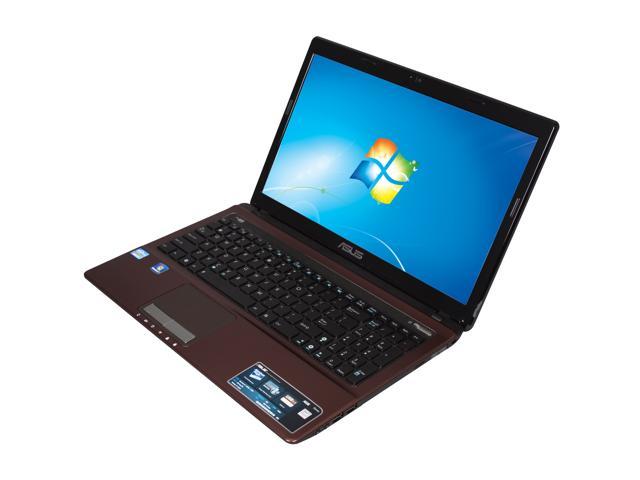 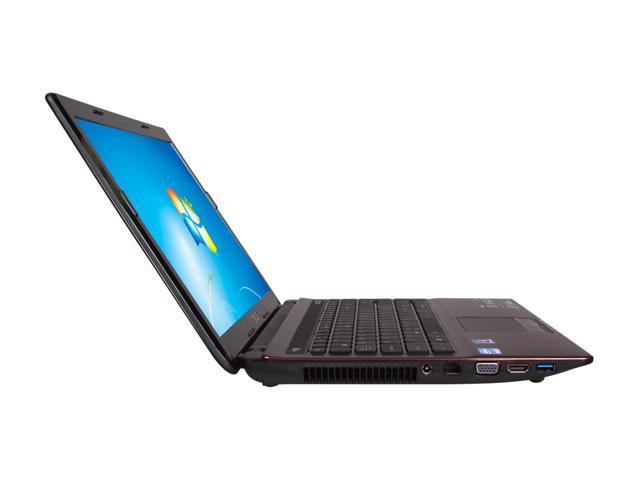 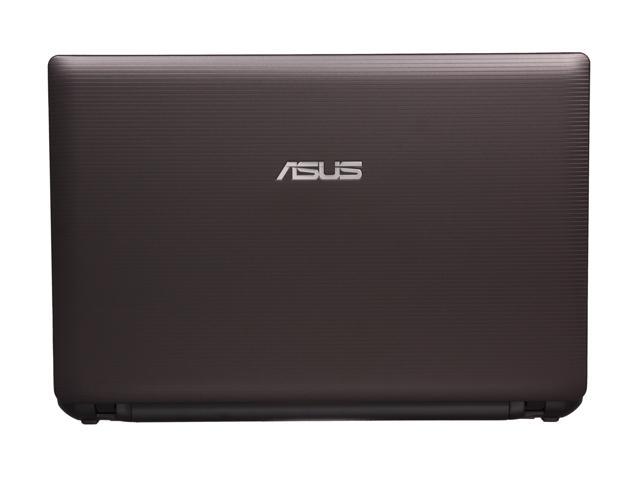 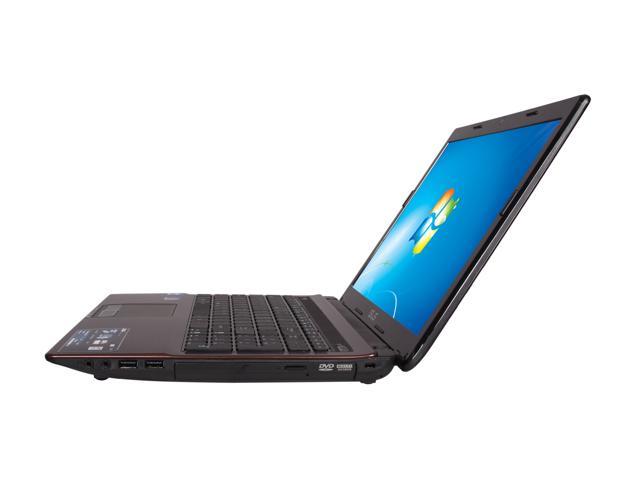 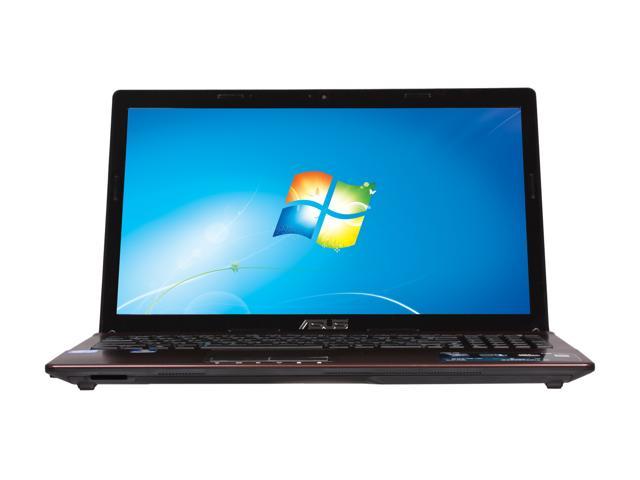 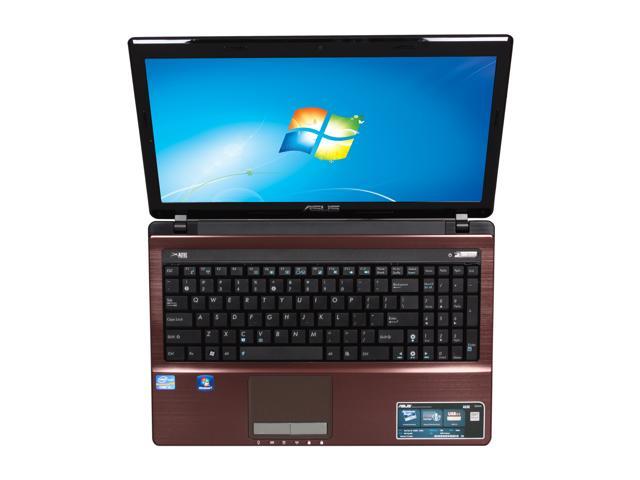 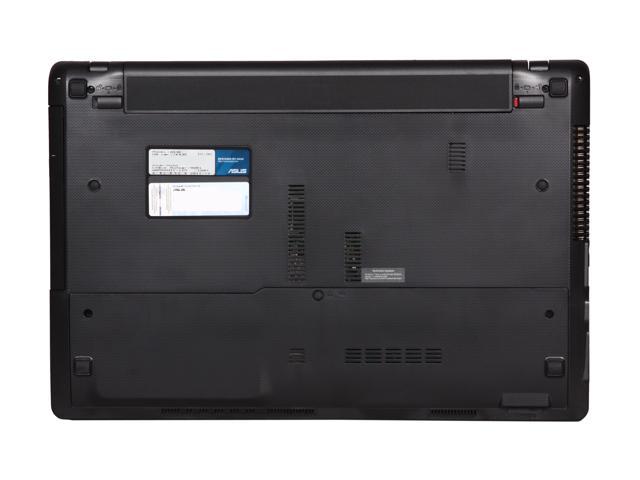 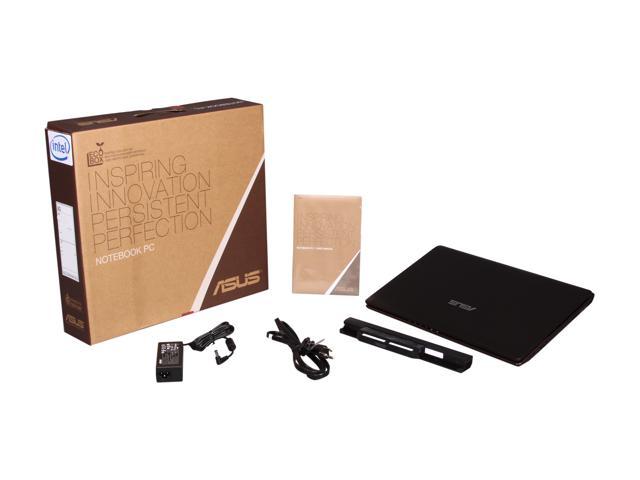 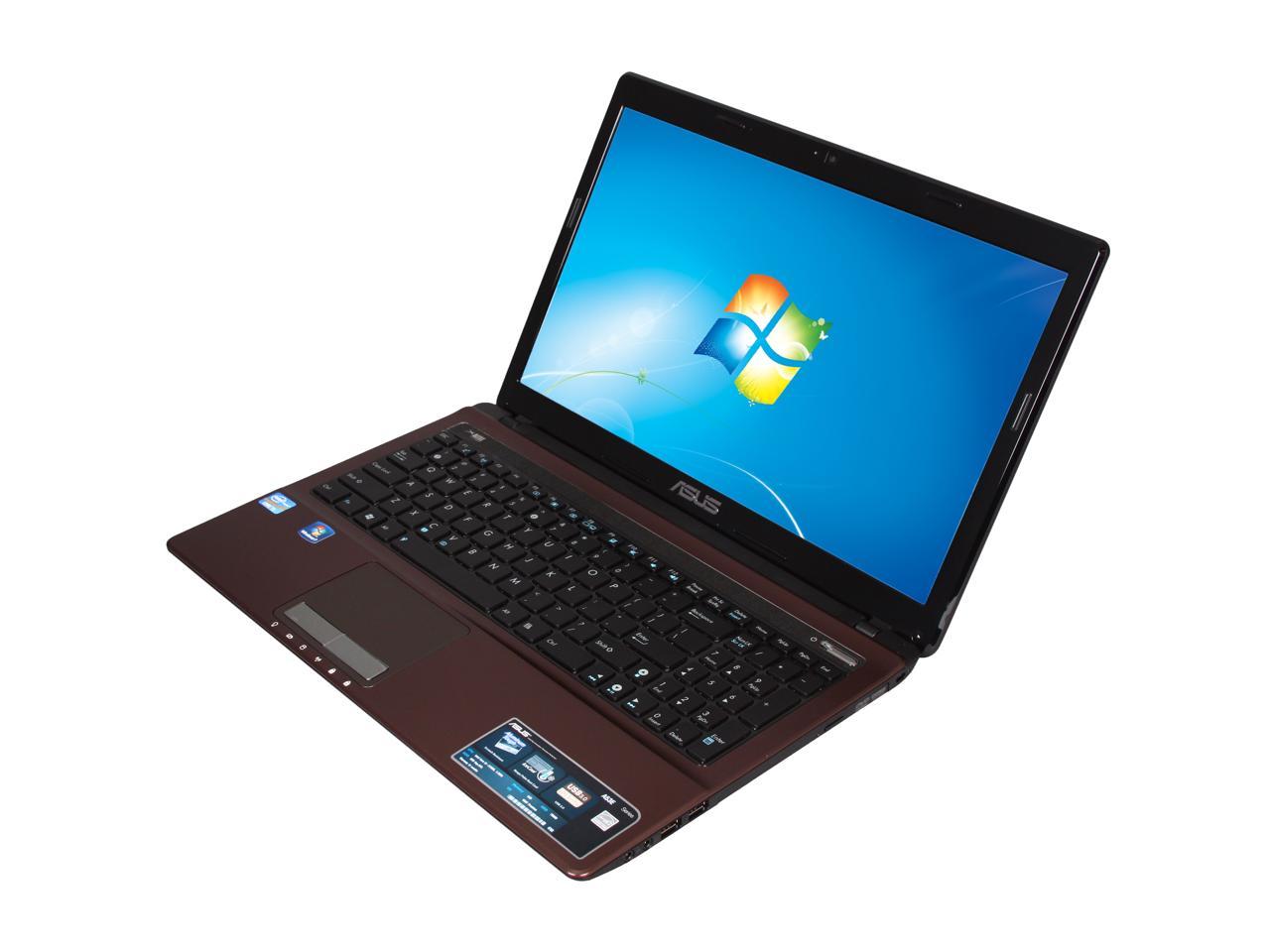 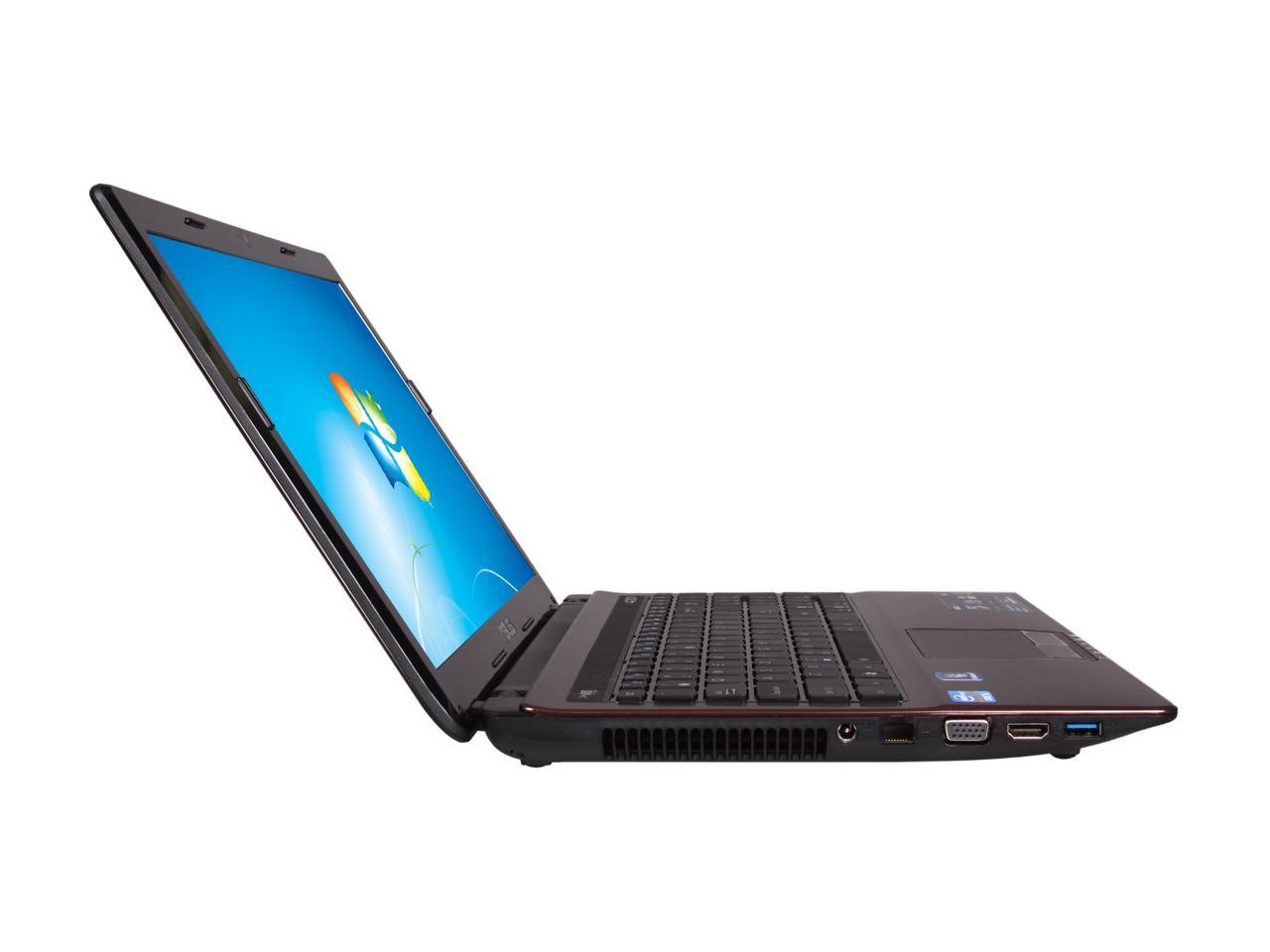 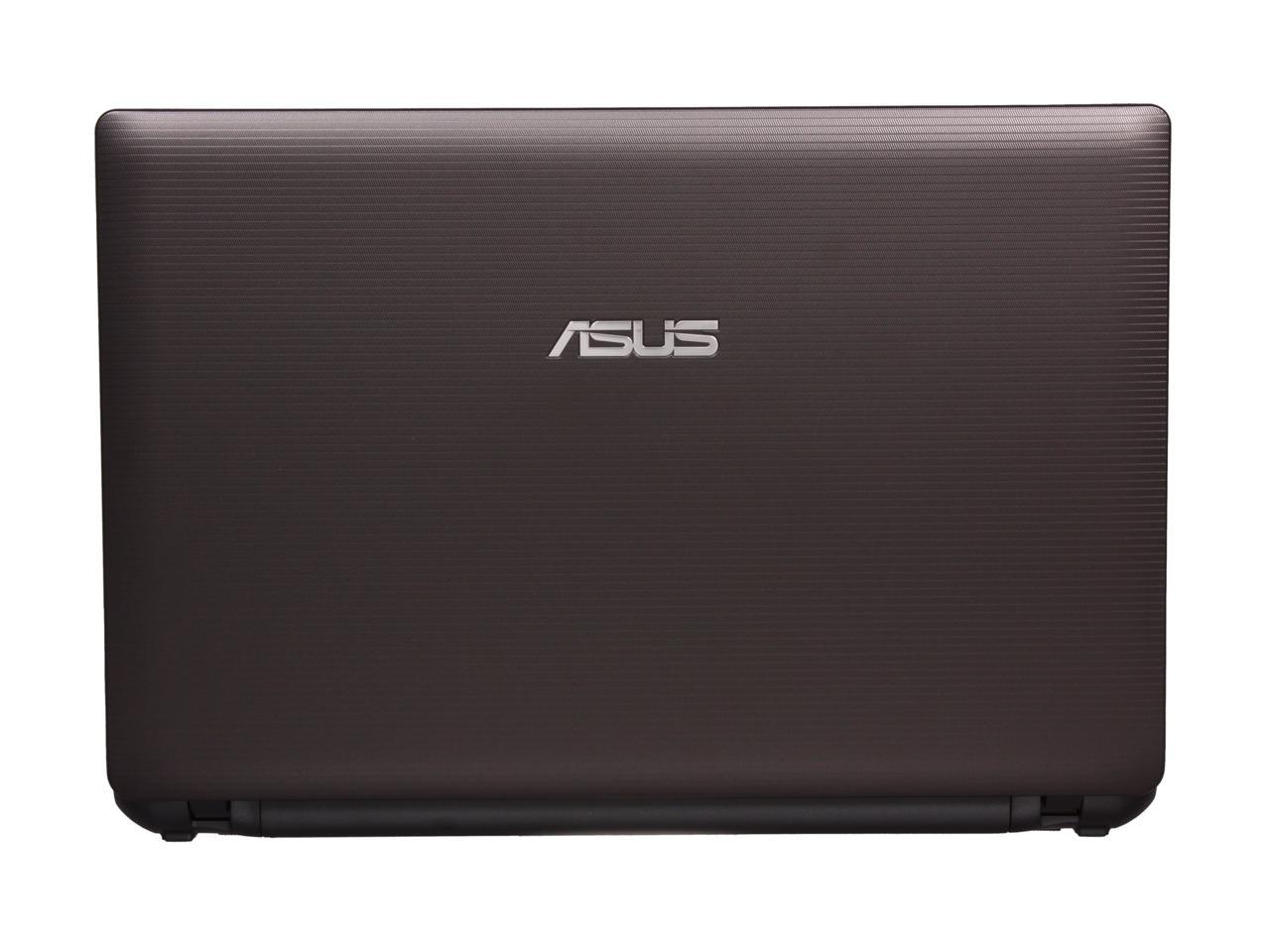 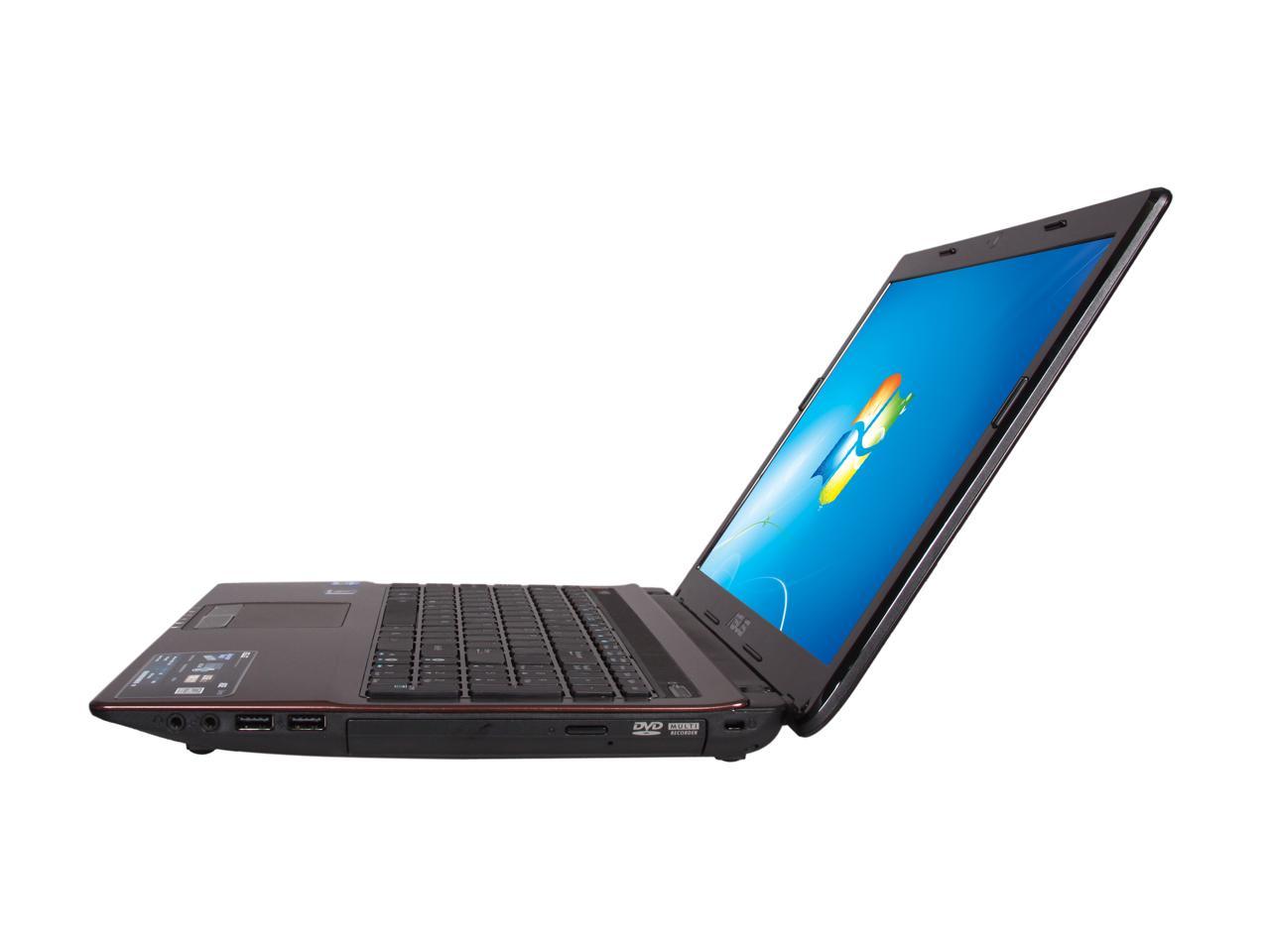 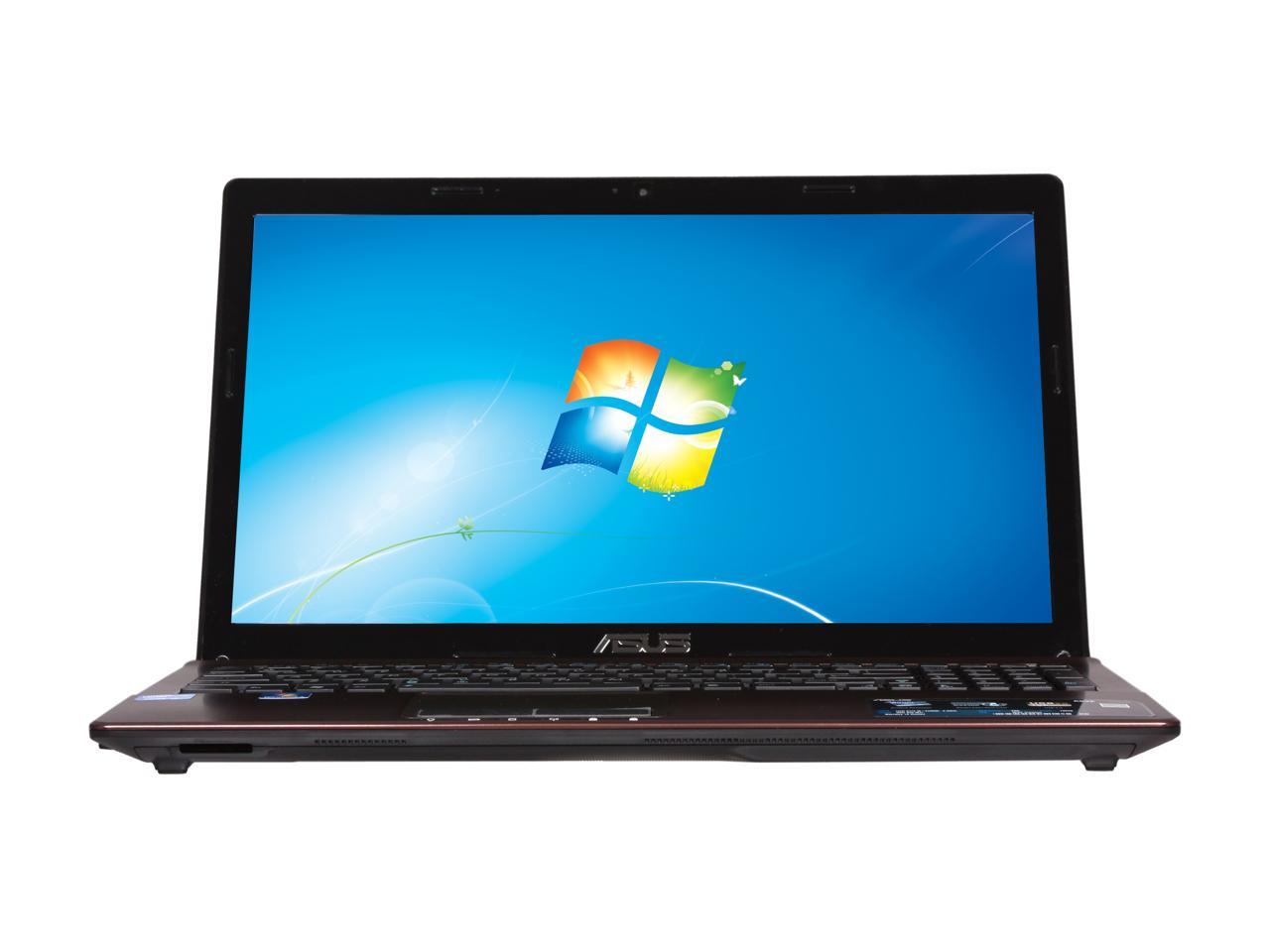 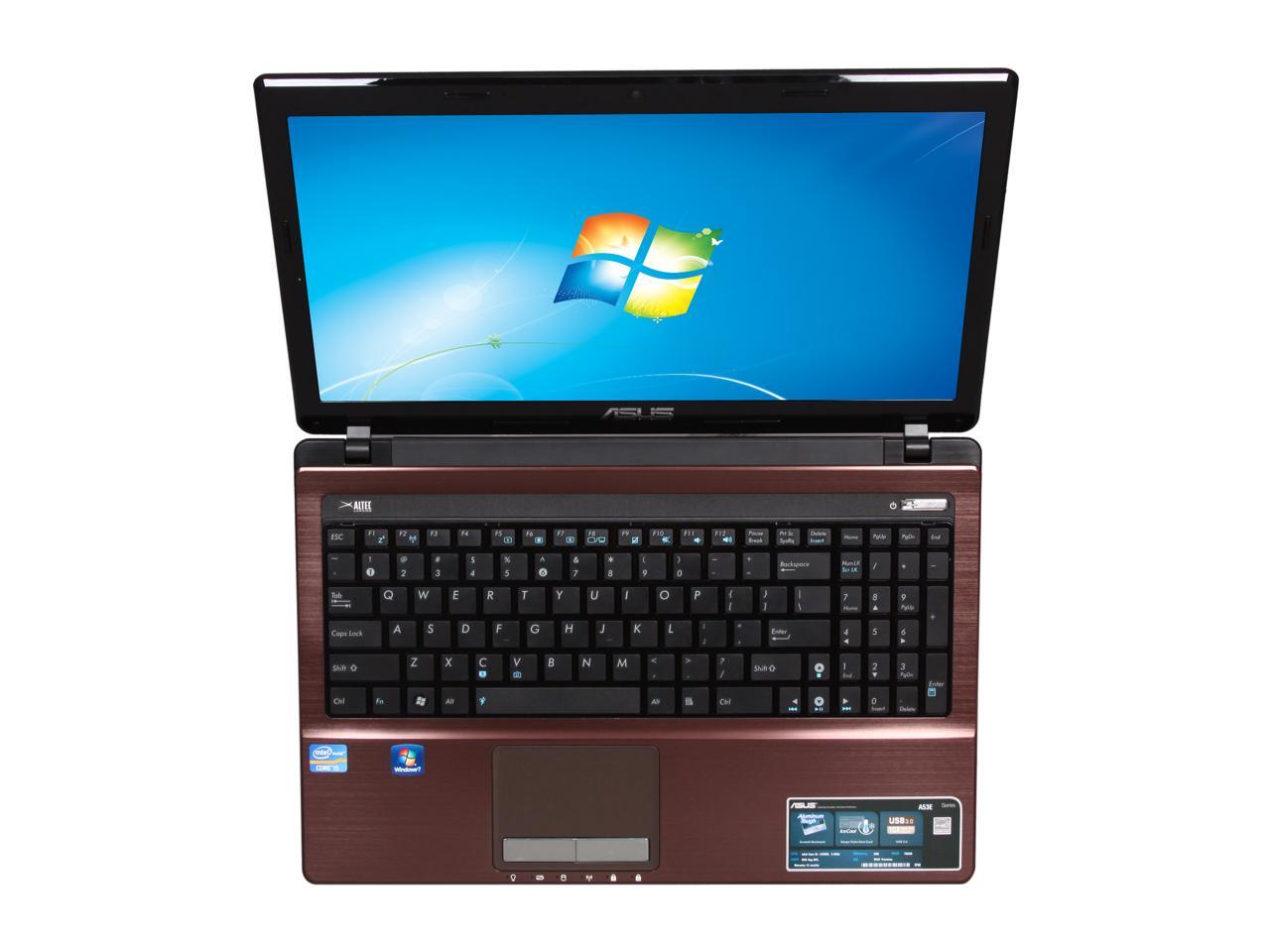 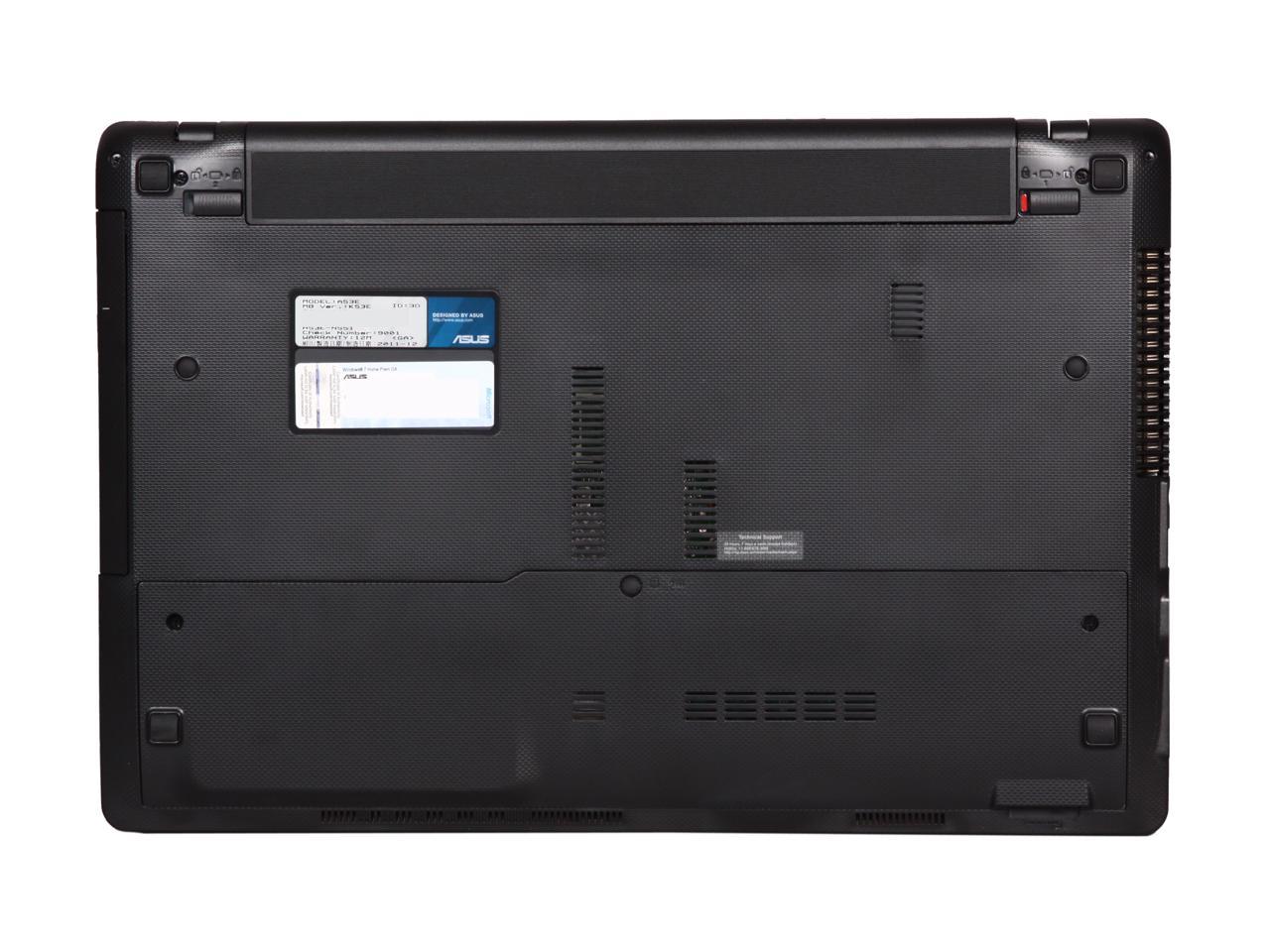 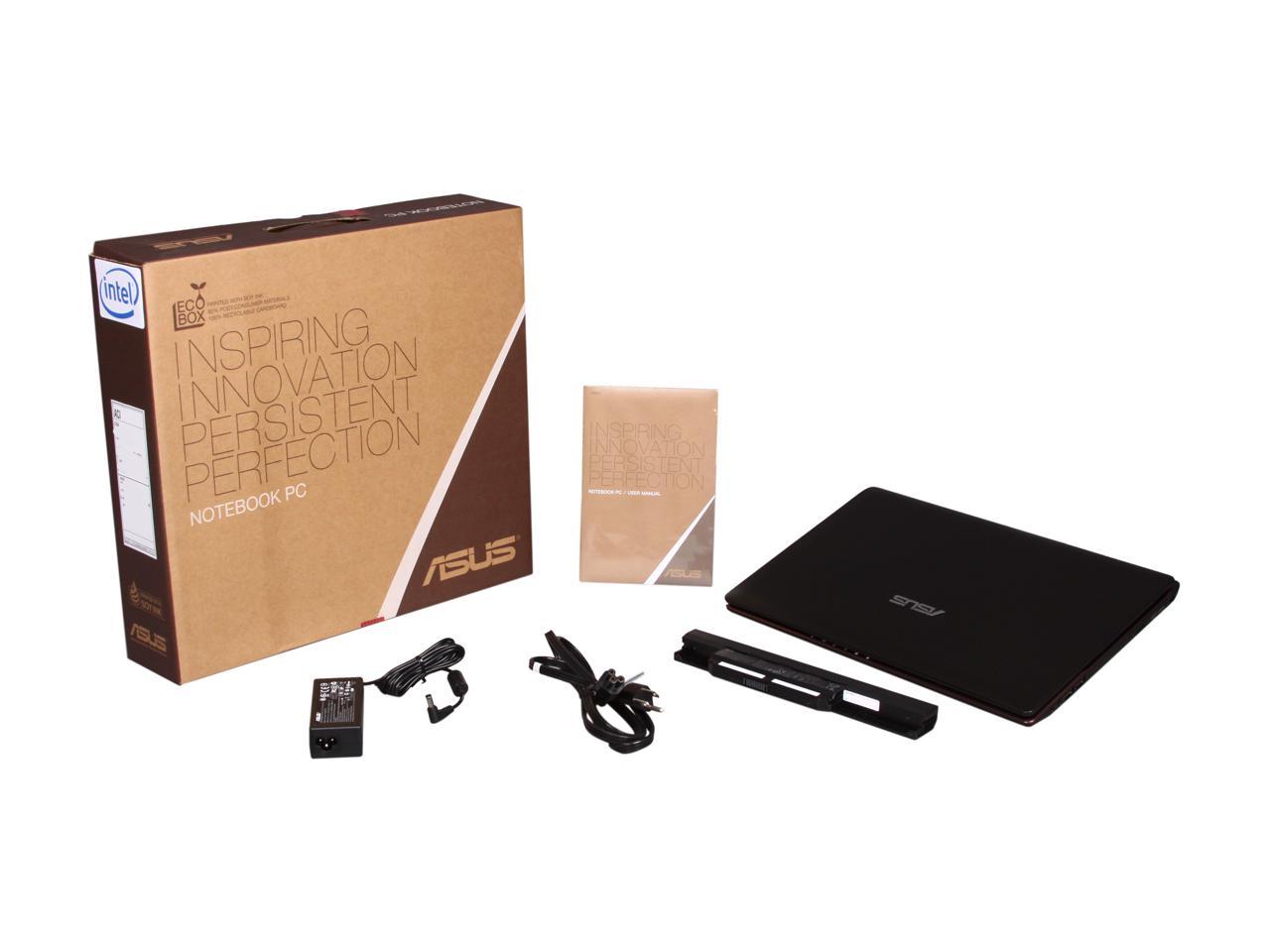 Learn more about the ASUS A53E-NS51

Pros: -Lowest Priced ASUS with i5 (quadcore) on Newegg. -QuadCore, 6GB RAM. 750GB Hard Drive... For the average user, this hard drive is "too much space". Meaning you will never fill it. Which is good, you will never have to worry about running out of room. 6GB of RAM is, imo, the bare min of RAM. It is good, I would throw in another 2GB. But it is plenty for the average user. At todays market, I wouldn't buy anything with less than 6GB RAM. The 3MB L3 cache is nice too. Comes with HDMI output, which is a requirement nowadays. It's 2012 not 1996! I hate companies who skimp on the "todays" stuff. Bluetooth 3.0 is a plus too. -Widescreen. -Number pad on right side of keyboard! (not all laptops have a number pad!) Might sound little, but for me, I wouldn't buy a laptop that isn't widescreen or without the number pad.

Cons: Not many other reviews, considering this is probably the best ASUS pick as of right now. I guess people don't see what I see.. Quadcore (no less) with spot on specs, and the lowest price in the ASUS list with the i5... Specs don't specify the port speed of the RJ-45. Is it 10/100 or Gigabit (10/100/1000)??? Also doesn't specify the USB version/speed. Is it 2.0? I am assuming it is. Hard Drive is only 7200 rpm. I know this is standard on almost all computers (desktops and laptops) but years ago I was rocking a WesternDigital Raptor 10k rpm. I don't see WHY 10k rpm drives aren't more common than they are! Only comes with Win7 Premium.. I run Ultimate on all my machines, but it could be worse and give you a 32bit OS on 64bit processor. I had a Compaq do that. Really, what was Compaq thinking putting 32bit Vista on an AMD 64bit processor!

Overall Review: -Overall this laptop looks superb @Devious - Why are you crying about the graphics card and gaming on a laptop! Laptops aren't meant for gaming, except Alienware's laptops. If you want to game, build your own desktop. Crying because a laptop doesn't have a beast video card for gaming is the most absurd thing I have ever heard and doesn't make any sense! So everyone else, don't pay any attention to his negative remarks. My ONLY brand of choice for laptops is ASUS. I will never own an HP, Dell, or anything else again! This, at least on newegg, is the cheapest ASUS that comes with a quad-core processor (the i5). I wouldn't get anything less than a quad-core as of now. Sorting lowest to highest, this is the laptop to get! And your complaining about the LAN port on the side... Most of all the laptops I have seen/used have the port on the side just like this.. Sounds like you will never be happy and are one of those people that always has something to nit-pick about. Get this

Cons: Relatively Useless after hardware replacement. I purchased extended warranty from New Egg. The hard drive went bad and they replaced it quickly and installed Windows. Unfortunately, they did not replace it with all the ASUS drivers or do a factory (ASUS) install. I now have to install all that myself and can't find my recover/restore discs. What a pain?

Did you find this review helpful?
Manufacturer Response:
Dear Valued Customer, Thank you for the positive comment. I apologize for the inconvenience this may have caused you. ASUS provide a 90-day warranty for refurbished products. If the laptop is still under warranty and you need further assistance, please email me at cl-rodel@asus.com and write down service# 3738808 on the subject line. Thank you for choosing an ASUS product. Regards, Rodel ASUS Customer Loyalty
Ryon M.
Ownership: less than 1 day
Verified Owner
Very Promising3/6/2012 12:05:33 PM

Pros: This computer looks very promising, and compared to the HP Pavilion DV6-6C14NR it appears to be superior to equal in every measurable way.

Cons: None that I can see

Overall Review: Something really confused me when I tried to look up this computer on Asus's site. Now, from the pictures Newegg posted the Model # was A53E and the Motherboard # was K53E. You would normally look up a PC by it's Model #, but for this one it was organized by it's MB # on Asus's site. From what I have seen from other Asus model's these two #'s generally correlate, leaving no room for this confusion. I am just not sure if Newegg would like to mention this or not, but basically I wanted to look the model up so that I could get more details on the battery life; which I didn't get much other than it produced basically the same KW/hr as the HP battery, which should mean that they can both get up to 6 1/2 hours of battery life, but this is purely speculation.

Pros: great product. I won't buy any other brand besides Asus. @ Devious - You bought this laptop w/o looking at what type of graphics card you were getting. Asus makes laptops w/ the appropriate graphic cards to play games, such as Rift, Tera, etc. and they look great and can handle games at normal to high settings. You need to be looking for graphic cards such as Nvidia GT 540M or other similarly named cards. Also want to have about 1gig of video memory on the card as well.

Cons: miss my 17" screen, but don't miss the excess weight. I lied, I have an Asus G50 Vt, which is an older gaming laptop and the graphics card died recently. I was looking to upgrade and came across this post and had to respond to Devious and others that don't think laptops can be used for gaming. *** Yes, I know laptops aren't the best for gaming, but sometimes there are situations where people have to use a laptop. ***

Overall Review: suggest you look at the specs on the Asus A53SV-TH71, which is a gaming laptop. Look for the Republic of Gamers symbol on the Asus laptops.

Cons: Shared Video Memory Speakers should be louder No Blu-ray drive LAN port location, prefer if it were in the back

Overall Review: Purchased on: 5/22/2012, Received: 5/23/2012 I would recommend this to people that don't expect to play high graphic video games since it does not have a decent video card. I am able to play Counter-Strike: Source with low graphics, and also Rift with low graphics. I haven't tried other games yet. Mostly I see myself using this to code, browse the internet, and probably listen to music or watch movies occasionally. I leave playing video games to my PC. Overall I am happy with my purchase, though I do think it should have been a little cheaper considering the video card and screen size.