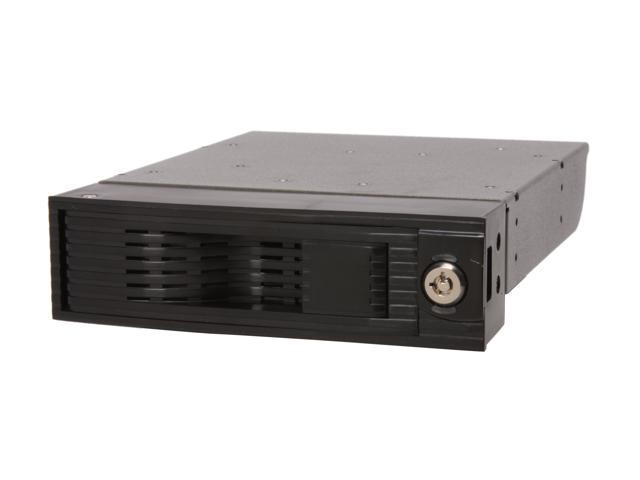 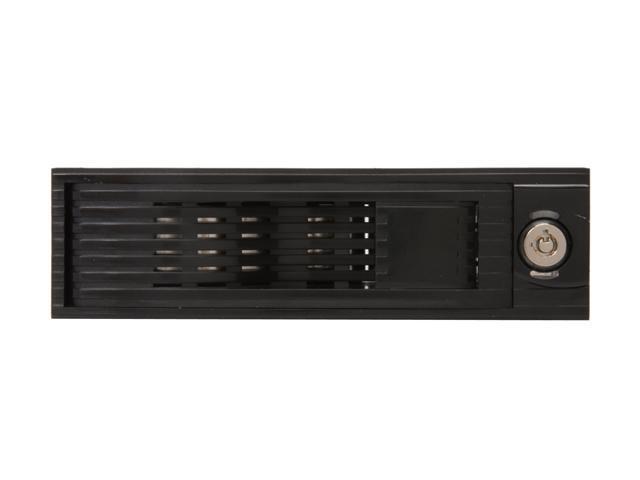 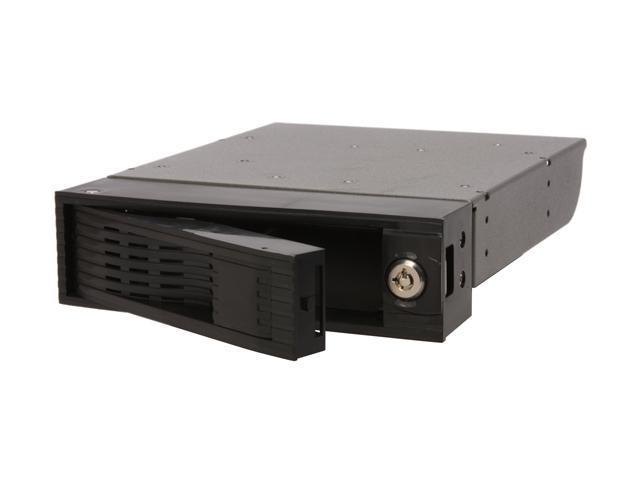 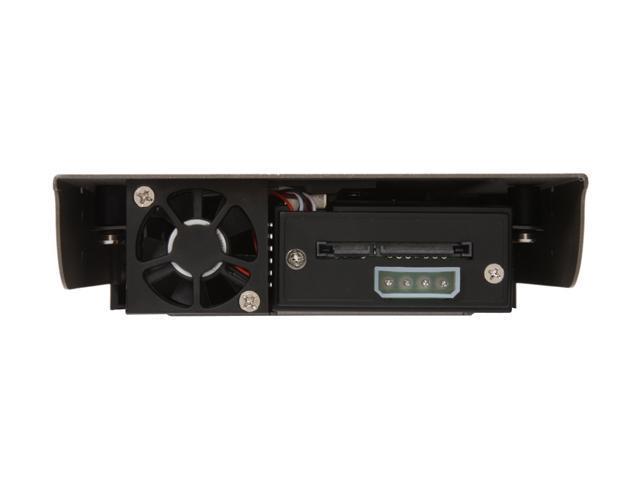 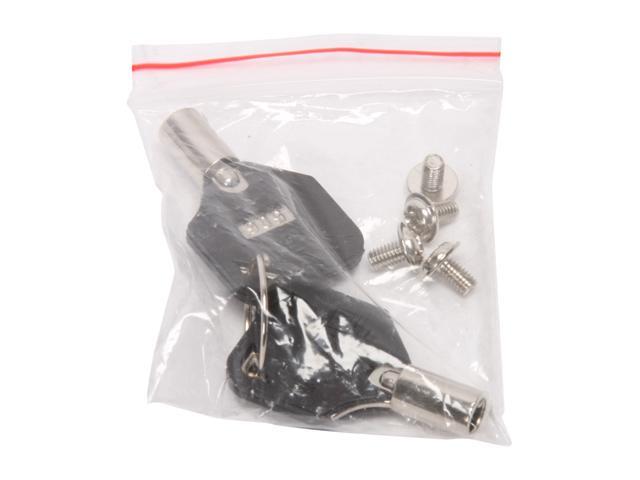 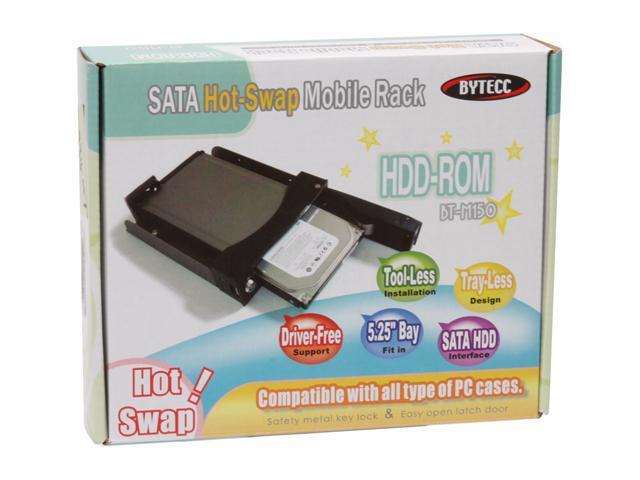 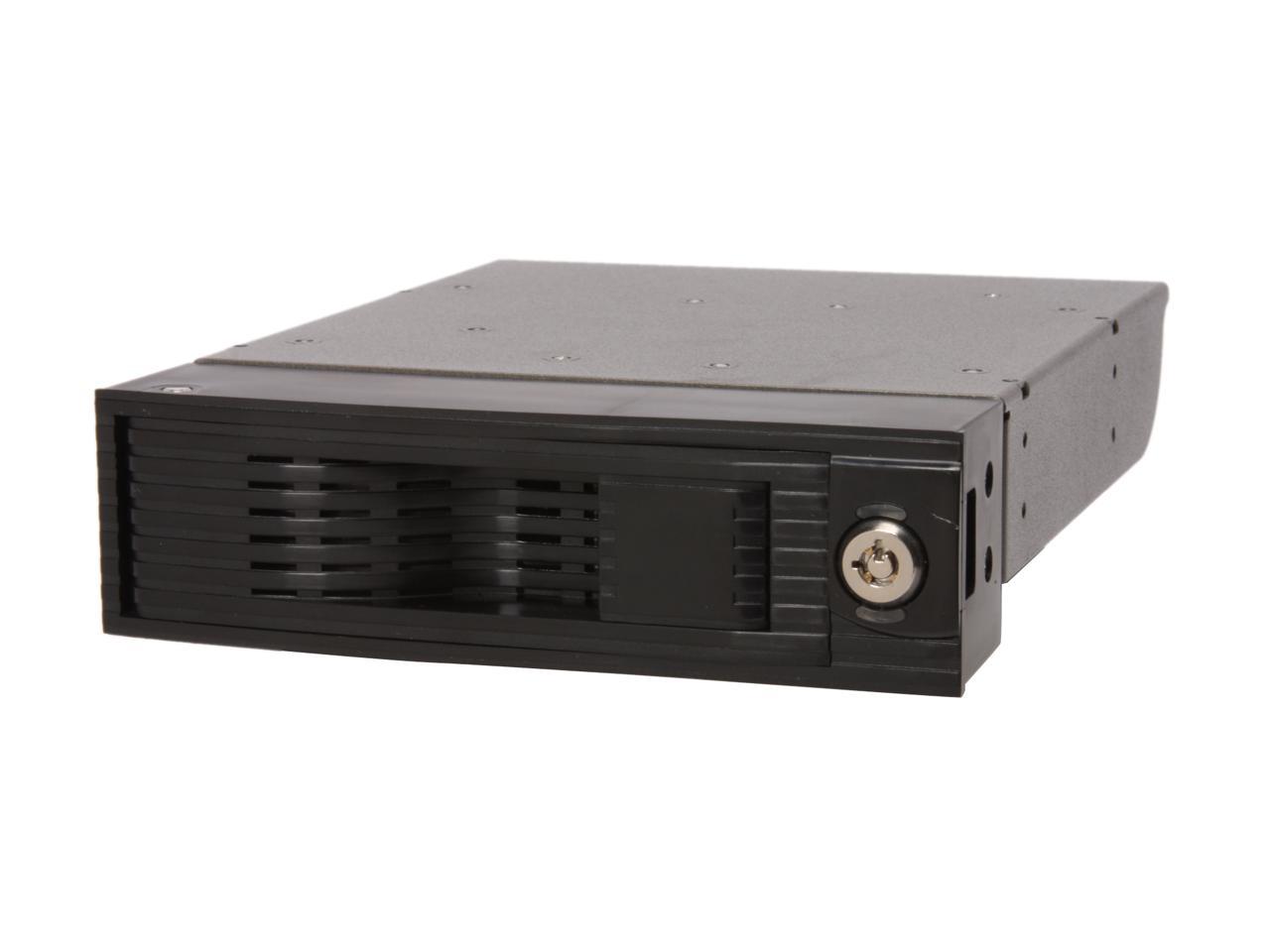 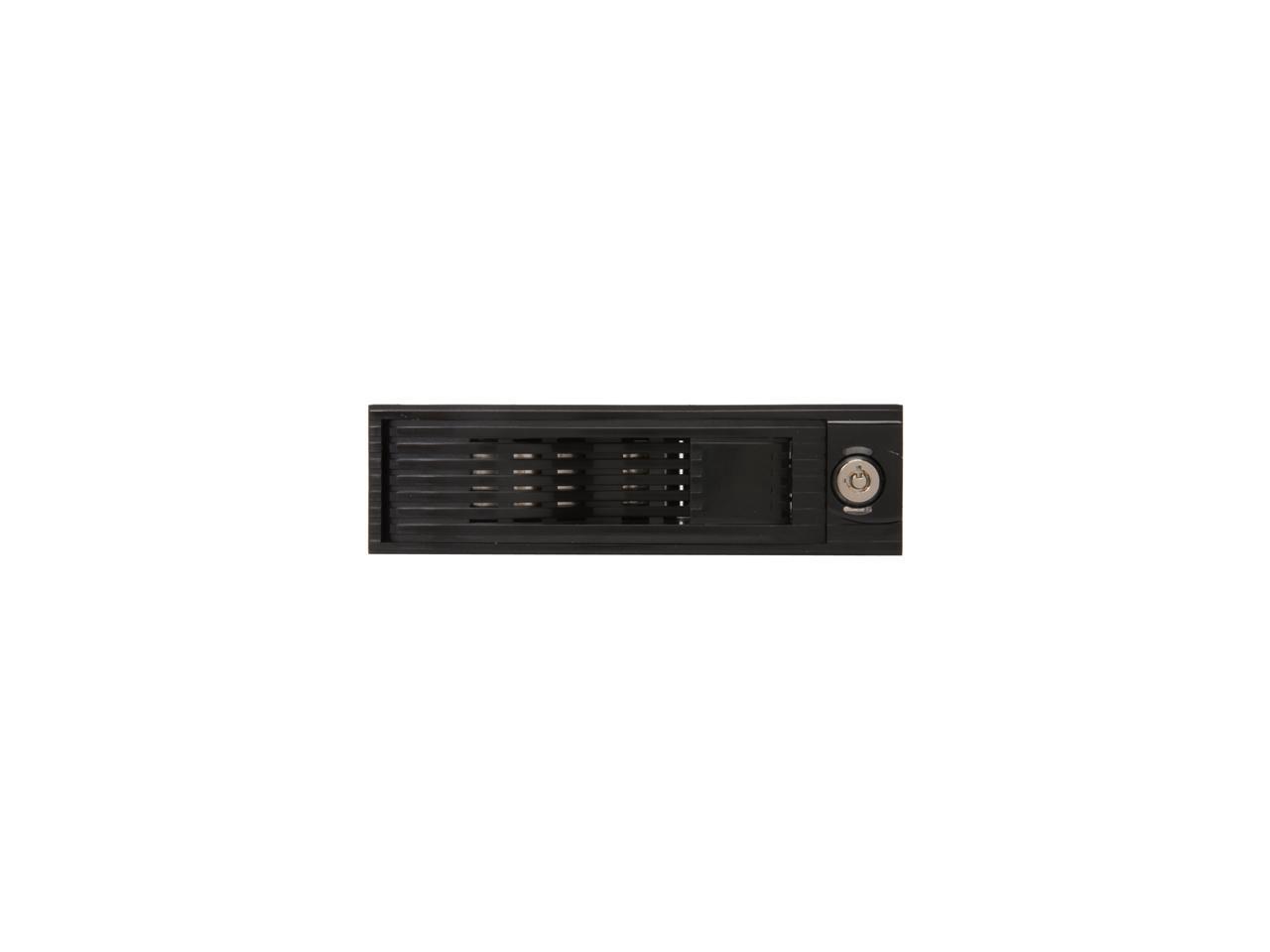 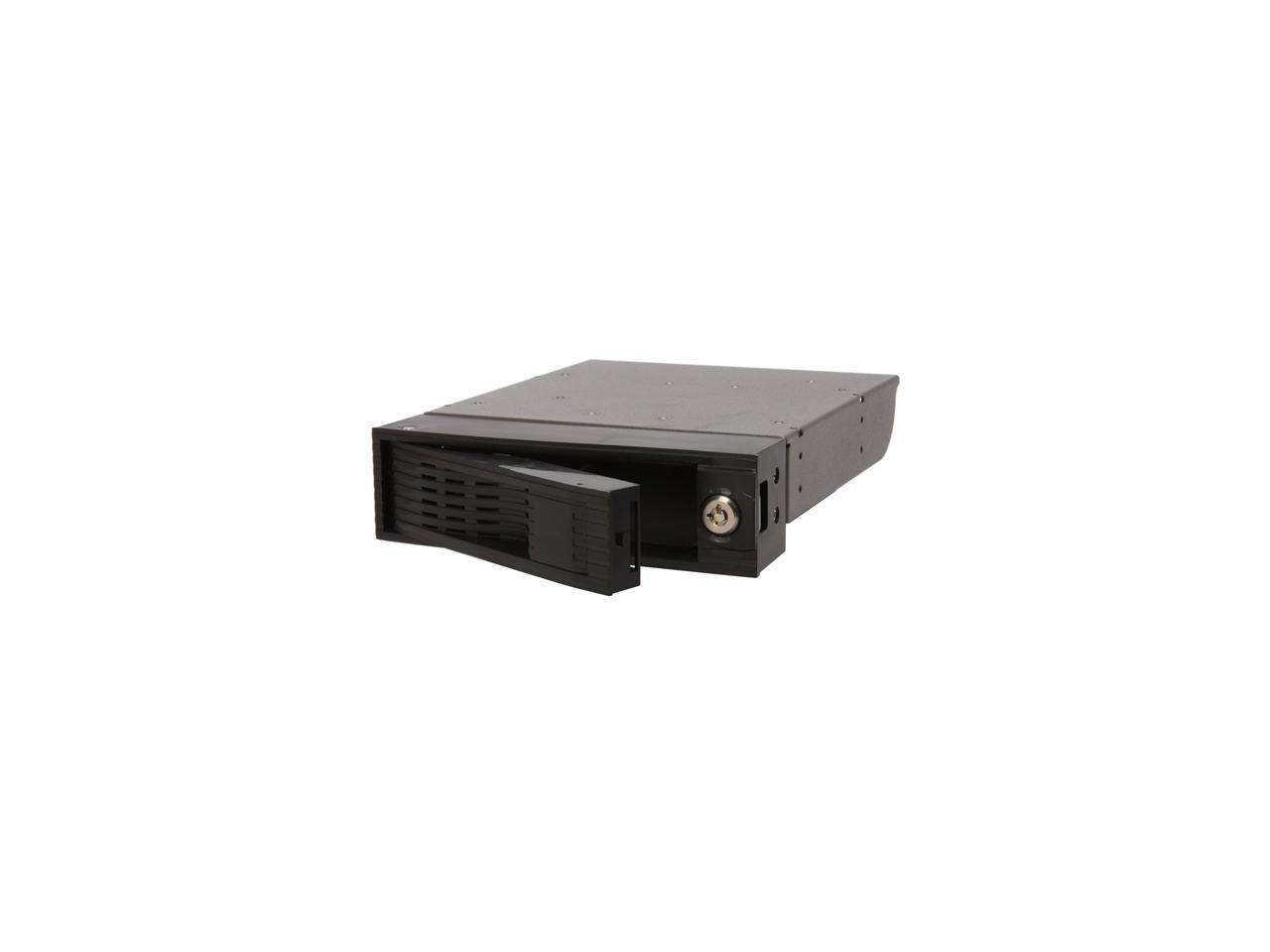 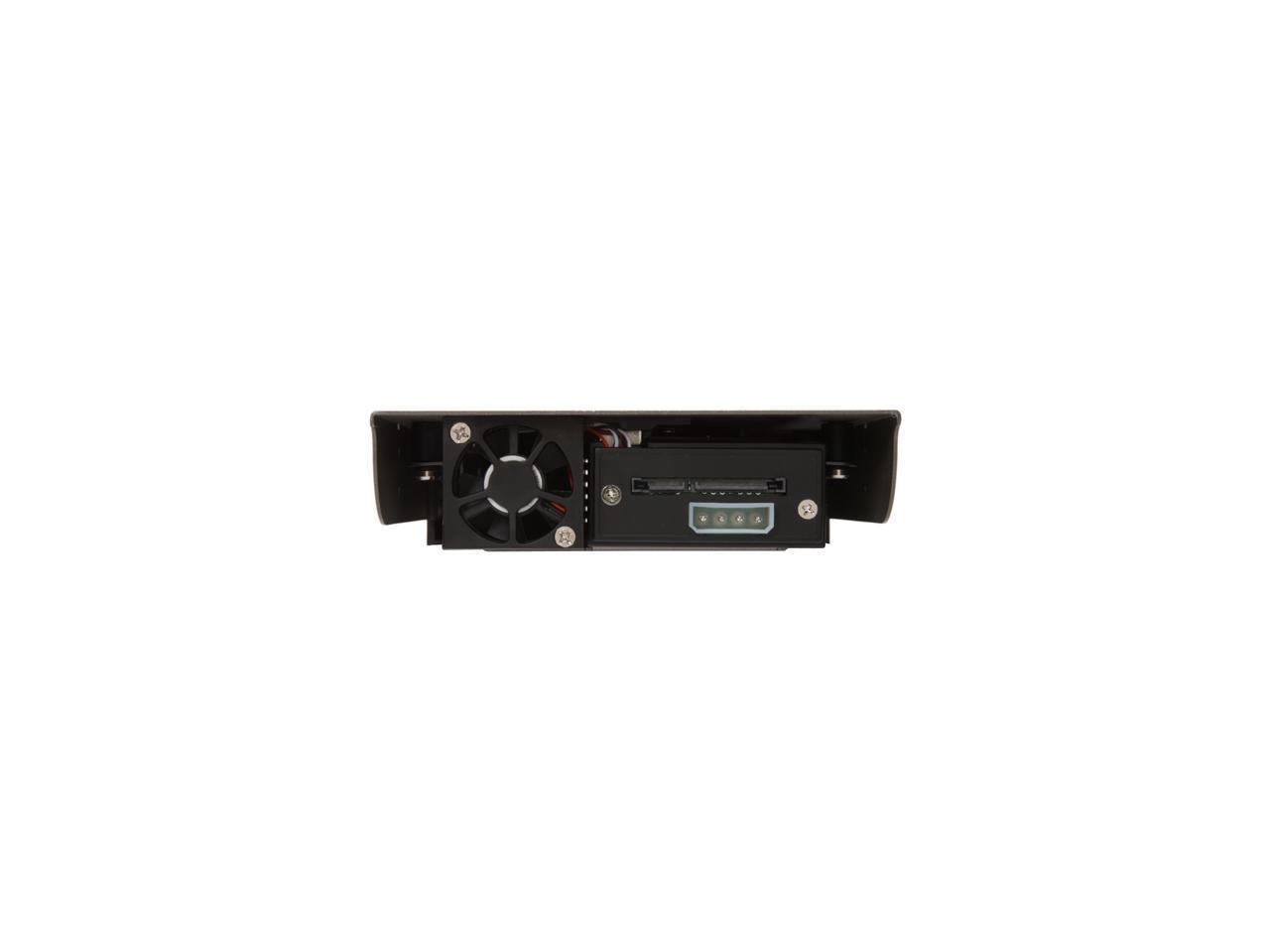 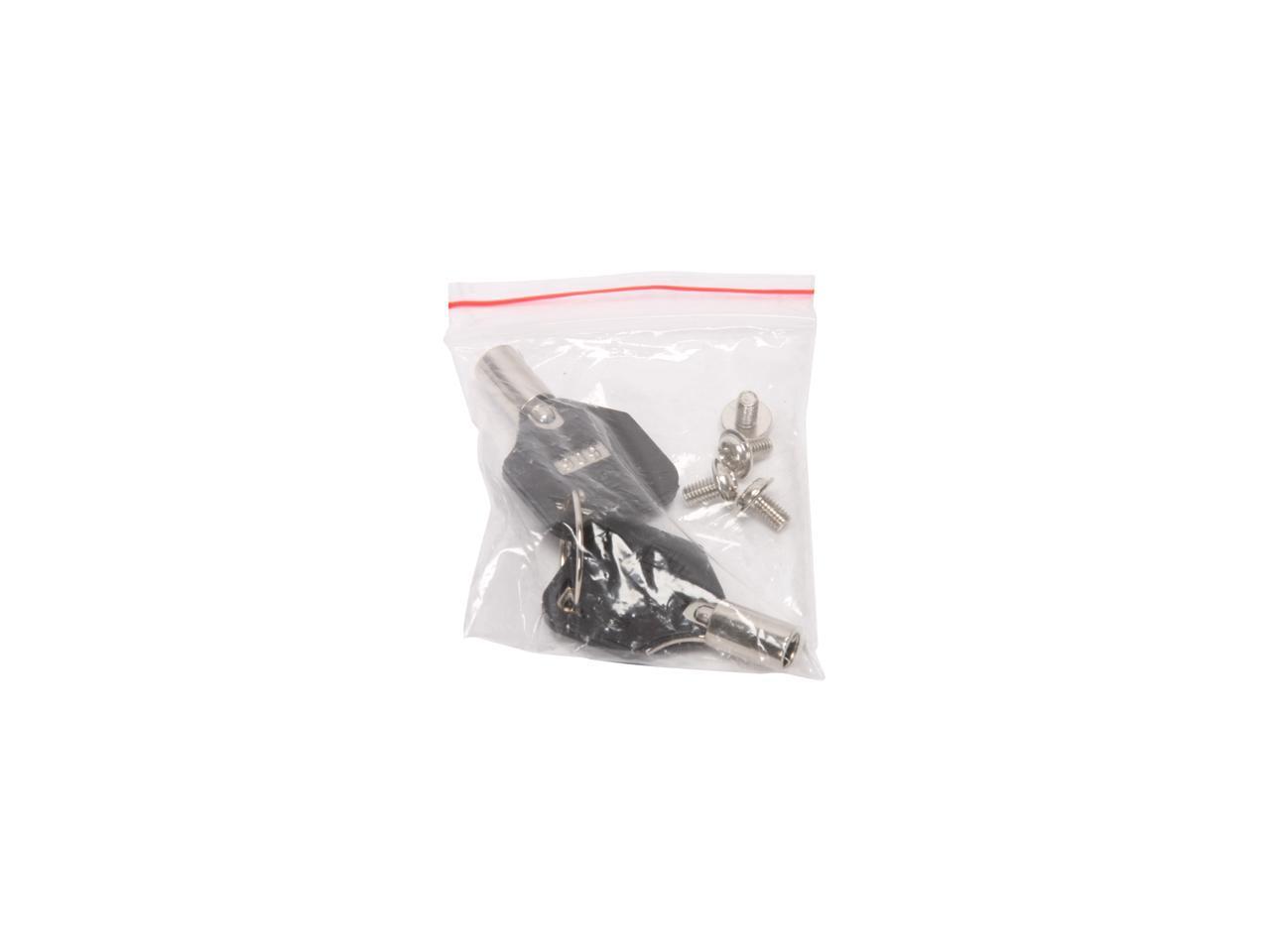 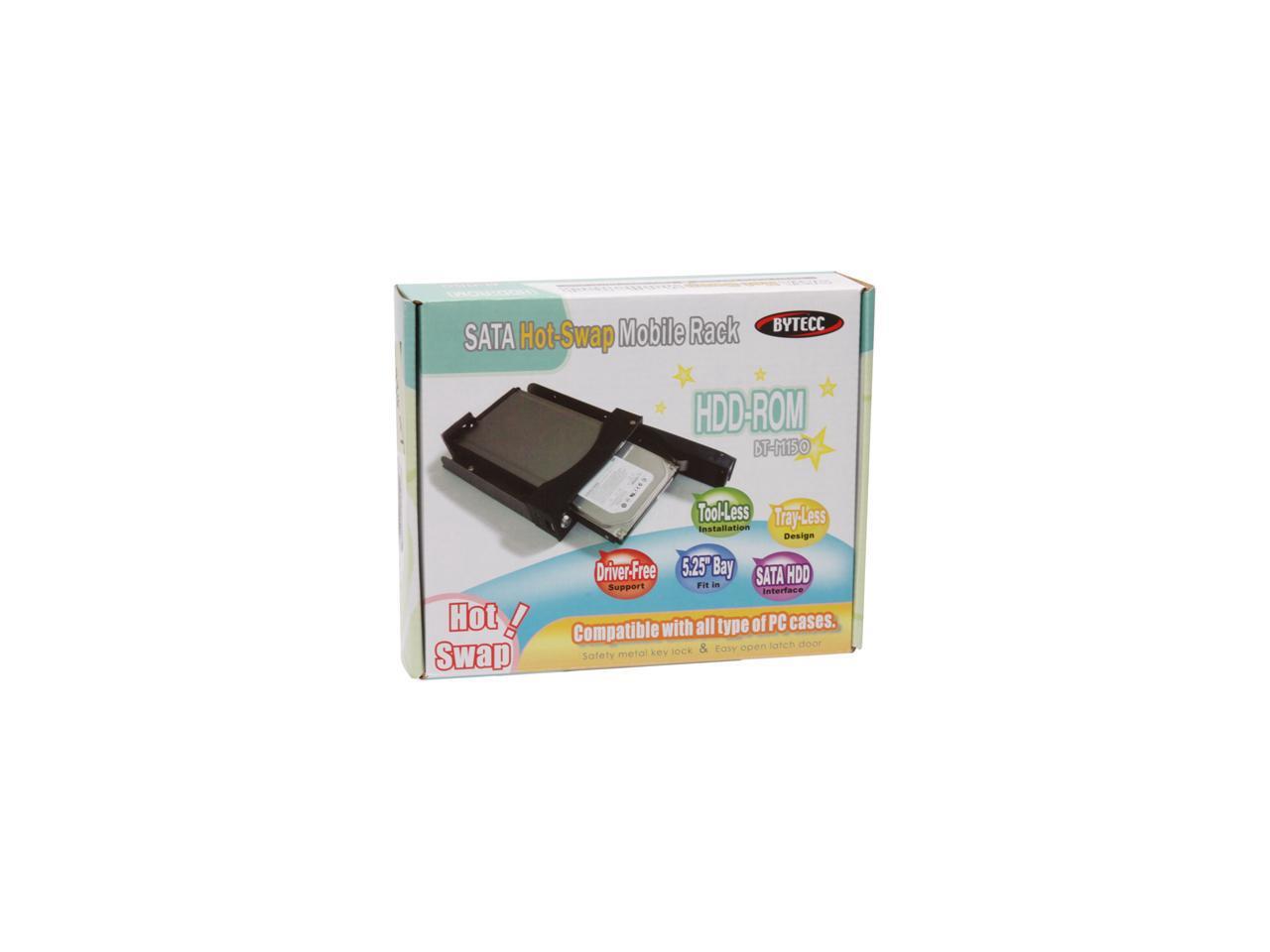 Pros: Since I have a few spare SATA drives of useful capacity, I lept on this idea when a friend mentioned getting a similar product. It was out of stock so I got this one, but I have zero complaints. The drive is held snugly inside but is easy to remove. Performance is equivalent to having another internal drive. Lockable front if security is a question for you, but it latches closed even without.

Cons: It needs both a SATA and a Molex power connector: I don't know what the latter does outside of run the LED.

Overall Review: A note to those using this in Windows: It doesn't just autoconnect like a normal external drive, so you'll likely have to go into Drive Manager and scan for it when you hot swap. Not the device's fault, just a warning for those not used to it.

Pros: Solid construction -- heavy and sturdy. Worked like a charm 15 seconds after unpacking.

Overall Review: I use this instead of a tape backup unit in one server. Rotate through 10 drives, saves a ton of money and time.

Cons: Needs two power cables (molex for light etc + sata). Power seems to connect directly to hdd (via built in coupler). Lock does not switch power. Sata was made for hotswap, and it will probably give me years of successful use without issue; however, being able to switch power to the drive before removal/after insertion makes me feel safer.

Overall Review: I read a similar review on another brand (which admittedly looked very similar). I instead chose to go with this one, which I believe cost a few extra bucks. After hooking it up, I confirmed that it has the same problem. It is not big enough an issue to justify returning it (see cons)... for half what I payed to ship it back. However, had I known this before... I would not have ordered it.

Pros: This does exactly what I bought it to do...the bays lock to prevent accidental opening and the blue light flashes when the drive is in use.

Cons: These do not come with any sort of guide to explain the lights. Out of the four I purchased one of them has the blue light on solidly and the red light is glowing pink. No clue what that means. Does it mean not enough power? Does it mean the fan isn't functioning properly? The drive seems to read properly. Also, BE CAREFUL to wait a minute after opening the bay because the drive components may still be spinning.

Pros: don't need to lock it for it to work, solid casing, door is solid

Cons: Fan went into screech mode after about 6 months

Overall Review: Disconnected fan and it seems to run fine without it.

Cons: Does not work for solid state hard drives with provided mounting bracket. no eggs off because this product is not supposed to fit SSDs, but it would have been nice! Of the five I have purchased, only one of them had a problem. The HDD activity LED stopped working after 5 months. No eggs off, as this was probably a power surge related fault.

Overall Review: Purchased five of these to make secondary boot drives for security purposes in work environment. Works excellent, never had a problem swapping drives. Door feels flimsy, but is secure and actually quite intelligent in its design. Other drive bays similar to this work with very flimsy spring loaded doors that usually break after a few swaps. This tray has very high quality ejection lever and I never have to fish a drive out. The metal enclosure really protects the drive and can take a beating! I dropped one bay on the floor before installation and everything was perfect! The fan keeps hard drive cool as a cucumber. Best swap bay I've used in a decade!

Pros: Works good for 2 years. I have taken all four of mine out of service.

Cons: The fans wear out quickly. If you buy one of these, buy spare fans. Even though these devices have a key lock it is useless. I can pull the door open regardless. Additionally the fan is on even though there is no drive inside. Save yourself the trouble, stay away from these.

Overall Review: If the doors were made out of metal they might lock better. If these were 100% aluminum, had better fans and locked solidly I would recommend.