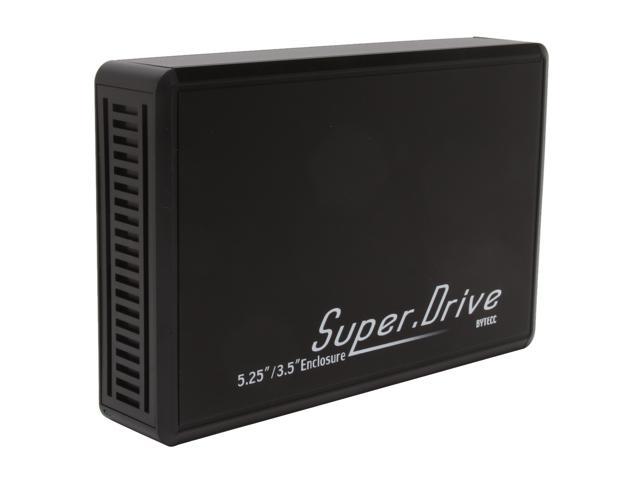 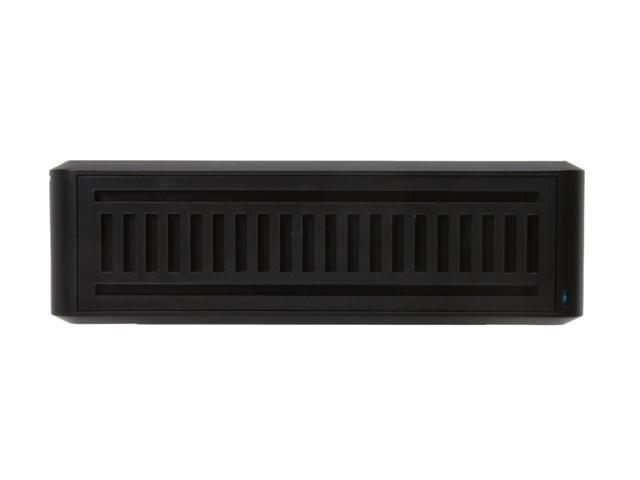 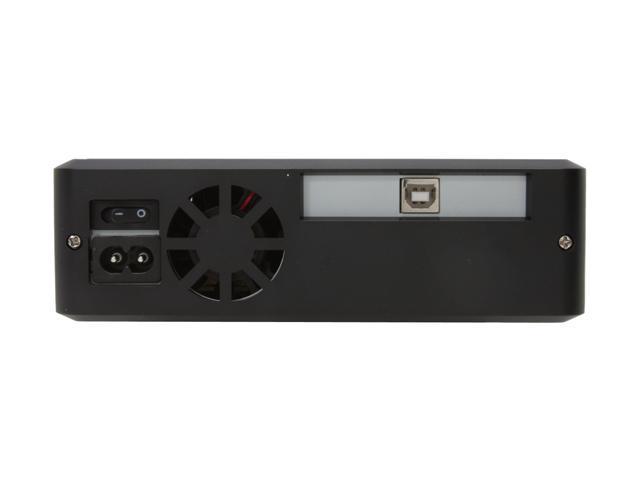 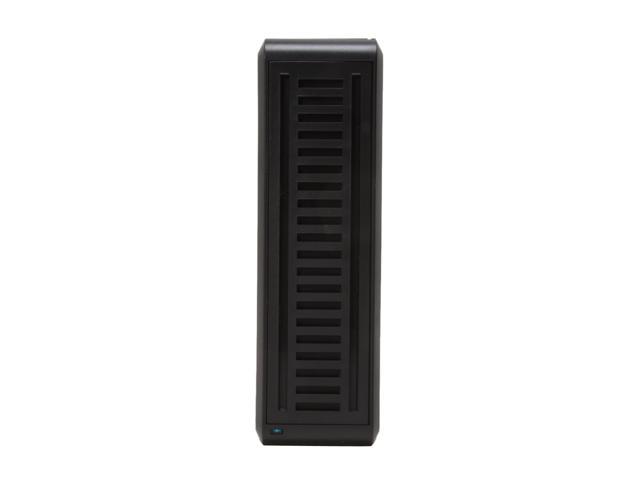 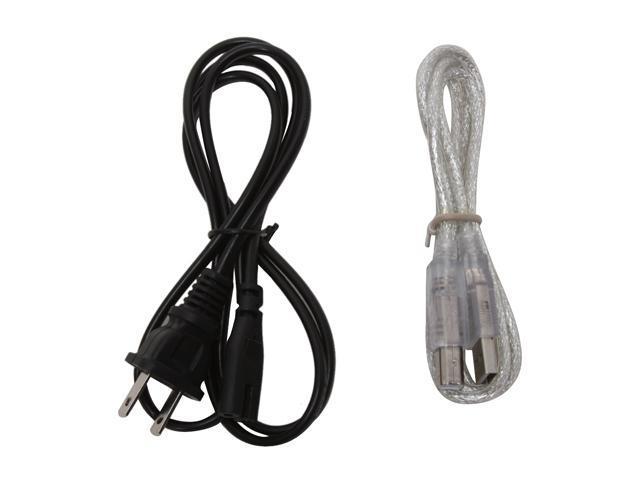 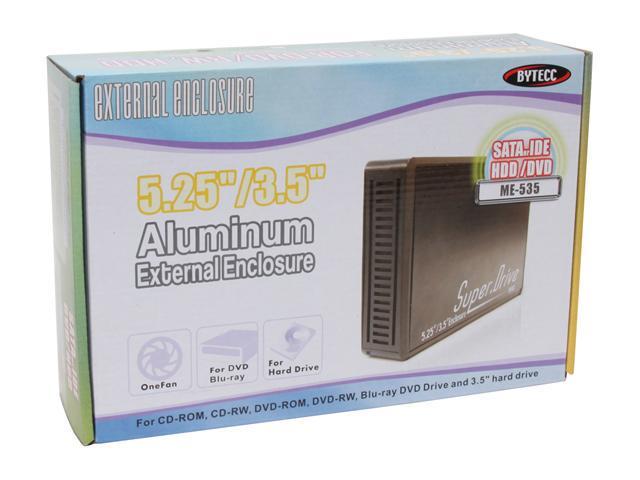 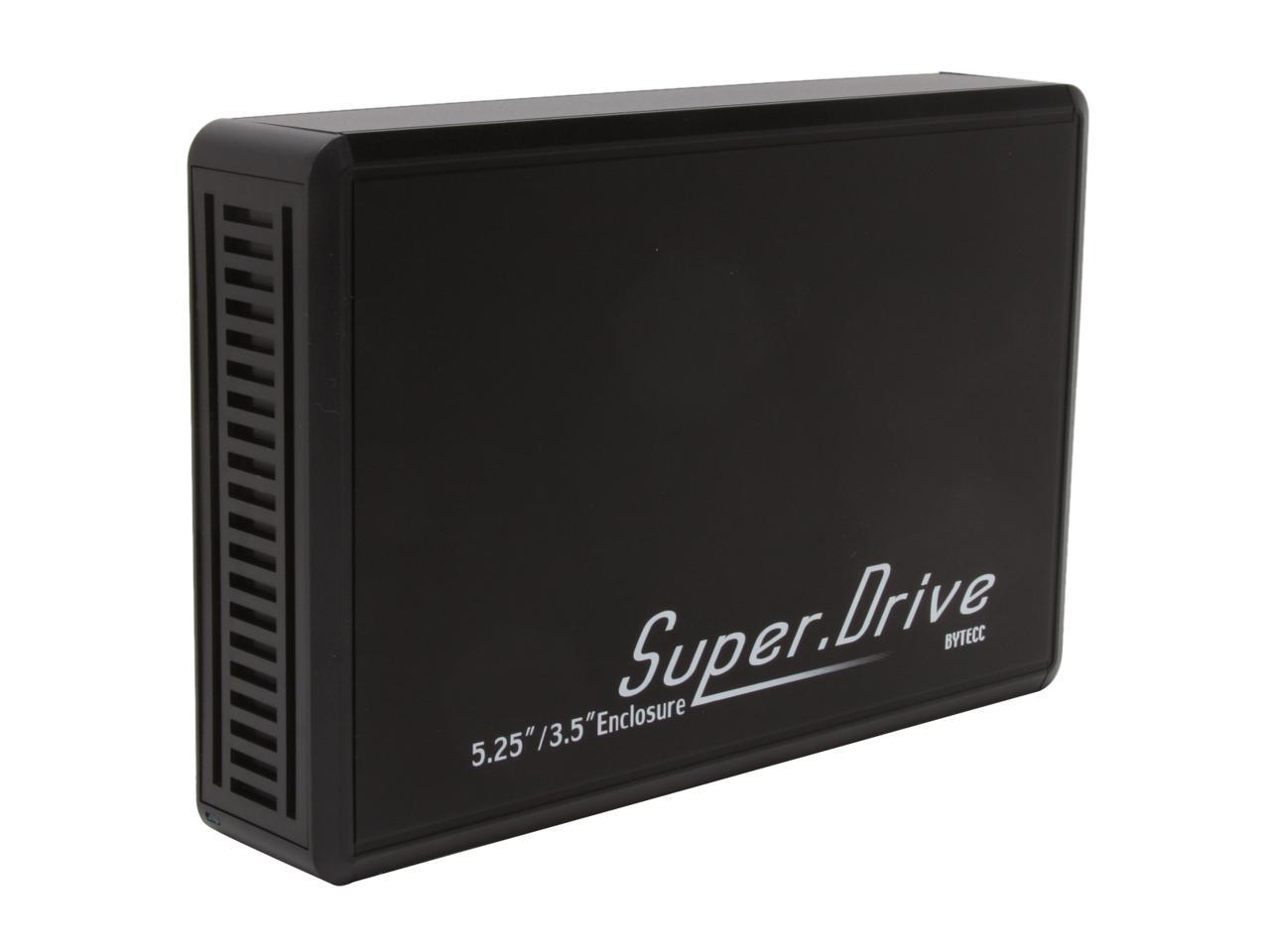 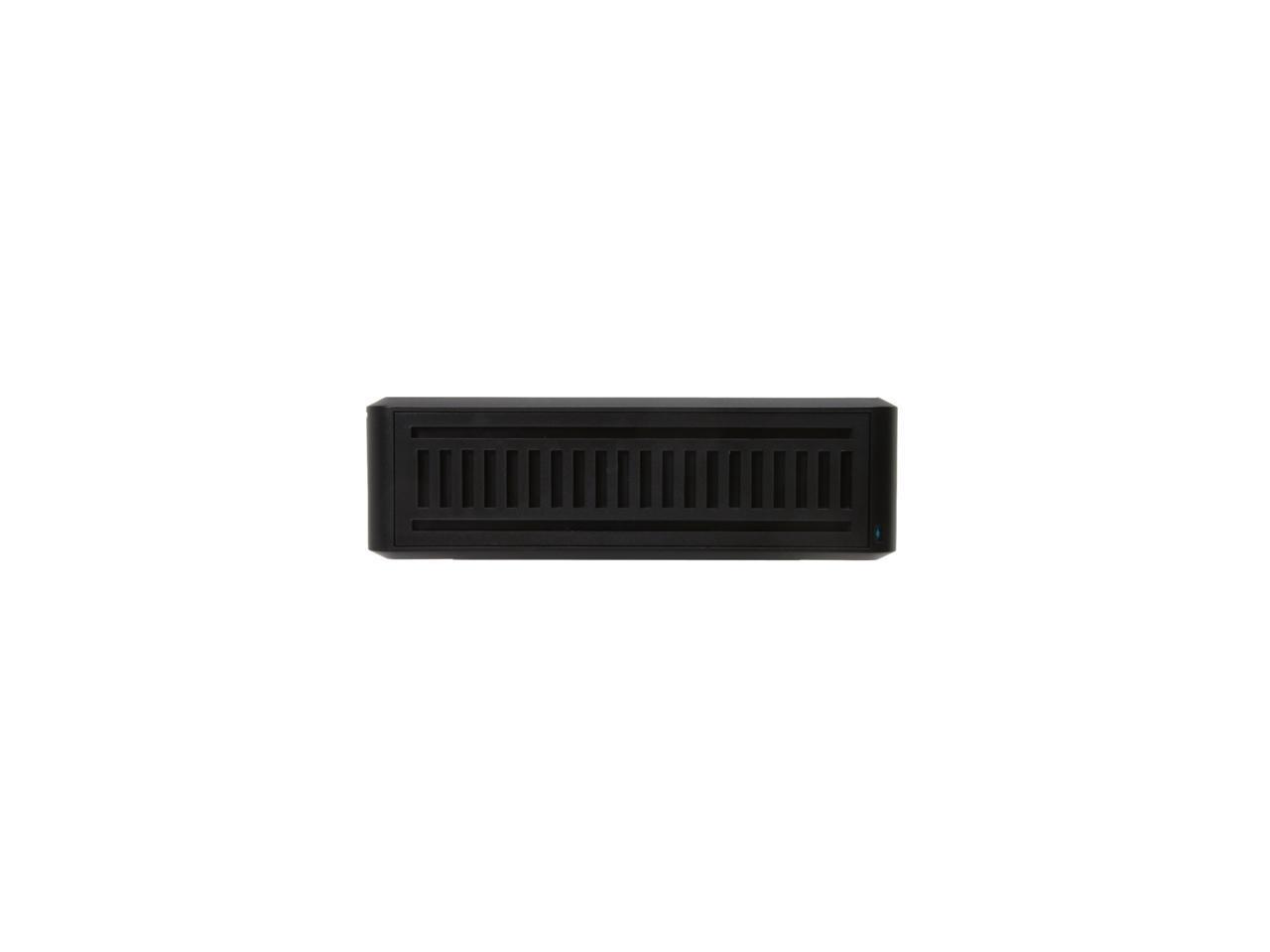 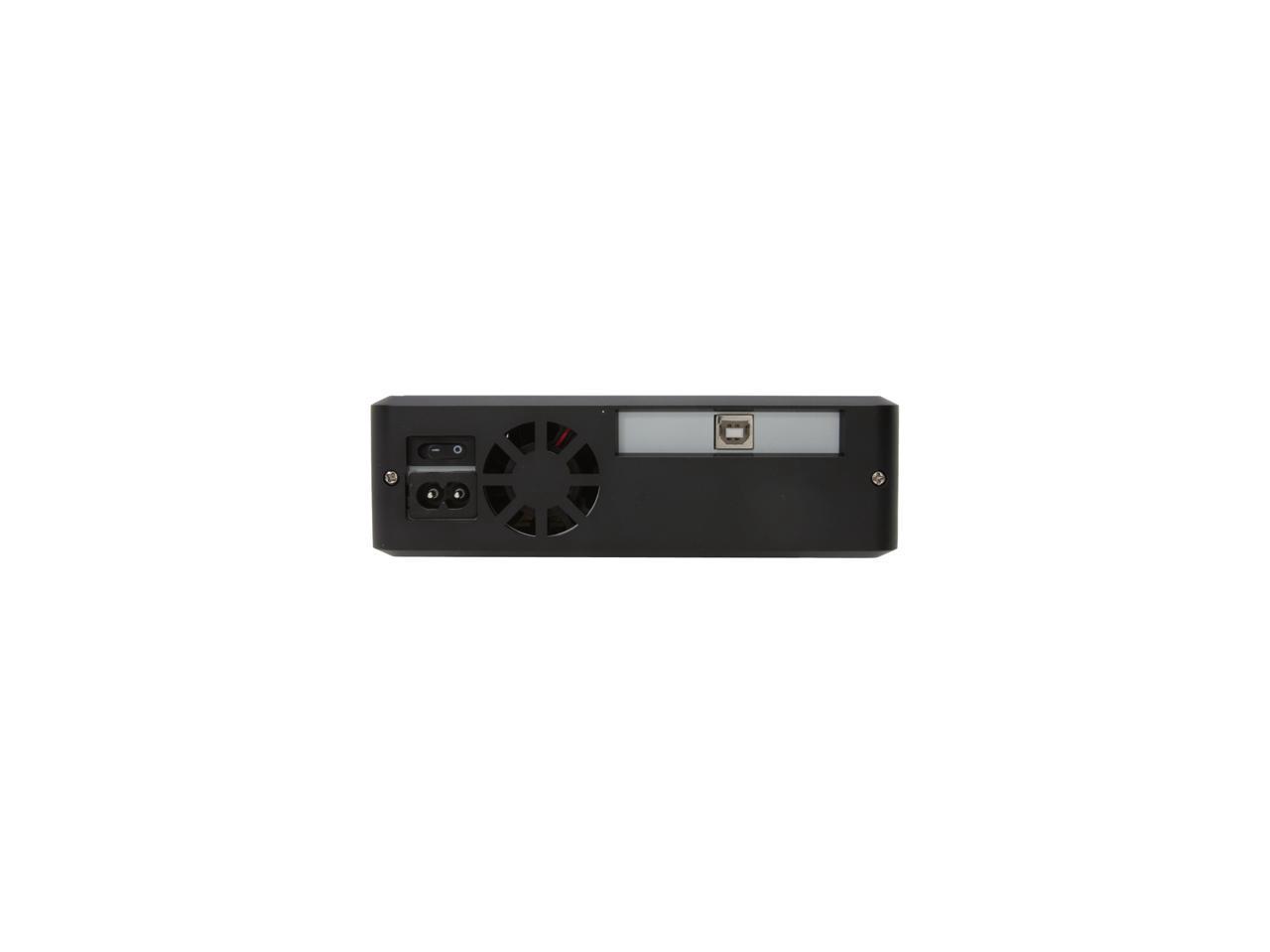 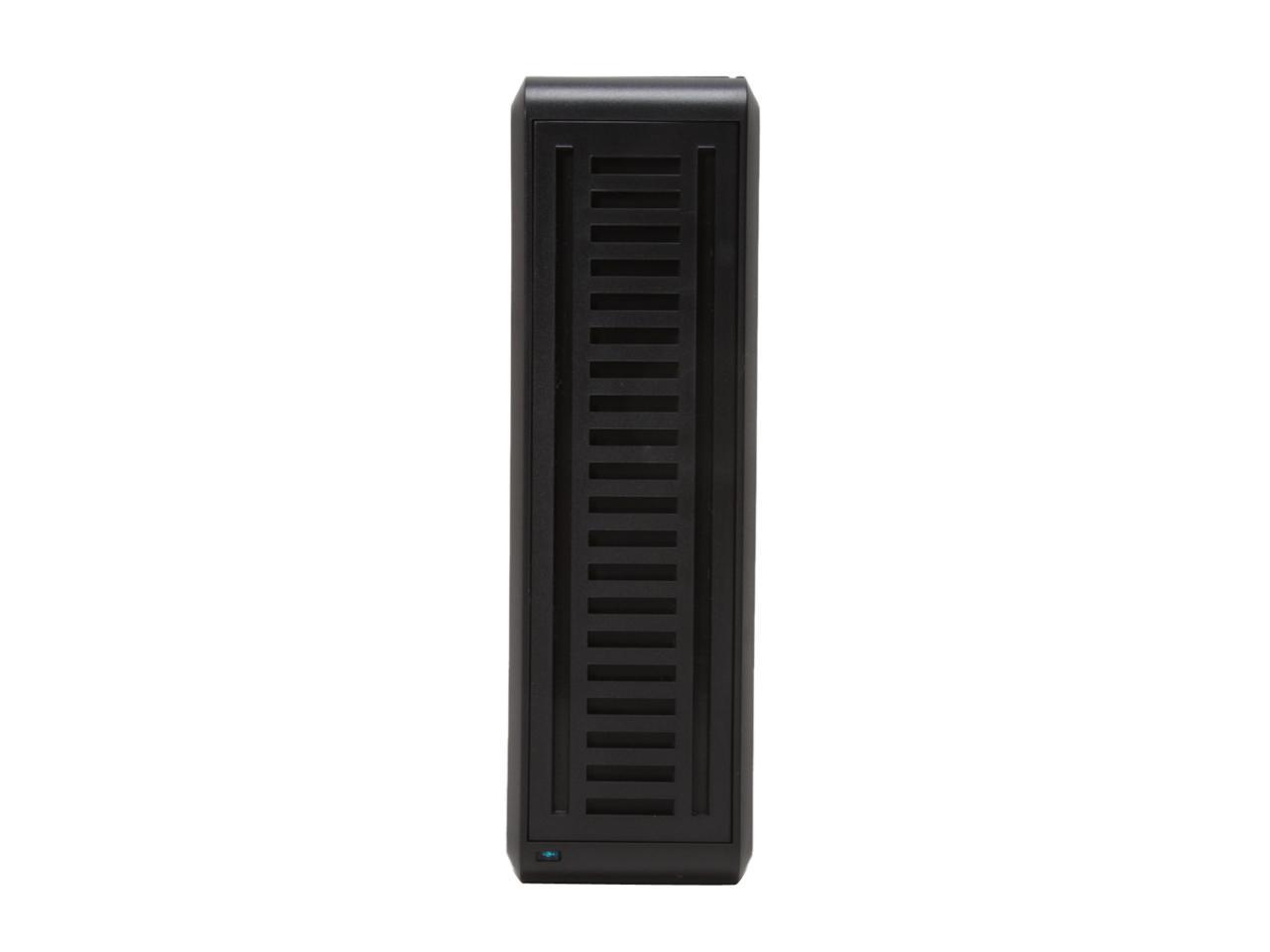 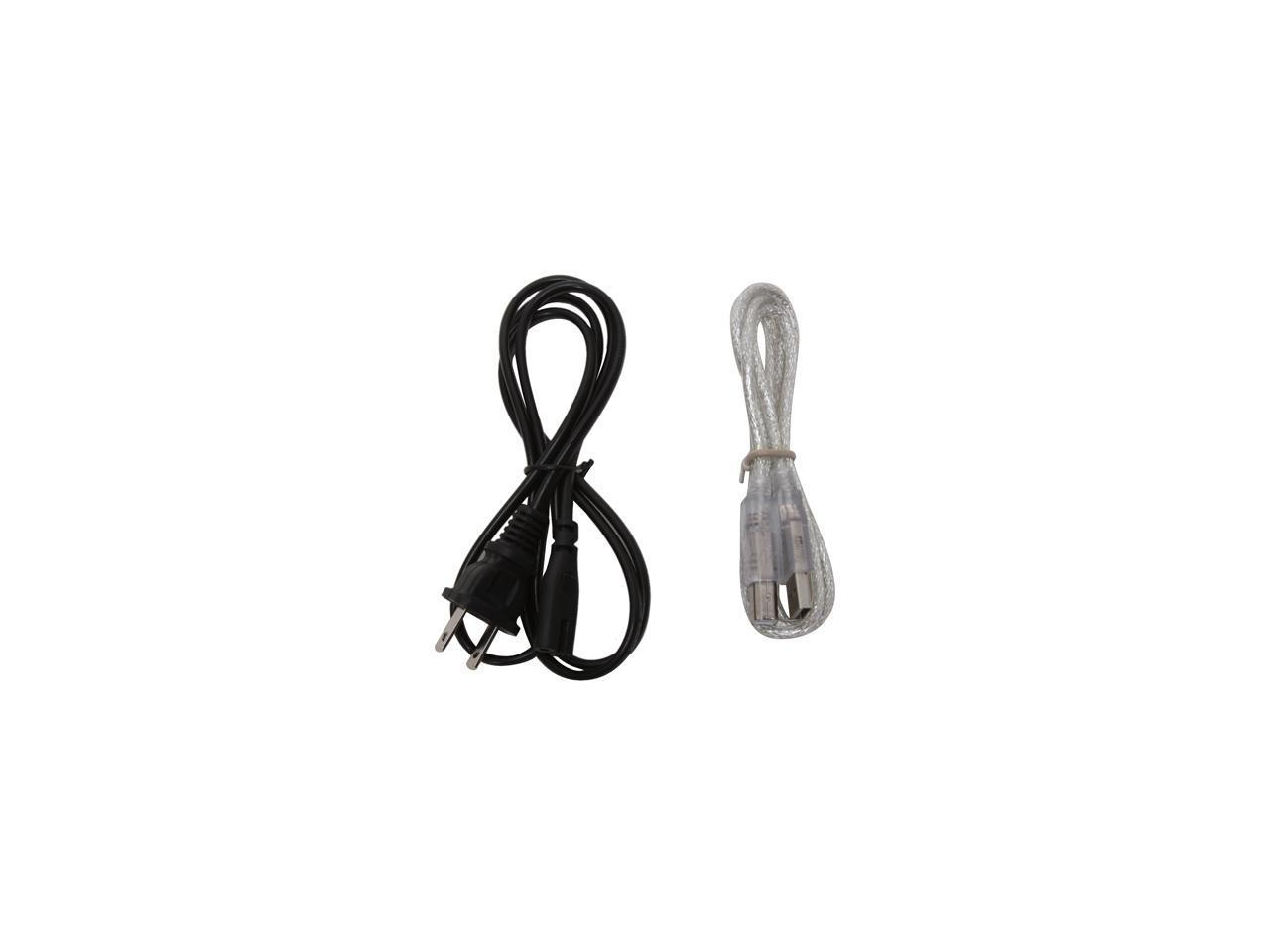 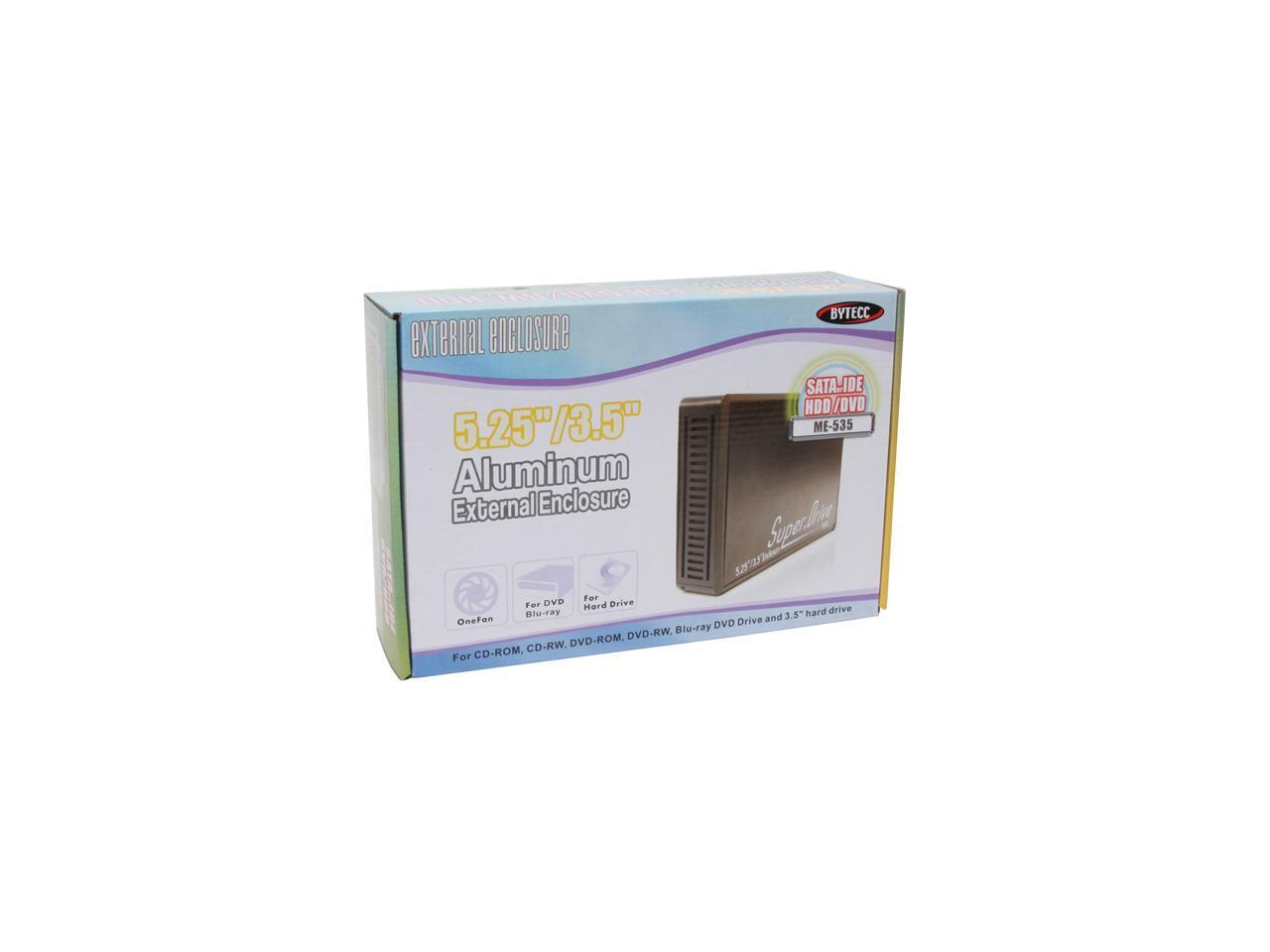 Cons: Can't return. Newegg says: Unfortunately, our records indicate that the manufacturer's labor warranty for this product has expired. Please contact the product manufacturer for additional service options. Bytecc site says that "RMA service is ONLY for campanys directly buy merchandise from BYTECC. Not for enduser or consumer." Red flag wrongly spelled "campanys".

Overall Review: Watch out if Newegg has a warning that says: "Extended Warranty Available." That might mean that it's selling a discontinued product. Now I'm not sure whether it's worth it to go through the hustle of calling Newegg or BYTECC demanding refund or return. =^(

Cons: USB and power cable it comes with are a little short, although it is a generic 2 prong power cable and i had another. end have plastic casing, would have been nice to have both ends metal along with the very clean chasis. fan starts to whine at times.

Overall Review: One of the better ATA enclosures I've seen, definitely recommend for the price.

Cons: Power supply is not grounded - as mentioned in some other reviews here, they caused nearby computer speakers to buzz like crazy. Included USB cables are cheap quality. I've also had a number of problems with these enclosures. 1. Of 4 that I bought here initially, one was locked to USB 1.1 speeds (confirmed on PC and Mac) - fortunately Newegg RMA'd a new one out to me. 2. Now a month later, one of the enclosures crapped out on me. I burned some DVD's with it just fine and then all of a sudden my drive stopped recognizing media - I confirmed it was the enclosure by swapping the drive into another enclosure. Even when I put a CD burner in the enclosure, it won't recognize optical media. 3. These enclosures are mainly used with a Mac. I'm used to being able to power off/on and connect/disconnect USB devices without having to restart my computer. However with these enclosures, I can't do this since they aren't reliably recognized when they are turned on/off or disconnect/reconnec

Overall Review: I bought these enclosures because of the overall decent reviews and past experience with Bytecc's PL-3507 based enclosures. However, these enclosures use the PL-2506 chipset, which I personally think are horrible after this experience. I don't doubt that other purchasers are getting good results with these enclosures, but I feel they're using them differently than me. From my experience these don't work well with my Mac setup, and it's difficult to use more than one of these enclosures at a time while connected to the same computer. Plus, they're unreliable. If I had known the problems I would run into, I would have purchased different enclosures.

Pros: None, since it didn't work.

Cons: DOA product. I guess those QC stickers don't mean anything these days. Internal power supply burnt out before I could actually use it.

Pros: Saved me $30. Was able to use a DVD burner out of an old tower without having to purchase an external. Immediately recognized on XP. I assume it will work with my other OS'. Will also work for HDD. Also, has the power supply inside the case, so no brick taking up more space. Dual voltage to boot!

Cons: Entirely huge! Not really a con, but man this thing is big. It is bigger than the Nettop that sits on it.

Overall Review: Allowed me to strip an old tower for parts and save some cash. No instructions, nothing bad, but had to fiddle with it to remove a cover. Gives me an external burner for use with my Nettop and Netbooks. In a pinch, can be used to knock down a wall or repel intruders.

Pros: It uses standard cables so if they are lost you can just go to any tech store to get replacements. Easy to set up once you figure it out. Will buy a few more as needed.

Cons: No instructions and no feet on it to lift it off the desk. Had to go buy some myself. The power light is very bright, it lit up the whole room.

Overall Review: Like the other people have said, there are absolutely no instructions so here is a set. 1. Unscrew both screws on both sides on the back and remove back. 2. Slide the top of the case back until it comes off. 3. Remove the 3.5 inch adapter plate by unscrewing all 4 screws, if you need it keep it, if not then throw away. 4. If you are installing a hard drive then use the adapter plate and screw it to the bottom of your hard drive. 5. If installing a 5.25 inch drive then remove the front grill, slide drive in and plug in the IDE cable and the power cable. 6. Use the 4 screws to secure the drive. 7. Slide the top back on and reattach the back plate, screwing it back on. 8. Plug the USB cable between the back of the computer and the enclosure. 9. Plug the power cable in. 10. Turn on both the computer and the drive and enjoy.

Pros: Nicely made, very solid and it works without a hitch. Excellent value at a great price.

Cons: Not properly grounded, caused my PC speakers to hum and growl loudly. Two solutions: turn the speakers off or connect a ground wire between one of the enclosure screws and a PC case screw. Either one works just fine.

Cons: Plugged it all in, strong burning smell, drive did not get power or turn on. Fan spins, nothing else works. Tried 2 different drives.

Overall Review: Very disappointed. Cost me $27 to ship this back to get another. If the next one behaves the same, it will just go to the garbage.