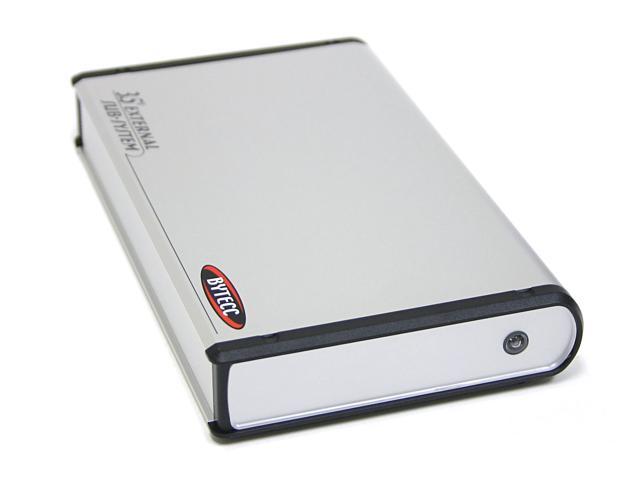 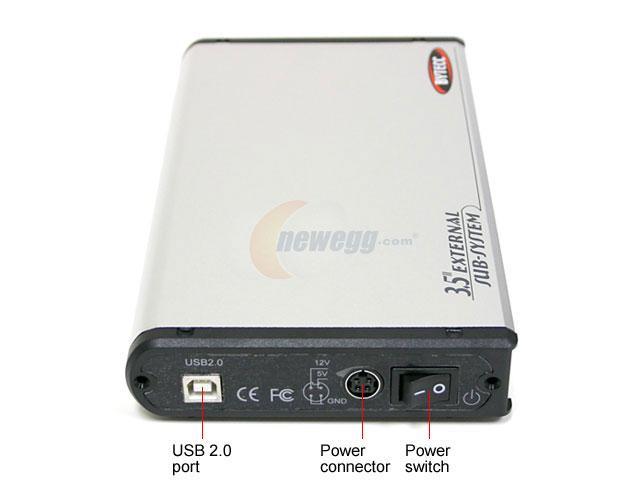 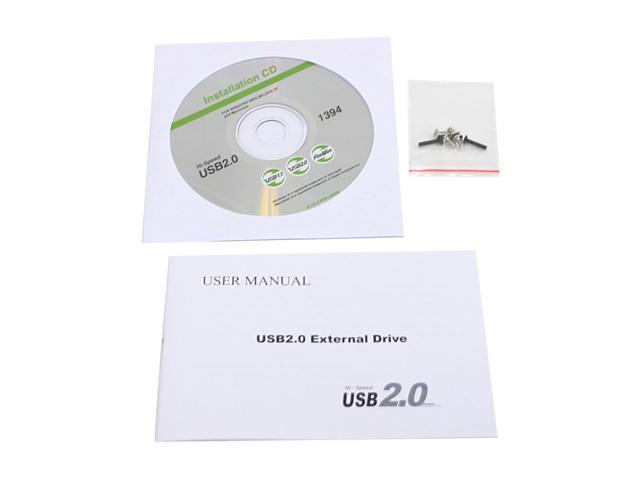 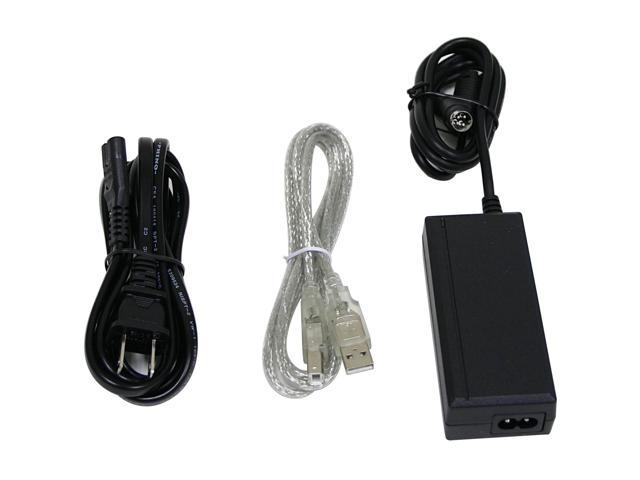 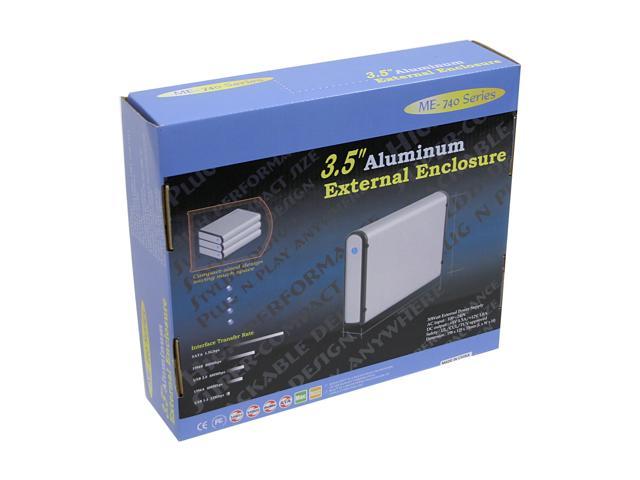 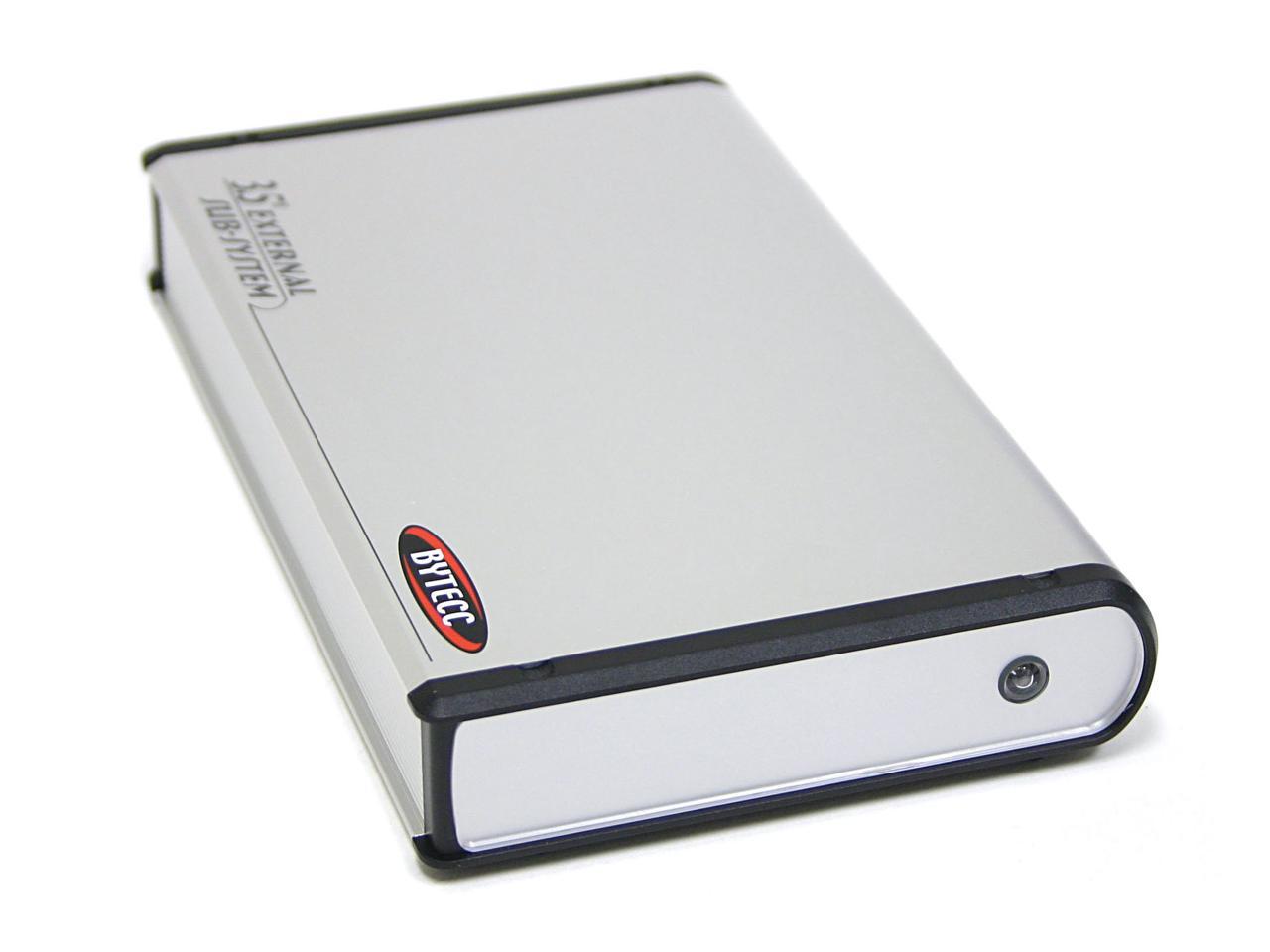 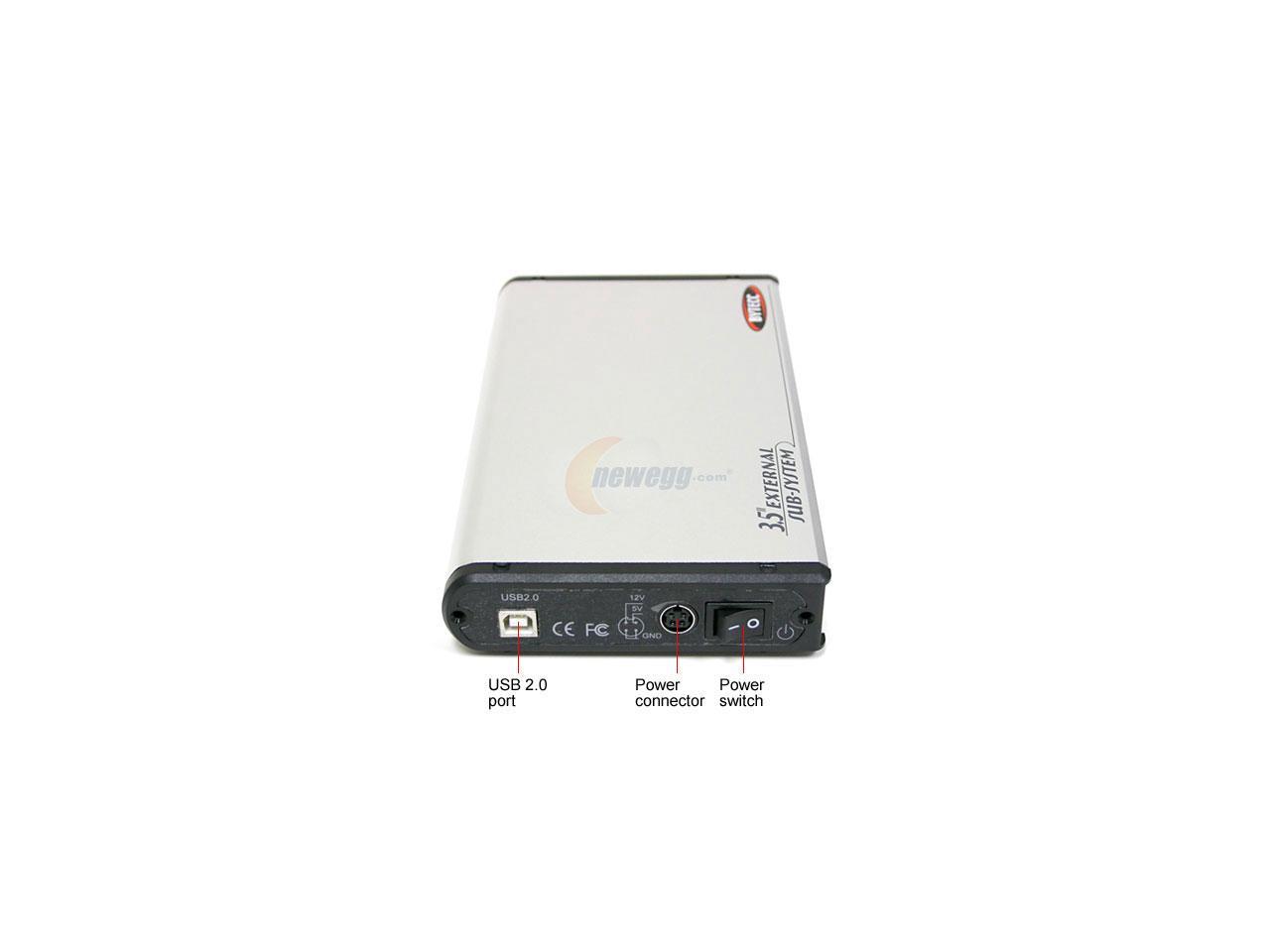 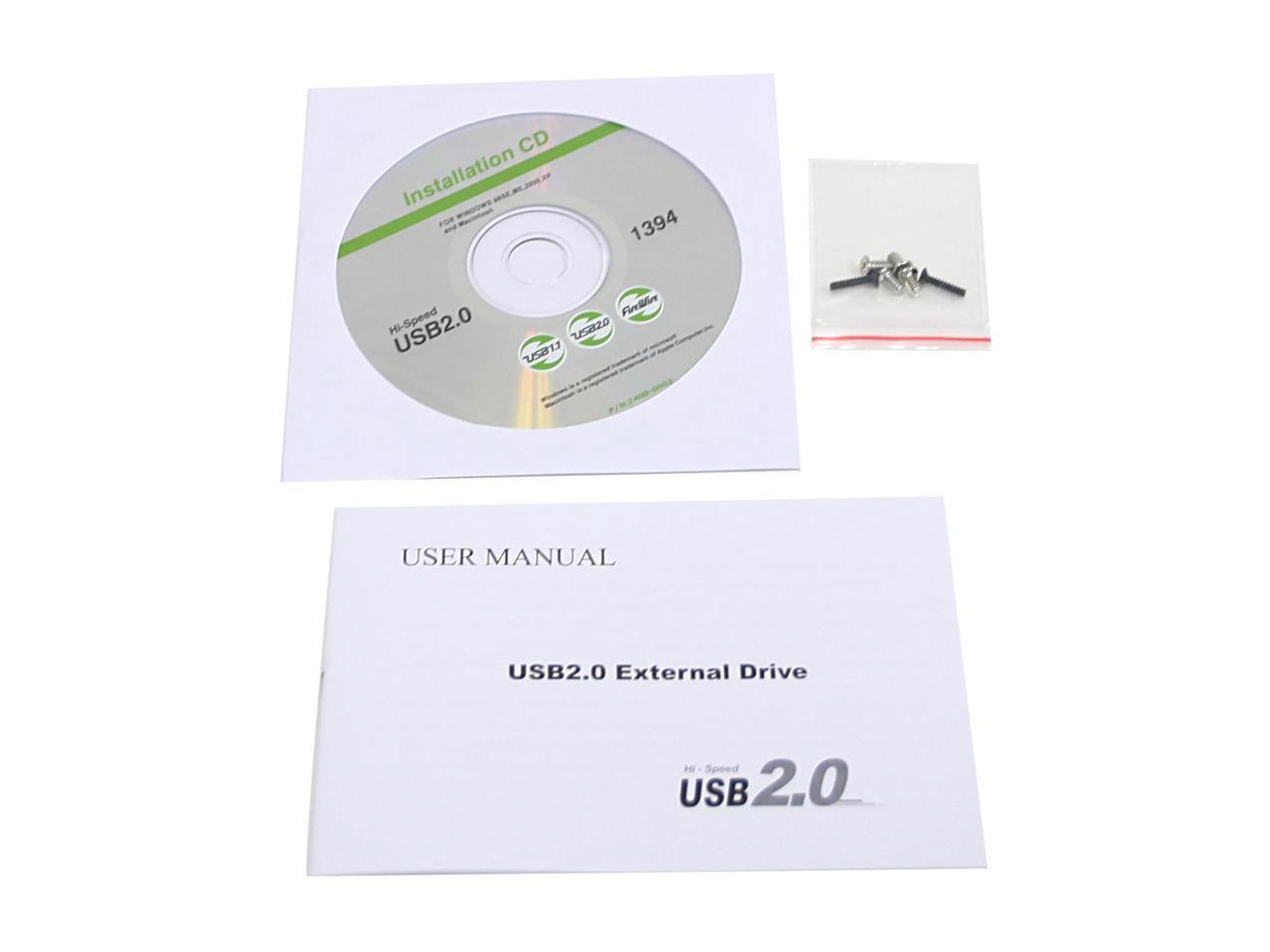 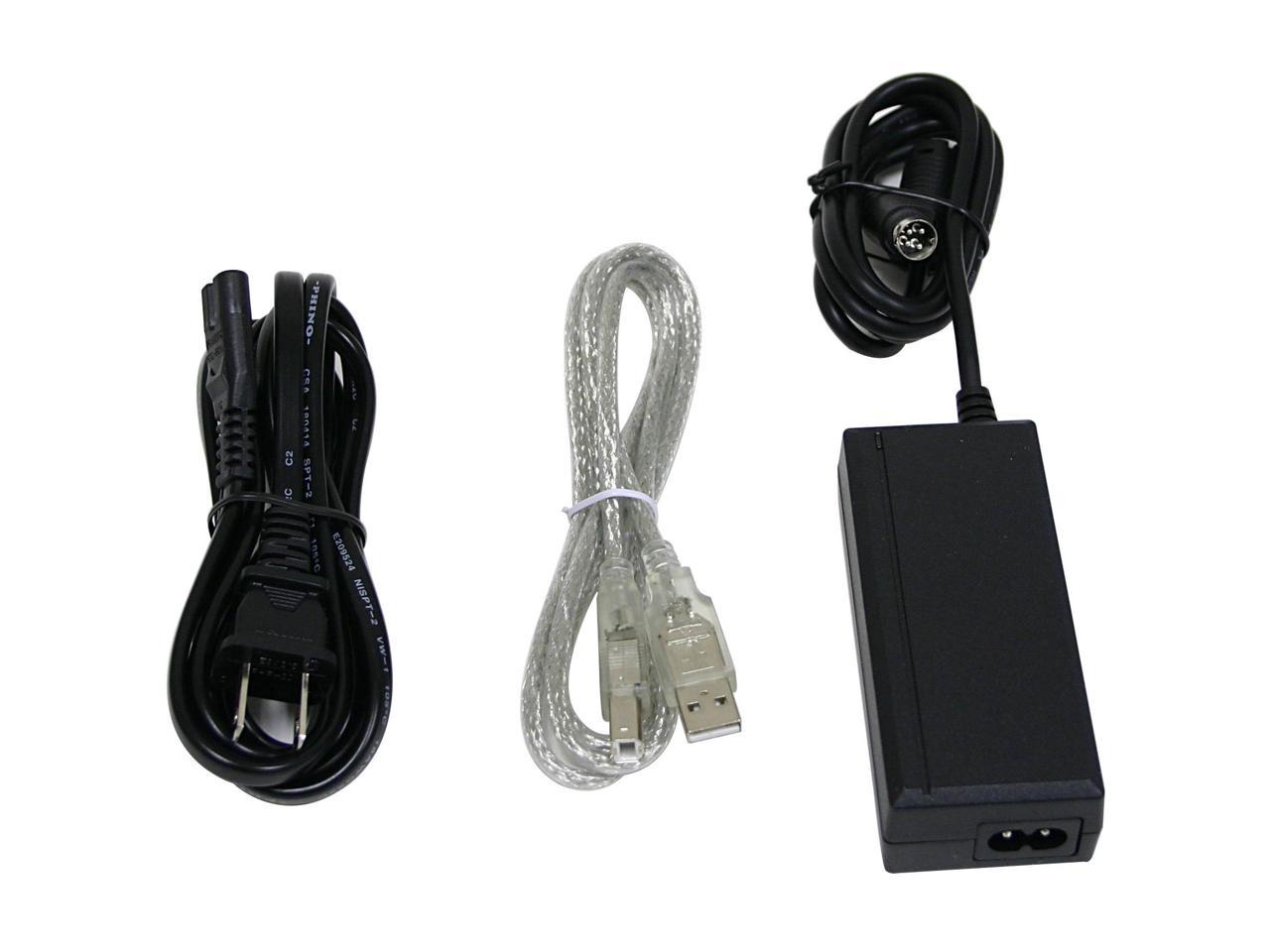 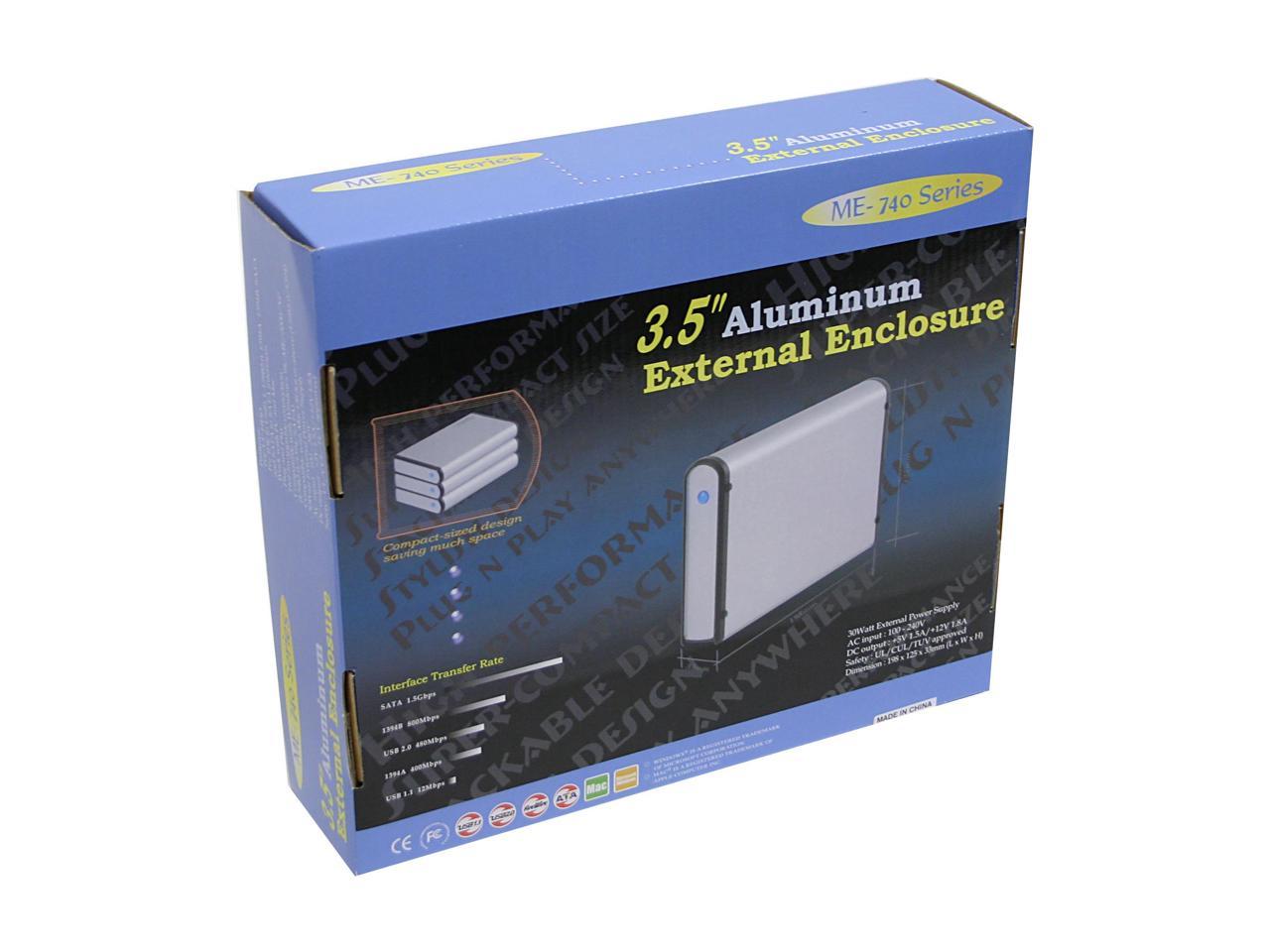 Cons: Now I get "unrecognized USB device" errors. The female USB socket is the shortest of any device I own. It doesn't sufficiently support the cable and the top two female connector pins have flattened out and no longer make firm contact. Bytecc should recall these and replace the circuit board with one that uses an industry standard USB connector.

Overall Review: Buy something else. One lousy design decision ruined a good product. If my vote counted I'd have Newegg ship their unsold inventory back to Bytecc.

Pros: It's so easy to set up and you can't beat the price.

Cons: With some harddrives, a little coaxing is required. It's a tight squeeze. I've used half a dozen different harddrives in this enclosure and every one of them fit.

Overall Review: The BYTECC ME-74OU2 comes with everything you need to get started (except the harddrive, of course). It took longer to open the box and unwrap the items than it did to get this up and running. Set up is a no-brainer. Apparently some people think the blue LED light is annoying bright, but that's easily remedied by simply not plugging in the LED power lead. The external enclosure is made of aluminum and seems strong and durable. You can spend more money on an external enclosure, but it's not necessary. This one does the trick very nicely. I'm extremely happy with this product.

Cons: That LED is waaaay too bright, like a flashlight!

Cons: Blue LED on front is as strong as a flashlight. They could have used a different kind. But it does not reduce my rating of this product.

Overall Review: I use a Western Digital WD11600BB which is very quiet. I used to have this drive on it's original Western Digital plastic enclosure so I know it gets a little hot, but using it on this enclosure, even though it has no vents, it runs colder and I belive is because it fits snugly inside, very littel air left, and heat goes strait to the aluminum enclosure and dissipates on air. The drive is attached to a bracket with four screws and teh bracket attached to the back panel, so it it's firm, no ratles moving it around. I've been using it a lot with thousands of file transfers for hours and hours and, trust me, it's colder than it was on the original WD plastic enclosure with vents. Sounds a bit weird? Well there is scientific explanation. PLastic does not transfer heat, and even with some vents, if there is no forced air, the drive just heats up like you do in bed under the blanket. In this metal enclosure, it's almost like the drive is free in open air. It just works better.

Overall Review: If you're going to stack these, use drives that are cool-running because, when stacked, there isn't enough heat dissipated and drives overheat. We had 5 out of 10 of external power supplies fail in the first year.

Pros: I like this enclousre. I'm using this for my external drive. Still I'm satisfied with this product.

Cons: It have small space for cable inside

Overall Review: My experience is similar to another reviewer. It's a fine unit until it quits.

Cons: USB connector stopped working after 1.5 years, even though it was barely used.

Overall Review: It's going in the trash. Next time I'll buy a quality item for a little more money.