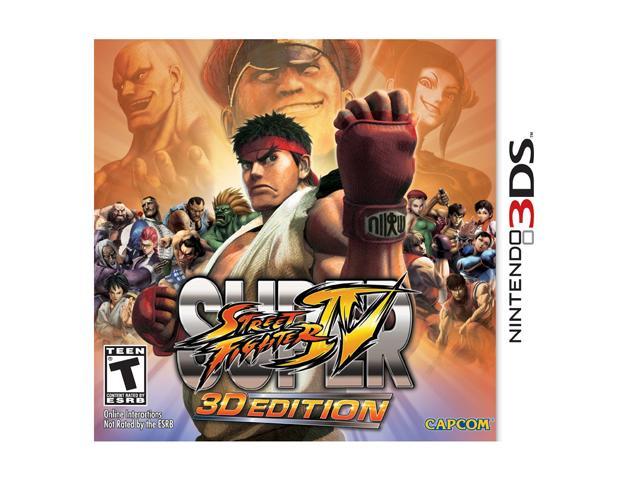 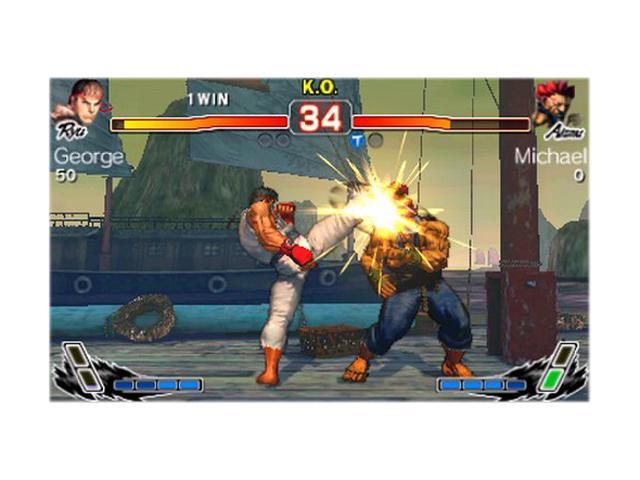 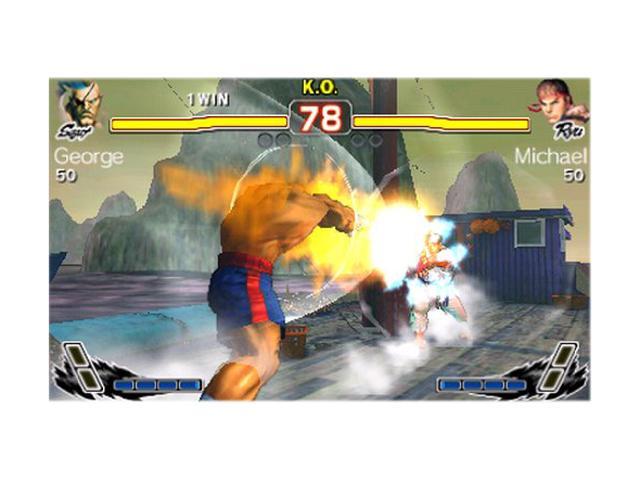 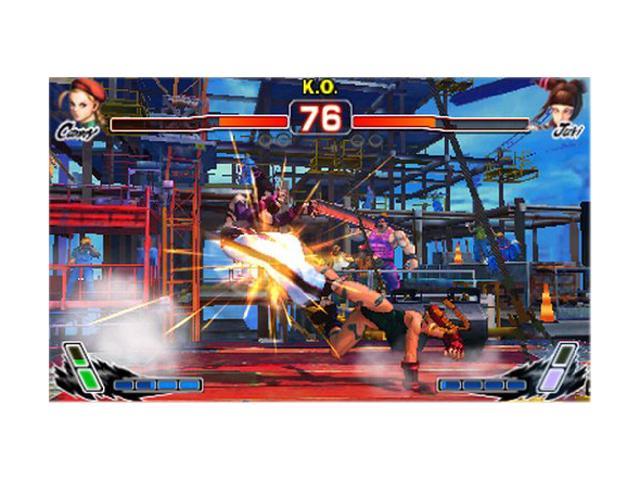 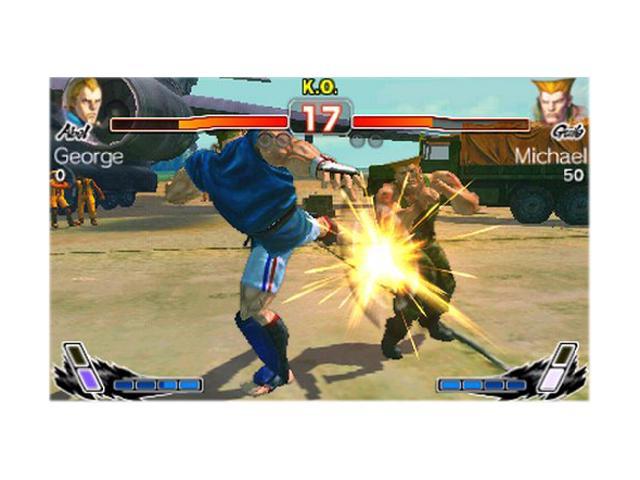 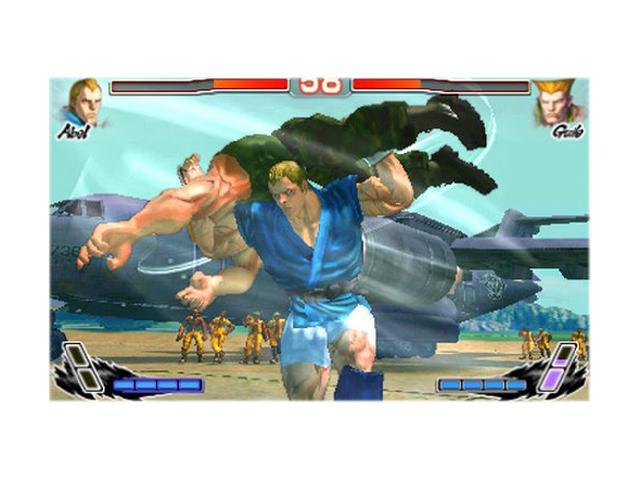 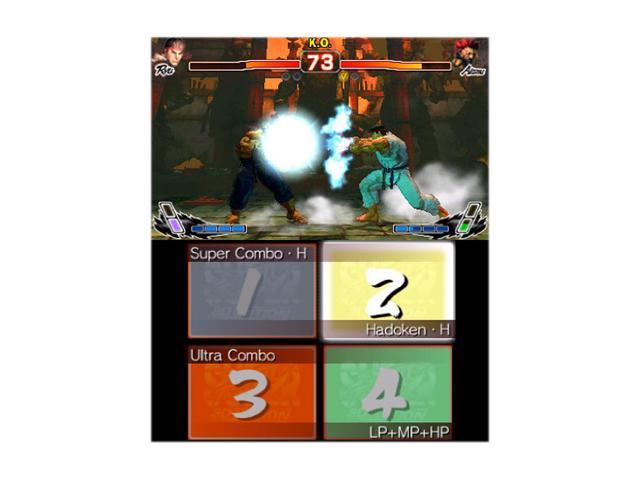 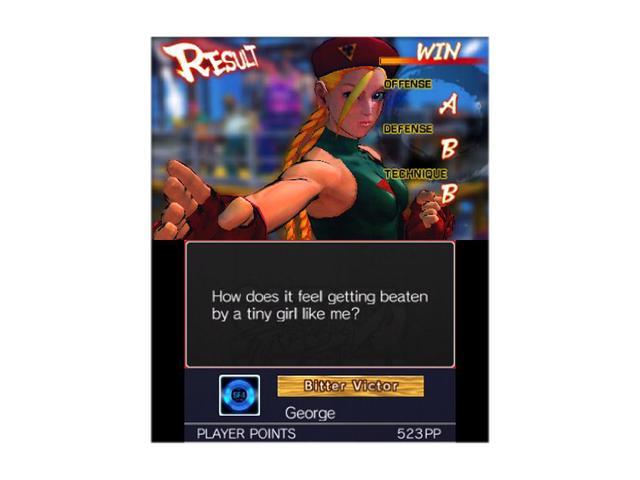 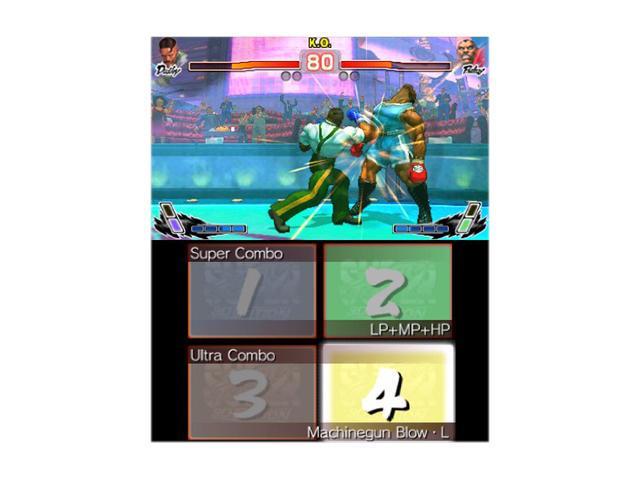 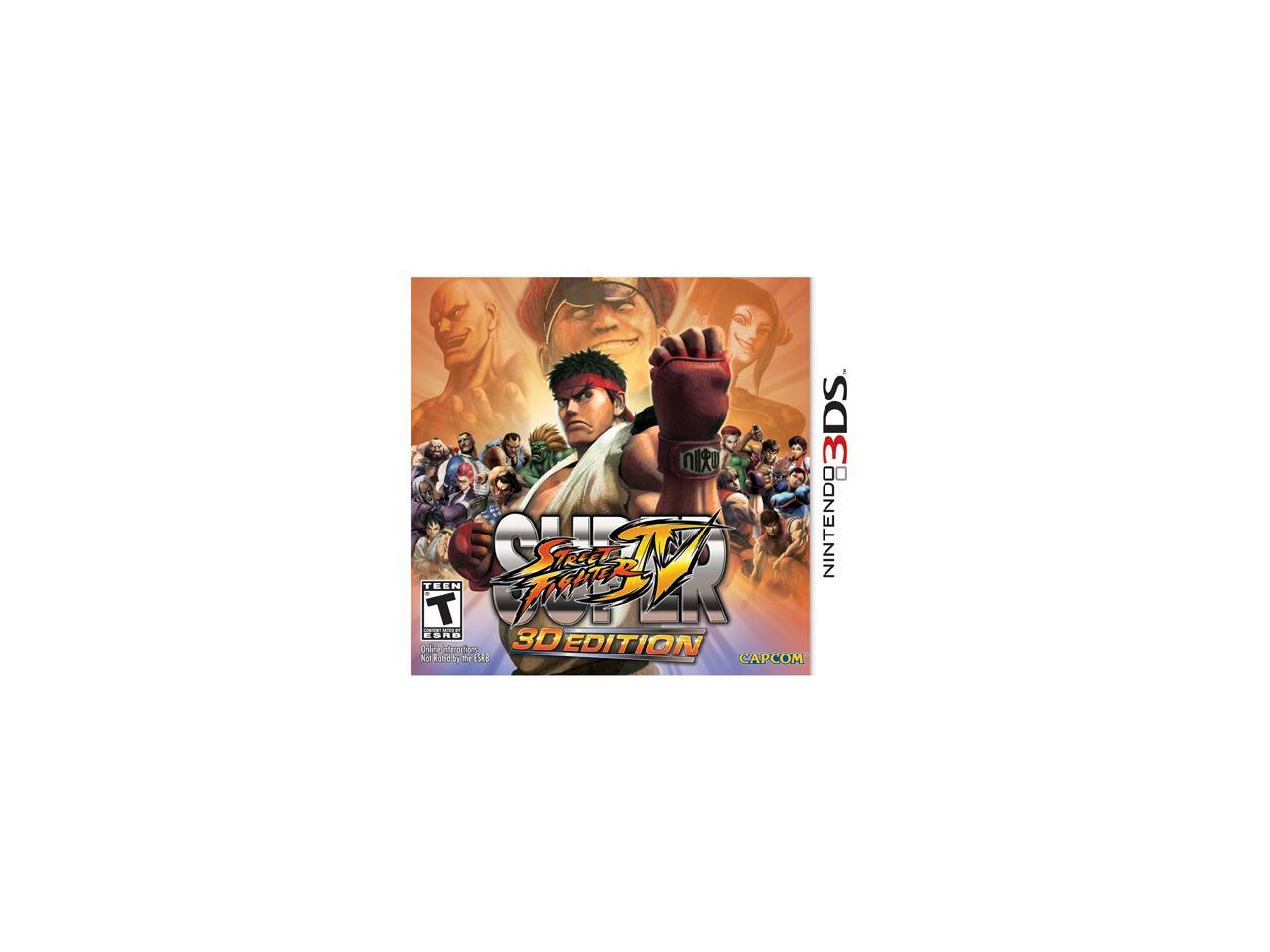 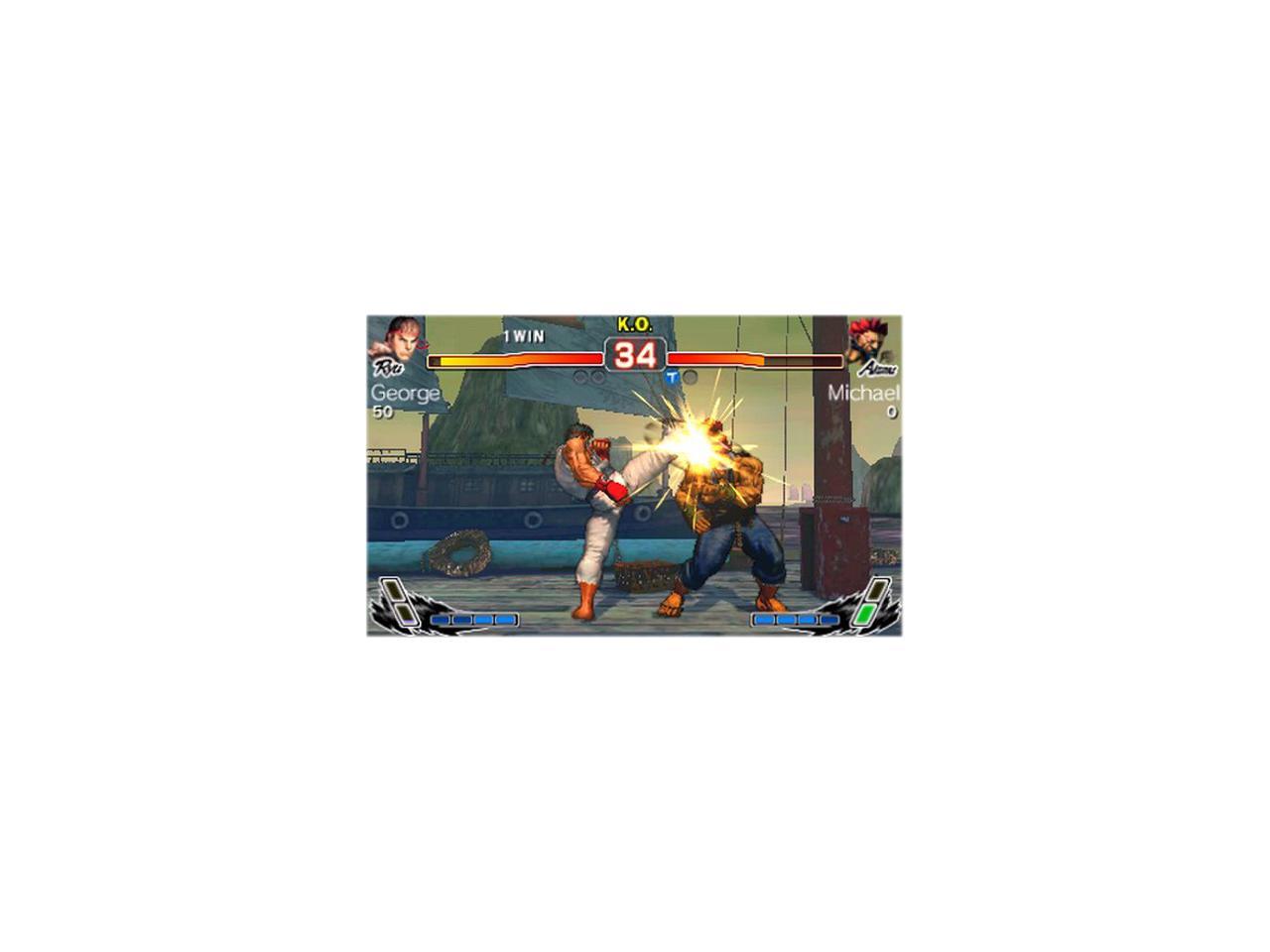 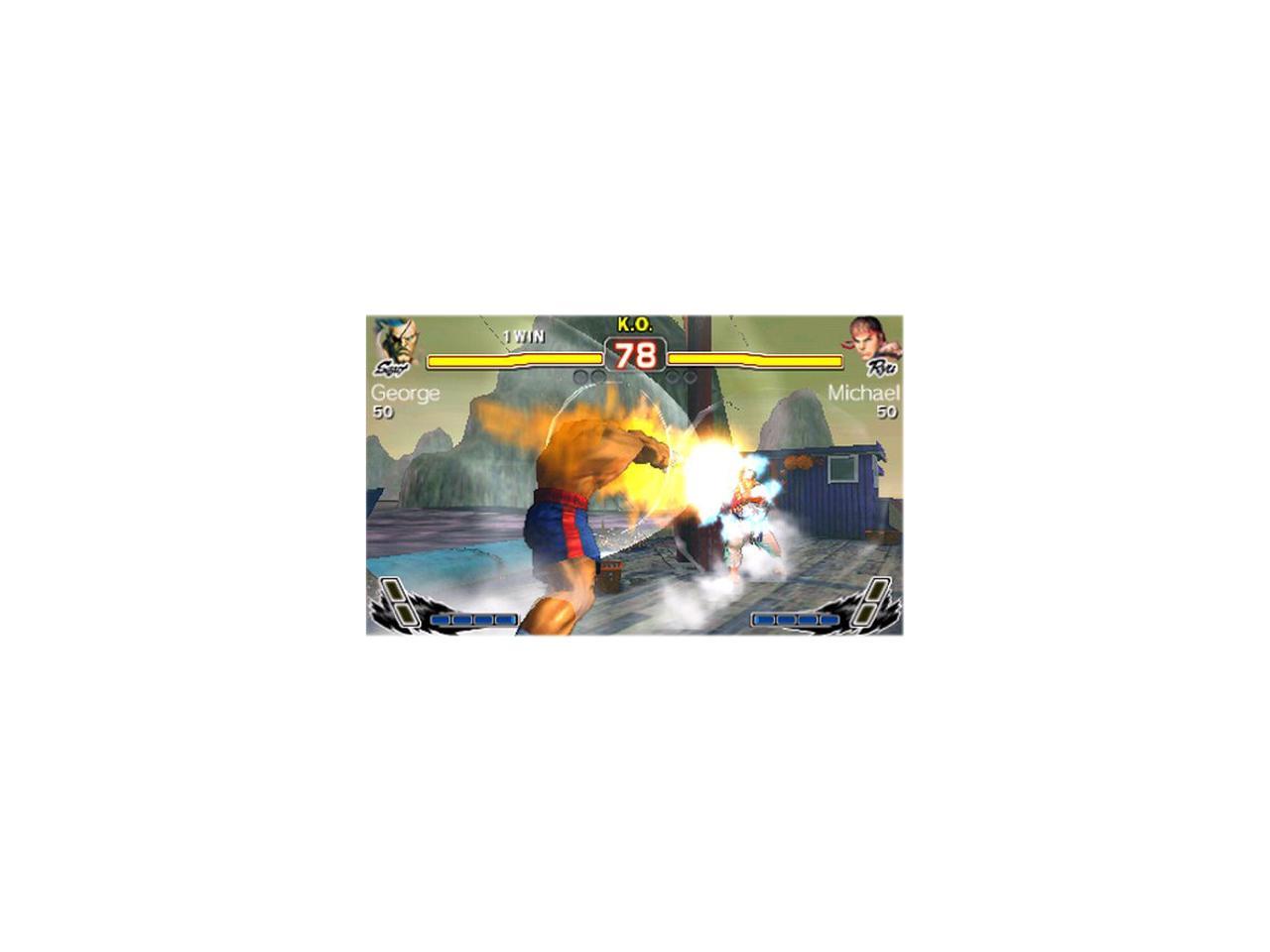 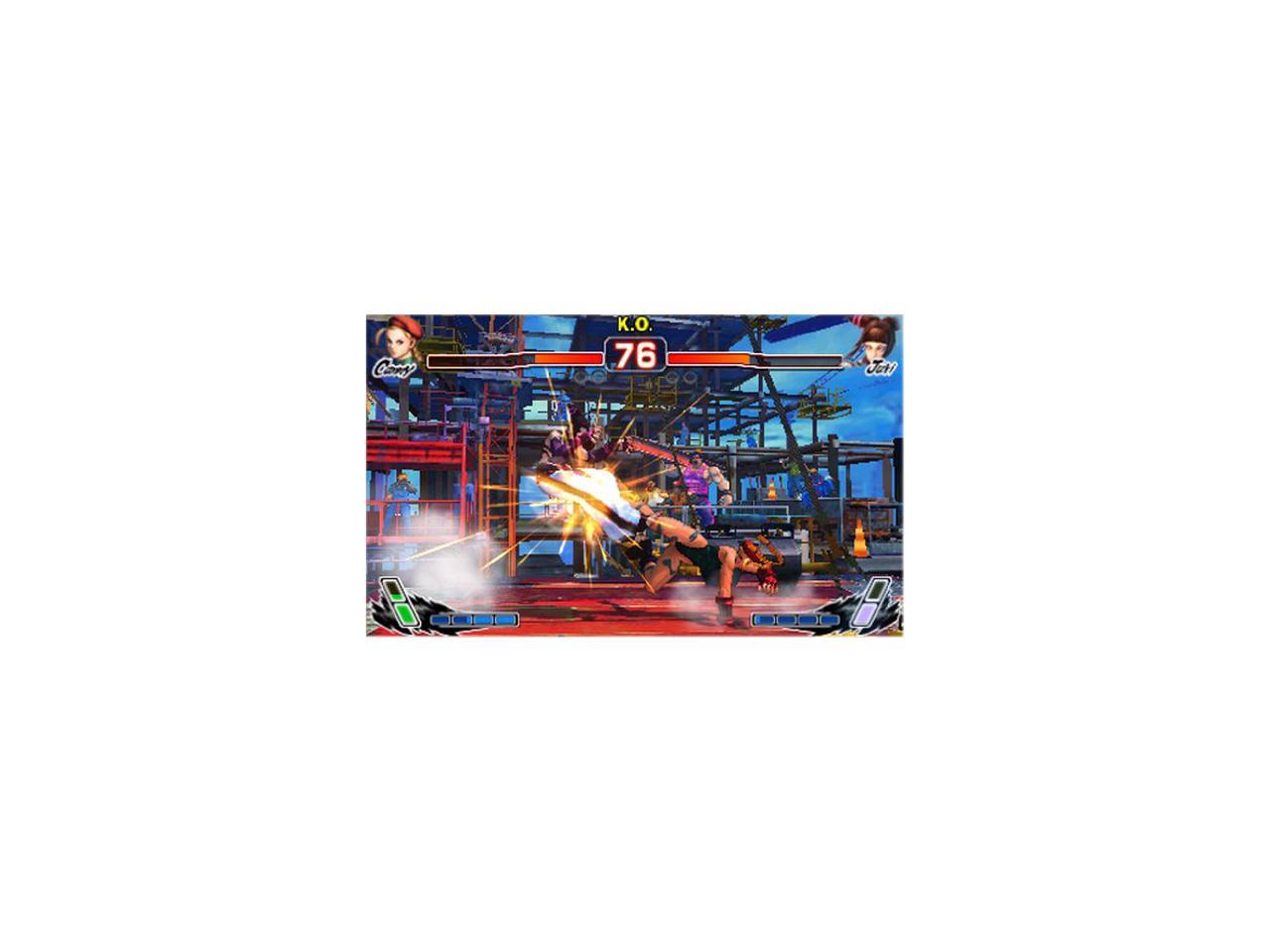 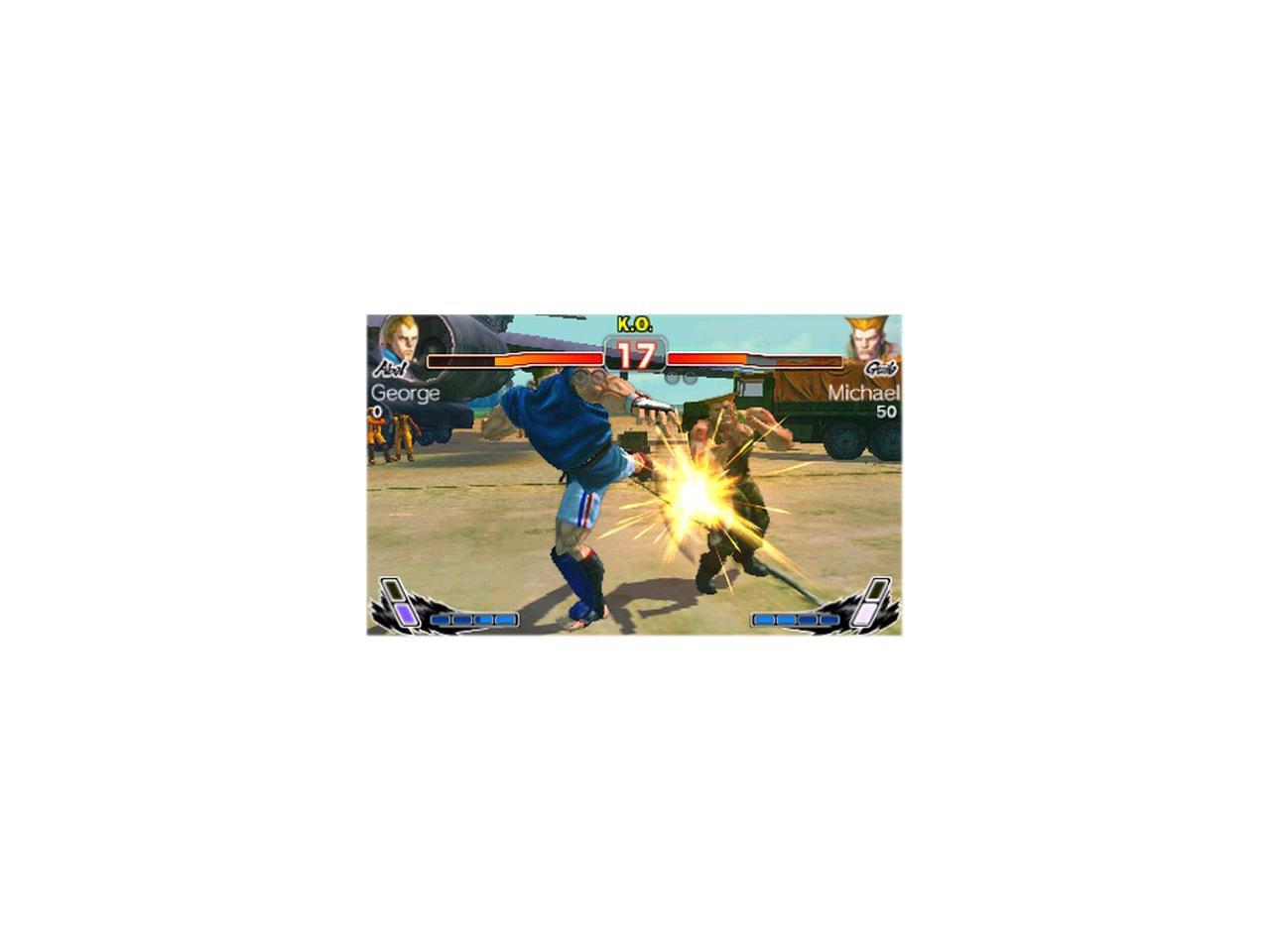 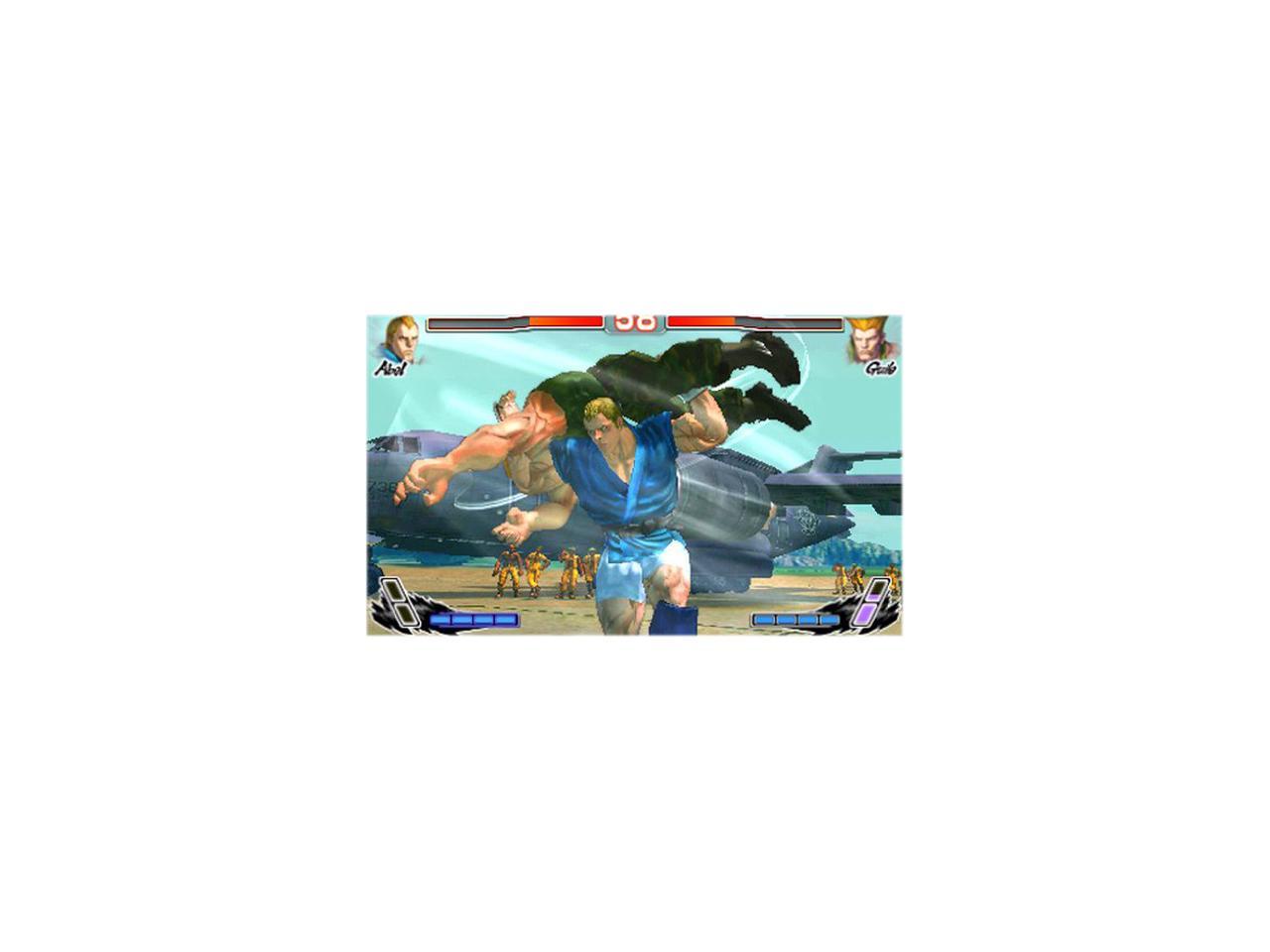 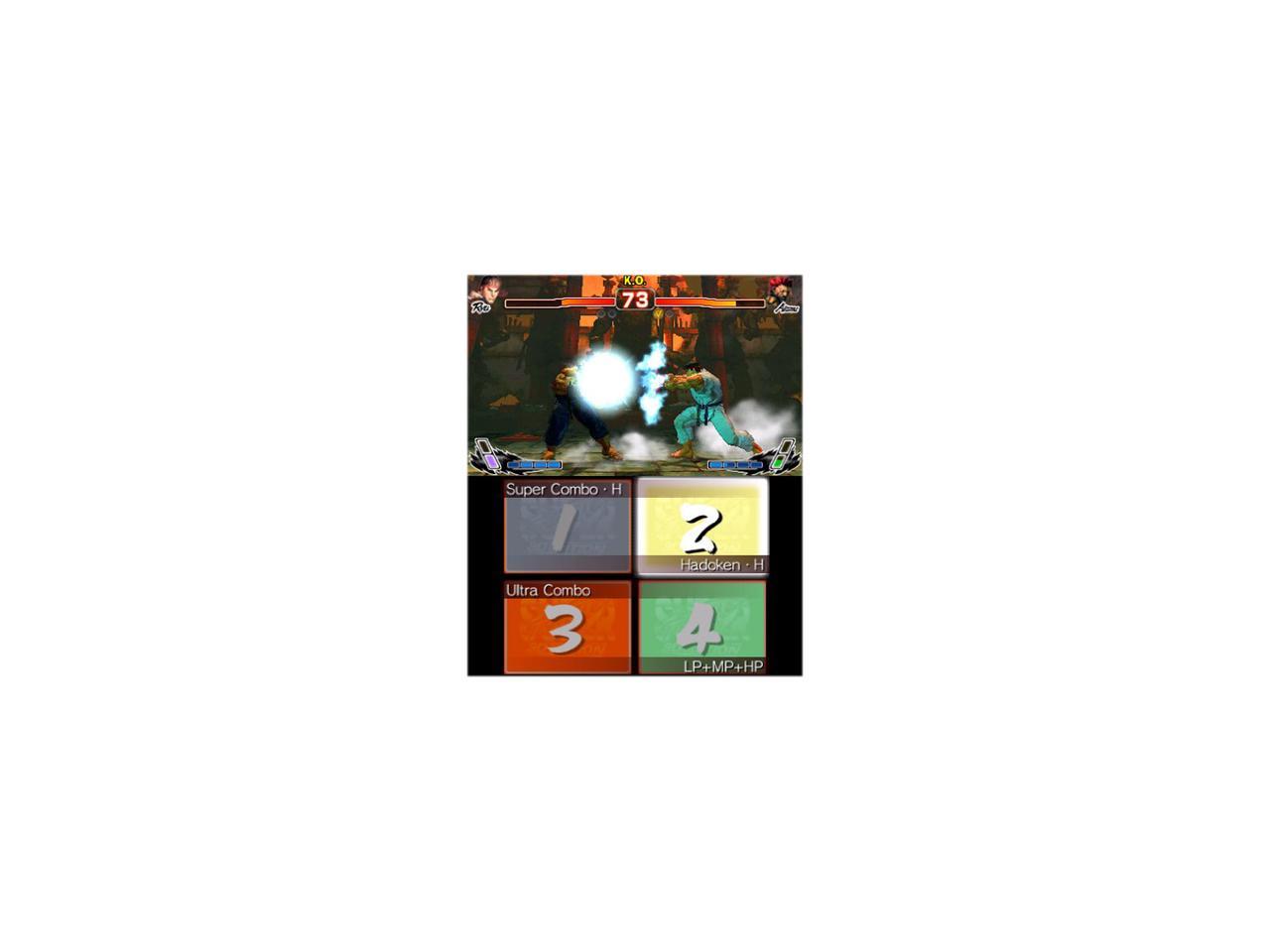 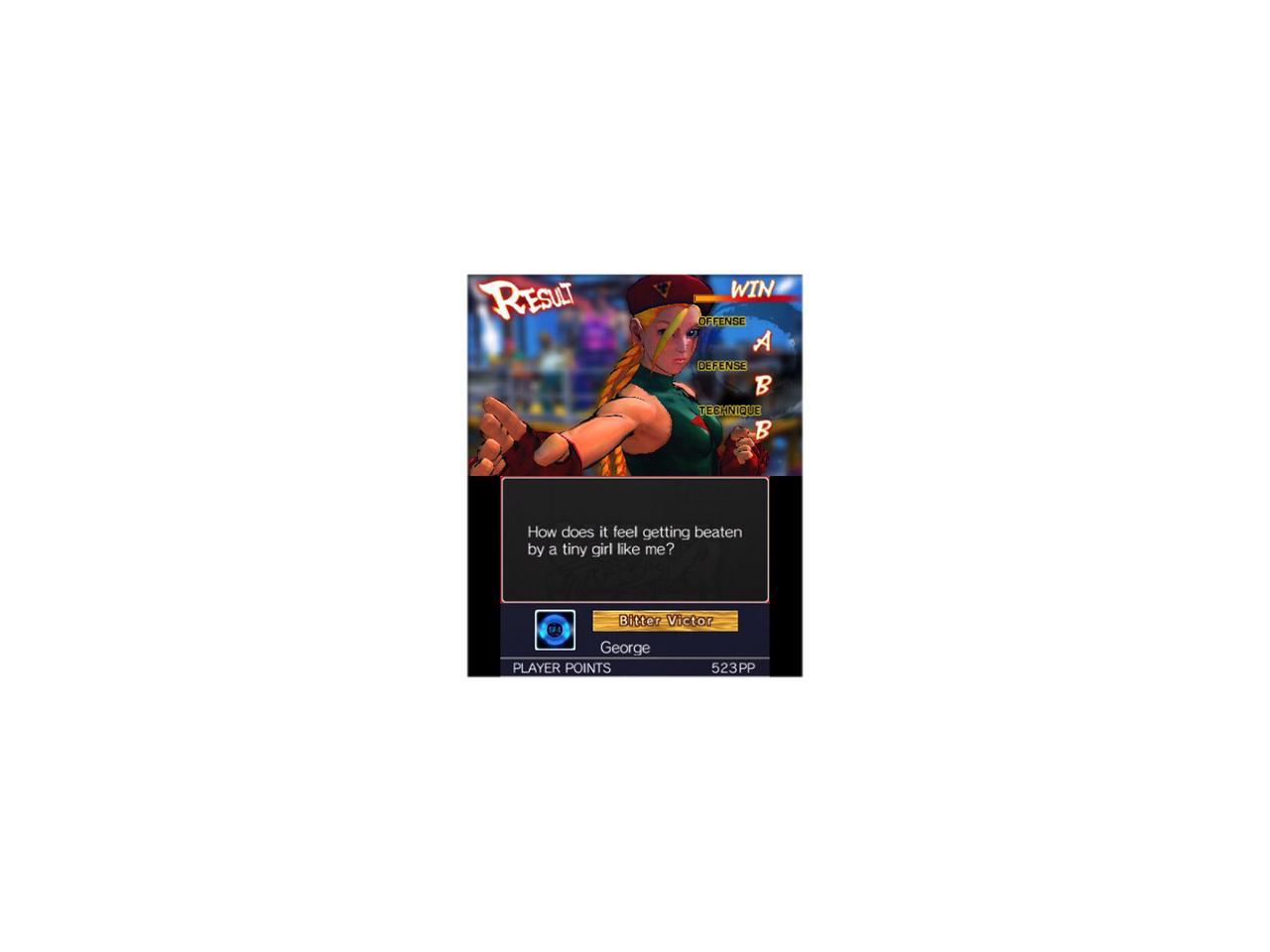 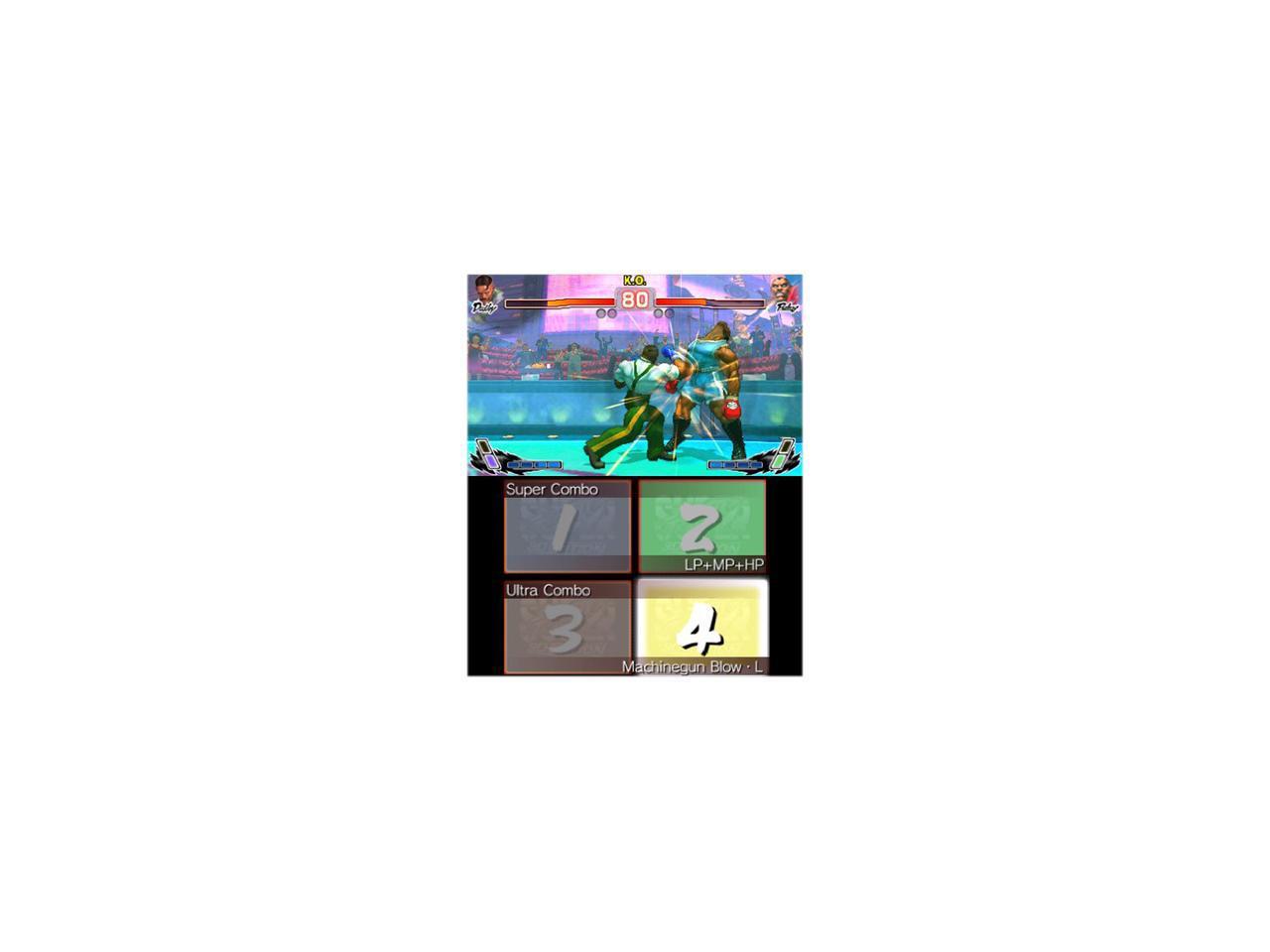 (6) Write a Review
See more "Top Rated Nintendo 3Ds Games"
In stock.
Ships from United States.
Most customers receive within 7-9 days.
LOADING...
Overview
Specs
Reviews
The ultimate version of Street Fighter perfected and refined for Nintendo 3DS with Super Street Fighter IV: 3D Edition. The console experience is now in the palm of your hand.
Packed with 35 playable characters, bonus stages and cinematic Ultra combos, Super Street Fighter IV: 3D Edition expands the action by allowing you to fight your friends locally or across the globe.
New to the franchise are the figurine mode, which utilizes the StreetPass feature to add a collectible meta-game, and the 3D over-the-shoulder camera option that takes fighting to new depths. For those new to the franchise, a simple mode has been added allowing players to pull off challenging moves with a single touch of the screen.

Pros: Everything about this game is AMAZING, AMAZING, AMAZING. Reminds me of the days of old, standing in the 7-11 playing Street Fighter with all my free time. Awaiting suckers to come in and "Quarter-Up" (ie: Challenge Me) Then stomping them in 60 seconds (two rounds) Laughing as the Continue Timer counts down while they take the "Walk Of Shame" towards the door. AHHHHHHHHHH the good 'ol days, when life was all you could see in 3D. I recommend you get this game, if you don't then you're not a true gamer.

Cons: Only problem i had was i couldn't rip it from it's package fast enough.

Overall Review: I would love to see another release with the ability to play others around the world in "Tournaments" for prizes like Nintendo Club Coins and bragging rights with a mention on Nintendo Show 3D.

Pros: Such an awesome game, it looks freaking awesome when playing it in 3D although you may experience headaches and such depending on how much you can handle the 3D effect

Cons: You don't really get to unlock the characters.. they are already there for use Which I don't find to be too fun because there isn't much to work for, its just a fighting game :\

Pros: After not playing Street Fighter since the Super Nintendo, it is pretty awesome playing a souped up 3D version! Great 3D effect creates a lot of depth.

Pros: Somewhat perfect port of the console version. The touch screen pre set combos are amazing( without them it would be pretty hard to get some supers/ultras out) The online is great..Hope they'll be more players soon

Cons: the 3D view, i think its completely unnecessary for a 2d fighter. I understand why capcom had to include this feature, seeing how its a launch game to a 3d system but within the first 10 minutes you'll be completely over it. Playing the game with 3d switched on will kill battery life, 2 hours with 3d on, 5-6 turned off, but i guess the same goes with all games

Overall Review: I'm so glad that this was a launch game, if it wasn't i don't think id own a 3DS right now..seriously what else is there to play..nintendogs????

Pros: I'm not a 3D guy in general, I hated 3D movie. This game make good use of the 3D, you just have to see it yourself in order to experience it. The depth of field is great. Controling is a snap because you can easily execute special moves and combo with the 3DS touchscreen. It's been years since I play a Street Fighter game and this update of SF pretty much re-invented the fighting genre and added a new dimension. It look great even without the 3D. It just cool to see all my favorite character in 3D and then some.

Cons: The 3DS is kind of uncomfortable to hold for a long time if you're an adult. Because the game require alot of button mashing, you have to play it with a better hand grip, I suggest you put it in the dock and hold it that way.

Overall Review: I'm usually get bored playing fighting game in 2D and with the 3D on, I just want to play through every character to see how they perform in 3D. Everything is fresh with 3D. You can't go wrong with this game specially if you like fighting game.

Pros: Street Fighter IV in 3D. Lots of playable characters. Great job was done to make the 3D look smooth on the curved surfaces of the fighters.