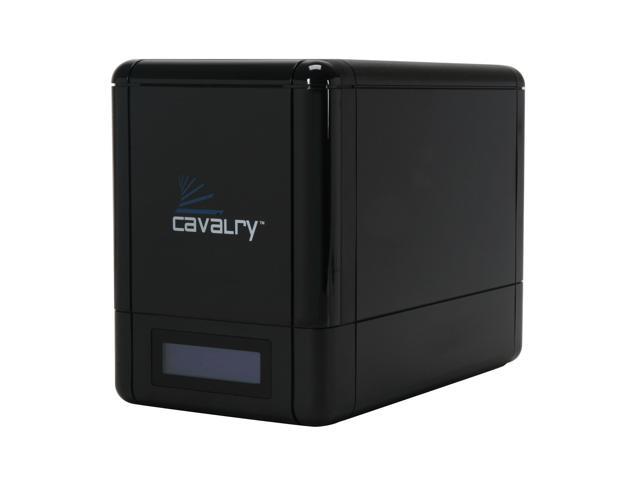 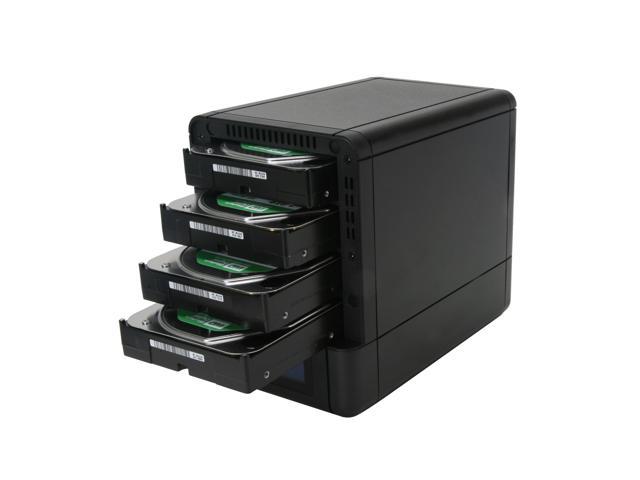 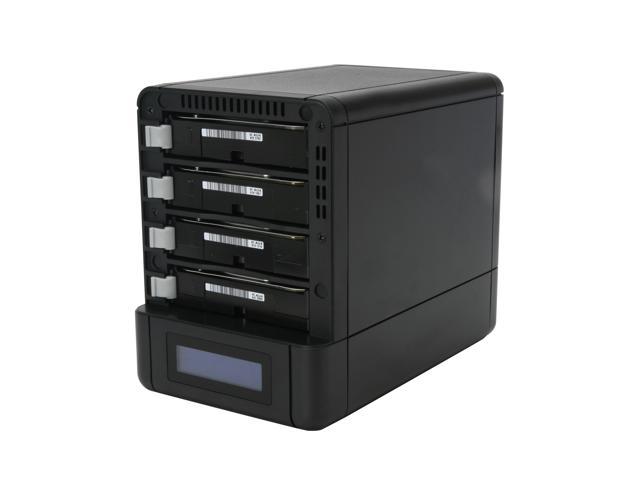 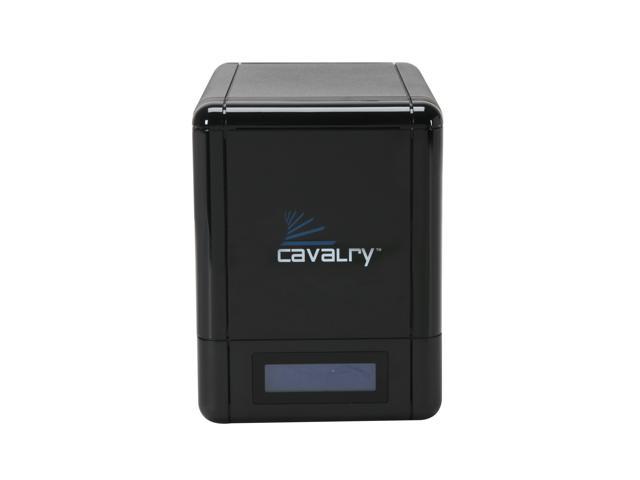 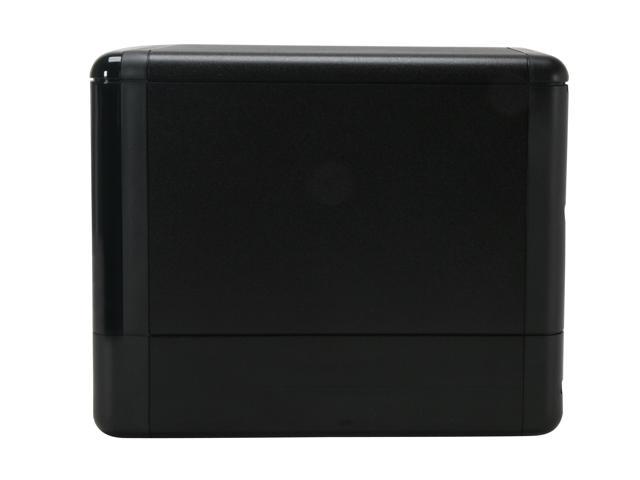 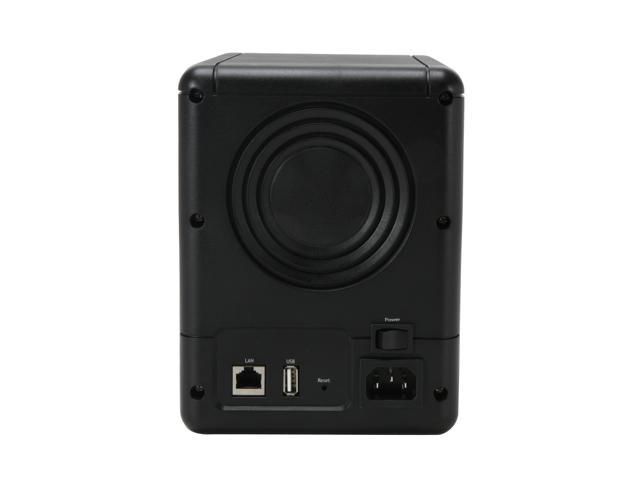 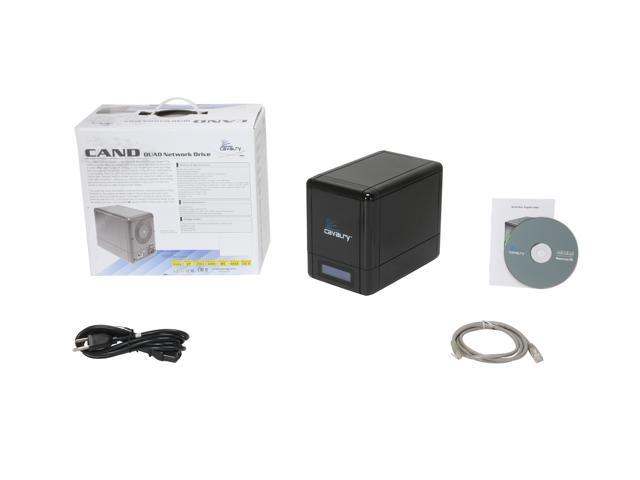 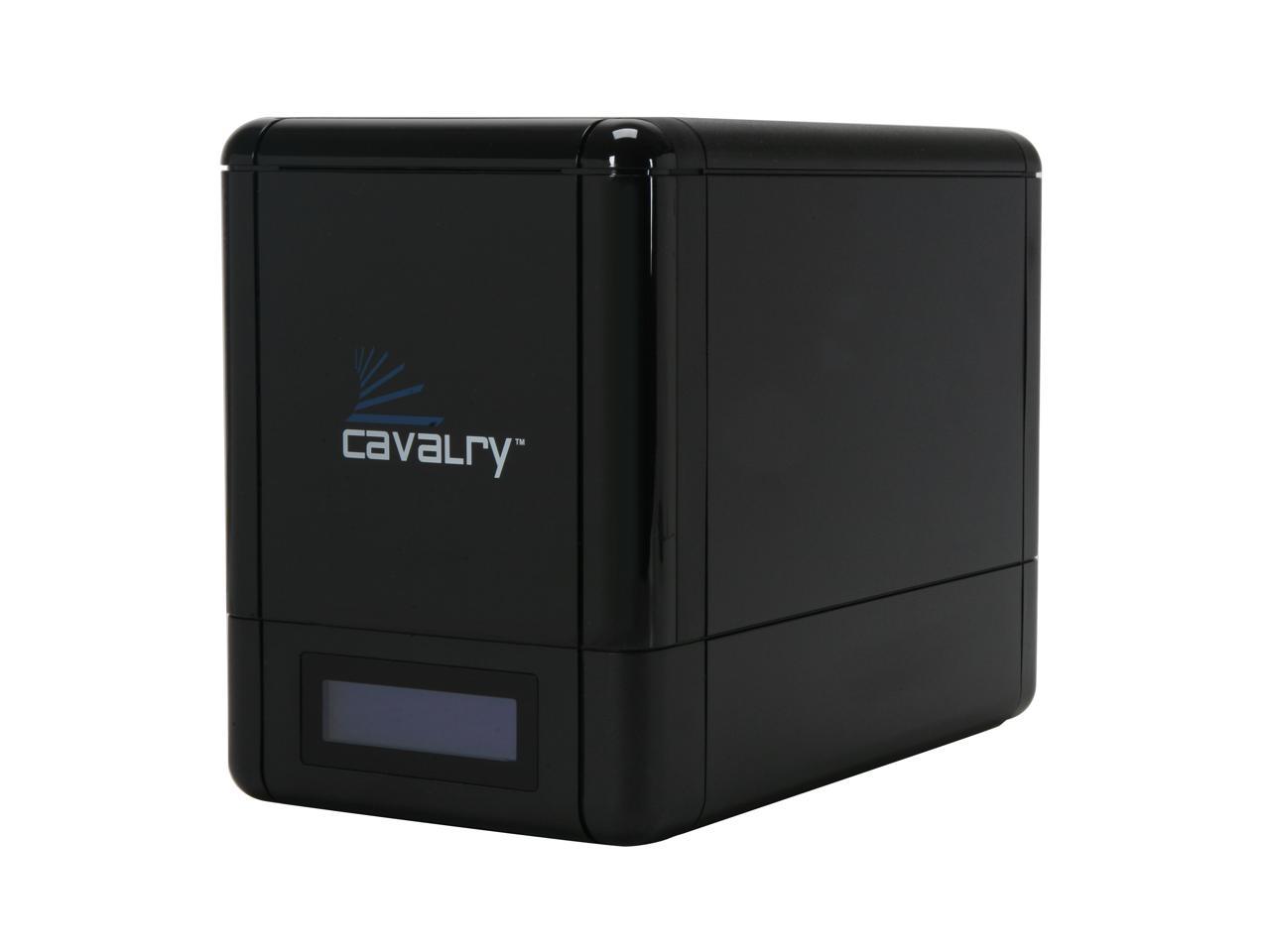 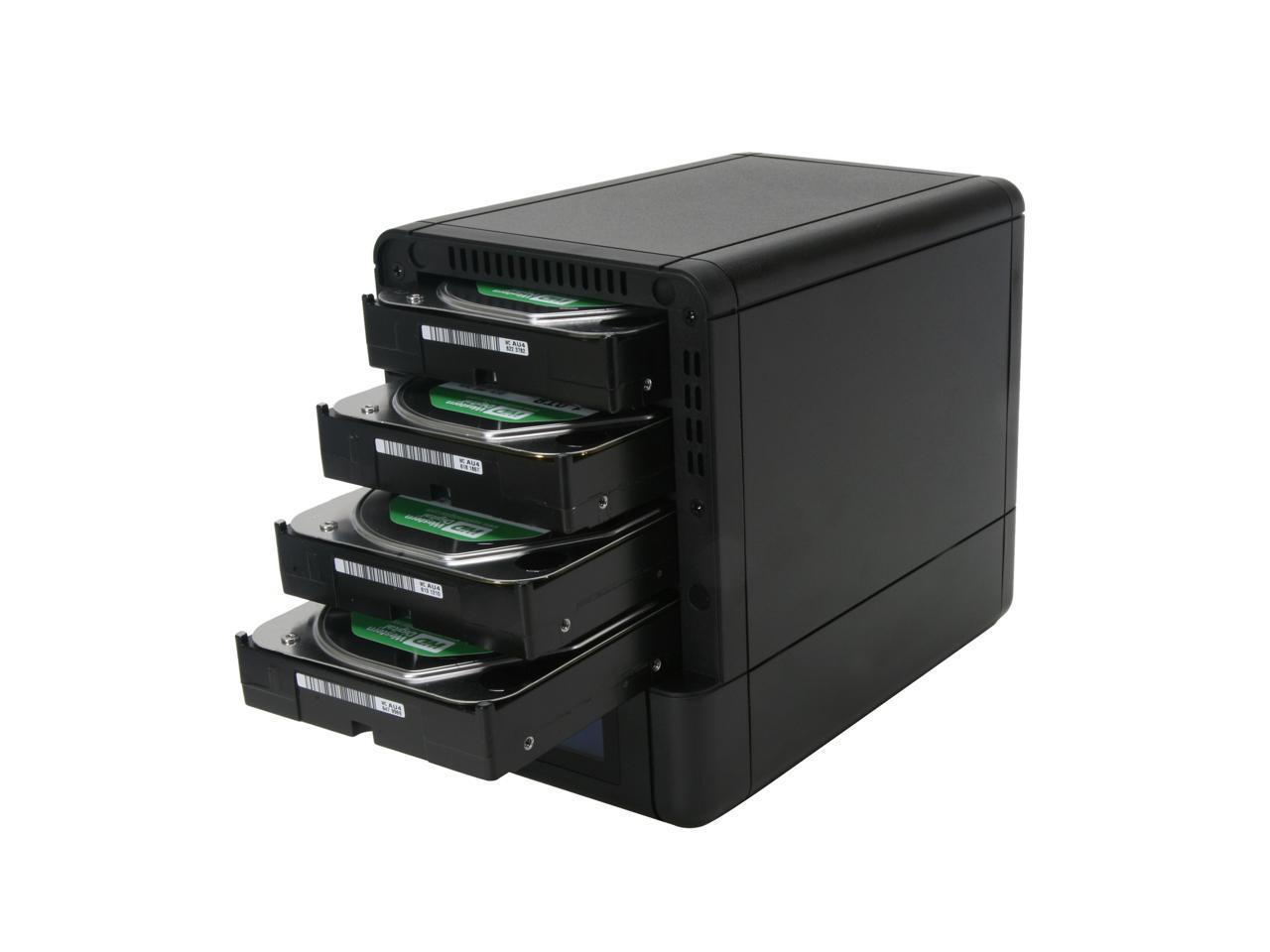 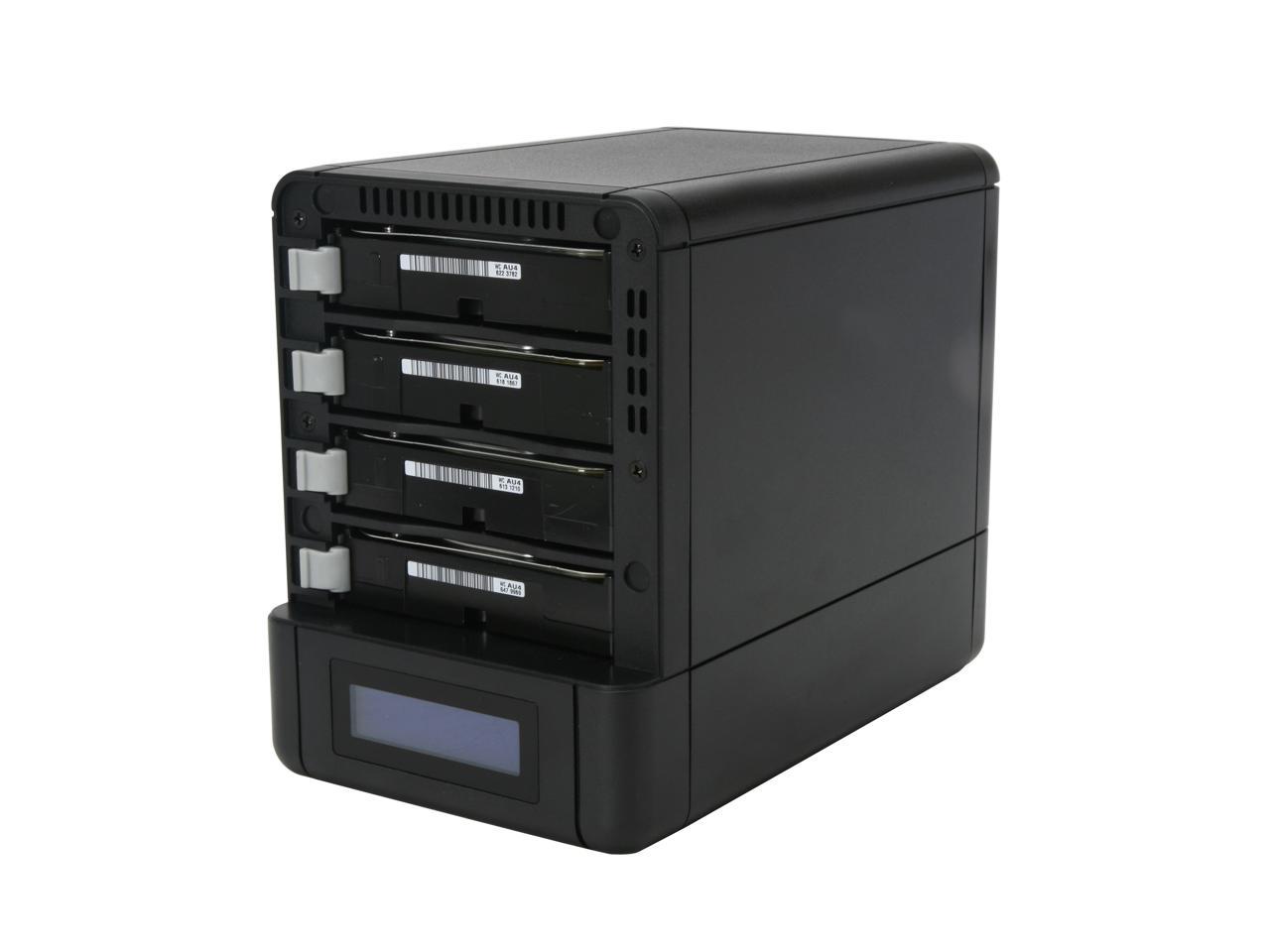 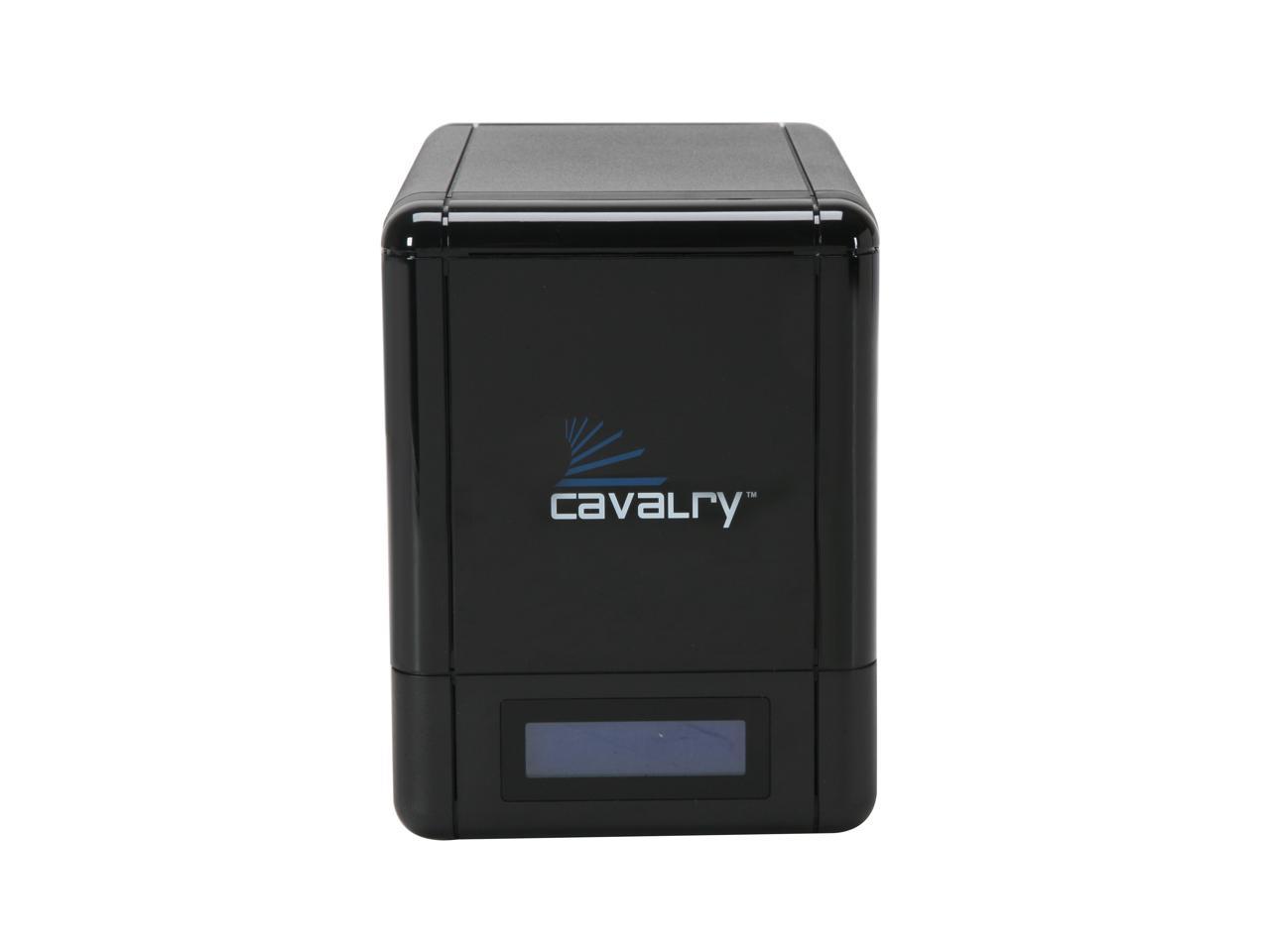 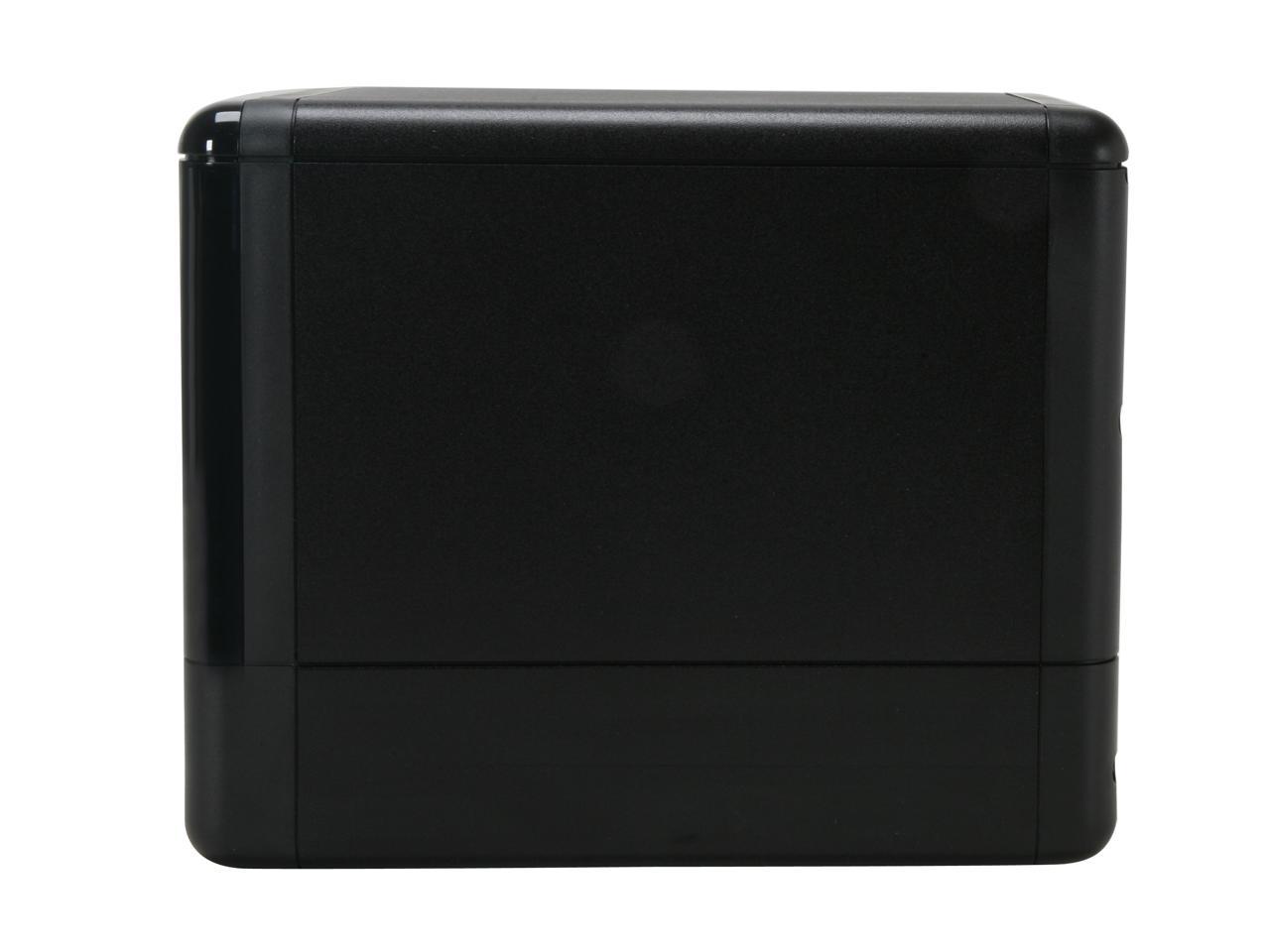 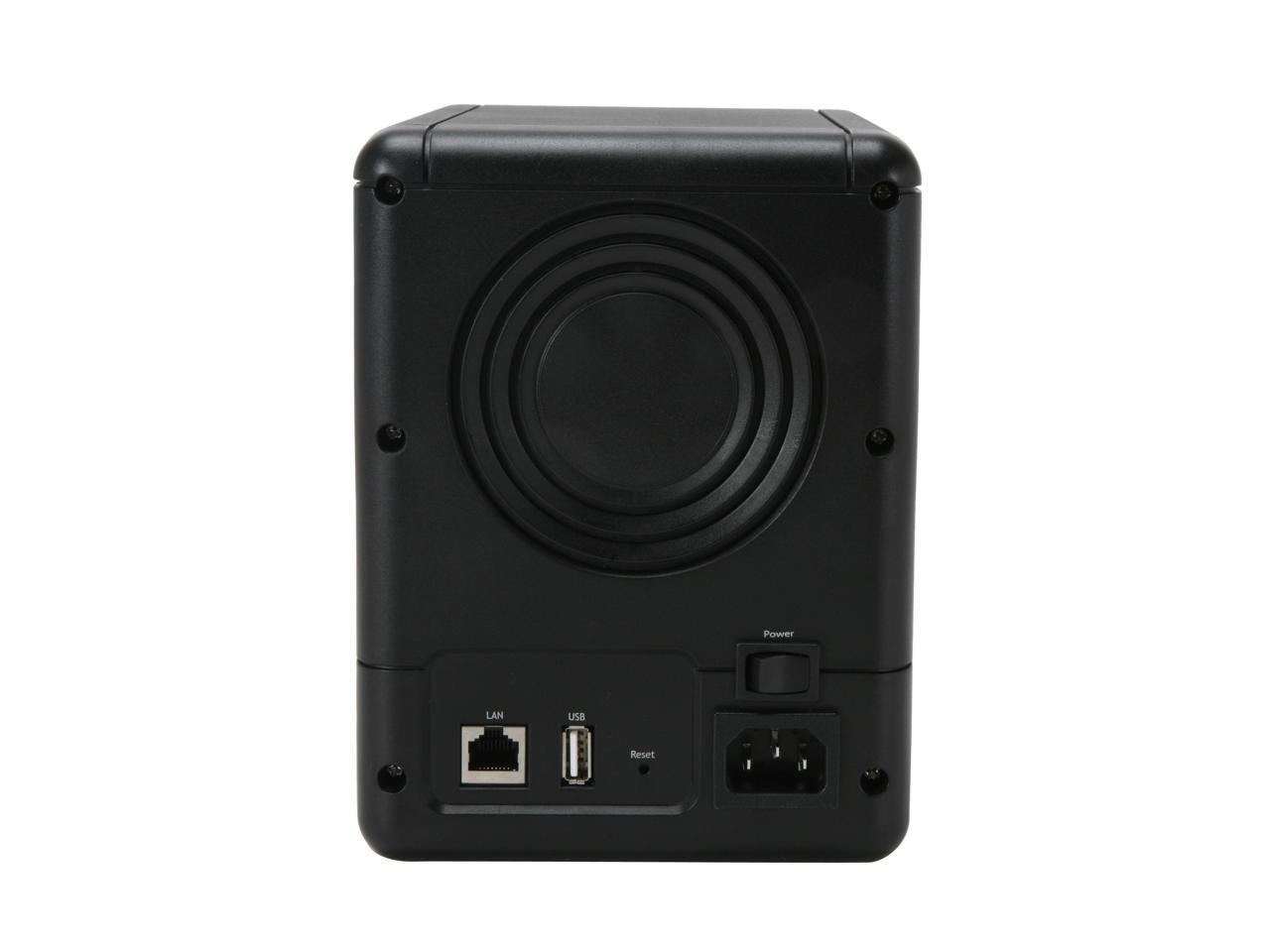 Pros: Esthetically pleasing, relatively quiet, very easy to set up on a network with both PCs and Macs, nice web GUI, easy to set up with FTP access.

Cons: Slow data transfer rates. Box and specs say 1000M available. We found it equivalent to, or slower than, USB transfer rates, and that was on a network using a Gigabit switch, Cat6 cabling and G5 Macs with 1000M network cards. Using the same network route we got 3x faster transfer rate from Mac to Mac, compared to Mac to NAS.

Overall Review: I wish I didn't have to return it but...I will. The English grammar in the notices is entertaining.

Pros: I should have listened to the reviewer below, because I took a chance on the open box product and it was a mistake. I am extremely disappointed. Nothing against Newegg. Maybe it was damaged in shipping, and it was slightly used...however it shows no sign of wear. This is my very first negative review, after years of buying. Nice potential, if it worked. The GUI is simple to use. I've never set up a NAS before and it would have been up and running quick, if I had gotten past the initial formatting. The CD includes two useful programs, though I haven't tested them. It includes a media server as well as a bit-torrent program which runs separate from your system. This means, turn off your system, leave the NAS running, and come home to a full media server. Sounds great, except I never got to try it out. Maybe I will, and update this review, since I may be forced to just keep this. I cannot RMA. :(

Cons: The overall quality of the item seems sound. It's heavy and solid as a brick, except for one crucial part: the drive clips. One drive appeared DOA. After checking every drive, they were all healthy. (FYI, it included Hitachi drives - no info on that anywhere, so I have to assume it's what comes in them all). The problem: It was the #2 drive bay with the fault. After inspecting the screws on the plastic fascia holding the clips, they turned too easily. Possibly stripped. This still did not account for the clips. The drives were still held firmly in place. After trying a crazy, too-stupid-to-work solution, All my drives were recognized. Solution? Stick a piece of cardboard between the drive clip and the drive, effectively shoving it back against the SATA port. Cause of the whole mess: faulty connection. The spring loaded drives work a little too well, pushing the drive away from the port. I'm sure it didn't help that the front clips were mounted on a plastic fascia with cheap screws

Overall Review: Sure, it was marked down a lot, but it was still expensive. I regret paying almost $500, and I cannot even imagine spending retail price. For this amount of money, I'd expect a lot more in terms of quality. Such as a working product. This product is horrible. I was willing to take a chance on slow data speeds, but I never even got that far. MAYBE you'll get one that works, and if it does, it looks like it would be a great product. Me, I'm stuck with either refunding it, losing out on shipping, and having to pay more for another NAS...or just sticking with my brand new, $500, jury-rigged, cardboard/duct-tape NAS. If this is REALLY made in the USA, then the manual was written by foreigners using a bad translator. It is in broken english.

Pros: As an update, Cavalry actually honored the RMA, even if Newegg wouldn't. Nothing against Newegg, I knew this in advance. I didn't know that Cavalry customer service would be so helpful and still honor the RMA...Thanks Cavalry. To make up for the previous review, I bumped up the rating. PROS: Decent speeds, I seem to get around 12-15Mb/s from usb drive to pc to NAS. I haven't tried directly from PC yet. Torrentflux is a nice app. I shutdown the PC and just leave the NAS on and it downloads all my torrents, extending the life of my overclocked PC. Formatting and set up is a snap. It seems to work fine now, how it's supposed to, if not right away...

Cons: It still does not feel like it should for how much it goes for, retail. It was actually DOA when I got it back from RMA, but for some unknown reason, it powered on when I tried it again later. All I did was remove the back plate and put it back on. I didn't touch a thing inside. Also, the screws on the back were already loose and ready to strip with the slightest pressure. I had to be extremely careful.

Overall Review: For the price, it was a bargain, and a solid NAS if you can get past the imperfections. This is only one unit being reviewed here, keep that in mind. It might not be the same for all, depending on how quality control is. It performs as it should now, and I'm able to use it as I intended. Only time will tell on it's reliability. Cavalry customer service is good, and they held up their end. They delivered the RMA and I don't think you can go wrong when a company's customer service honestly backs up their products. For that I am extremely grateful.