FREE SHIPPING
Sold by: Newegg
Shipped by Newegg
Newegg’s gift-wrap service is the ideal solution for making your gift special! Select your item as a gift, then add your message. Your gift will also be discreet with no prices being included on the packing slip.
Price Alert
Add To ListFound on 20 wish lists 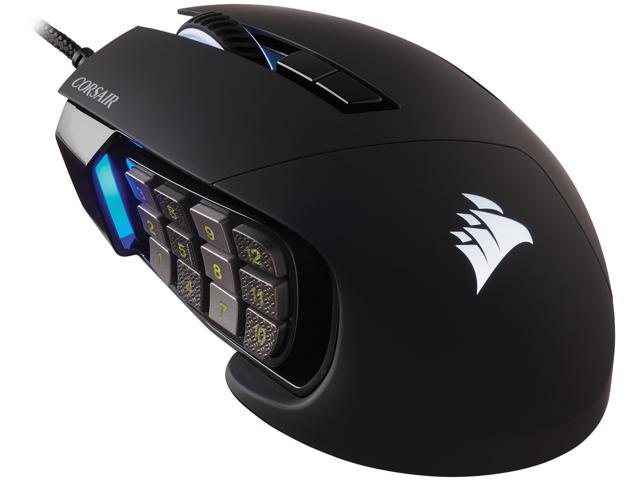 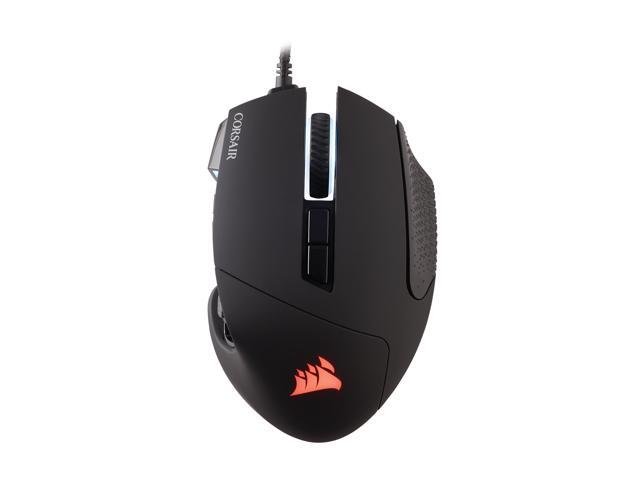 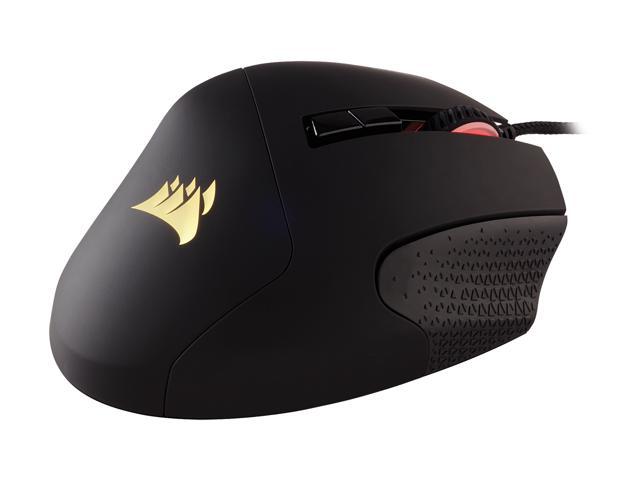 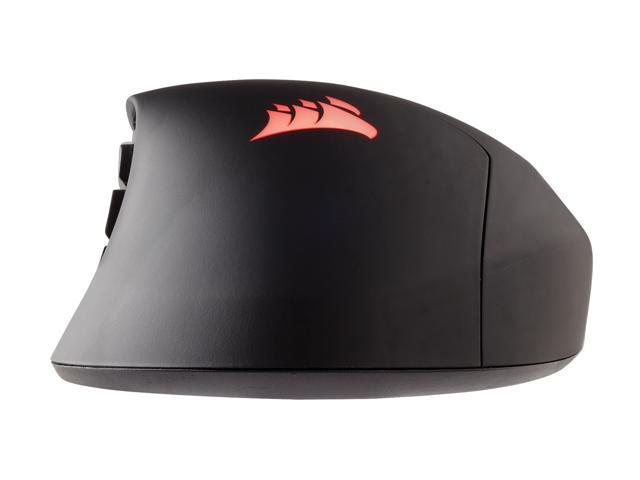 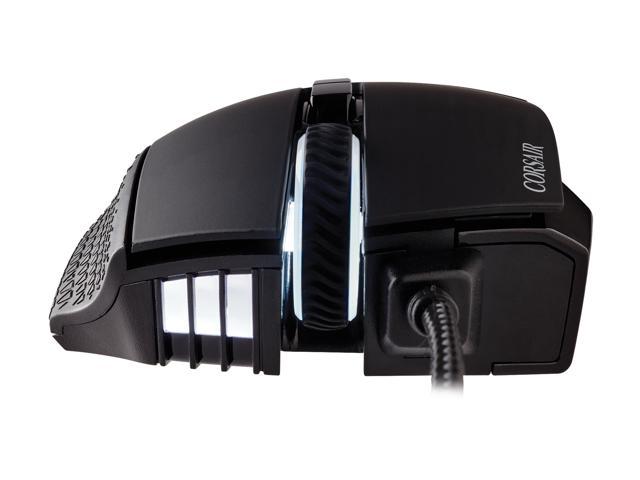 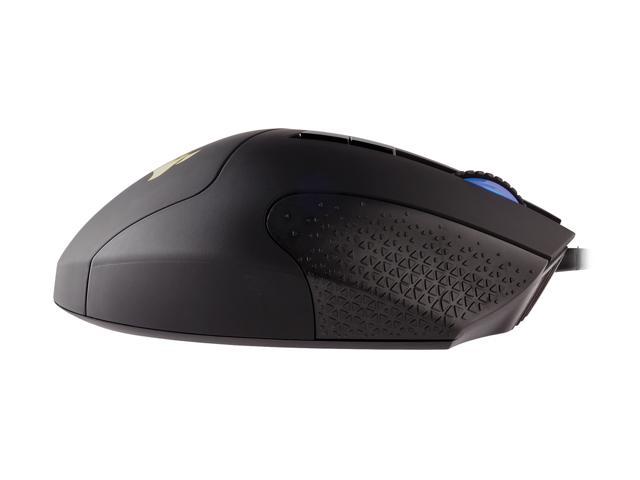 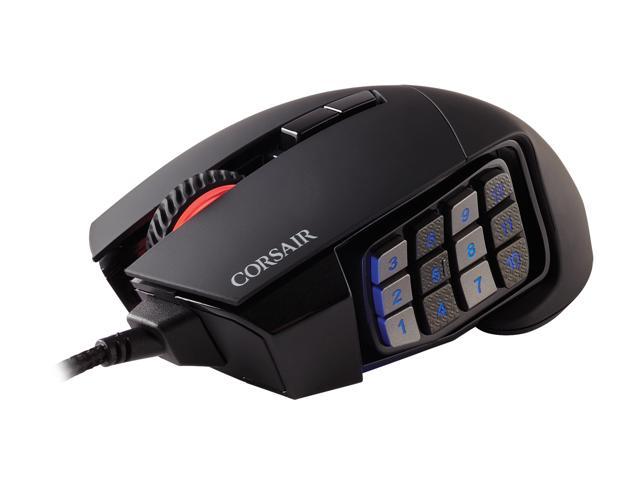 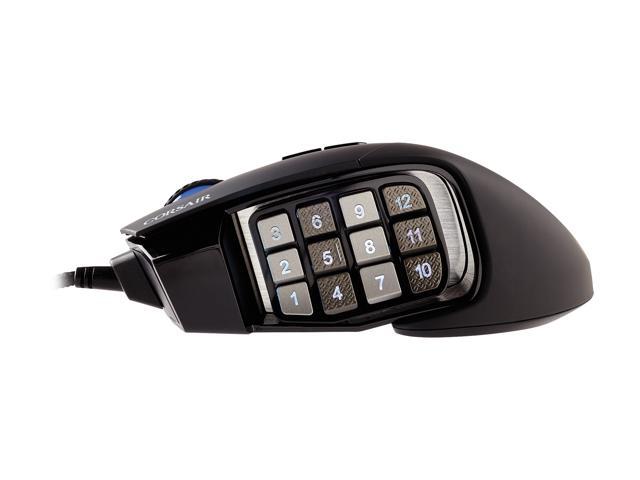 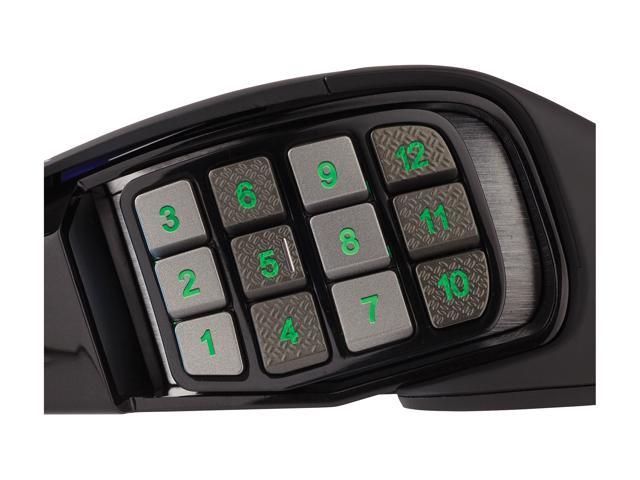 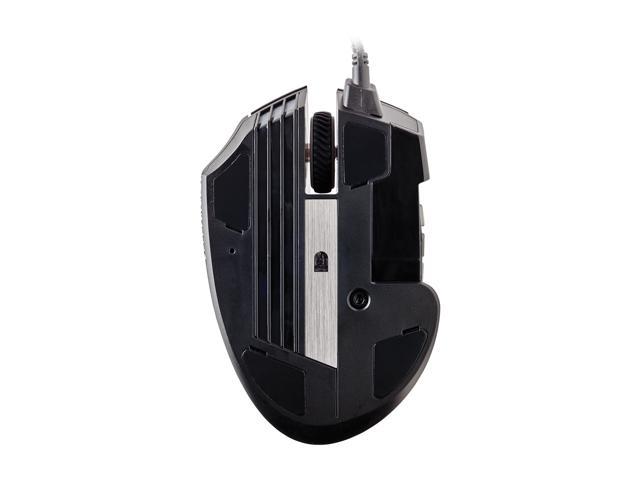 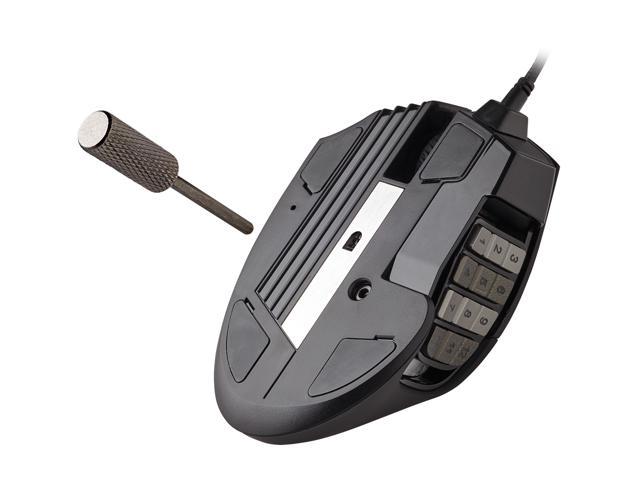 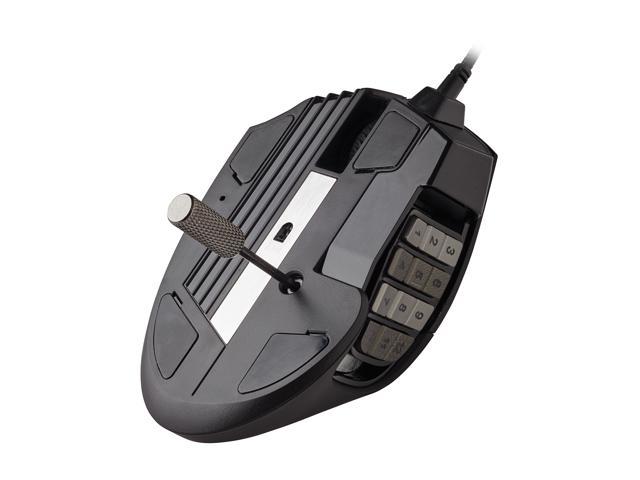 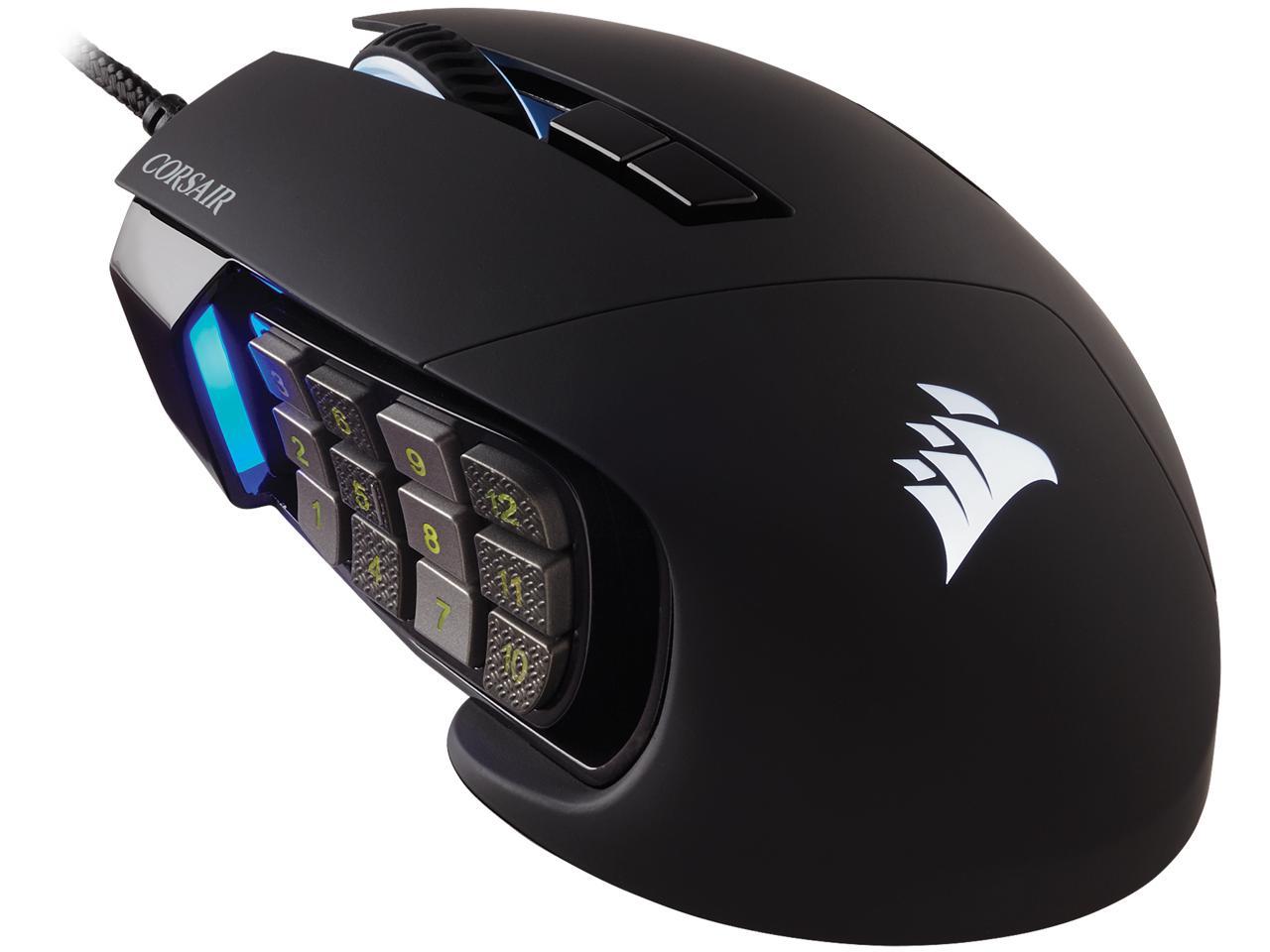 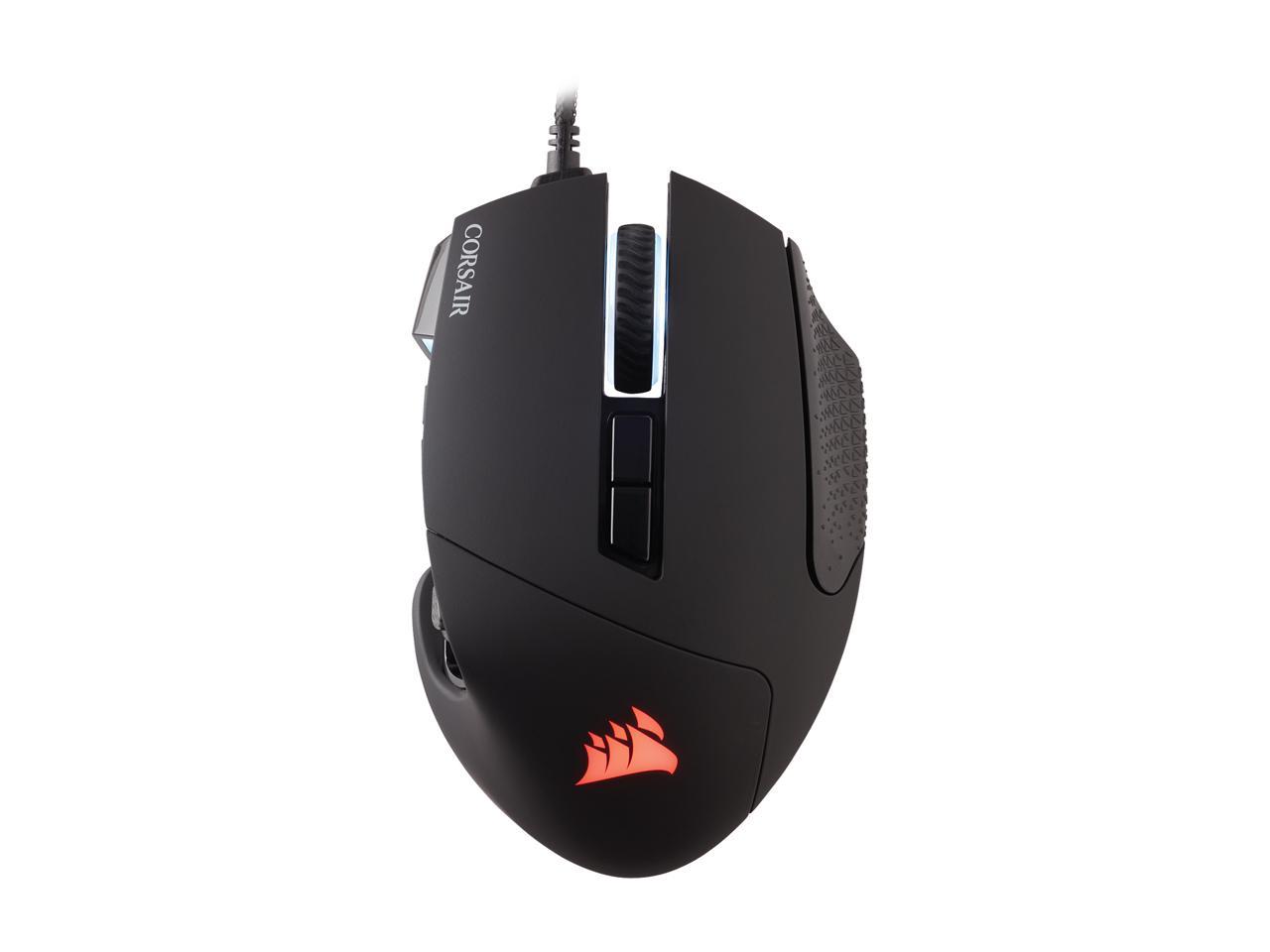 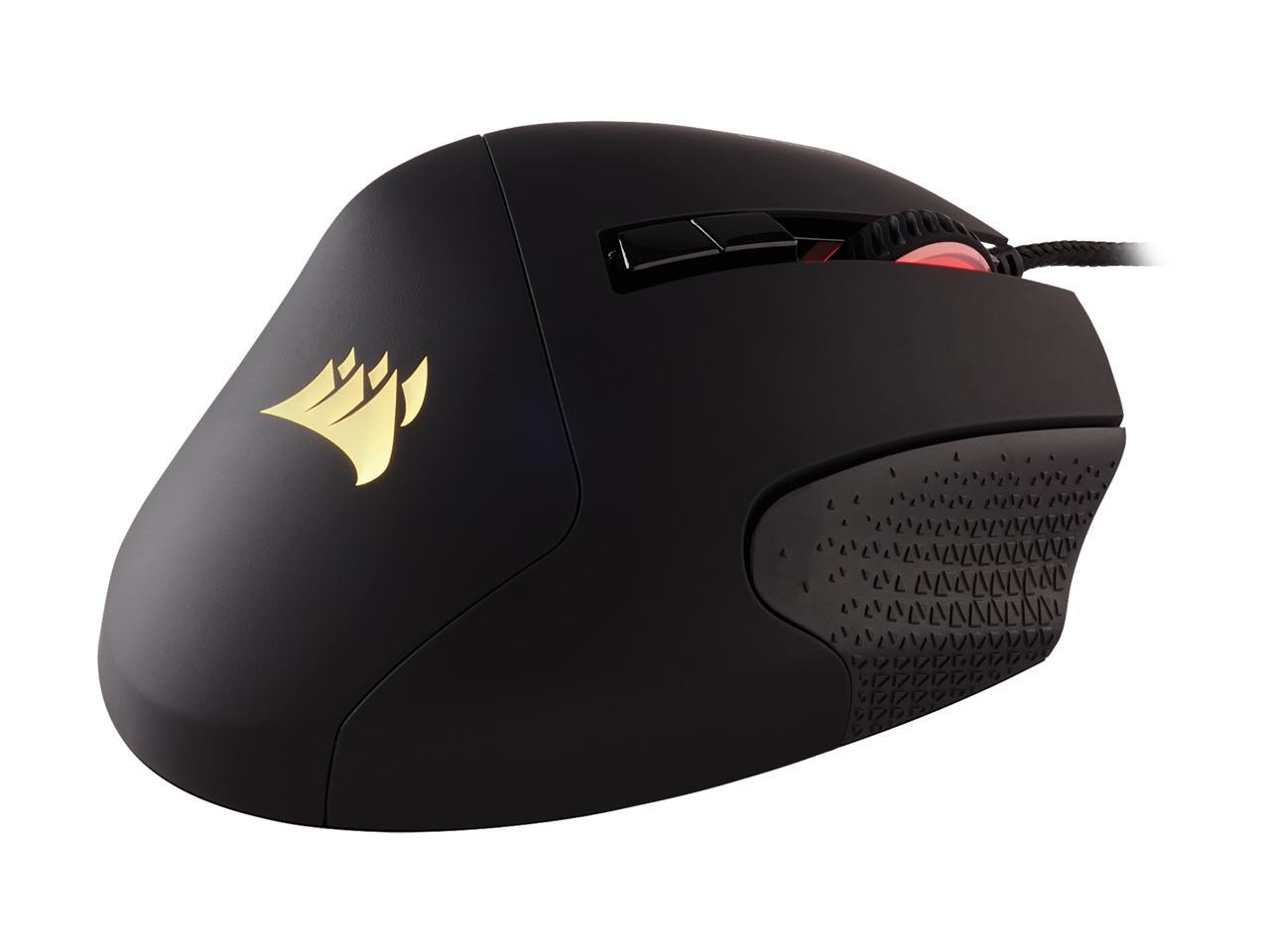 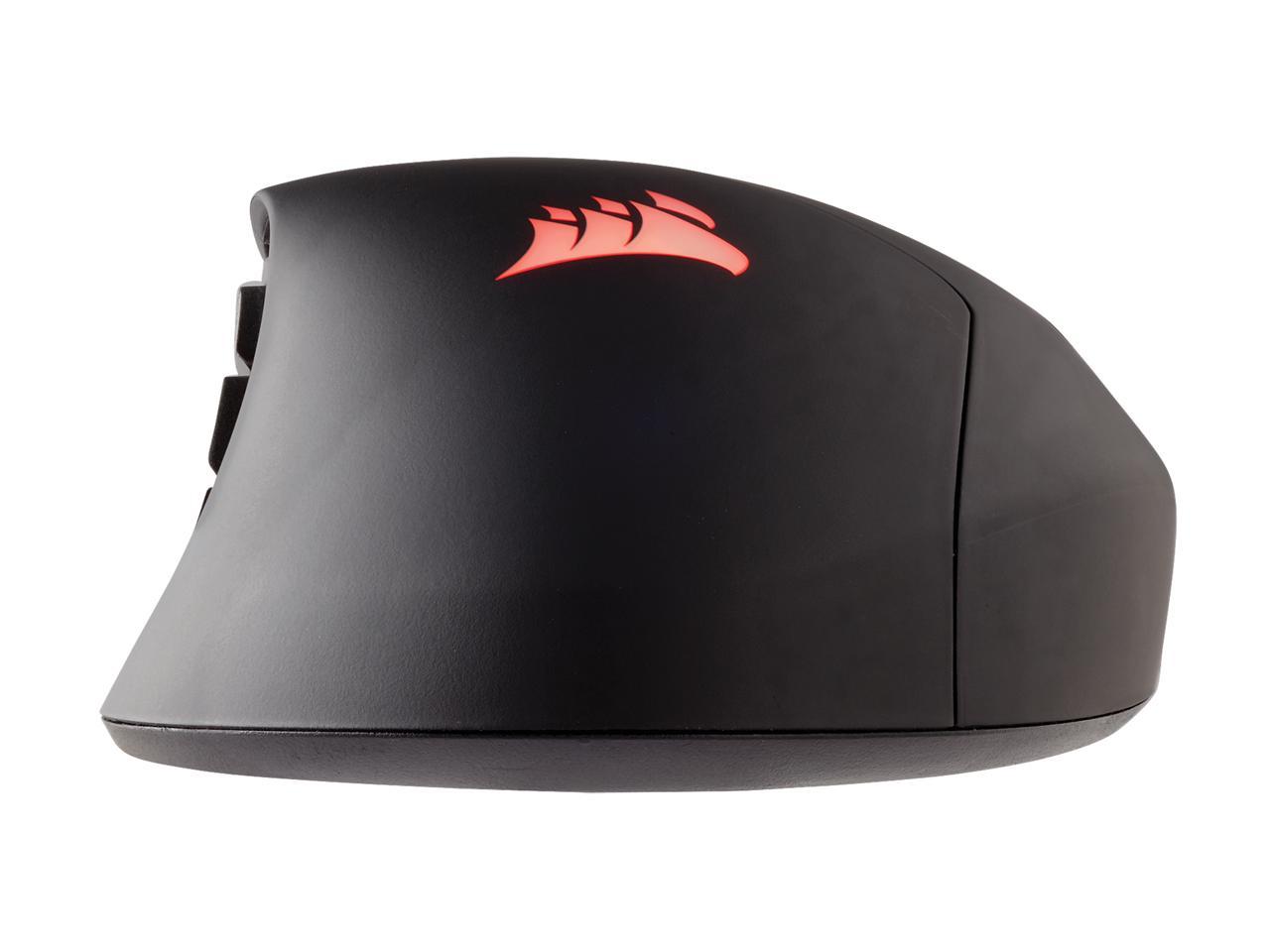 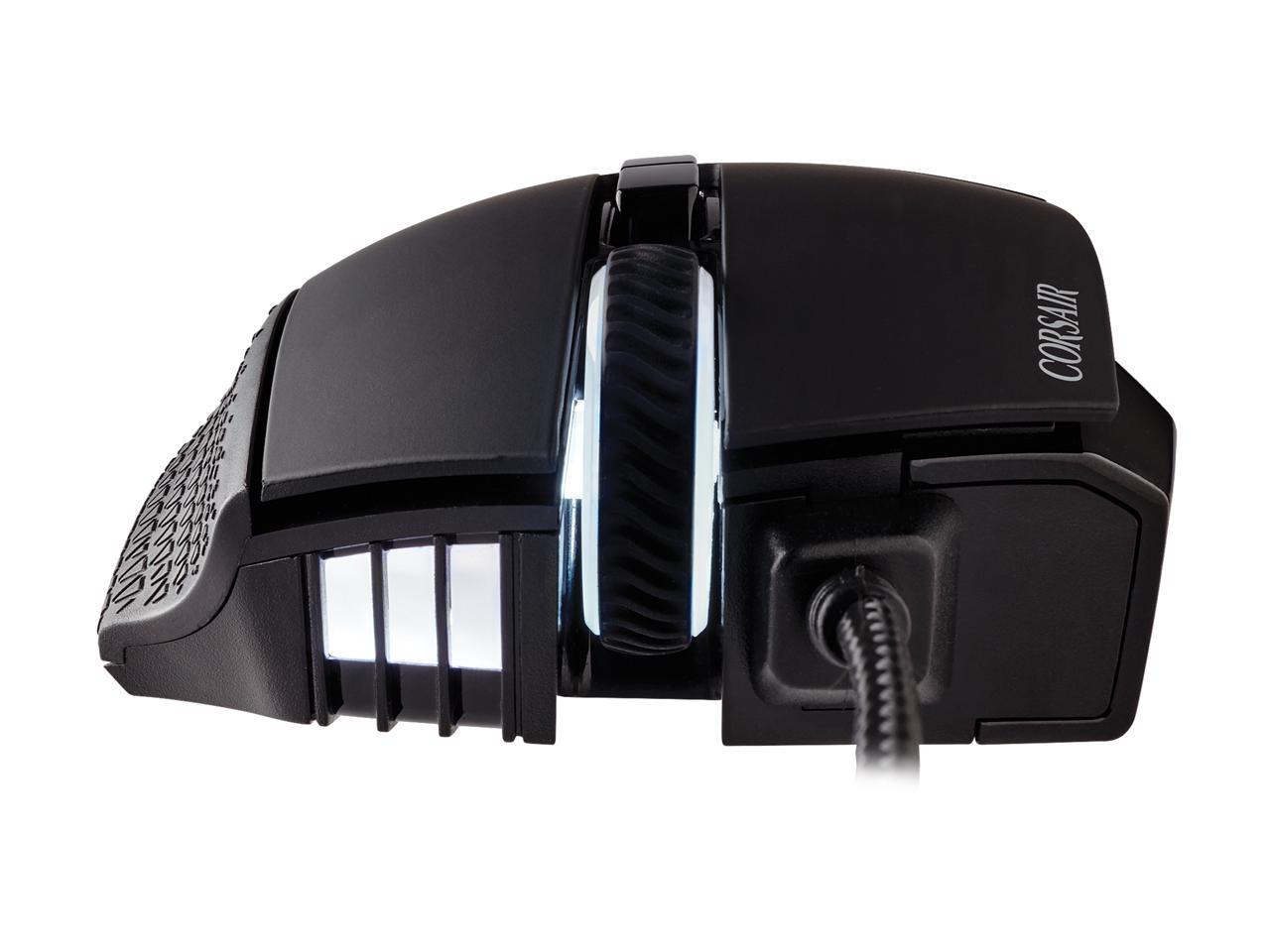 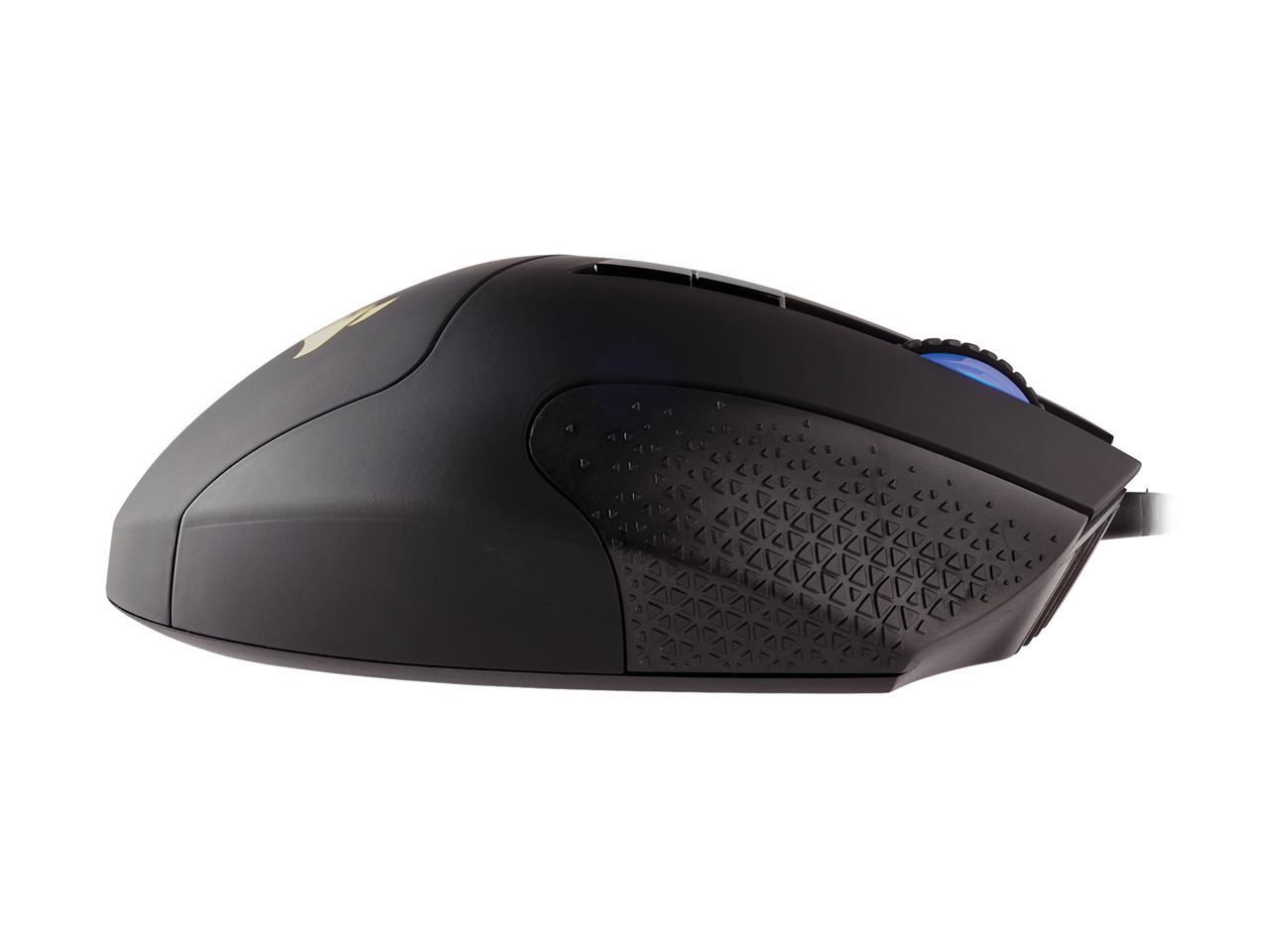 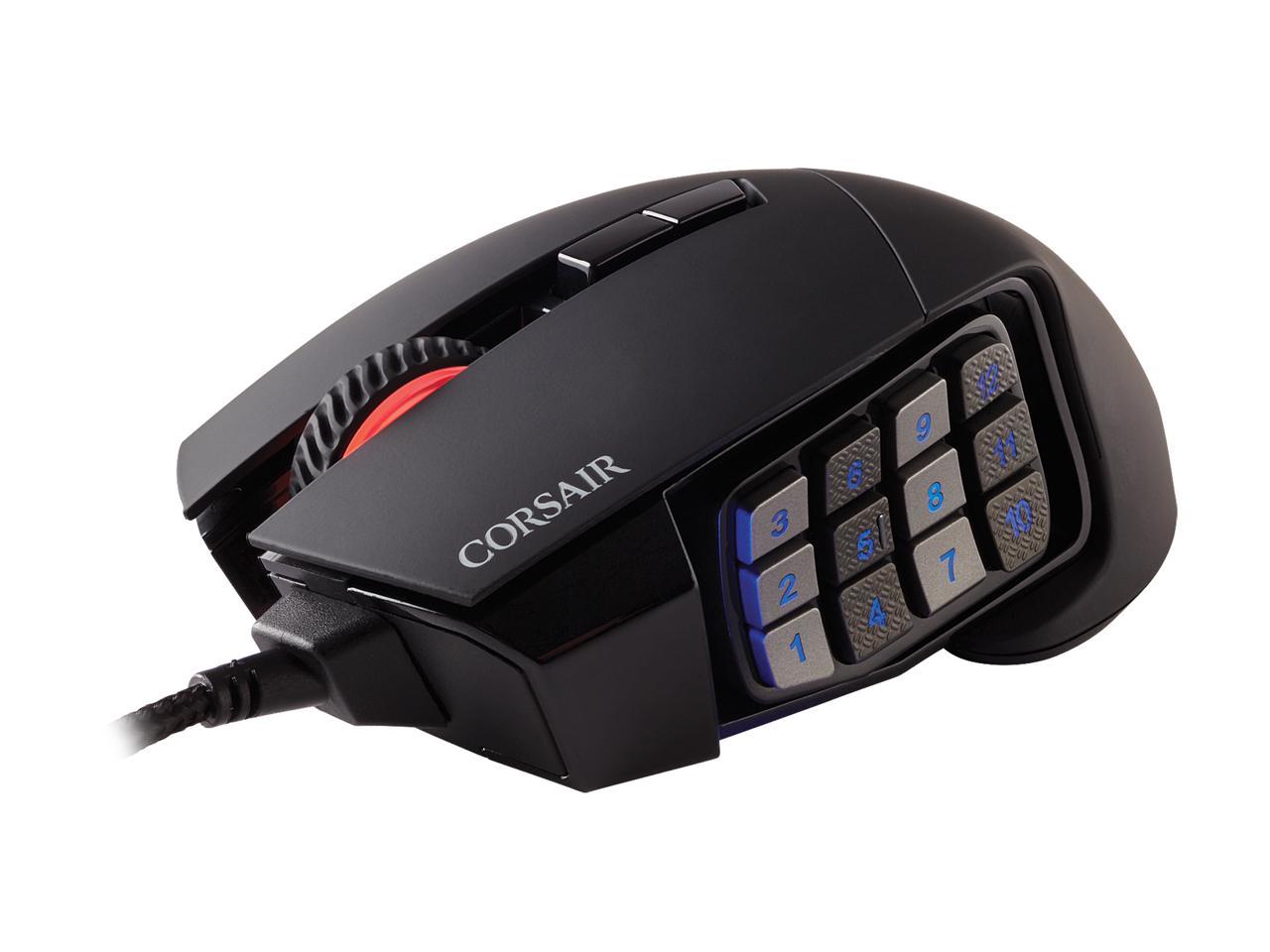 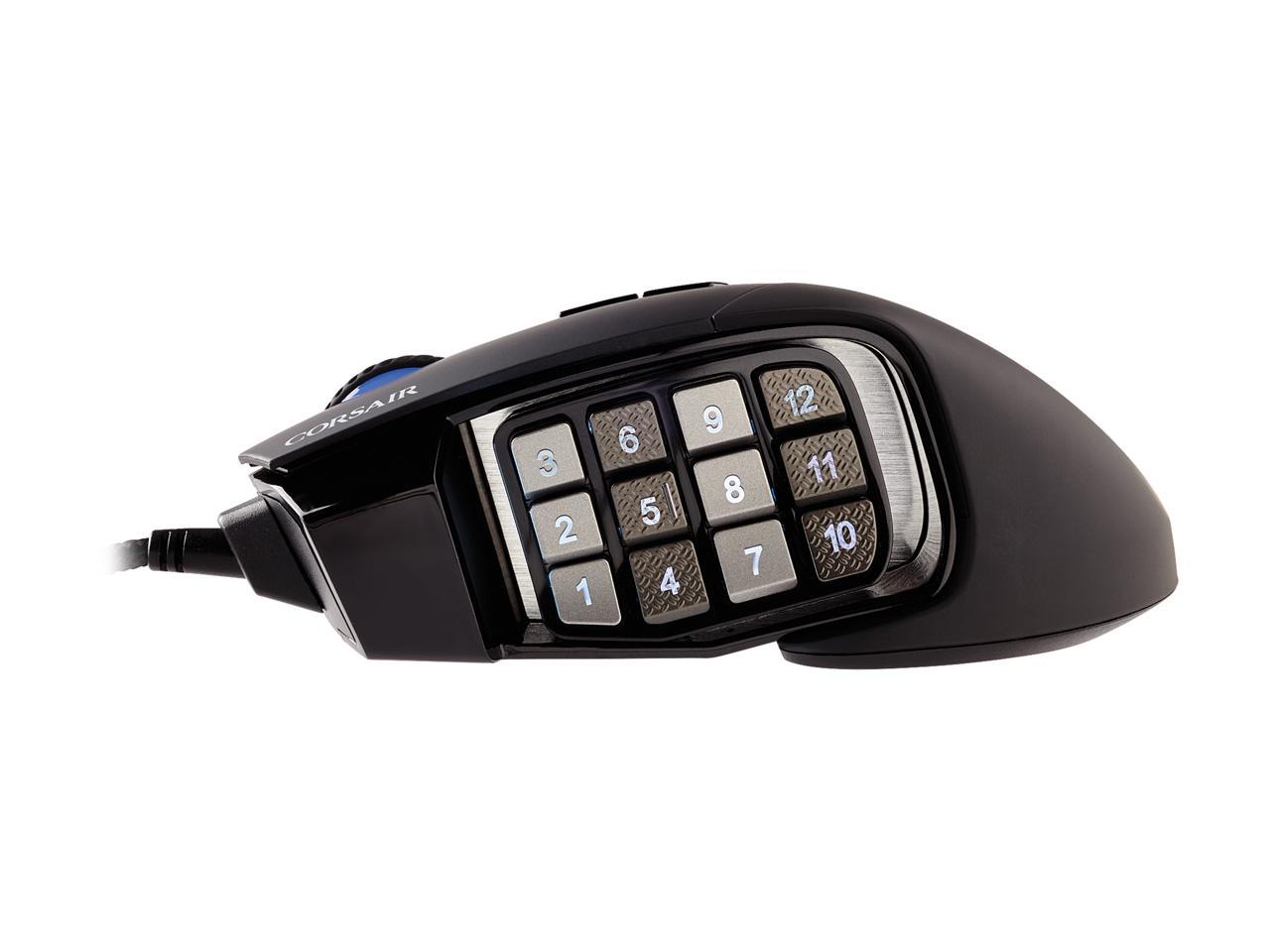 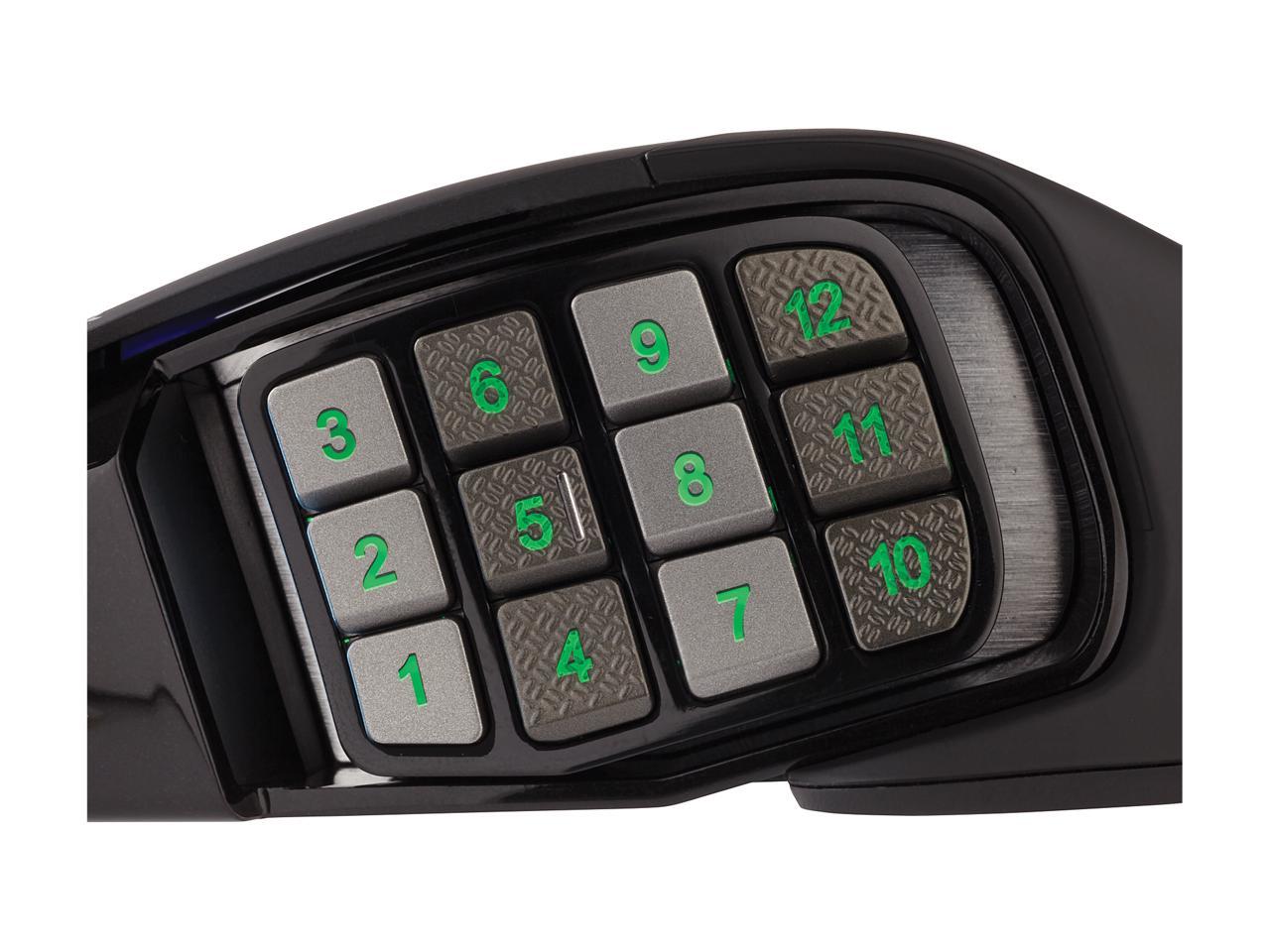 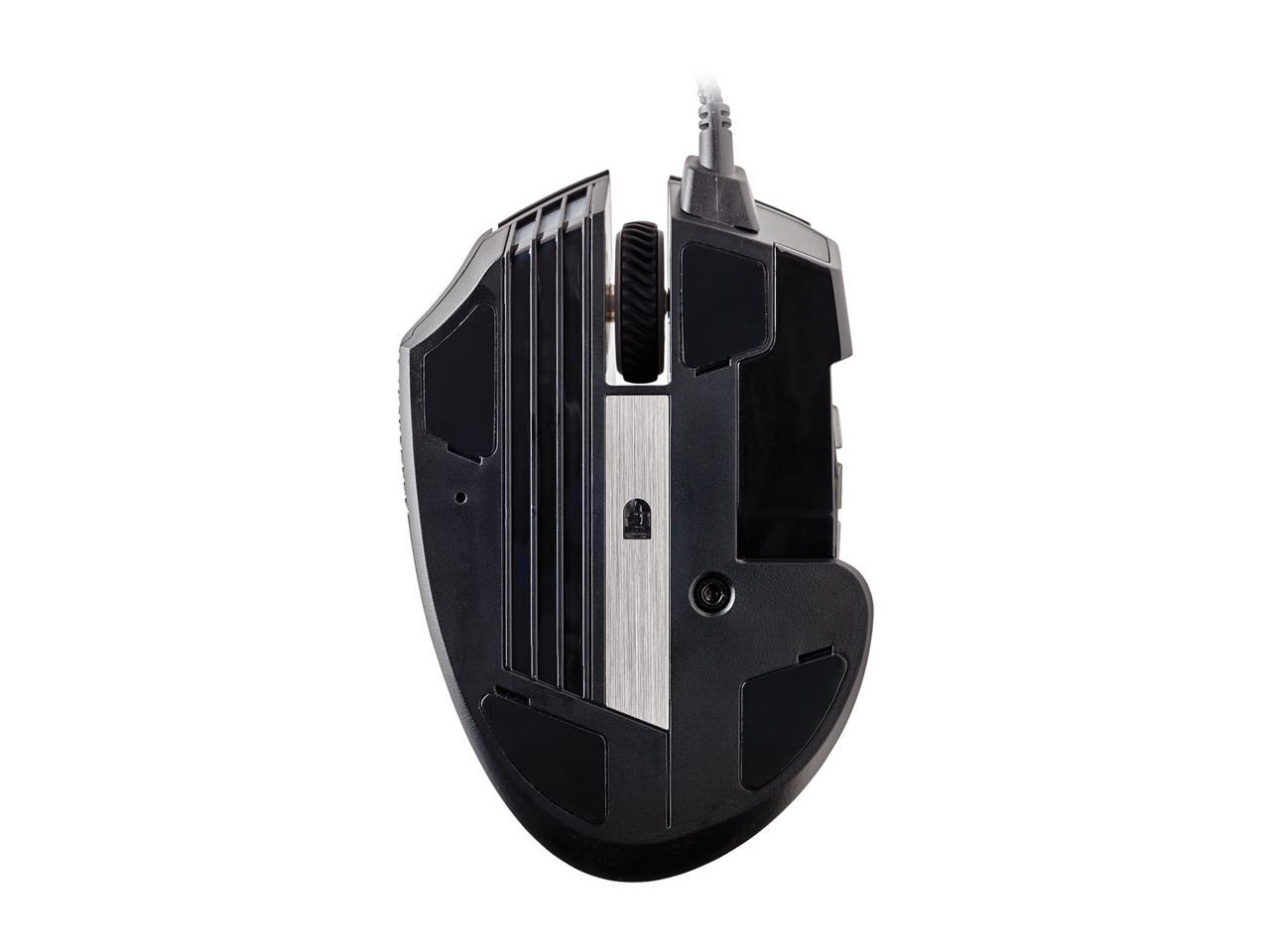 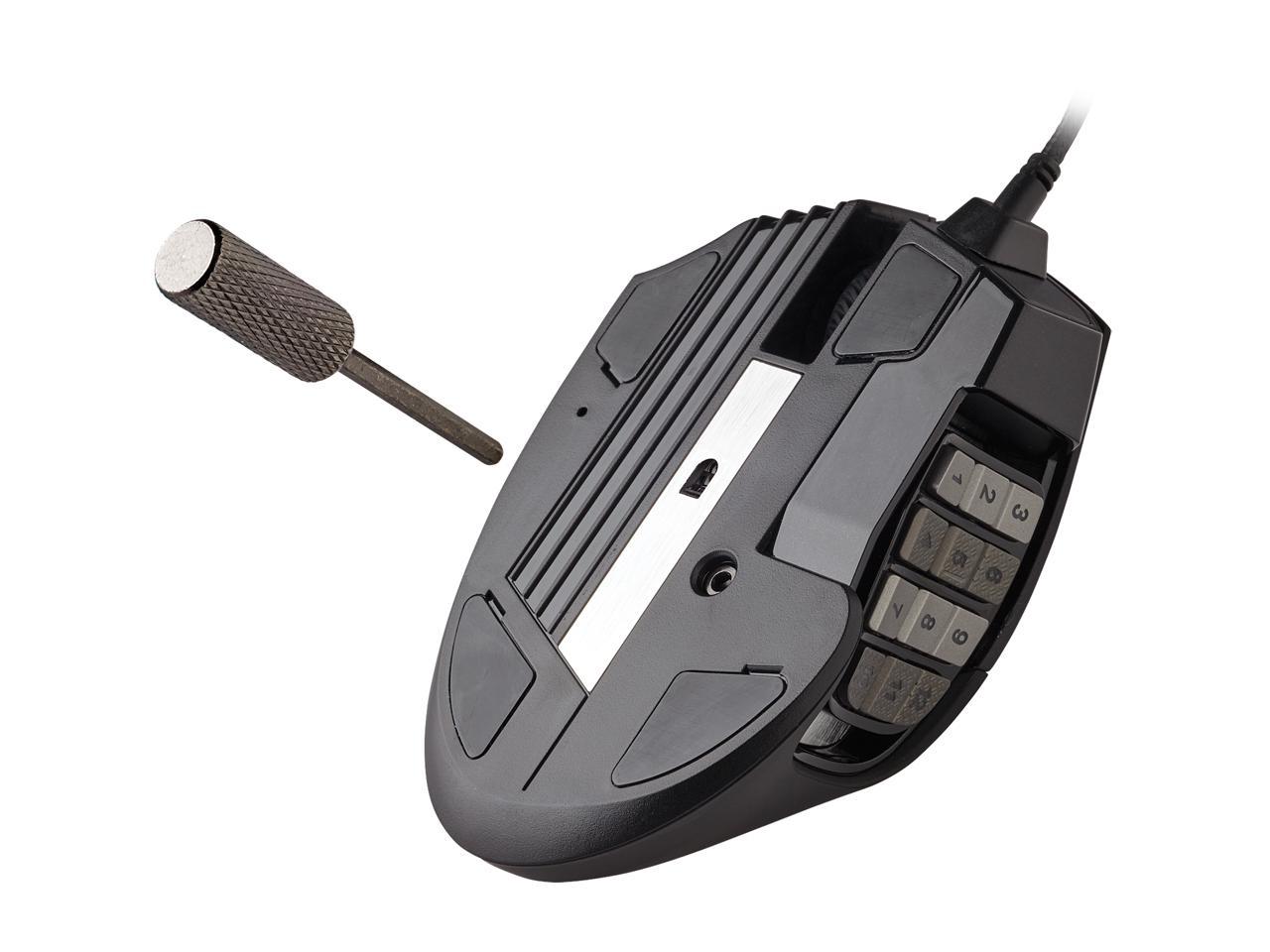 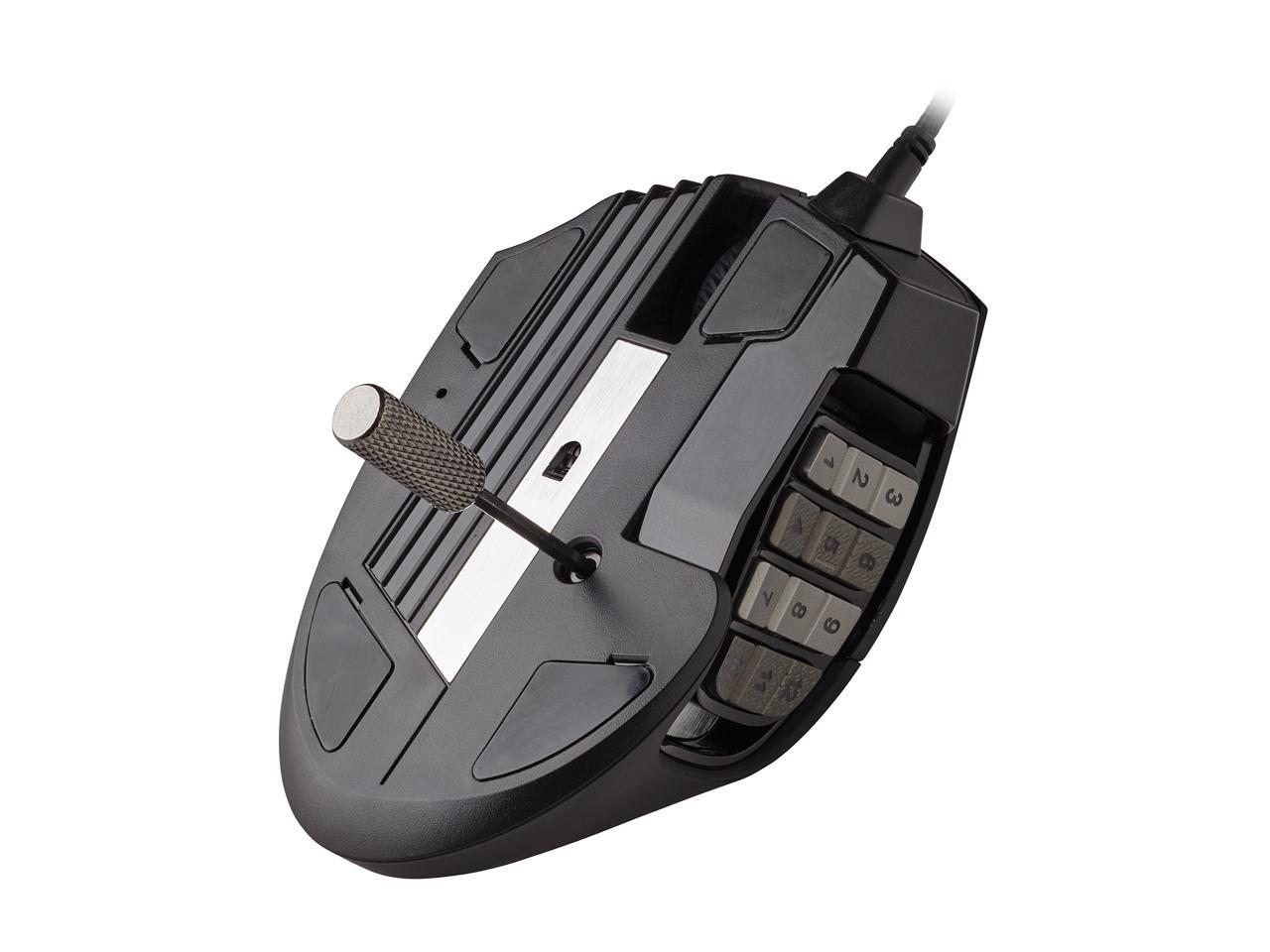 Patented Key Slider™ control system lets you reposition the 12 side buttons to comfortably fit your grip.

Near limitless customization of colors and effects.

Stands up to the wear-and-tear of long gaming sessions.

Take your macros and lighting profiles with you anywhere you go.

Maximizes precision and responsiveness based on your mouse surface.

Pros: Number key pad built into side of mouse is nice feature, once you figure out how to get it working.

Cons: With the companys stellar reputation you'd expect this mouse to at least outlast the warranty period, but I personally wouldn't count on that.

Overall Review: Like Dave mentioned above, my scroll wheel broke down on me after about a month, it will scroll down 2 lines and then it will bounce back up a line or two, and after that wither it wants to scroll down any longer or not is anybodys guess. The mouse doesn't come with the software needed to set up the mouse, and it's unintuitive enough that they have links to you tube videos explaining what they expect you to do. I put in a ticket to RMA mine and so far the response I've gotten are suggestions for software fixes. I highly doubt software is going to fix what seems like a mechanical issue to me, and at this point I've written the mouse off as a bad investment, and ordered a Steel Series Sensei, a product I've used in the past with excellent results.

Manufacturer Response:
Hello Charles, Sorry to hear about both the issue and the lack of correct communication. Please reach out once more on the open ticket you have and ask for an escalation so another team member can take a look at your case and hopefully solve it. You can contact them right under: support.corsair.com -Art
Dave
Ownership: 1 month to 1 year
Verified Owner
Great concept but bad quality 2x with this mouse5/31/2021 10:34:27 PM

Pros: Like the number of mouse buttons you can assign to game keystrokes

Cons: Not very durable mouse as buttons and scroll wheel break down easily

Overall Review: Had it for 30 days and now the side number 4 button is stuck in and keeps triggering keystrokes during gaming. My last one from new egg was a refurbish and the scroll wheel would reverse direction every once and a while. Would not recommend.

Manufacturer Response:
Hello there Dave! Please let us help with an exchange given the issue sounds mechanical. Please reach out at any time right under: support.corsair.com -Art
Anonymous
Ownership: more than 1 year
Verified Owner
Well made and a good gaming mouse.8/8/2021 11:29:07 AM

Cons: Don't care for lighting but it let you know what setting on speed you're on so a con and a pro.

Overall Review: I love it best one I have had thank you.

Overall Review: Coming from a Razer Naga Epic, this is a great replacement. Gave me a reason to install icue software to fully control rgb on my ram also. Only downside is the 1 button on thumbpad sits a little low, regardless of slider position. Would buy again.

Anonymous
Ownership: 1 month to 1 year
Verified Owner
perhaps the worst mouse to ever claim to excel at what it supposedly is designed for5/27/2021 2:52:33 PM

Overall Review: and by "supposedly", i mean that its clear this mouse was designed with the software in mind - namely, to artificially inflate the download/user count for what be otherwise be completely untouched software. the issues began immediately when i discovered the "gaming" mouse's default setup for a simple 1-12 number pad had bindings for copy, paste, delete, and other nonsensical things. the solution, besides trashing it and getting something else, was to download their wretched software, iCUE to remap everything. first of all, installing this garbage software was almost impossible. it froze for a substantial amount of time during its installation and i took to the internet to find out what i could do. several people had the same issue. luckily, it was able to install eventually. the second issue with this terrible software came when i was actually trying to rebind the keys to an actual, usable, status. the user interface of iCUE is amateurish at best. its as if someone with zero experience in computers designed it. not only that, the software is extremely clunky, slow to load, and needlessly complicated. the common user probably wouldn't be able to figure it out. i very nearly couldn't. upon restarting, iCUE would load with the on-board default profile, meaning everything i did was void. i had to slowly load this trash software up to individually delete every single profile i could come across except for the one i designed. now for the actual ease of use, physically. there is virtually none. this mouse clearly wasn't fitted to anyone's hand. it is dreadful to wield. if ever there was a mouse to induce carpal tunnel, it was this heap of trash. the shape is absolutely mind-boggling. nothing about it is form fitting at all. you essentially must claw this mouse and moving it is a tremendous strain. it is disgusting. its putrid. and the default position of the keypad doesn't even line up. no one tested this thing. at least, no one with normal hands. speaking of the keypad, this thing is a joke. a major "feature" of this waste of plastic and rubber is the fact you can reposition the keypad. only a terrible mouse like this would need to even consider repositioning anything. if it were designed with any care at all, everything would be lined up exactly as it should be. this is true for every single mouse or controller in existence. where's your anatomical data? have you seen a hand? know what a hand even is? so, how do you move it? you grab the alan key from the box...yes, the alan key...and you loosen the pad from the bottom of the mouse. then, you slide it to your desired position and lock it back into place. there are definitely easier ways they could've done this such as a simple switch on the bottom of the mouse instead of requiring the use of an uncommon tool. or, you know, they could've designed the mouse better to begin with. the middle mouse button requires an abnormal use of force comparatively to any other button. you need to make a fully conscious effort to press it. do they not know that buttons are meant to be pushed with as little effort as possible? there is nothing good about the dpi switch. due to how overly complicated the iCUE software is, i couldn't really grasp how to fix it. there are several modes, 90% of which are unusable including what they call "sniper" mode or something like that. having a snails pace dpi or a hedgehog pace dpi are 2 extremes that shouldn't exist on a mouse to begin with. the last nail in the coffin to bring me here to review this mistake of technology was the fact that several keys have straight up stopped working. i opened it up and discovered that the keypad itself is pretty much sealed off and the ribbon cable connecting it to the board is slightly lose, probably limiting the number of keys that will actually send any signal. the way it is designed is clearly intended to prevent repair which is a major issue in the technology scene right now. the end of the cable that reaches into the keypad has a window to show it is not fully plugged in, but the frame around it makes it impossible to do anything about it. it is as if they intended it to be a final hammer to the face to anyone who might want to try salvaging this waste of existence. do not bother. really, just don't.

Manufacturer Response:
Hello, And sorry to hear this just wasn't what you needed or wanted. If you have any questions regarding anything, feel free to reach out to us at any time: support.corsair.com -Art