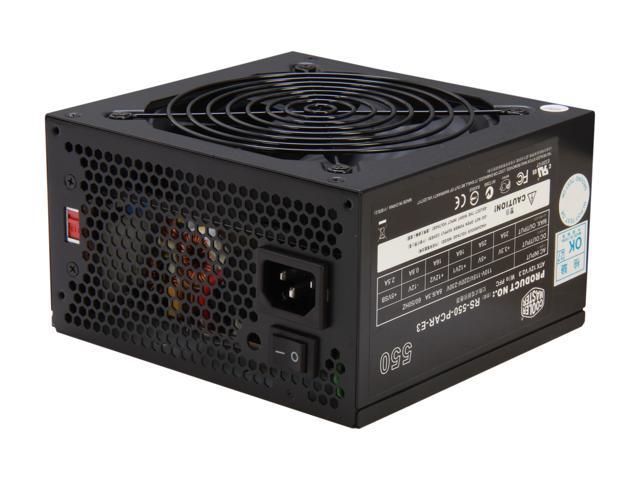 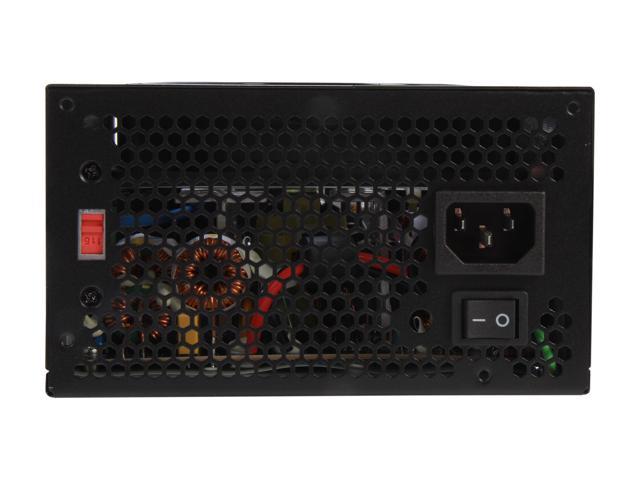 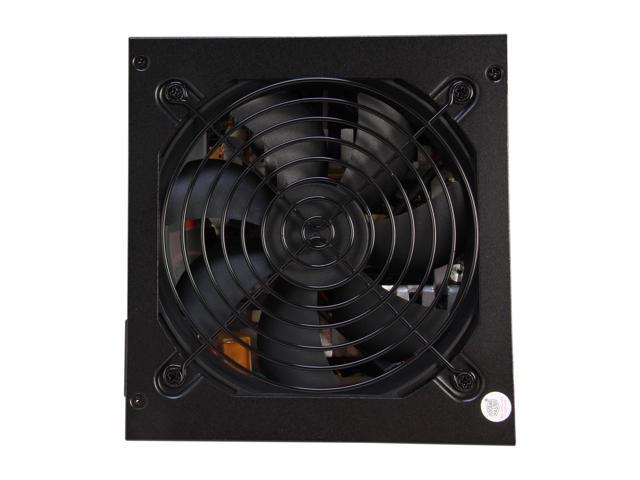 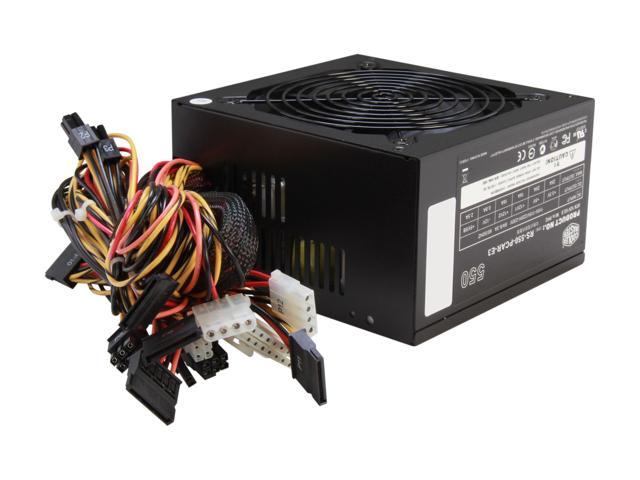 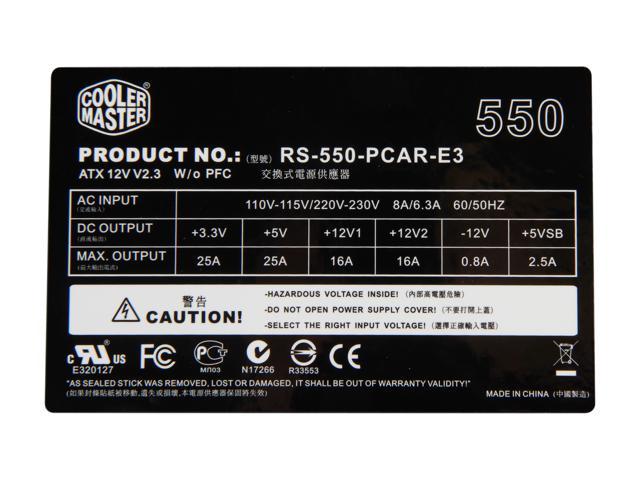 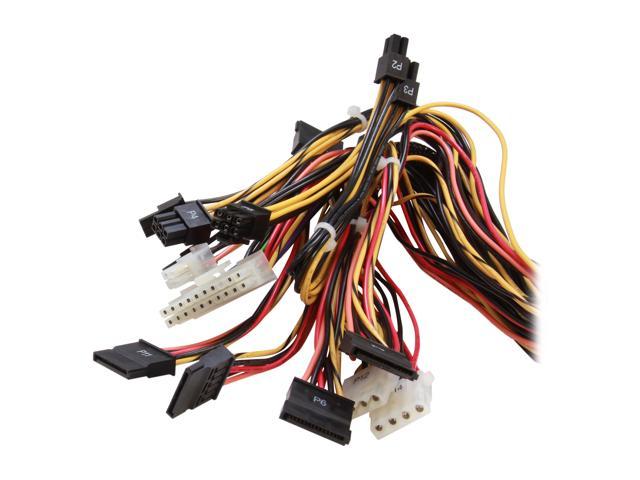 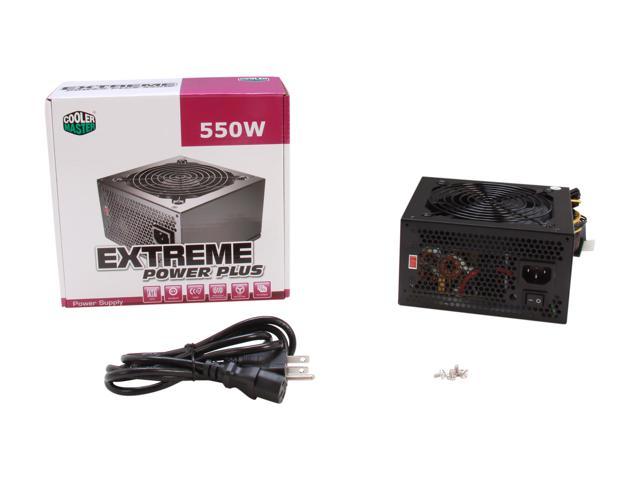 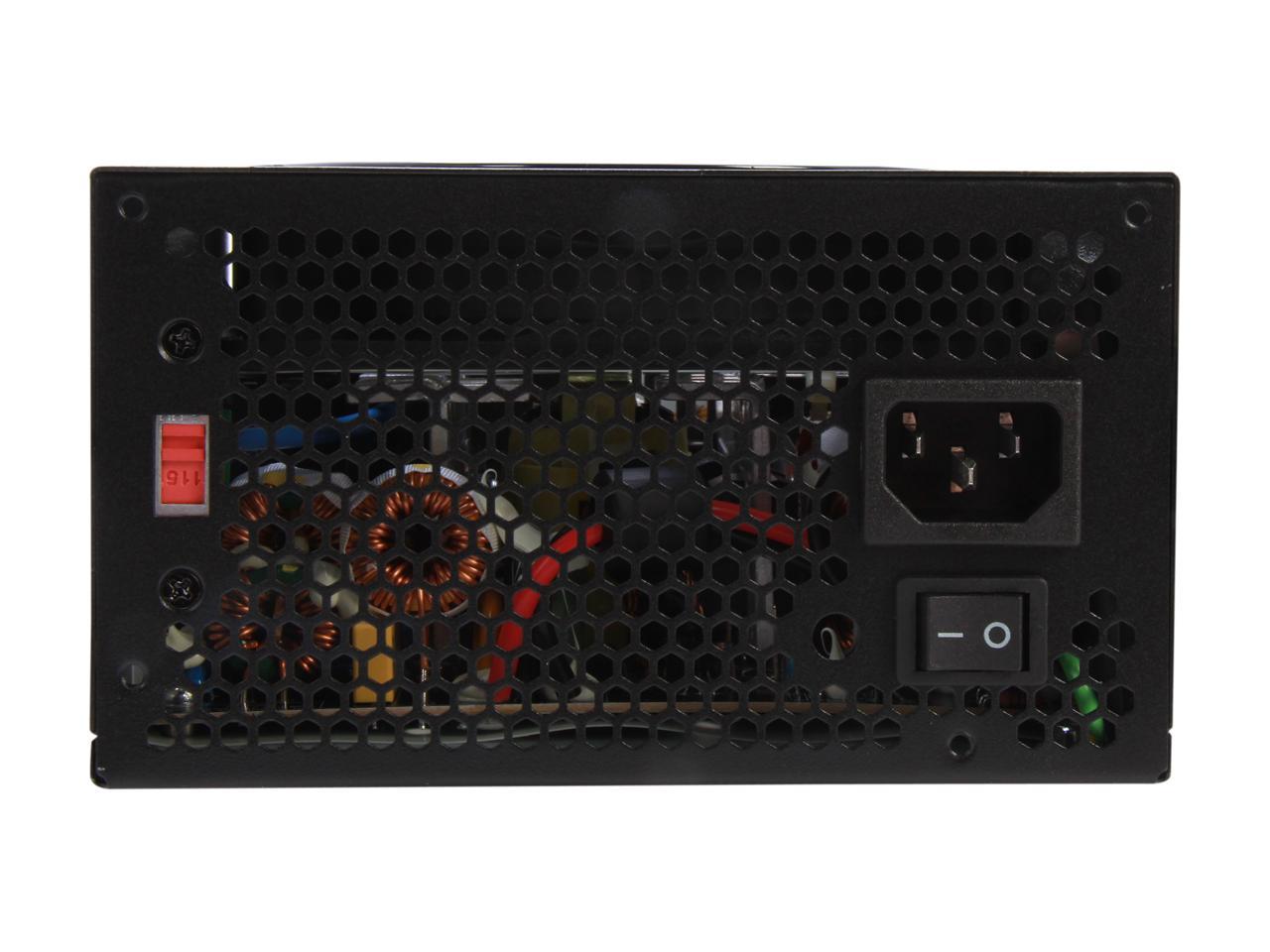 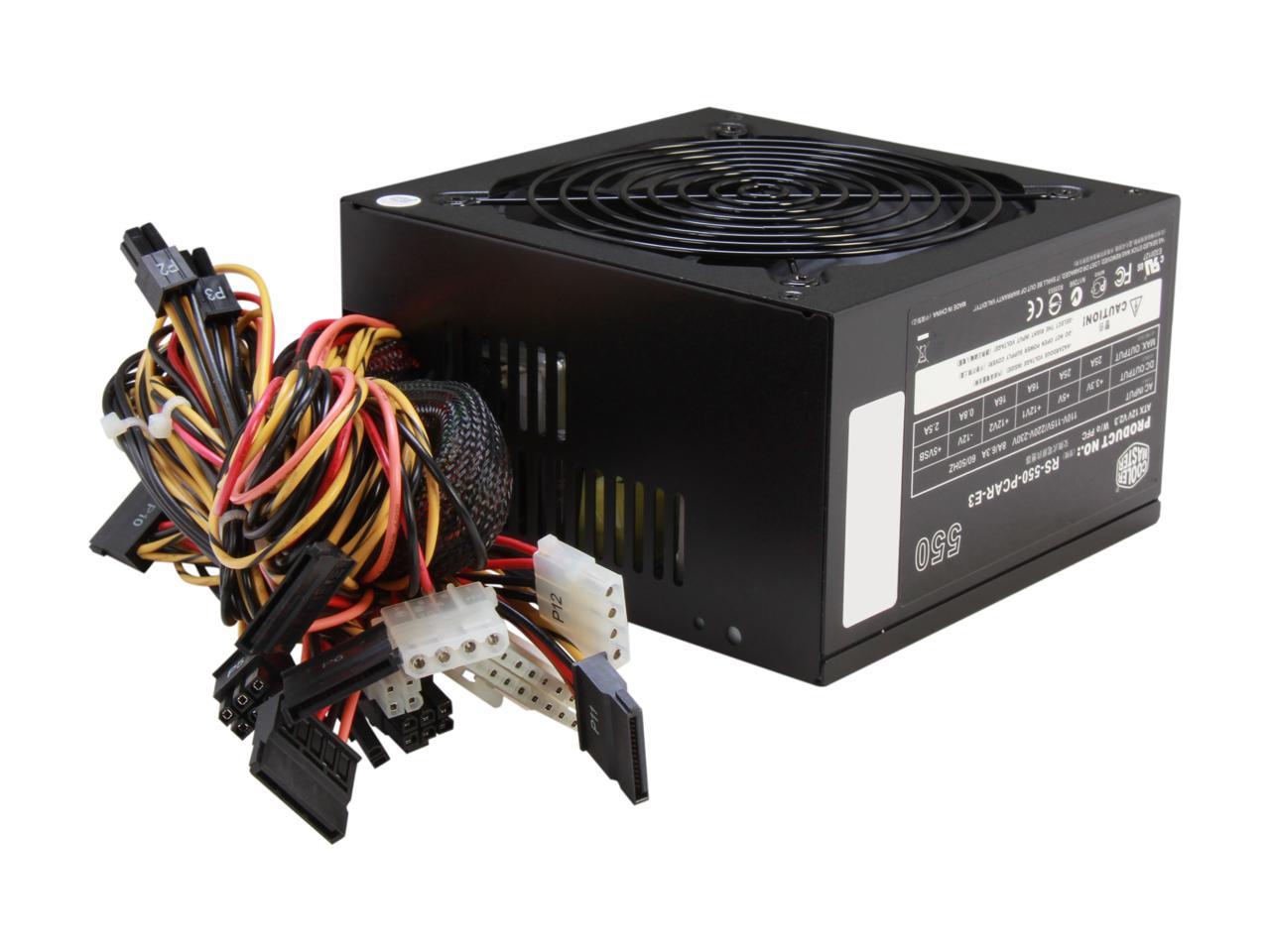 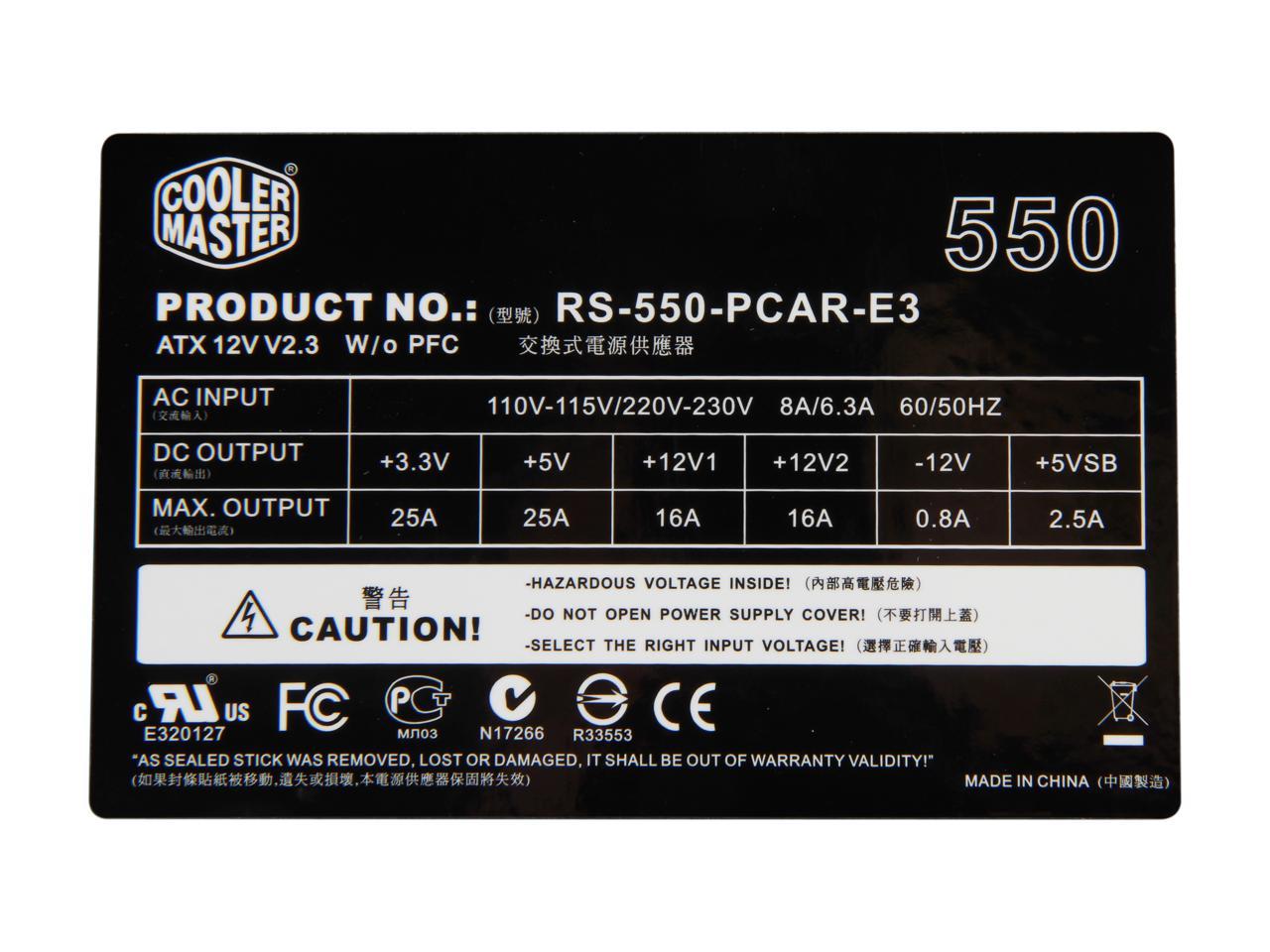 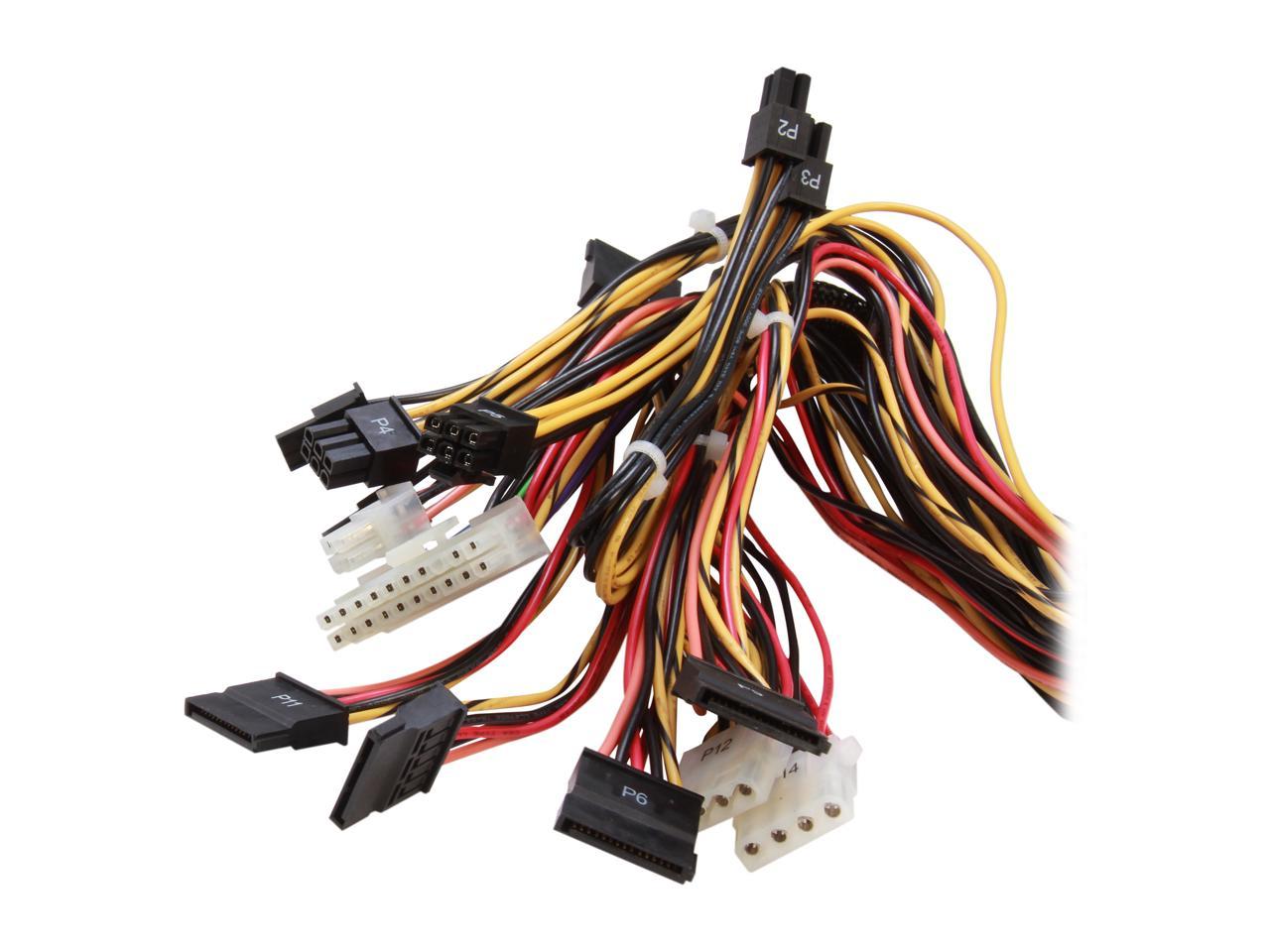 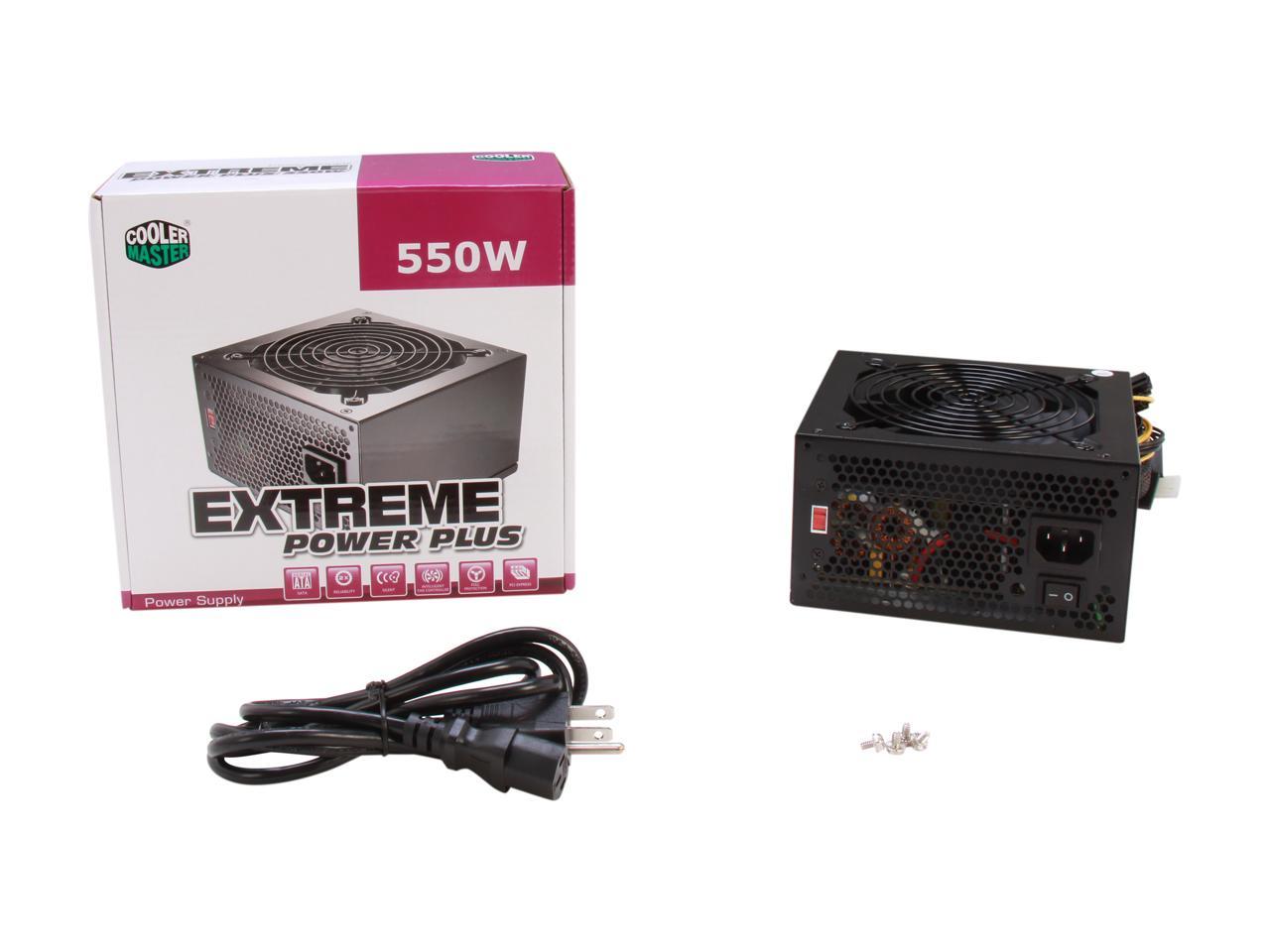 (634) Write a Review
OUT OF STOCK.
Overview
Specs
Reviews

The Extreme Power Plus RS-550-PCAR-E3 pushes out 550W of power to handle your system's thirst for juice and supports dual +12V1 and +12V2 outputs for higher power usage. It provides over 70% efficiency at typical load operation. With a life-time of 100,000 hours and protections for OVP/UVP/OTP/OPP/SCP, this power unit is made to last.

Pros: There's something to be said about the build quality of Cooler Master power supplies. Fresh out of the box they look great, they have large fans and are relatively compact. Every single PSU from Cooler Master, including this PSU, has had stable 5v and 12v rails across a very long lifespan. I always find it dangerous to purchase Power Supplies from off-brand manufacturers so it's nice to see a 500w PSU from Cooler Master that's under $40.

Cons: It's unusual to see Cooler Master PSUs with short 24-pin and 8-pin CPU cables. roughly 90% of Cooler Master's case lineup have bottom mounted PSUs, and I had a lot of trouble getting these two cables to reach where I wanted to on an ATX motherboard when using a bottom mounted case. I was very lucky to have been using a very short, inexpensive graphics card because I could plug in the 24-Pin with less than 1/2 in. of slack. You should be fine on a Micro ATX motherboard, but for full ATX you should plan to use extension cables. I still don't understand why power supplies come with two SATA connectors and a Molex connector on the same run of cable. I would much rather see this PSU ship with SATA and 4-Pin Molex on separate runs of cable like the higher end modular PSUs. This PSU is also now the loudest device in my HTPC. The PSU fan tends to run at full speed all the time, which seems unusual, but it may be because PWM fans on PSUs aren't available at this price range.

Overall Review: I'd like to see more lower wattage PSUs ship with sleeving and modular cables, but for the cost I understand why they don't. I just like cleaner cabling in my cases. Just because I have a larger Cons section than Pro section doesn't mean this is a bad review, it's far from, I just had to explain my problems with this power supply. This is an absolutely fantastic power supply for the cost, and it's well worth the purchase. I had purchased this PSU to replace an older Antec Quattro that was making way too much noise in my HTPC case. This PSU is significantly quieter, even though it's the loudest thing in the case. With a few fixes to the cabling this would have been a 5-star review.

Cons: DOESNT COME WITH BLACK SCREWS. The power supply is black and therefore the screws should also be black. Not 80 Plus, but then again it's not that expensive

Carlos A.
Ownership: 1 month to 1 year

Pros: It's Cooler Master so you know your getting quality. Its very quiet and has enough power to light up an AMD X4 and a GTX 550ti without a hiccup. For $39.99 after mail I could not find a better deal.

Overall Review: Its not flashy, there are no LED's but it gets the job done and in the end that's exactly what I was shopping for.

Pros: I picked up one of these to replace a dead PSU in an older mid-range build used buy a family member (see specs in "Other thoughts"). I have used other Cooler Master PSU's in other builds and I have yet to have one fail, they are all still going strong. This PSU may not be 80Plus certified, but for low to mid-range single GPU builds it should have no problems delivering the power needed to run the system. Cable length is fine for most all ATX mid-tower cases, though it may be a concern for some larger ATX full tower bottom mount cases, especially for clean cable routing behind the motherboard tray.

Cons: Not 80Plus certified, however for the price and the target consumer, this is not really a con. Something to keep in mind if building a mid to high range gaming machine with higher end hardware that may require a guaranteed power delivery efficiency to maintain a long term stable system. Cooler Master makes other PSU's to fit such higher end needs.

Overall Review: AMD Phenom II X2 550 Dual Core Biostar T-Series AM3 Motherboard 8GB DDR3 A-Data 1600 HIS Radeon HD 4870 Turbo For most modern single GPU builds requiring a single or dual 6-pin connection, running a dual or moderate quad core, this PSU should be just fine. It may have the connections to handle dual 8-pin on a single card or single on two cards, but this is not the level of PSU you would be looking at for a high-end power hungry modern gaming GPU, or a multi-GPU setup. In the other budget oriented builds I have used these, or similar, CM PSU's in, I have not had any problems. Running anything from Phenom II dual to quad core, a few Core i3 builds, and an A8 Richland dual core. Pretty much nothing over 100W TDP on APU's, or 85W TDP on CPU's, and you should be fine for the long term.

Pros: nice inexpensive p.s. for a build that contains onboard or low power pci-e graphics.

Pros: I got this for a budget build for a friend and it at a price range willing to accept and it also had a MIR to boot. plenty of connections for the budget build. Seems well constructed as most of cooler master products are.

Cons: none that I know of yet time will tell of course but I have always been happy with cooler master products never a bad item from them

Pros: After using these cheap power supplies to save some money on builds for work. The pro is it's cheap, and about 50% of them have worked decently.

Cons: The downside is checking them with a psu tester they often come up quite short of what power output they claim to put out, and the voltages tend to be off. By a very obvious amount. (the worse in the last two cases of this product I've had, missing about .5 on the 12 volt rail)

Overall Review: Don't go cheap on power supplies, isn't worth it. Find a more reliable product such as a thermaltyke psu, anyone could outperform this more than likely.

Manufacturer Response:
Hi DJ, we are sorry to hear you are having trouble with our power supply. Power supplies from all manufacturers will vary based on the specification from Intel. I have attached the ranges Intel has designated for the ATX 2.3 standard that power supplies follow for you reference. Normal operation of the 12V rail is 11.4 to 12.6 (according to the standard). If you have any questions in regards to Intel's standard, please contact Intel. If you have any questions regarding our specific power supply, you can contact us via the Live Chat link below. Respectfully - CMUSA Customer Support.

Cons: Price went down 5 bucks a couple of days after purchase ( I hate when that happens!) The only other small gripe i have is that 12v is reading at 11.85v. However, this could be a problem with my mobo sensor and I haven't tested the voltage manually. At any rate, my computer is running very well, even through my constant gaming.

Overall Review: I bought this to replace an old Enermax drive I'd stubbornly stuck with through years of upgrades; it finally crapped out so I went looking for a cheap replacement. So far it works exactly as I hoped it would: is quiet, stable and doesn't shut down during heavy gaming. My system: AMD 4200 X2 overclocked to 2.75 ghz 7200 RPM Seagate Sata HD Floppy Drive 4GB PC3200 Ram Radeon 3870 OC'd to 840mhz clock and 1225 mhz Mem 3 120mm Case fans