Sold by: Newegg
Shipped by Newegg
Newegg’s gift-wrap service is the ideal solution for making your gift special! Select your item as a gift, then add your message. Your gift will also be discreet with no prices being included on the packing slip.
Price Alert
Add To Wish ListFound on 17 wish lists
Receive a $7 mail-in rebate check from Cooler master! Offer expires on 5/12/21. Limit 3 per household Print Rebate Form 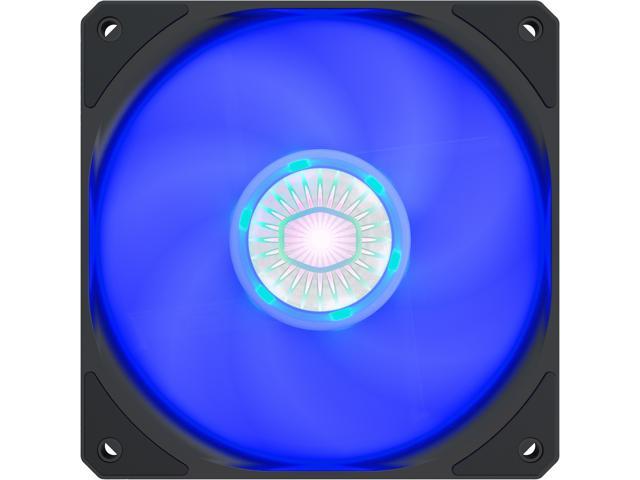 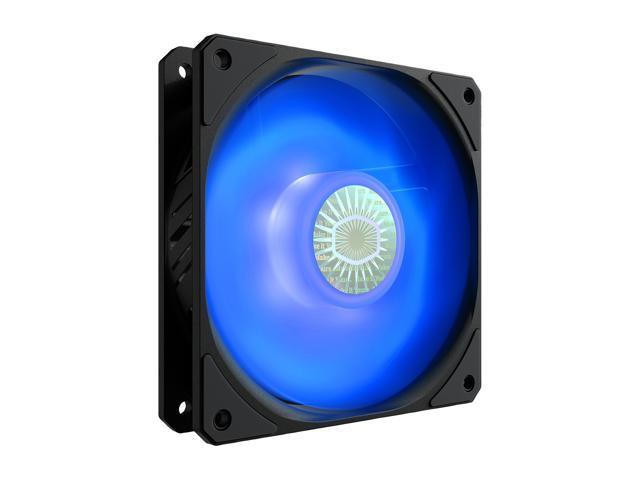 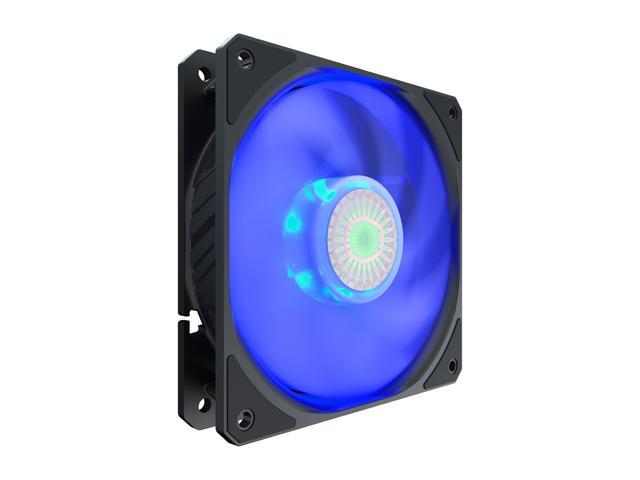 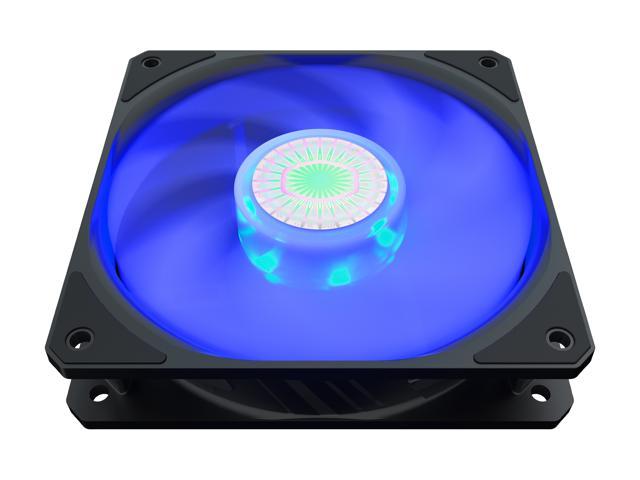 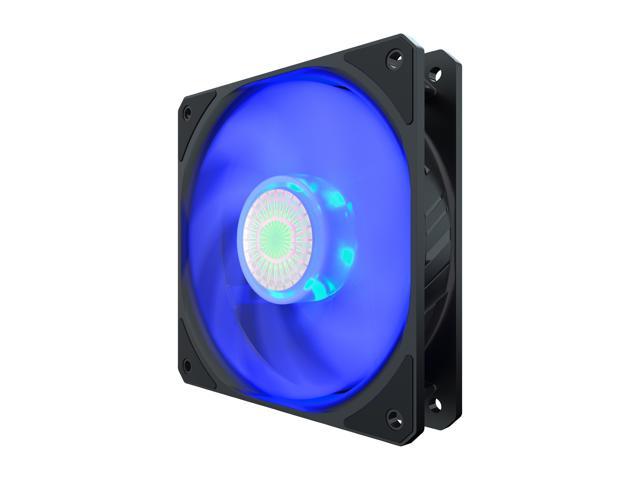 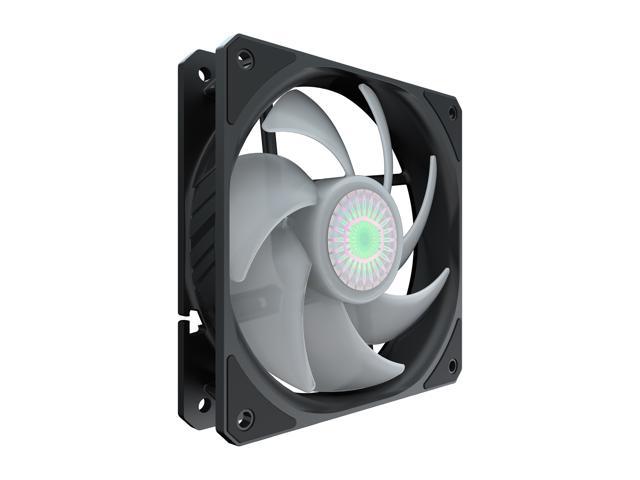 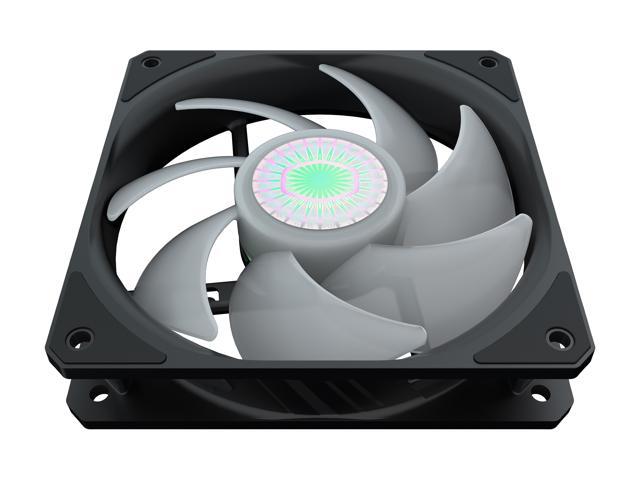 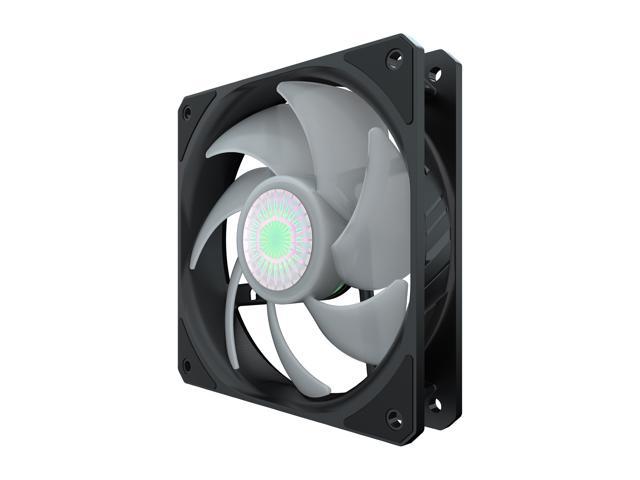 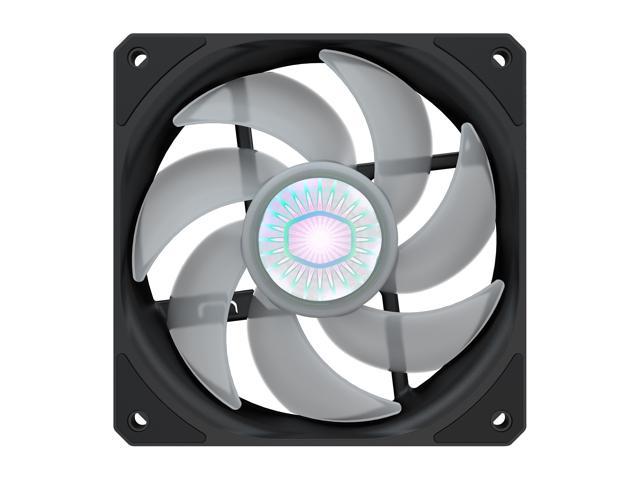 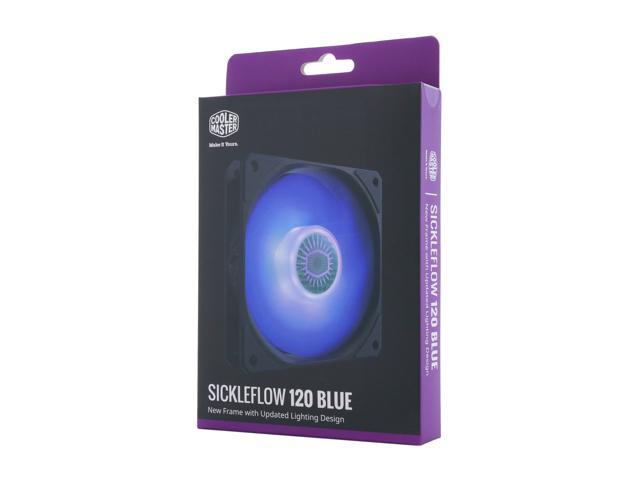 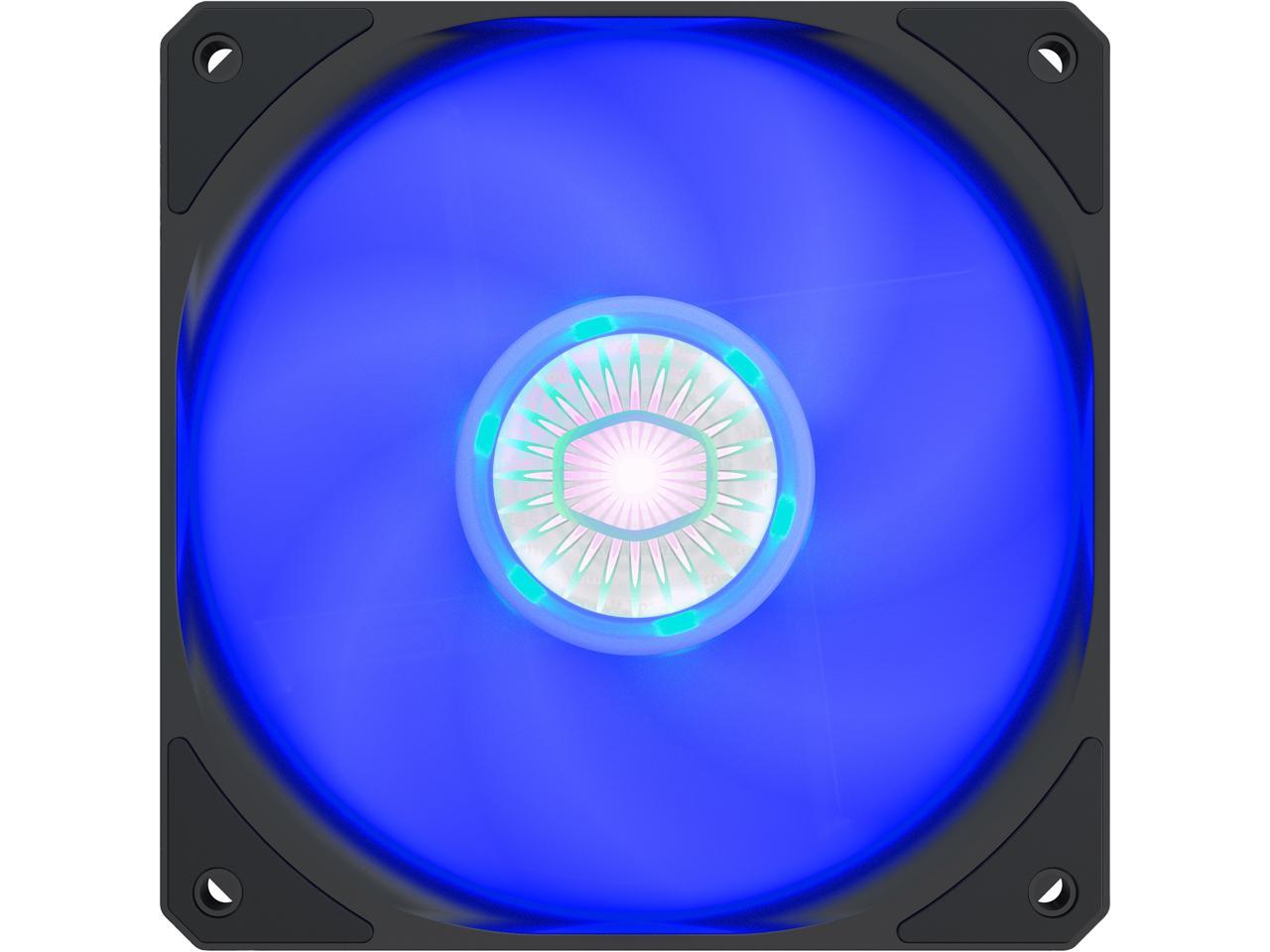 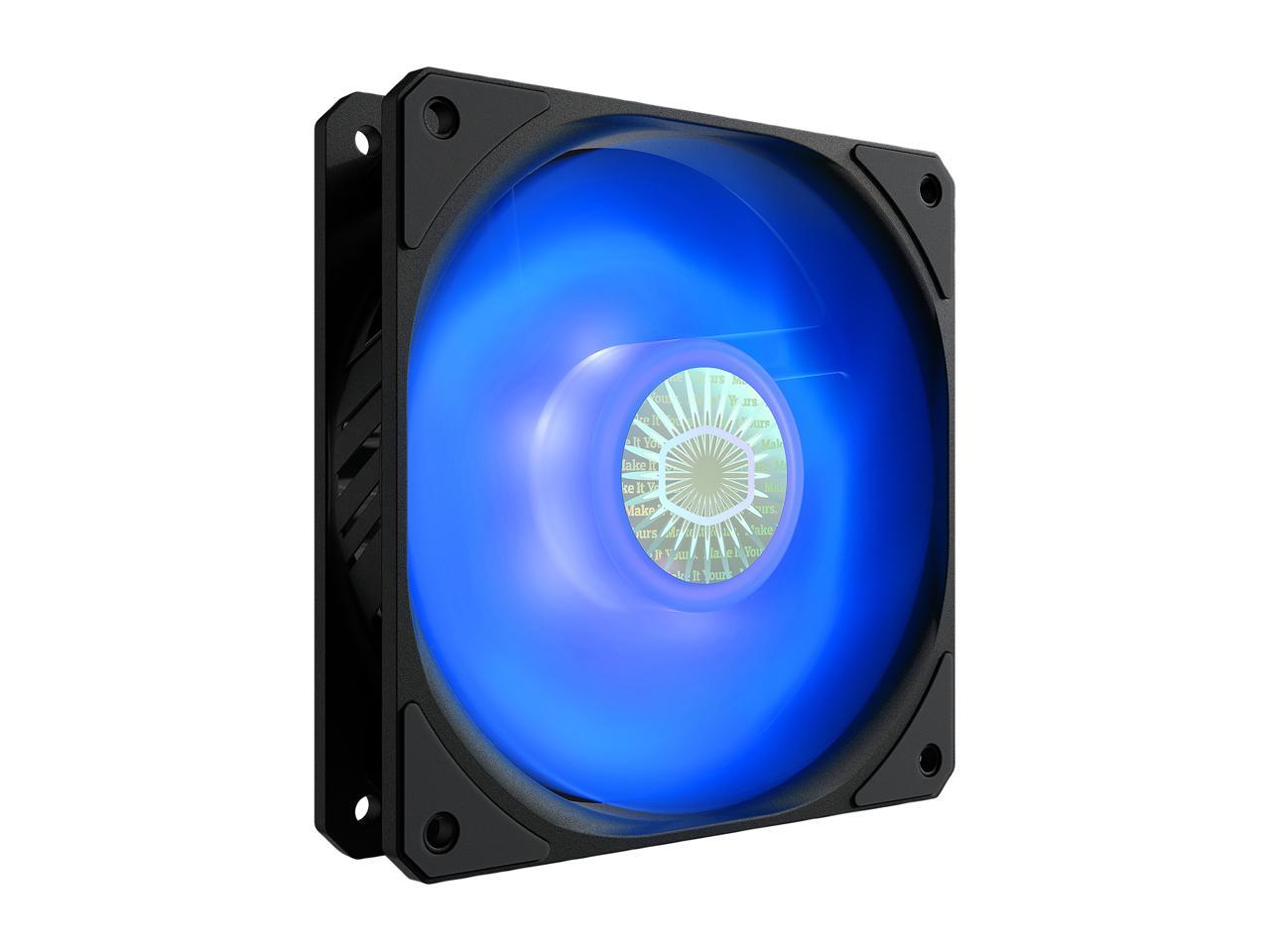 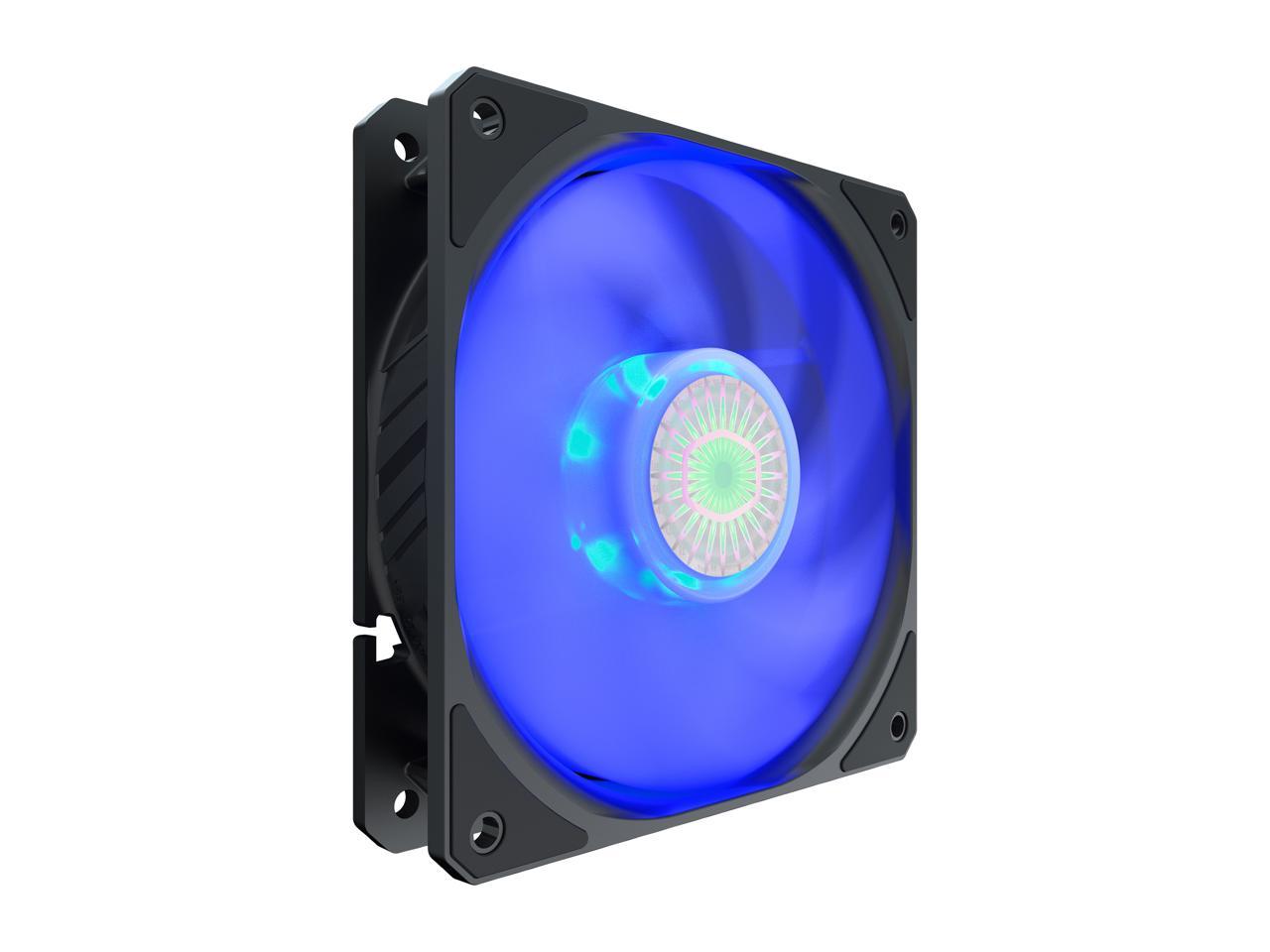 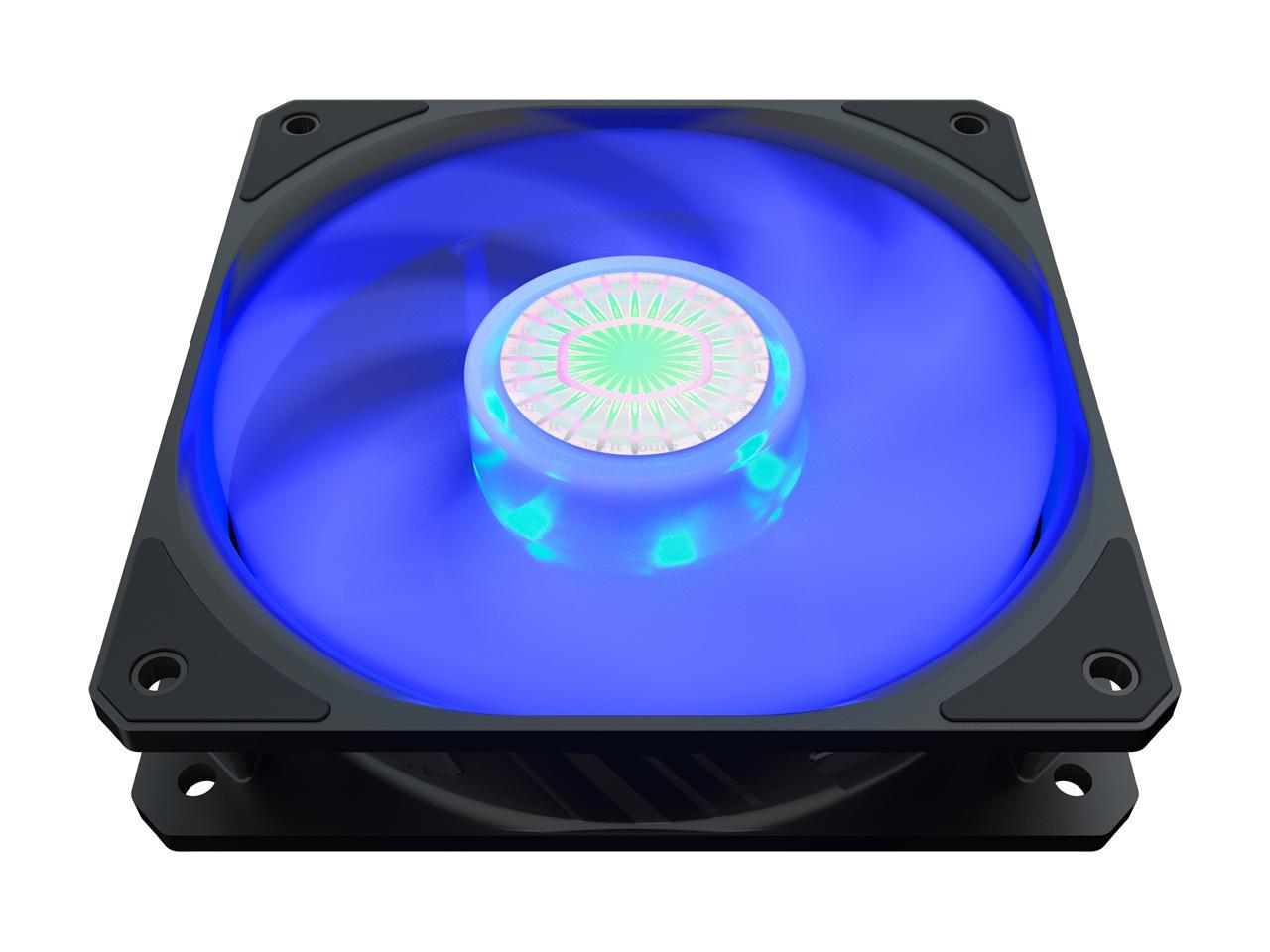 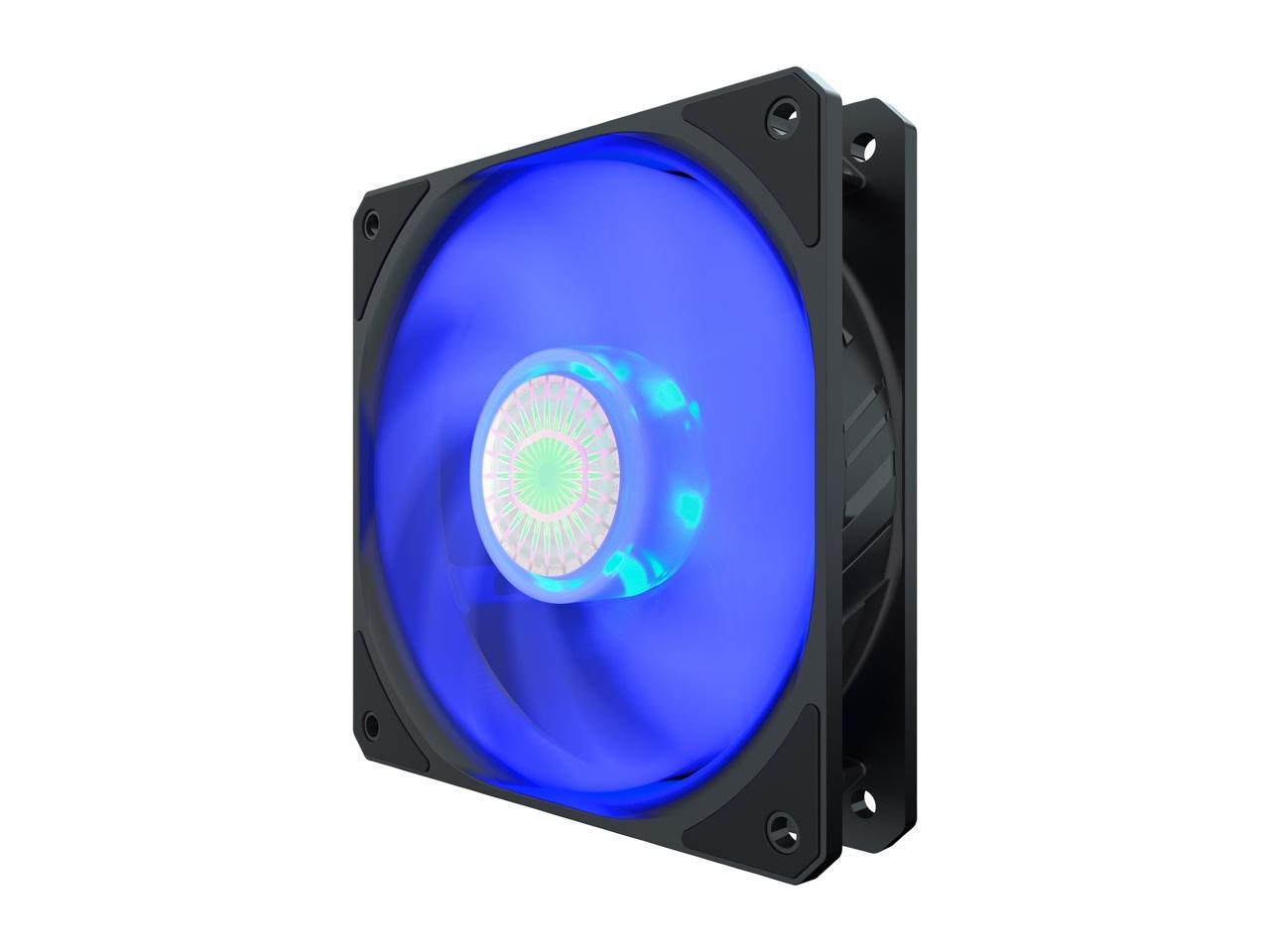 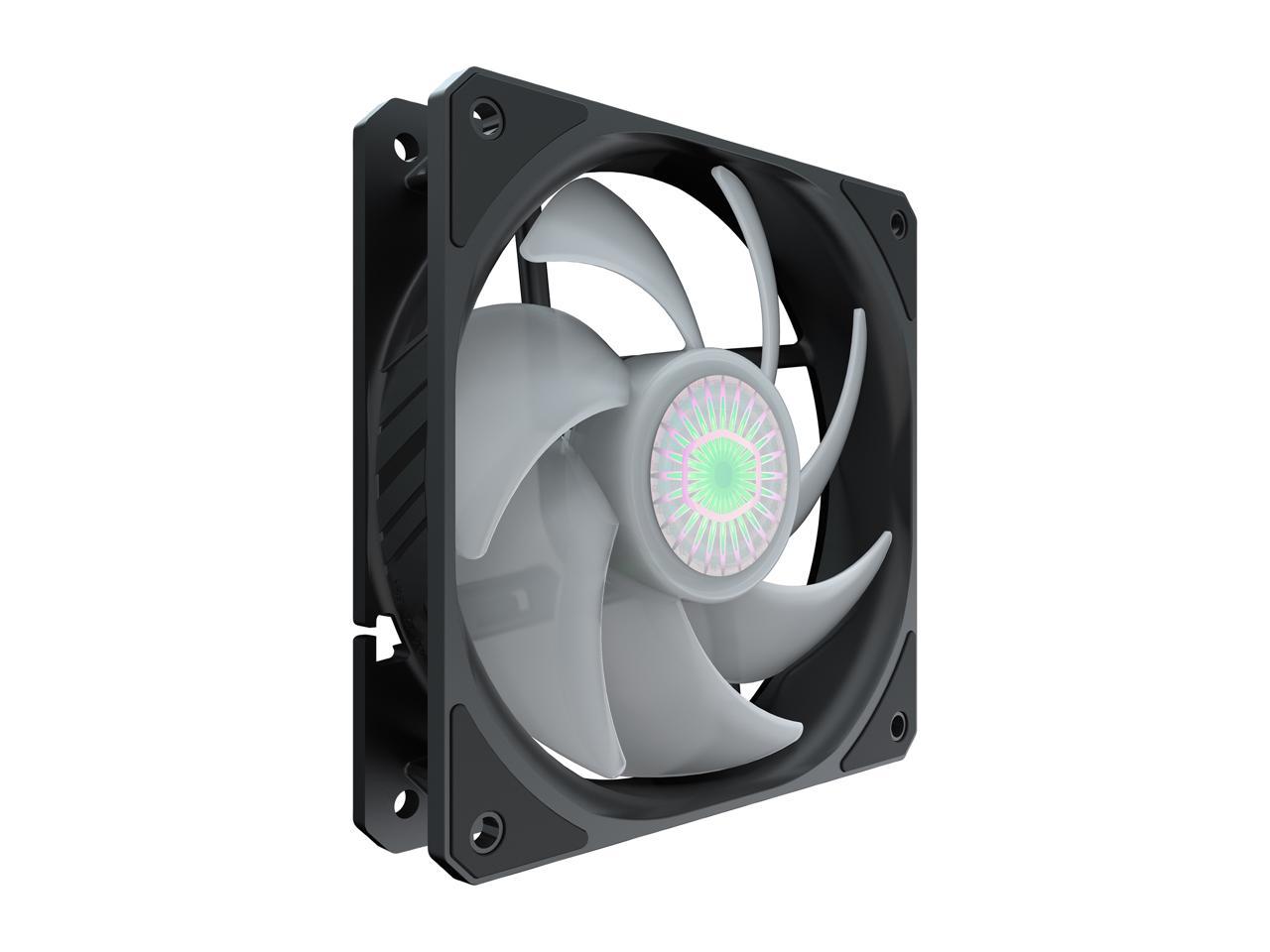 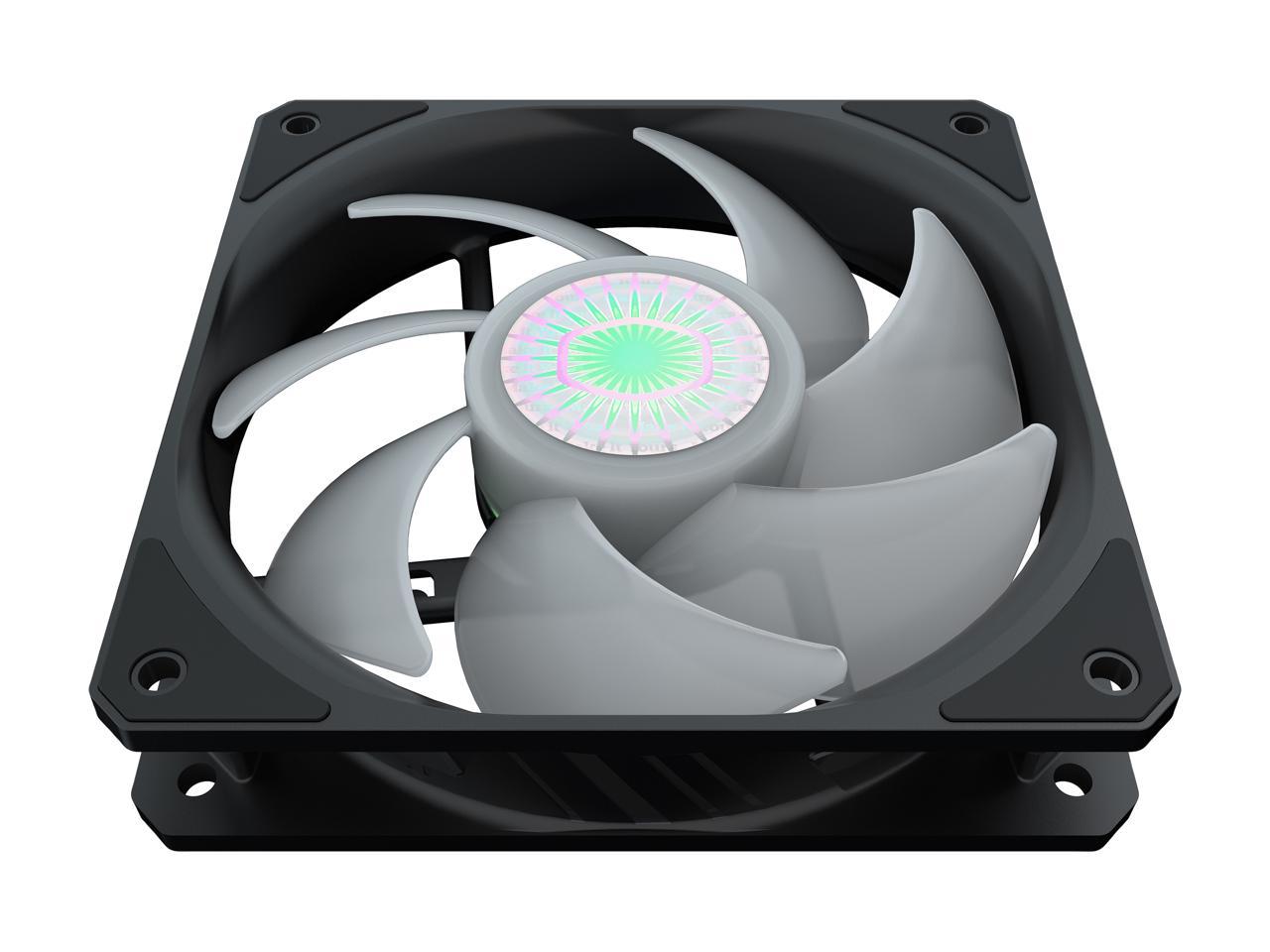 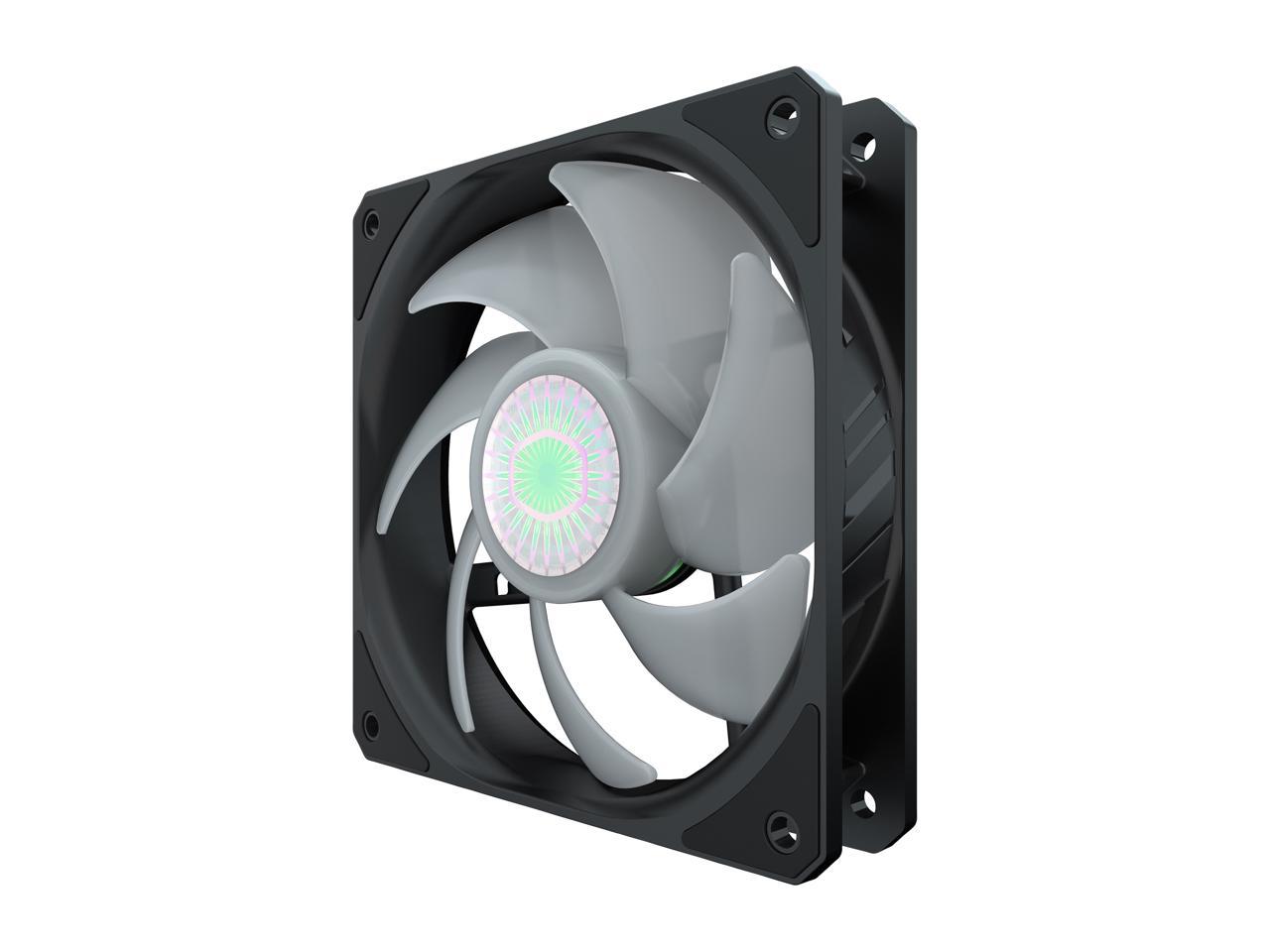 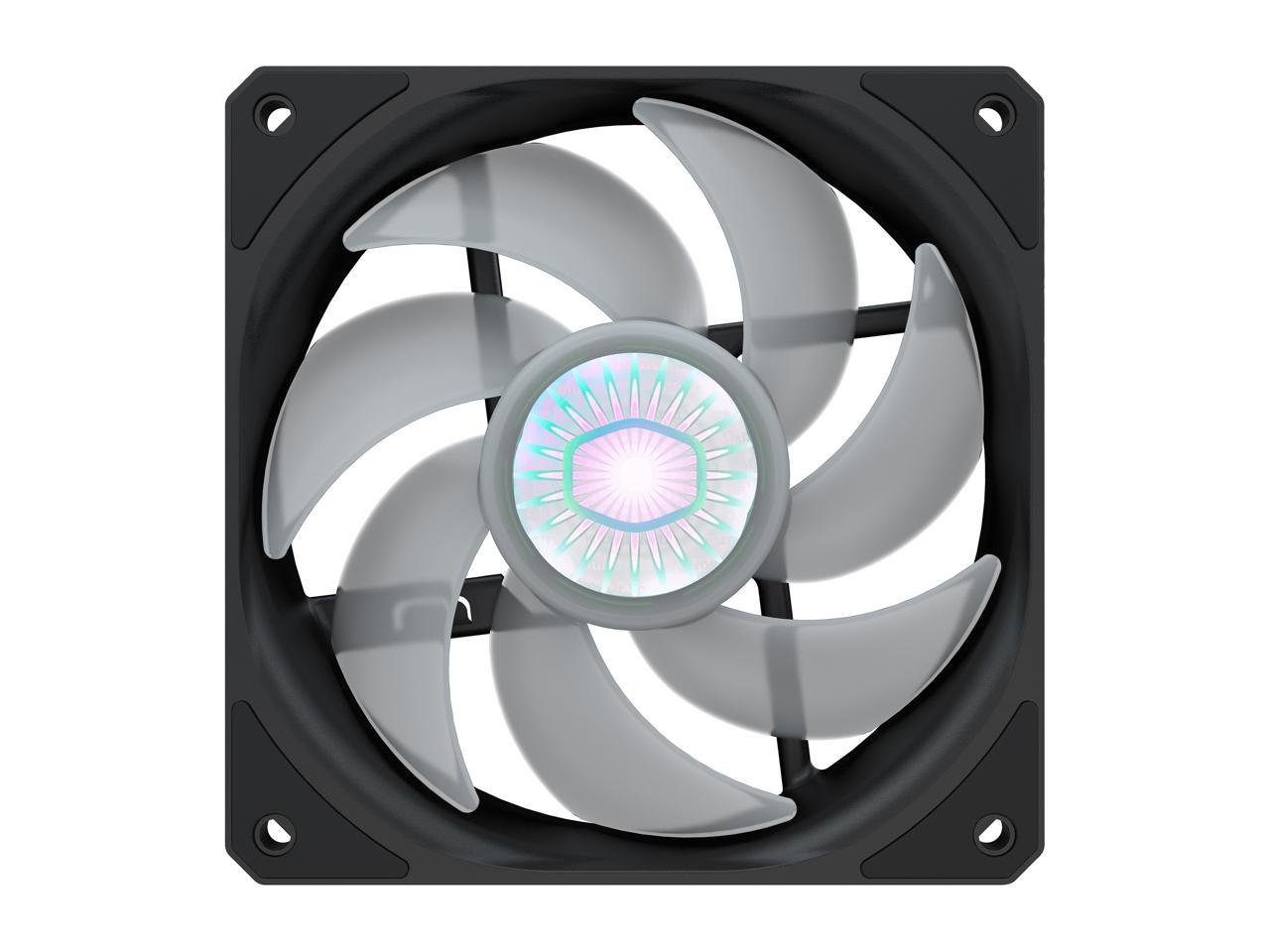 Pros: I have 3 of these fans running in my system and replaced both the stock Thermaltake fans as well as used this one on the CPU. This particular one is about 2.5 years old and is still running strong and quiet. The LEDs still work just fine and it is easy to clean when that time comes. I just take it out and whip a damp cloth over the fins once a year. It does not collect much dusk on the fan fins.

Overall Review: These fans are quite, move a decent amount of air, and just work.

11 out of 12 people found this review helpful. Did you?
David K.
Ownership: more than 1 year

Pros: The fans are shiny and look quite nice. The holograhic sticker and curved blades make them stand out. They move a decent amount of air for how loud they are. I've had mine for several years and they work perfectly still. They're strong. I've accidentally poked stuff into the fans while they were spun up to full speed and it didnt even phase them at all. They come very well packaged and have a 3 pin fan to 4 pin molex power adapter included.

Cons: The cord could be a bit longer. Getting the fan screws into the back half was hard. I stripped one of them because i had to twist so hard. However, it was a screw from the previous fan. It may have been a bit worn. They went in fine from the front. I recommend pre threading the mounting holes before you try to mount it to your case.

Overall Review: These fans really are a good value, they work well, they last a long time, they're durable and they work well enough for my picky needs. I'm pretty picky when it comes to my case fans. I want airflow, but quietly. These fans deliver for a good price and have a power adapter included in case you may need it. If not, then you can use it on some other build.

9 out of 10 people found this review helpful. Did you?
Robert K.
Ownership: 1 week to 1 month

Pros: I bought this because my front case fan died the other day and needed to be replaced. The box includes the Fan, 4 screws and a small pamphlet. The fan has significantly more fins than your standard fan and flows a good bit of air. It includes a signal wire, so if you have an extra input on your motherboard, you can monitor speed. Cooler Master indicates that the fan runs at 2,000rpm, but my MSI Control Center App shows a rotational speed of 1,840rpm. My system temperature dropped by about 3 degrees after addition of this fan. Keep in mind that the old fan was on its way out so I can't attribute the temperature drop solely to the fan. The LEDs aren't as bright as some other fans, but they do shine through the front of the case.

Cons: My biggest complaint is that the fan wire isn't very long. Since I was using it as a front case fan and wanted the signal to my motherboard, I was about as far away as I could get. The wire was barely long enough for a direct shot, leaving no room for wire management. The other thing that bothered me was that I couldn't find a directional arrow on the side of the fan. Perhaps I looked right at it, but it wasn't obvious.

Overall Review: I picked this up for dirt cheap after the Mail in Rebate, so I'm not going to deduct any eggs for the above cons. I would buy it again and would recommend it to others.

4 out of 5 people found this review helpful. Did you?
James A.
Ownership: 1 month to 1 year

Pros: The LED's are not anywhere near blinding. They are a dim red and great for accenting any case. They move a good bit of air with less noise output than similar brands. Smoked color is also good looking.

Cons: Sheathing on the fan leads?

Overall Review: A definite buy, in my opinion. I have also purchased the blue fans of this type and had a "pleasant" and "still operating silently after 2 years" experience.

1 out of 2 people found this review helpful. Did you?
Andrew K.
Ownership: 1 month to 1 year

Pros: Fan is well made. Blades are not at all flimsy. Cowling is stiff. Wires are as good as any I've ever seen on a 120mm fan. Comes with the 3pin to male/female molex adapter. Believe it or not, I've ordered fans in the past that don't. Works perfectly with my NZXT fan controller. I'm always biased towards this point because cooling noise doesn't bother me, but these fans run very quiet, even at full speed. Definitely better than the fans they replaced. The old fans were Cooler Master fans out of a Cooler Master case which my controller reported to run at 1200RPM. My controller reports these running up to 2000RPM. Even at 800RPM these fans move enough air to keep my tower frosty. It typically runs about 15 degrees above ambient temperature even when gaming.

Cons: LEDs are pretty weak to be honest. I wouldn't have knocked an egg off if it weren't for the fact I ordered LED fans to bathe the inside of my case in a red glow. A minor con, but silver screws? Really? Would it have broken the bank to toss in black screws to compliment the black fan cowling and Cooler Master's almost entirely black line of cases?

Overall Review: I bought enough of these to totally revamp the cooling in my case, so whatever I've said up to this point has applied to the seven fans I ordered.

2 out of 5 people found this review helpful. Did you?
Scott S.
Ownership: more than 1 year

0 out of 2 people found this review helpful. Did you?
Dominic J.
Ownership: 1 week to 1 month

0 out of 2 people found this review helpful. Did you?
Chessie T.
Ownership: less than 1 day

Pros: Cheap, no problems with installation hardware. All LEDs look the same color. Quiet, I have this hooked up to my motherboard and any speed up to ~65% is quiet to me. Even at 100% most of the sound I hear is air turbulence and not the fan itself. Looks great and feels very sturdy. Nice long wire for the plug. Moves plenty of air even with a fan filter.

Overall Review: The sticker on the front really stands out against an all black case and the wire would look a lot better sleeved. Not enough to take an egg off for.