Sold by: Newegg
Shipped by Newegg
Newegg’s gift-wrap service is the ideal solution for making your gift special! Select your item as a gift, then add your message. Your gift will also be discreet with no prices being included on the packing slip.
Price Alert
Add To Wish ListFound on 1 wish list 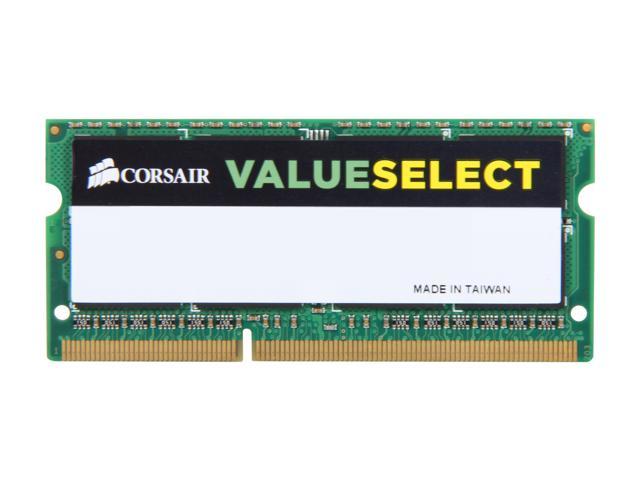 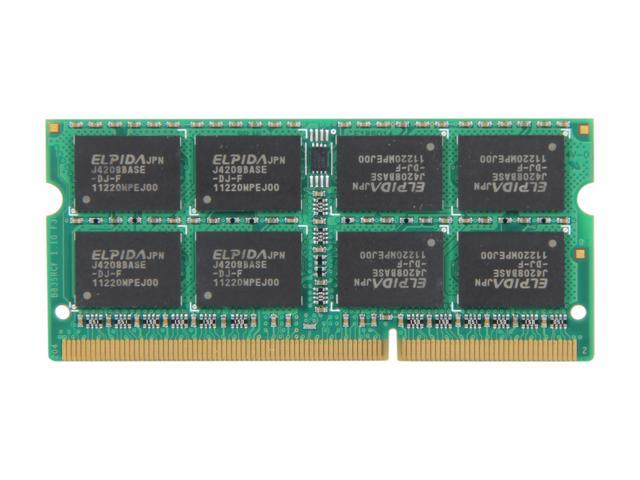 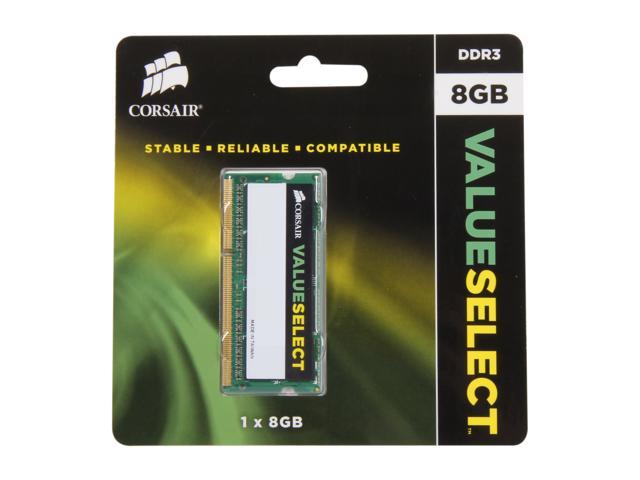 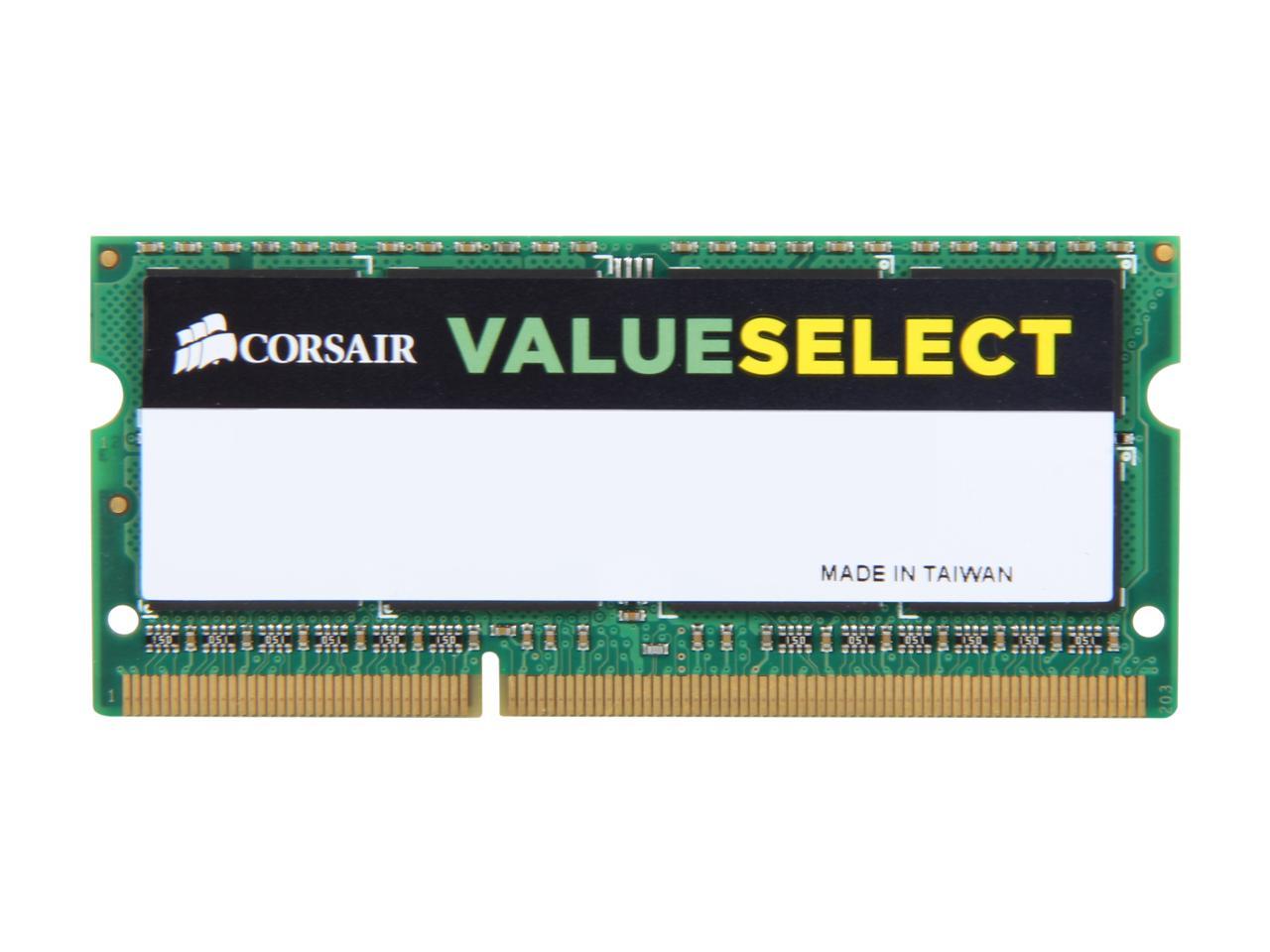 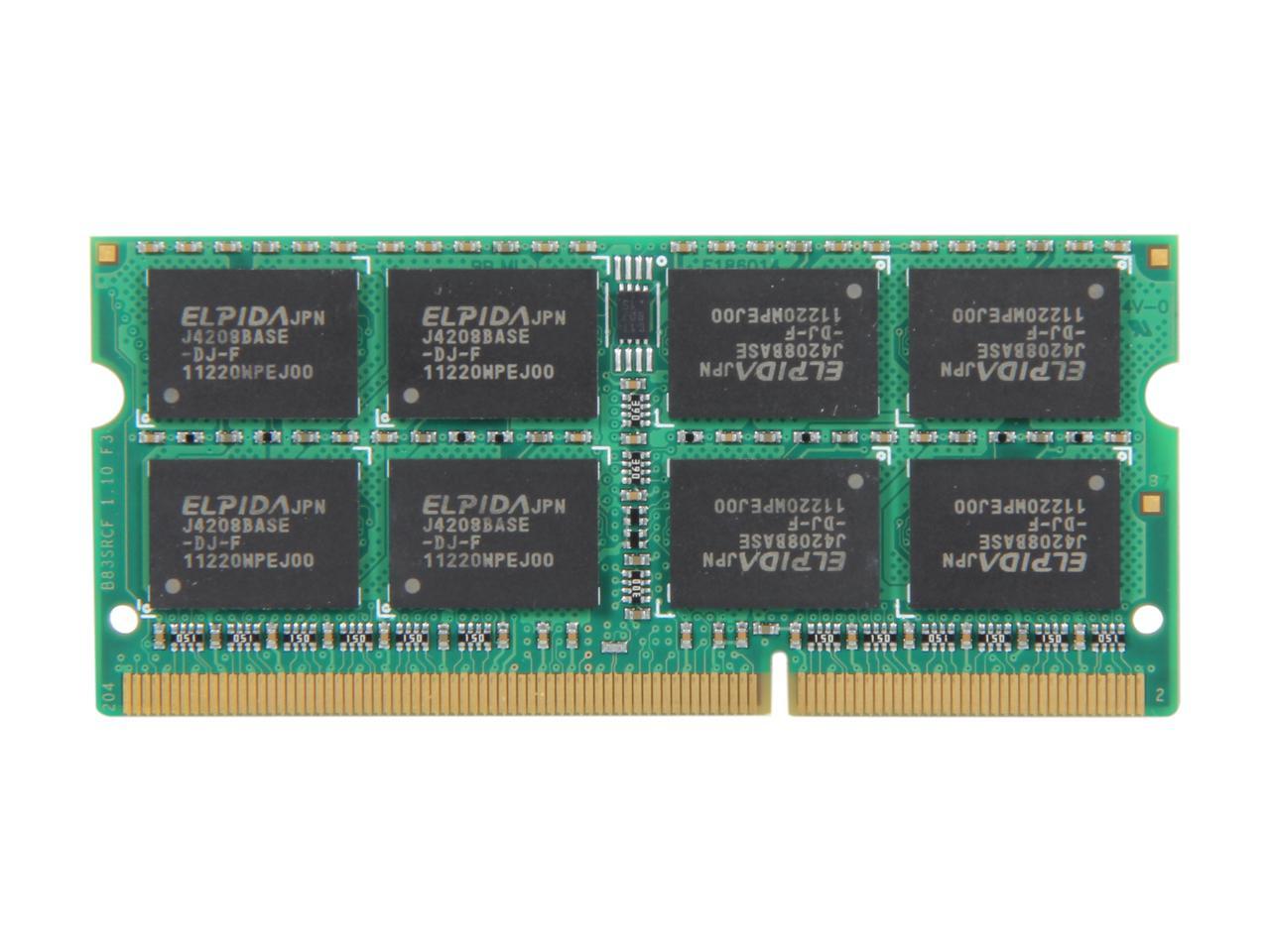 Are you looking for high-performance, reliable memory for your mobile workhorse? Look no further than the CORSAIR ValueSelect DDR3 laptop memory which delivers world famous Corsair performance, reliability and compatibility.

The memory module is engineered to work on all dual channel Intel and AMD SODIMM platforms. It operates at optimum frequency and provides fast speed and low latency to address your daily needs in work and entertainment. High-quality construction provides great reliability and stability you can count on.

Learn more about the Corsair CMSO8GX3M1A1333C9

Pros: We switched to these modules after having issues with some of our Foxconn nT-A3800. These were recommended by Foxconn and we have had no issues with them.

Overall Review: I have this chip matched with another Corsair 4GB and it is incredibly fast in the New Quad i7 Mini. Easy Install and with the great deal here on newegg, you can get look around and get 12GB for under $150, or 16GB for $250. I put the other $100 toward the Sandisk 120GB SSD which I got for $140 at A**zon. I have been running dual monitors, one a 27", using 3 major photo processing softwares simultaneously, and have Google Chrome open. So far, very Stable and makes the Quad i7 get up and RUN. Great Ram if it's compatible with your System/Hardware. For those who don't know the Quad i7 Mac Mini recognizes and uses up to 16GB RAM, not just the 8GB that Apple advertises. OWC tested this first and thankfully, it's true. If RAM keeps going down in Price I'll upgrade soon. I couldn't find the single channel 8GB anywhere else for this price. GOOD JOB, NEWEGG

Pros: Working great in my 2011 15" MacBook Pro (6750m). Installed and booted with zero issues. Ran a MemTest on each before inserting, then off I went. Loaded the RAM with anything I could (virtual machines, programs, etc.) and it's flawless. Running at 1333 speed as it should.

Pros: I own a Sony Vaio z series, a max out iMac 27" and a 15" MBP. I'm all about gadgets and having the "BEST". I upgraded my vaio and iMac with Crucial ddr3 memory and was very happy. I just bought my Macbook Pro about 3 weeks ago and upgraded it with Corsair memory because it was over 30% less expensive then the same Crucial. I had immediate buyers remorse because I felt like I sold out to my frivolous values. I can't be happy with this memory. The laptop is running lightning quick, install was easy and the MBP recognized the memory instantly. If you're like me don't be afraid but this memory. You won't be disappointed. I guess you don't always get what you pay for. BTW, the newegg shipping was super quick.

Cons: None. Couldn't be happier.

Pros: I've got 16GB of RAM in my Dell Latitude E6410 laptop! Running Linux natively, and boot into Win7 via VirtualBox. Virtualization is the reason I want so much RAM. I'm an Oracle Database Admin, and this way, I can run a multi-node cluster on my laptop!

Cons: None, really! Who's going to complain about more RAM??

Overall Review: If you're running the E6410, like I am, you'll want to upgrade to the latest BIOS, 'A10', (or later) before installing the new RAM. Before the BIOS upgrade, Linux was fine, ran stable, saw all 16GB of RAM, but Windows 7 would shutdown the laptop during boot. (This would happen even when booting Win7 in VirtualBox!) After the BIOS upgrade, things seem to be very stable with both Linux (Ubuntu 11.10), and Windows 7.

Pros: Awesome memory. Dropped two of them in to my Late 2011 Mac Mini, and except for once, haven't though about them since. Runs Parallels, MS Office, anything I throw at it. Thought I had a bad stick, but, after investigation, it was Intego Virus Barrier. Viruses would almost be better.

Pros: Works great, received the advertised product. I immediately ran memtest86 with no errors and started up 3 virtual machines, which all ran error free.