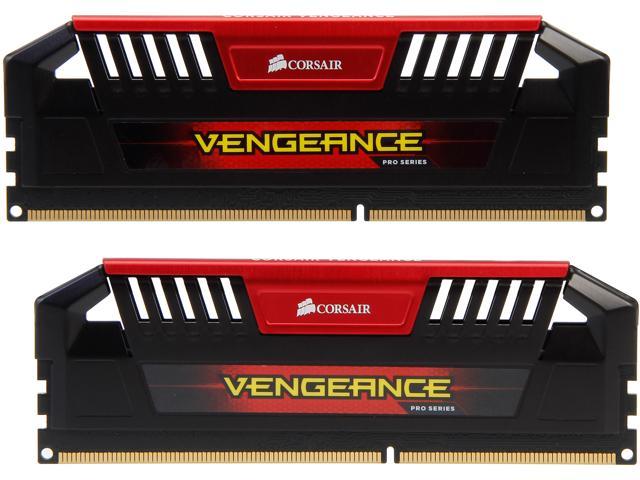 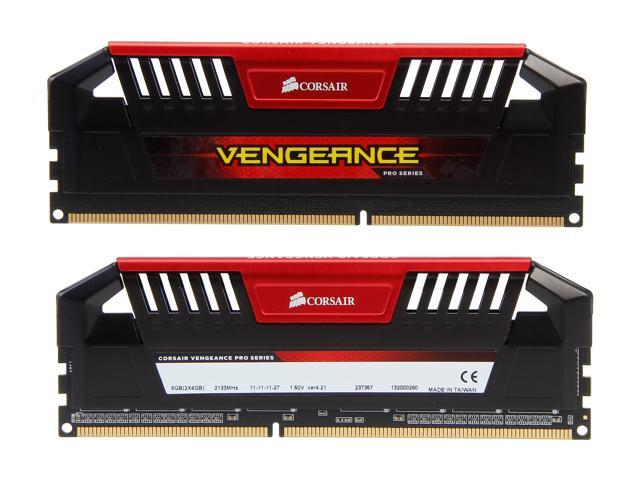 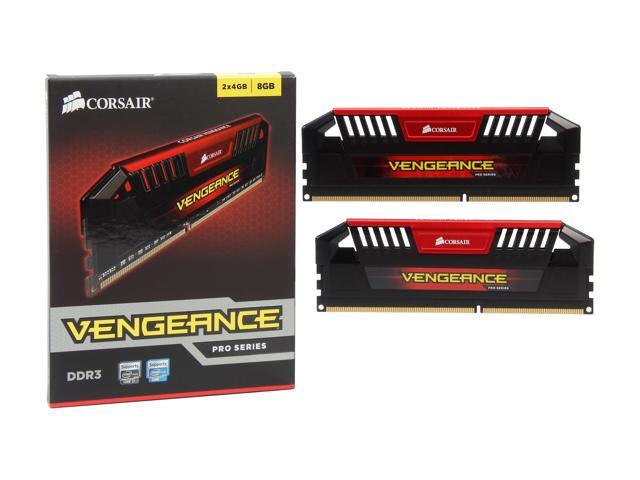 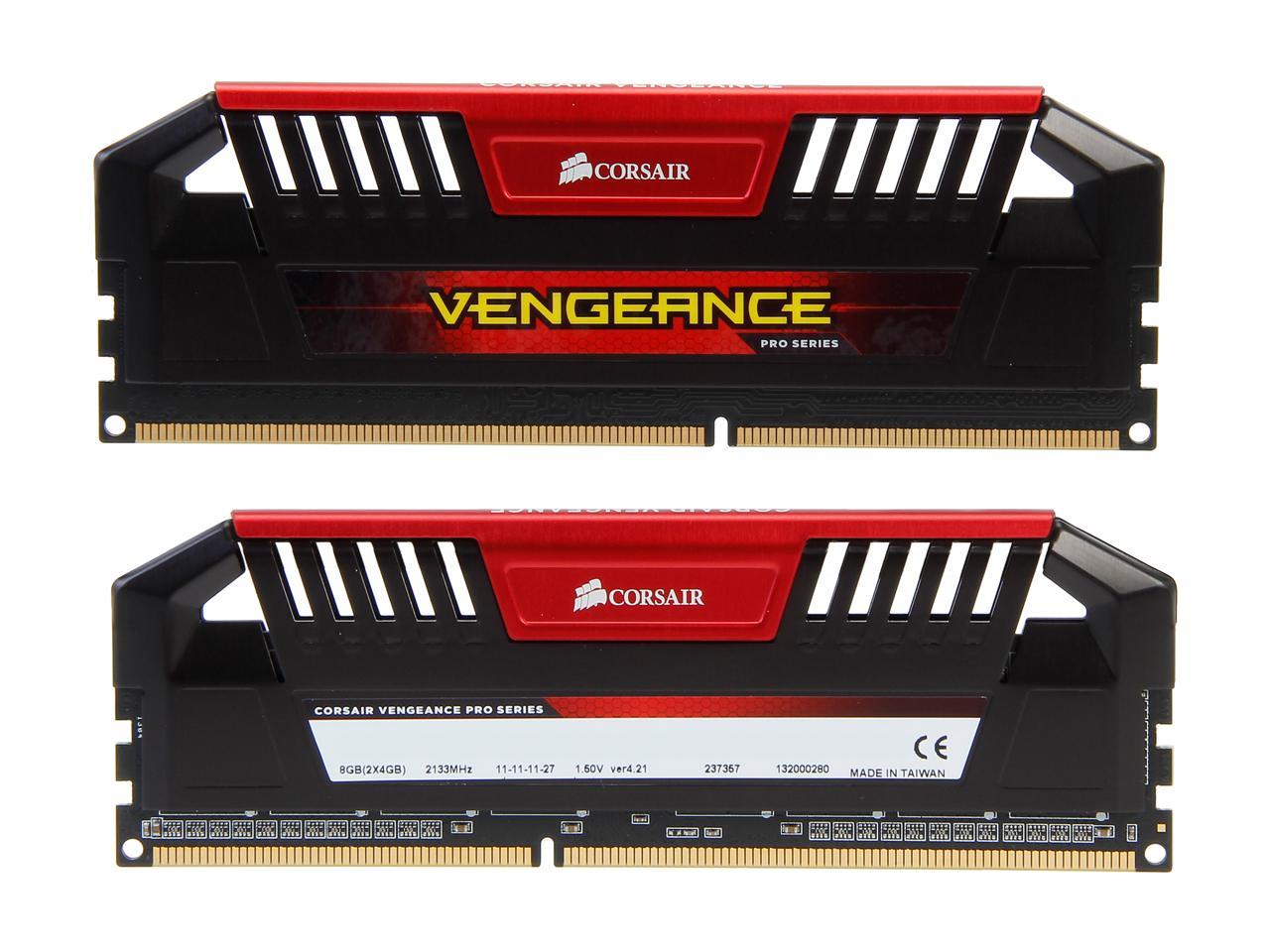 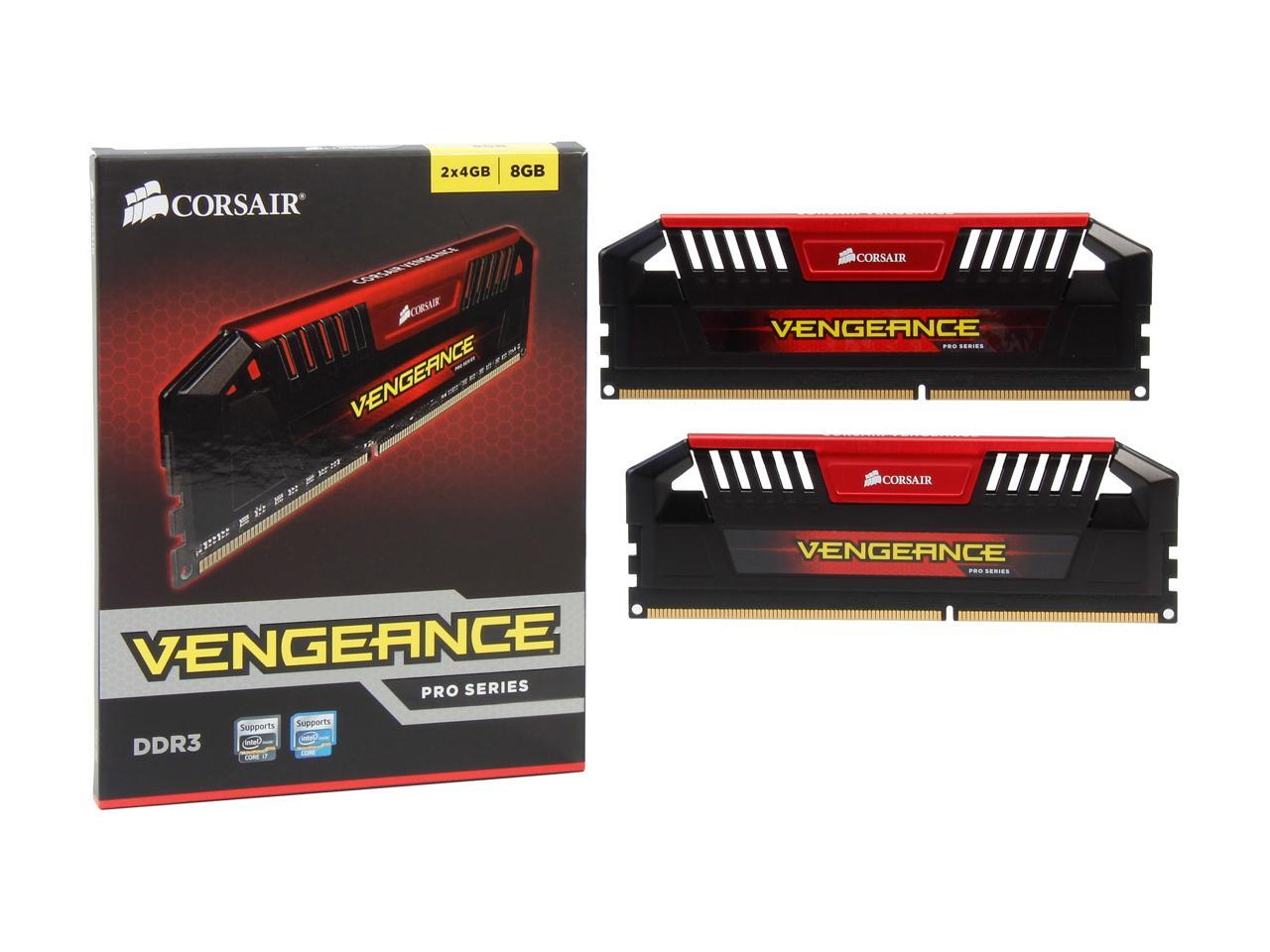 (36) Write a Review
OUT OF STOCK.
LOADING...
Overview
Specs
Reviews

Learn more about the Corsair CMY8GX3M2A2133C11R

Cons: Has a bad cell causing my pc to crash/freeze randomly. i have 2 corsair products in my pc (powersupply, and ram). the power supply has extreme coil whine, and the ram has bad cells. Thanks Corsair Gr8 Company.

Overall Review: Never buy a corsair product if your a serious pc enthusiast.

Pros: Great color that will fit with a very unique build. Corsair quality is unbeaten.

Cons: Literally can get a better deal on any other color. To build using the blue you are paying grossly more even on sale.

Cons: Sadly this memory does not seem to play nicely with the new ASUS Rampage IV Black Edition Motherboard. These Vengeance Pro's were completely unstable (at stock CPU speed and XMP values) Lowering the memory speed or increasing the voltage did not help. A set of 2400MHz Dominator Platinum's I have worked better - I could get these to run stable at least sometimes depending on BIOS configuration. But it's a set of 2133MHz (32GB) G-Skill Ripjaws (8x4GB) that seem to be running flawlessly with this motherboard! I

Overall Review: I like the look of the Vengeance Pro's and don't hold anything against them. I suspect my problems running them in the RIVBE is to do with the fact that board is new and has an immature BIOS. The RIVE had similar problems with Corsair memory back when it was new as well. I have ordered a 4x8GB (32GB) set of G-Skill Trident X to try out. I've heard good things about this memory, so we'll see...

Pros: look great in my system, does what its told

Overall Review: linus tech tips got me to buy these

Pros: great looking solid product have yet to test the memory will add more to this review from a performance / price standpoint

Cons: price , although u gotta pay If you want to play. Stickers we need stickers I wasn't too impressed with how new egg decided to package the memory. everything else usually comes in boxes. I understand it's about keeping delivery cost down but I would expect something like a thin memory component that isn't protected by the manufacturer packaging would be put in something more protective than just a bubble wrap envelope especially considering the cost of this is more.

Cons: As always, cost. Plus the fact that I'm already itching to pull the trigger on another set.

Overall Review: Was a little hesitate due to no reviews so I felt like I needed to chime in after having nothing but good things to say. Install went great. Had no issues. Just install, enable XMP and good to go. I recommend getting these before they go out of stock!

Overall Review: Bought these as replacement for a defective G.Skill Trident X 2400MHz 16GB kit. My new Corsair ram manually overclocked easily to 2400 with voltage at 1.65 and timings of 10-12-12-31. These were slightly more expensive, but worth it to have a stable system. Running with an 4770K on a sabertooth Z87 motherboard. Sorry Newegg, had to buy local while I wait for the kit I bought from you to be RMA'd.

Cons: Cas latency is a tad high which can have a negative but overall generally miniscule performance hit for rapid operations like games or OS commands, this performance hit is only 1 to 4% though and is generally unnoticeable by the average user.

Overall Review: I have been building a computer piece by piece for a while now and have always come back to Newegg for the best prices, I have purchased several corsair products and decided that I would stick with them as I had corsair dominator 1600s in my last build along with an H50 liquid CPU cooler. I decided to go for a higher frequency ram kit because I will be buying a relatively powerful processor to go with it and I may very shortly begin doing video editing with it, so I prefer a 2,000 Mhz plus ram frequency to make the job a little faster, therefore paying for itself over time and making the speed of the computer fast as well. System specs: Corsair Obsidian 750D Airflow, EVGA Supernova 1000 G2, MSI Z97-G45 Gaming, Corsair H105 Extreme, Samsung 850 Pro 512 SSD, WD Black 6 TB, MSI GTX 1080 Ti Gaming X Trio, Intel Core i7 4790K, Windows 10 PRO 64 bit, and 16 GB of Corsair Vengeance 2,133 Mhz RAM.