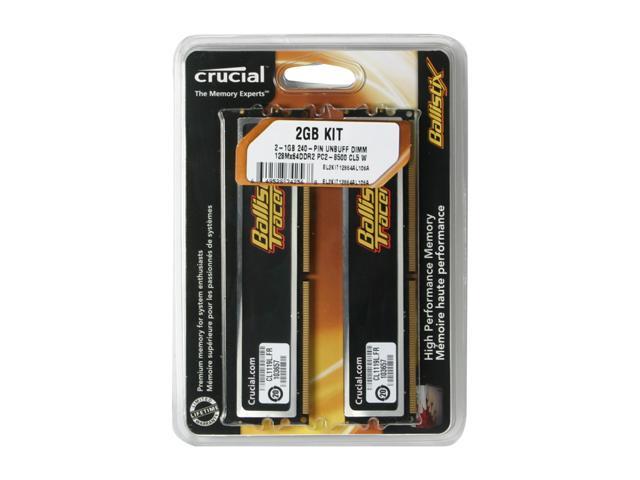 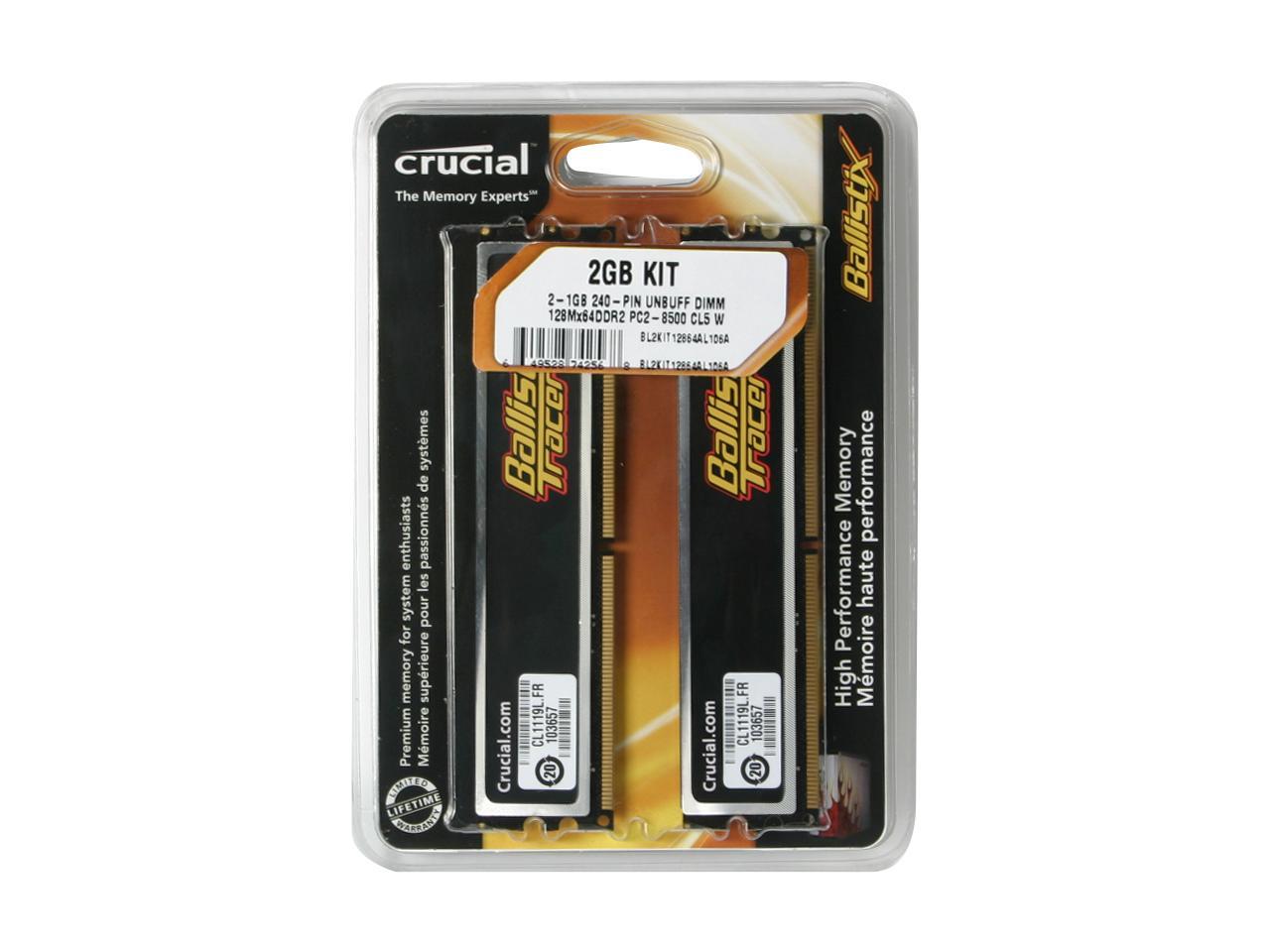 (46) Write a Review
OUT OF STOCK.
Overview
Specs
Reviews

Pros: Didn't know these had flashing lights on them. I picked them based on my search criteria, but it's a definite Pro. Lights add something like 500,000Jhz to your PC.

Overall Review: Need to have some Christmas Edition "Tracers" that also play various christmas songs when they light up.

Pros: Nice LED colors. Not only on the top of the sticks, but light also shines onto the motherboard. Two colors, in fact. Good price. Good product. Crucial/Micron stands behind their products.

Cons: At the manufacturer the heat spreader on one of the modules was applied to the memory crooked... it was so crooked that the module wouldn't snap into the motherboard... I did manage to move the spreader back to the proper location though, through means I won't describe here... Other than that the memory is now fine

Overall Review: If it wasn't for the heat spreader being applied to the memory crooked I would have gladly given 5 eggs.

Manufacturer Response:
Thank you for your feedback. We will provide this back to manufacturing and our QA department. Please call our support at 1-800-336-8896 if you need any additional assistance.
Kevin L.
Ownership: more than 1 year
Verified Owner
Ballistix gone Ballistic11/20/2010 12:06:39 PM

Pros: The memory does indeed looks great when gaming and doing heavy photo shop work with the lights flashing. This memory also runs well at the advertised speeds, just simply go into the bios and adjust the memory settings.

Cons: This is where it hurts for me to say this I have RMA'd this memory 3 times already and I need to do it again. This will be 4 times in 3 years. I do not overclock, I run at stock speeds and voltages, I have a clean power supply and a hi-end motherboard. I want out of this.

Overall Review: I want out of this. Crucial when you respond I want a hidher level tech and I want to switch ram, all my ram 4x1GB to anything equivalent or better. If not then this process will just keep continuing costing me time and you all money. GA-X38-DQ6 Q6600 GO 2X HIS HD3870 Ultra X4 750 80+

Pros: The ram is good looking in the case its really adds a nice touch to it. But a the same time i noticed the difference in speed once i had to manually change the memory speeds and voltage in the BIOS for my board.

Cons: only con that i could see was that my motherboard did not recognize the speed which the RAM is rated for but that's not Crucial's fault

Pros: Pretty lights tell you when it freezes.

Cons: It freezes. (Or reboots or corrupts files or just fails).

Overall Review: Bought the predecessor (1065 vs 106A version) in June of 2008. Those starting failing, and tech support says that the new version fixes that, so I RMA'd (6/15/09). Since I didn't want to be without, and I wanted more RAM anyhow, I ordered an additional pair of the new version (106A) on 6/10/09, just before RMA. Second RMA (on the new version) was 6/25/09. Operated with four sticks of 106A with intermittent problems (not thinking it was the RAM AGAIN) until 11/10/09. One pair (don't know if it is the replacement of the first pair or the replacement of the second pair) fails Memtest-86 in about three seconds (each stick fails by itself in the very first test). The remaining pair works fine (at this moment). I changed manufacturers and ordered some Mushkin memory. Hope it works. RMA'd to Crucial again (third time) just to have some spare memory laying around.

Cons: Both sticks failed within 9months. The first one failed in less than 6months.

Overall Review: There is no benefit to a product which fails with the degree of regularity that these reviews seem to indicate. My experience is no exception here. For the record, the Other Crucial sticks I bought, also 1066mhz one lives at about 14months, the other died after about eleven. Hmm.