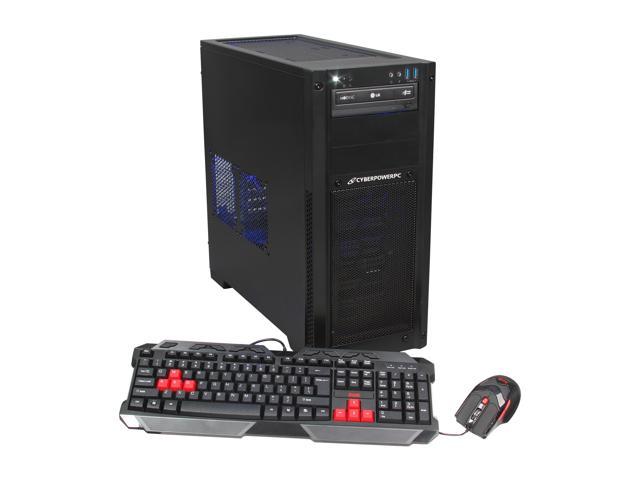 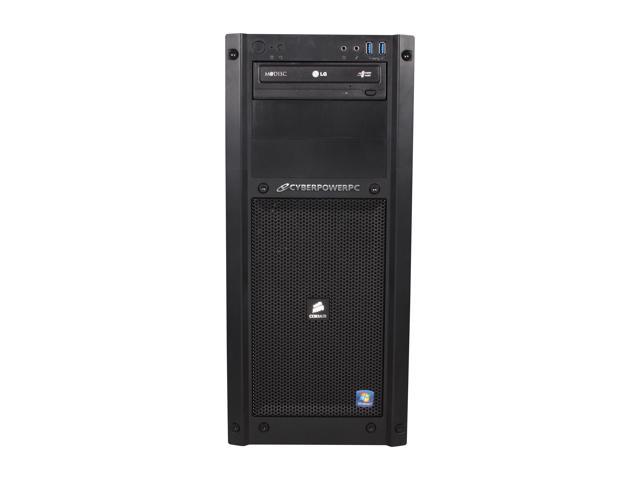 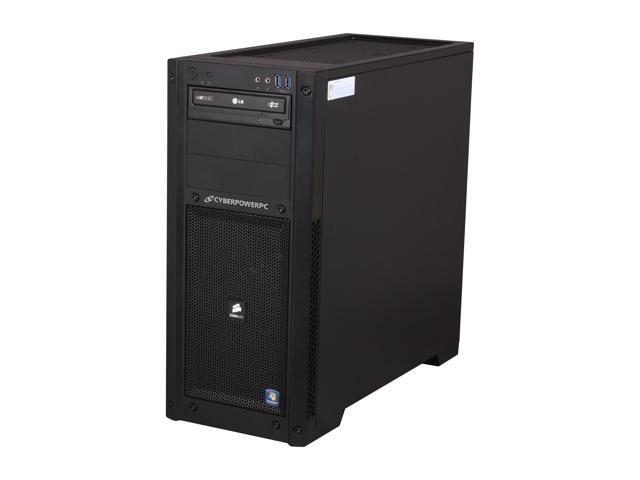 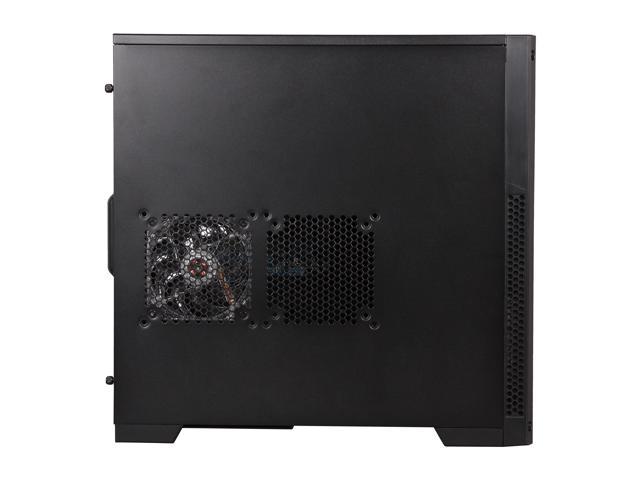 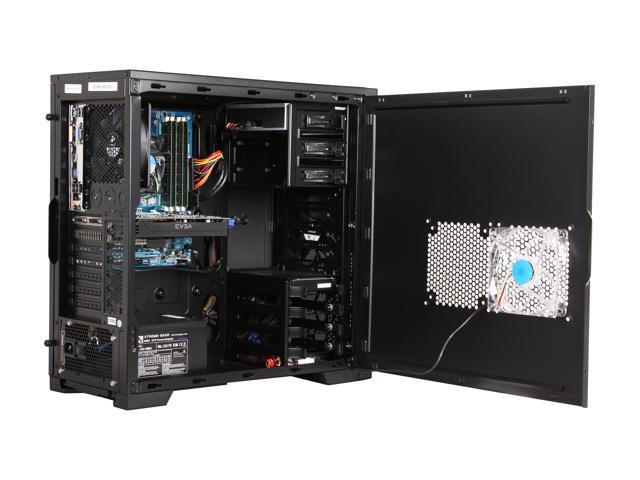 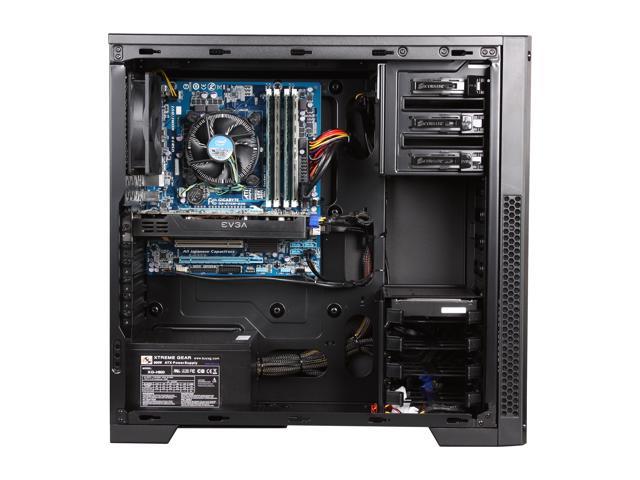 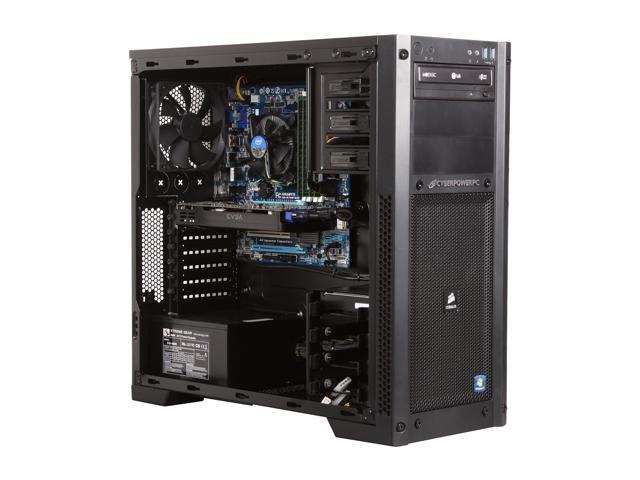 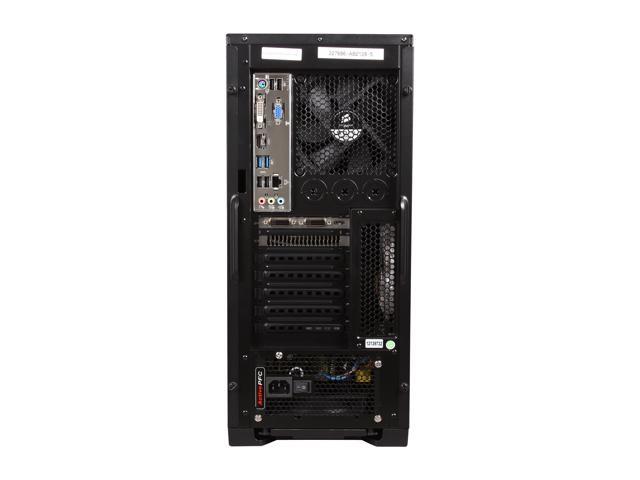 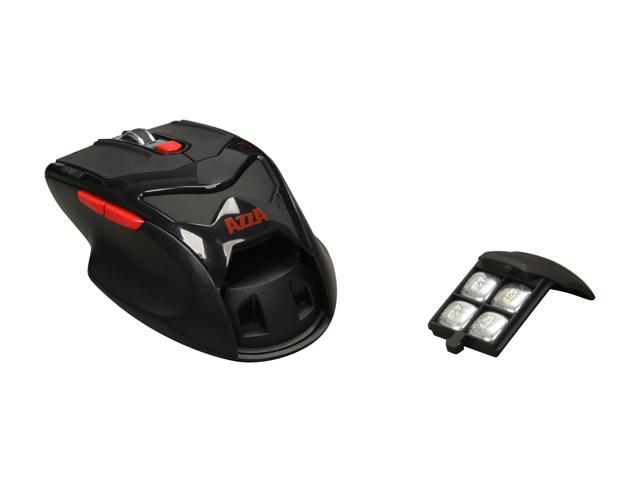 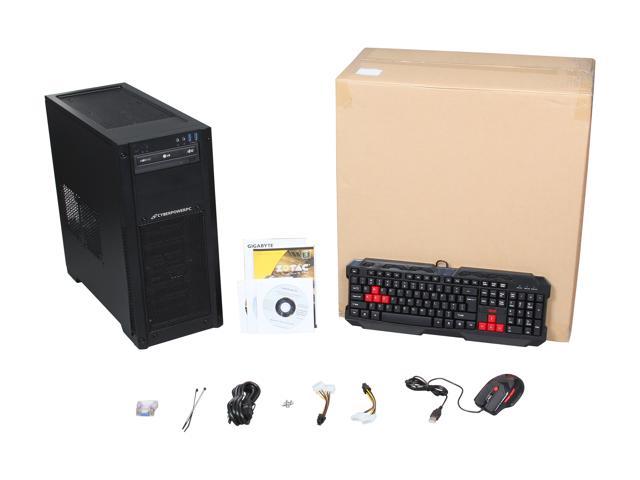 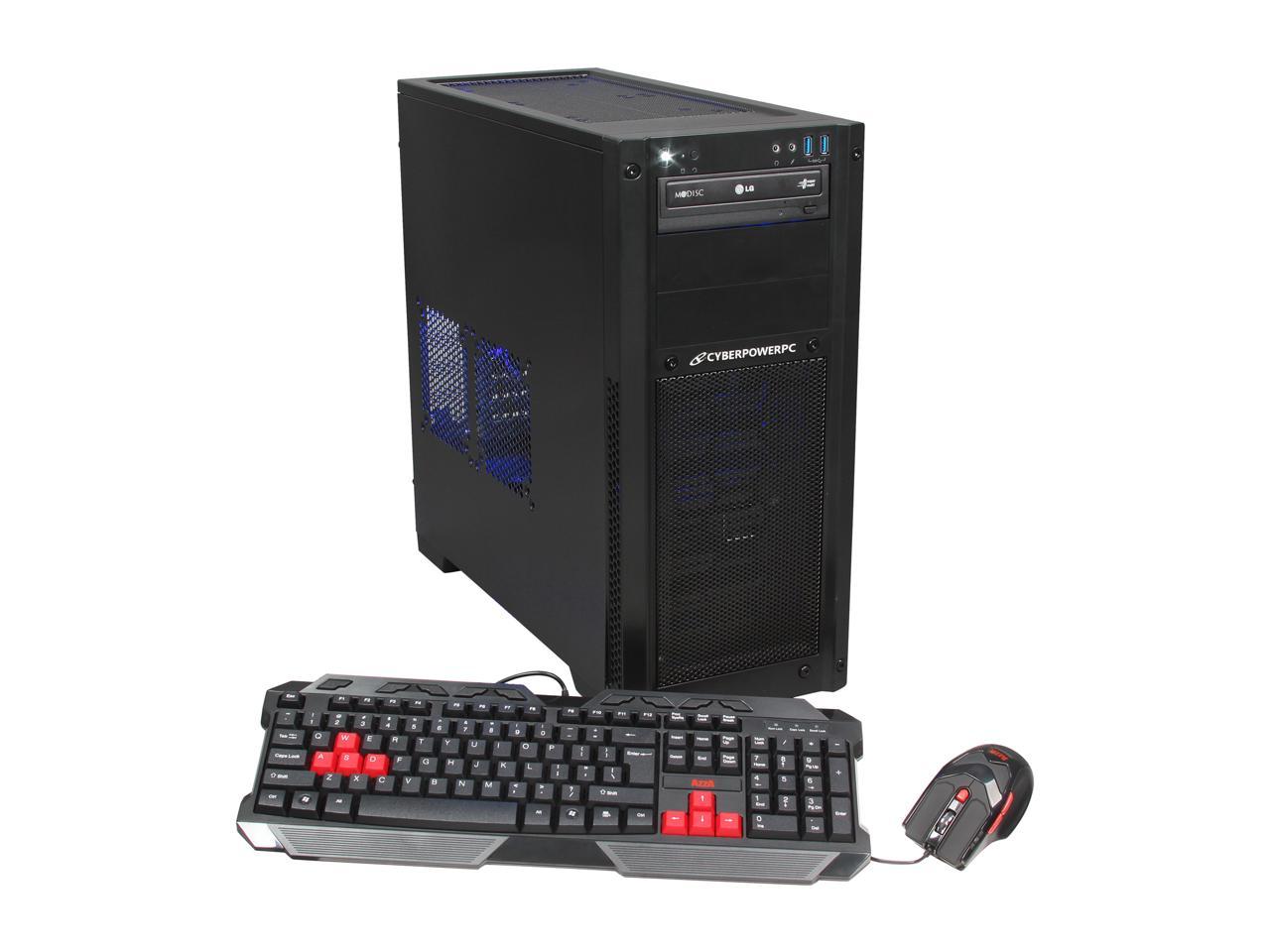 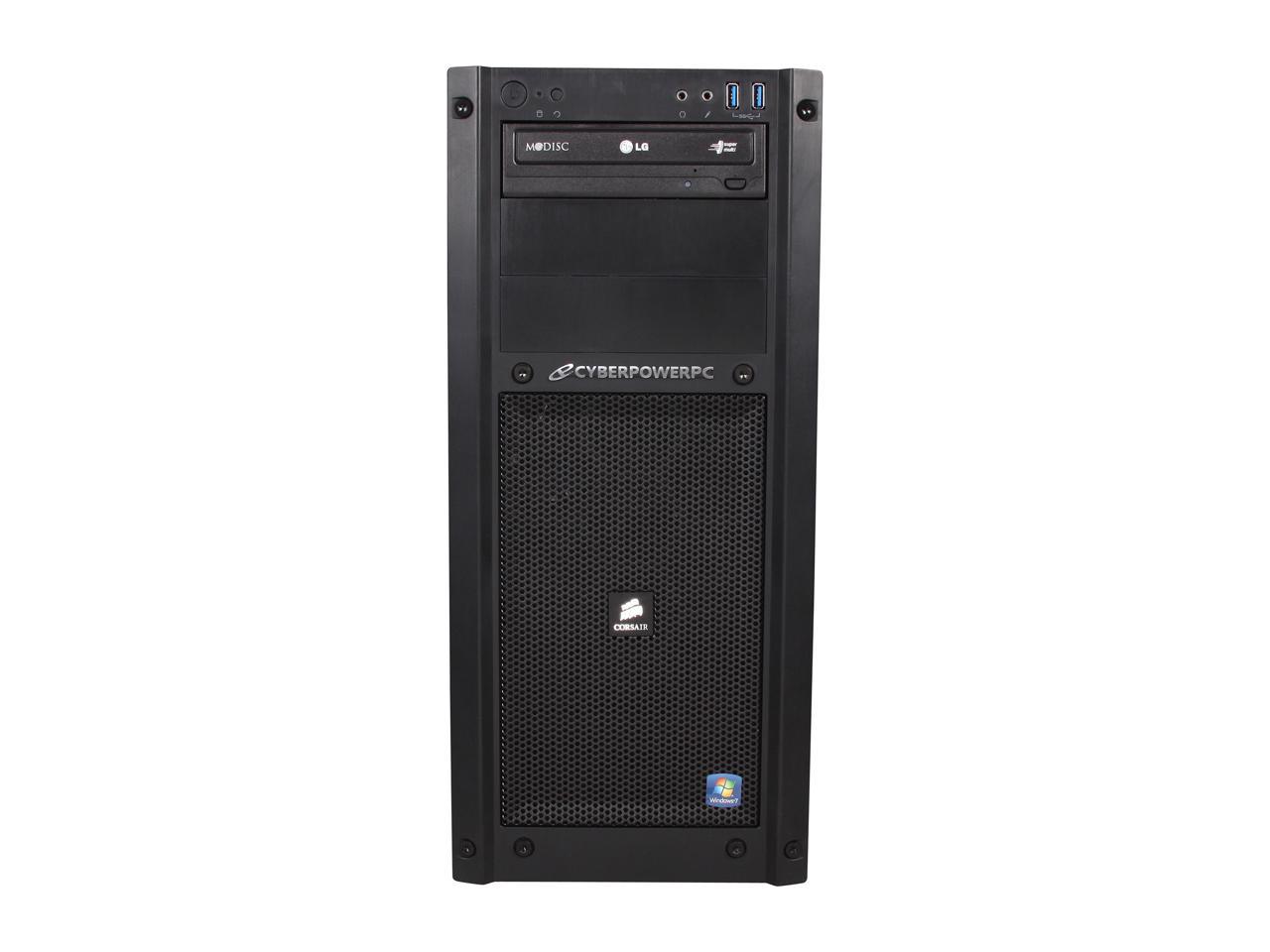 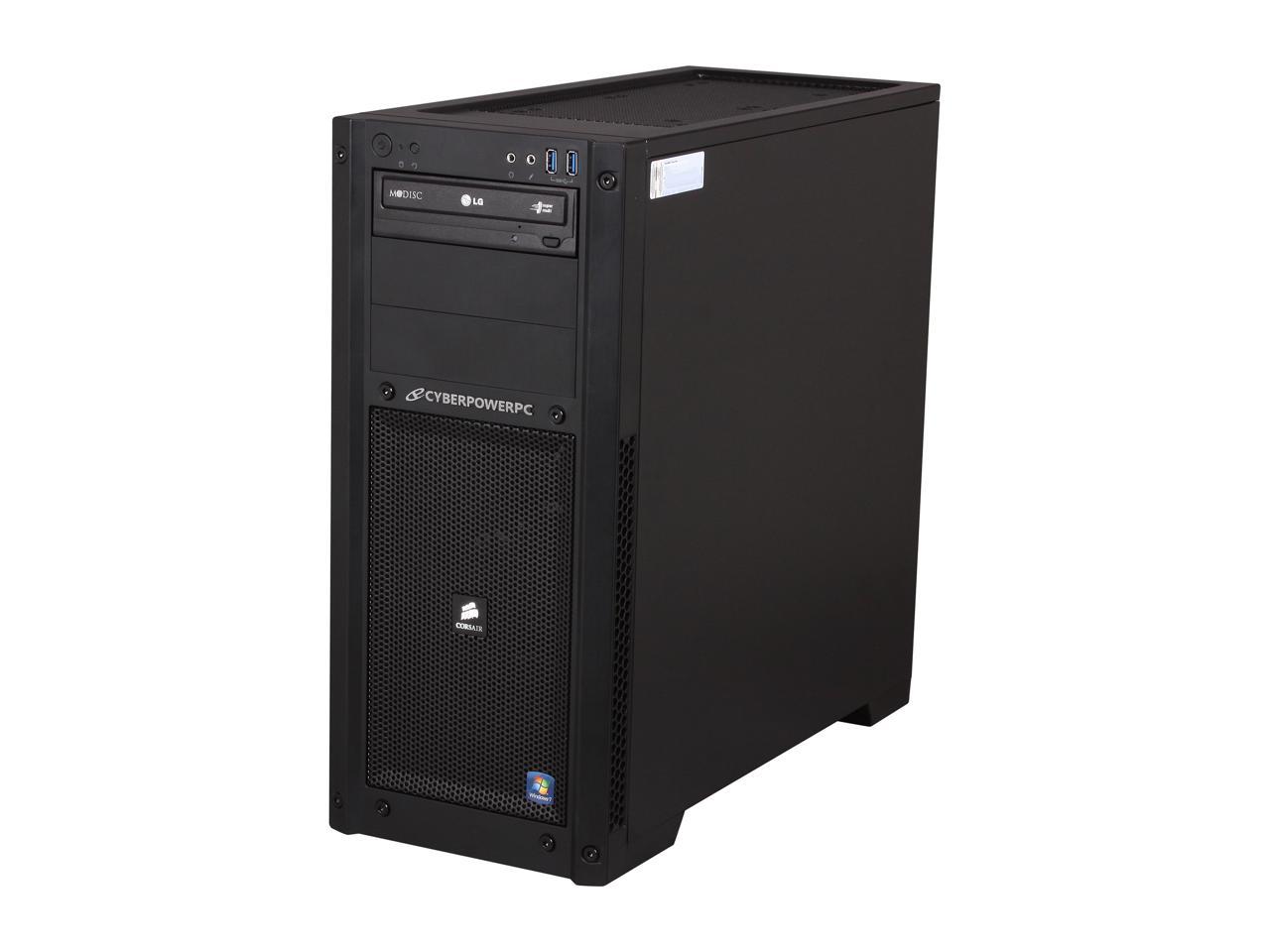 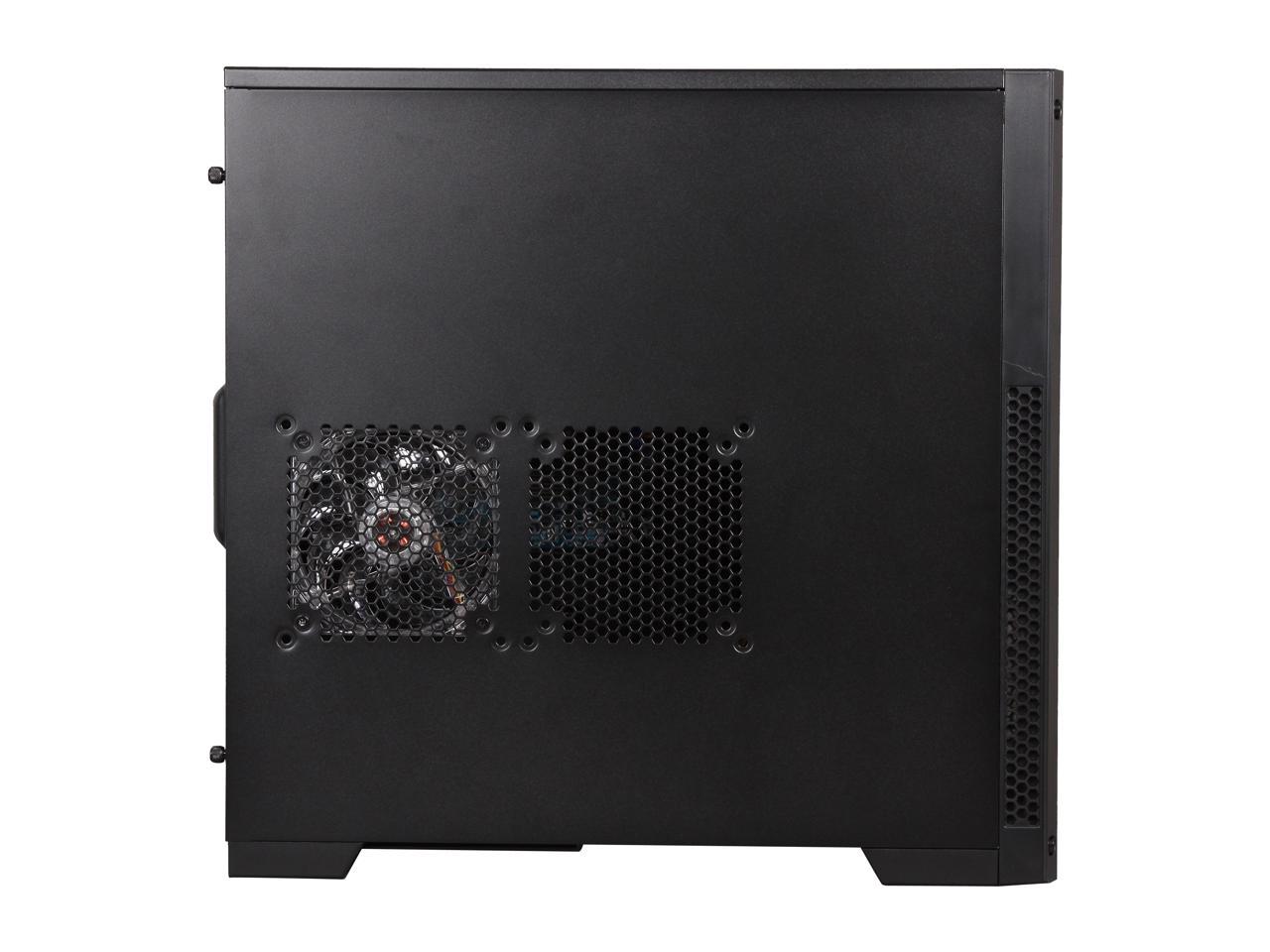 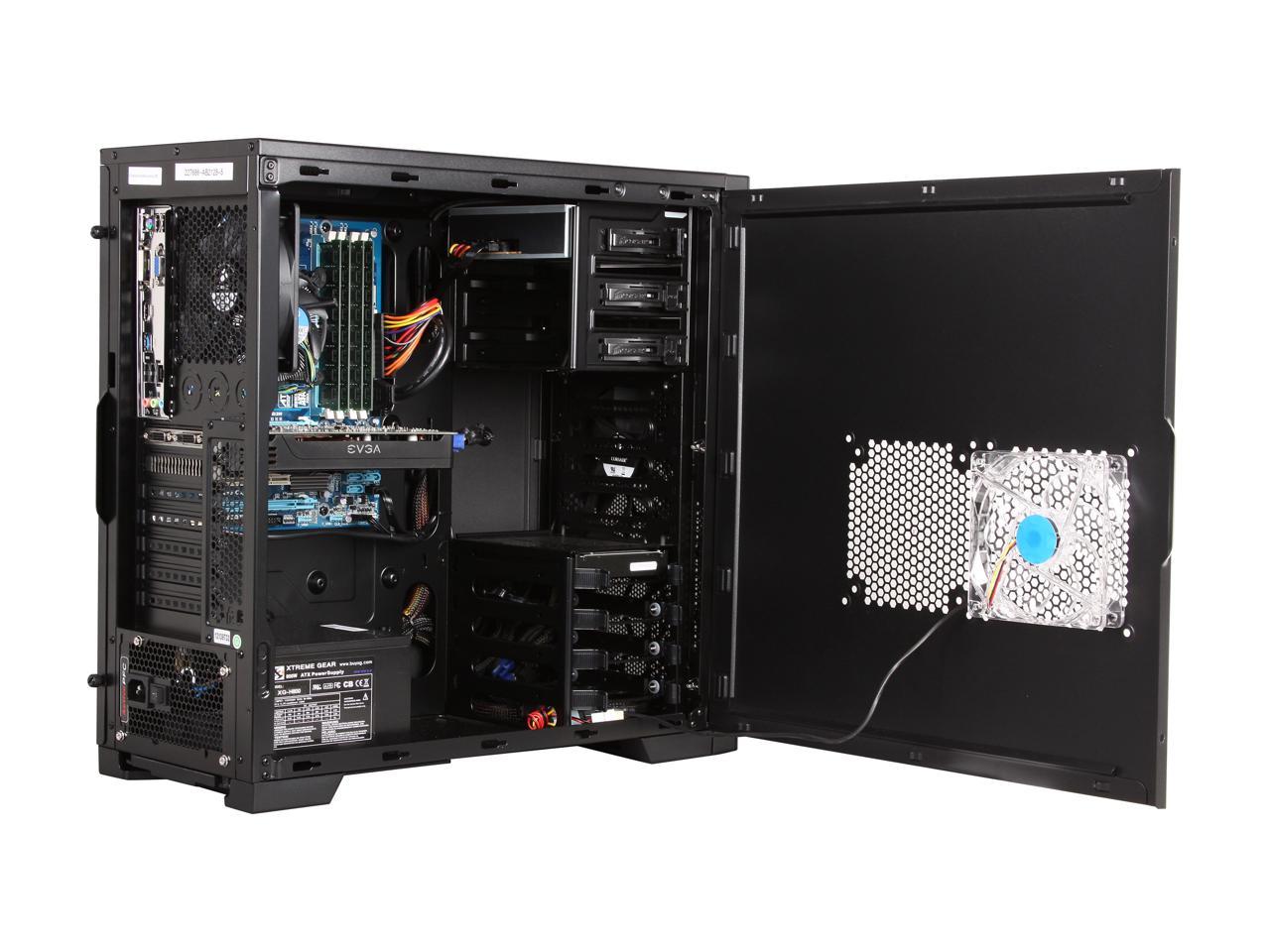 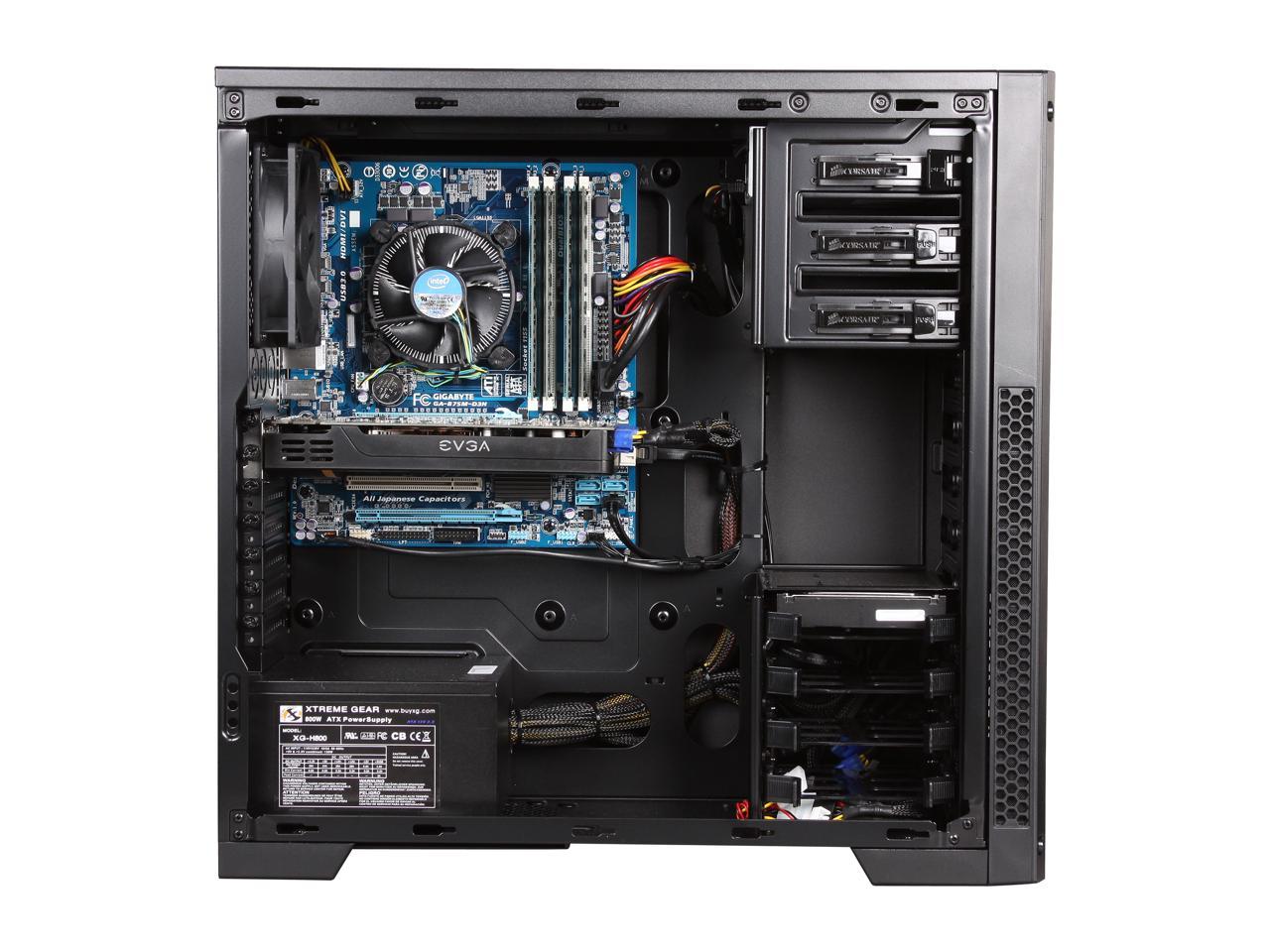 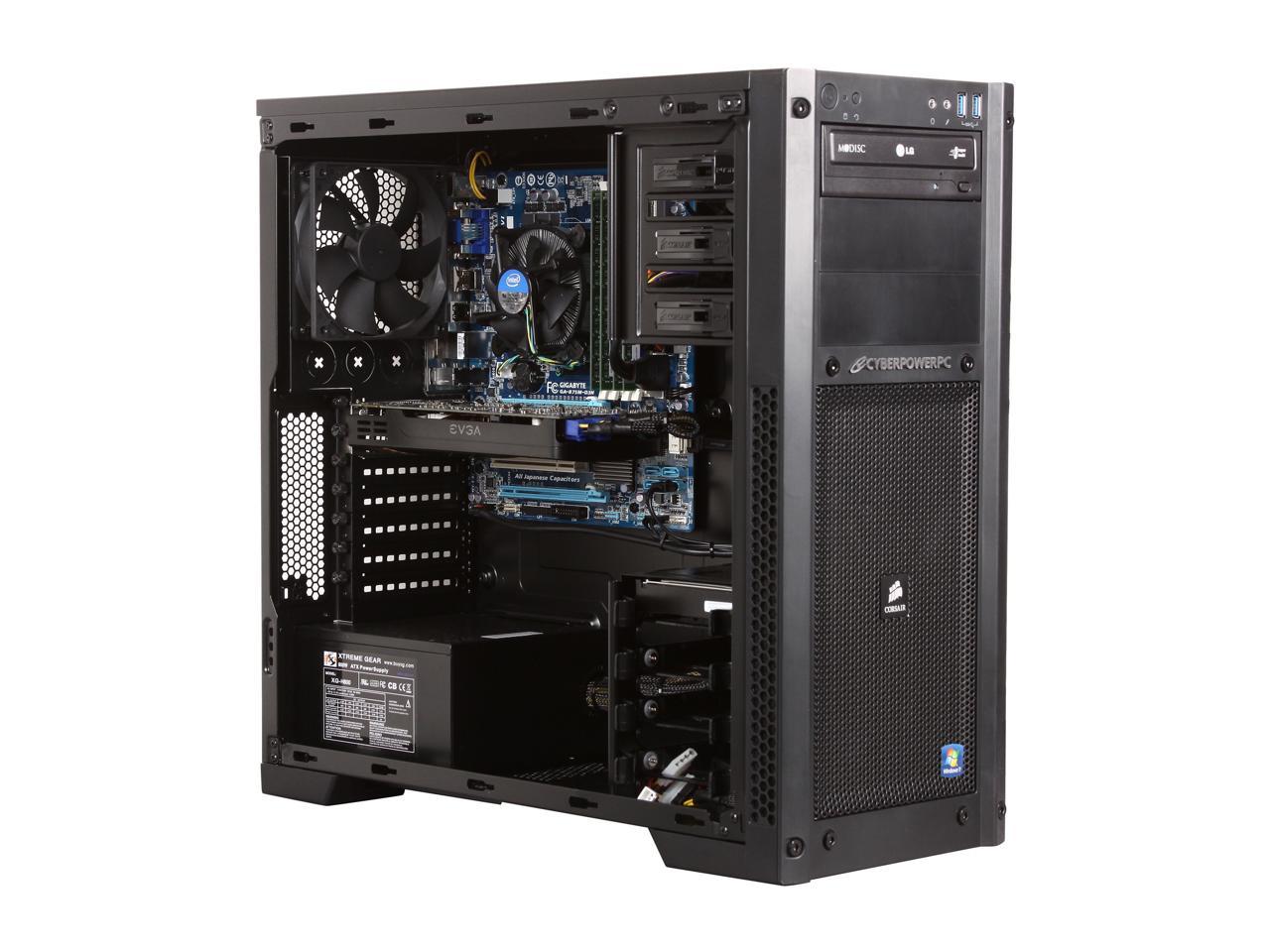 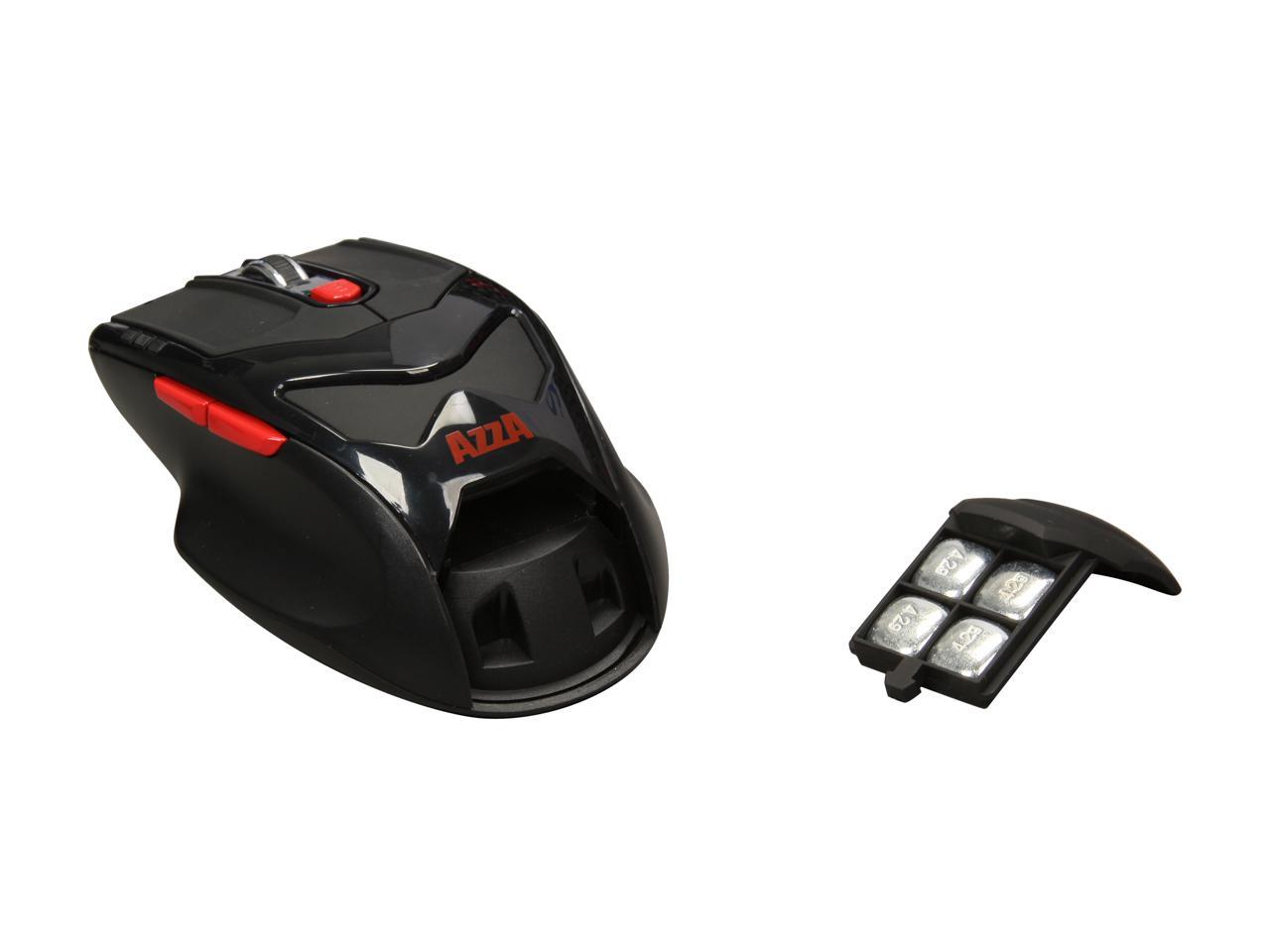 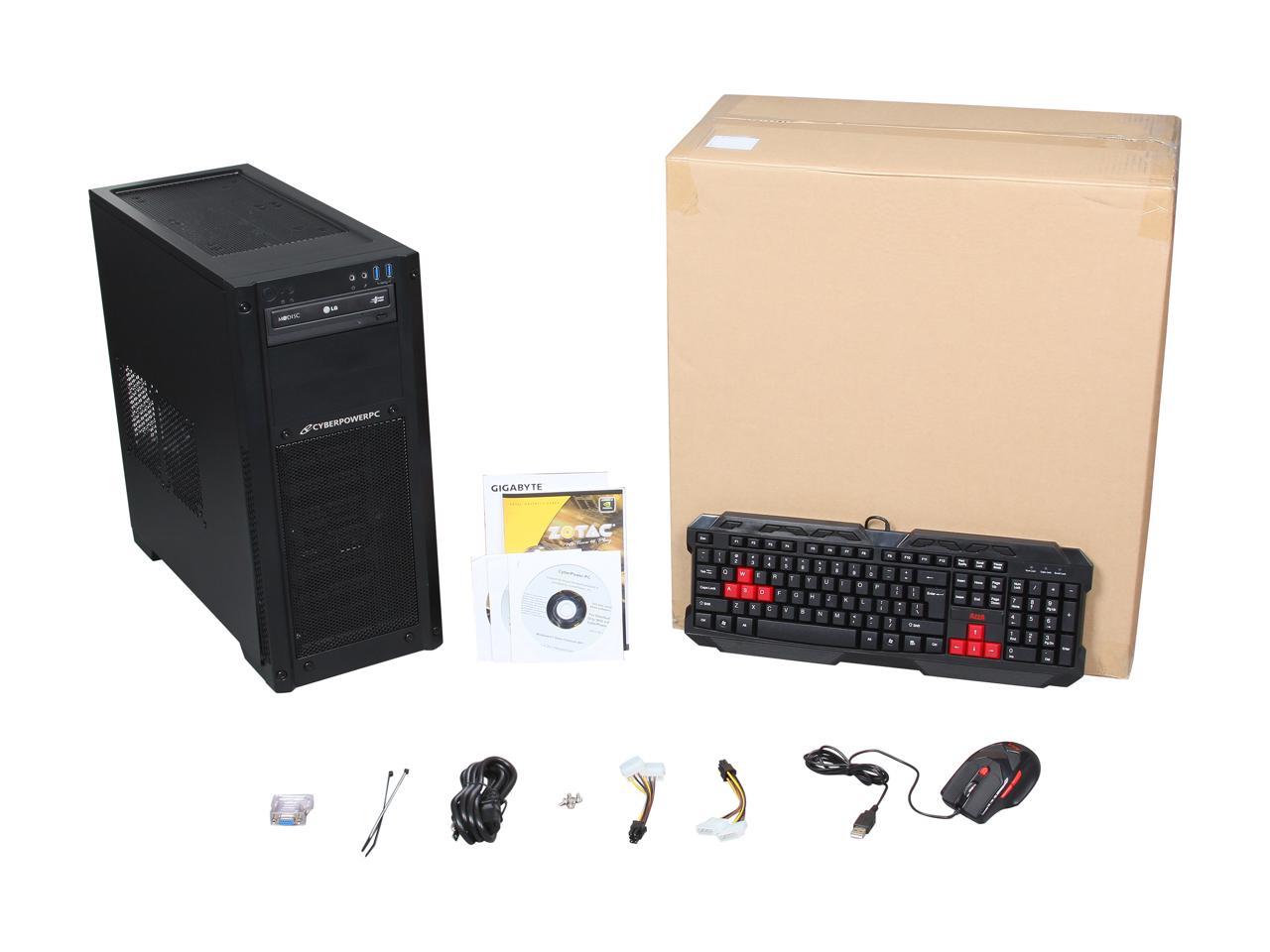 Pros: -Best value for price I could find -Runs the games I've thrown at it smoothly and at high graphics settings -Came with shipping foam -Came with a sheet that let you know not to plug your monitor into the motherboard, but into the graphics card, a common problem I've seen in reviews. -Worked straight out of the box -Has a lot of space to add on on the inside.

Cons: -Only came with one case fan, and I had seen two in the pictures. Fans are cheap, and I had anticipated needing more, but I was disappointed a when I only saw the one. After a few weeks of usage, I started having problems on start-up and shut down. When I shut down the computer now, the power button light, the fans, and the fan LED's stay on. When I start up, it flashes the motherboard page like normal (I installed the software for the motherboard), but instead of then going to the "starting windows" screen, it flashed a blue gradient screen with the motherboard name, then my screen goes blank, as if trying to start again. If I wait a few minutes, it does the same thing over again. After seeing other reviews, I believe it's a problem with the power supply. This is also supported by the fact that if I turn off the power supply button on the back after I shut the computer down, and turn it back on before start-up, the computer starts like normal.

Overall Review: Definitely more pros than cons. I would recommend this computer to a friend (and I already tried to :P). The care in packaging is great. The issue I am having is a pain, but the current fix I have isn't in any way hard to execute. I anticipate problems with the power supply in the future, but they aren't hard to replace.

Cons: -TERRIBLE power supply. The cheapest thing I've ever seen. -Only comes with ONE case fan despite this case having space for 5.

Overall Review: I run everything on absolute max, 1080p on this system. I'm talking high end games, too. Not stuff like WoW. Literally anything you throw at this beast, it will handle it. BF3, Crysis, anything! However, when you order this PC, order 4 extra case fans and a power supply to make it a true marvel of gaming!

Pros: Very Fast running PC. Came with foam inside case to help protect system while being shipped. Good value for the money. Came with all the adapter cables I needed to hook it up. (does not come with vga/dvi cable because usually monitors include those cables) Runs All my current games at max settings, including Total War games and FPS titles.

Cons: Mouse and Keyboard that are included are of very low quality and i quickly replaced them. Left Ctrl button stuck the second time i pressed it.

Overall Review: After reading many reviews on how many cyberpower PC's didn't work right out of the box, i was skeptical about purchasing one. Luckily though everything is working fine. After installing the video card current drivers from the NVIDIA website and fully installing Windows 7 and other essential software everything was good to go. Even includes free 3 month Norton antivirus. (Not as good as the version you pay money for however). The motherboard HDMI and VGA/DVI connectors do not put out any signal out of the box and this might have been reason for trouble in other peoples reviews. It is due to the fact that there is a video card and the system reads it and disables the motherboard connectors. The graphics card with this rig has a mini HDMI and another form of connector but the adapters are included to make it full HDMI and a VGA connection.

Pros: Was working great, then about 1 month after my purchase, the RAM messed up.

Did you find this review helpful?
Manufacturer Response:
Dear Valued customer, We do apologize for the inconvenience, CyberpowerPC will always stand behind their products and will provide support whenever in need, please allow our technicians to address any issue you might have. We will be glad to help replace a defective component or help service the system, Please contact us directly by email to cyber_tech2@cyberpowerpc.com for direct support or contact our direct line at 888/937-5582. Be sure to also include your full contact information since we do not ave any information if the product has not yet been register.
Roxann D.
Ownership: less than 1 day
Verified Owner
SLI?!9/17/2012 6:33:05 PM

Pros: looks really good. like amazing. I want one.

Cons: PSU not the best. Apparently case can be missing fan(s).

Overall Review: I wanna buy this and put another GTX 560 2gb in. Now does this motherboard support sli, I can see an empty PCI in the picture but thats about it?? anyone...?

Did you find this review helpful?
Manufacturer Response:
Dear Waztoes, Thank you in your interest in one of our system for further information, please give us a call at our technical support line or you can email us at 888/937-5582 cyber_tech2@cyberpowerpc.com
Anthony C.
Ownership: 1 day to 1 week
Verified Owner
9/14/2012 10:13:24 AM

Pros: Runs everything great so far that I've thrown at it. A few of the cables were a little loose when shipped, but that wasn't really a big deal. No problems as of yet, so I'm hoping it'll stay that way. :)

Cons: My windows 7 serial number was expired when I got it, also I didn't get a windows 7 cd either. So that would be nice if I could get it.

Pros: Great PC! Exactly as described. Runs like a dream and performs great on the benchmarks.

Cons: Hard drive cables were disconnected upon arrival but I always check before even trying to turn on a new PC; not worth losing an egg over!

Pros: This computer has it all for the price. This computer runs great on GW2, The secret world, and Warhammer. Even with tons of people in the same area it does not bog down or lock up even when i am on ultra or max. This computer is quite like u can not even hear it quite.

Cons: the front fan was not hooked up. I have to buy 2 more fans to get better cooling.

Overall Review: this computer is smooth. I am an AMD fan and i build amd. however i wanted to try INTEL and Nvidia- so far i love this PC and like what it has to offer.