Feel 100% satisfied with your purchase -- with no restocking fees & no return shipping costs* within 30 days of delivery. Learn More
This item is currently out of stock and it may or may not be restocked.
Out of Stock
Add To ListFound on 9 wish lists 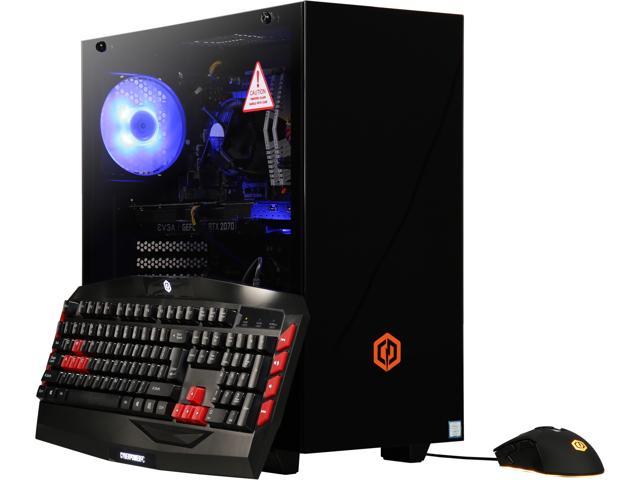 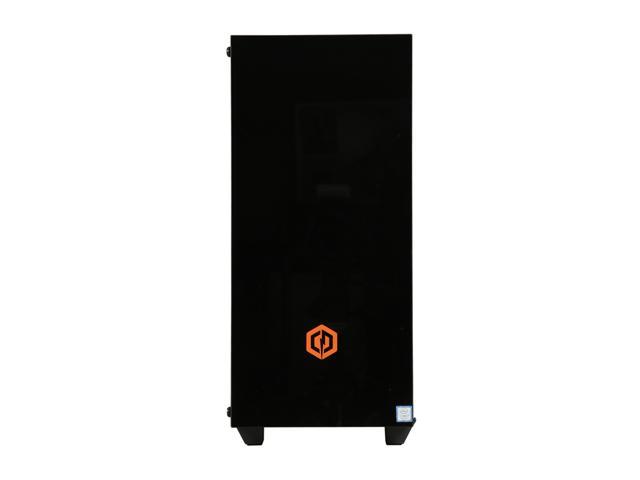 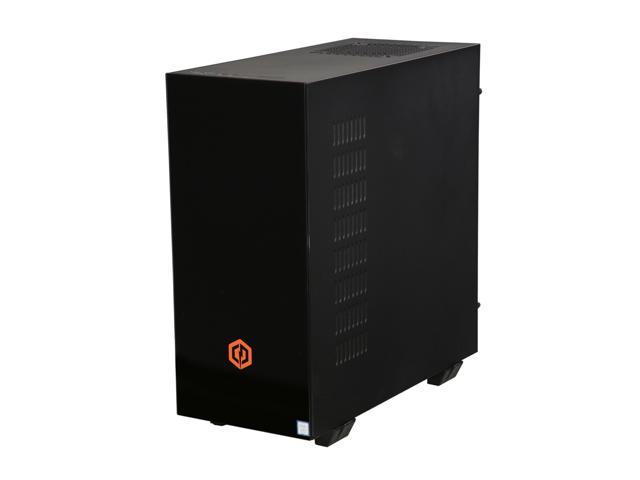 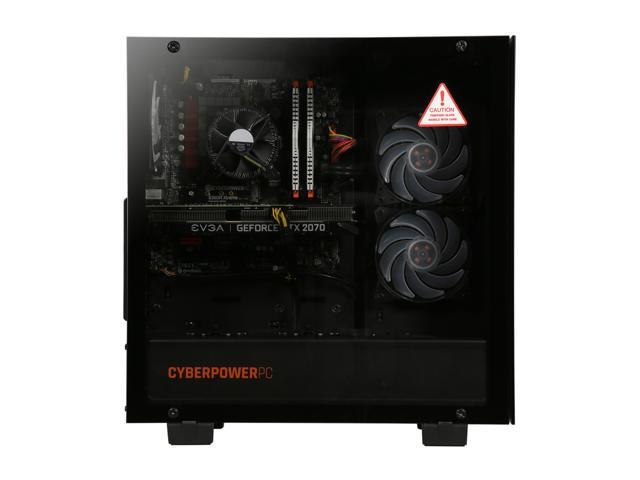 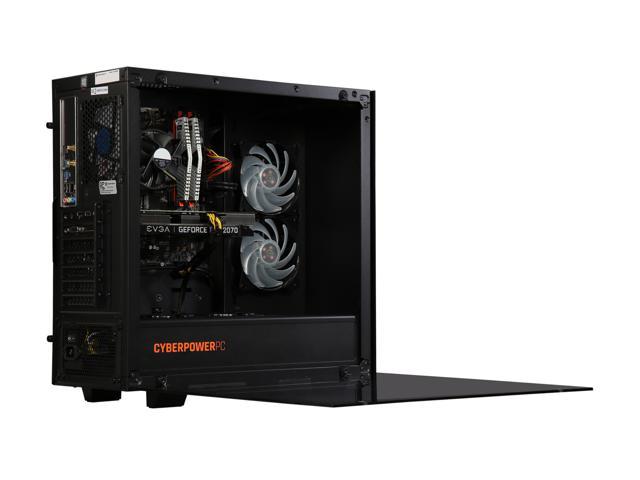 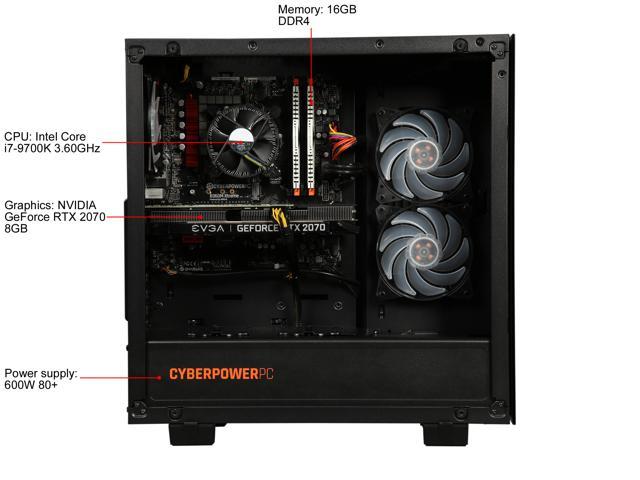 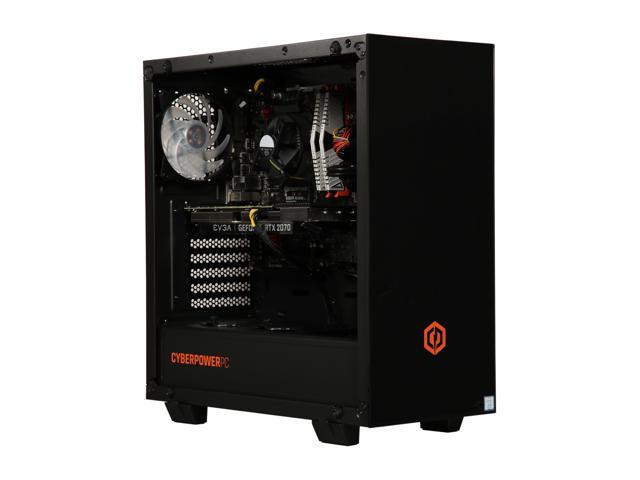 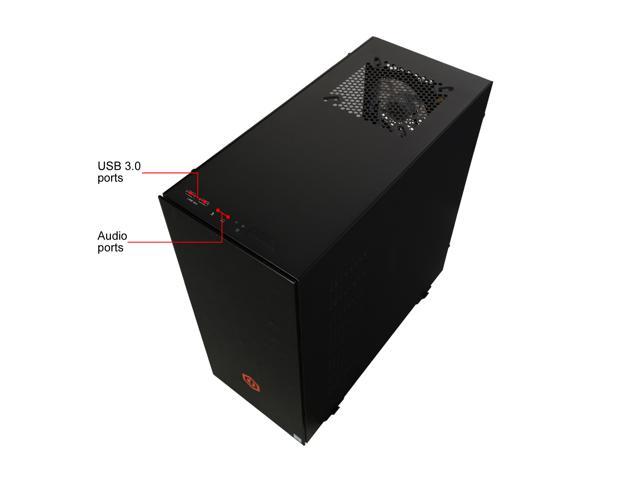 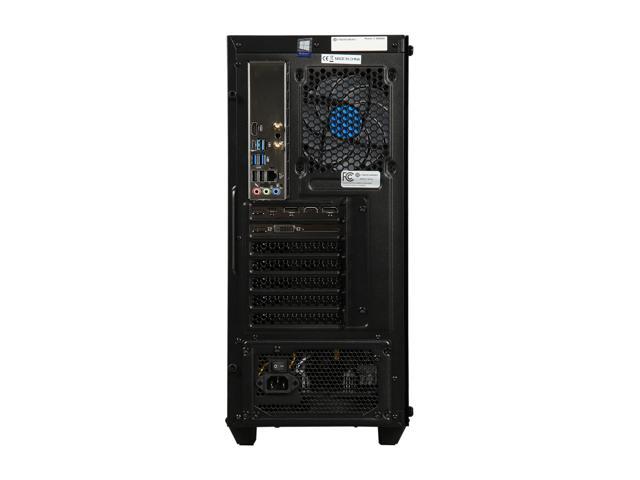 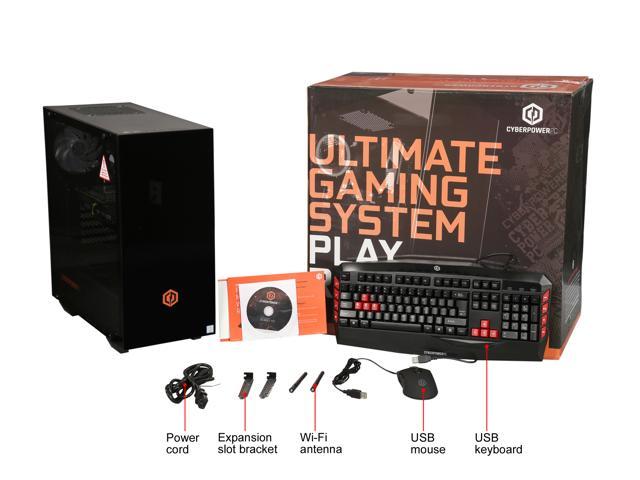 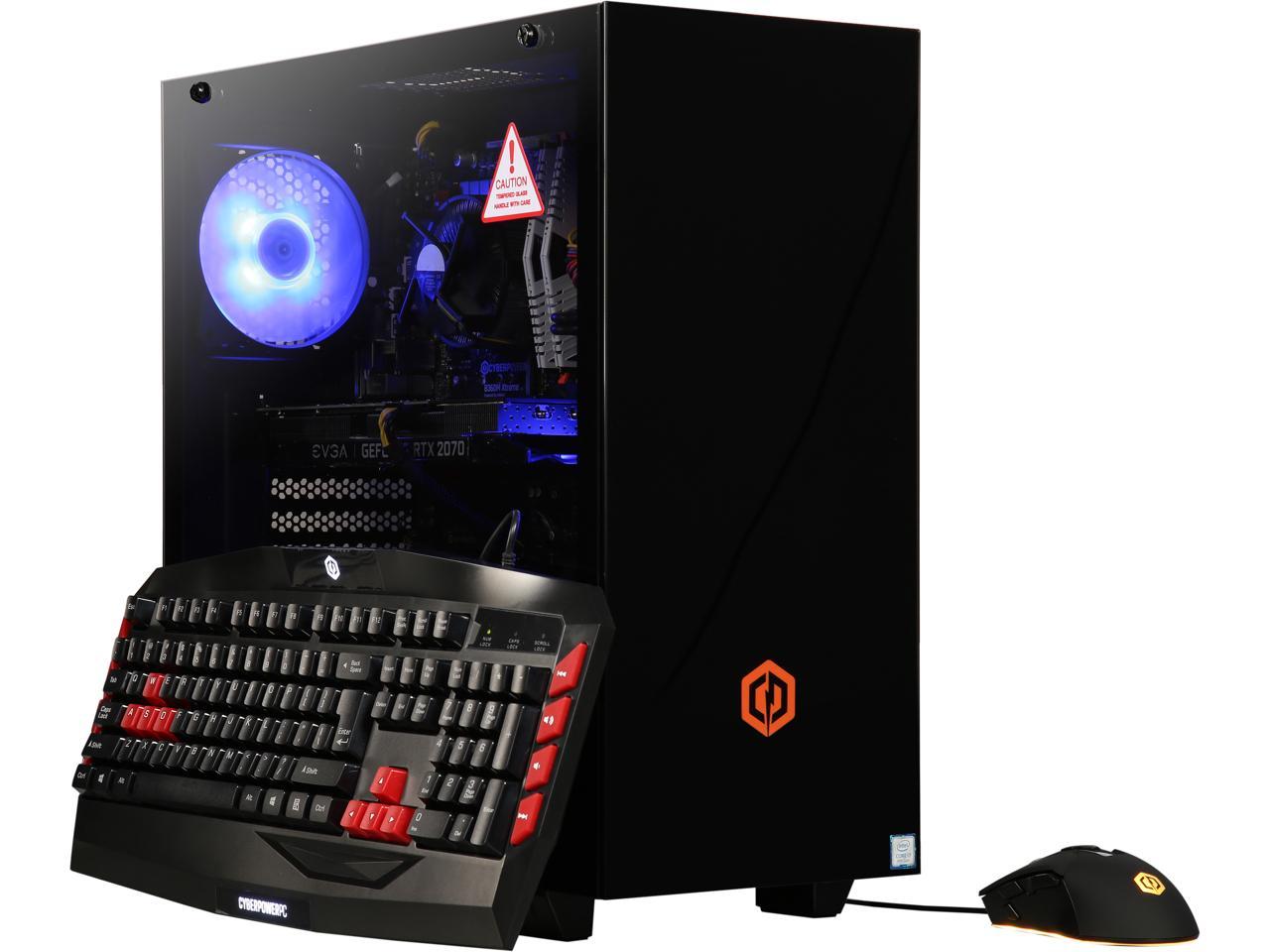 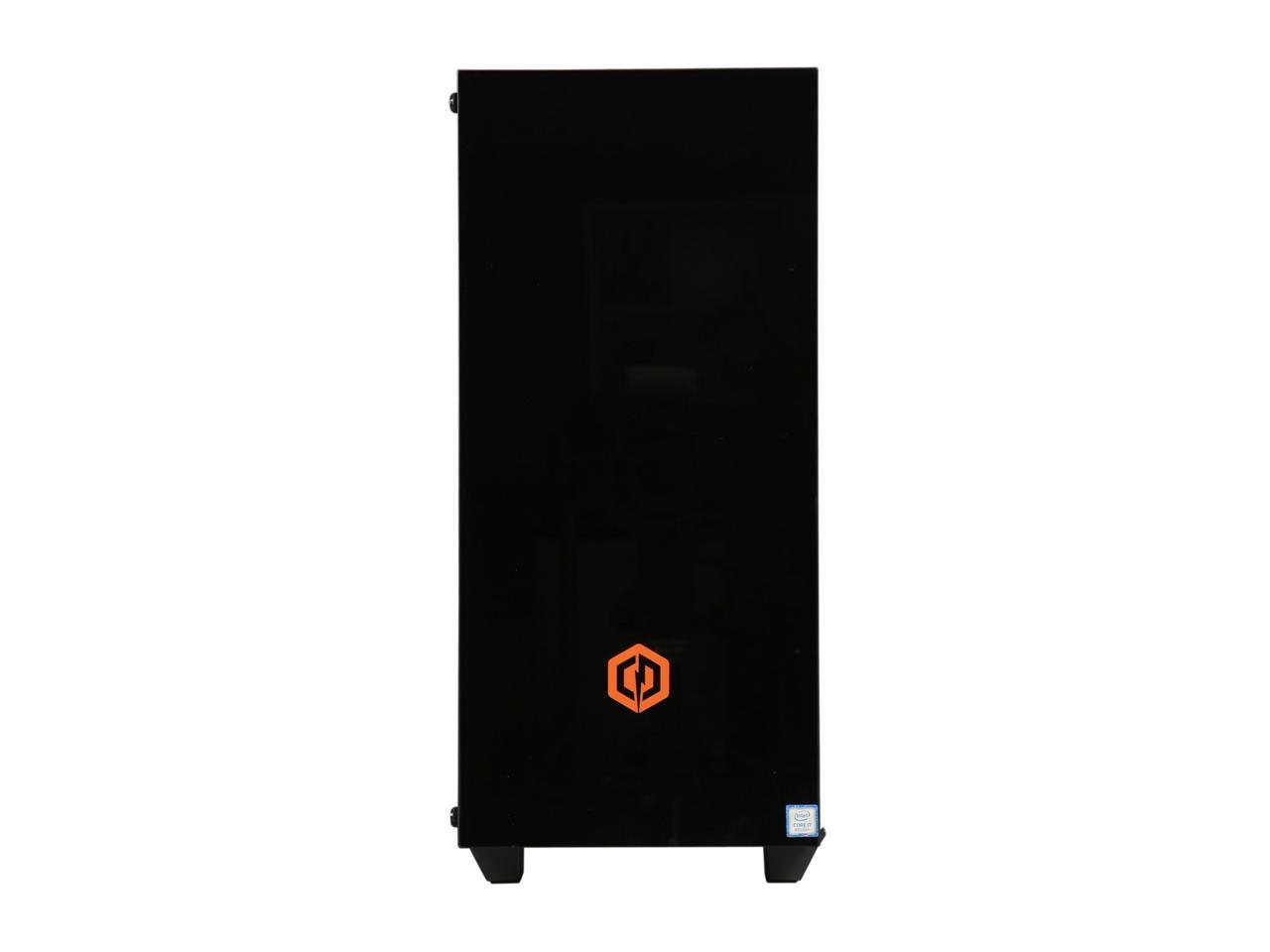 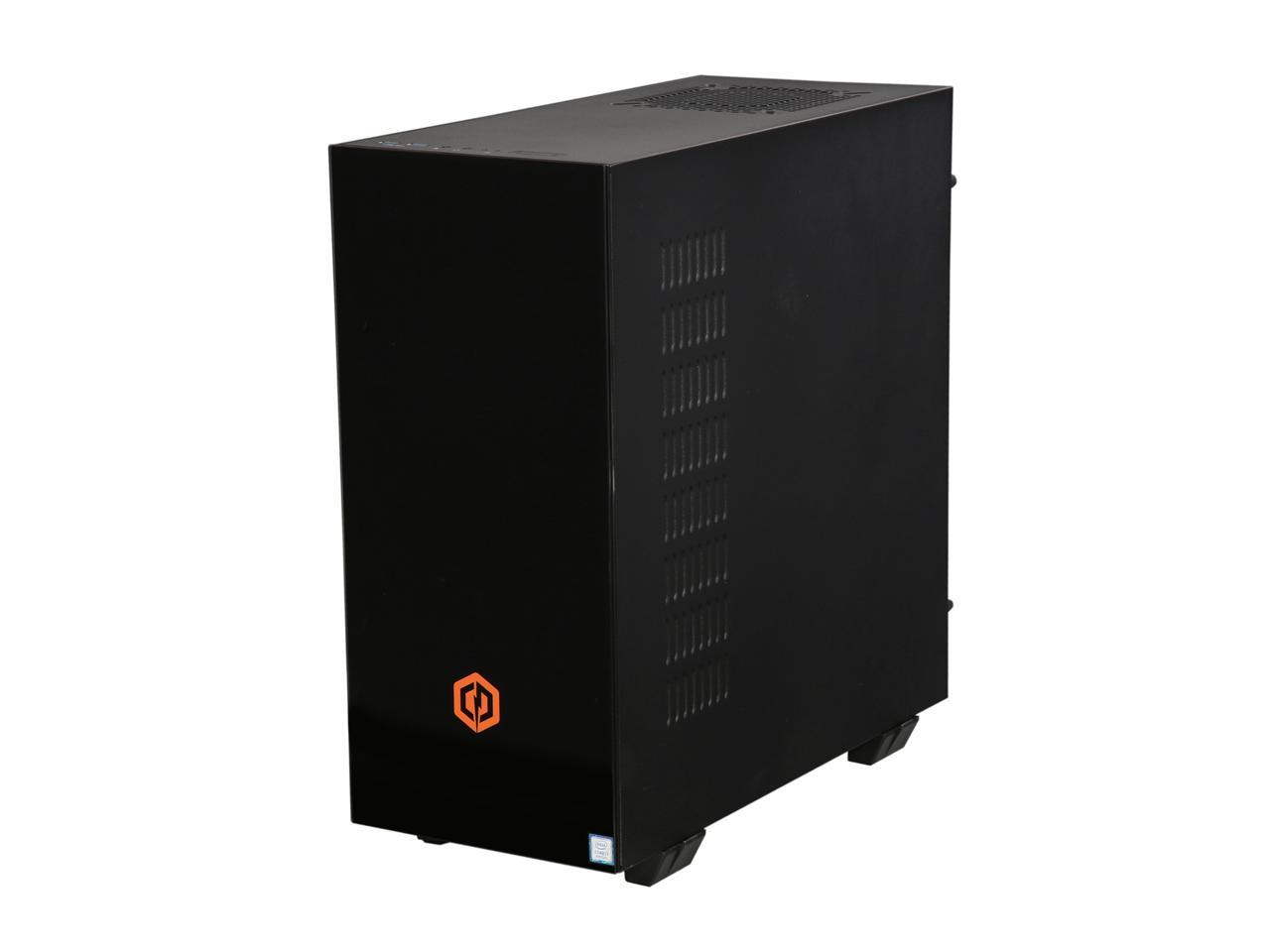 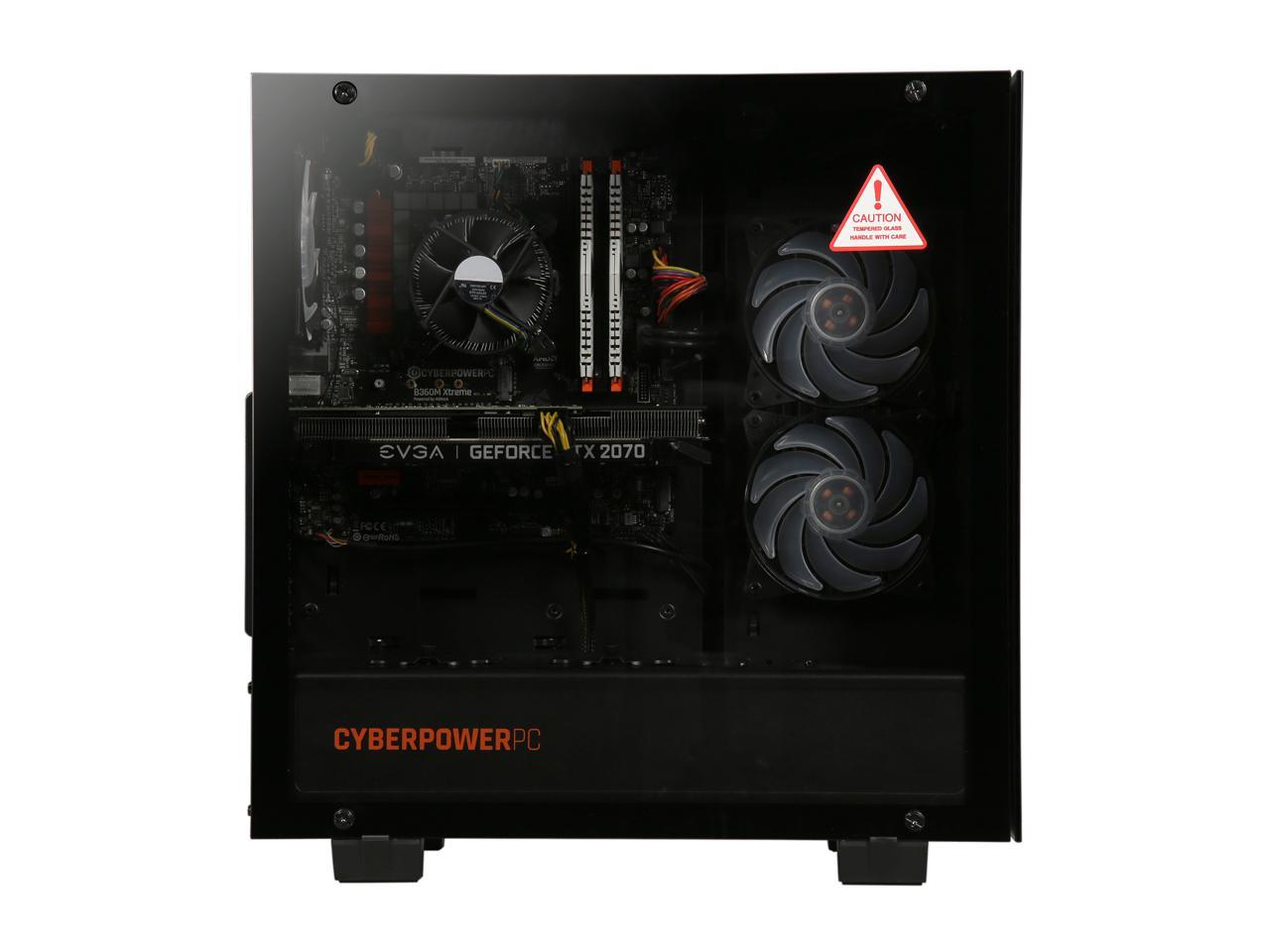 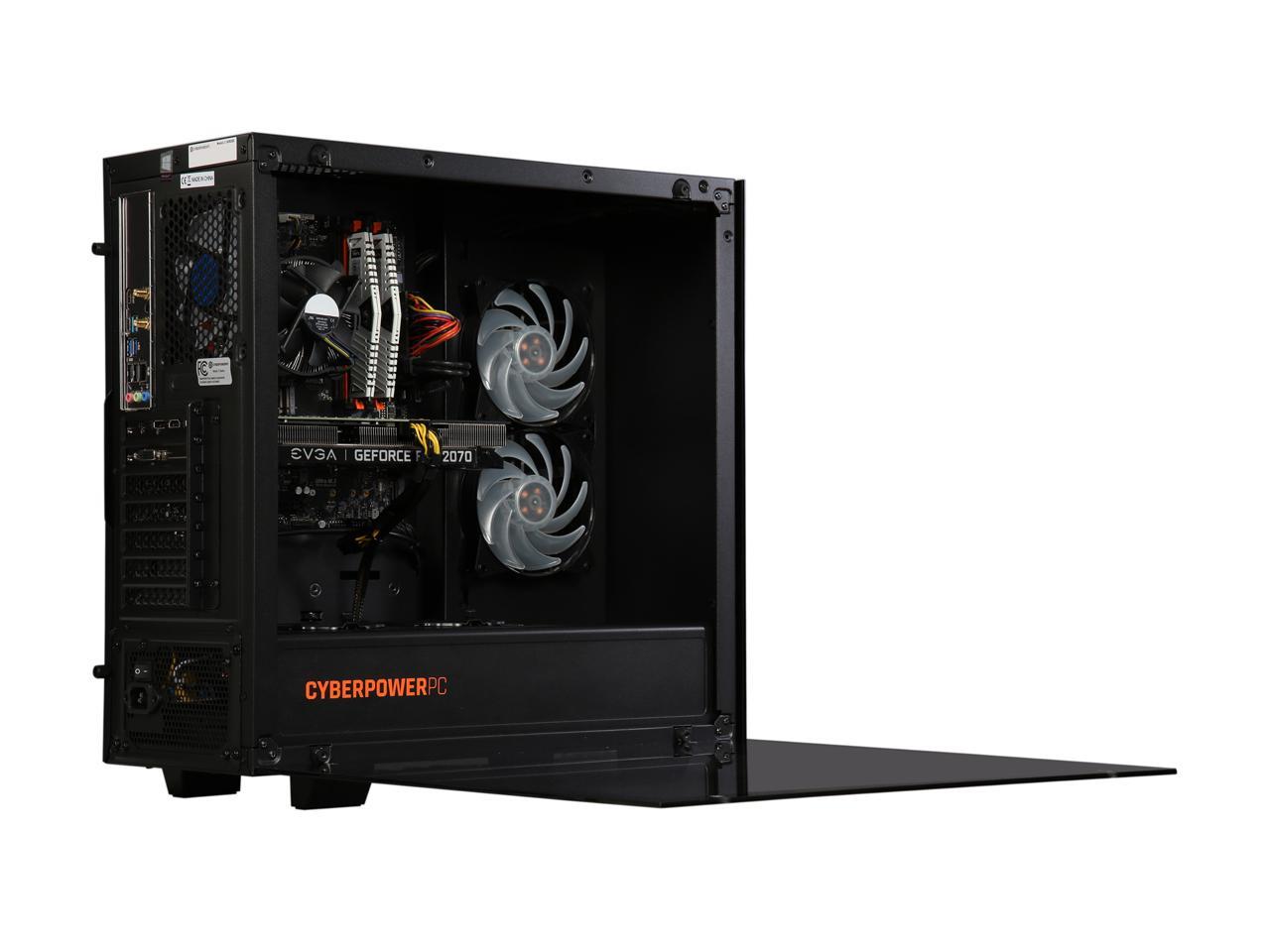 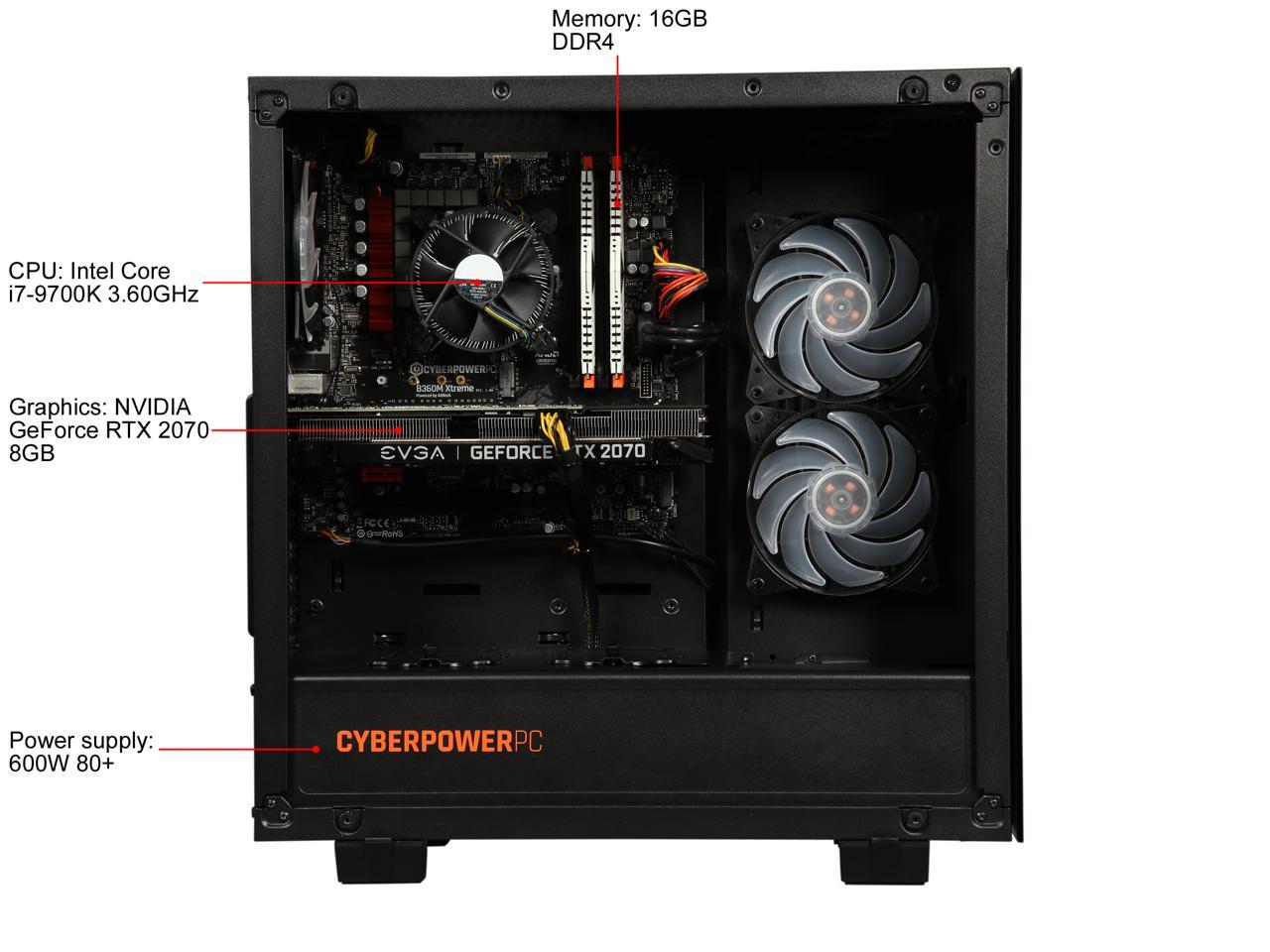 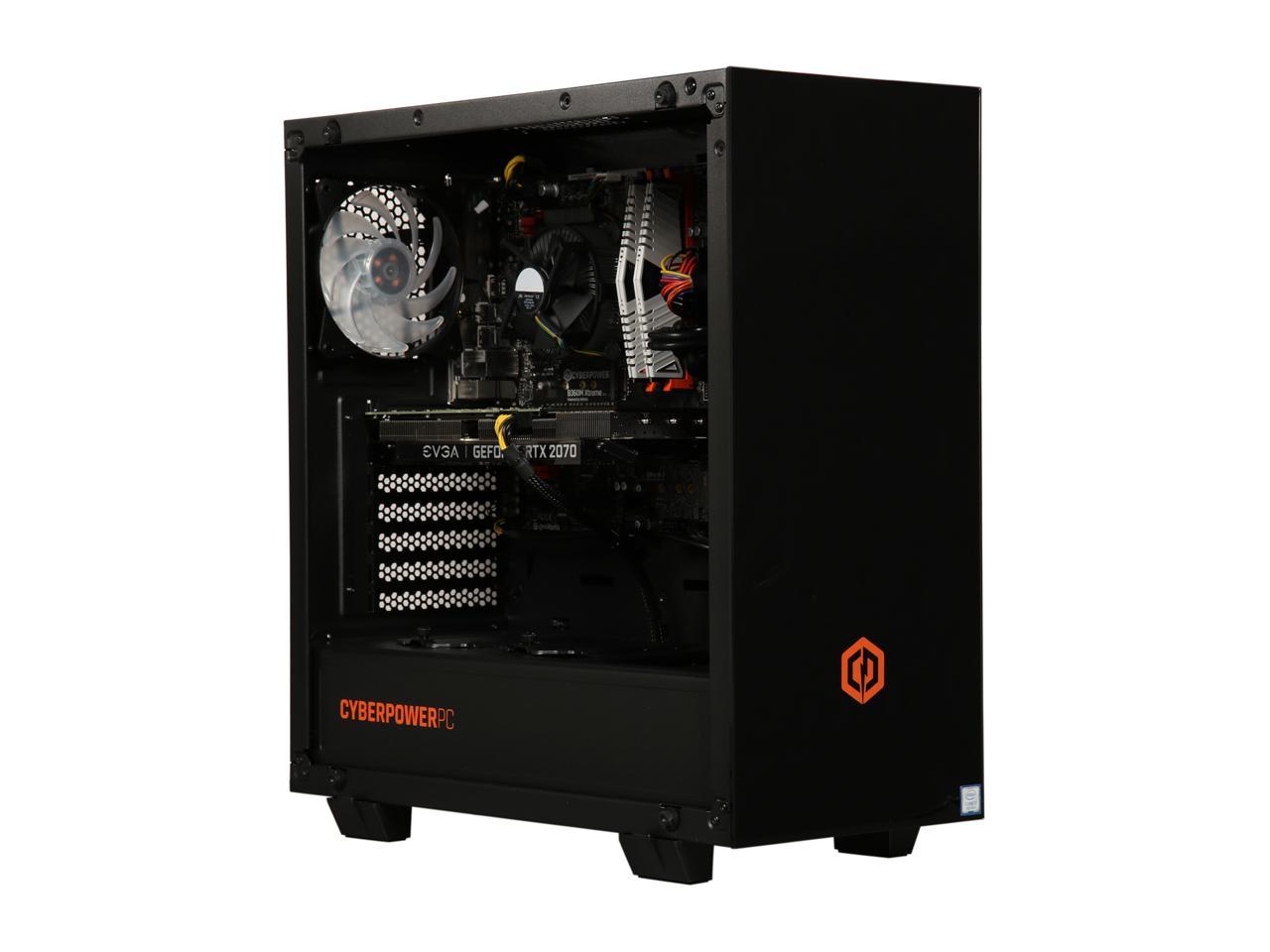 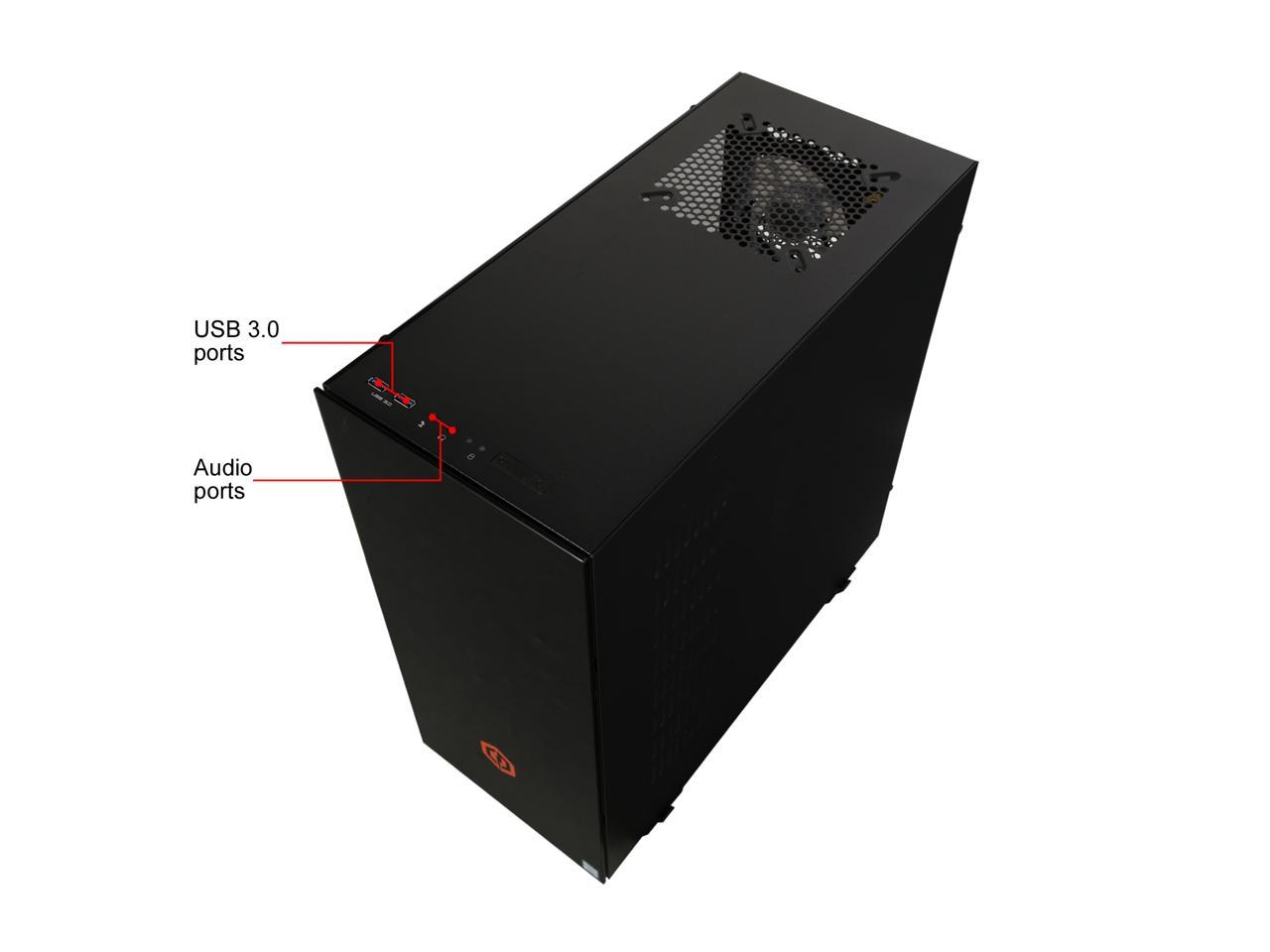 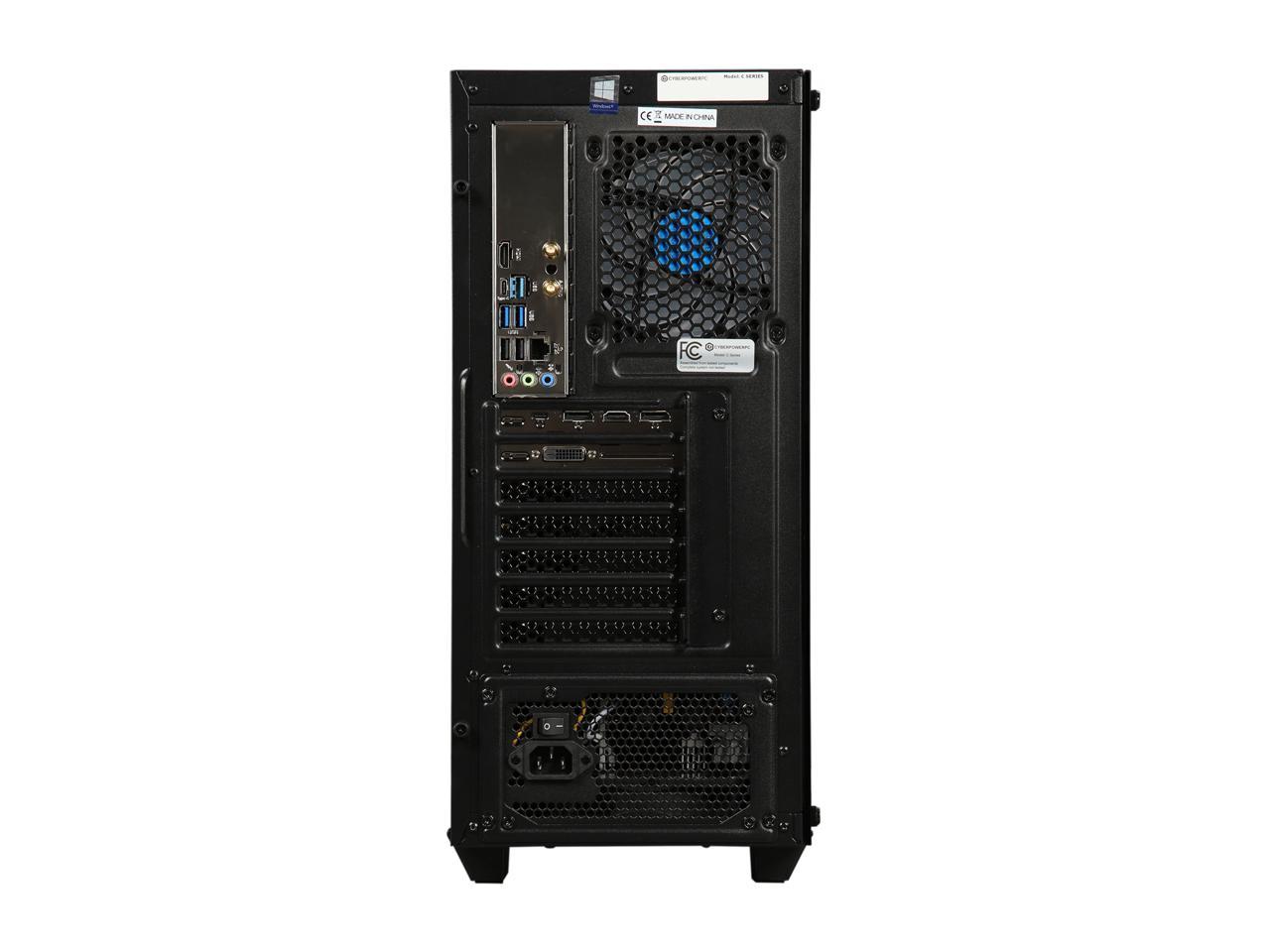 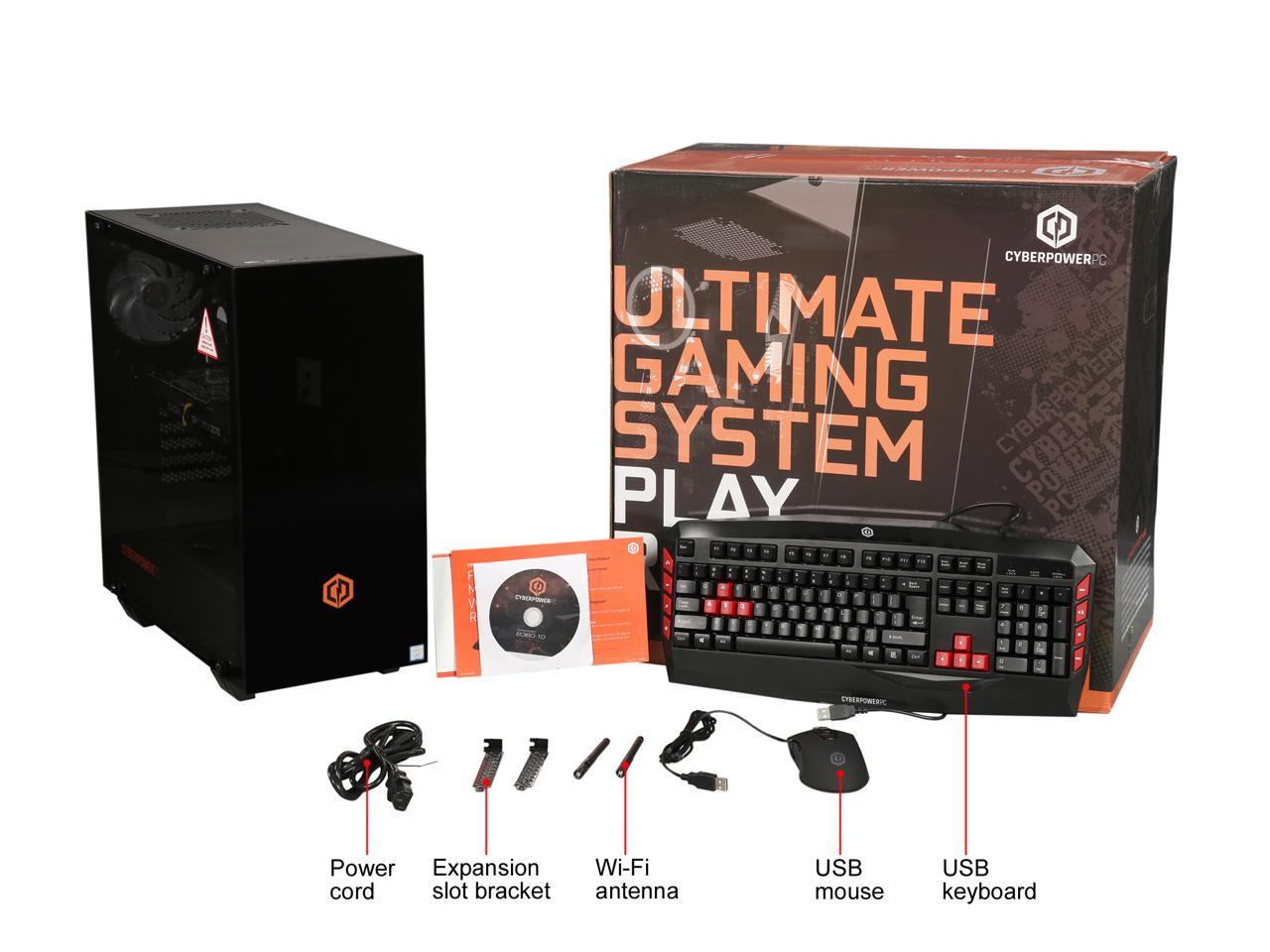 Crush your enemies on the battlefield with the CyberPowerPC Gamer Xtreme C790T gaming desktop. This gaming rig is powered by an Intel Core i7 9th Gen 9700K processor (3.6GHz), NVIDIA GeForce RTX 2070 GPU-based graphics card and 16GB of RAM. Inside the chassis, cables can be organized and hidden behind the motherboard tray, while the power supply is housed in a dedicated compartment for a neat, clean look. The large transparent side window and mystic blue LED lighting add eye-catching fun and enhance the vibe of your gaming. Rounding out this impressive offering is a gaming-grade keyboard and mouse kit for out-of-the-box fun. The 9th Generation Intel Core i7-9700K processor is ready for heavy applications. It comes with eight cores to breeze through parallelized workloads. With Intel Smart Cache, all eight cores can dynamically share access to the last-level cache to max out efficiency. Equipped with Intel Turbo Boost Technology 2.0, your computer will have the power and responsiveness to help your productivity soar. Experience amazing gaming performance, seamlessly edit + share 360° video and enjoy fantastic 4K Ultra HD entertainment—all with an Intel Core i7-9700K. It also features unlocked ratio multipliers for easy overclocking. GeForce RTX 2070 GPU-based graphics cards are powered by the Turing GPU architecture and the all-new RTX platform. This gives you up to 6X the performance of previous-generation graphics cards and brings the power of real-time ray tracing and AI to games. With ultra-fast solid-state storage, your Windows starts up/shuts down in seconds, your applications launch in an instant and the overall system performance is smooth and responsive, allowing you to do more in less time. The massive 2TB HDD is a good place for libraries of movies, music, photos, documents and more. Pros: All of the fans were set to exhaust. I turned the two front fans around so the the air was flowing in through the front and out of the back. I also added a fan to the top rear. I had the same temps, 90-100c consistently under load moderate load, about 30% CPU. But the system was actually able to cool down, unlike before. I purchased a Noctua NH-U12S and it only took about 15 minutes to inbox, remove the old cooler and install the new one. The old cooler is terrible, to say the least and the manufacturer did a horrible job of applying the original thermal paste. There was only a very small, thin ring around the center. This was actually most likely the root of the issue. After installing the new cooler I’m now seeing max temp spikes of 60c and really hovering mostly around 50c. The original configuration, under the same benchmark test, would take the temp immediately to 100c and the cpu would be temp throttling the entire time. The original configuration is inadequate. Do yourself a favor, assuming most buyers will have the same issues, and at least set up the fan configurations correctly and re-apply the thermal paste. I’m going to strongly recommend a new CPU cooler. A budget alternative to the Noctua NH-U12S would be the Coolermaster Hyper 212 Evo.

Manufacturer Response:
Dear Valued Customer, Sorry to hear about your experience. We always recommend you contact us immediately should you ever run into any issues with the PC. If you happen to experience any other issues with the PC, please do not hesitate to contact our tech support agents for further assistance. Tech support: (888)937-5582 CyberpowerPC Support
Ryan C.
Ownership: 1 week to 1 month
Verified Owner
New gaming computer6/2/2019 4:50:39 PM

Pros: Computer was delivered quickly and was easy to set up. The system was up and running within an hour after unboxing. The system is very fast and i am very satisfied with my purchase.

Cons: Ths computer was missing the wifi antenas that screw on the back. I contacted customer service at New Egg and they personallt had the company cyberpower send me two antenas at no charge. Customer service was very polite and helpful.

Pros: Very quick set up. Out of the box and onto the desk. Enjoyed the cable management, no clutter. Mouse and keyboard provided, always a plus.

Cons: Could use a bigger ssd

Overall Review: If you want a system that run most game with no problems this is the system for you.

Pros: - Easy to run out of the box, everything was built properly.

Cons: - It runs on the warm side when running some games, I think specifically when the RTX features are engaged. I noticed it running hot when playing Control and a Ray Tracing mod I had for minecraft, but it didn't get into dangerous levels. I might consider upgrading the cooling system at some point.

Overall Review: I recommend this PC. Even though it does run a little warm on some games, it hasn't really been a problem for me, and even with the default fans it'll probably be serviceable for most people. It should be mentioned that the CPU heat sink is attached to the motherboard with a backplate, so if you intend to remove it for the sake of checking thermal paste or what have you, keep in mind that the backplate will probably fall loose, and you'll need to open the other side of your tower to reattach it. This gave me a scare for a little bit when I couldn't reattach the cooling unit, but my only other PC didn't have a backplate like this, so I figured I'd mention it.

Pros: Purchasing was easy, setup was easy, and so far the computer is running great and runs anything I throw at it.

Cons: The main problem was heating. Pretty immediately it was registering temps around 80C for games. I pulled the CPU off and the thermal paste was non-existent on the CPU itself, and just a couple of strands were are the fan portion.

Overall Review: I applied my own thermal paste, switched the fans around so the air flows through and then out the back, and I haven't seen temps above 62C running any game maxed out. For the price, I'd say it was a pretty killer deal.

Pros: As the title states, I spent 4 hours building my own and it came out to be about $1500 at a cost of 1/3 of it's performance compared to this beast and it's competitive price for what it offers. Intel Core I7 9700k - Handles everything smoothly and maintains comfortable heat zones below 95C, though I did add a 7th fan to the top of the case to help keep it cool, though I'm considering upgrading to a liquid cooling system in the future, as well a possible I9 upgrade. Geforce RTX 2070 - Handles League of Legends(300+FPS), Fortnite, Assassins Creed Odyssey, Fallout 4, CoD 4, Guild Wars 2 and pretty much anything else you throw at it on Ultra easy with frames well exceeding in certain games 300+ SSD - For fast windows startups HDD - For app, game, video, photo, document, etc. storage. -Very quiet, all I heard during initial startup was plate spin in the HDD, that is until I installed my loud 120mm fan to the top of the case heh. -The interior setup and overall appearance are beautiful, smooth, cohesive, roomy for upgrades.

Cons: -Front 2 fans blow into the right hand side of the case to cool the backside of the motherboard and SSD/HDD, I found this very neat, though the slots for ventilation seem slightly small, not really a con, just a meh. -I had to tighten the WiFi connection ports on the PC to prevent the antennas from twisting the cords on the inside, no big deal, just a little bit tighter is all they needed. -While installing a new fan, I felt the urge to check the processor fan and be for certain thermal paste was applied, sure enough it was, but it had not yet spread evenly across the CPU after multiple gaming tests and 2 benchmark runs as well as game play runs from Assassins Creed Odyssey; of which did heat the system up fast giving me cause to install a spare fan I had and leading to this. I replaced the thermal compound after cleaning off the factory compound and seeing a burn mark on the copper heat sink between the old compound lines where it had not melded together, so it was a good call to check I guess, no big deal. -Lastly the heat sink fan itself and the fasteners are... interesting to say the least, but gave a bit of anxiety during re-installation upon the CPU, the wobbly though adjustable pins had to push through the board on all four sides evenly and need to be twisted from the top of which pushed a prod of sorts down flaring out the sides of the pieces on the backside of the board anchoring it in place. The alignment and even pressure to secure the fan was slightly irritating, adding to my thought earlier of replacing it with a liquid cooling system.

Overall Review: I would recommend this at the current time because of the capability and performance offered for the current discount price. -Back after about a week, so far so good, I do have to say the CPU cooler needs to be replaced. -RTX 2070 was made in Taiwan, nothing against that. - During installation of a secondary Graphics card It didn't go so well, the HDAUDIO cable is directly in the way of the fans, this either a single fan card on the thinner side would work i'm sure, not a GTX 950 ha. -Just invested in a 3 yr protection plan because I still like the overall performance of the PC, though weary and playing it safe.

Pros: Amazing speed, this computer dominates really tough games like Escape from Tarkov and BFV. It's a whole new world of gaming.

Cons: The heat sink was only half on fresh out of the box, two of the pins on the sink that clip into the motherboard and hold it firm against the cpu were un-hooked, and the thermal paste that had been applied was dried and flaky. Terrible job. Luckily I already had my old Evo Master 212 Hyper so I threw that on there and it works like a charm. Fast forward a week and after I turn the computer off, the fan lights and power button flash and the fans attempt to spin. In this state the computer cannot be turned back on. I have to completely unplug the machine for a few minutes to be able to boot it back up.

Overall Review: If it keeps doing this I am going to try and return this thing. This is my first pre-built machine and I just want the thing to work as it has insane potential, but the pain doesn't seem worth it.

Manufacturer Response:
Dear Kyle S., Sorry to hear about your experience. We always recommend you contact us as soon as you run into any issues with the PC. If you are still experiencing this issue, please do not hesitate to contact our tech support agents so they can assist you further in this matter. Tech support: (888)937-5582 -CyberpowerPC Support