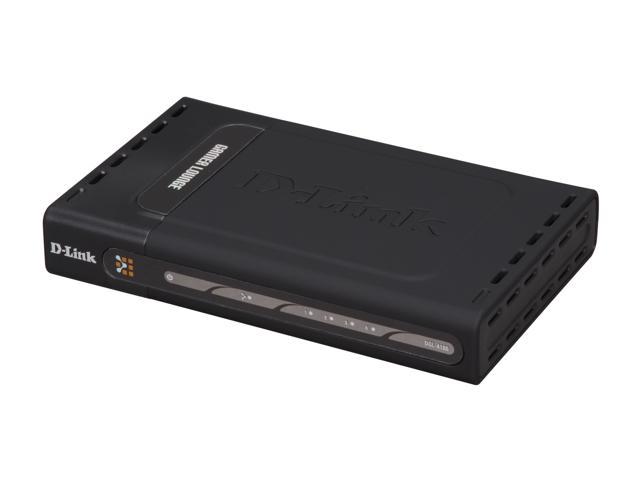 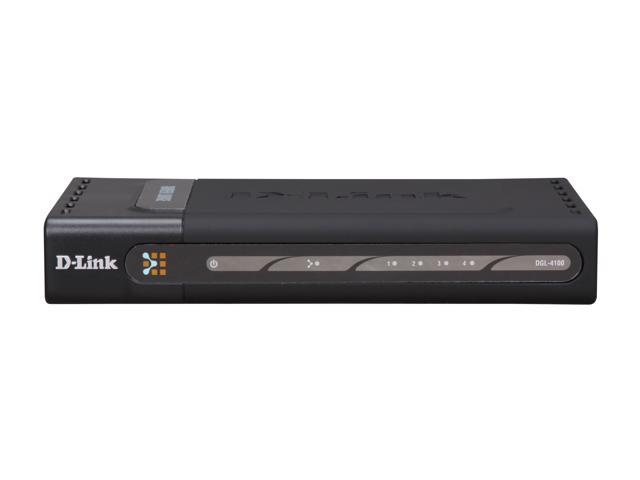 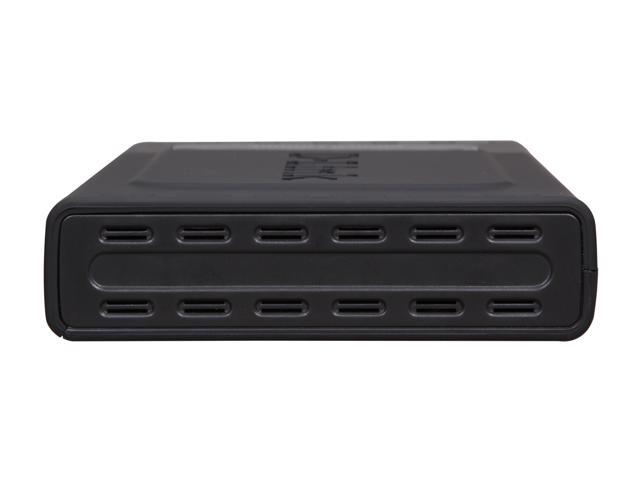 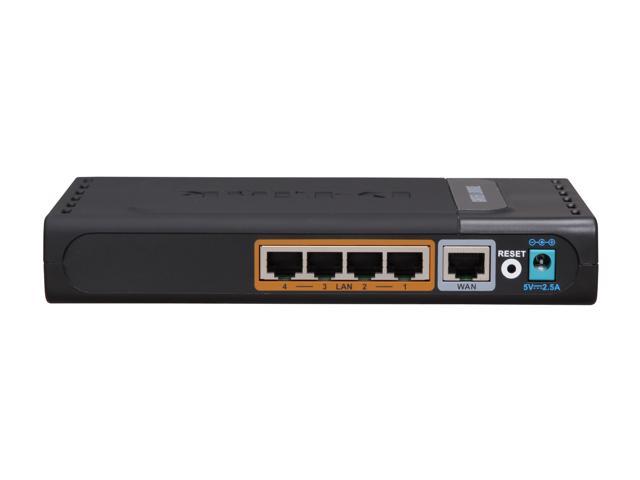 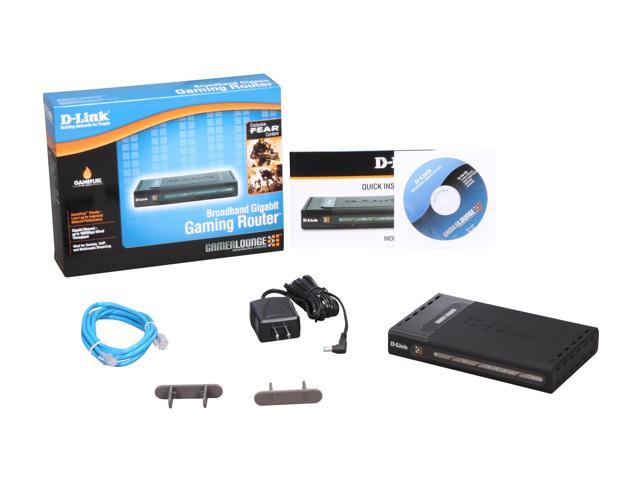 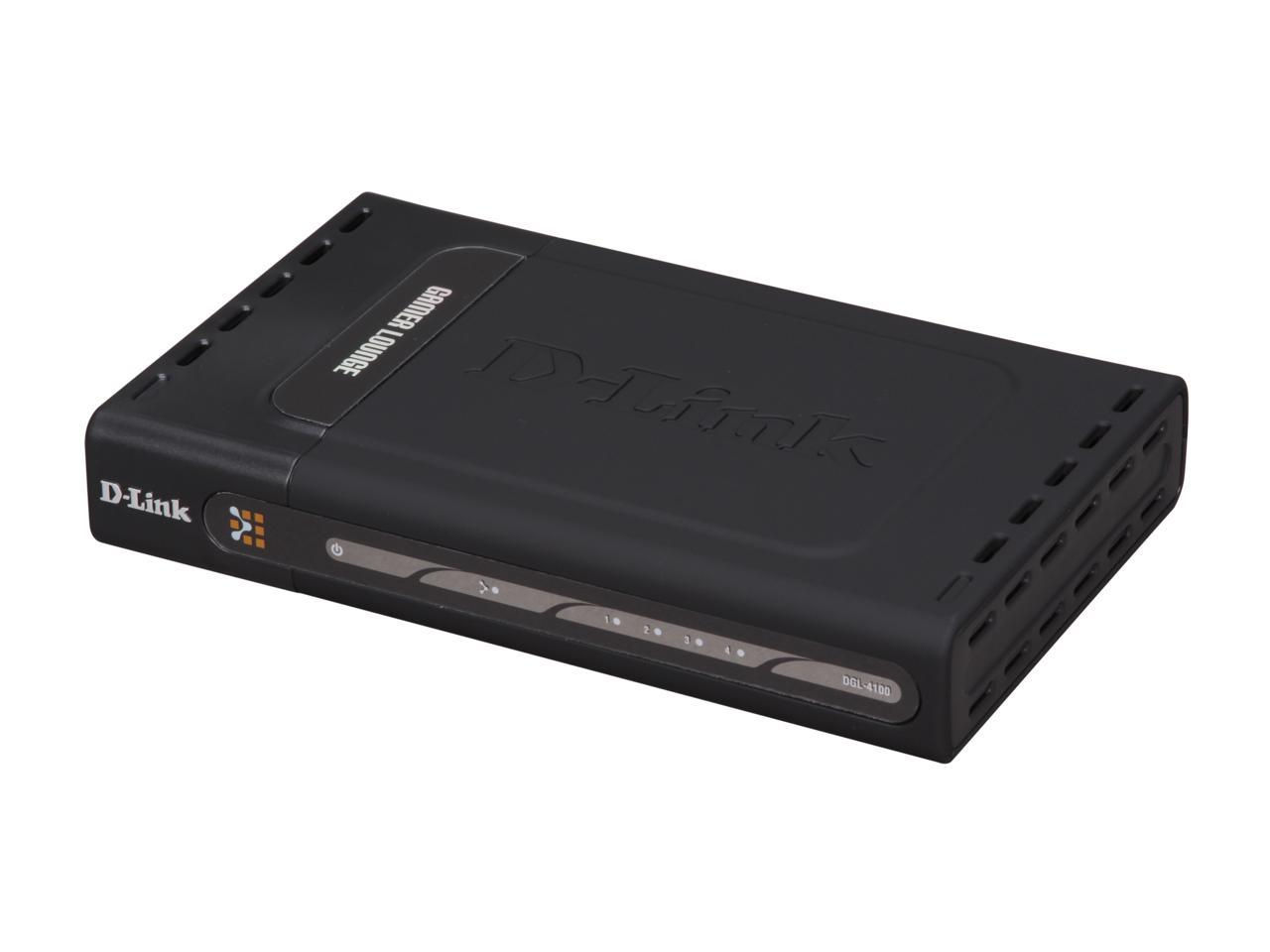 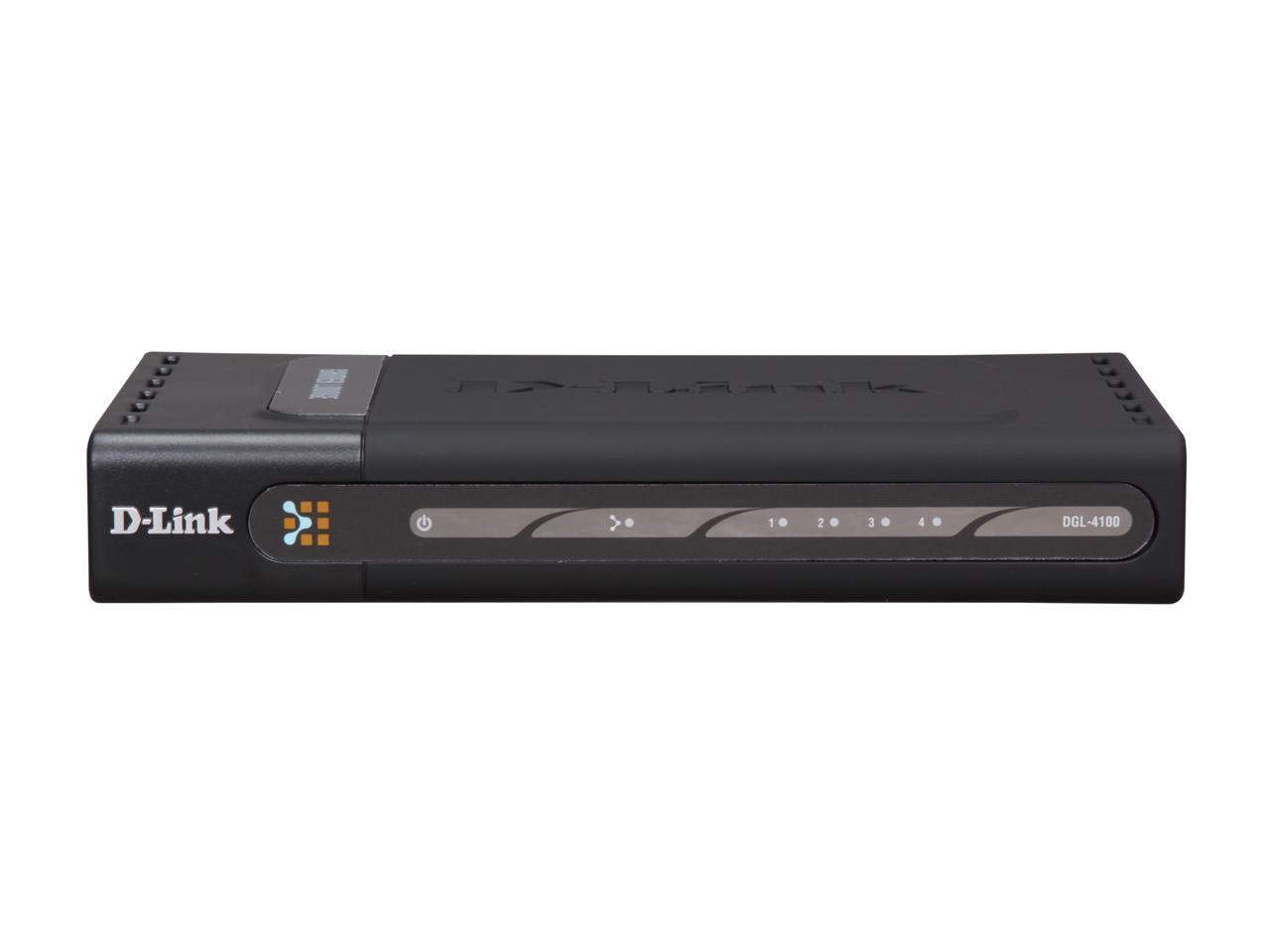 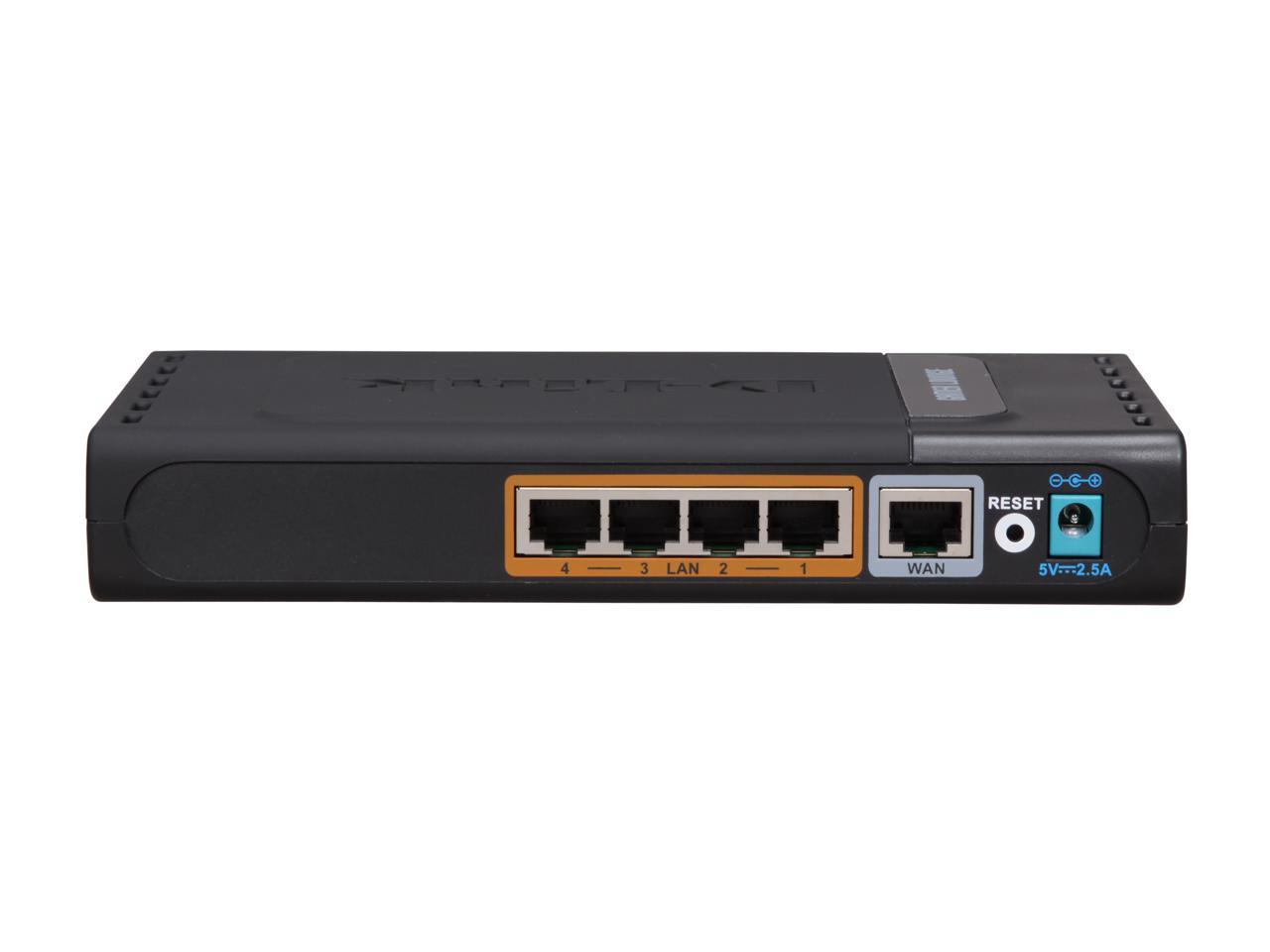 (595) Write a Review
OUT OF STOCK.
Specs
Reviews

Pros: I see too many people buying routers for gaming without having the understanding of what is needed in a router. Many of the routers out there do not support enough sessions. Online games stream their data out in many small bandwidth sessions, this is extremely hard on many routers, they may be able to handle the bandwidth but can't handle the sessions. This overloads the memory of the router and results in frequent disconnnects from a game. Add to this voice and you can see how this can become an issue. When you buy the lower end routers its pot luck if it will work. This baby on the other hand, it'll take anything I can throw at it from home. 4 online games at once with voice also, and not a hiccup.

Cons: Doesn't have an admininistrator password by default for security. And I can't seem to change the administrator account name. A good security policy. You also need to download the latest firmware and install it before it will work. (nothing that major) Documentation though is lacking.

Overall Review: Before you buy a router, you do need to learn the difference between sessions (aka number of connections) and bandwidth. Too many routers will claim high bandwidth but not support the sessions needed for your use.

Cons: The LED's are very bright. They light up the entire room. All of our neighbors are 85+ and they spent 6 months speculating about the "blue room". Now that we told them it is our router, they speculate what a router is.

Overall Review: I bought this cuz our old wireless router bit the dust and our launch 60gb PS3 never connected to it well anyways. I replaced the comcast cable modem at the same time and now speedtest.net shows 23mb down/3mb up from any computer or ps3(b4 update when you could connect to ST.net with the ps3). We have two ps3's, a launch 60gb and a 1st gen 40gb. Downloads from the PSN store are a solid 1mb/sec with both ps3's downloading at the same time. We rarely get lag and the only time we have is on BF:BC(EA servers). We were regularly the host on COD4 online and never had lag issues.

Pros: Excellent performance and stability! Mine has been on the job 24x7 for over 10 months now. Still working GREAT with my Game Server and GameFuel prioritization is a definite plus. I've been using the v1.7 Firmware right from the start without any problems. The Gigabit LAN works flawlessly and FAST!!

Overall Review: If you don't know what you're doing then you may find it difficult to configure. The more features a device has (and this one has many) the more complex it can be to configure. If you define a prioritization GameFuel rule then *expect* it to take precedence over other traffic - that's what it's for! More than 4-ports would be a plus (8 would be sweet). Don't couple this thing with cheap NICs and expect it to work - if it does, then great, but if not, get some good NICs (you get what you pay for). I've not tried many but so far have had great results with the Intel Pro/1000 GT NICs and Realtek's 8111B (Gig on-board) NIC. I'm sure other quality NICs will work fine as well.

Pros: If you want a Gigabit connection (and if you have the 10/100/1000 NICs and Cat6 cable to support it) this is about your only option under $100 USD. -Easy to set up basics (like the internet connection) -Intuitive and feature-packed browser-accessed GUI for setting up advanced options -Very customizable (change IP address range, forward ports, set up a virtual server, set the DHCP to always assign a given MAC address the same IP address every time, etc.) -Great for gaming (many game port rules built in, other can be easily added) -Can by connected to WiFi routers (with DHCP turned off) or WiFi access points I ordered one of these to use in my parent's house (Dad works from home and is tech-savvy so a Gigabit connection would be nice for setting up a media server and whatnot.) Note that we also ran Cat6 cable throughout the house to take advantage of the Gigabit. It is working so well that I think I might buy another one for my house to replace an older wireless router.

Cons: Nothing major, but a few things to note -Firmware is old (ships with current version, which is version 1.7 2006/09/15) Note that this doesn't seem to cause any problems at all, I would just feel better if the firmware were a bit newer. -Only 10/100 WAN (Might not cut it if you have a T3 line or something but it works just fine for our ~25 Mbps Comcast Cable connection) -Only 4 LAN ports (I wish they'd make an 8 port version, but alas nobody else seems to be making a reasonably priced Gigabit router these days, let alone one with more than 4 ports.) -Rebate takes a long time (I haven't sent my form in yet but looking over the small print it looks like it could take as long as a few months. Even without the rebate, though, it's the best price on a Gigabit router that I've seen.)

Overall Review: Before I ordered this we had looked around at some routers that have built in VPN support but they were generally at least $200 USD. Just so you all will know, it is possible to set up a VPN with this router. I've done it, and here's what I did: -Got and installed OpenVPN (I used the Windows GUI version on a desktop running Win XP SP3) -Configured the Client and Server config files, including signing up for a dyndns.com account (The how-to on the OpenVPN site gives you most of what you need; this is not exactly easy) -Set this router (DGL-4100) under Basic "Add DHCP Reservation" to give my desktop the same IP each time. -"Add Virtual Server" under Advanced to forward 1194 (by default) to my desktop -"Add Game Rule" under Advanced to allow UDP on port 1194 (to be safe, this might not be necessary.) -Under Advanced->Firewall set "NAT Endpoint Filtering" UDP to "Endpoint Independent" -I also had to uncheck Wake-On-LAN because it was interfering So yeah, be aware that this can

Pros: This is an amazing router I have purchased here at Newegg.com. Been running it for over 2 months now with my roommates(who love downloading 24/7) and i never seem to feel an increase of ping or lag when playing my online games. I recommend this router to any gamer who lives with people that like to hog bandwidth.

Cons: I didn't get a gift basket with fruit or chocalate... as for the people complaining about the lights, stick it in another room *boom* probelm solved.

Overall Review: The weather is extremely nice on labor day weekend in Washington... which has never happened in my 23 years of life.

Cons: Nothing too serious... Lacks configuration options of a full firewall.. but that's expected (see below).

Overall Review: I've been using this for 3+ years, playing online games, running torrents, streaming vids, etc.. It also serves as my main home ethernet switch. Great performance all around. My main technical complaint is that its firewall does not allow ICMP packets outbound, even legitimate ones. For example, outgoing Destination Unreachable packets from my torrent machine get blocked by the DGL-4100 when I shut down my client/tracker, which causes other hosts in the swarm to continuously try to reconnect for me for hours since they can't be informed that I'm no longer running the torrent. I can't blame D-Link for this, as "conventional wisdom" is that all ICMP is a security risk -- but in reality, some of it is very important for keeping the network flowing smoothly. ANYWAY, this is a great router/firewall box ... it doesn't have the configurablity of a full-blown firewall, but I think it's perfect for home use, and it performs well.

Pros: Flawless performance for over 2 years now. Love the blue lights. Running 3 Netgear 10/100/1000 switches off it, Windows Home Server on one of the switches. Lots of configurations... to stay away from. Doing Port forwarding for the WHS. Just set it up and let it run. Best Internet speed PDX to SEA 62.0 Mbps, PDX to LAX 48.5 Mbps using a Cable Modem with 30.0 Mbps service at 11:30 PM. Best intranet speed over 35KB/sec (it's my gear that is slow). Thinking of buying another as a backup when this one fails, I run it 24X7X365. No problems. Wish more electronic gear was like this.

Cons: This Router does not do Jumbo Frames, not many will. Send the Cat-5 cable back to D-link, maybe they'll get the hint.

Overall Review: The Cisco Small Business RVS4000 10/100/1000Mbps Gigabit Security Router with VPN is a pile of junk and the support people... "Help you may I", "Hold Please". Rookies. Bought a brand new one, not from Newegg, spent 3 hrs with tech support to figure out it's defective. Got an RMA from the Cisco dudes, sent me a scratched, refurbished with old firmware. Same problem returned. 3 more hrs down the drain. Spent 1 hr trying to get them to pay the shipping, don't bother they won't. Buy the D-Link DGL-4100.

Pros: First of all, I don't know how people can claim that this router somehow will make your internet bandwidth double or more. You get a rated speed from your internet provider and they cap it at what you pay for. If you are plugging this router in and getting more speed, you probably a.) tested your network when something else was running previously b.) tested on poor servers or c.) your internet connection was never set up properly to begin with. That being said, this is a nice router for the price and it prioritizes packets for online gaming a bit better. In my own tests, I only gained VERY slight improvements that were consistent with what I pay for internet wise and ping wise for copper cable technology. It's nice that in the Port Forwarding list it shows your current connections that are hooked up and has simple drop down boxes with pre-configured settings for Xbox Live, etc. Saves time when running 3 computers plus a Xbox 360!

Cons: I guess you could say that it's wired only with four connections. That is pretty much standard for a wired gaming router though. Also, this model came out five years ago, so firmware support has dried up for it. I'm not too concerned over that as I only care if it ships with the latest firmware that runs for the router with solid reliability.