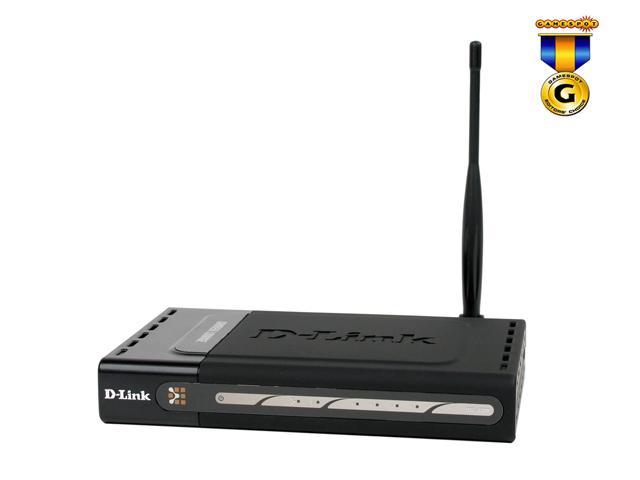 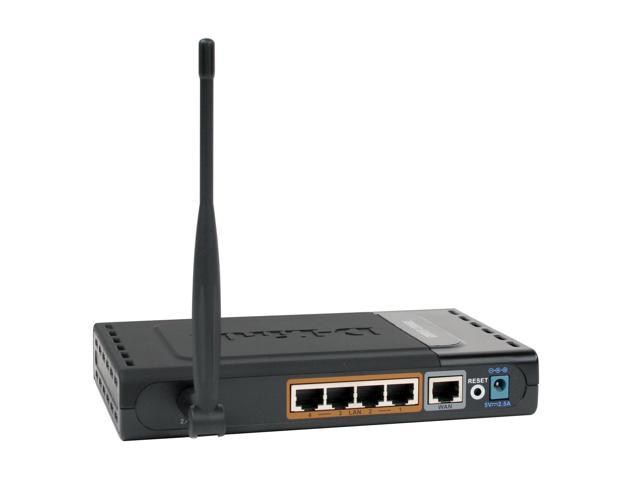 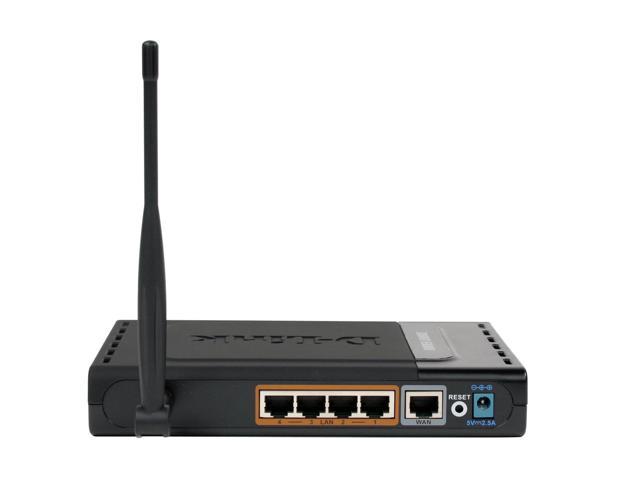 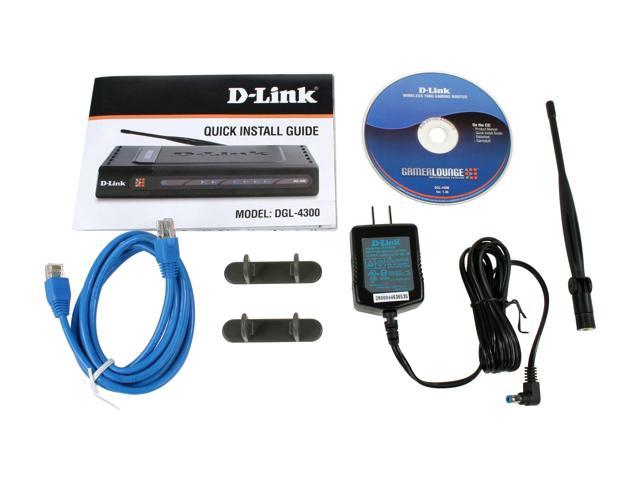 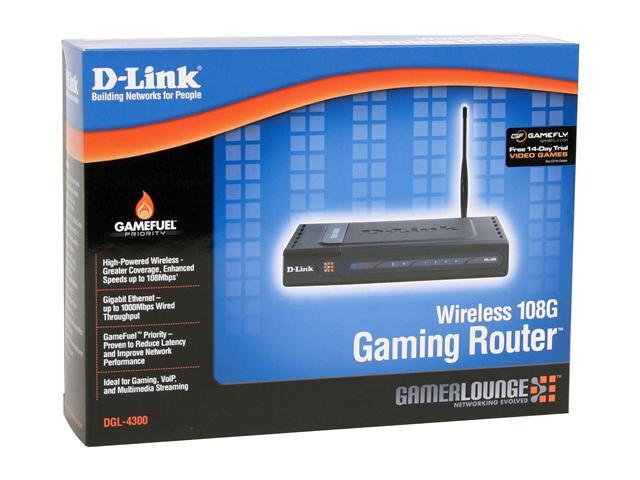 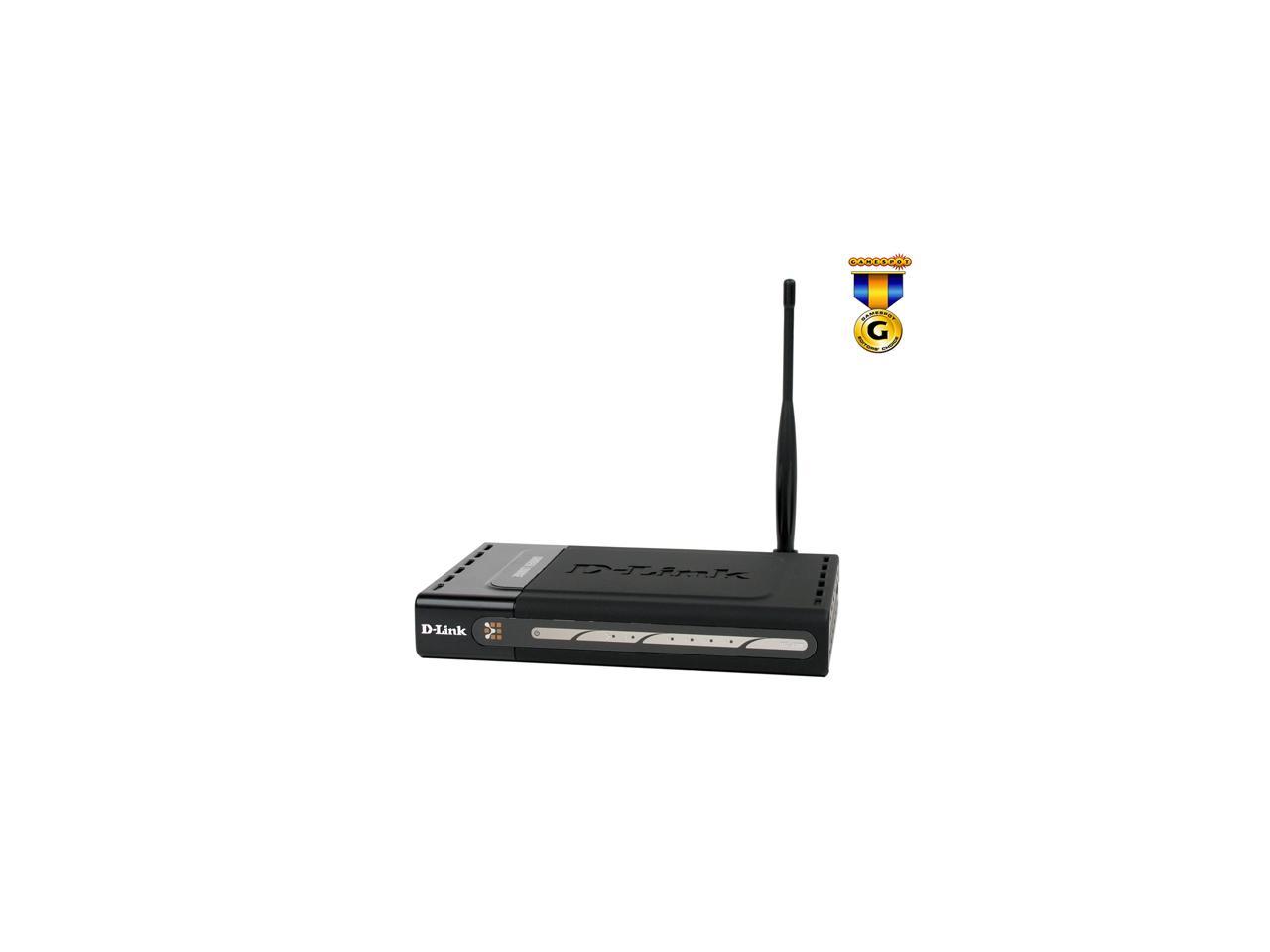 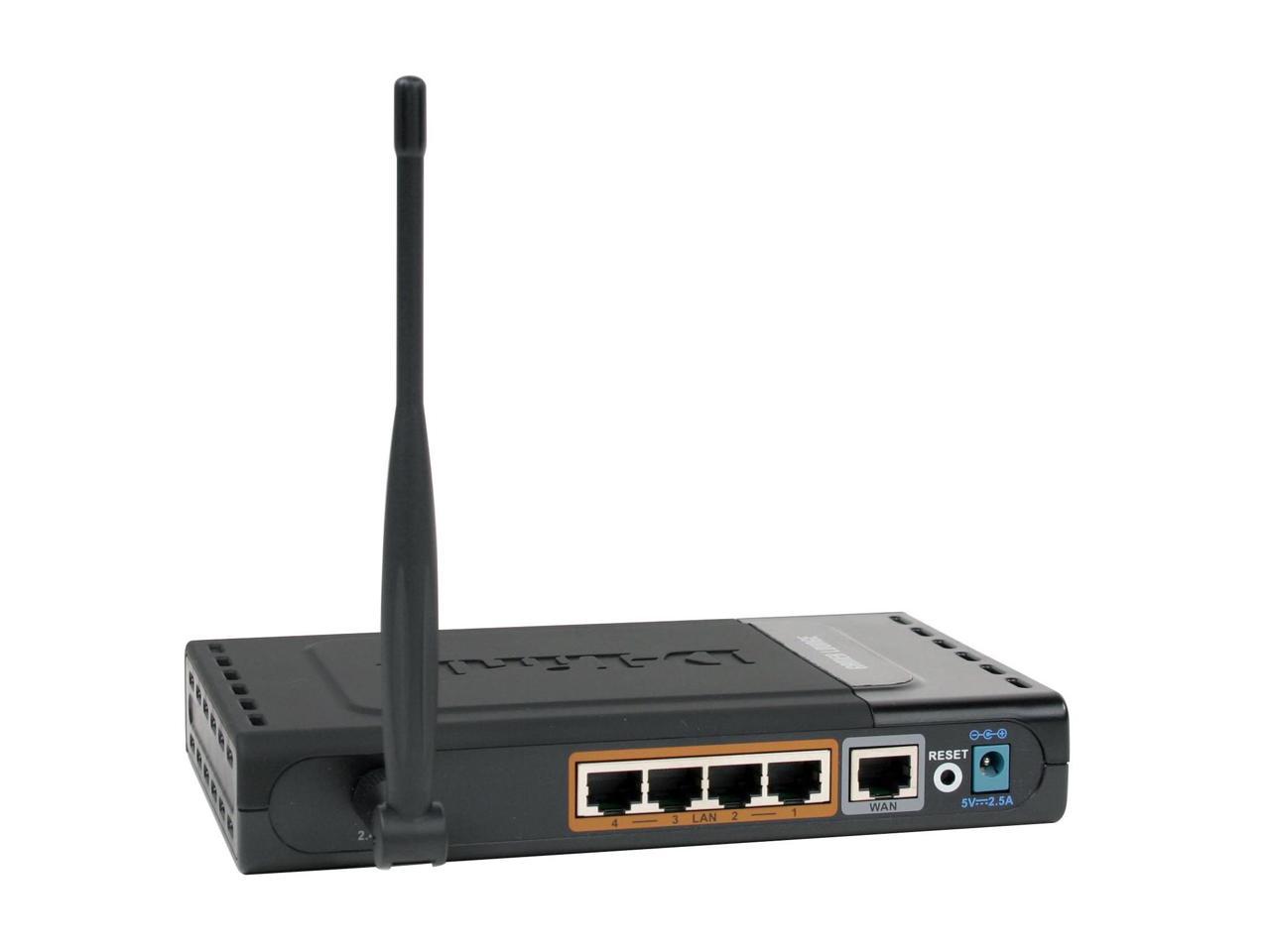 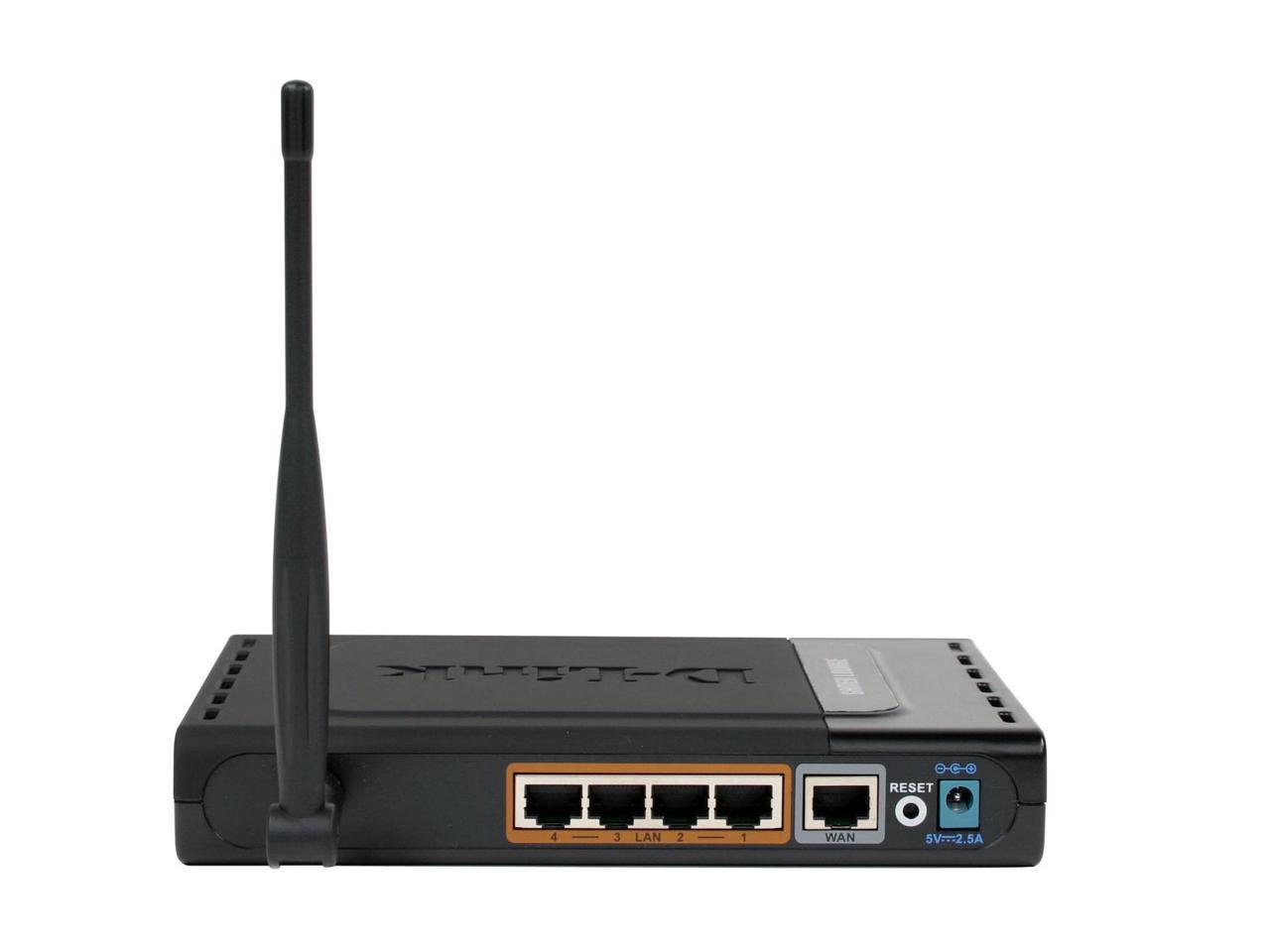 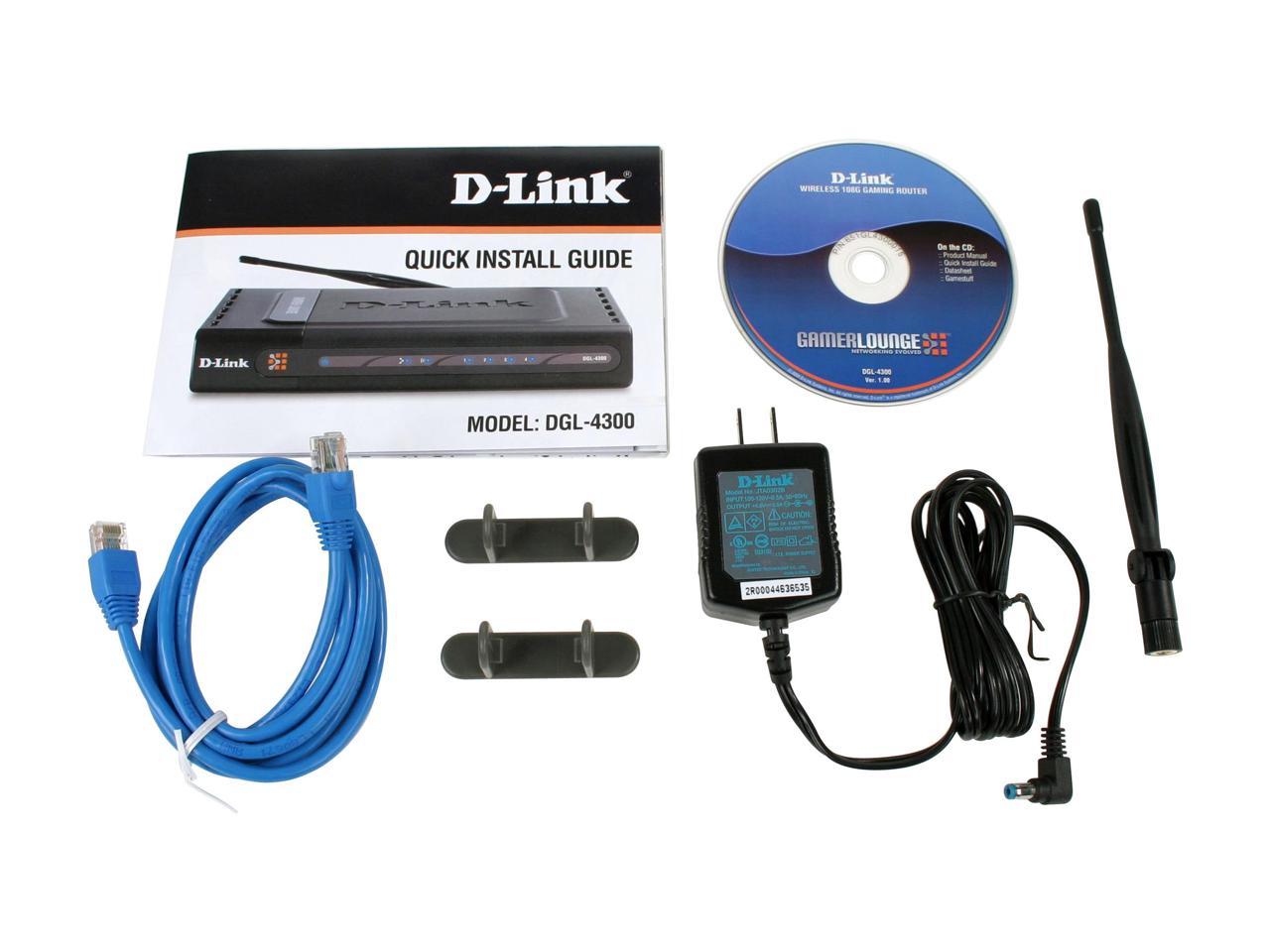 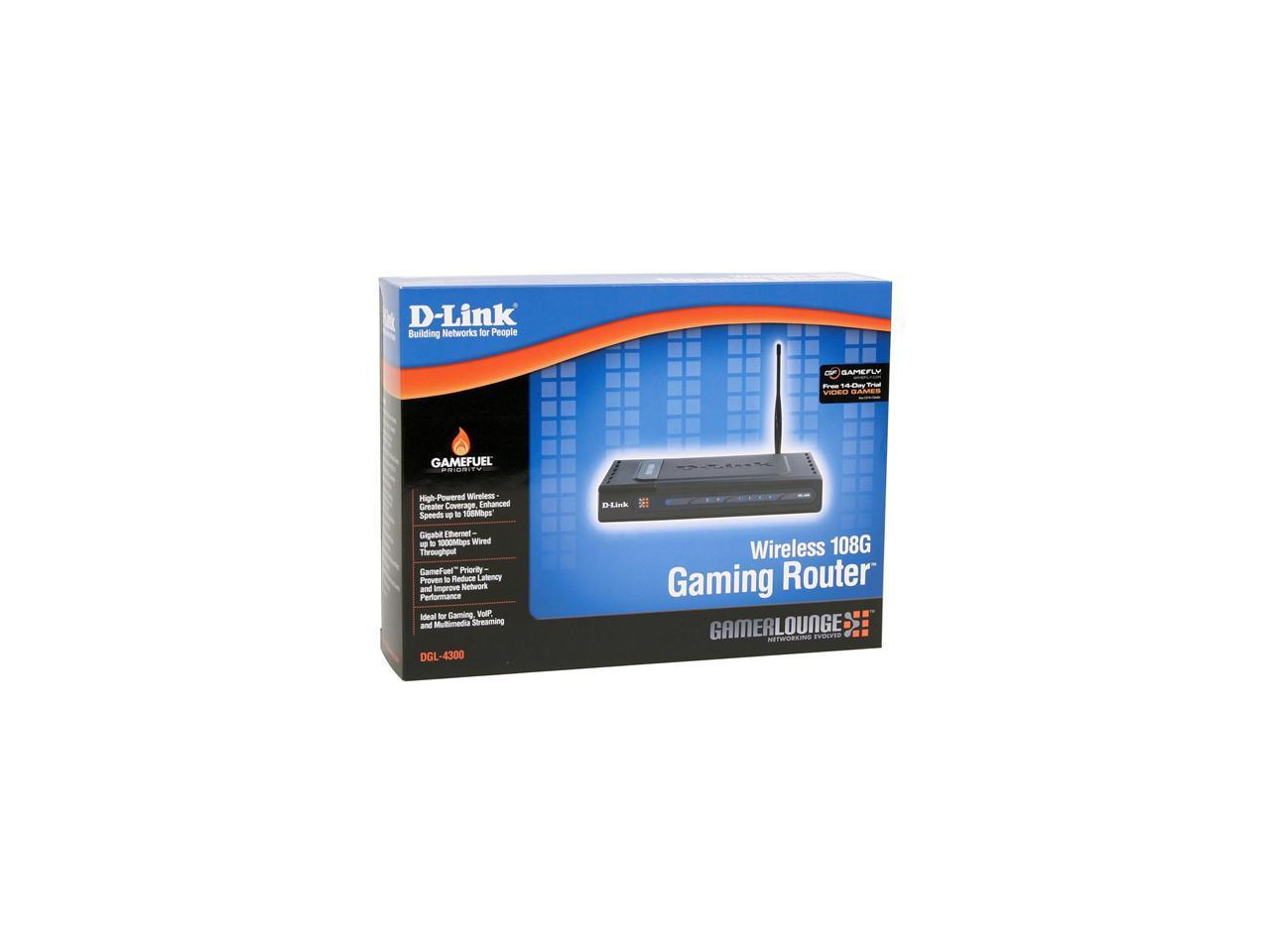 (848) Write a Review
OUT OF STOCK.
Overview
Specs
Reviews
If you've got more than one computer in the house, sooner or later, you'll probably need a local network of your own. And if you've got a gamer in the house, they'll want all the high-speed bandwidth they can get. Time to get a router where even the wireless runs at 108Mbps.
With four wired ports capable of running at 10/100/1000 Mbps and optimized for the gaming fan's needs, this router can feed your greed for speed. Not into games? Well, it should still do fine for heavy bandwidth applications like distributed video, while allowing your laptops the freedom to roam wherever your lap goes. The reverse SMA antenna is also removable so you can change it if you need to.
Is this the wireless router for you? Only you can decide that, but remember, we'll be waiting right here when you've made up your mind.

Pros: Excellent, configurable Firmware. Outstanding (really outstanding) Wan-To-LAN thru-put with Firewall on. This is extremely important if you have a really fast Cable or FIOS connection. With many routers you are leaving performance on the table due to limitations here. 10/100 mbit WAN port does not mean 10/100 performance. With this router, it does. Gigabit Switch. Wireless works great. FAST FAST FAST! If you are after high-performance, configurability and features, this is the one.

Cons: Gigabit port does not support Jumbo frames in firmware. Hardware is capable, but DLink has not enabled. Some features require you to work via MAC Address. While this really isn't a problem, you need so survey your network devices and record them. It's not a big deal, and something you probably should do anyway. While not really that difficult for more experienced users, the outright wealth of configurability in this router may be daunting for some users. However, the built-in help is excellent (for a router) and you should be able to figure it all out. Not really a Con, but it is a reality. Don't let it scare you away from this excellent product.

Overall Review: Gaming router? Maybe. But I could care less about that. This is the best SoHo router I've seen short of spending 5 times this much for a Cisco or Zyxel, and those routers don't have near the performance of this one. The Gaming features are really just well implemented, high-end QoS features (with different names), so don't let the 'Gaming' tag of this router deter you. This is NO TOY! This is a high-performance, highly configurable router that will take care of all your SoHo needs easily. The only reason you should not consider this router is if you need inbound VPN connections. Speaking of VPN, outbout VPN pass-thru connections work great and are fast. One thing to keep in mind. If you are using an IPSec based VPN client that supports NAT Traversal (such as Checkpoint SecureClient or SecureRemote), you will actually have to turn OFF the IPSec Pass-Thru option in the Firewall settings. That's a bit counter-intuitive and had me tripped up for a while.

Pros: 1) Excellent quality: The antennae is better quality than other standard ones I've seen and the box itself is solid as well. 2) Easy administration: I've yet to find such a configurable router with such detailed help. If there's something I can't find out there's always websites out there that can help fill the gaps, D-Link's support isn't bad either. 3) Gamefuel: Gamefuel is a great QoS type feature that will ensure your games, VoIP, or whatever else you want to give preference to gets it, even when you run them all simultaneously. Just set your priorities and sit back. 4) Automation: great update, notification, and other automatic features make it simple to keep on top of any changes/problems with the router. 5) Gigabit & Wireless G Turbo: You've got plenty of bandwidth no matter how you connect to the router, so your time to upgarde again will be pushed even further into the future. 6) Security: WPA2 functionality is welcomed, and you can even go Enterprise/Radius if you want

Cons: None that I've noticed. There are a few things to keep in mind that other posters seemed to have missed or not truly understood: Gamefuel works with your existing bandwidth, so if your cable connection resets itself and has trouble working itself back up to its' full speed then Gamefuel will autoatically adjust to the lower speed (i.e. a power outtage or cable/dsl outtage). Gamefuel will not know to reset itself once the connection is working properly again so it will be necessary to reboot the router/cable modem to ensure maximum performance. Again this should be common sense and I'd recommend doing this automatically anytime you know there's been power/cable/DSL/etc. problems.

Overall Review: I can't tell you how pleased I am with this router. Having used it now almost 1 year I've had 0 problems with it outside expected issues which are easily remedied. I can't say the same about previous routers I've owned over the years from other companies and even from DLink itself. It's definitely a cut above and well worth it for anyone looking to take their games/VoIP/etc. to the next level. Do your homework and read up on the settings and how to optimally configure it for your network/connection/desires and you'll be pleasantly suprised with the results.

Pros: It took me only 15 minutes to set up and it is my first wireless router. I have had absoultly no problems with connections have it set up with my Nintendo DS and laptop working perfectly. GameFuel technology also works great to bring down your ping mine was on average 198 in WoW but now is constantly near 80.

Cons: price is still high for people who may not use GameFuel.

Pros: Allows both XBOX 360s in my house to be "Open NAT" Amazing interface Easy to follow set up Great QOS

Cons: That I didn't buy this before my other 3 routers I went through to get Open NAT on twin 360's

Overall Review: If your a console gamer, a PC gamer, or just want a great router to do traffic control, this is the one to choose.

Pros: I bought this back in Feb. 2006 so I can lower my ping on CS:S, this thing is awesome. Also makes WoW latency much better. Downloading torrents is so much faster, webpages pop up faster. I was able to connect my Xbox 360 and connect to my PC through Media Center. Now I can listen to music, look at pics or watch movies through my 360.

Cons: Nope: but See "Other Thoughts"

Overall Review: It's not a Con of the product, but a Con on living in Las Vegas, because of our dry weather and the location of my house at end of a cul de sac, my wireless gets a lot of interference from other electronics devices in the home and from my neighbor's homes. So there will be times where my signal to my other computer or laptop, that is on the other side of the house, will sometimes not be very strong. Heck, I have similar interference issues with my Craftsman's garage door opener. So I can't blame D-Link at all, this is the best router on the market!

Pros: Spectacular speed. The gigabit wired switch is the goods! I needed the throughput and I got it here. The wireless was just a bonus, and what a bonus it was! Very fast and strong. I am in the backyard with 3 or 4 bars at about 80 feet through 3 thick plaster walls. And that is with a built in wireless card.

Cons: About 5 months into use, the router heated up way to hot to the touch. It started to reset itself every minute or so. Prolly should have stood it up in the first place, not laid it down. Now runs great after standing it up with the included stands.

Overall Review: Blue LEDs go great with my theme, and are very bright. That could be a pro or con. They are a pro for me.

Pros: This is the best router I've ever owned. Had it for almost 3 years now with no problems at all. I think I've had to restart it twice and once was for a firmware update. I bought it specifically for the Gigabit LAN ports. The firewall and port forwarding features are great.

Cons: No bandwidth limitation settings other than there is an upload limit setting but it applies to the whole network.

Overall Review: It's definitely worth the price over a regular $40-50 router

Cons: Even in a well ventilated, hooked up to UPS, WAN port grounded, this bad boy picks up heat. Unit died after 1 year and a few months, under regular usage (WAP on switch / DHCP host). Warranty is short for such a fine product.

Overall Review: LEDs are to bright, lights up my server room at night, no need for a night light, I get blind looking directly into it (this can be a con or pro, you can decide). I thought I was the only one with a dead Dlink DGL-4300 router after a year, I guess not. You would think for a router with a price tag like this would come with longer warranty. Designed to Die.