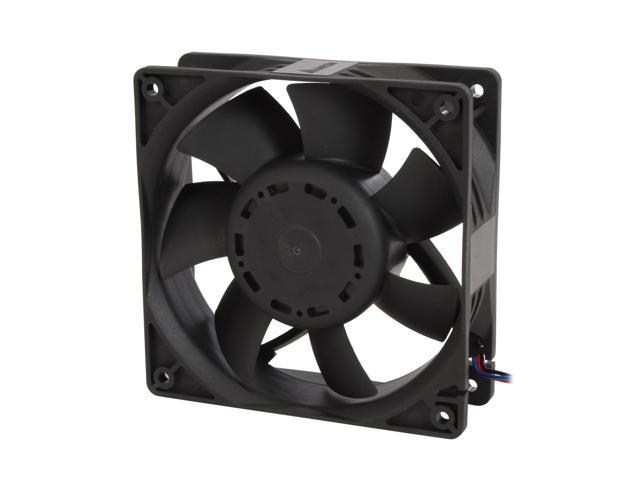 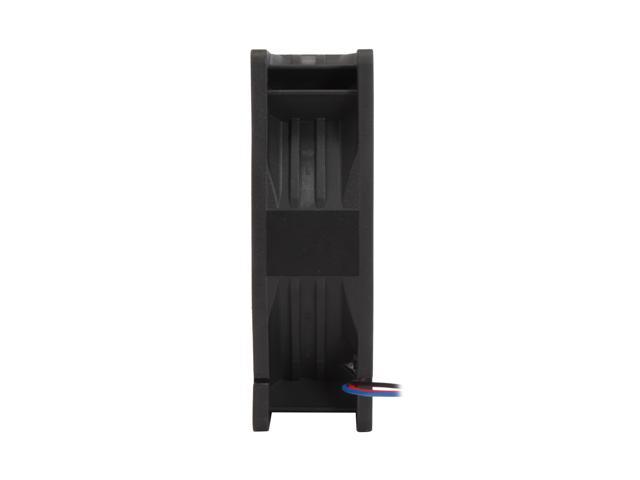 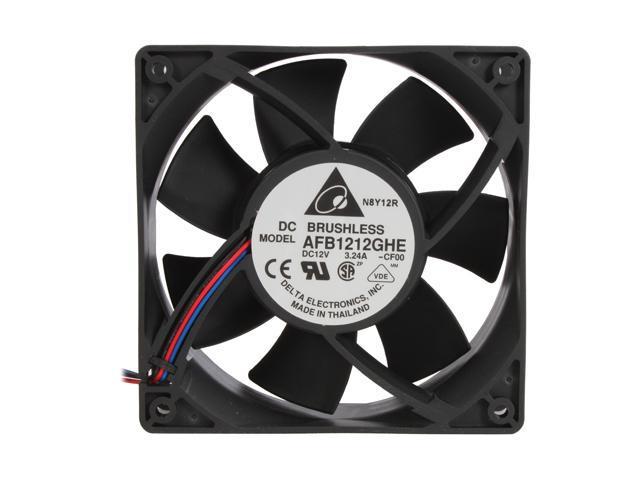 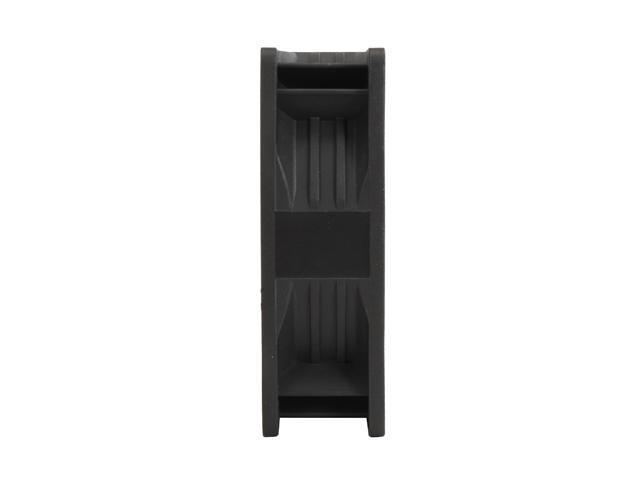 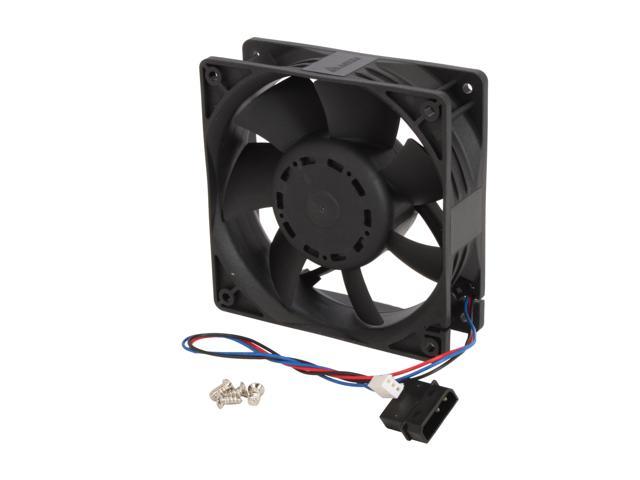 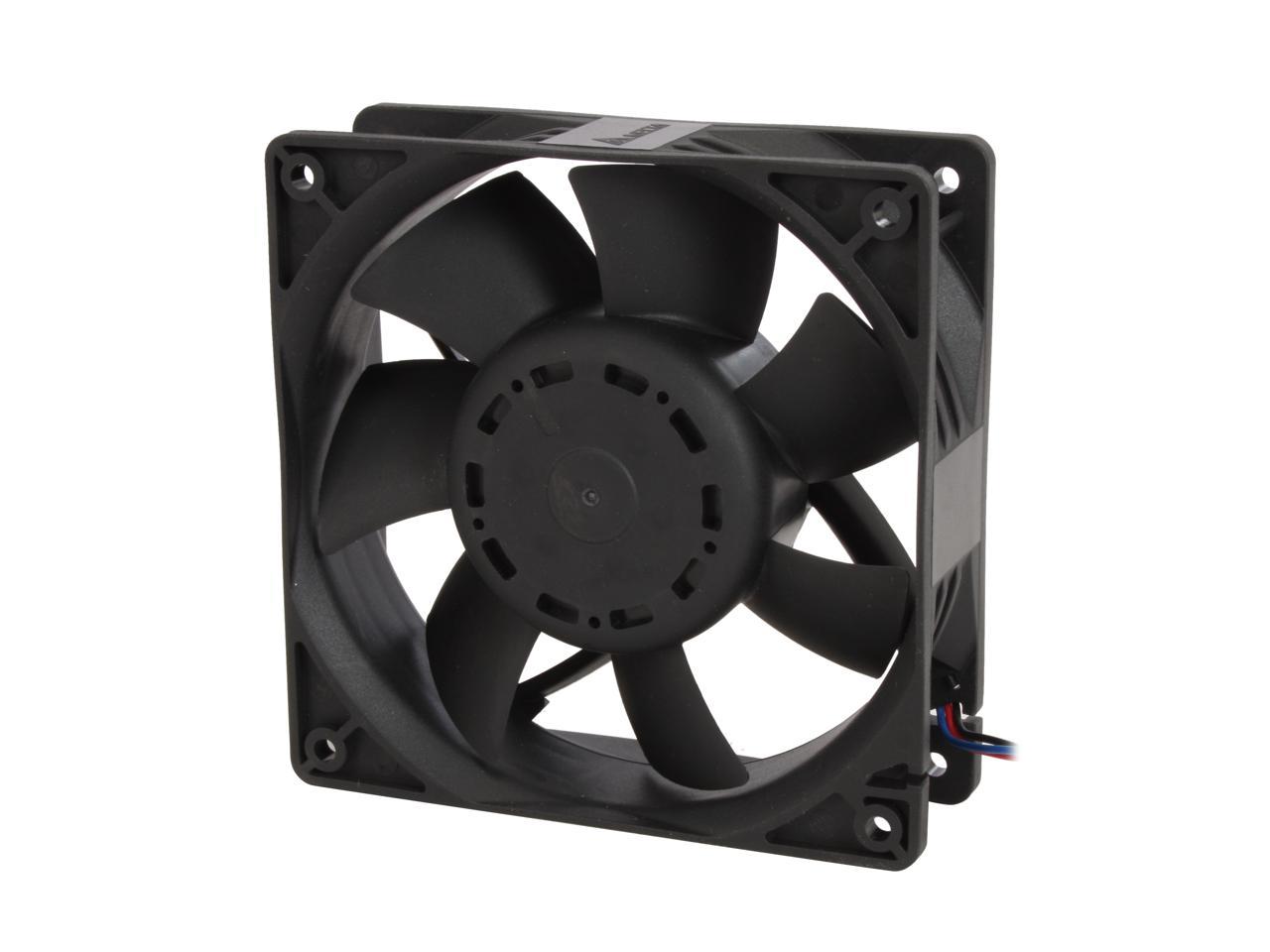 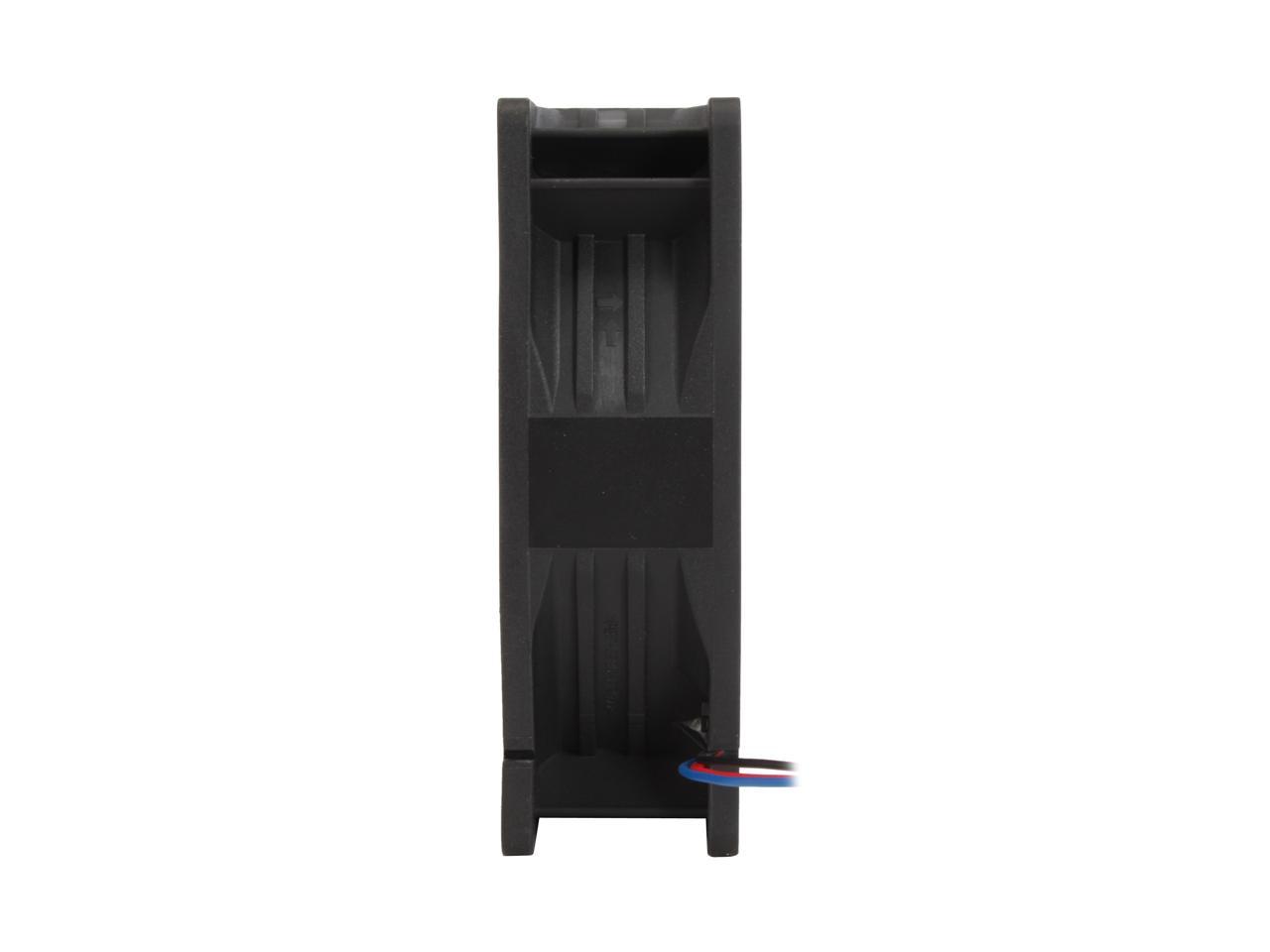 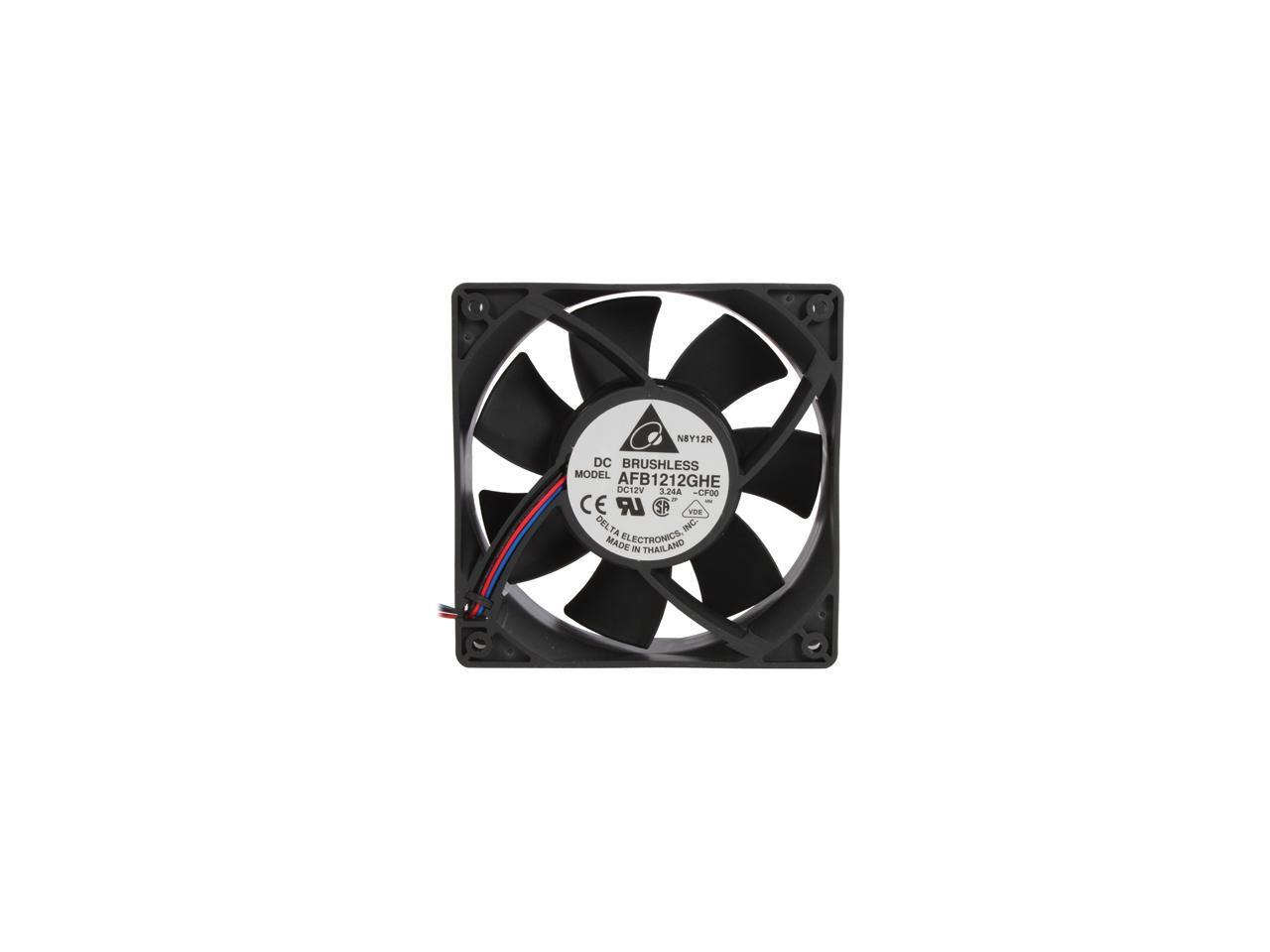 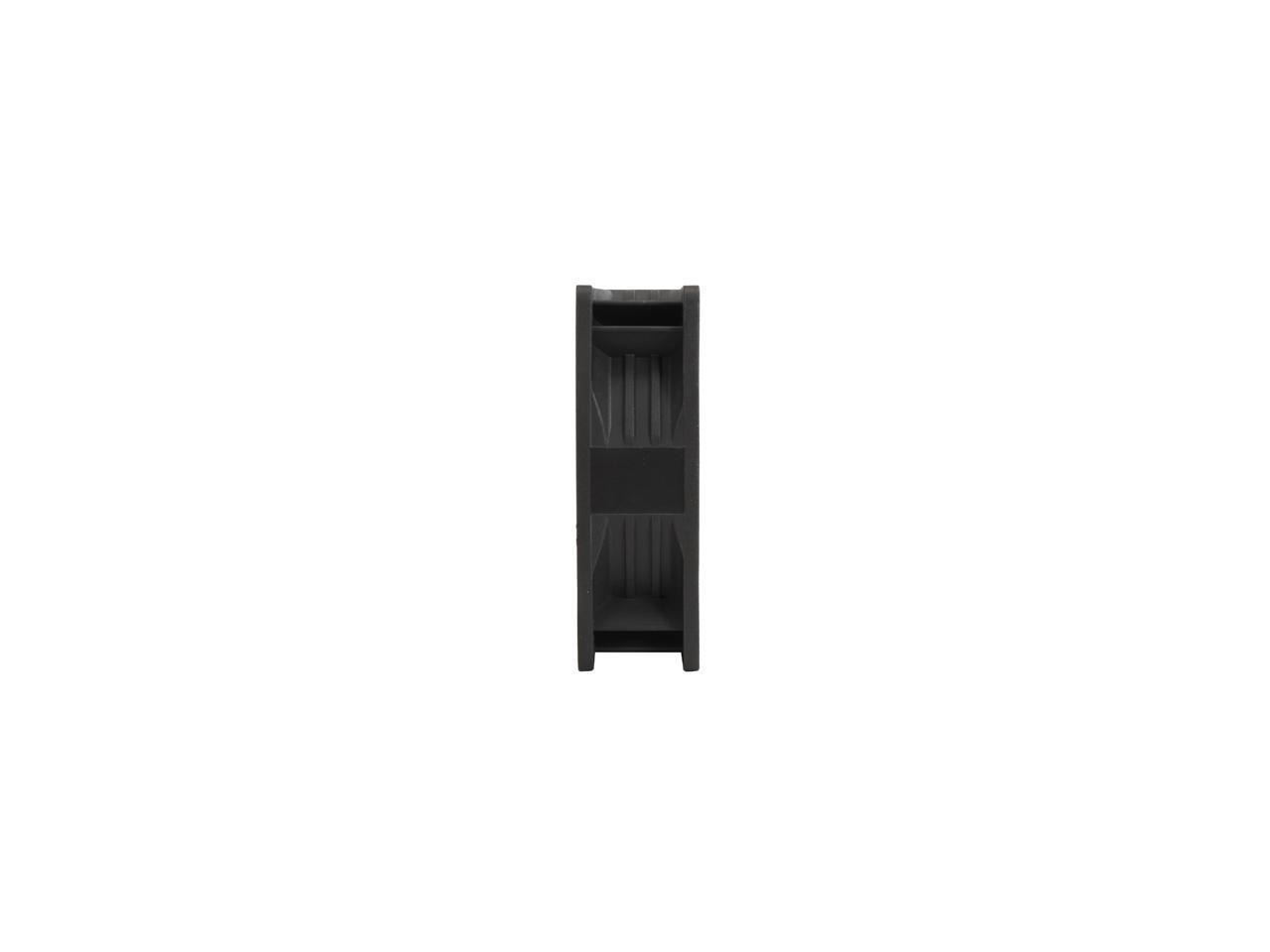 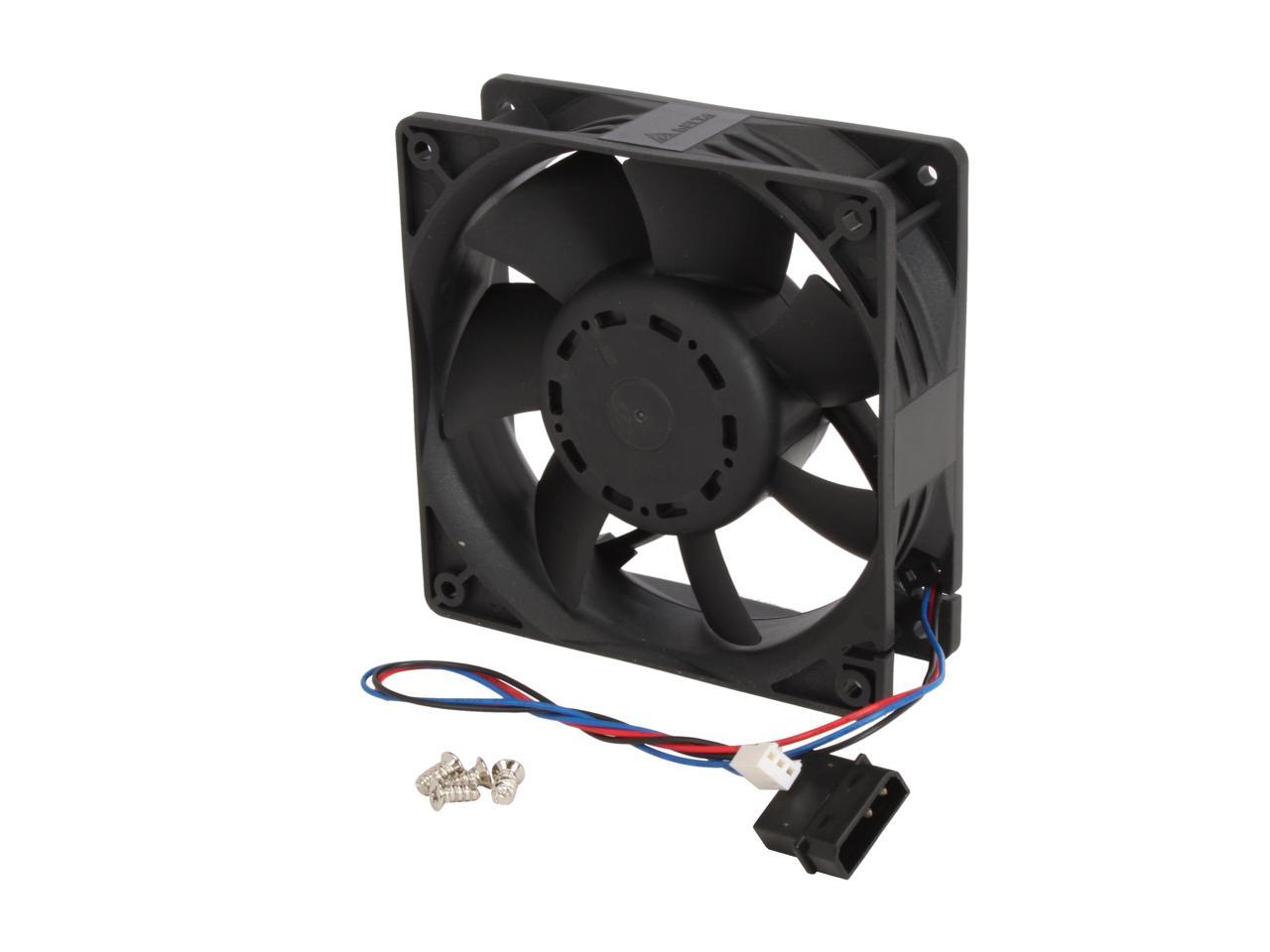 Overall Review: Who cares about noise, don't spend the 30 dollars on this if you want a whisper quiet machine because you are buying a hollywood wind generator.

Pros: 240.96 CFM of raw unadulterated airflow. If you are looking for a cat that purrs this is not for you. This baby stakes its claim as airflow champion by screaming at 62 dBA. This is its war-cry that will strike fear into the hearts of its competitors. Even that sissy vacuum you have will drop its tail between its legs and hide in a corner whimpering after it hears this monster from across the room. Sure you could buy a fan that is silent, one that conforms to the standard toy of a fan, the kind of fan that won't bite if you try to pet it. I am sure it will get along nicely with the world's propeller hats and pinwheels. Or you could get this beast of a fan that growls because everything gets too close. The kind of fan that bites if you get too comfortable with it. The kind of fan that would make a manly man grunt like 'Tim "The Toolman" Taylor' in satisfaction.

Cons: Despite it's airflow tenacity, it will not generate enough lift to make your computer fly. This is a huge con but since other computers don't generally fly I won't dock an egg.

Cons: thicker than other fans (my fault for not noticing, it says the width in the specs)

Overall Review: Had planned to put two of these in the front of an Antec 300 case but upon receiving them, I noticed they're 120 x 120 x 38mm instead of the normal 25mm thickness. Not really a con, just something I missed. If you plan on using these fans, make sure they'll fit! Also, if you plan on using a fan speed controller, make sure it can source enough current for this fan. The newegg details say it draws 2.45amps/29.4 watts but the sticker on the fan says 3.24amps (3.24A * 12V = 38.88watts).

Pros: It's powerful. High CFM / airflow. I have not found anything that comes even close to this amazing fan. Sucks and blows like no tomorrow. *snickers*

Overall Review: This fan is powerful. Powerful fans make noise. If you can't handle that, do not buy it. Having said that, I keep mine at 40% and they're more than tolerable, relatively quiet and just plain great. I'm using 4 as a push pull system and it works fantastically. 2 in 2 out, with 2 outs on my radiator doing even more cooling. Do NOT connect these fans to your motherboard. FAN CONTROLLER ONLY. Otherwise it draws too much power and is always 100% full blast. Fan controller ONLY. "Quiet fans" are garbage if you want real airflow. This is what you need.

Pros: These Delta fans are insane, and worth considering if you're thinking of going the less popular positive pressure route, due to the high pressure they provide. I have one on my case, mounted in the rear exhaust port, blowing INTO the case, not out. Every crack and seam of my case has a nice little jet of air shooting out of it, and the first thing that air flows over is my CPU heatsink. Combining this setup with a good high-airflow filter on the fan's intake (Actually, it's a K&N hotrod air intake filter. A friend of mine machined a manifold from a pvc plumbing part that mates the 120mm screw holes to an appropriately sized pipe to make this possible, but that's another story.), I've kept my computer remarkably dust-free for years. Whenever I've taken this case into pc repair shops or lan parties, people are always like, "You shouldn't have this blowing backwards like that, you're not cooling it right." Then I fire up the fan and they promptly shut their doubting little mouths. It sounds like a jet taking off and moves air in like manner. If you don't mind the noise and like a cold CPU with little dust, this is the fan for you. The other nice thing worth mentioning that I've noticed is that PSUs tend to have fans that blow out, acting as an exhaust. If you mount this fan as an exhaust, you'll be working the PSU fan against it. I hold that using this fan to create lots of positive pressure exchanges the air many times per minute inside the case and helps to keep the PSU nice and happy, not to mention clean.

Cons: Of course, noise, but that's a given with this much airflow, even if the motor were silent. Do not underestimate the wattage. Do not try to power it with your motherboard's 3-pin connector. Don't even think about it. Just don't. Plug it into a 4-pin molex connector coming directly out of your PSU, and you'll be alright as long as you can afford the 30 watts. Just make sure you know what the heck you're doing before putting something this powerful in your precious pc.

Overall Review: The first time I plugged this fan in to see if it worked, it was lying face down on the table. I connected the molex plug and the fan quickly flipped itself over due to the relatively powerful thrust it generates. The positive pressure setup I described above works beautifully, but if you try it, you should spend some time with it to make sure you understand where the airflow is going inside your case. Cases with a lot of ventilation are actually not ideal for positive pressure, because the airflow might just go straight out the front of your case without cooling much. I've had good success with using clear plastic to selectively close off vents in order to direct the airflow over the HDD bays and graphics card. If you're using a thinner case or a larger graphics card (or both), the setup I outlined can cause a dead zone under the graphics card that can get toasty. A 40mm fan mounted in the lower exhaust vent of my case worked just fine for me. A PCI slot cooler may also be a good idea. I see a lot of people recommending controllers for this fan, and they are right, but actually, I've never bothered. If you're cheap like me, here's one possible solution: Get a heavy-duty toggle switch and mount it to your pc case. Not perfect, because it's either on or off, but I've found that the fans on my CPU, graphics card, and a small 40mm exhaust fan are just fine when watching movies with the speakers on. Just make sure you switch it back on and put on your headphones before you do any gaming. Plus, a big, heavy duty toggle switch makes it feel pretty satisfying to unleash the power of this beast of a fan whenever you switch it on.

Pros: EVERYTHING!!! If you bought this you know what you are looking for! Great cooling @ the cost of noise!!

Cons: This is NOT a con for Delta by any means! The fact of the matter is if you are DEDUCTING an egg because of the noise you 1.) Didn't do your research 2.) You have no prior Computer knowledge and finally 3.) You DIDN'T DO YOUR RESEARCH!!!! So many items out there get bad reviews because the purchaser is ignorant and can't do his own research! Anything over ~80 CFM to the normal everyday computer user will be loud to them! It is a well known trade off, you sacrifice noise for cooling! Morale of the story, Don't be an idiot, do your research before you spout off stuff that is already stated in the description 62 dBA 62 dBA 62 dBA 62 dBA 62 dBA ^^^^ That is loud to anyone not used to it!!

Pros: 1. At High Speed pushes air like a Hurricane cooled my system at load by 8-10 degrees. 2. Silent at low speed.

Cons: 1.My Asus Crosshair Motherboard did not recognize the 3 prong as a CPU Fan so every time I reboot the system I have to press f1 to continue at the prompt. Don't know if this is defective unit or just the way it is.

Overall Review: I'm using two these. 1as a cooling fan for my H50 and the 2nd as a bottom intake fan (Haf 922). I bought a Lamptron FC5 Version 2 fan controller so I'd have exact control of the Fans.' I love it right now for ordinary work watching Blue Ray etc my I'm running them at 4.3V or around 1/4 to 1/3 speed and they are silent. My system is at a cool 45".My Amd Thuban is Overclocked to 3.8. At load running Prime95 with 6 threads I'm at a stable 55 before I was going up into the 60s. I tried a overclocked Profile that I couldn't use because my system would go above 65" and it ran at 57. But OCCT Dest So now I have a quiet system for normal use that I can Rev up for those FPS. By the way a tip for using it with a H50 this fan is thicker than the regular fans so you need to buy 6-32 x2 screws (Available at Home Depot). Unfortunately they don't make a 6-32 1 3/4 which would be perfect so what I did was added 5 or 6 flat washers to reduce the distance. Those more mechanically inclined could

Pros: This is thing moves A LOT of air. works great

Cons: noise? maybe? i understand a lot of people want quiet machines but if your using a high flow fan like this, it is gonna make some noise. i Wouldnt say its a con, it is to be expected.

Overall Review: I am using this in my HAF 932 GPU cover connected to a kingwin fan controller. with the controller on low the fan actually does not spin so its silent. If i am going to play a game thats going to heat up the gpu ill turn it on low and it is still quiet enough to not notice it. i would recommend using a fan controller with this fan for tune-ability and keep it quiet.