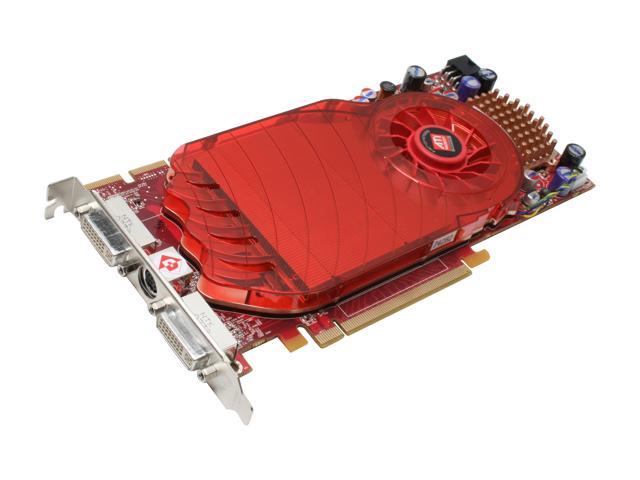 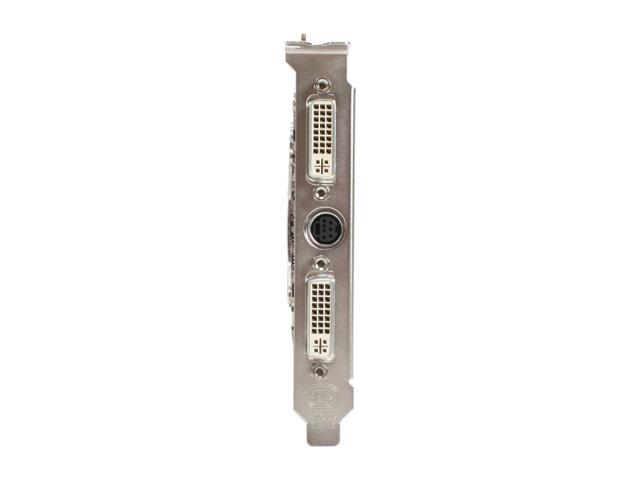 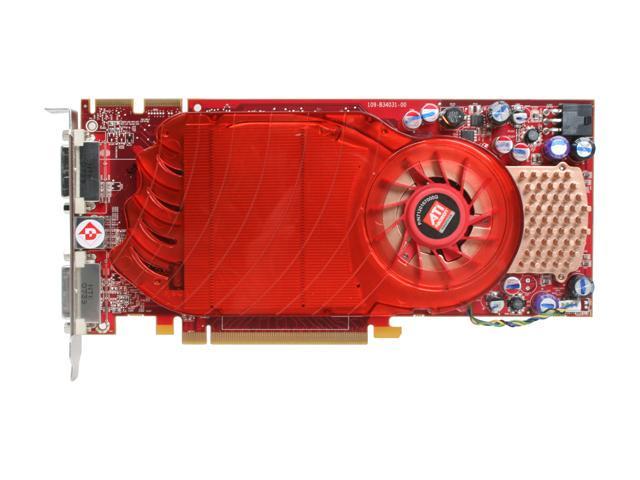 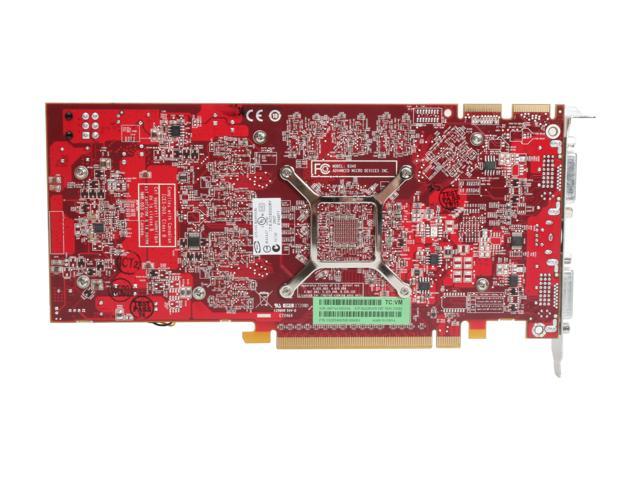 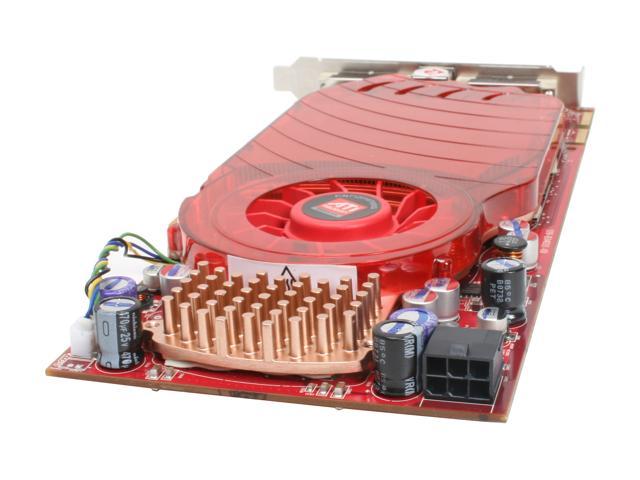 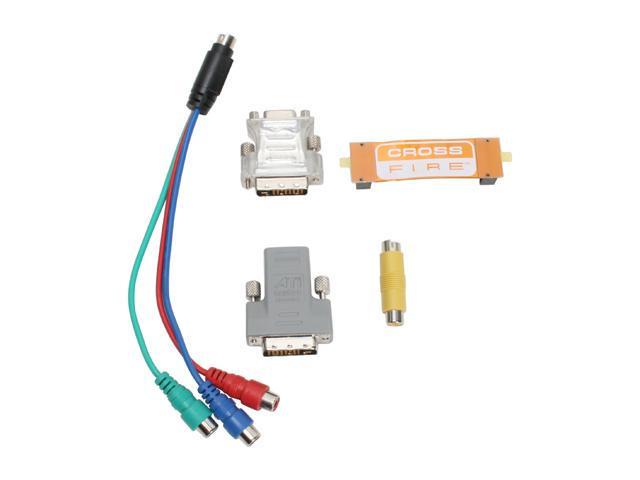 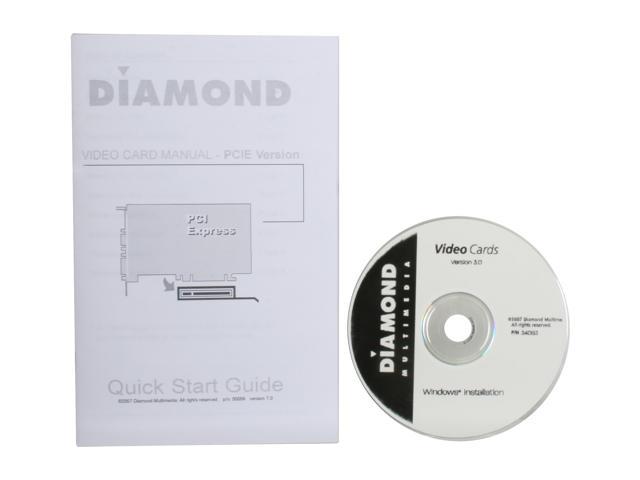 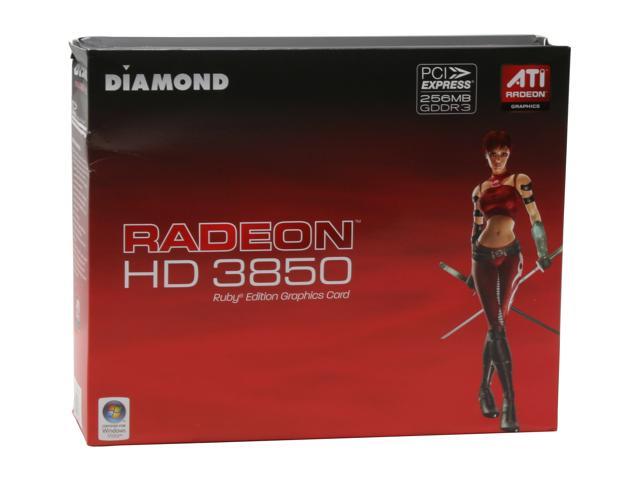 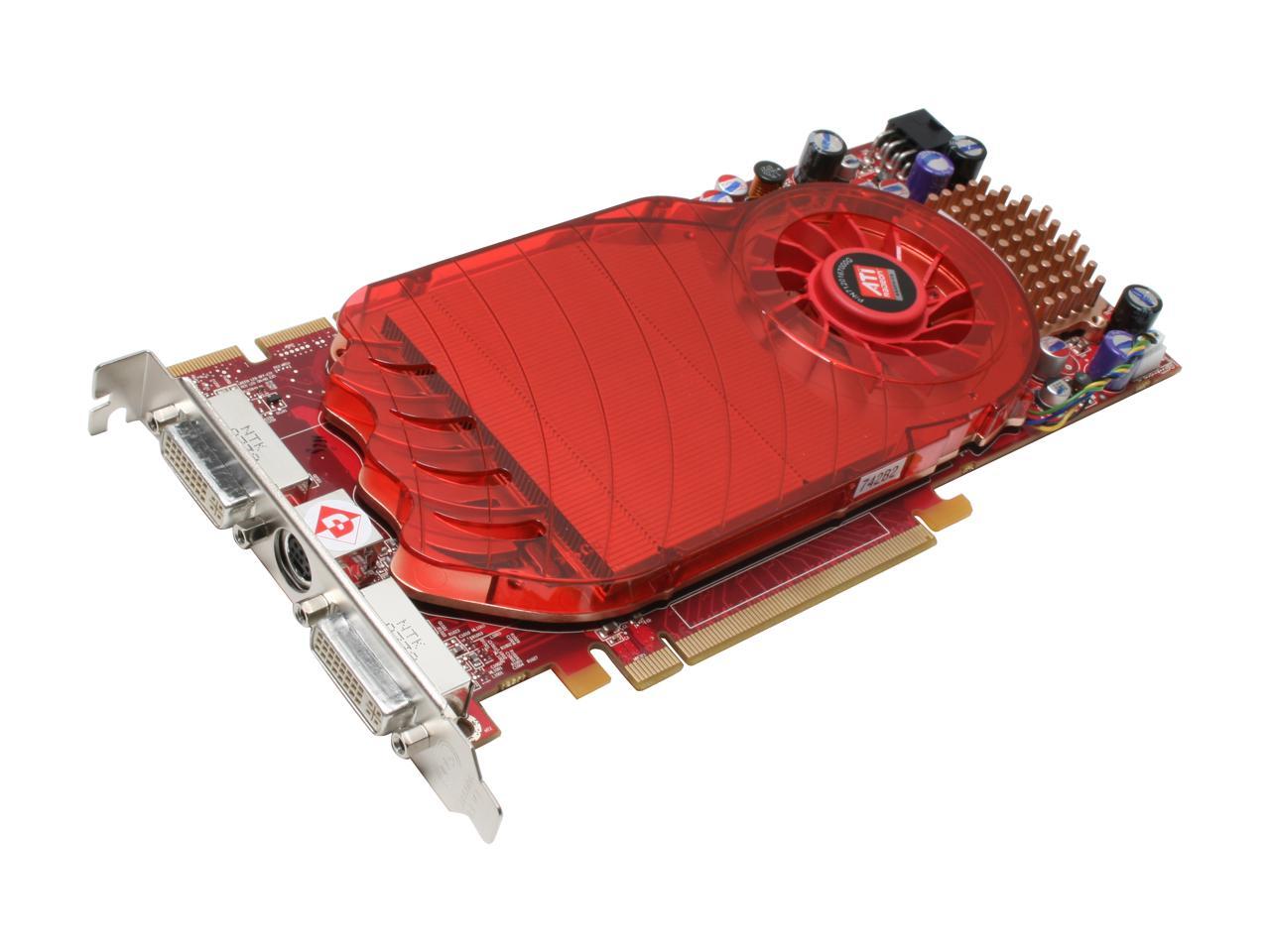 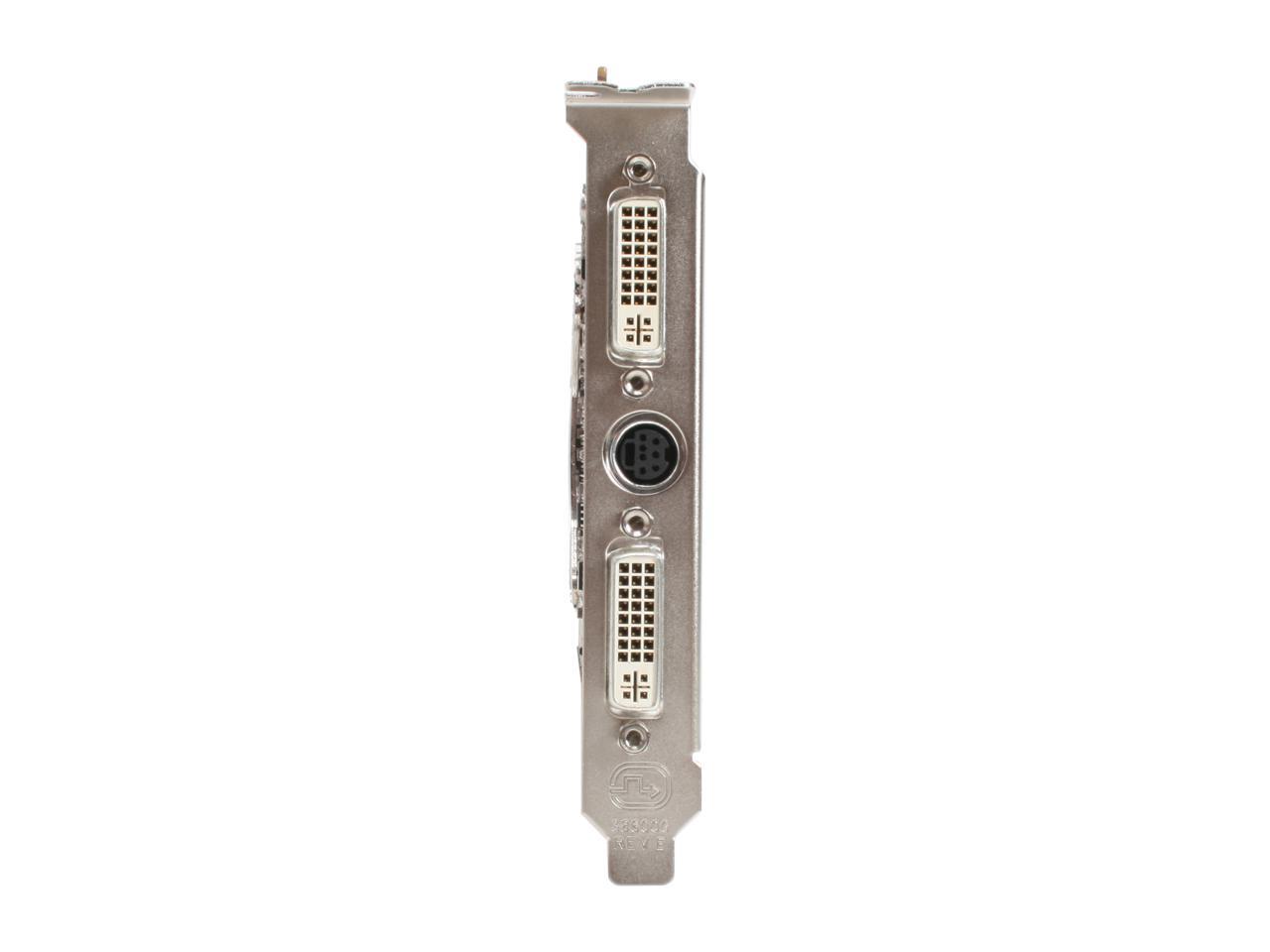 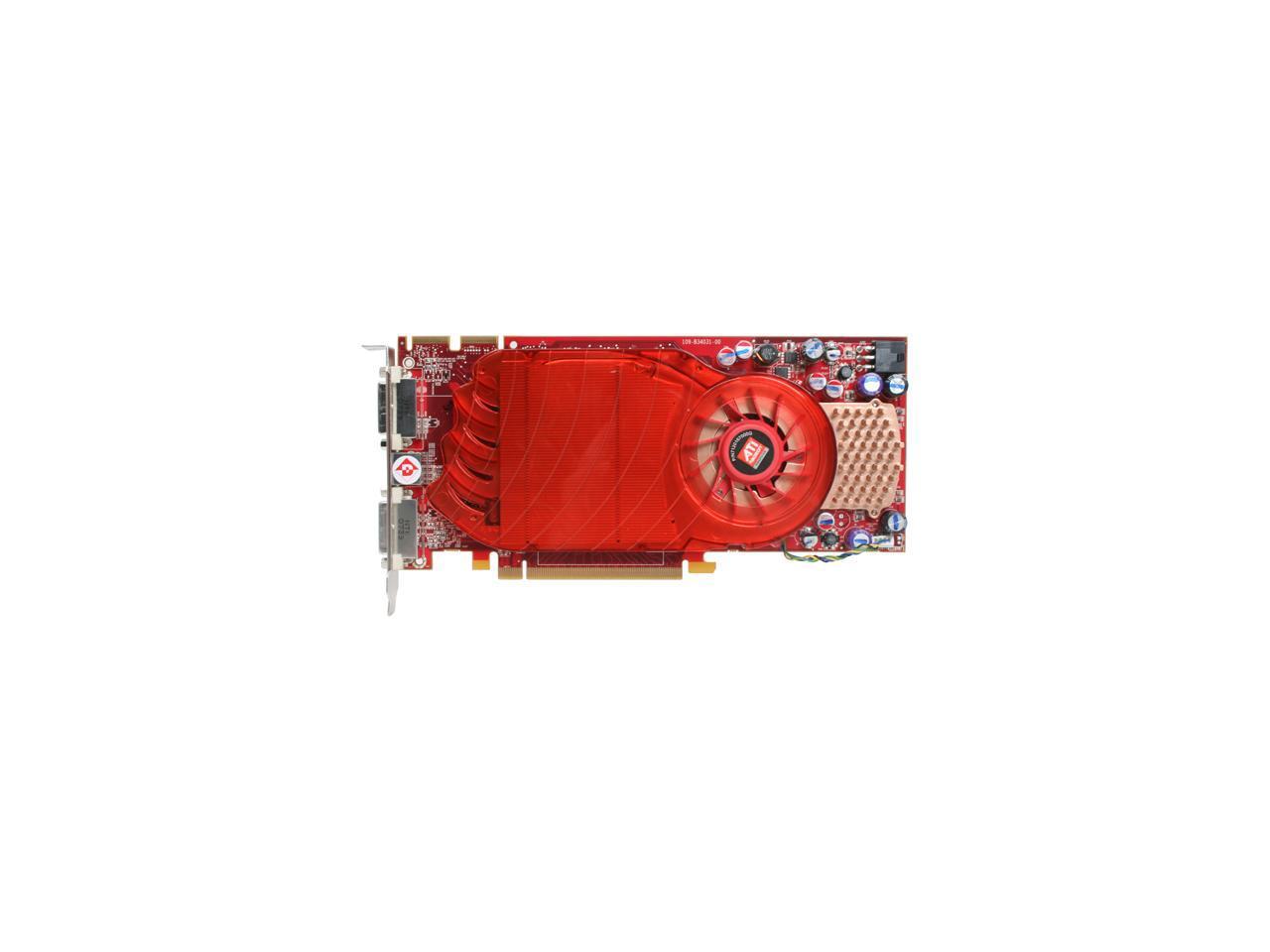 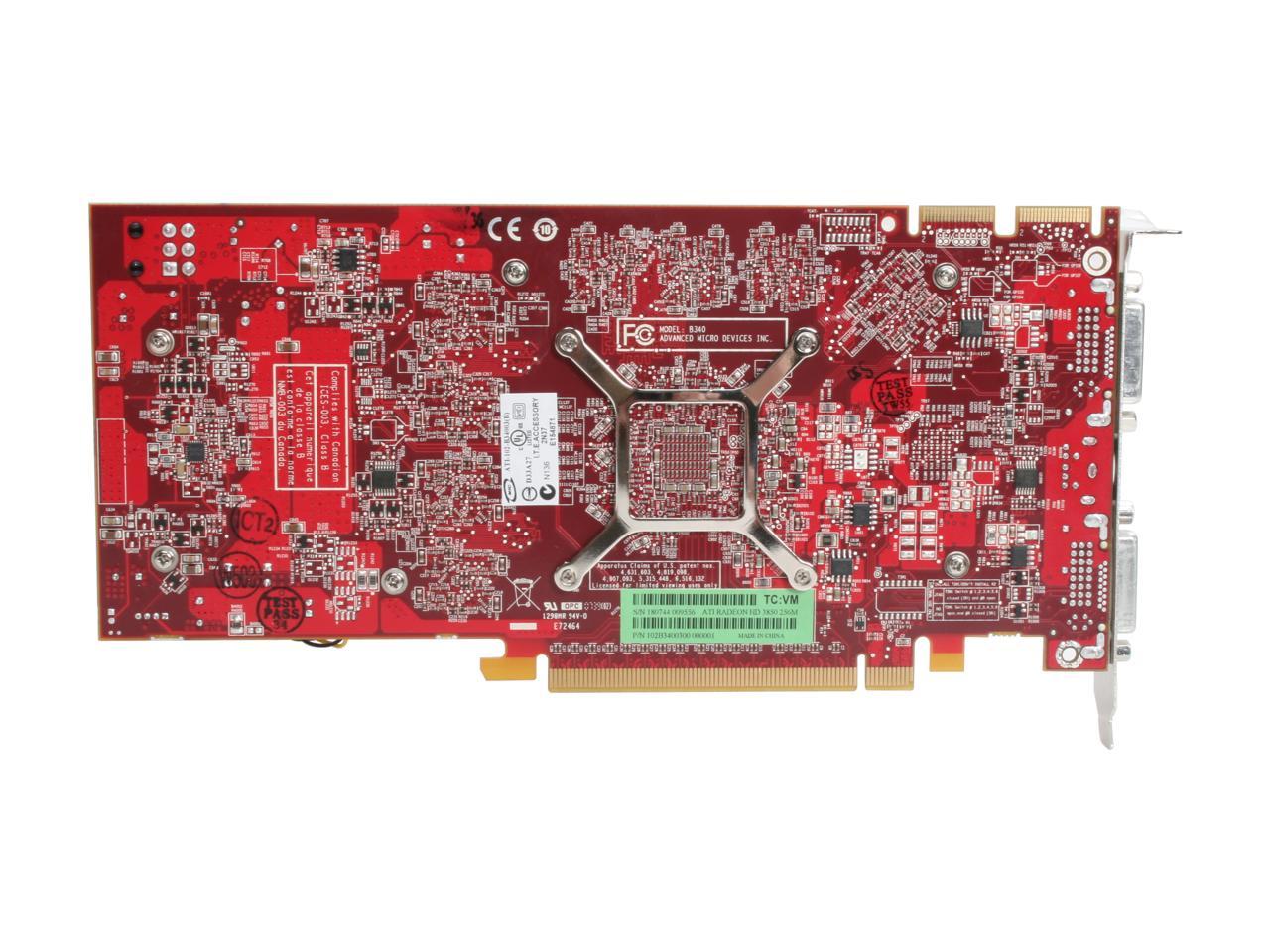 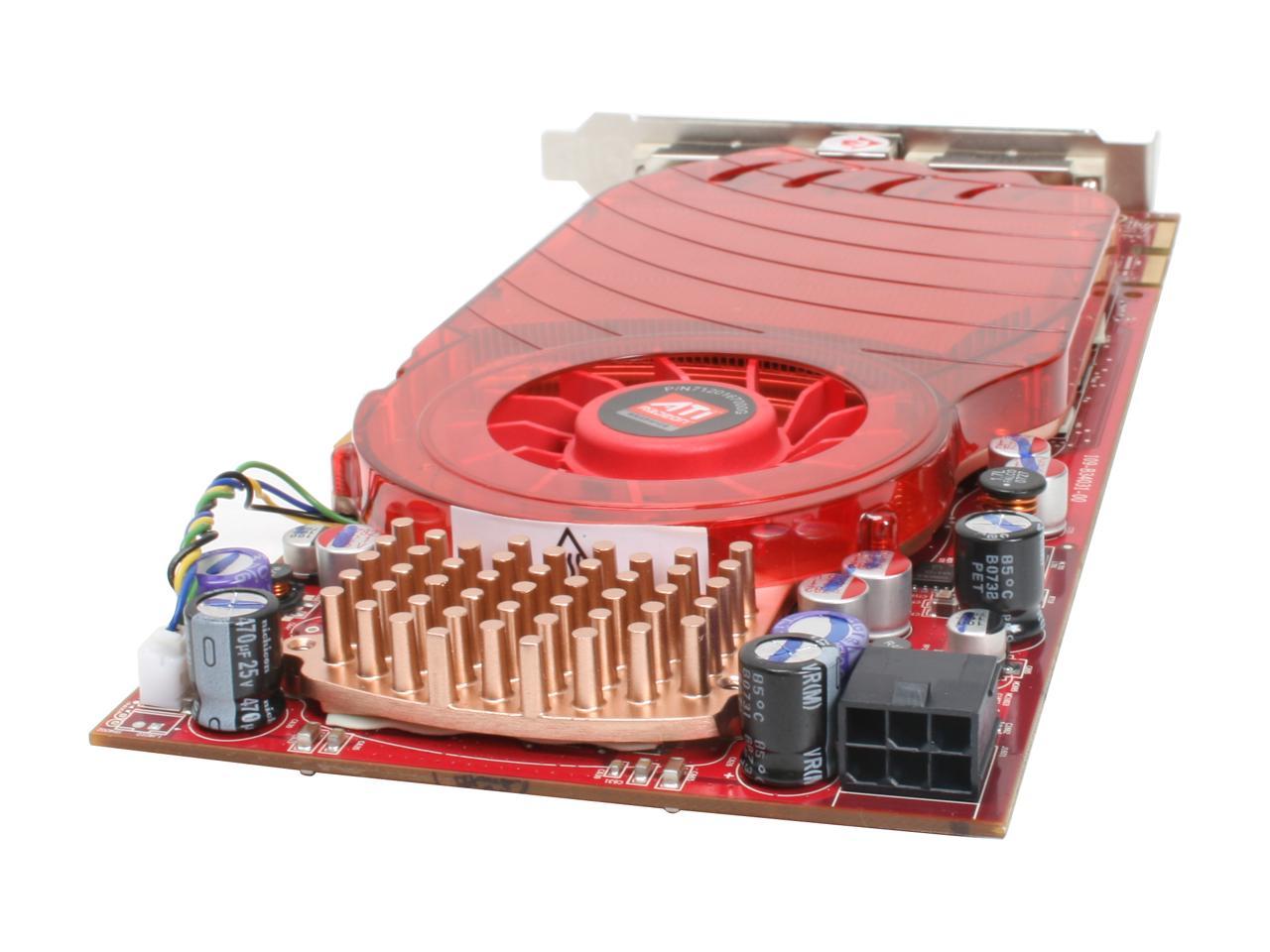 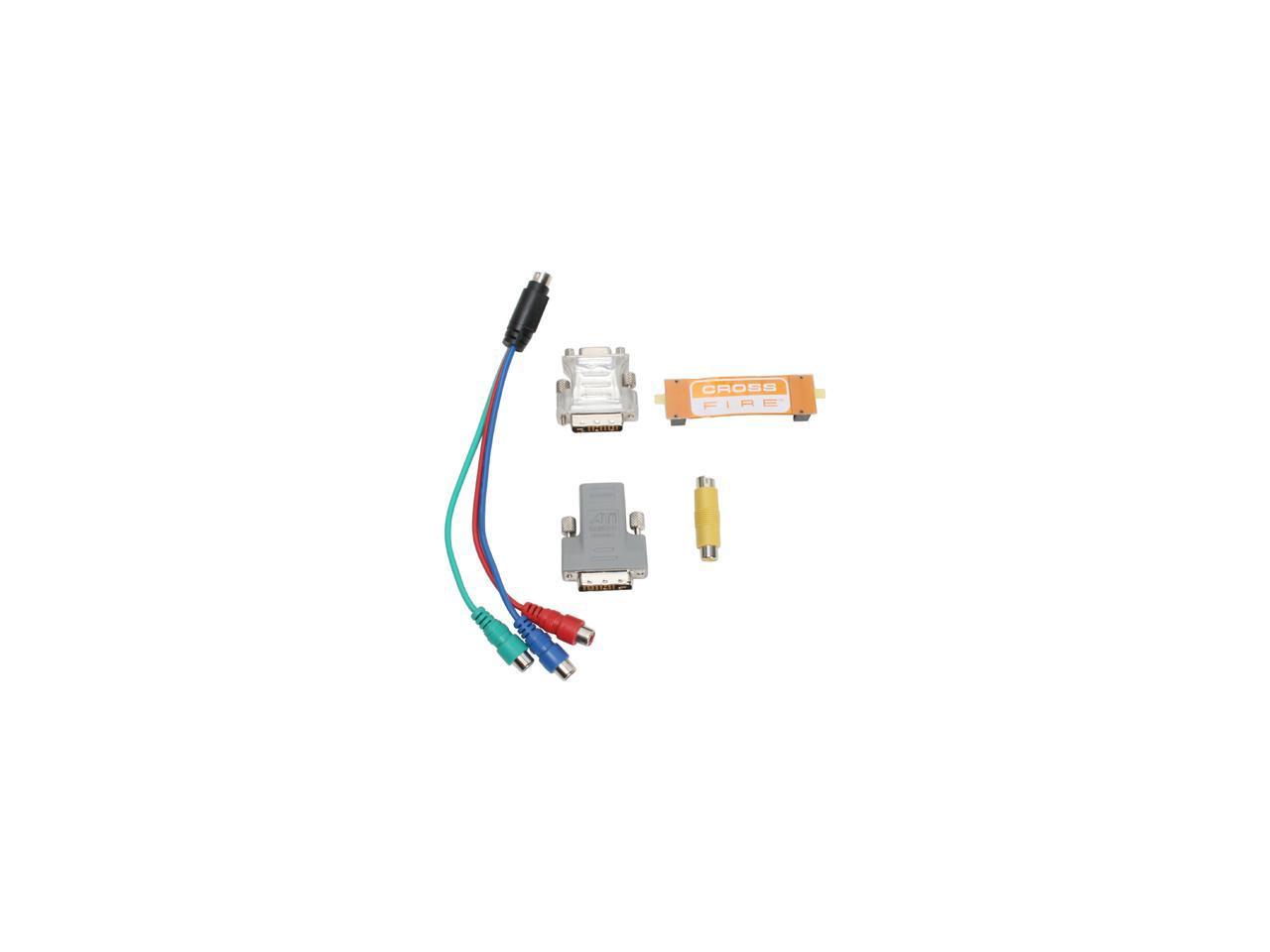 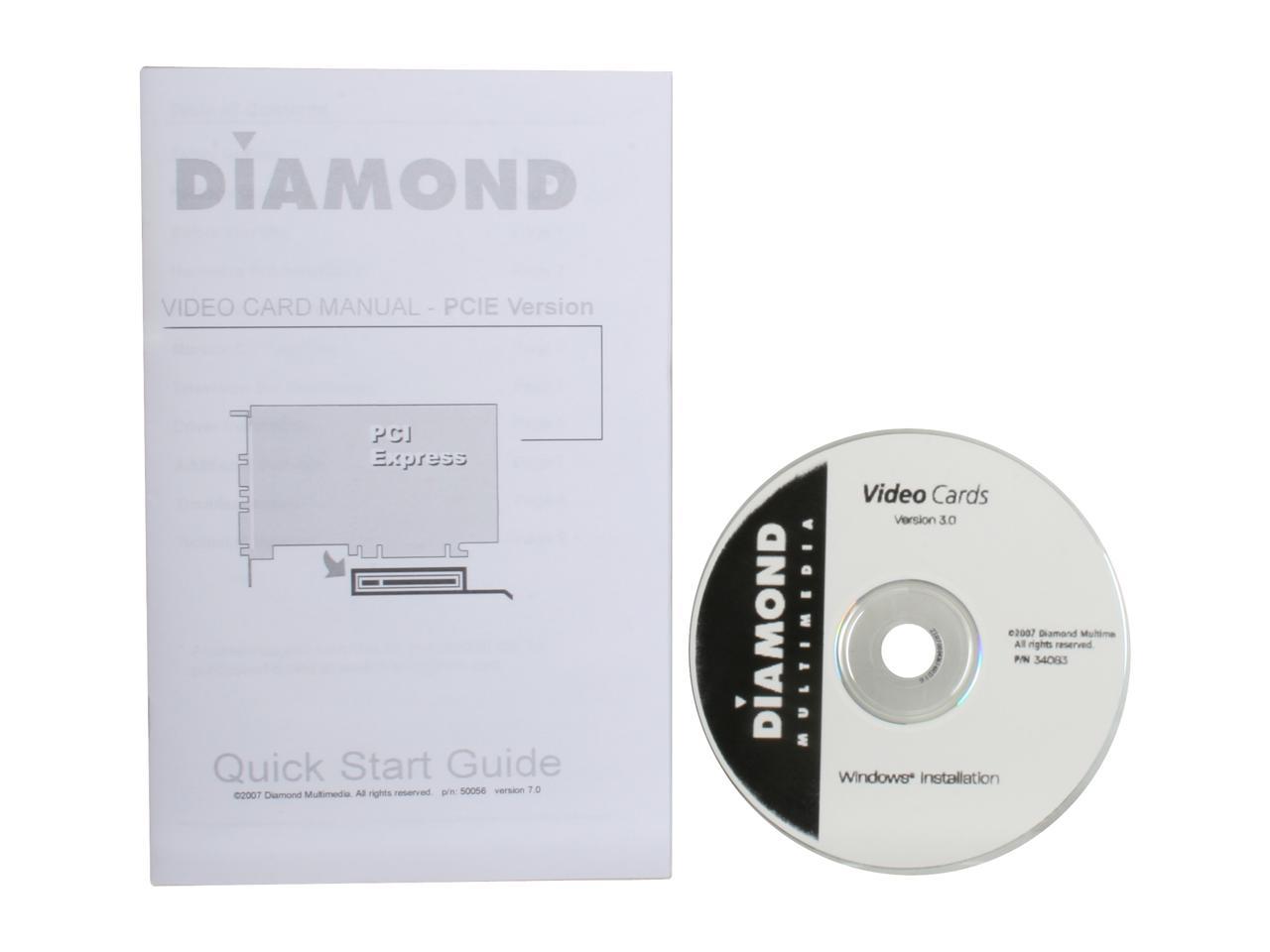 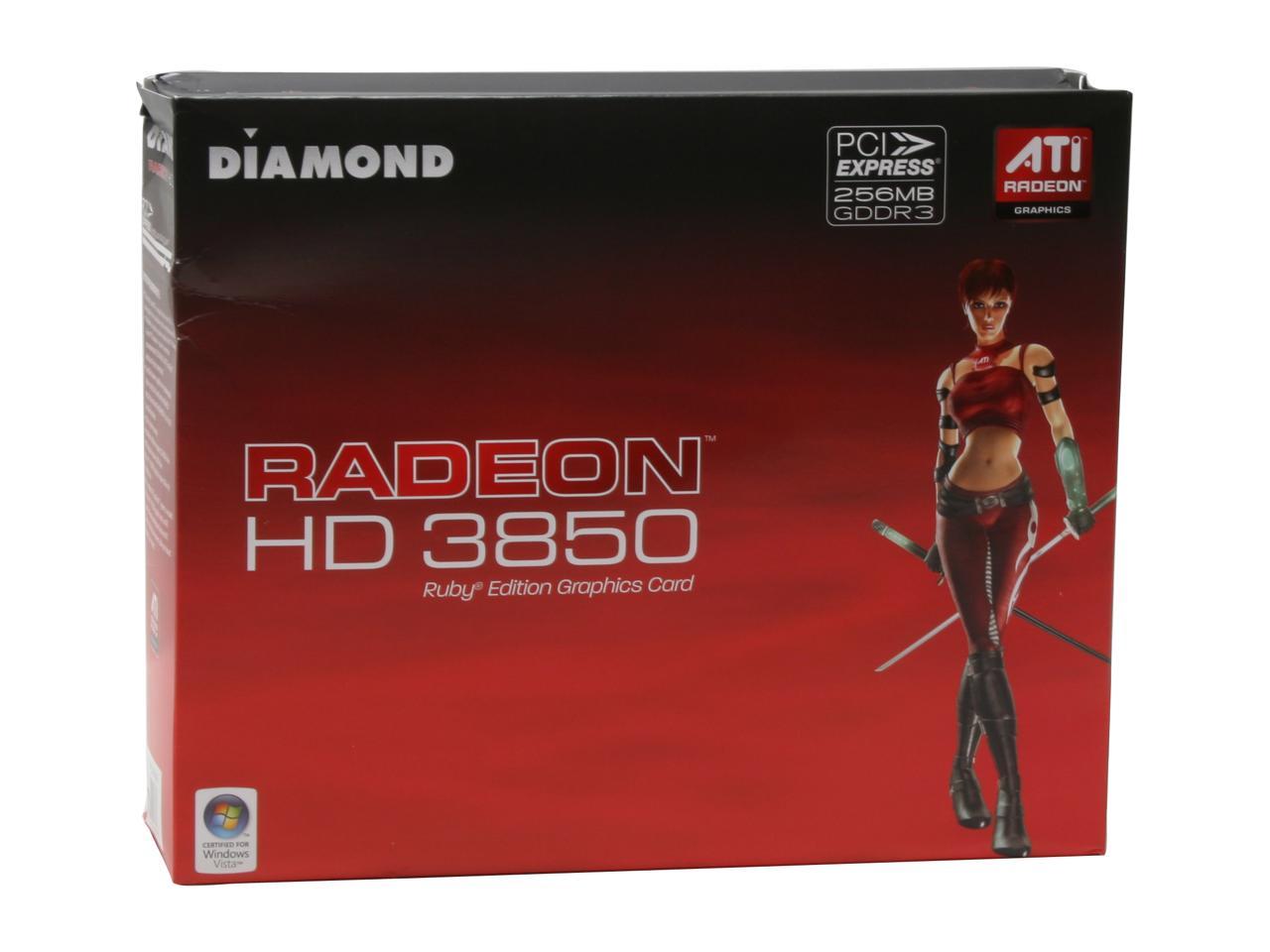 Cons: 256mb has stuttered on me at 1080x1024 every 1-3 minutes for a split nano-second. I'm so picky that I'm annoyed with that. I sold this card and bought the 3870 which cured the problem at the higher resolution.

Overall Review: Most people will never be annoyed with the minuscule stutter - but I want total performance for my money and at the 3850's price, my complaint is too harsh so I give it 5 stars for overall exceedingly fine performance - example: my old card was a 7900GS with the following 3dmark06 score and parens represent the 3850 scores respectively:5130(7823) - that's a nice healthy improvement for so little cost. Newegg as usual was awesome and is why I only do internet computing business with them.

Pros: This card is an absolute dream. It has a cheap price tag, runs cool, runs quiet and most importantly PERFORMANCE! I can run all my games silky smooth on ultra high graphics. Oblivion, BioShock, Call of Duty 4, World in Conflict, Medieval 2.. all at a very satisfying and constant FPS. I want to see how it does against the monster Crysis, but either way I couldn't be happier!

Cons: Really can't think of anything bad about it. It doesn't do my laundry for me.

Overall Review: I was originally a Nvidia user but the huge amount of video card product lines released in the last year or two just overwhelmed me, not to mention the prices. I somehow came across this impressive card when browsing and decided to just go for it. Best choice ever!

Cons: Fan speed controller seems a bit out of whack, it never turns the speed up even when the card nears 85-90c, but with a program such as ati tool i can just set the fan to 100% all the time and it never goes above 50c overclocked and under full load. So theres a pro in my con too! lol

Overall Review: Card didn't come with a molex to pci-e power adapter and I had to wait another week to build my system because of it :(

Pros: This video card exceeds all expectations for onehundredthirty shipped. Came with a bunch of additional adapters and such, and was well packaged. Didn't use the drivers on the cd, just downloaded the driver straight from ATI. No Problem with two DVI monitors either. Also, FWIW, i hear that there is no appreciable differences between a HD3850 at 512MB vs 256MB. Google it if you don't believe me.

Cons: Card is a bit long, and comes close to covering up some of the IDE/SATA ports on a P5K mobo. No driver-level tuning in Riva tuner ... but that can't totally be blamed on Diamond/ATI. Riva tuner still has a long way to go to be friendly for the average enthusiast.

Pros: This video card has been very stable to me.

Cons: You should get the 512MB version of this card if possible. Being able to run games like Medieval 2:Total War with ultra high settings instead of high and lowered filtering settings stinks. Especially so since the card has the ability to process it fast enough if it were to have enough VRAM.

Overall Review: I have had an occasional artifact, which only lasts a few milliseconds, 3 times in 1 month of gaming with it. It does not worry me to much. Besides this point the card runs a little warm but within specs. Besides this the fan is always running at maximum speed and does not return any info when GPUZ probes for the speed.

Pros: I just upgraded from a Radeon X800 XL 256 AGP to this and I was blon away, every game looks better and runs at least twice as fast. This runs Bioshock at full settings perfectly and looks awesome :) The only game that makes this slow down is Unreal 3 at max settings, and of course Crysis. But on medium graphics it is still very playable. And ATI FINALLY added color vibrance (digital vibrance for you nvidia lovers) so I can now have obscenely bright colors on my old CRT :)

Cons: Card seems to get a little hot, but with a fan control program i can turn its normally silent fan into a little jet engine and the temp drops to near room temp... so not really a con, just an annoyance.

Pros: Can you say everything..... For about one hundred and eighty dollars you just can not go wrong with this card. Everything I put it through it just runs right over it. COD4-Crysis-NFS Pro Street-Unreal 3-And you name it, nothing will be a problem for this card---See cons

Cons: Unless you are using a monitor bigger that a 22inch you will be fine with 256mb vram for a long time to come.

Overall Review: The 2900pro ( which is close to the same thing as this) was three hundred and fifty dollars about 3-4 months ago... Again can not beat this price.

Pros: Excellent performance, I'm coming from a nvidia 6600 so this card is 2 generations beyond it and blowing me away. Bioshock looks fantastic and maxed settings, Crysis kills all computers on high settings but this card will at least let you play it at decent settings and make it look nice doing so. I'm very pleased with this card.

Cons: It isn't a top-line card and I wasn't willing to pay the bucks for one, so I really can't think of anything here. I get some flickering with prerendered videos in games, could be a monitor or a driver issue.

Overall Review: Excellent card. Buy it and be wowed.