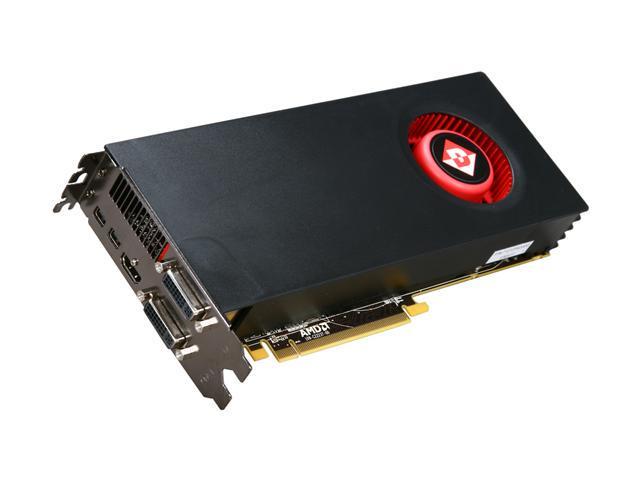 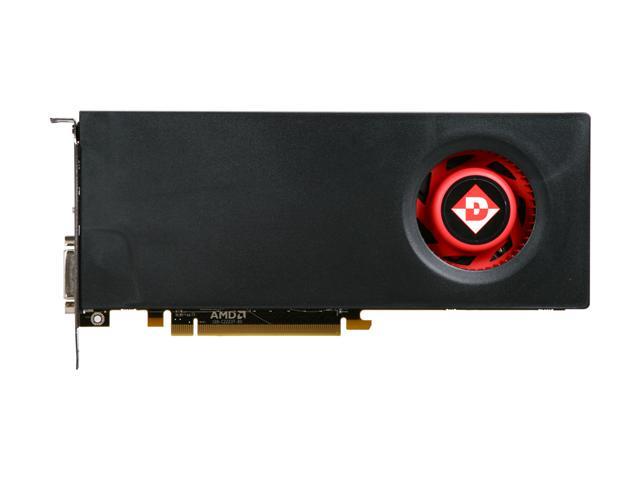 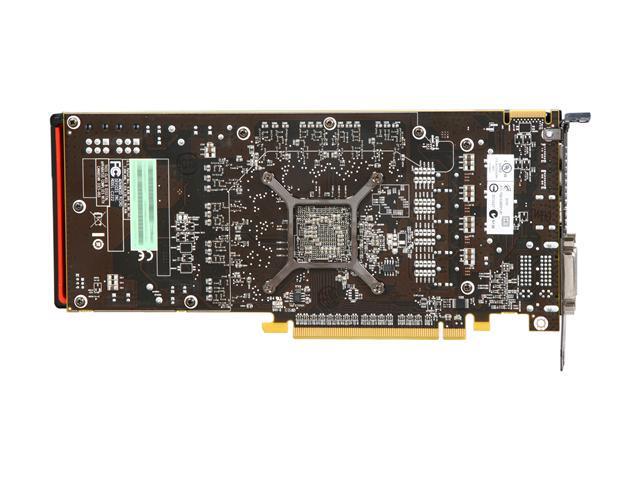 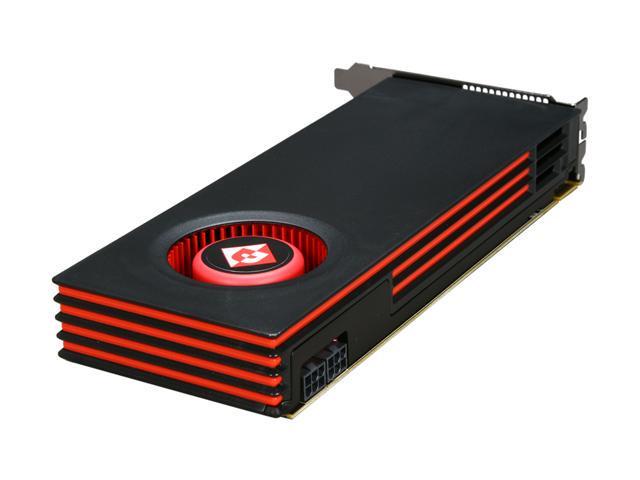 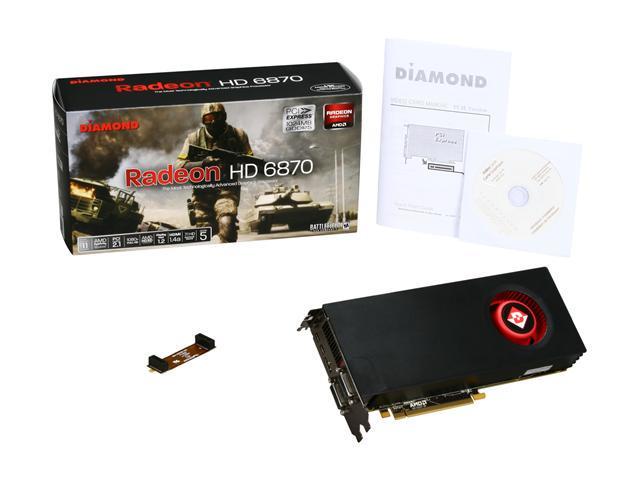 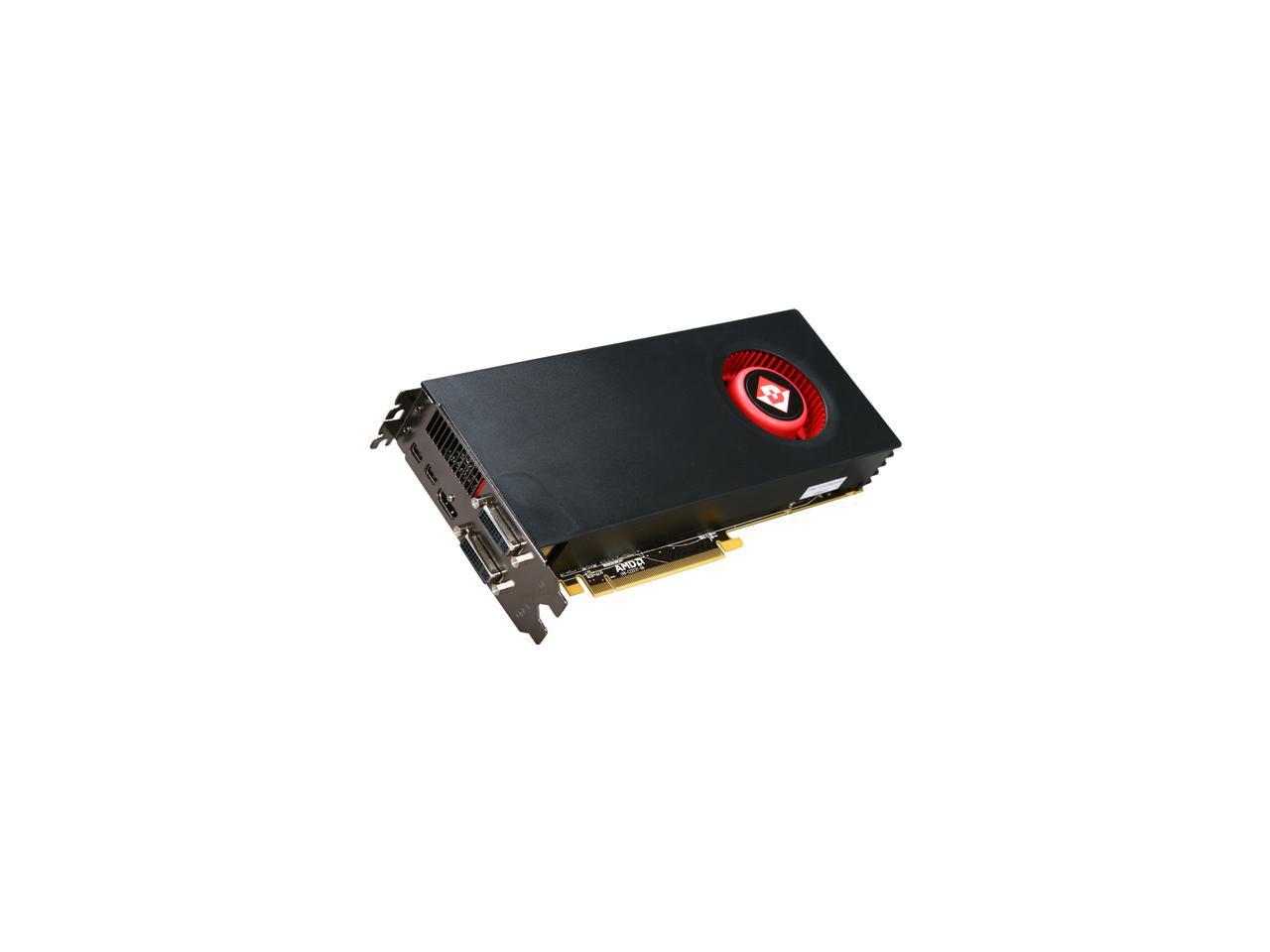 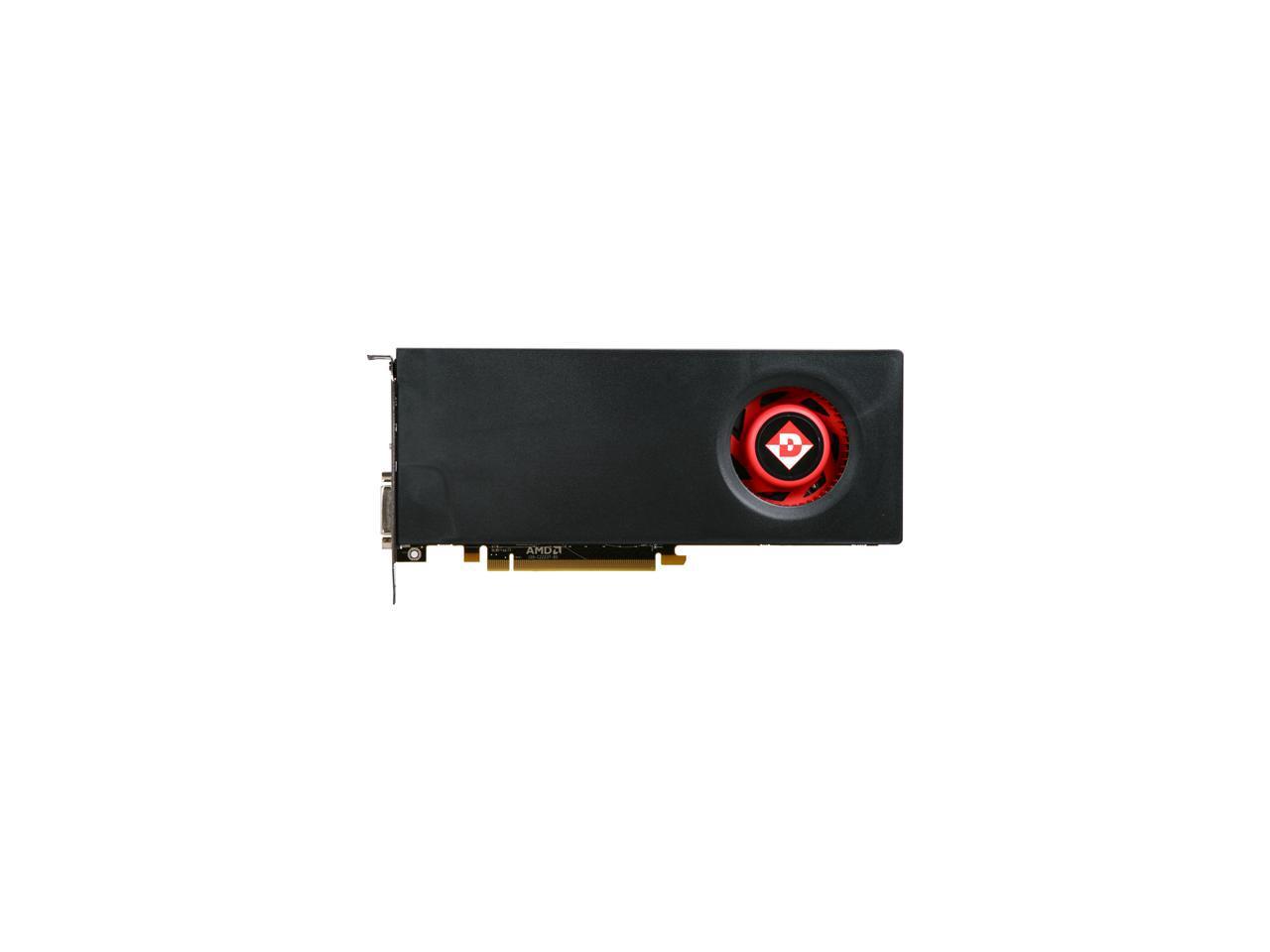 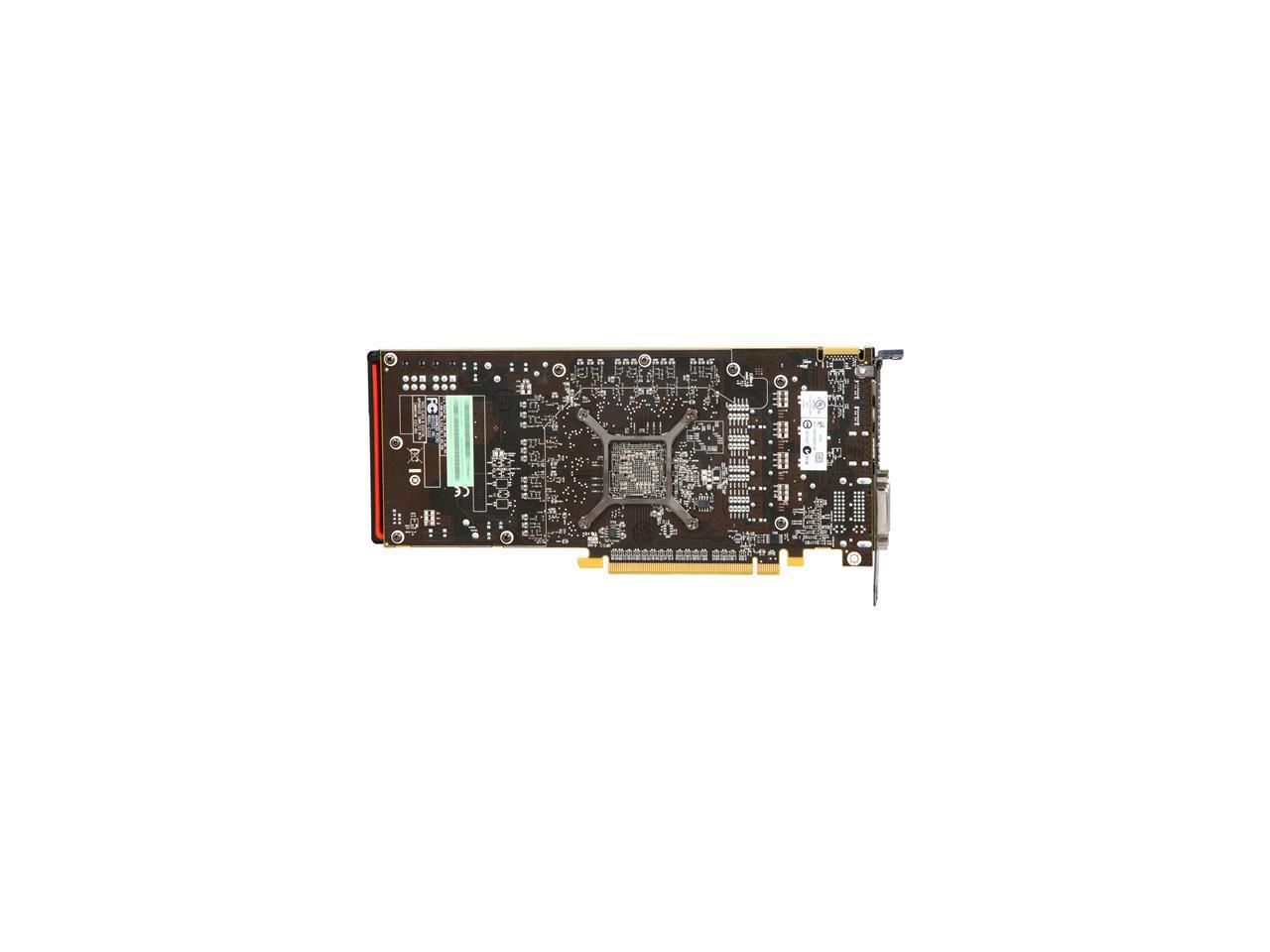 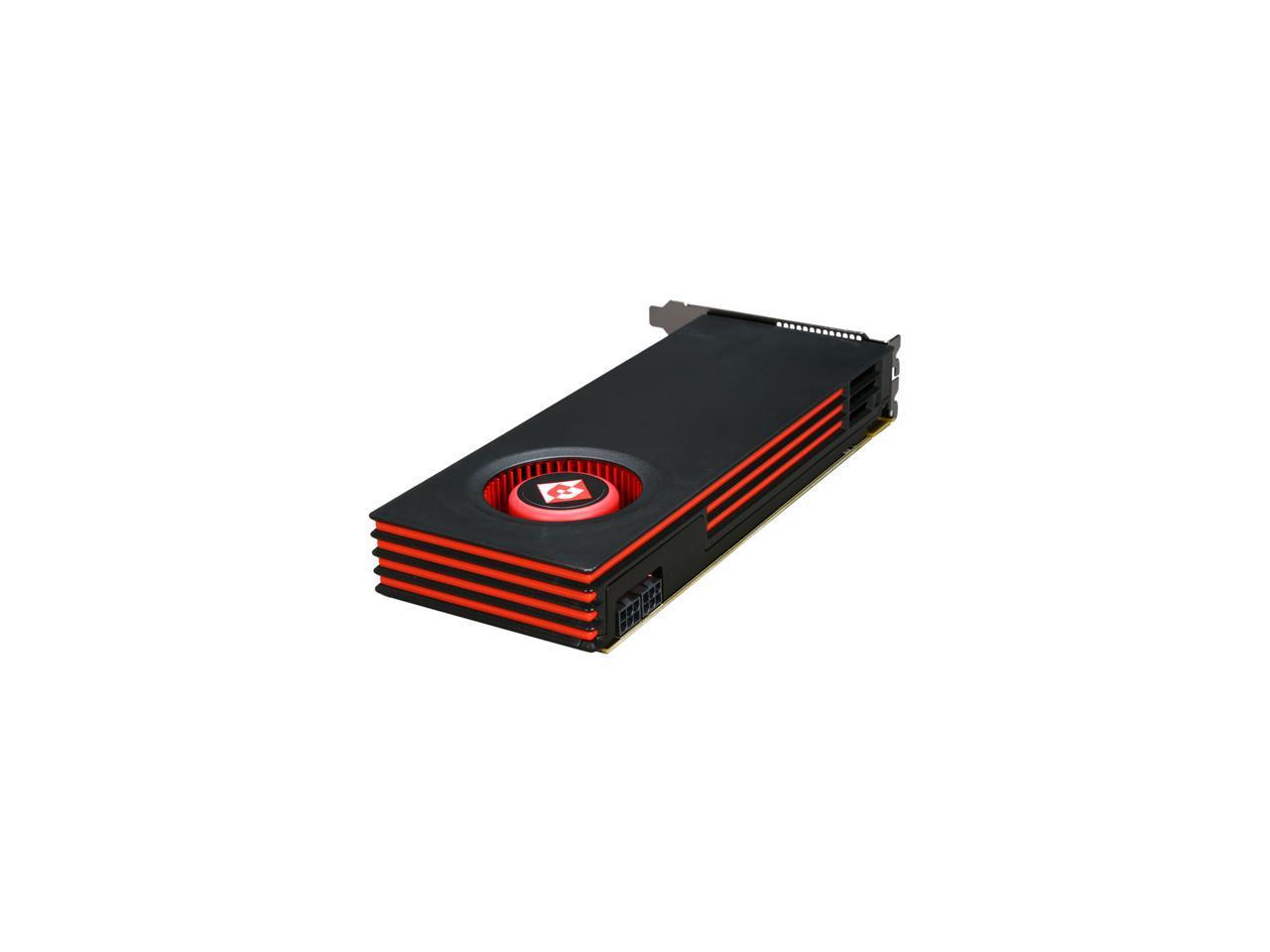 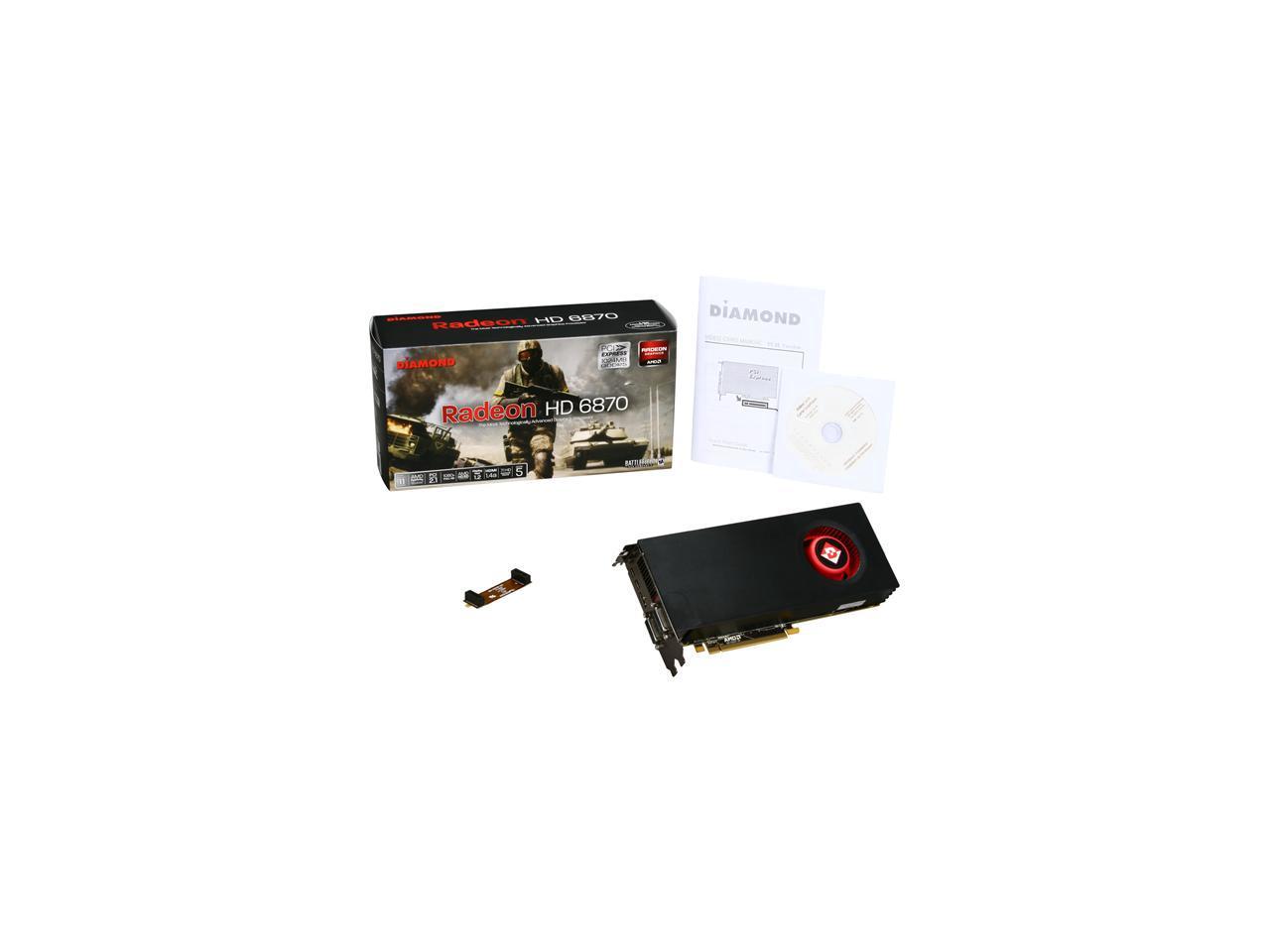 (19) Write a Review
In stock.
Ships from United States.
Most customers receive within 2-6 days.
Specs
Reviews

Pros: Card runs quiet and cool...performs a lot better than the 4870 I have and quite a bit quiter

Cons: I got a different card.. it has red line on the side, and some stupid pic on it... I wanted this card because it was entirly black. I was really dissapointed with this.

Cons: Well I bought one bout 3 months ago and it looked exactly like the pic, well built, but I bought another one the other day and they sent me a card made out of flimsy material, not as well built as the one in the image above. so I did a RMA to get my 250 bucks back. I'm looking for a matching one and I doubt they can do that for me.

Overall Review: If yall can get me a matching card, I will be happy to buy one again.

Pros: Just bout a 2nd one to crossfire

Pros: Took me a while to figure out 3 monitor eye finity but was worth it. Works great. Buy a Sapphire active display port adapter from Newegg, and then obtain an adapter cable to connect the video card to the active adapter.

Overall Review: Very cool operation, quiet too. Worked out of the box.

Cons: none, gonna put two of these puppies in eventually

Pros: Breezes through every game I throw at it, DX11, definitely the best bang for buck card out right now. It's really quiet, even when the fan starts spinning fast after a few hours of gaming it's hard to hear.

Cons: This thing is huge. Just a word of warning, make sure you have room in your case. I had to do a bit of modifying to get it to fit in mine.

Overall Review: I think I need a second one for crossfire...

Pros: Amazing cost ratio for the performance. Runs everything on high settings and can max crysis 2. (although thats not very hard these days) Runs great with my system; amd phenom x6, 6gb ram, and 1tb hard drive. SUPER QUIET, which is amazing! even when over clocked this puppy runs queit. great card!

Cons: you do need a beastly psu to over clock this thing in crossfire

Overall Review: DID I MENTION HOW SILENT IT?!

Pros: I purchased this card from a local brick and mortar store because they had a lower price point than the Egg did, the card is amazingly fast, however it isn't very overclockable. I used IC 7 diamond on the GPU core and it stabilized the temps but the fastest I could get was 930 on the core and leaving the Memory at 1050. Great graphics, I'm running the newest driver set, Catalyst 11.6 and the performance is stunning. I upgraded the PSU from Newegg with the Kingwin Lazer 1000 and everything is teets up.

Cons: This card, for the money ROCKS, its performance is on par with the 5850, however it runs much quieter due to the die shrink. Price for performance it is an outstanding value. In every game I've played, the performance gain between my last card, the 4870 and this card is phenomenal. I have not had any buggy driver issues, but thats probably because I didn't "cheap" out on any of my components. There is absolutely NO negatives about this video card, it's stable, powerful and QUIET. Long live the UNDERDOG AMD!!!!!

Overall Review: To the reviewers that shouldn't be allowed to even handle components, you can't buy a card like this and keep your same old obsolete components, if you don't have the power to run the card, you're not going to get the performance. also, if you just want to run down AMD/ATI because you're an NVIDIA phanpunk, keep your comments to yourself. You probably didn't even purchase the device. My current system: Heka 740 tri core @ 4 cores, 3.57 gz, 8 gigs Trident 1600mz@1680, Kingwin 1000 watt PSU, Thermaltake Armor Case, Diamond 6870 Video Card, twin WD Black 1Tb drives, Seagate 1Tb storage, Asrock 890Fx Deluxe 5. Processor is cooled by CM N520 HSF with two 92MM fans in push/pull orientation. Next edition will be the FX8600 Zambezi core at 3.6gz. Monitor is a 37" Vizio HD 1920x1080 monitor which is an awesome solution for gaming or just browzing.