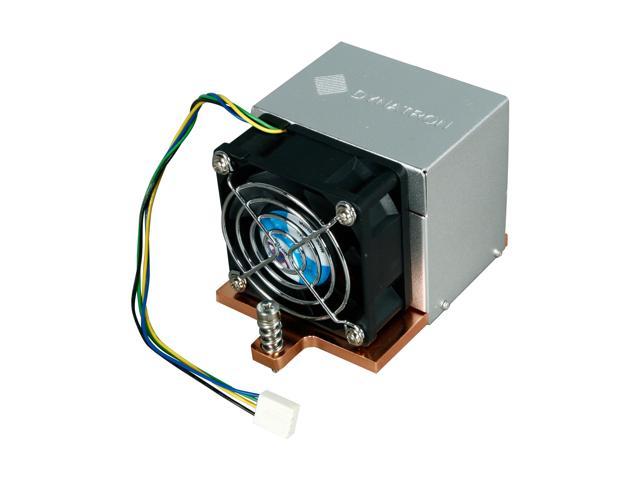 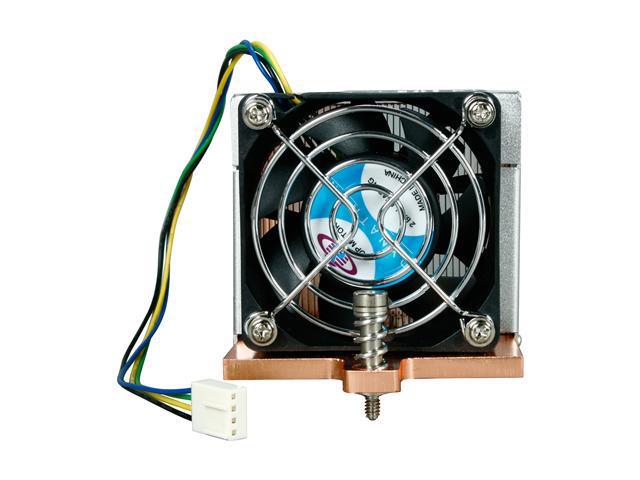 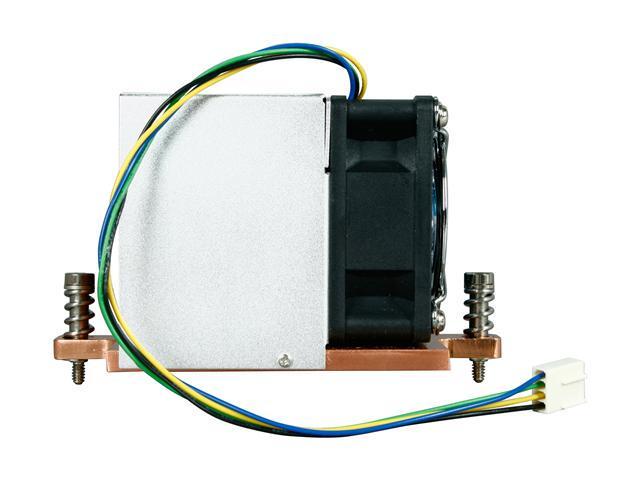 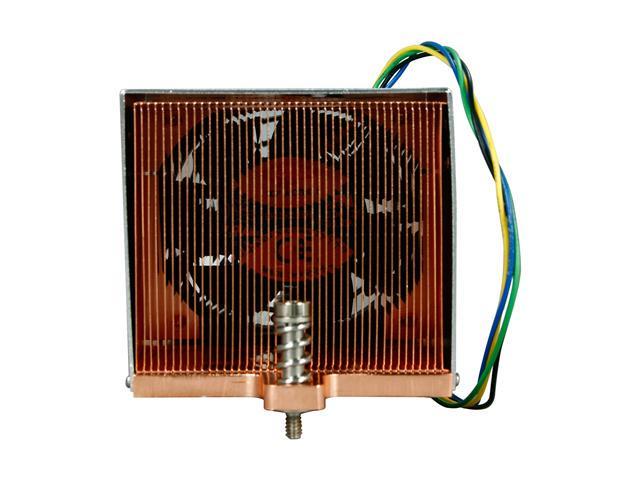 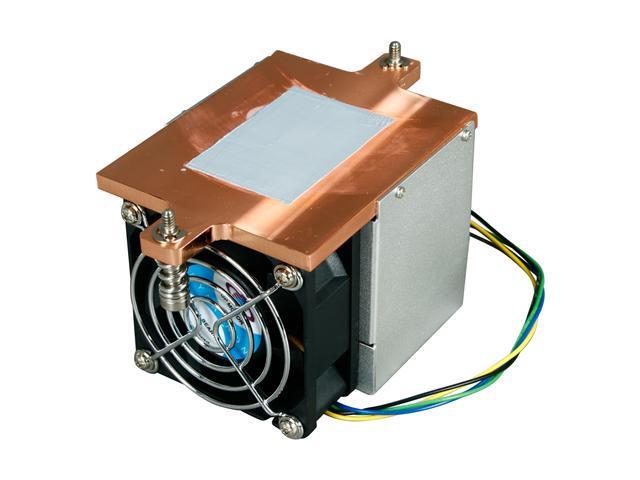 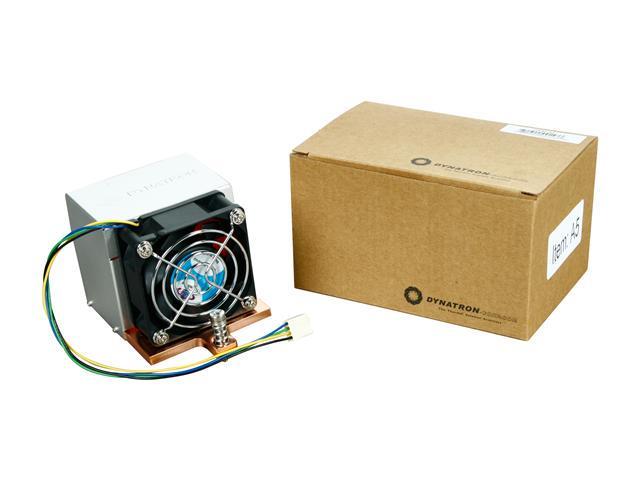 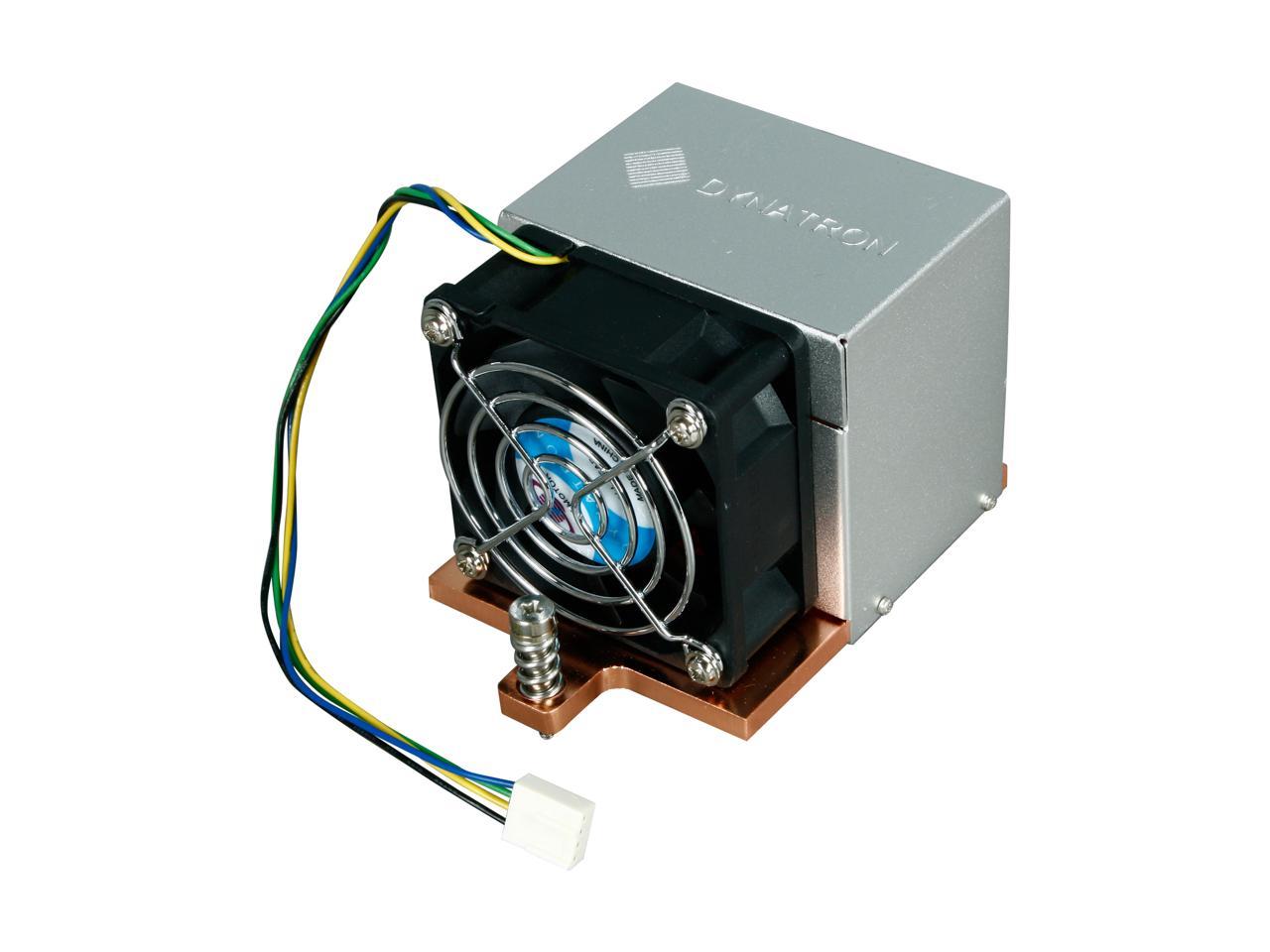 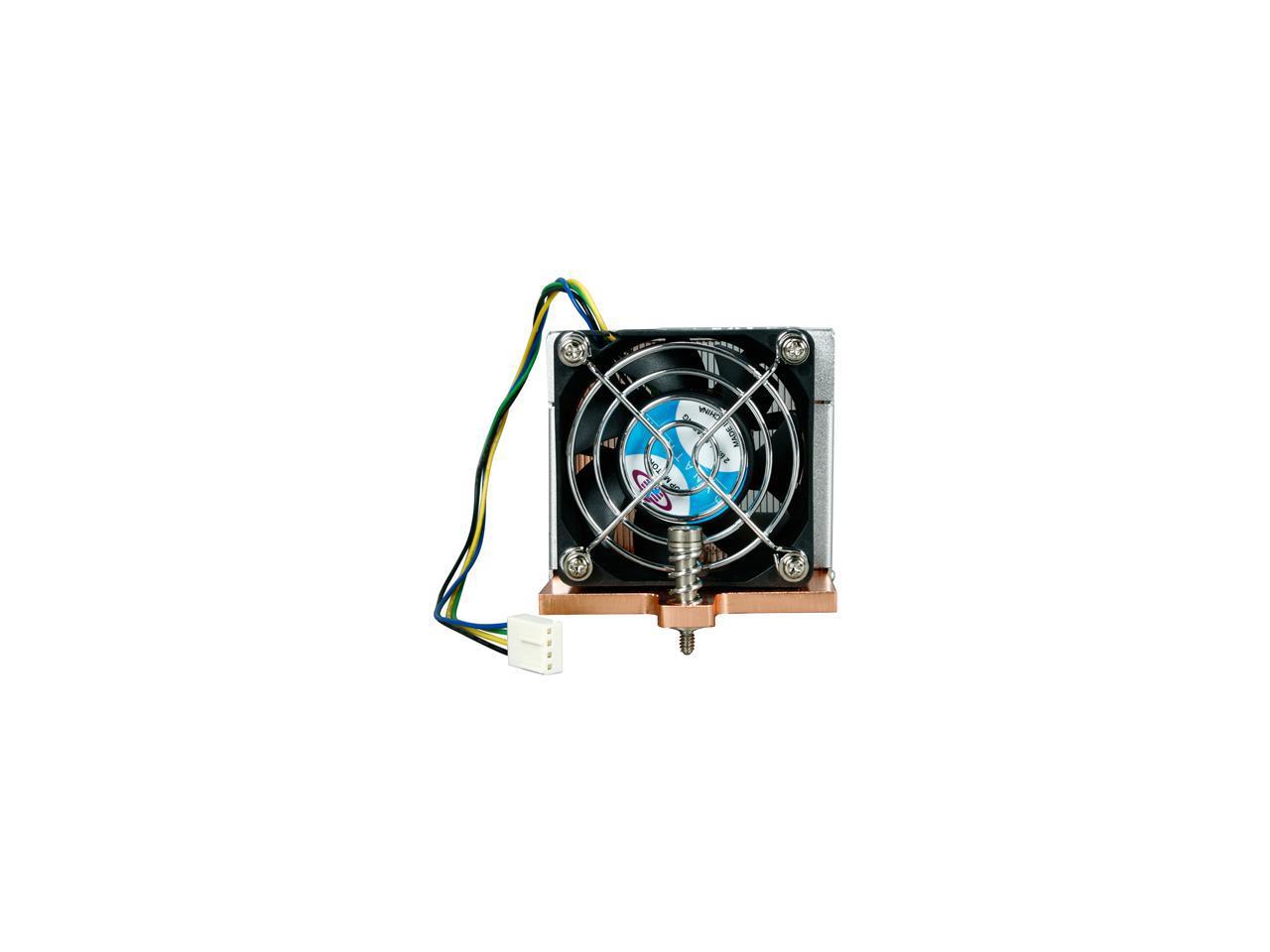 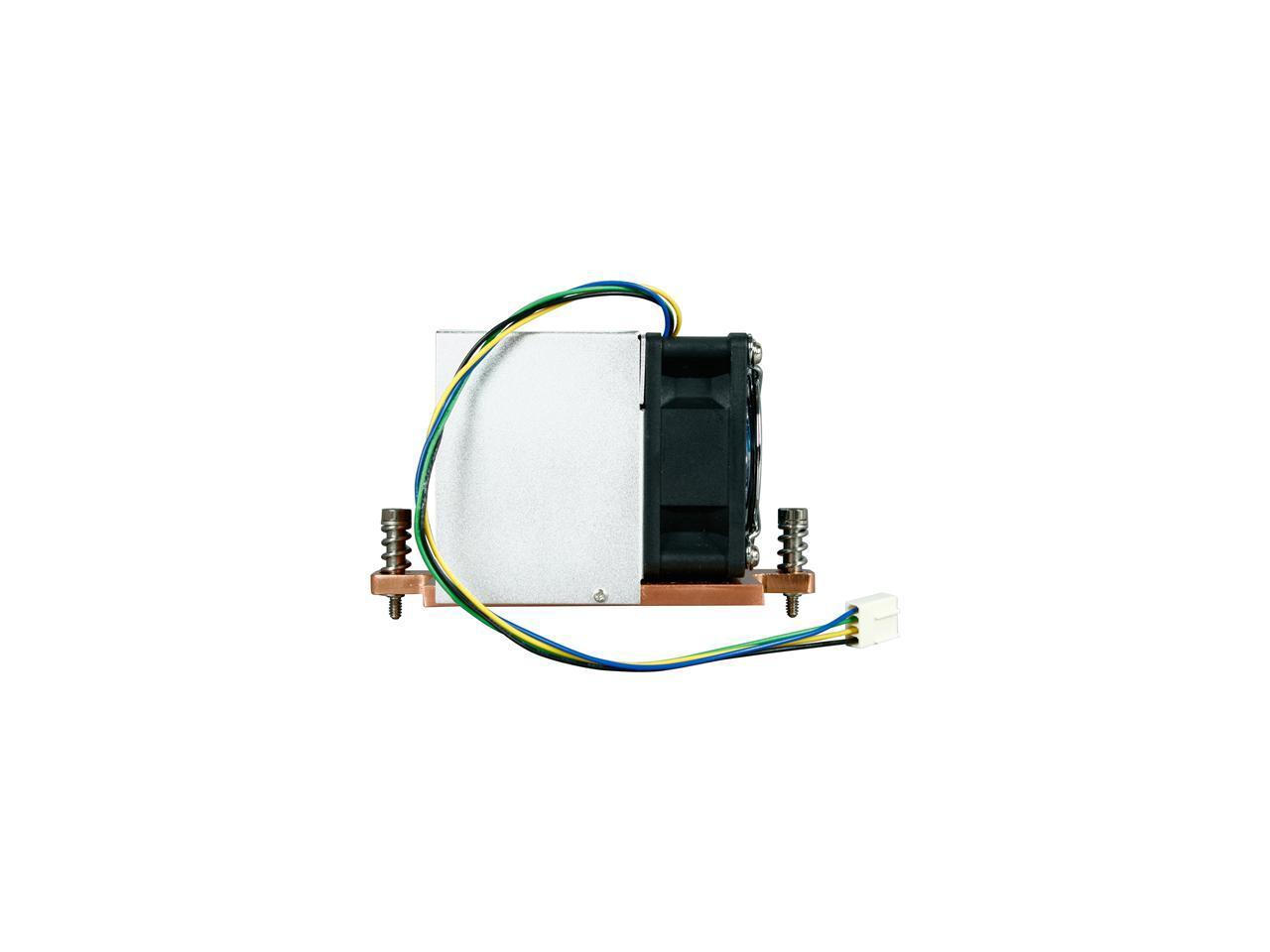 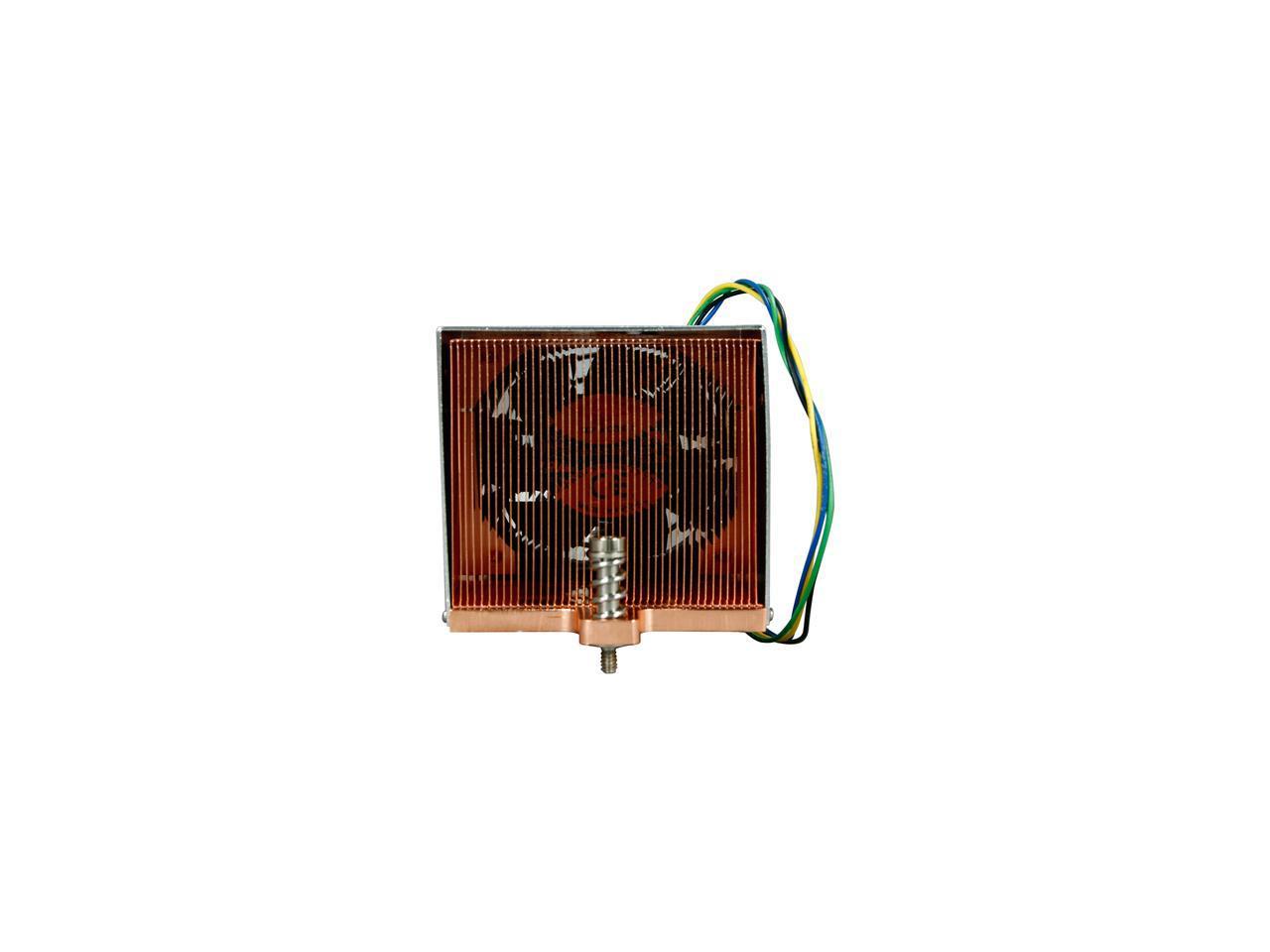 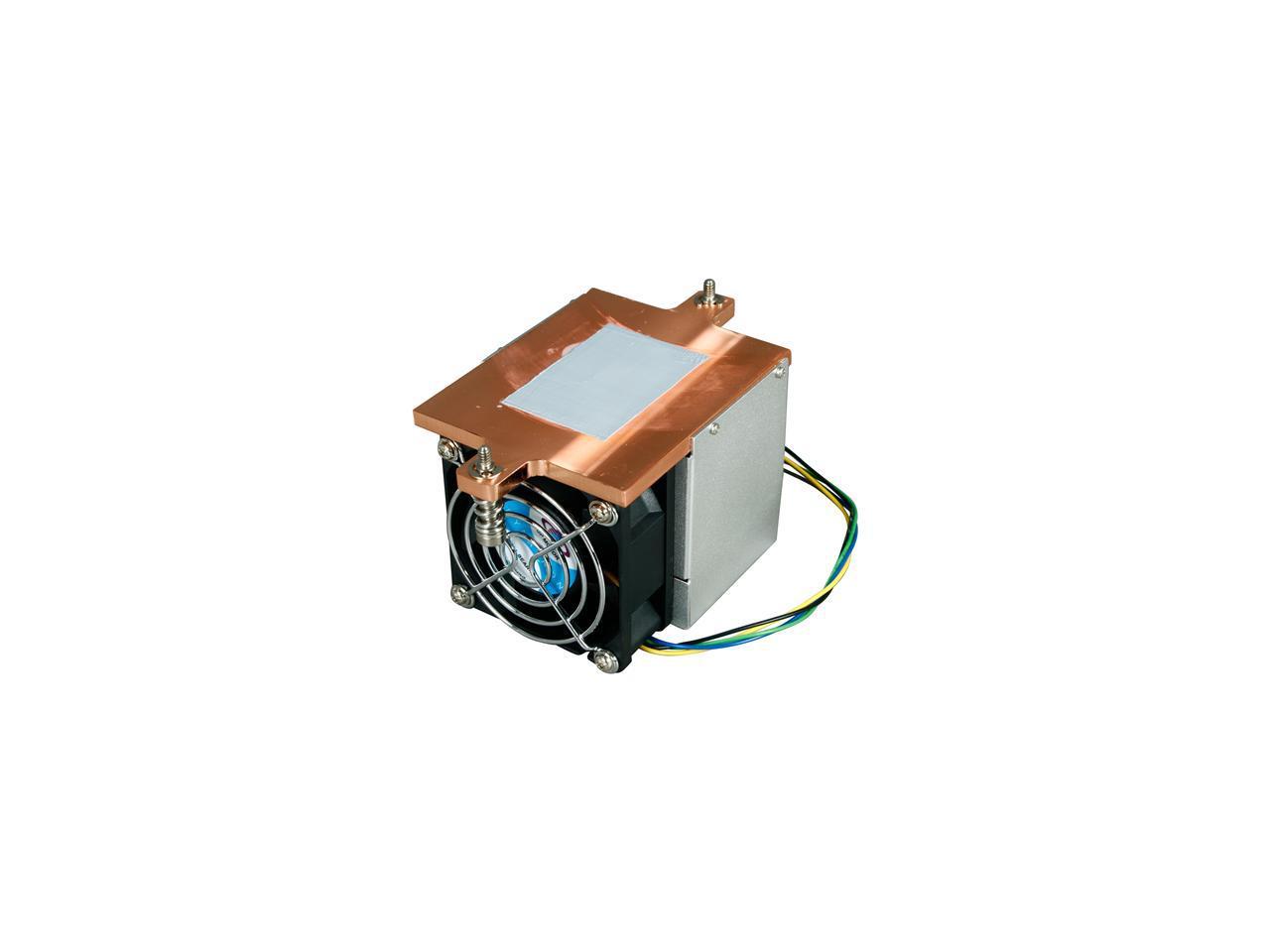 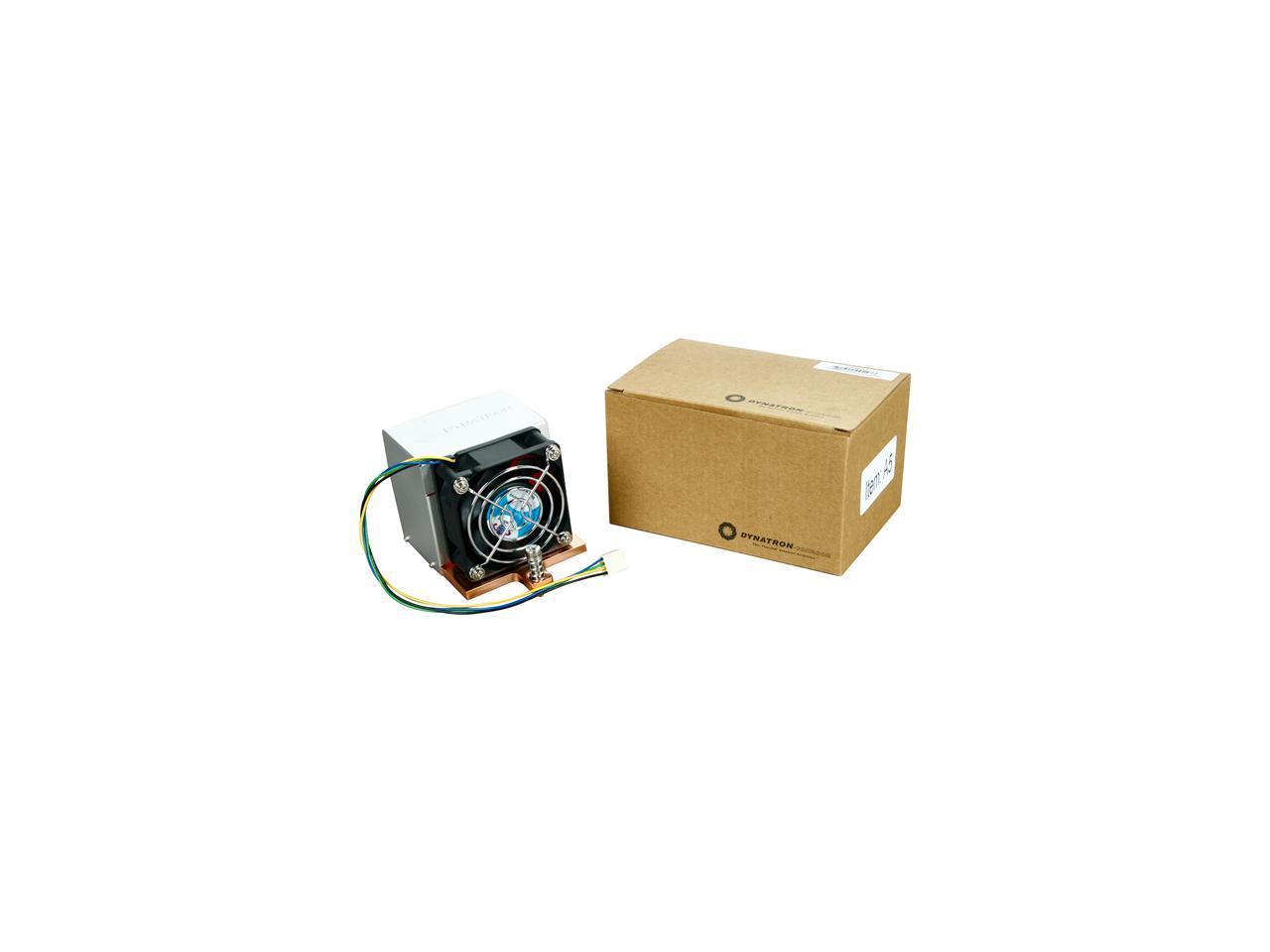 Learn more about the Dynatron A5

Pros: It is capable of keeping a fully loaded 6174 out of thermal trouble.

Cons: But it isn't capable of cooling quietly. Get the A6 cooler instead which handles more heat, and does it a lot more quietly.

Pros: following the review of the other I tried the A6. This fan has 4 pins, it is equipped with an alternator to vary its RPM. The regulator seems to be controlled by the mobo. Why this is a better fan than A6? 1- its radiator blades are deeper, 2- its fan blades are as deep, though supposedly to reduce the noise, but because of its real cooling architecture, blowing within a cube where the blades are, it is noisy when alternator blast it at high speed, and 3- most importantly, because of the way its layout, it blow away the heat in the direction to the outside of the box, dissipating the heat externally (horizontally) unlike the Dynatron A6 that blow laterally and may heat the surrounding components, 4- because of the previous point no 3, the surrounding memory DIMM which are already hot, won't be overheated adding more heat because of the fan.

Cons: It behaves differently from a mobo to another (see my other review), but this is suggested to be because of the mobo sensors. I would have gone by CoolIT liquid cooling, but it does not fit the G34!

Overall Review: it is noisy when processors are at high utilization running in a hot June, but it can keep you awake to remind me it is a summer night while you are programming on a 12 code CPU. Enjoy it again, 5 eggs

Pros: This cooling fan seems to have a regulator, not sure if fancontrol is managed by an lm'sensor. It is startup loud (at high speed) than low drop its RPM rotation at Linux booting using supermicro mobo MBD-H8SGL. When booting the same Linux kernel using Asus mobo KGPE-D16, the fan is almost silent, starting at lowest speed and remaining at low RPM (almost not cooling the CPU). This CPU fan is doing its job, but the combination of kernel with mobo circuitry and software control may be the issue in regulating this fan. The fan details shows that the RPM laternate. Alternator may be for three different speeds. Whether you are bootstrapping the system with an OS or not, the fan always starts at full blast RPM when used in a supermicro MBD-H8SGL. When used with Asus mobo , it is always silent - wondering if it is even cooling or being regulated by the asus mobo KGPE-D16. The kernel used in this report is from Fedora F13. No testing with PWM controls (pwmconfig) has been done at this point

Cons: At full speed the fan is loud like a Honda civic AC fan alternator! So it is doing its cooling job. Issue with Asus mobo KGPE-D16 , the circuitry seems not to sense the CPU high temperature to kick the fan at higher speed. Also suspicious about Asus KGPE-D16 sensor, reporting wrong temperature for CPU under heavy load.

Overall Review: If someone using this cooling fan in Linux system using Asus KGPE-D16 or Supermicro mobo MBD-H8SGL-F-O , and got a chance to play with hardware monitor PWM pwmconfig, please update this report. In between, the supernicro MBD-S8HGL is equipped with nice 1998's Matrox G200 matrox g200eW which may be better than Asus KGPE-D16 graphics Aspeed AST2050. Neither compatible with Linux, not even in VGA mode! 5 eggs for Dynatron. I will take off the eggs from Asus mobo review.

Pros: this is very horrible waste of time and money i waste so much time to put together with bad guides and finally i get it on the cpu then when the computer is on it is not workng WOw GREAT. so i try again again again and it doesnt work. so i just throw away bye bye

Cons: thank you for send garbage to my house i throw away now

Overall Review: I have this installed on a Supermicro H8DG6-F motherboard with two AMD 6272 16-core processors, so it has a lot of heat to transfer. The noise at full speed is loud and high pitched - very annoying. This MB puts the memory very close to the CPU, but this heatsink does n'ot cantilever out over the rest of the MB. This is easiest installation of any AMD or XEON heatsink I have ever seen. Can be done with one hand, in the dark, without documentation, in one minute.

Pros: Piece of copper with fins and an 60 mm fan with a fan grill. Super quiet and can be super loud whichever you want. Fan is easily replaceable as are the bearings.

Cons: At least 2u tall

Overall Review: Currently keeping an Opteron 6128 to 53C under very light load, and usually rises to ~56 or so under a 20% load. While the workstation is not intended to stress test the heatsink, I would be surprised if it was unable to cool the processor under a much heavier workload.