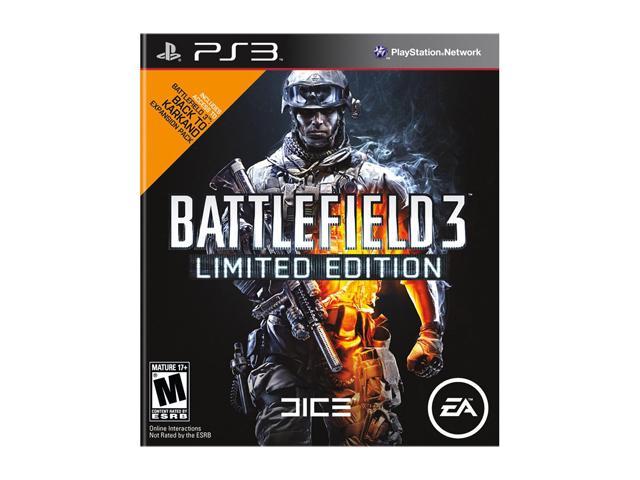 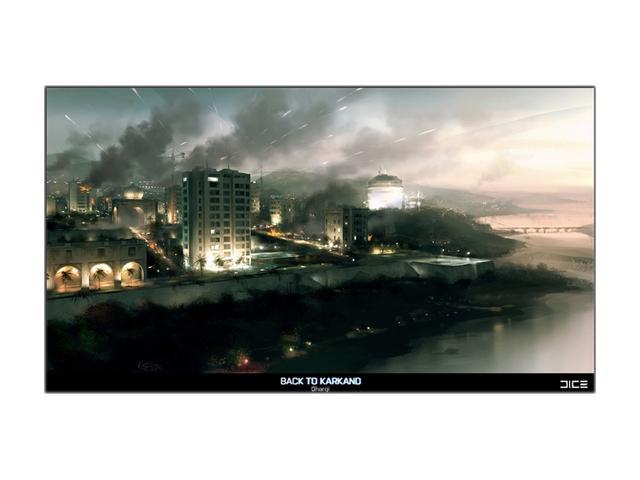 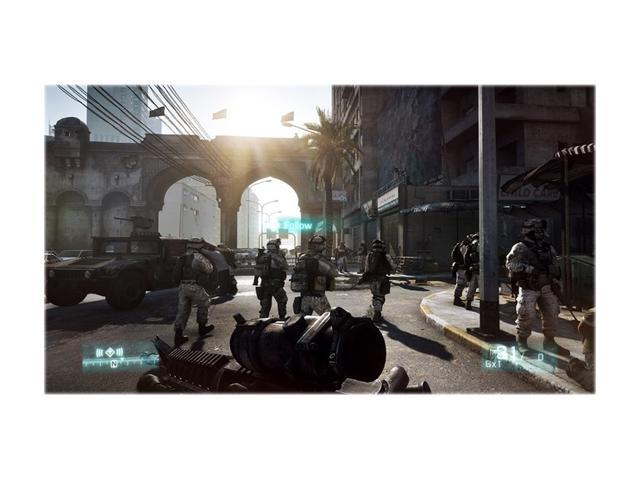 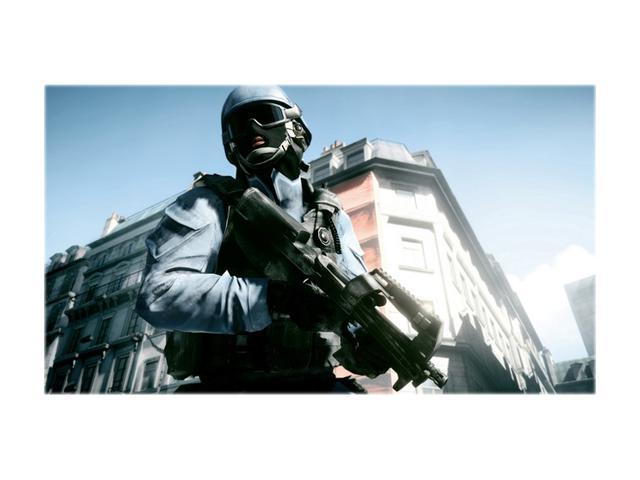 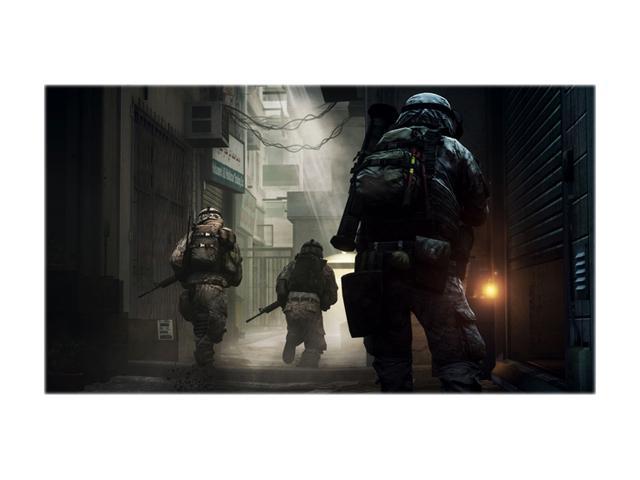 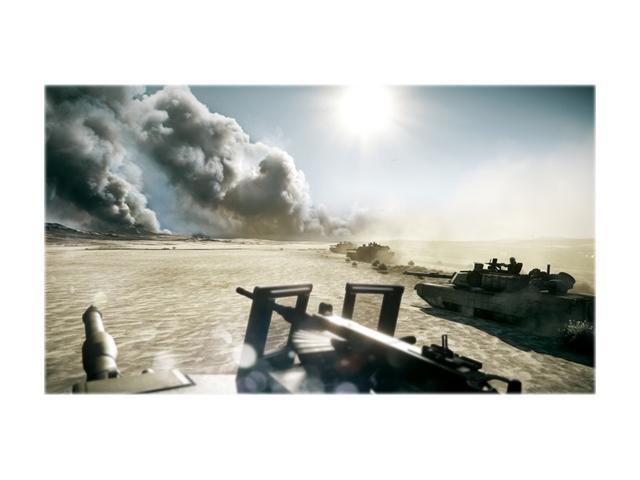 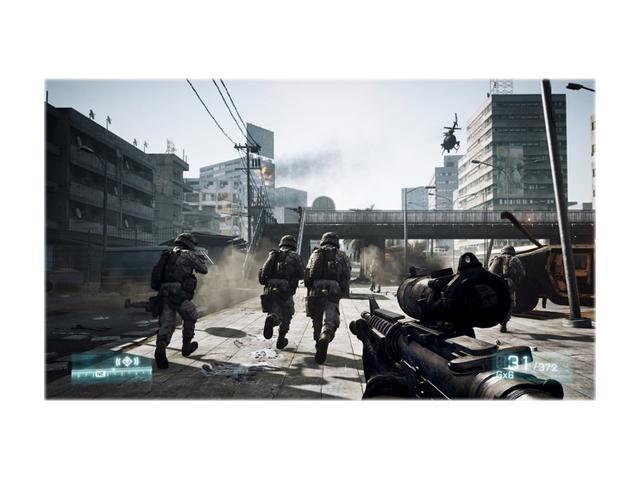 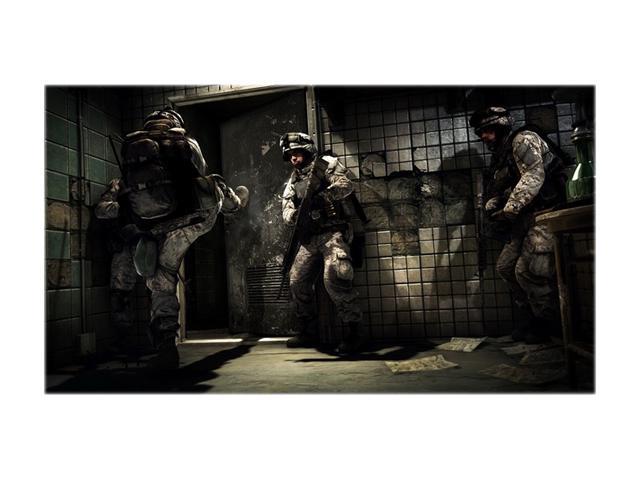 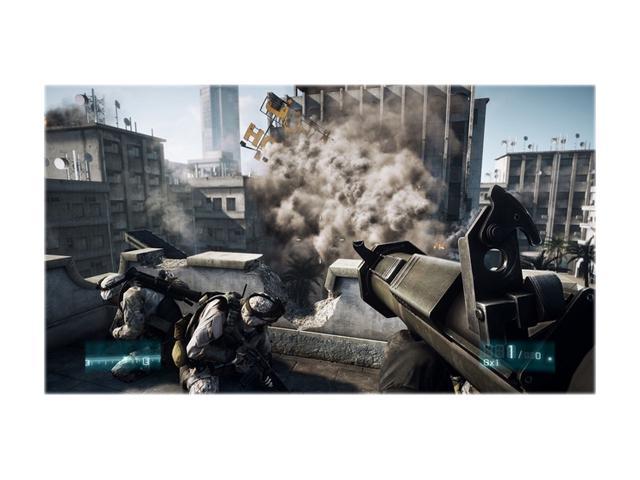 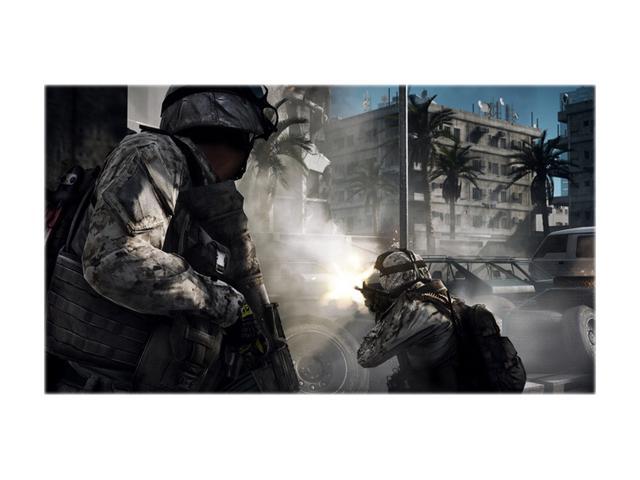 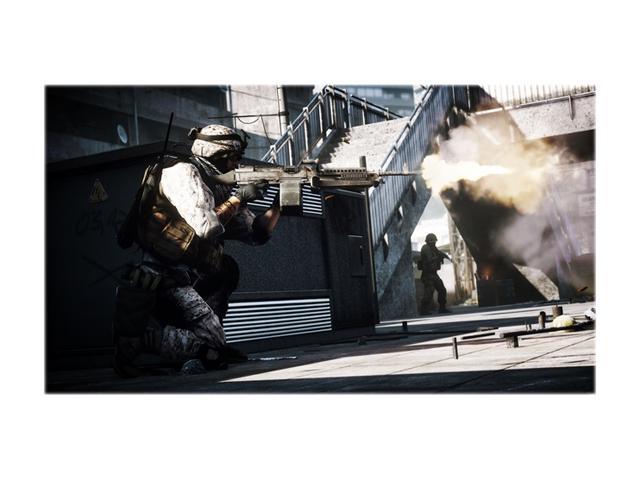 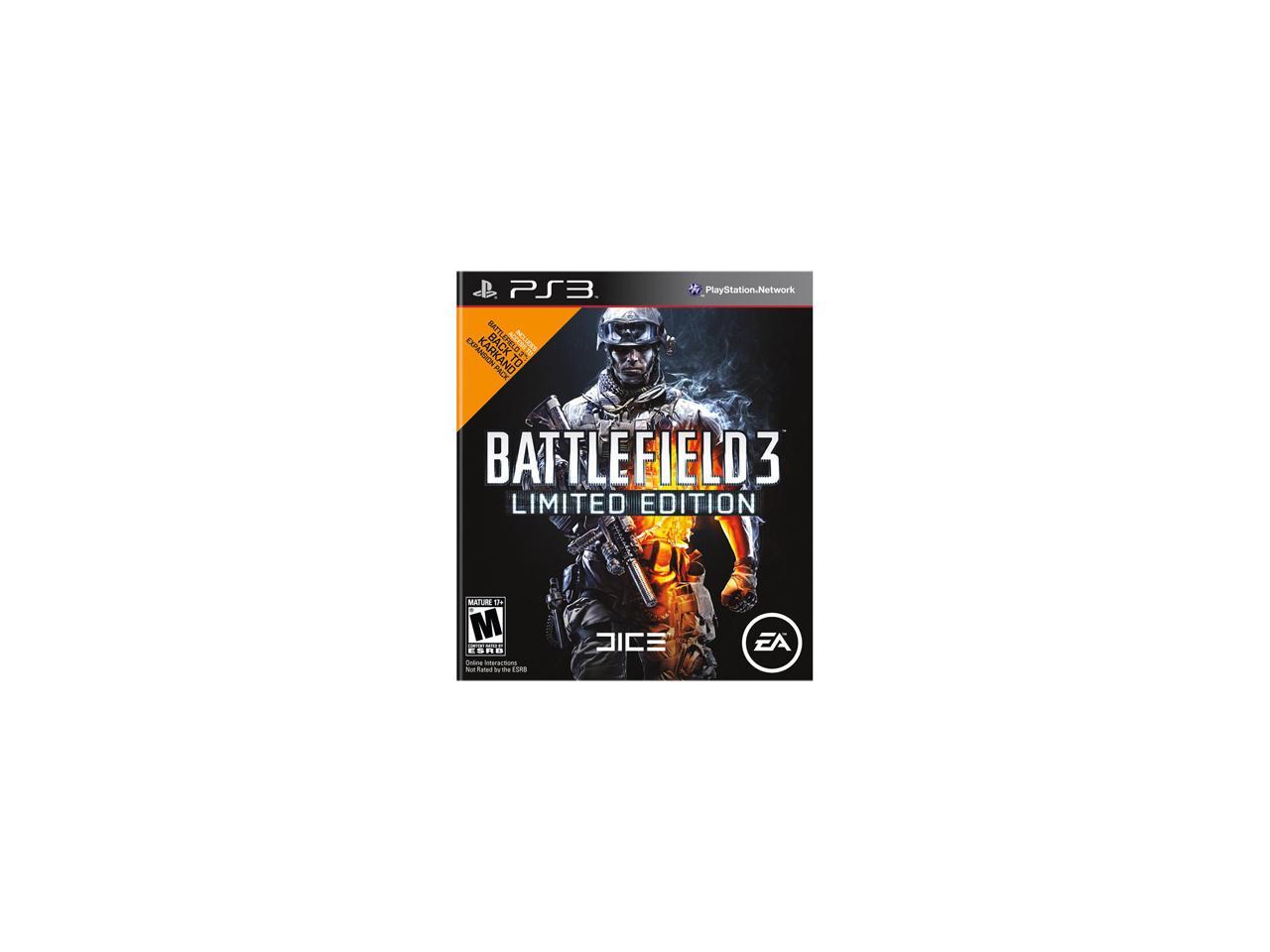 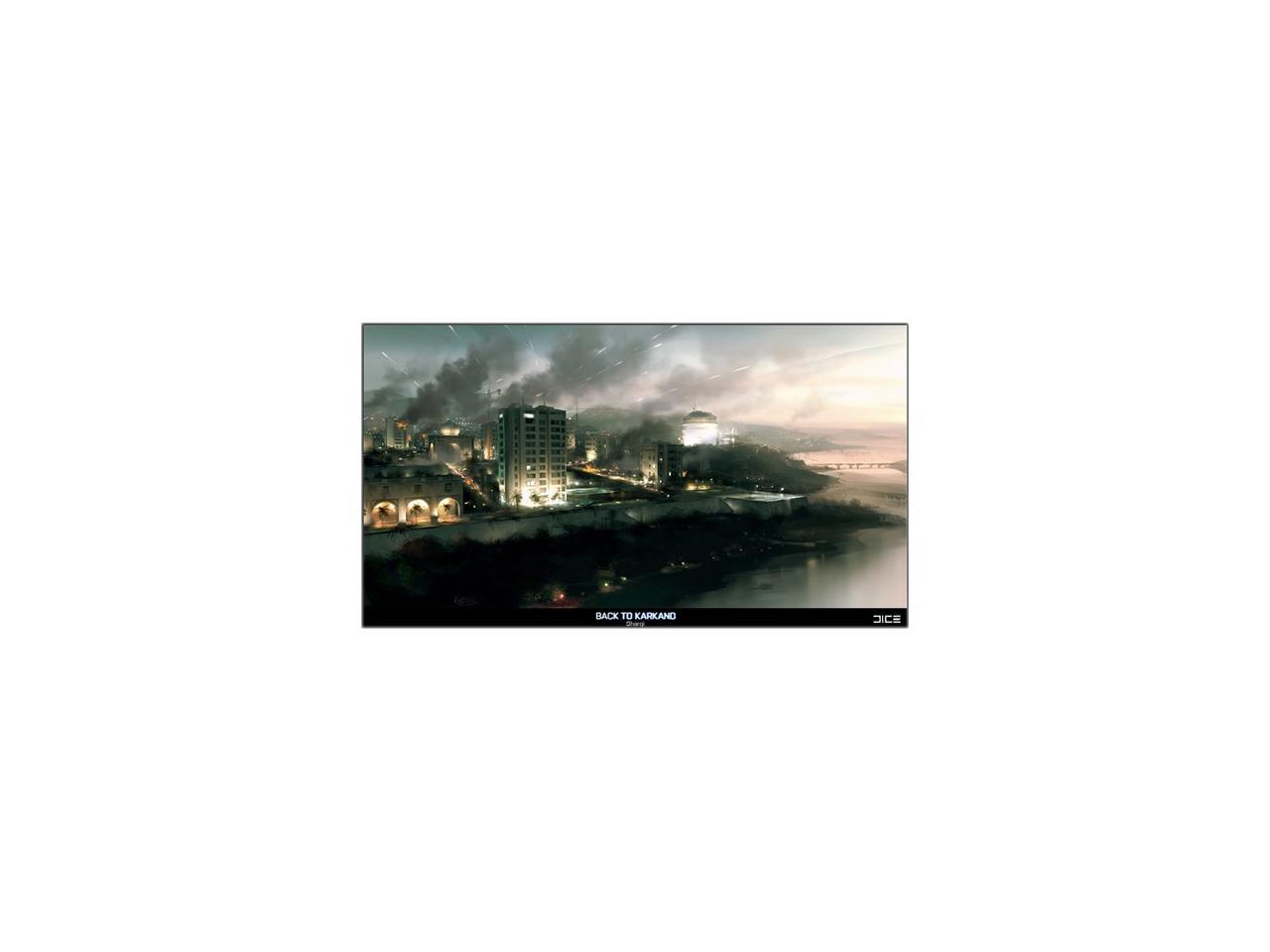 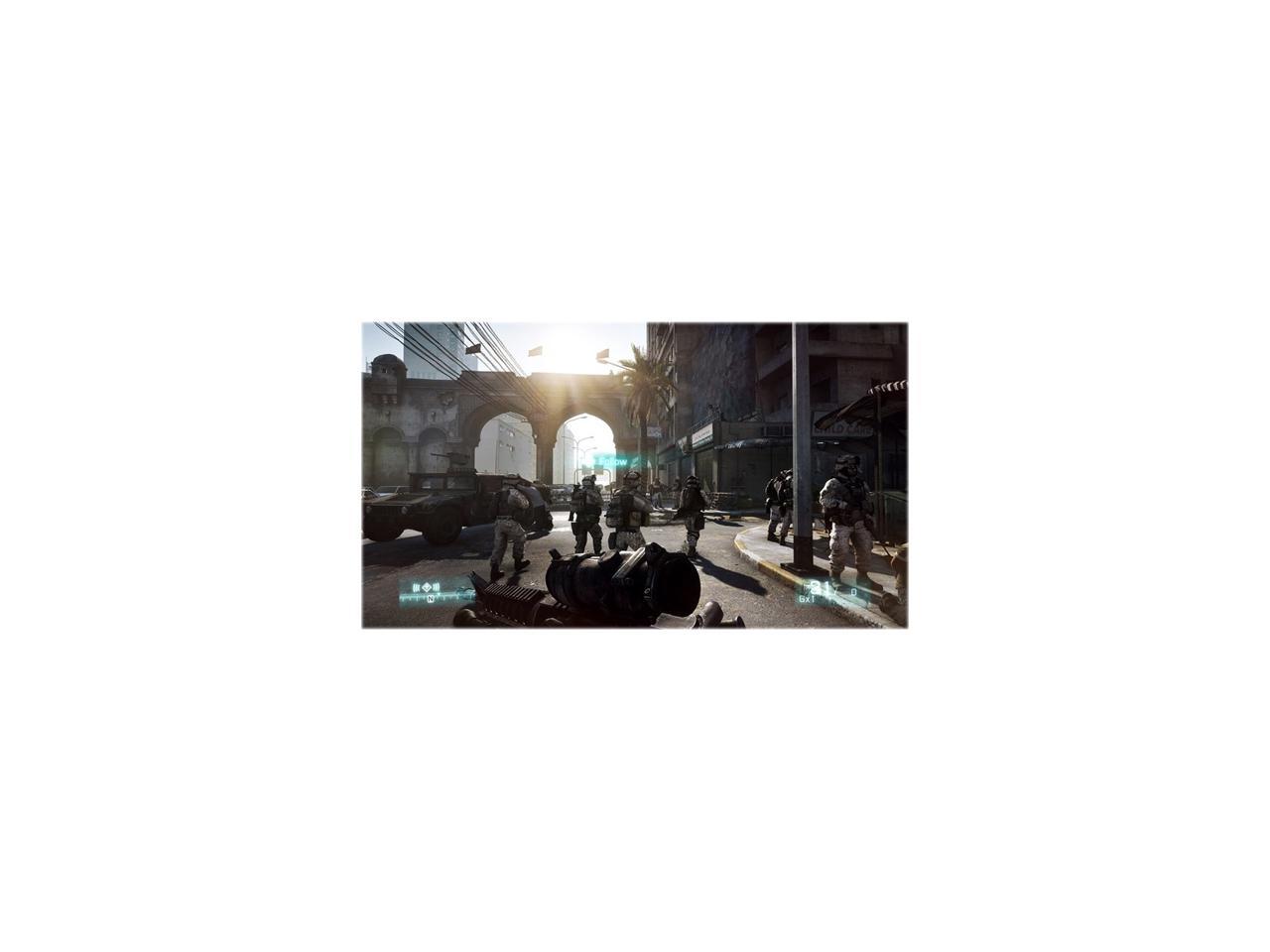 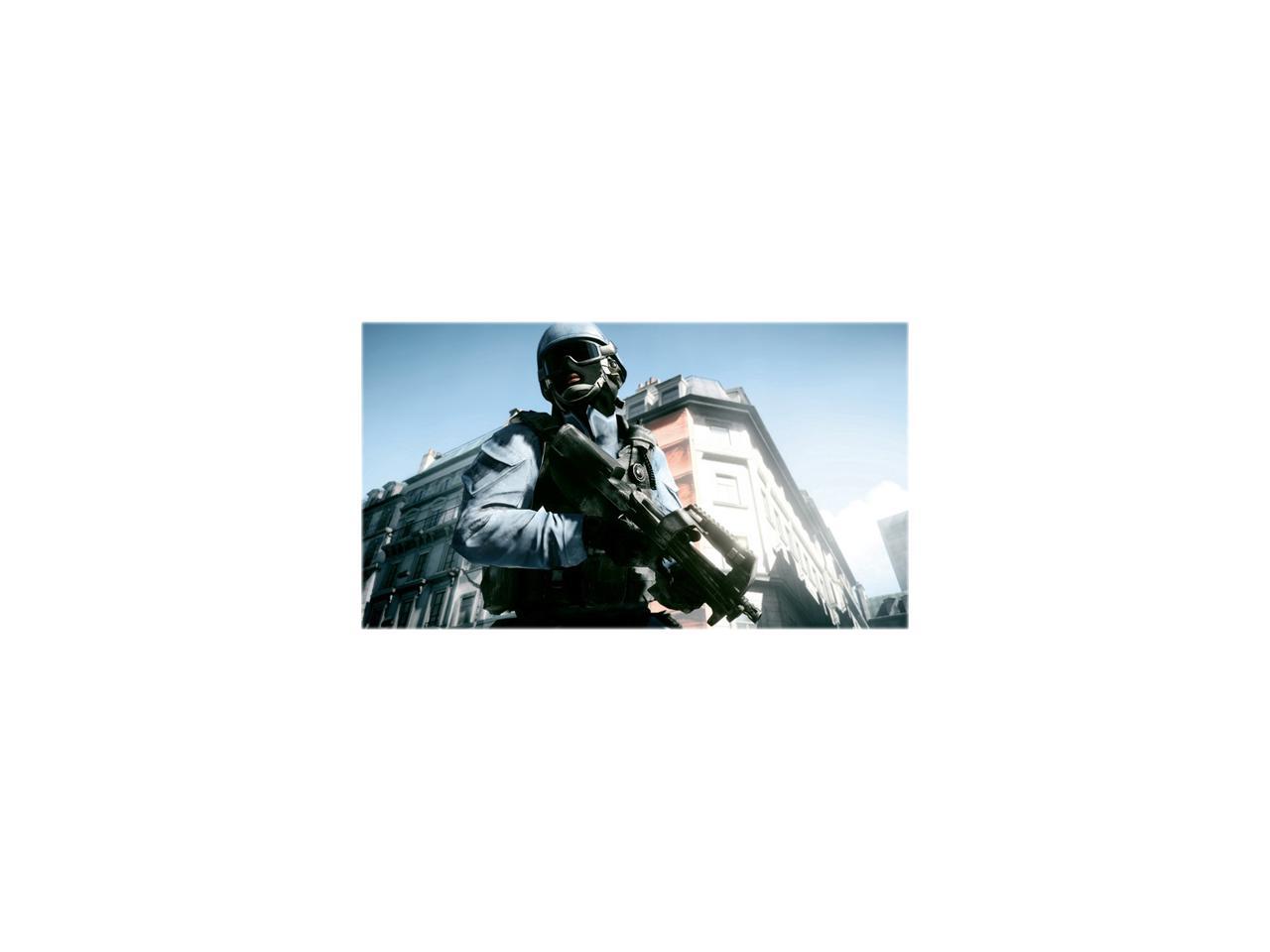 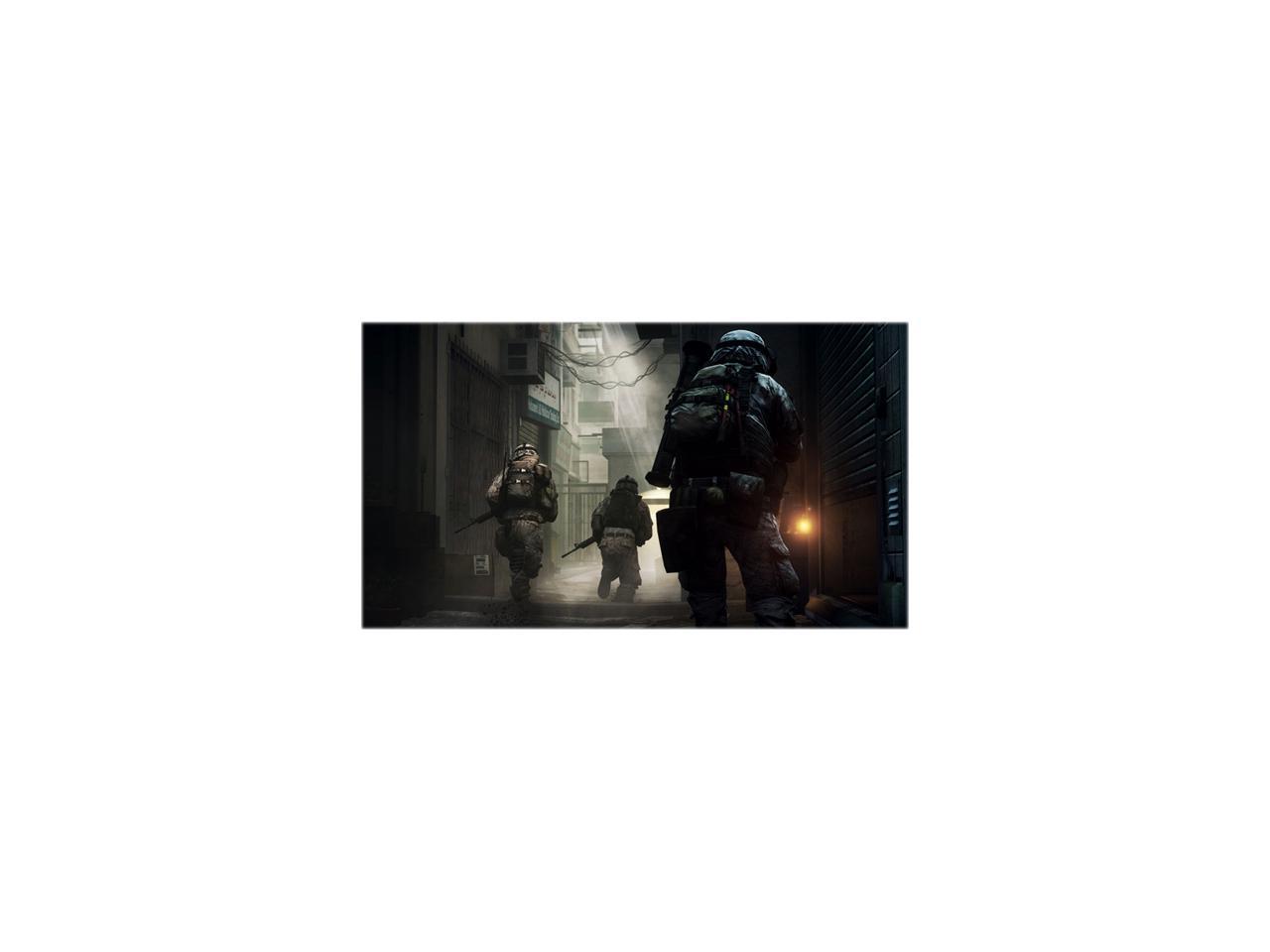 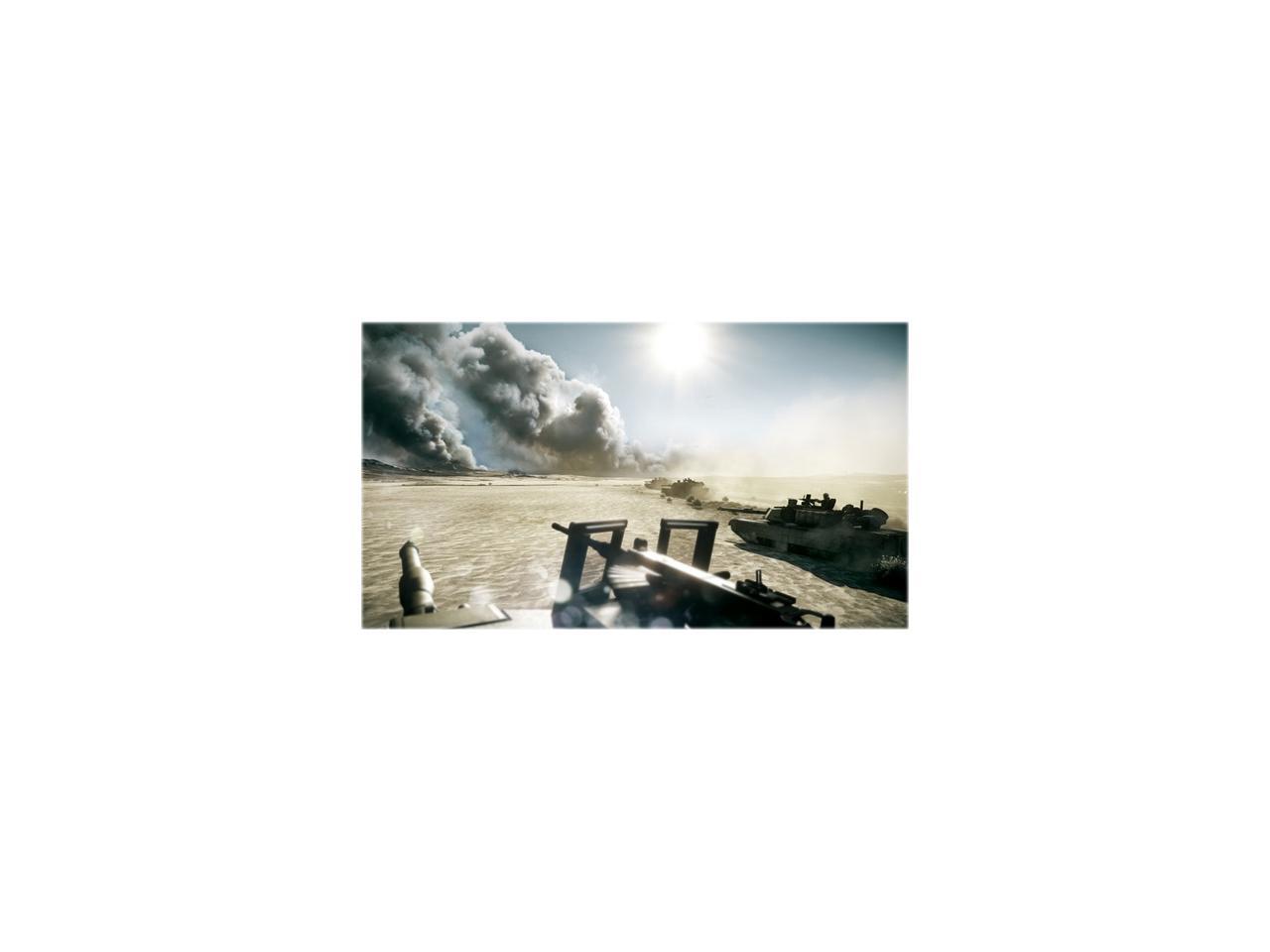 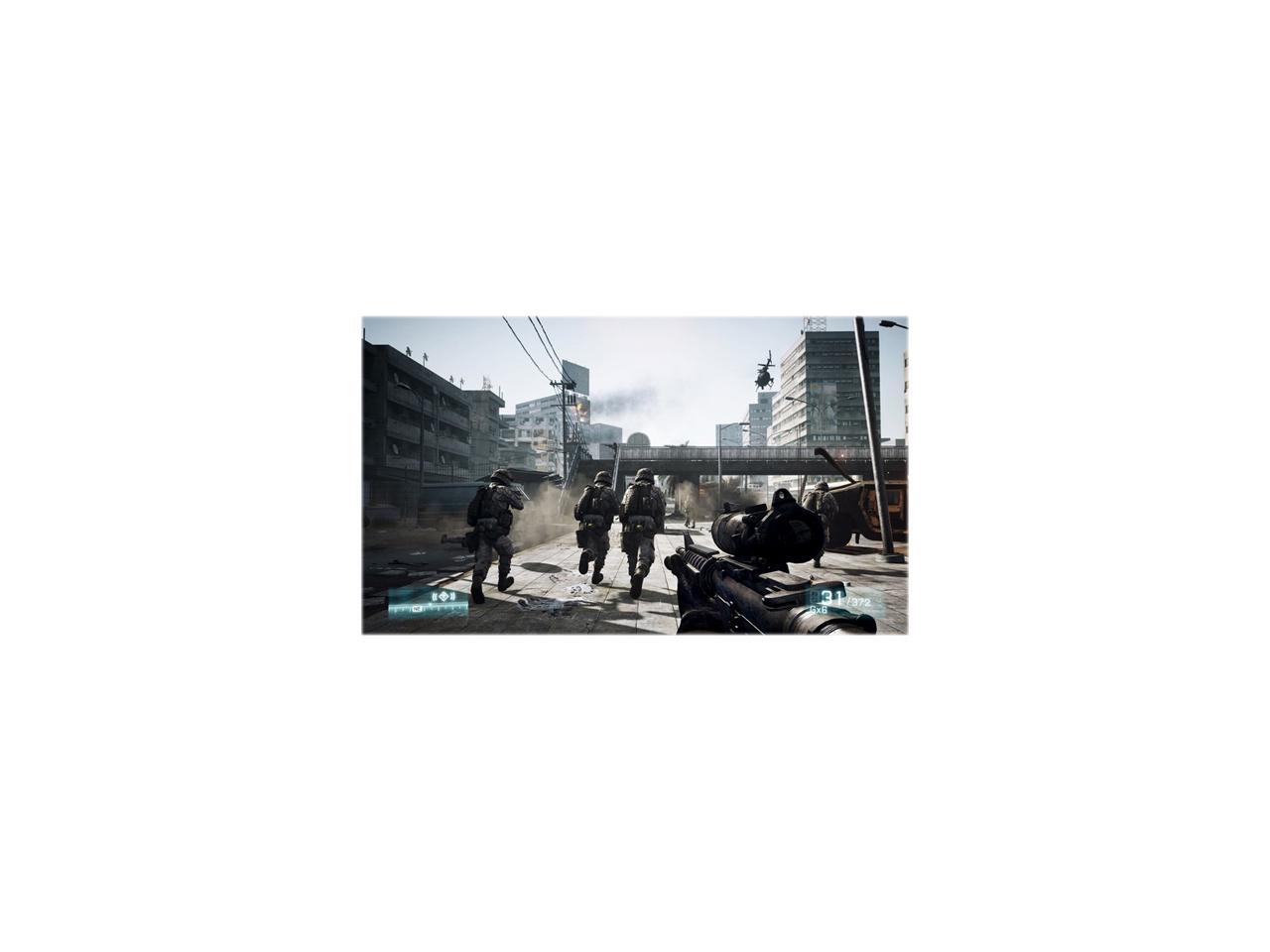 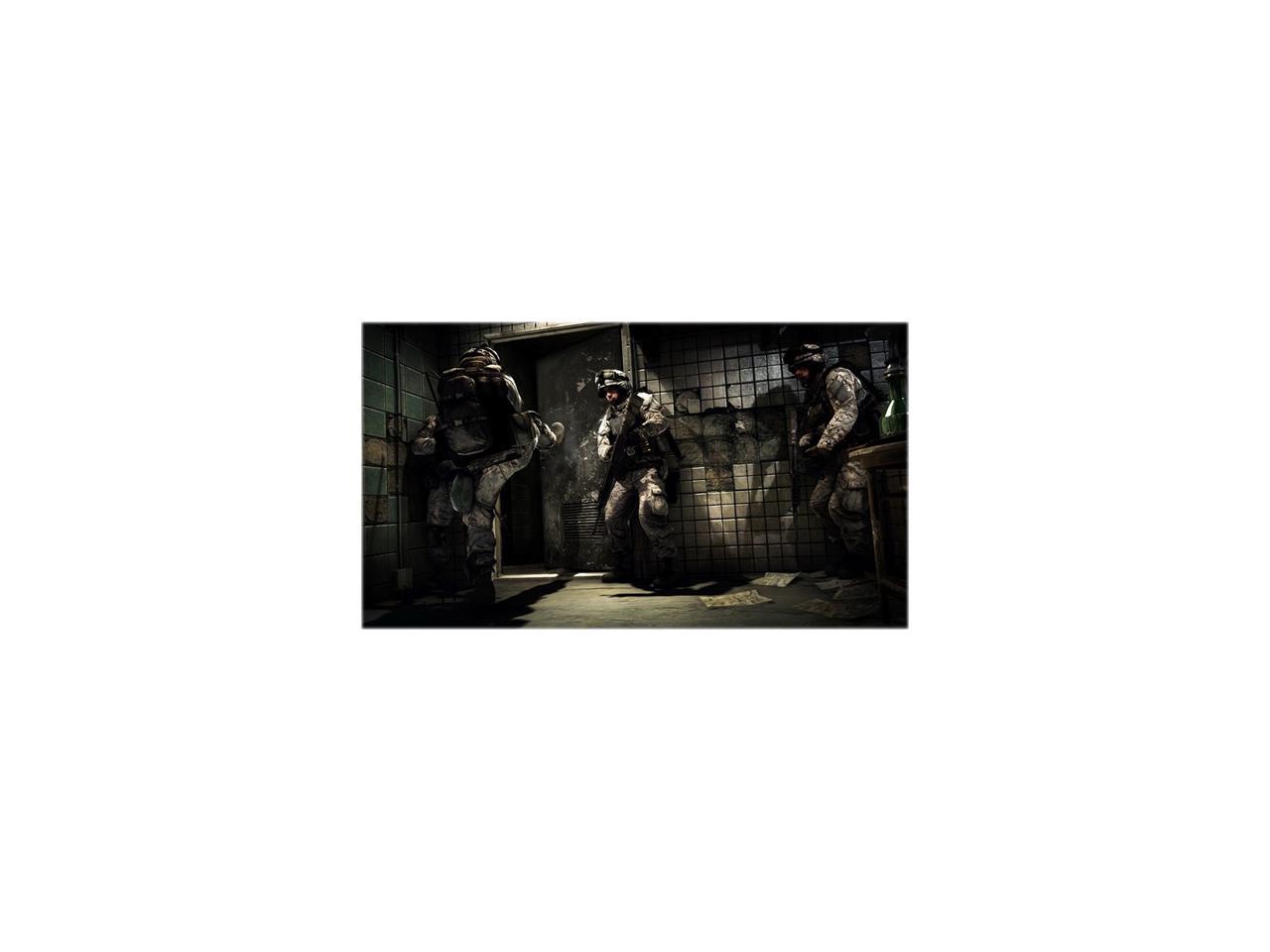 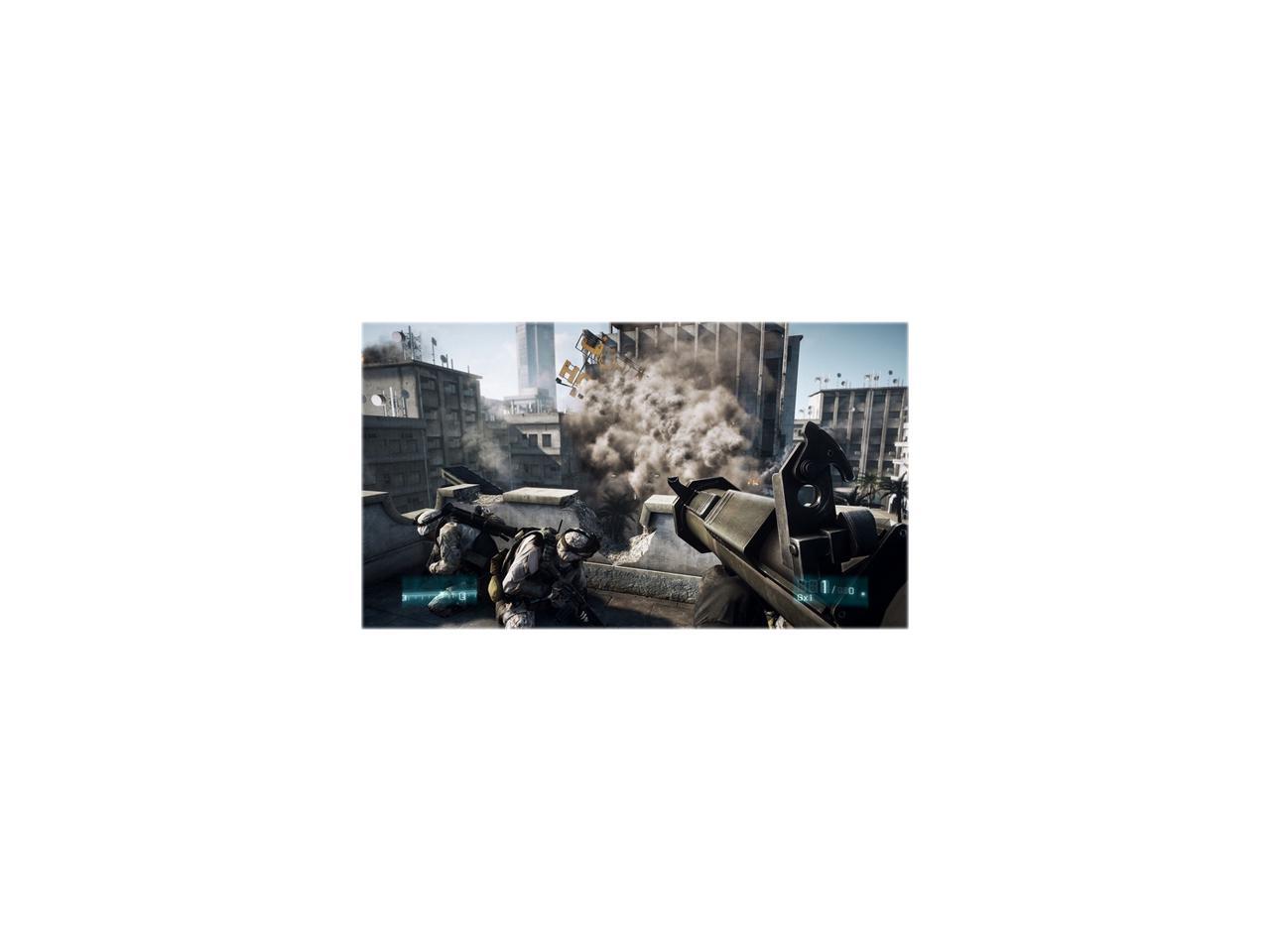 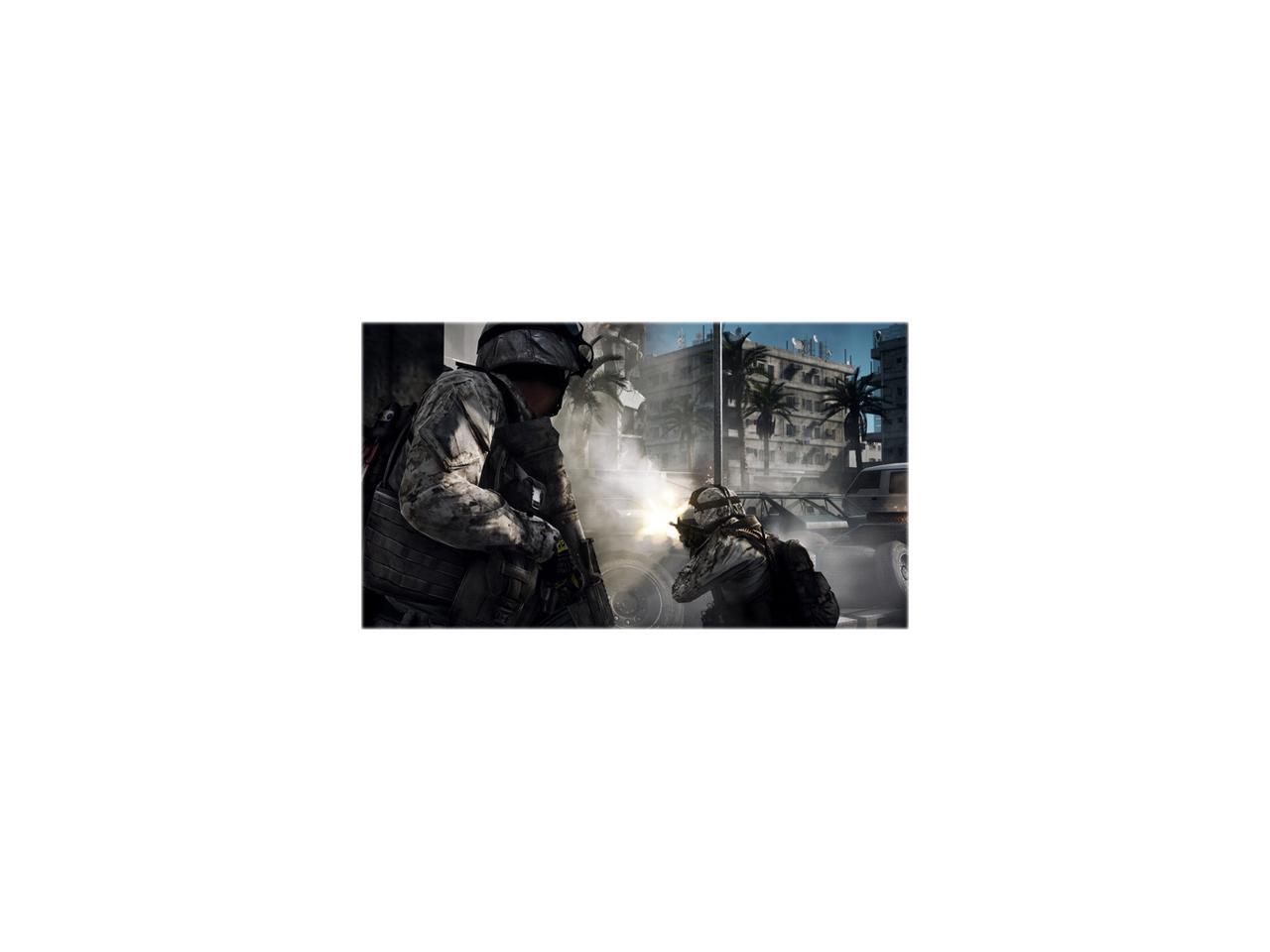 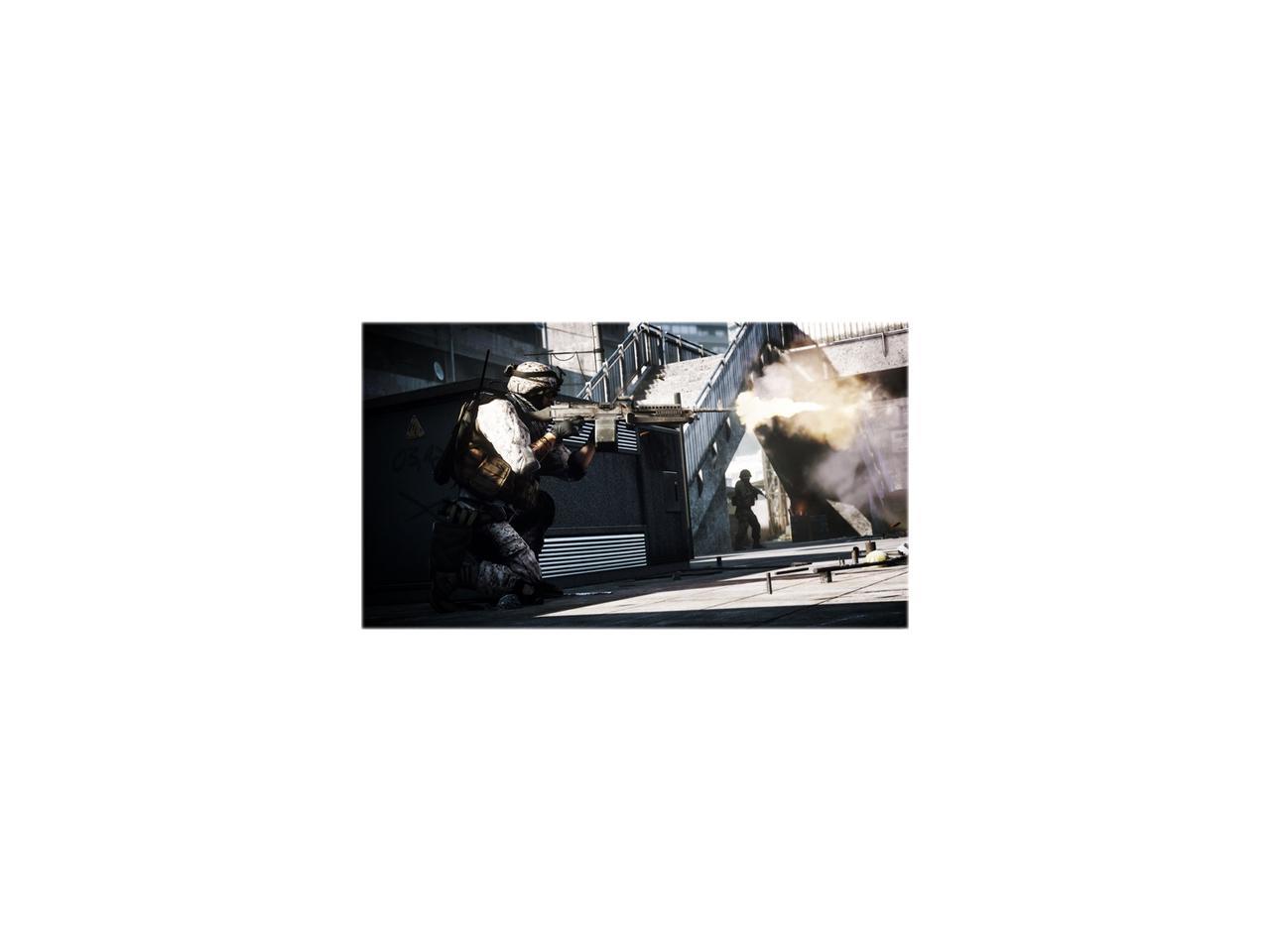 (30) Write a Review
OUT OF STOCK.
Overview
Specs
Reviews
Battlefield 3 - Limited Edition contains the Battlefield 3: Back to Karkand expansion pack for free. The expansion includes four legendary maps from Battlefield 2 boldly re-imagined in the Frostbite 2 engine, as well as Battlefield 2 weapons, vehicles, and unique rewards.
Battlefield 3 leaps ahead of the competition with the power of Frostbite 2, the next installment of DICE’s cutting-edge game engine. This state-of-the-art technology is the foundation on which Battlefield 3 is built, delivering superior visual quality, a grand sense of scale, massive destruction, dynamic audio and incredibly lifelike character animations. As bullets whiz by, walls crumble, and explosions throw you to the ground, the battlefield feels more alive and interactive than ever before. In Battlefield 3, players step into the role of the elite U.S. Marines where they will experience heart-pounding single player missions and competitive multiplayer actions ranging across diverse locations from around the globe including Europe, Middle-East and North America.

Pros: Just got the limited edition for $40!! so much cheaper then anywhere else and with the limited edition there is no need to buy the $15 DLC. The game can be a little slow at times and getting 7-10 kills seems average for me per round. but this is hands down better then COD. BF3 actually cares about it's players and doesn't just make a new single player with the same ol' maps as the last time. There are some maps that have been redone but it's to a higher level. COD just copy pastes everything. If your looking for a FPS, don't waste you money on COD, just get the best game. BF3

Cons: maps are huge and sometimes spawning in the site of enemies can happen if they are taking over a base. needs a better way to balance teams. wish it was in 1080p

Overall Review: sounds are great on a 5.1 and looks great on the 46' Samsung LCD. wish my PC was able to play this game. mouse and keyboard are so much better then a controller.

Overall Review: Most realistic game I've played yet. Excelent action in campaign mode. Co-op is not bad but could be better. Multiplayer is almost perfect, due to the random disconnects from the server. Im sure they'll patch it. And expansion packs are looking good (Back to Kirkand). In my opinion, worth every penny. Newegg next day shipping was flawless. Also. Im getting MW3 btw. Both games are amazing in their own way.

Pros: * Great Sound and Graphics * Well thought out maps on multiplayer boards * Good detail on weapons, they have recoil. Aiming is a little tough and more realistic than COD series.

Cons: This game is full of bugs and should not have been released yet. Major multiplayer bugs: * It's a team based multiplayer game, but the voices (headsets) don't work. So you can't talk to anyone in your squad. * If you take the time to setup a squad with your friends, be prepared to be split up when the match begins * Then there are just weird bugs. One time I died and was sent to battlefield purgatory I guess. Everything became blue, I could hear the game, but couldn't move or do anything. Only thing I could do is hold down the PS3 button to exit the game. So I had to sit there for 10 minutes doing nothing while I waited for the game to end. * Animation issues, when reloading a weapon, the animation gets stuck in an infinite loop. The guy just keeps putting shotgun shells in the shotgun. * The servers are bad, you will get dropped and have a hard time finding games to play. You will also deal with plenty of lag and jump in position.

Overall Review: The single player has Nintendo era AI. Enemies will just keep spawning over and over and over. You can kill 100 of them, won't matter. You need to complete the mission one way. There is also silliness in the AI. In one part your suppose to sneak up behind a guy with a knife. I threw a grenade at his head. It bounced off his head, hit the wall next to him and land at his feet. He then stood there staring straight ahead, the grenade blew up at his ankles. He was still standing awaiting to get stabbed from behind. If you buy it used, you'll have to pay for an online account, so you can't even sell the game if you don't like it. This game might be good in a few months, but I wouldn't rush out to buy it. I was also able to hide behind a TShirt to deflect bullets. As far as newegg goes, this was my first preorder from them. It was really nicely done, didn't charge me til it shipped, arrived on time, great price. I would buy another preorder game from them.

Pros: This game will give modern warfare 3 a run for its money. You can destroy everything in the multiplayer. Beautiful and large maps. Tons of vehicles. Wait til you get into the jet! The game is in a class by itself

Cons: Some minor things: After a match ends, you can't just leave the lobby. You have to wait until the next match starts, then quit. You cannot make R2 your trigger button. I'm used to using R2 as fire in CoD, so you're gonna have to get used to R1 as your fire button.

Overall Review: Beautiful game, worth every penny, game of the year material.

Overall Review: This game has changed everything, so much better than Call of Duty: Black Ops.

Pros: Had it pre-ordered for several months and it was worth every penny getting it new. Graphics are awesome but I think the sound alone is one of the most impressive points of the game. DICE definitely spent a lot of time getting the sound right. The amount of vehicles available is a big plus too. Game play is definitely different from Bad Company 2 but once you get used to it it's great.

Cons: Unable to cook grenades!! Hopefully a patch comes out for this. Some of the weapons are too weak, especially the sniper rifles. I would happily sacrifice some of the graphics on PS3 if it meant at least 32 player games. Some of the levels are just too large for 12 v 12. 20 minutes running around a giant map looking for people to fight gets frustrating sometimes.

Pros: Graphics, oh lawd. They took their time to ensure they pushed the envelope rather than bring you the exact same game as before. The gameplay is exceptional and everything is realistic. They really went for that genuine feeling. Yes a snipe shot will take more than one shot if you don't hit any vital organs. That's why they created the headshot. If they gave you the best guns right in the beginning then you would tire of the game quick.

Overall Review: This game has changed everything. Call of Duty will be desperately trying to play catch up. Modern Warfare 3 looks nice, but you'll realize that you're playing MW and MW2 and World at War and Black Ops again. Same dated, tired arcade style gameplay. I see their series headed for the arcades in malls for little kids to hold a plastic gun and shoot people that pop out from behind barrels and pallets.

Pros: I bought the game for my PS3 system, big fan of DICE games and BF3 was THE FPS game to buy next. campaign so far what i've played is good, not fantastic ... but it's entertaining with a really generic storyline with great voice acting. The $59.99 game price tag is worth it just for the Online Multiplayer.

Cons: Graphics are not as advertised !!! PERIOD !!! teaser trailers, demos and leaked gameplay was all from the PC version of the game...while the PS3 version looks really good... iagree with previus review this is just a PC port to home consoles. Resolution is 720p NOT 1080p

Overall Review: Online play is simply amazing and very entertaining!!! with tons of fast paced action that will have you playing for weeks to come. Truly stays with DICE style of games i.e BF:BC2, MOH