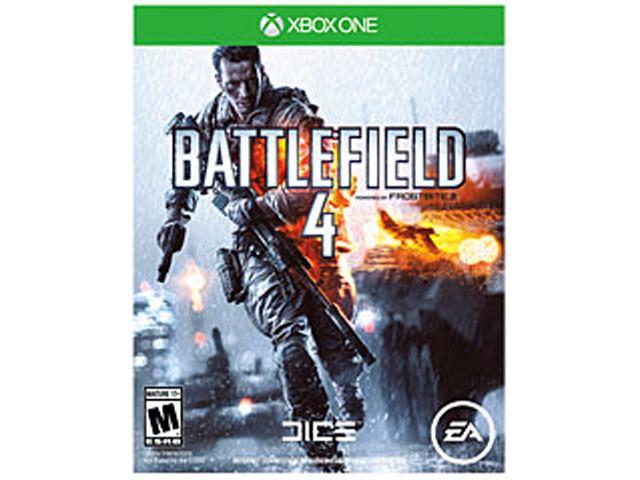 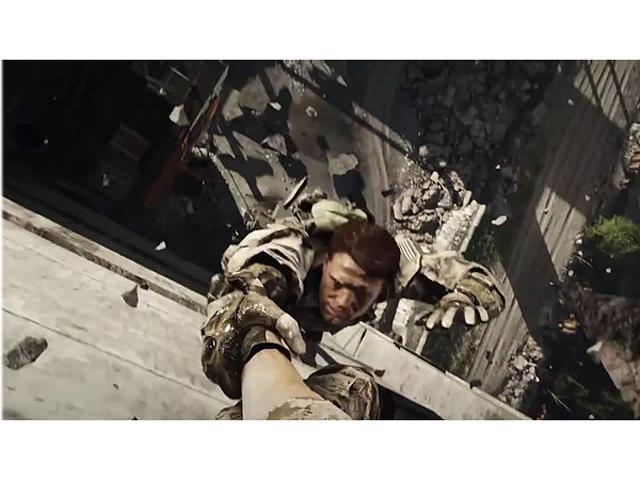 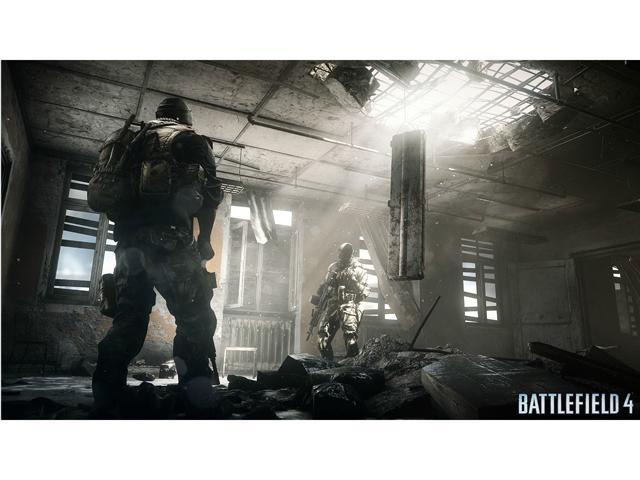 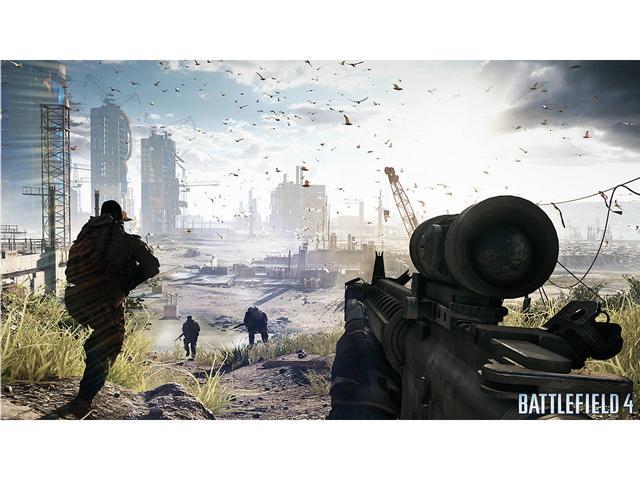 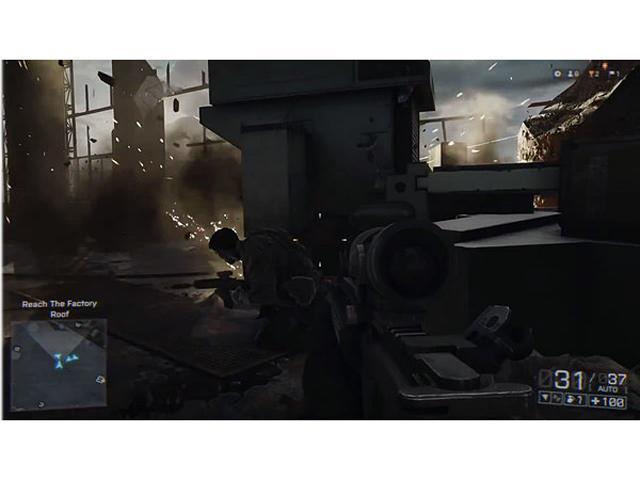 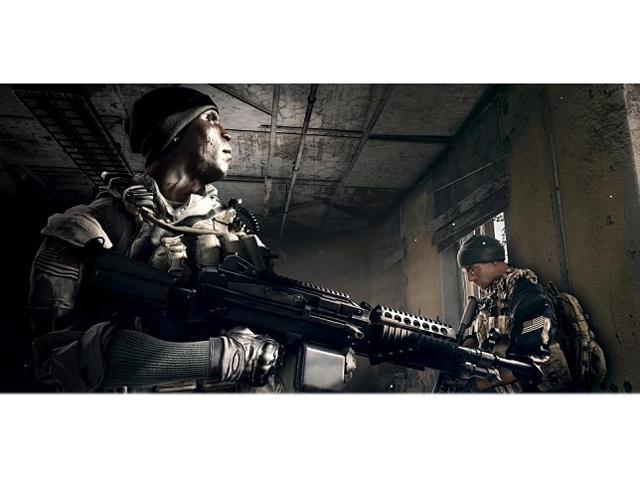 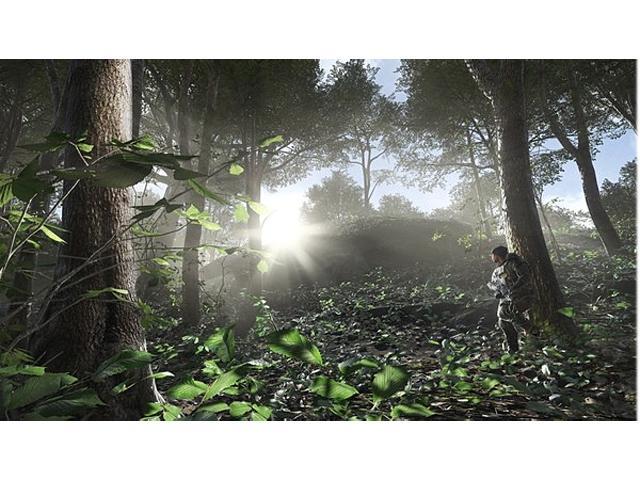 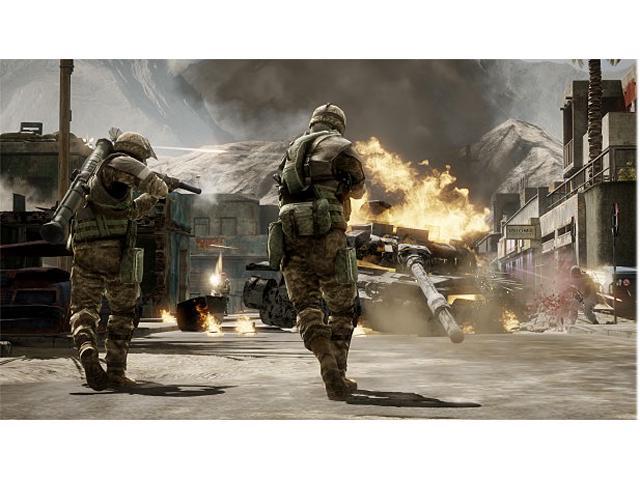 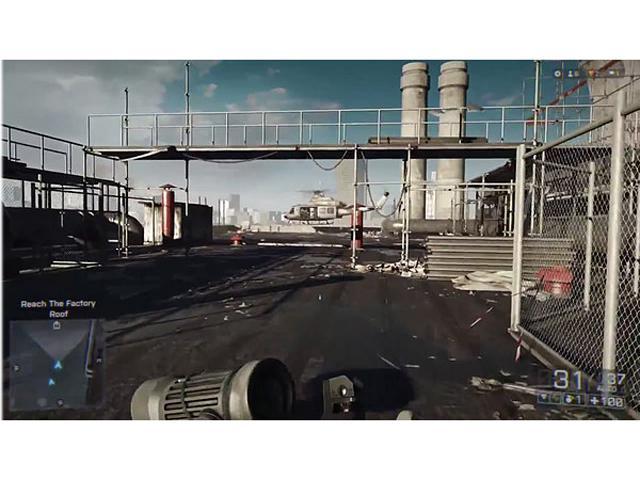 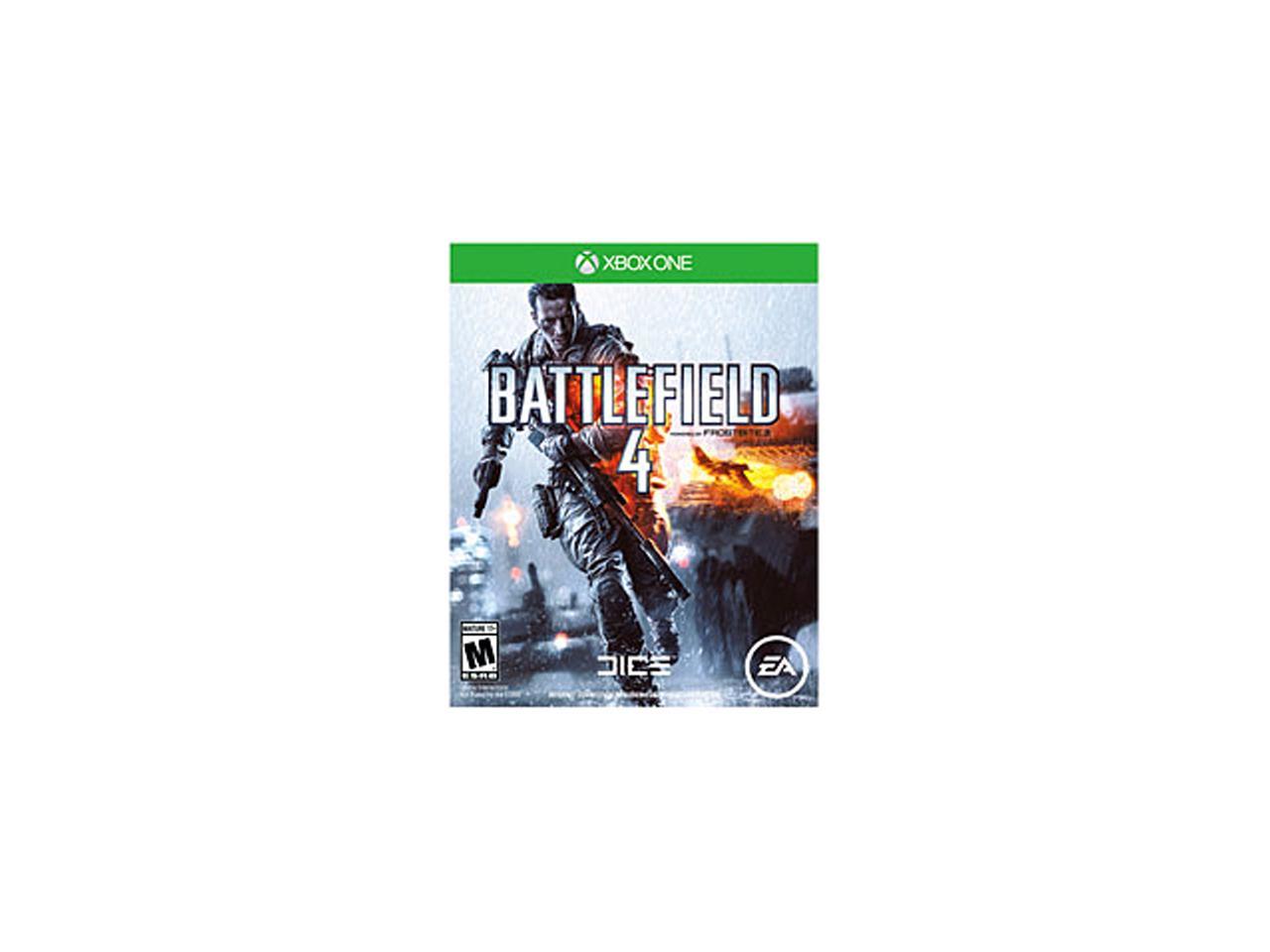 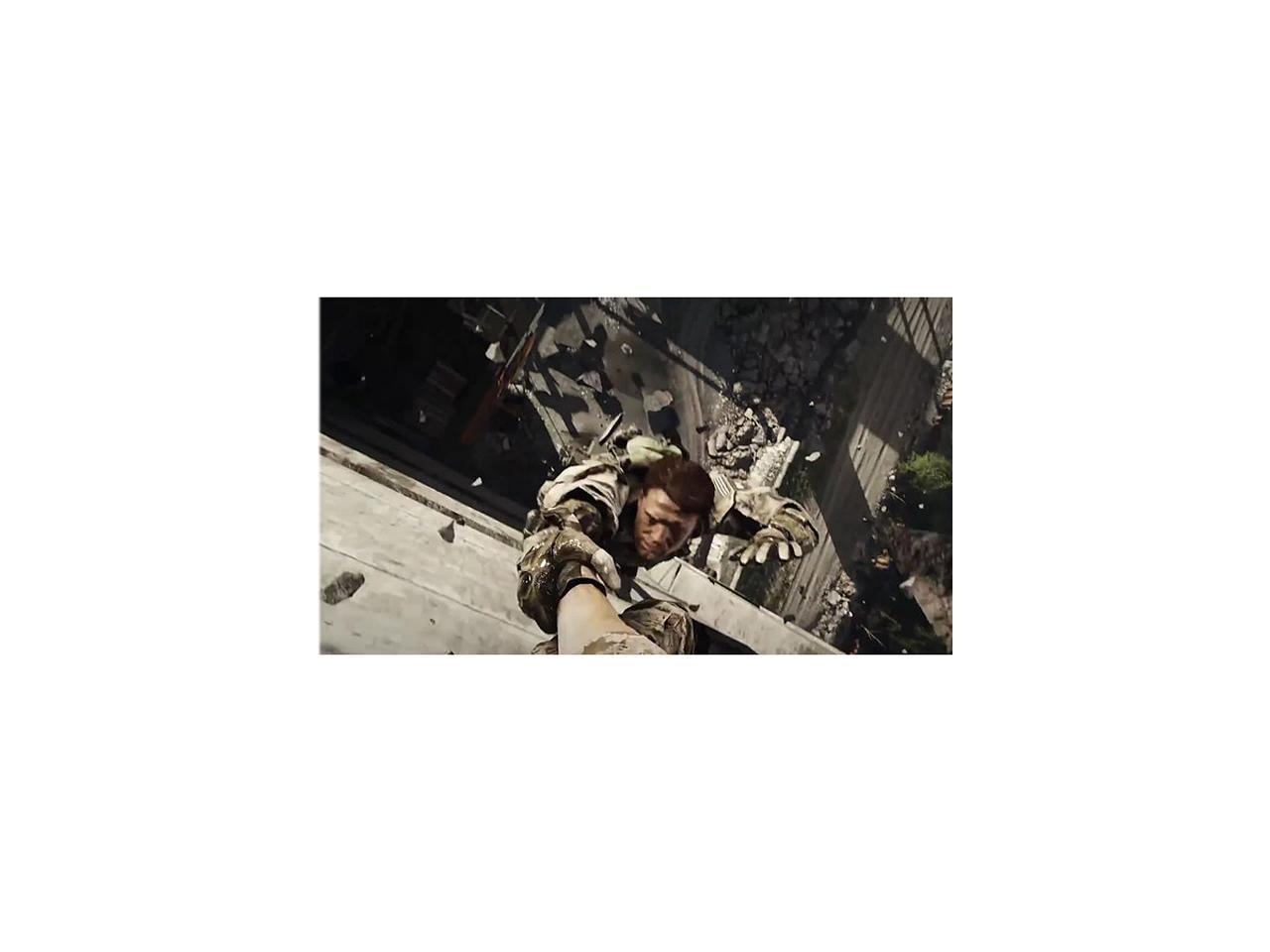 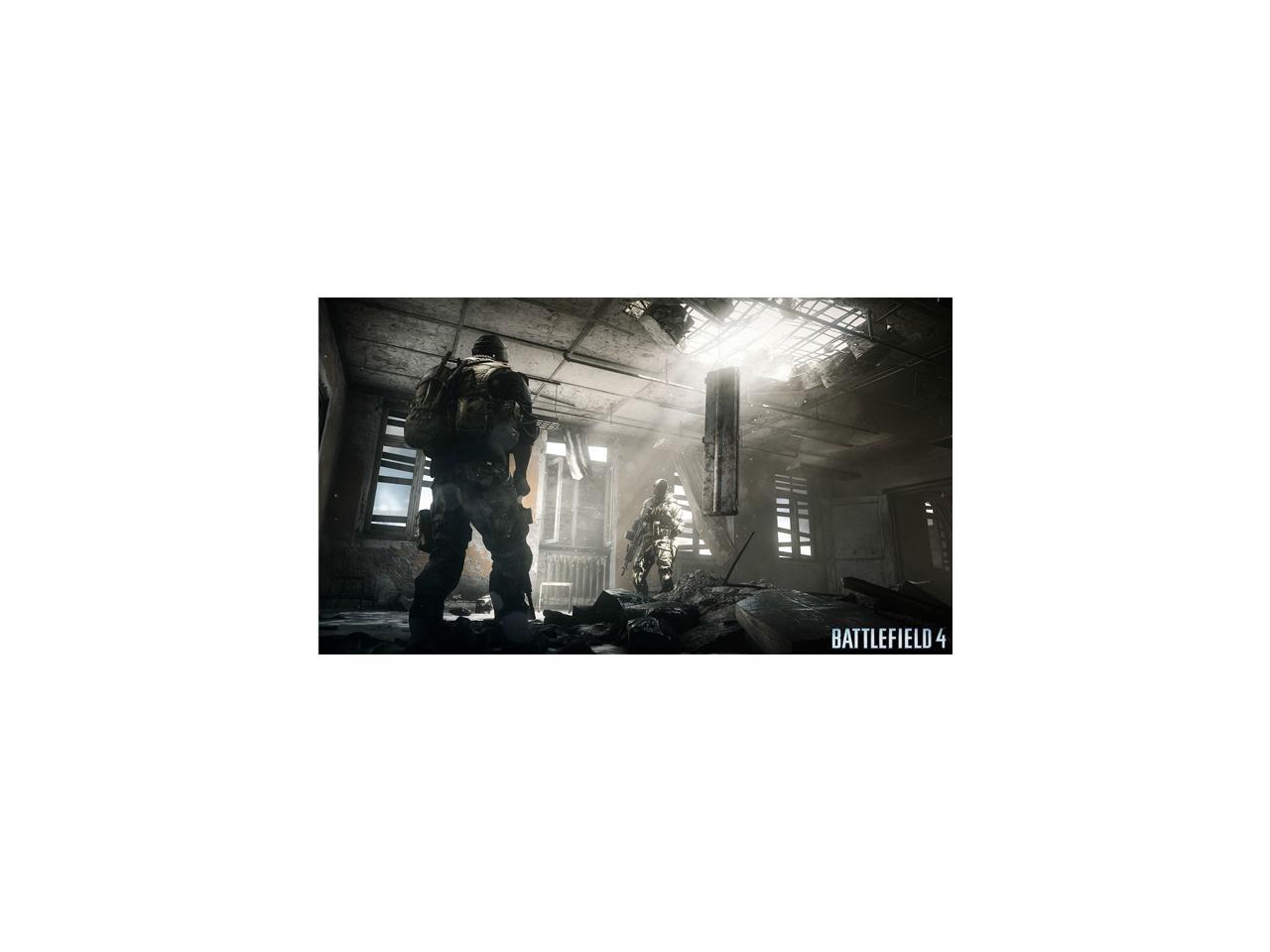 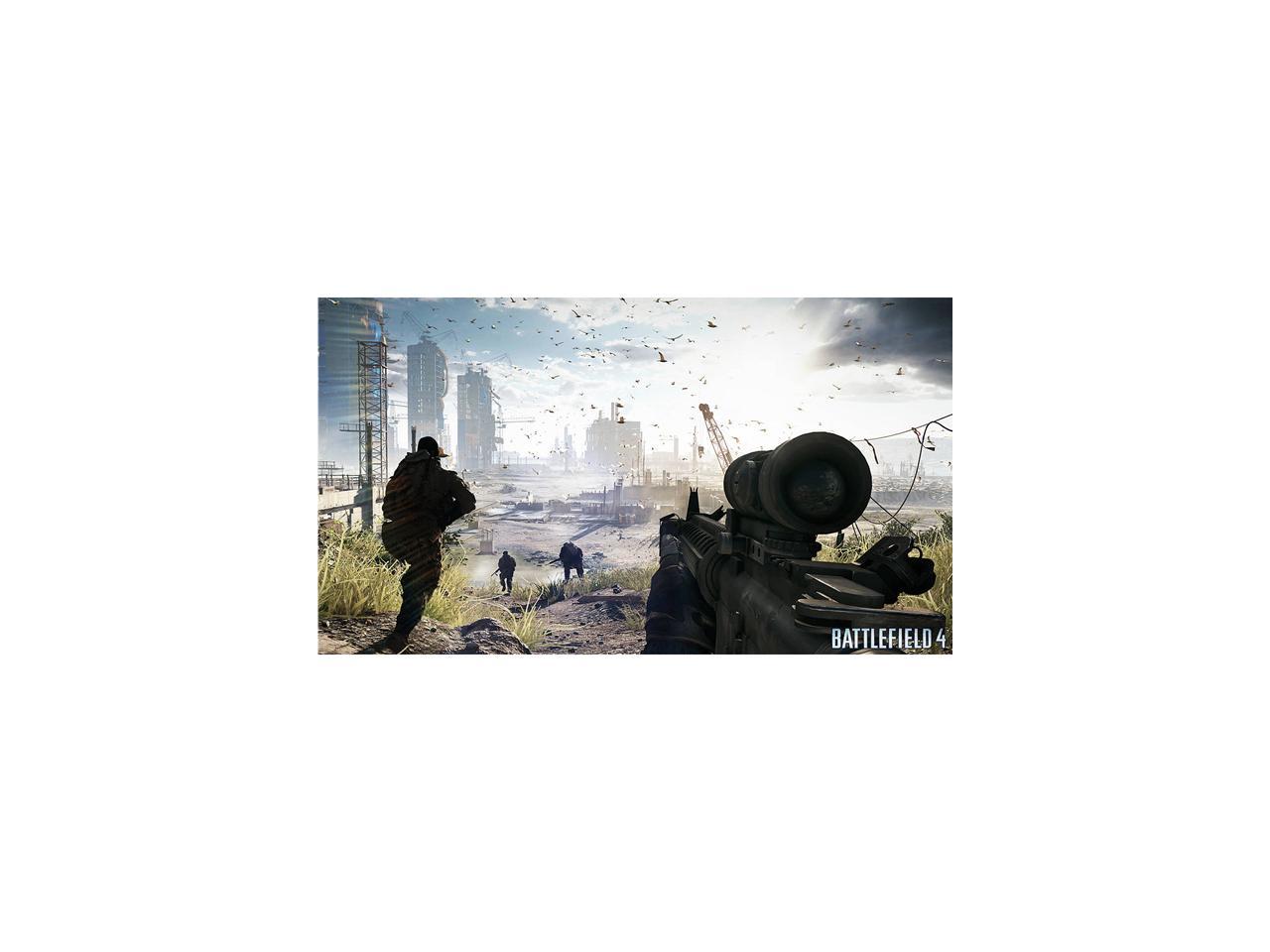 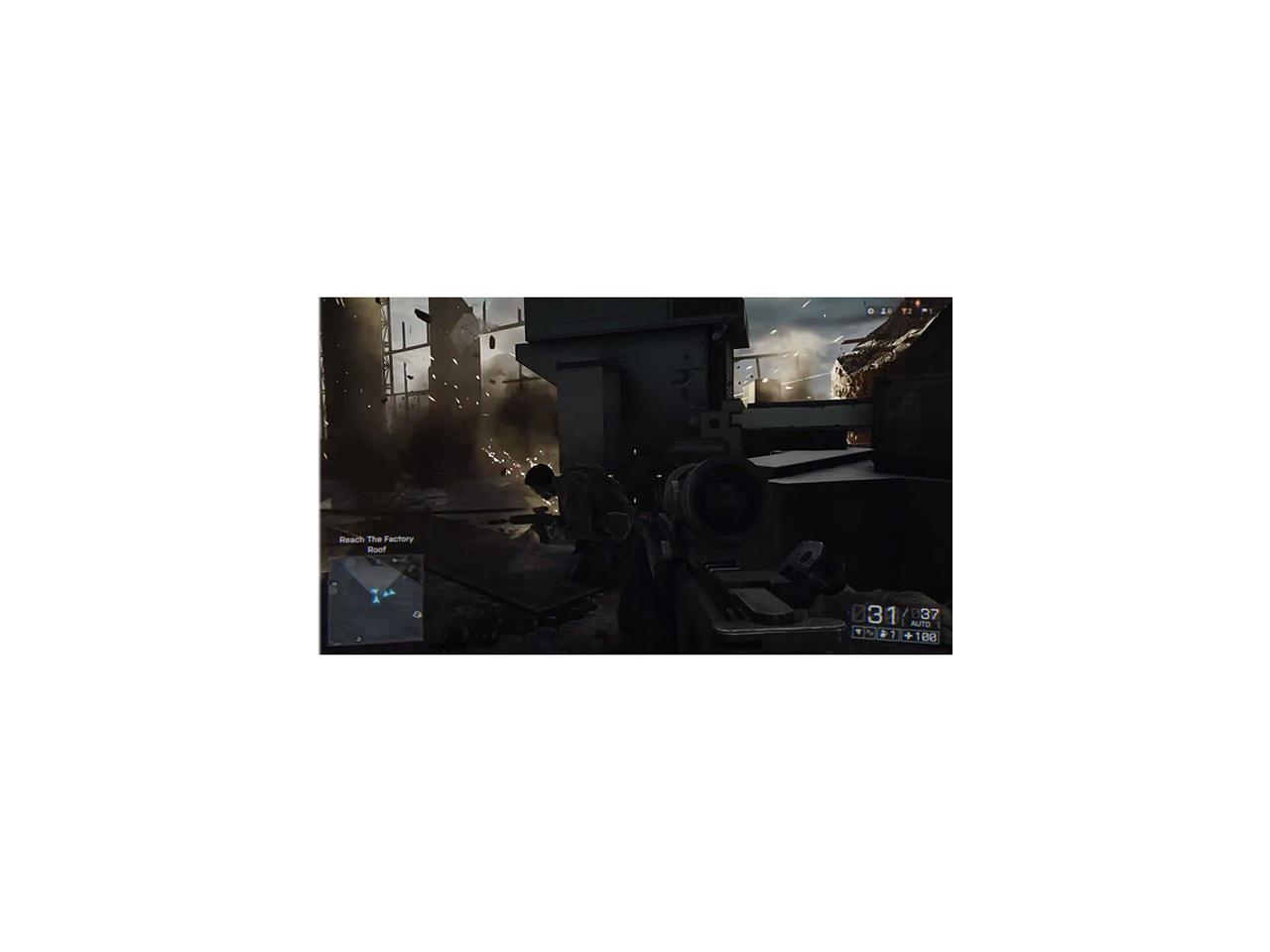 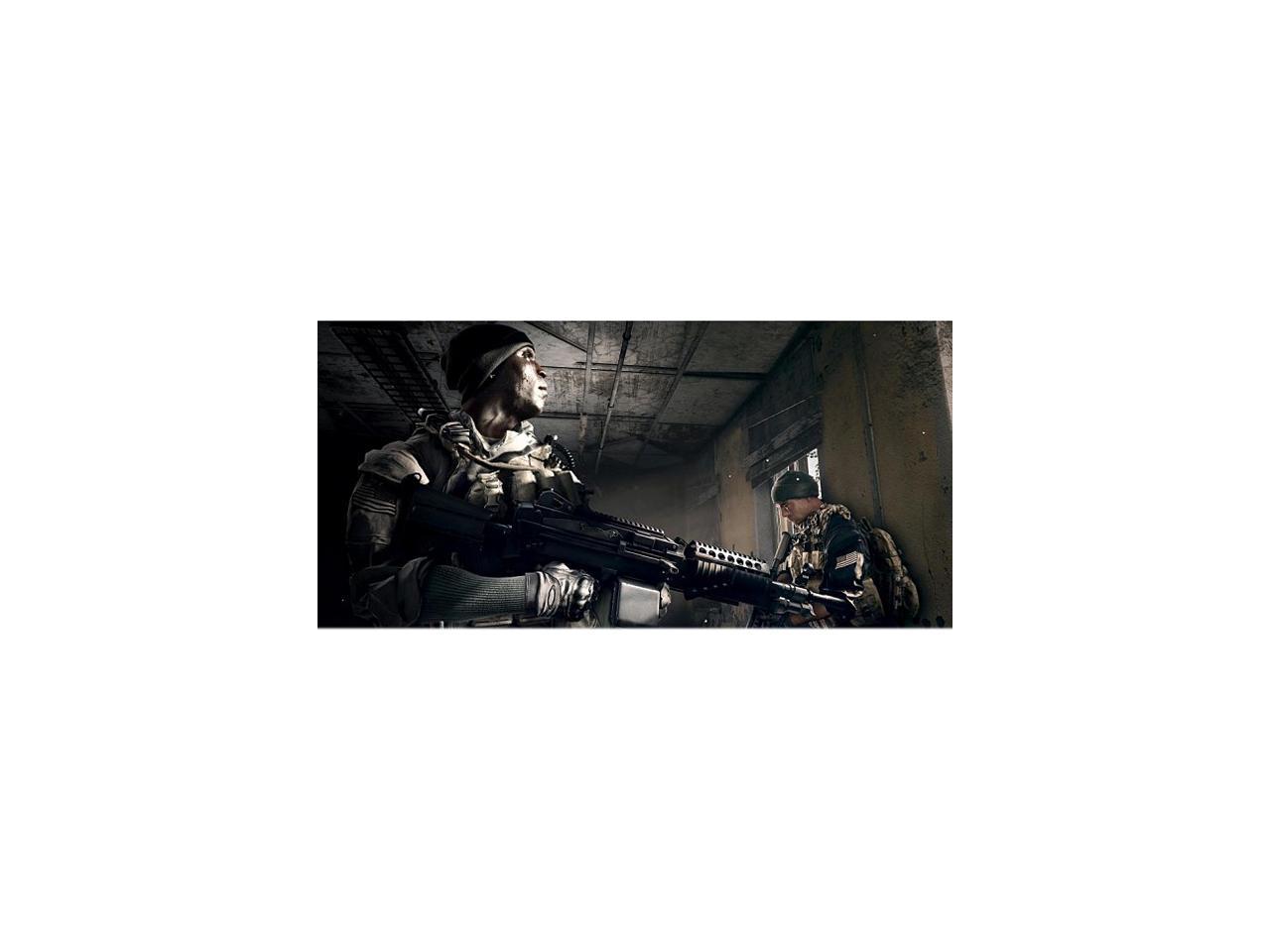 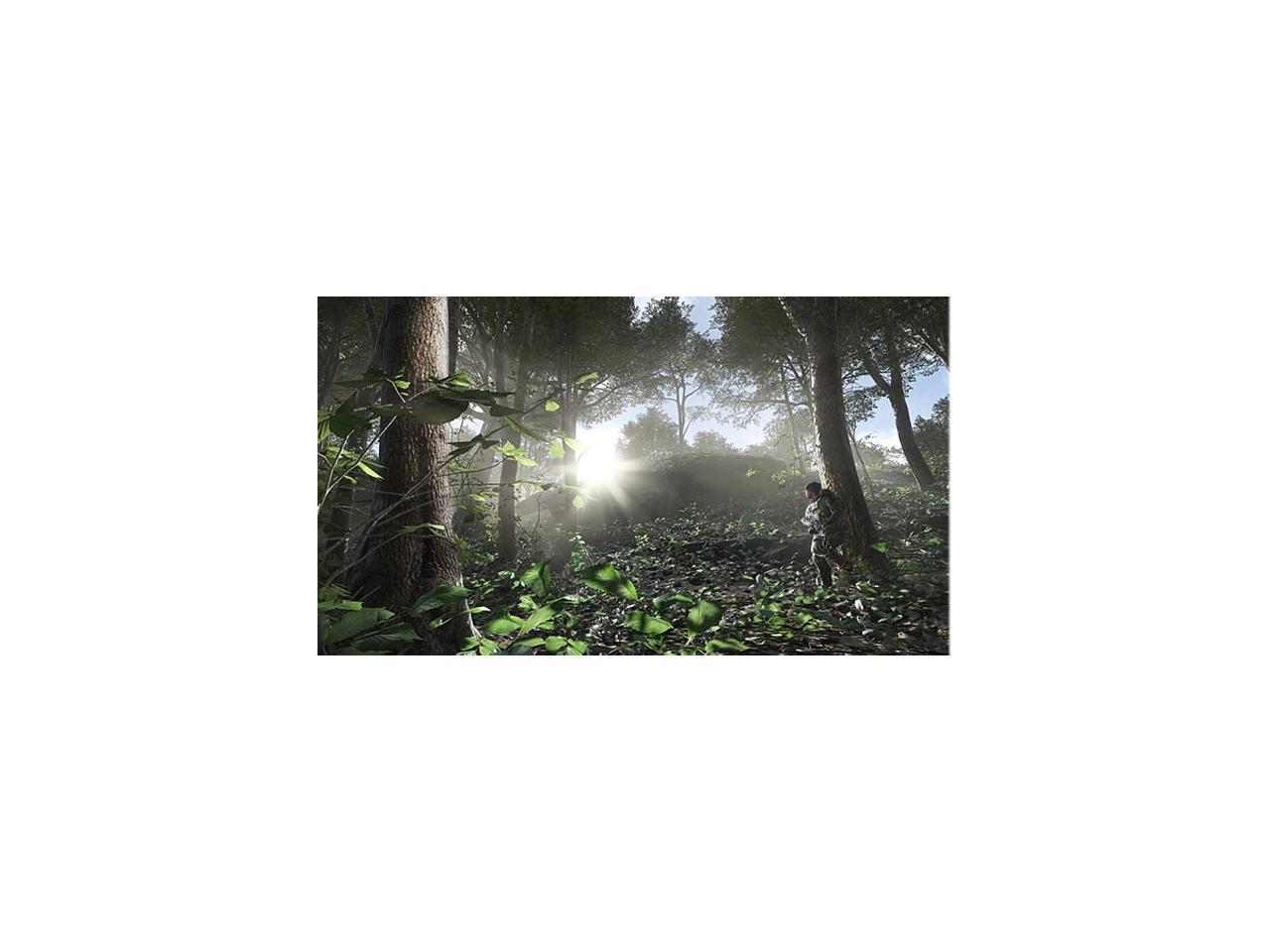 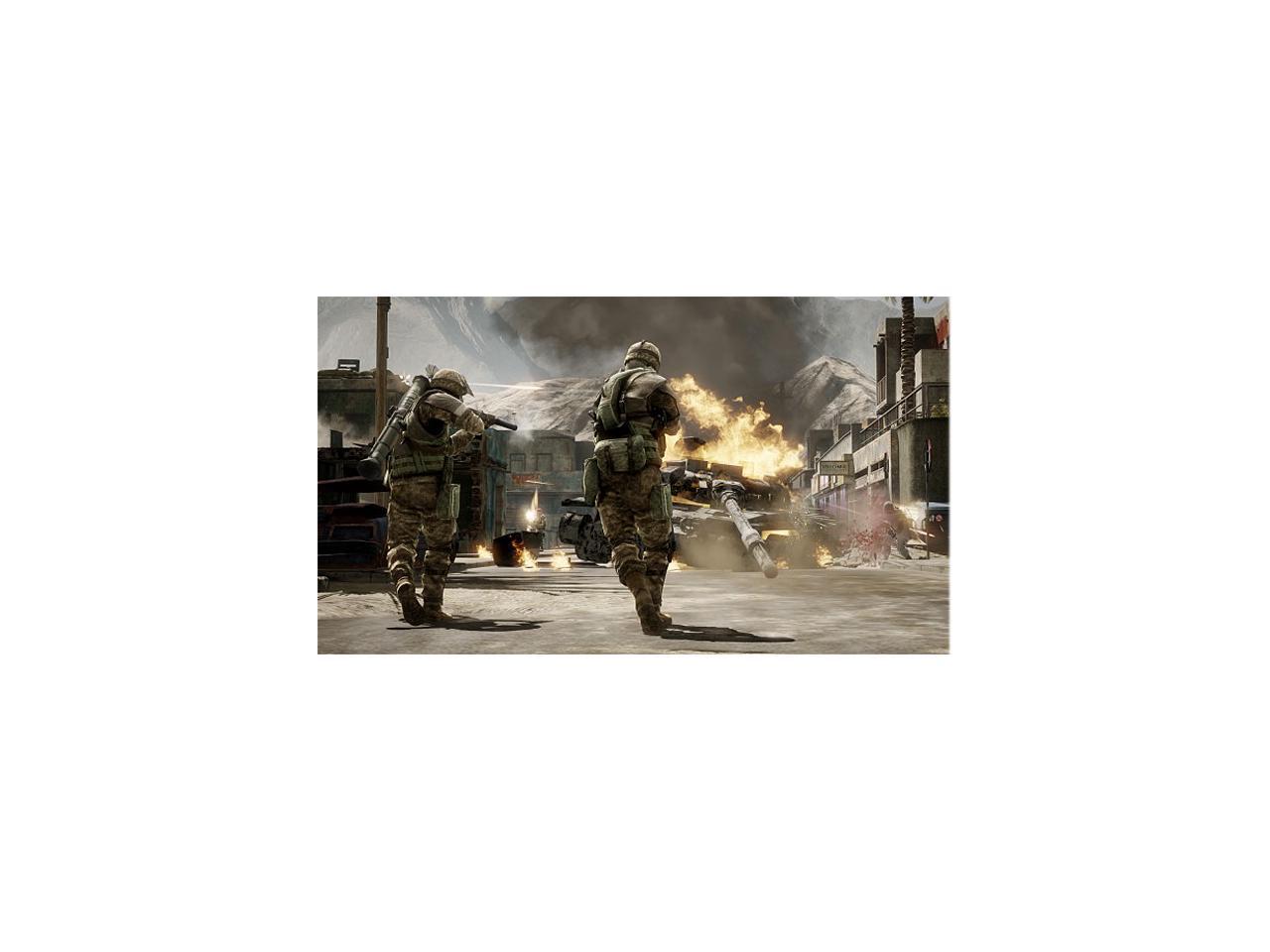 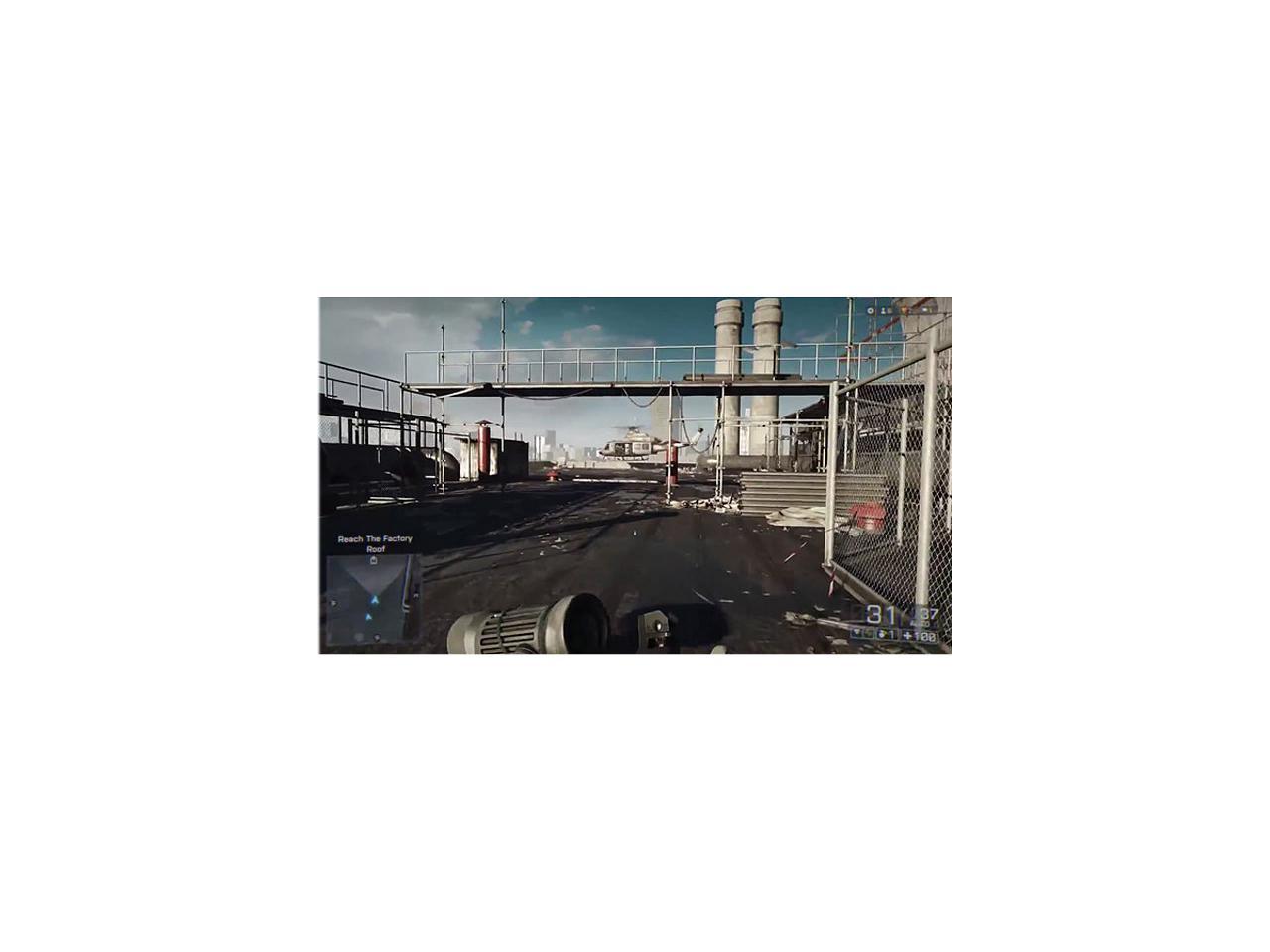 Battlefield 4 is powered by the advanced technology of DICE’s exclusive Frostbite 3 engine for a visceral, dramatic experience unlike any other. Blur the line between game and glory in Battlefield 4.

In addition to its hallmark multiplayer, Battlefield 4 features an intense, dramatic character-driven campaign that starts with the evacuation of American VIPs from Shanghai and follows your squad's struggle to find its way home.

There is no comparison. Immerse yourself in the glorious chaos of all-out war, found only in Battlefield.

Take part in massive 64-player battles on next-gen platforms and PC, while two Commanders can join the fight to help turn the tide.

Order squad members to assist in the fight and play to your own strengths.

Get a strategic overview of the combat area and monitor the battle through the eyes of your squad leaders on the ground.

Simulating vast and aggressive battlefields with game-changing destructable elements, both natural and player-enabled.

Continuing to set the industry standard in ultra-immersive soundscapes, whether it's the explosive chaos of all-out warfare or a gentle breeze passing through the trees.

Bring Down the Base

Take down an entire skyscraper in multiplayer and keep fighting in the dust and debris that follows.

Adapt to a dynamic Battlefield where a skyscraper can collapse and a carrier can break in two.

Drive the new and agile attack boats to combat enemies on the water and on the coastline.

Powerful winds and rolling waves make water-based combat a thrilling ride and a rewarding challenge for players of all ranks.

The geo based leaderboards will let you see who's the best tank driver or jet pilot in the world, in your country, or on your street.

Challenge your Battlefield 4 friends to a weekend dog tag chase or tank kill streak and fight to grab first place.

Learn more about the BattleField 4

Pros: Always have enjoyed the BF game line. This is a great game but I prefer it on the PC better then the Xbox One.

Pros: Nice looking visuals. Realistic weapon effects, weapon sounds, and weapon recoil. The fact that you can use vehicles!

Cons: Multiplayer is terrible as of December 13th. It has been nearly a month since the xbox one has released and I still cannot even join any matches. I get long hang times in que and once a match is found it never can connect. I was lucky to get into one game that eventually disconnected me. Terrible party features to get all your friends together. No lobbies at all.

Cons: I pre-ordered this and it should have came with the China Rising expansion. The product picture showed the Expansion version at the time I placed my order.

Pros: -best graphics on FPS game for xbox one thus far -all bugs are now fixed! -great ol' battlefield but with amazing graphics :) -must have if you own a xbox 1 and like FPS

Cons: not to many for the price point!

Overall Review: Heavy FPS gamer and it's great to have such a vast game and maps on a console!

Pros: 32 vs 32 is truly awesome. Graphics are great. Game is really fun with a few friends. Blows COD out of the water. Only FPS that i play as of right now.

Cons: Game still needs some polish on multiplayer. Hit detection is hit and miss sometime will be shooting the enemy they will just turn around and 1 shot kill you. Other games you will feel like a beast when your shots connect. Game is some what unfinished DICE and EA are still adding features and fixing things that should have been fixed before launch.

Overall Review: Got the game on sale here at newegg for like 35 bucks and it is well worth the price. Truly next gen graphics and gameplay and fun to go online and cause destruction with a few friends. Is it perfect No but it is alot of fun to play. Liked it so well i purchased the premium add on for the game. Newegg rocks as well fast processing fast shipping even with the egg saver shipping option. I buy all games and components and pc hardware at newegg only!!!!

Pros: It's a pretty game

Cons: ... too bad you can't save in campaign without it corrupting, the multiplayer is buggy, and the servers crash.

Overall Review: I should have gone with CoD, or maybe tetanus.

Pros: I absolutely love the visuals and texture quality that the Xbox One version brings to the table. It has a solid 60 to 50 fps on Campaign and a 30-60 fps on Multiplayer. Major things can be done to improve over the last of it's life cycle but for now it's manage able and looks stunning.

Cons: Major Frames drop during big cutscenes and make the Campaign lip sync noticeable. I don't see a fix to this until 2015 when directX 12 is released to the Xbox One, but by then we will have BF5/BFBC3 on it's way. Levolution (where the buildings and dams break and fall) in Multiplayer also cause major frames to be dropped to about 30 - 10 fps, which is ridiculous that this wasn't tested by QA before release. Rubber-banding has been *fixed* although when playing Multiplayer it still happens and the preemptive *jolt* before you rubber band in the air is still pretty apparent and on 64 player servers almost prevents you from moving and eventually you get killed because of it. Balance has been restored for the most part with the actual game play, but Dsync (where you move behind the wall and you die because on their screen you were in front of the wall) is still there making it extremely difficult and aggravating to continue playing. DLC is also very lacking at the moment, this is before Dragon's Breath, Second Assault can't really be skipped though as most servers require the DLC even if it's only one map.

Overall Review: All of those cons can easily be put to rest by the fact that this is battlefield, you can still kill a helicopter by using C4 to fly into the air and hit it out of pure luck. You can still have those intense moments where you go 30 and 3 in Operation Locker/Metro when your teammates are covering you and reviving you whilst giving you ammo on the fly. Battlefield 4 might as well be a mix between Battlefield 3 and Bad Company 2, because the guns sound amazing and gritty. You won't mind if you turn your speakers to 11 with BF4 on your speakers, because the War Tapes option and Music are better this time around as well, while going back to the old style music and not messing your ears up with electronic sounds all the time.

Pros: Decent story line. Online play was a little hard to get in to if you haven't played online before.

Cons: Glitchy. I found multiple places in the campaign where there were bugs. I wasn't able to finish the campaign as there was a major glitch where I wasn't able to complete the mission. The game has been out for over 2 months, they should have found this sooner. Many problems with the game.

Overall Review: Not bad for online, terrible to play the campaign if you get a bad copy. I have read a lot of issues with this.