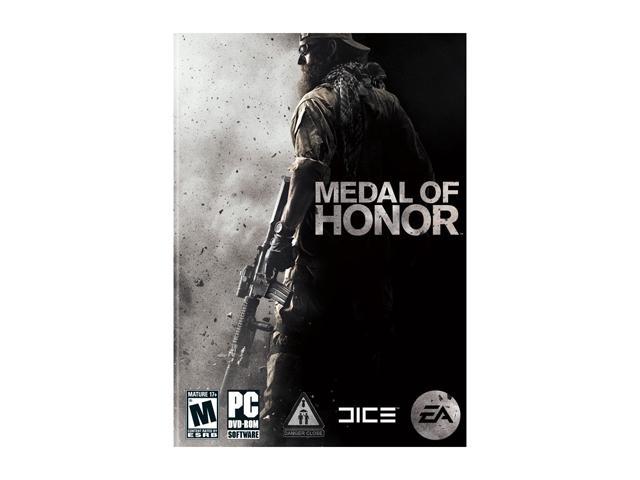 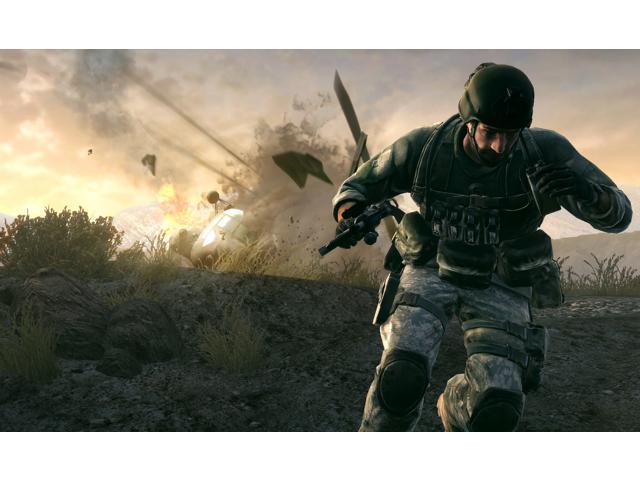 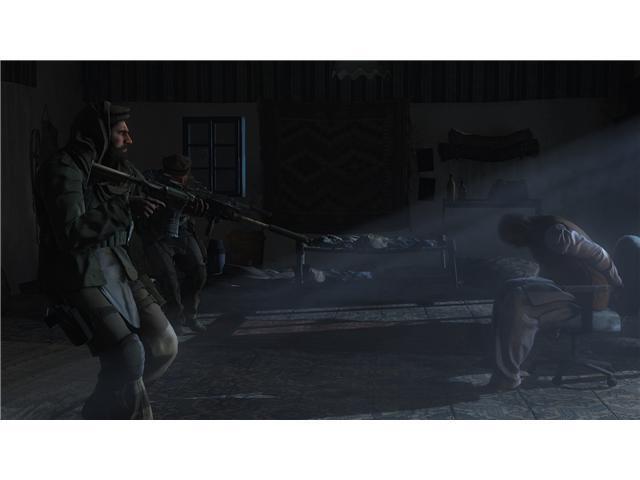 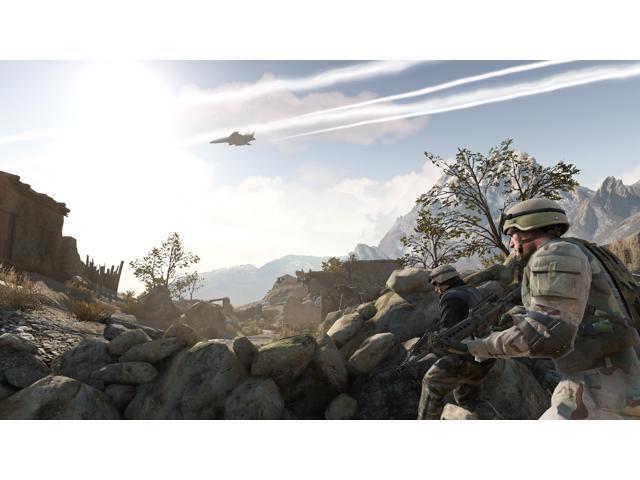 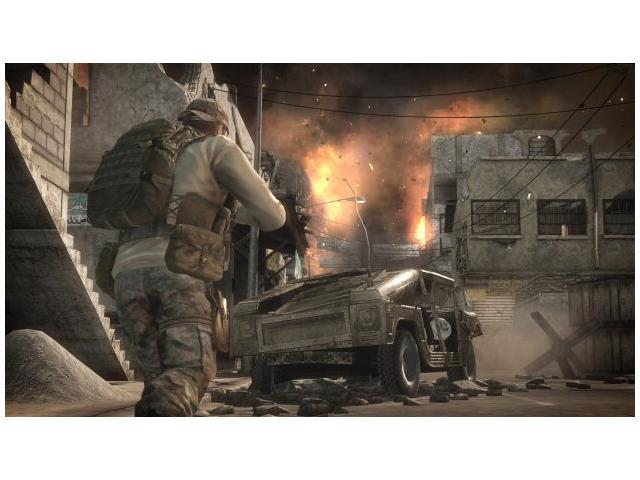 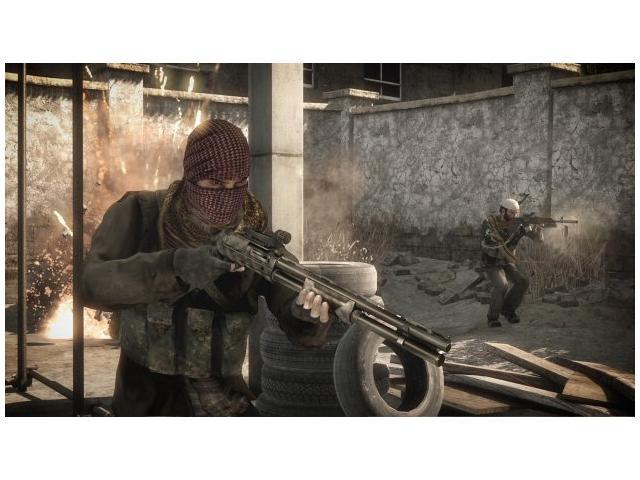 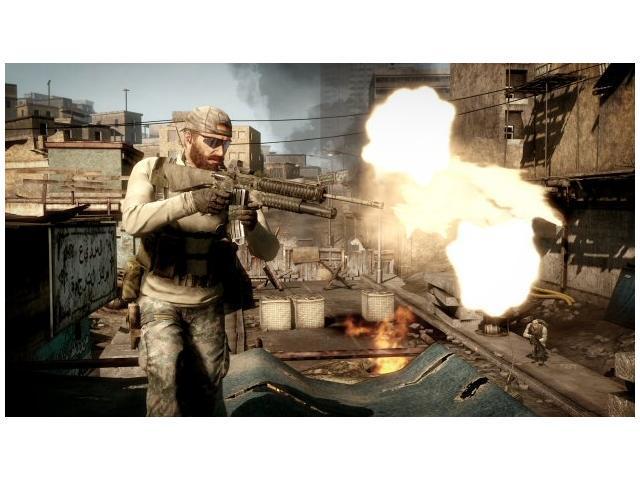 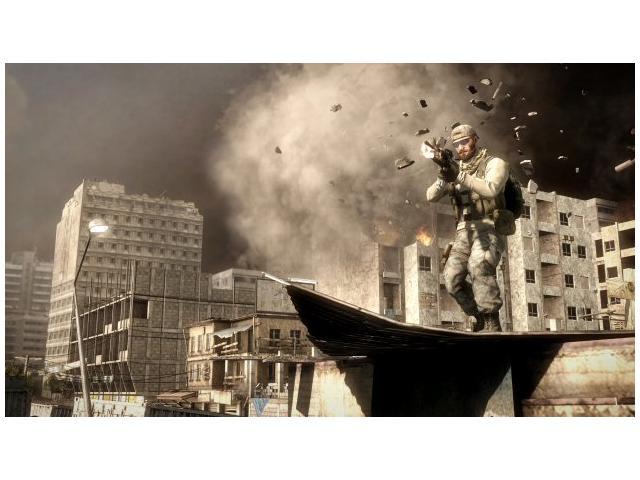 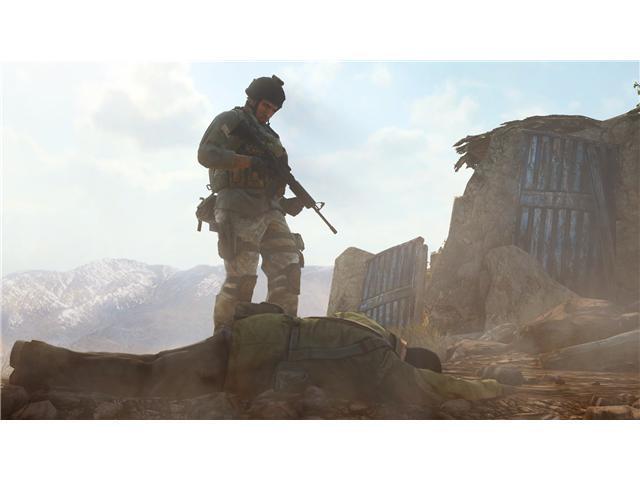 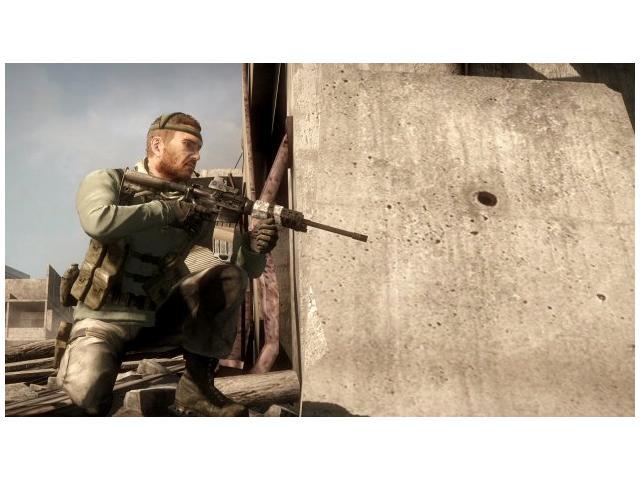 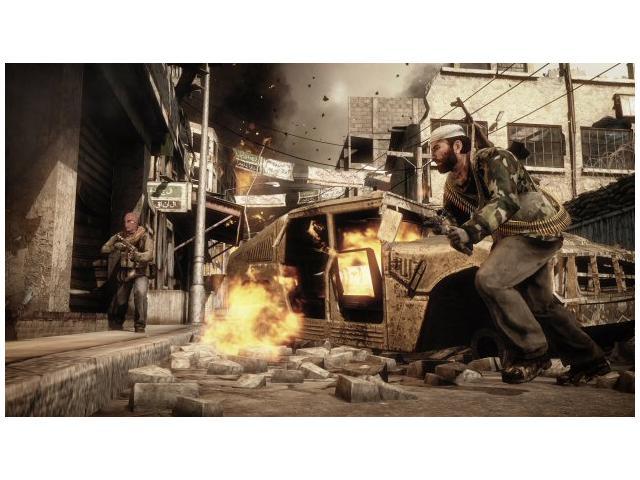 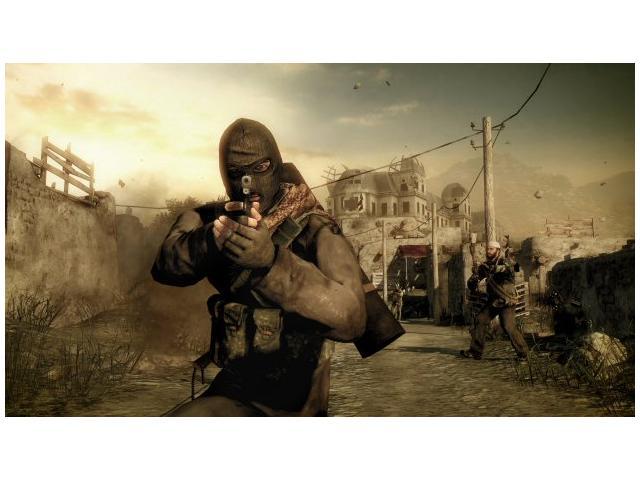 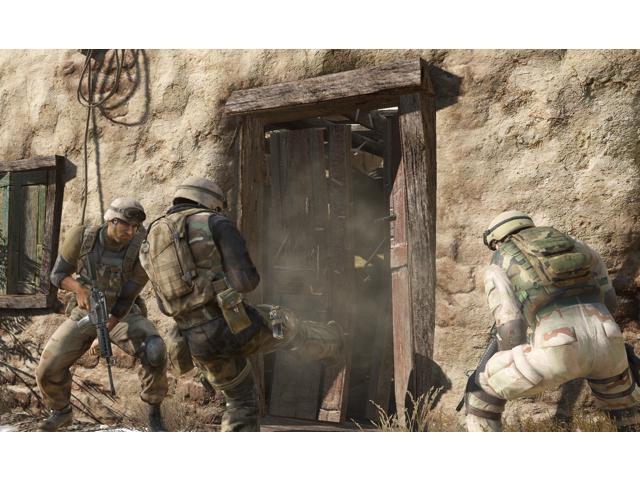 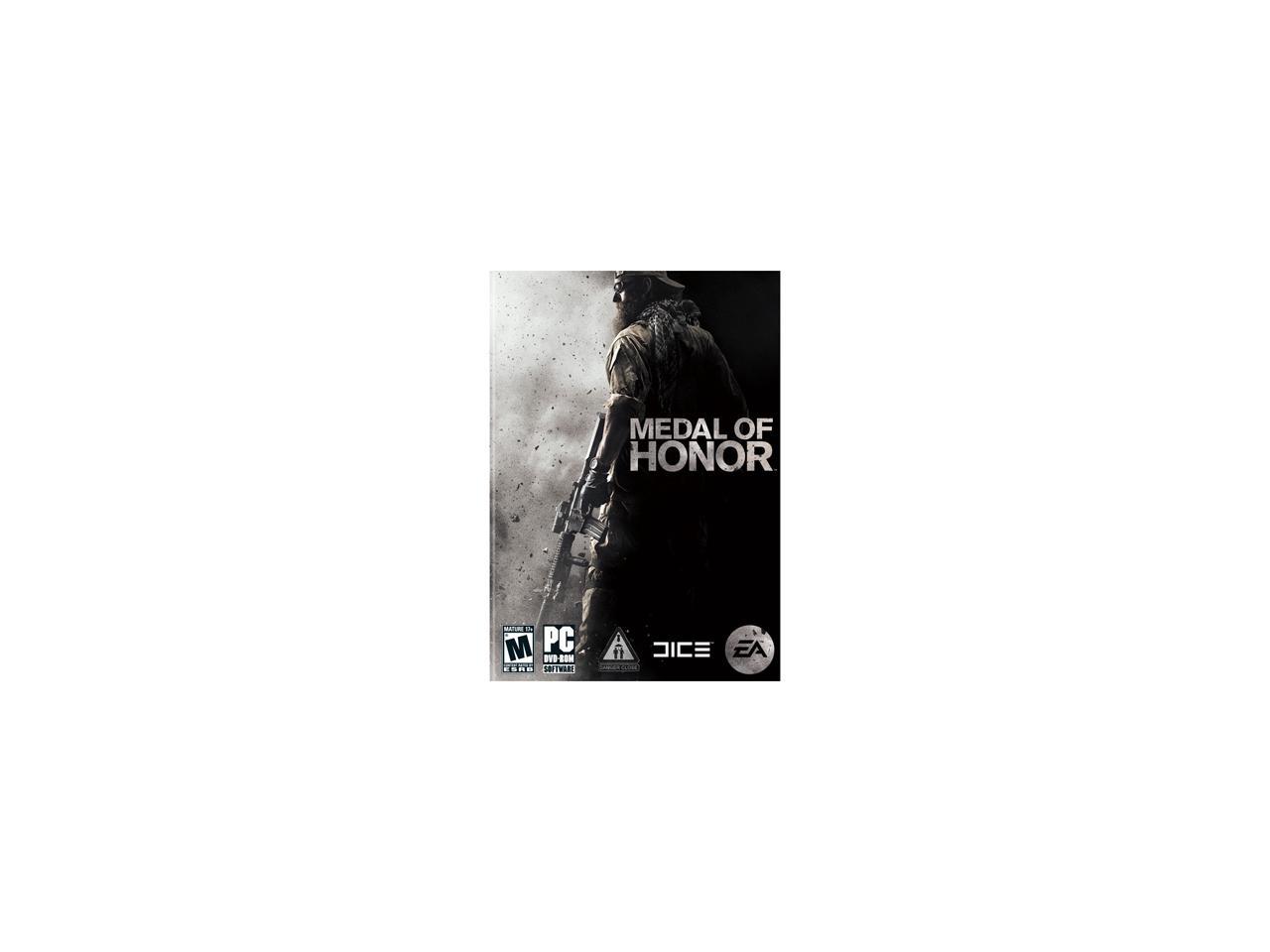 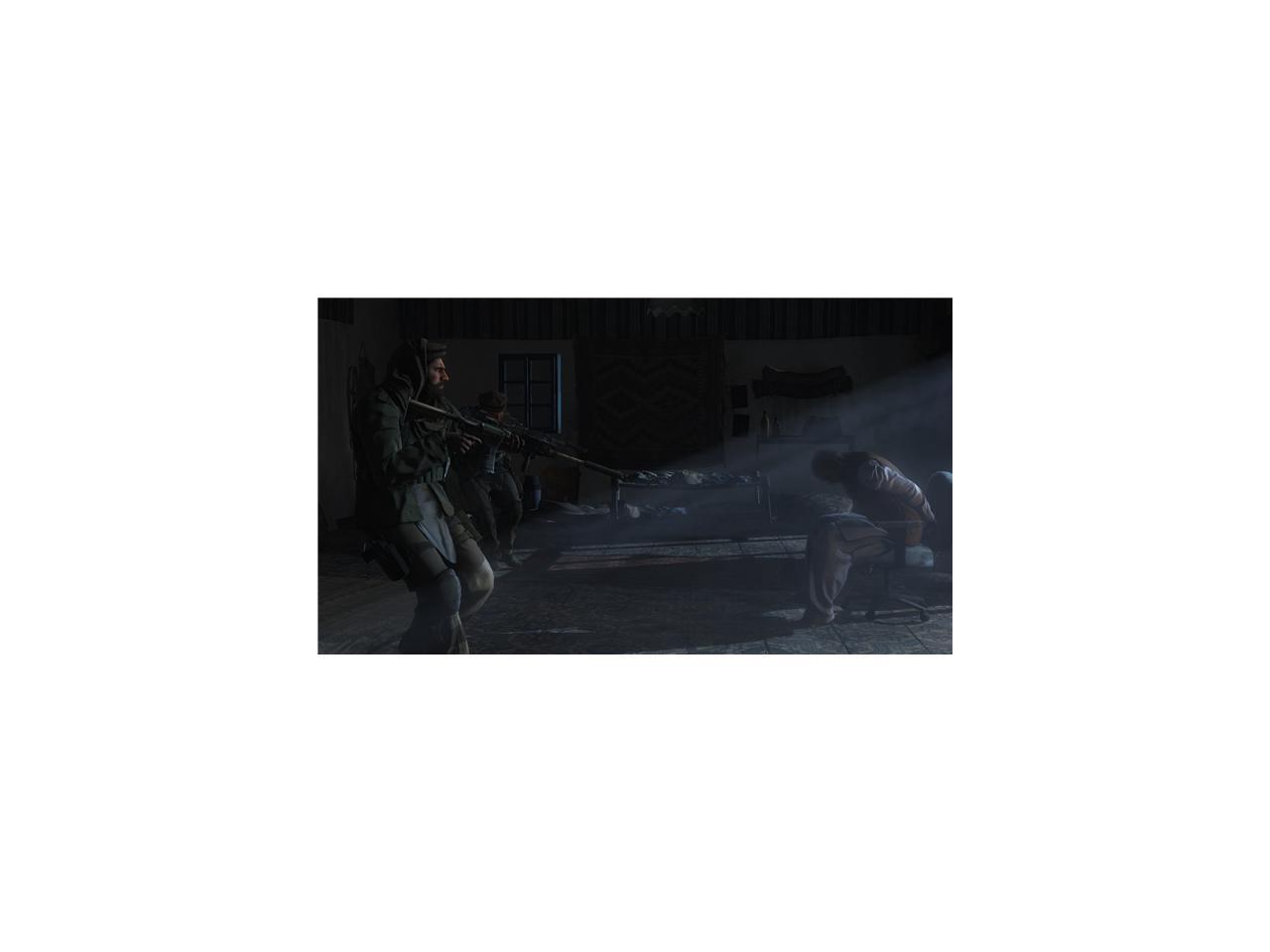 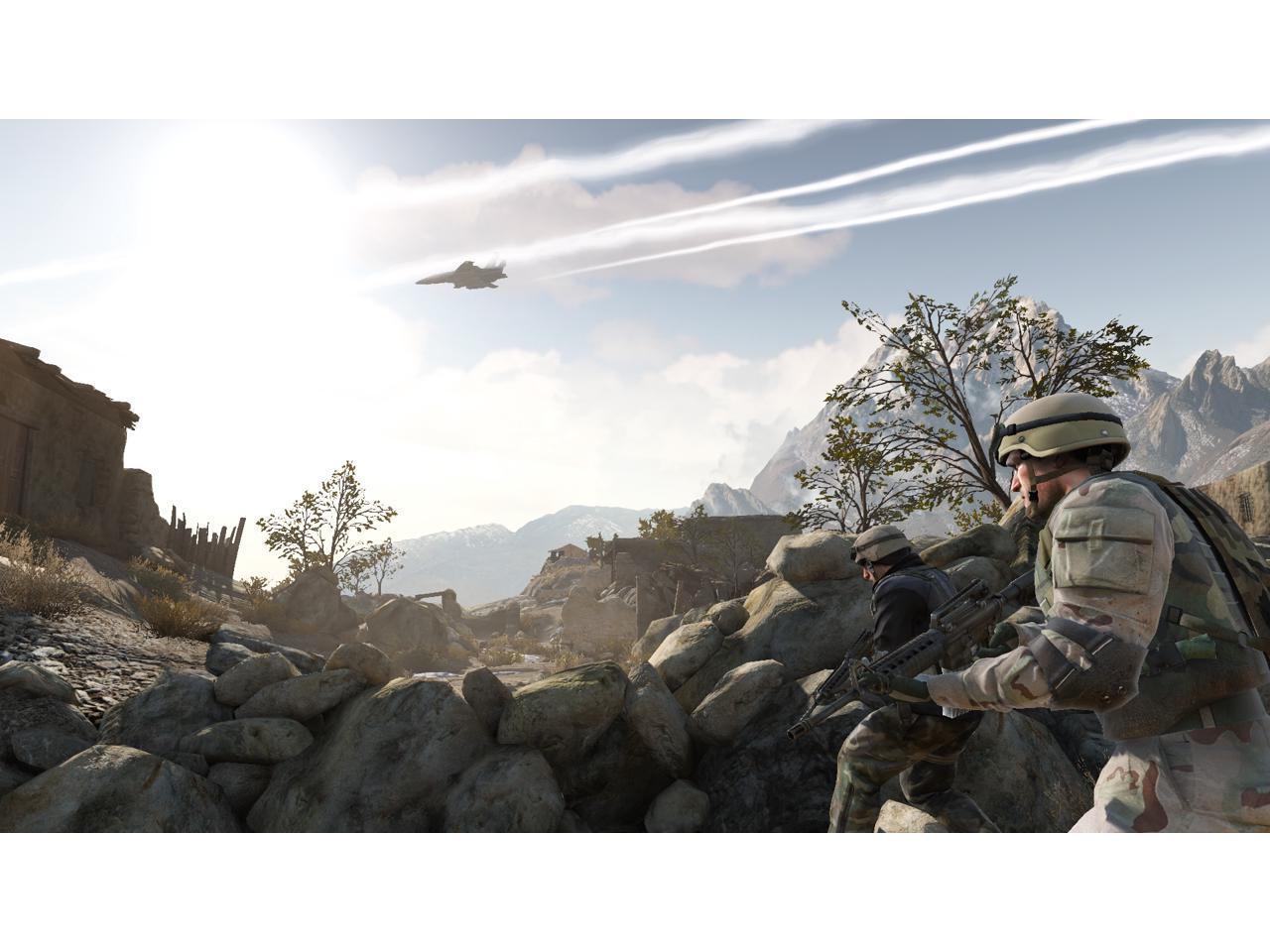 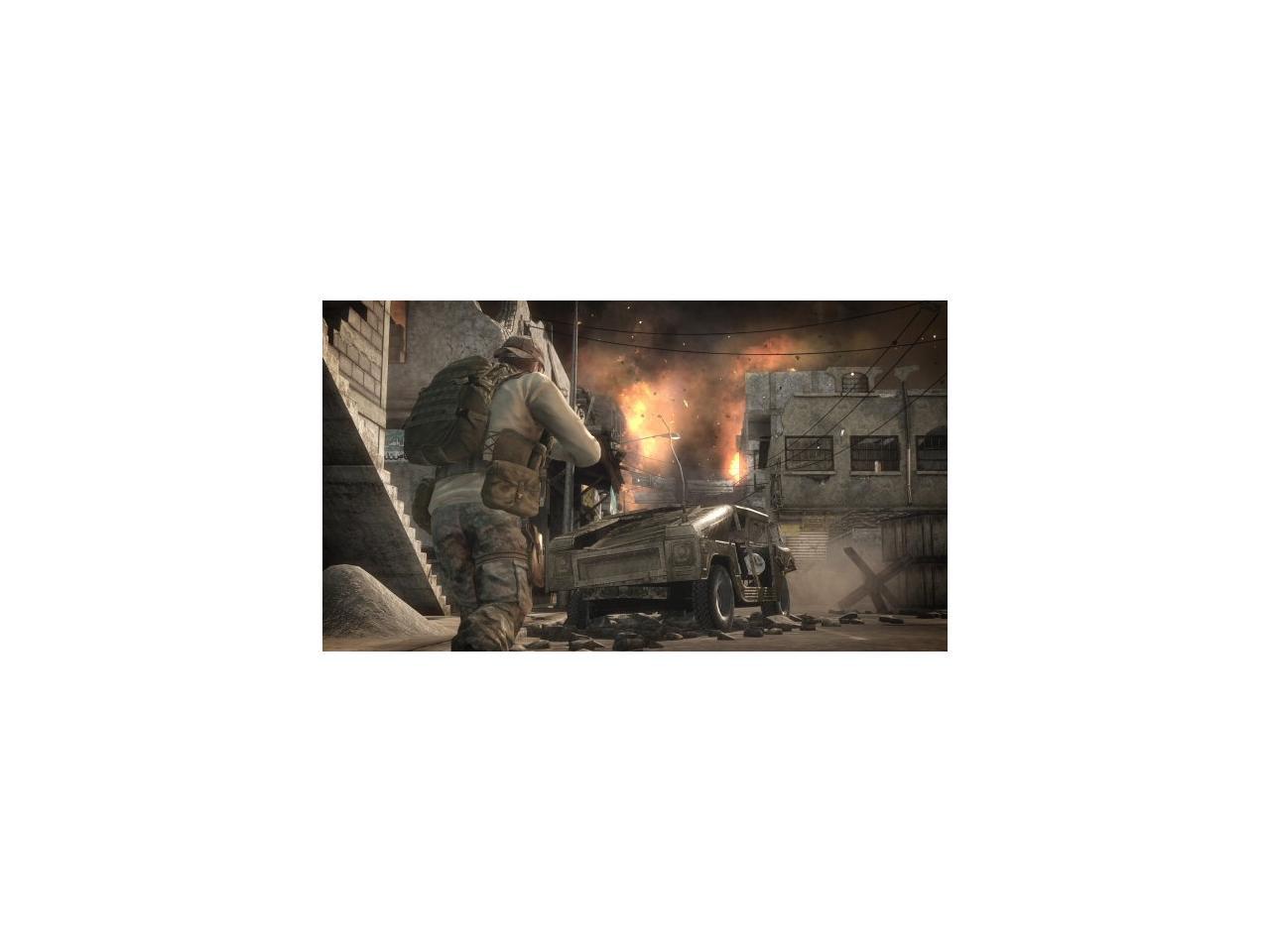 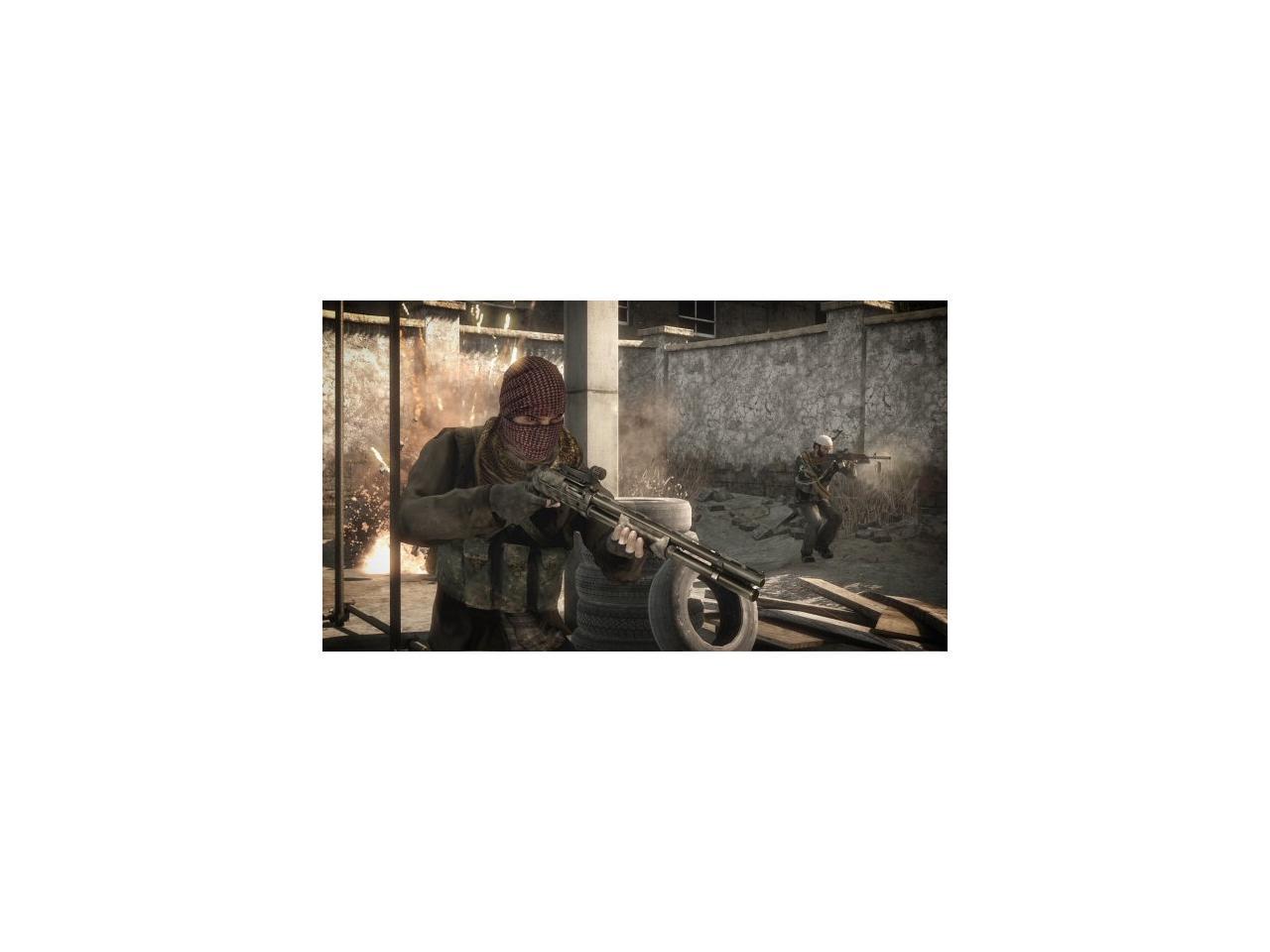 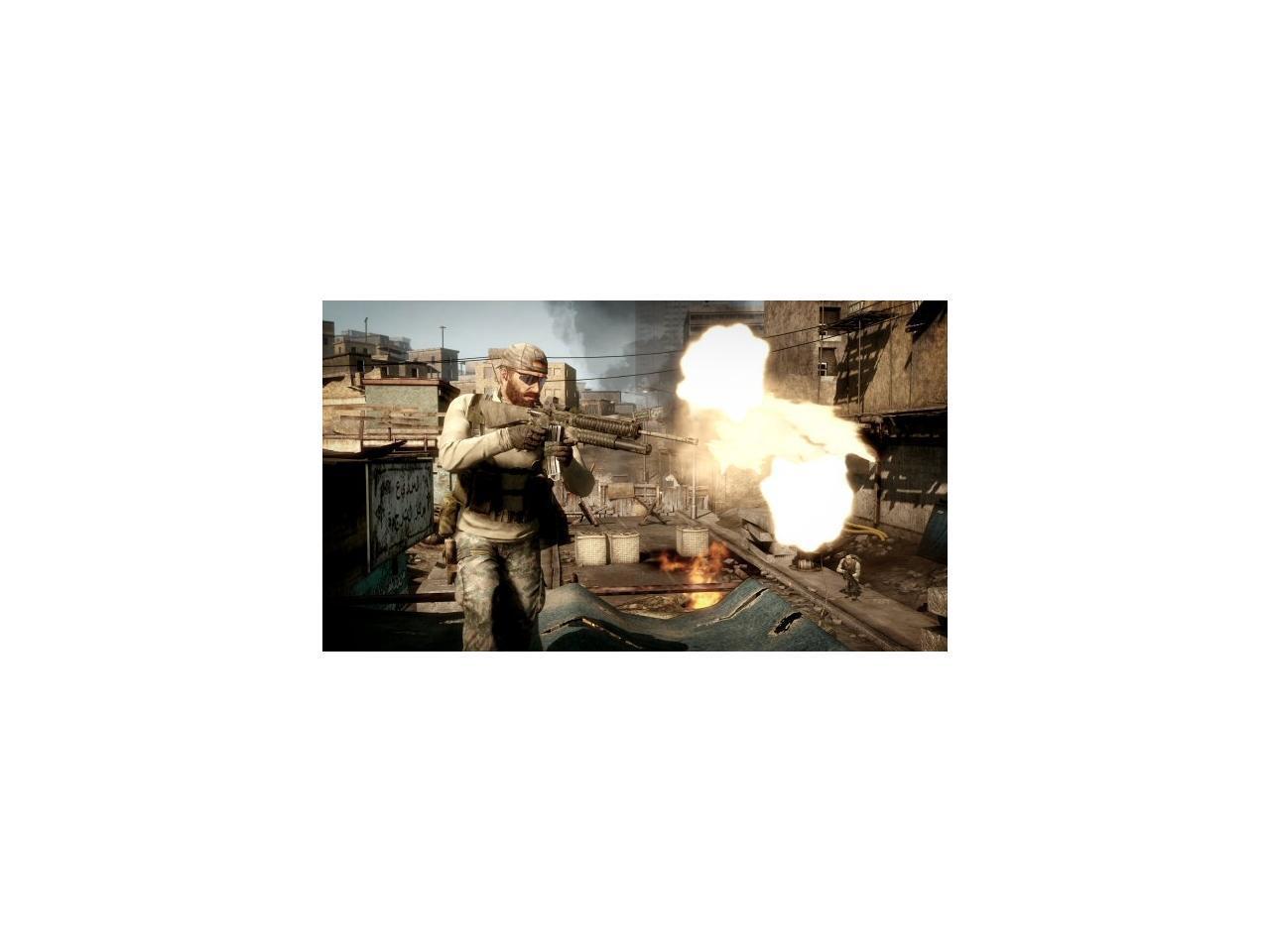 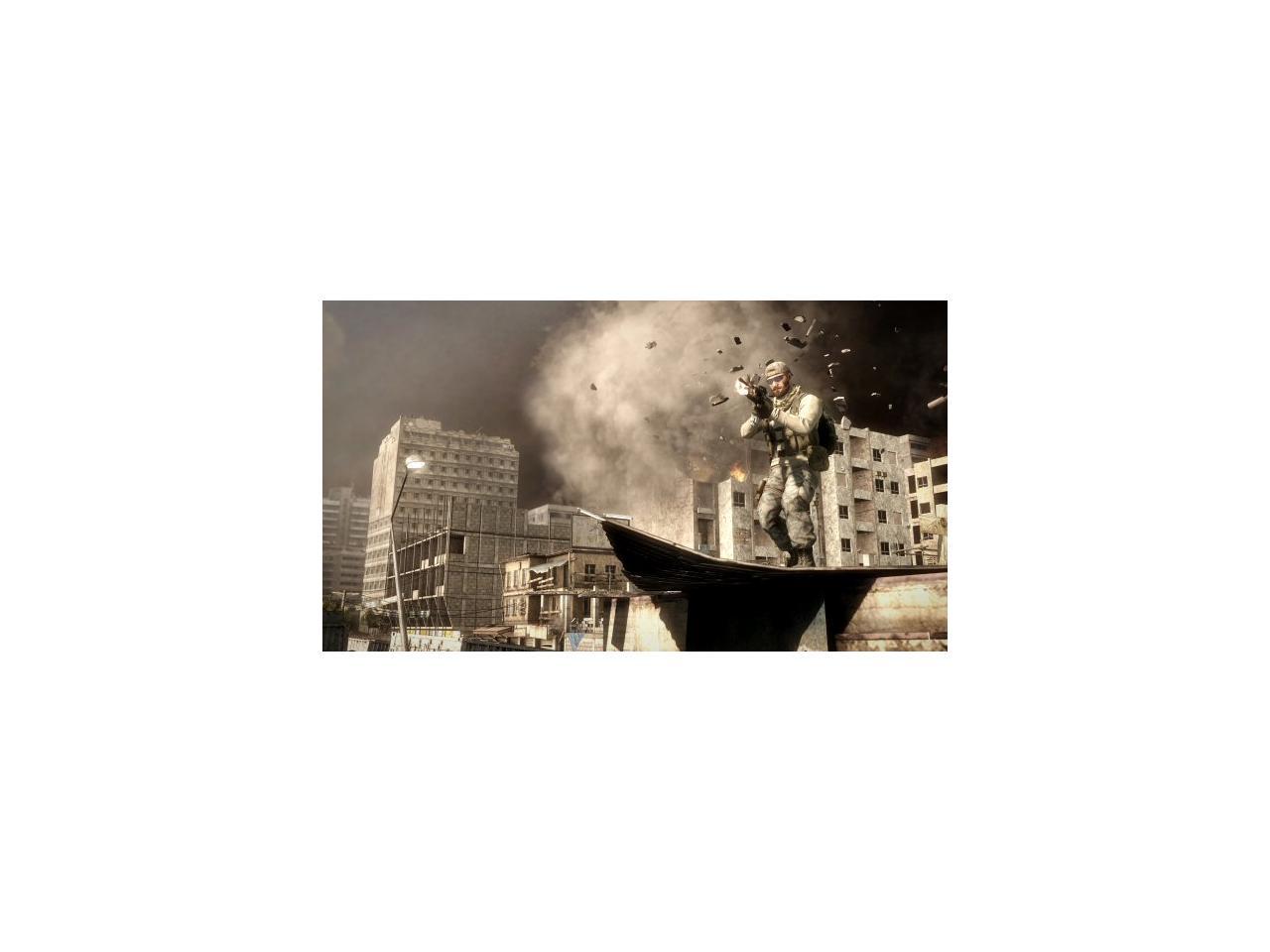 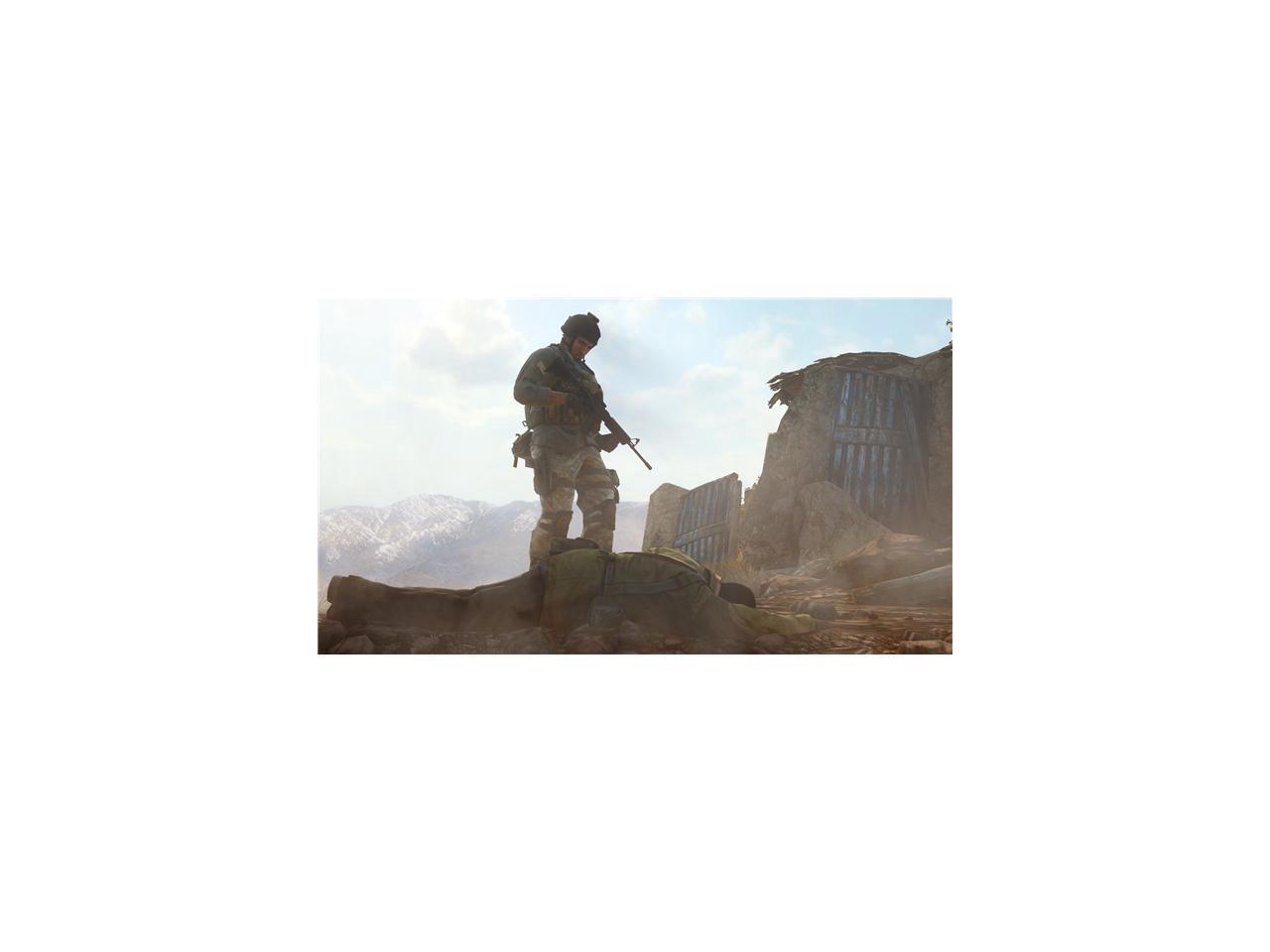 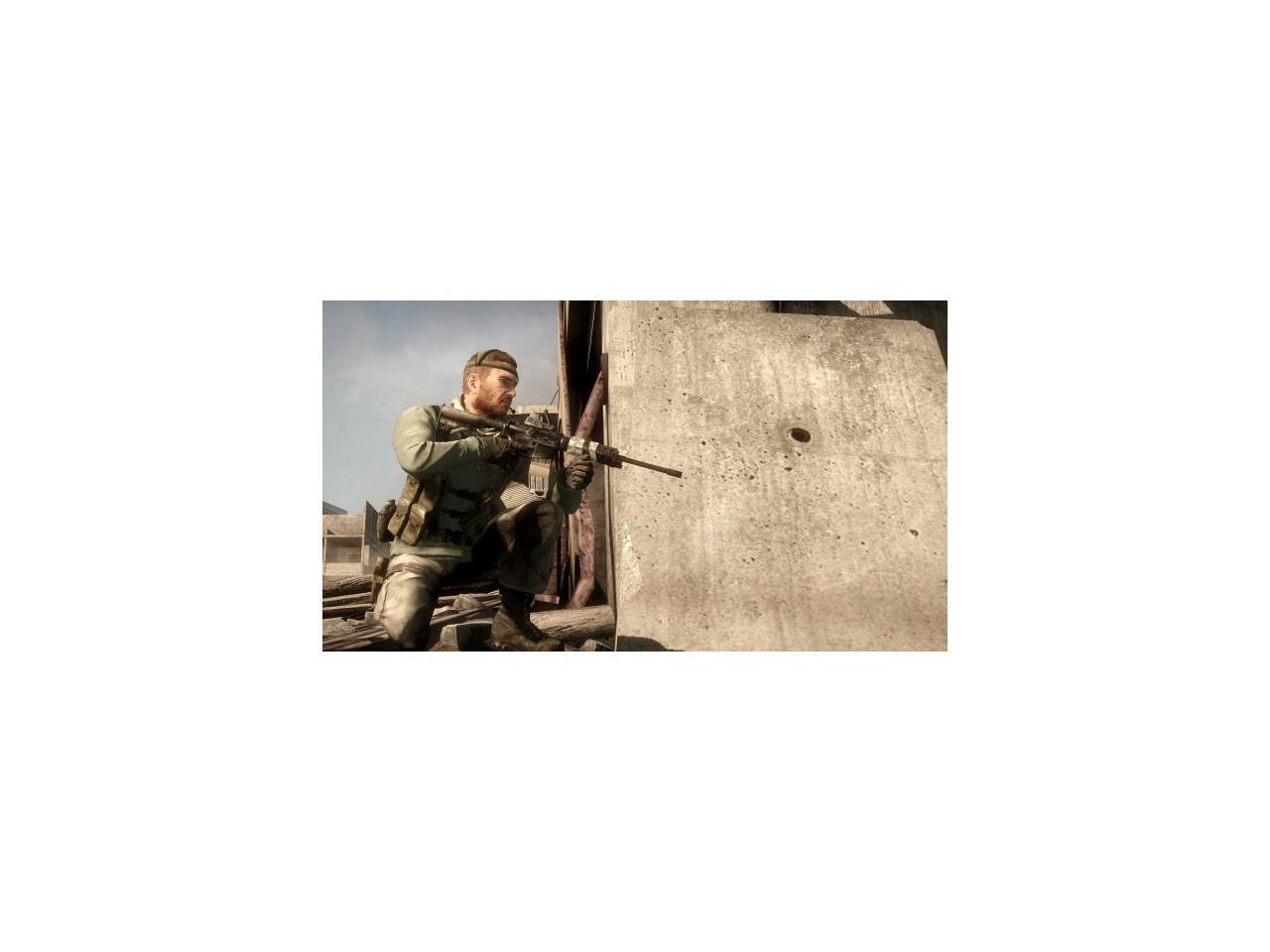 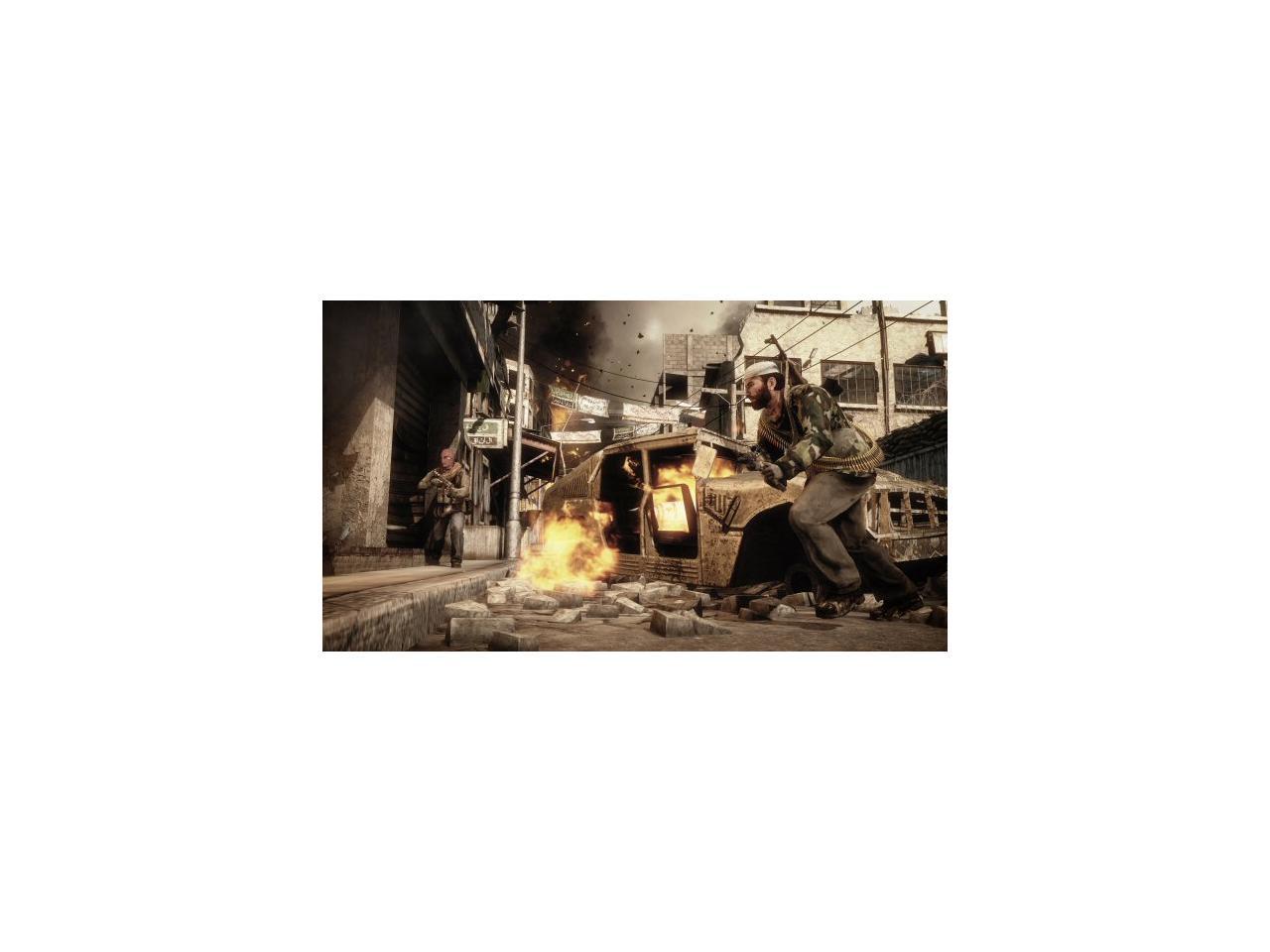 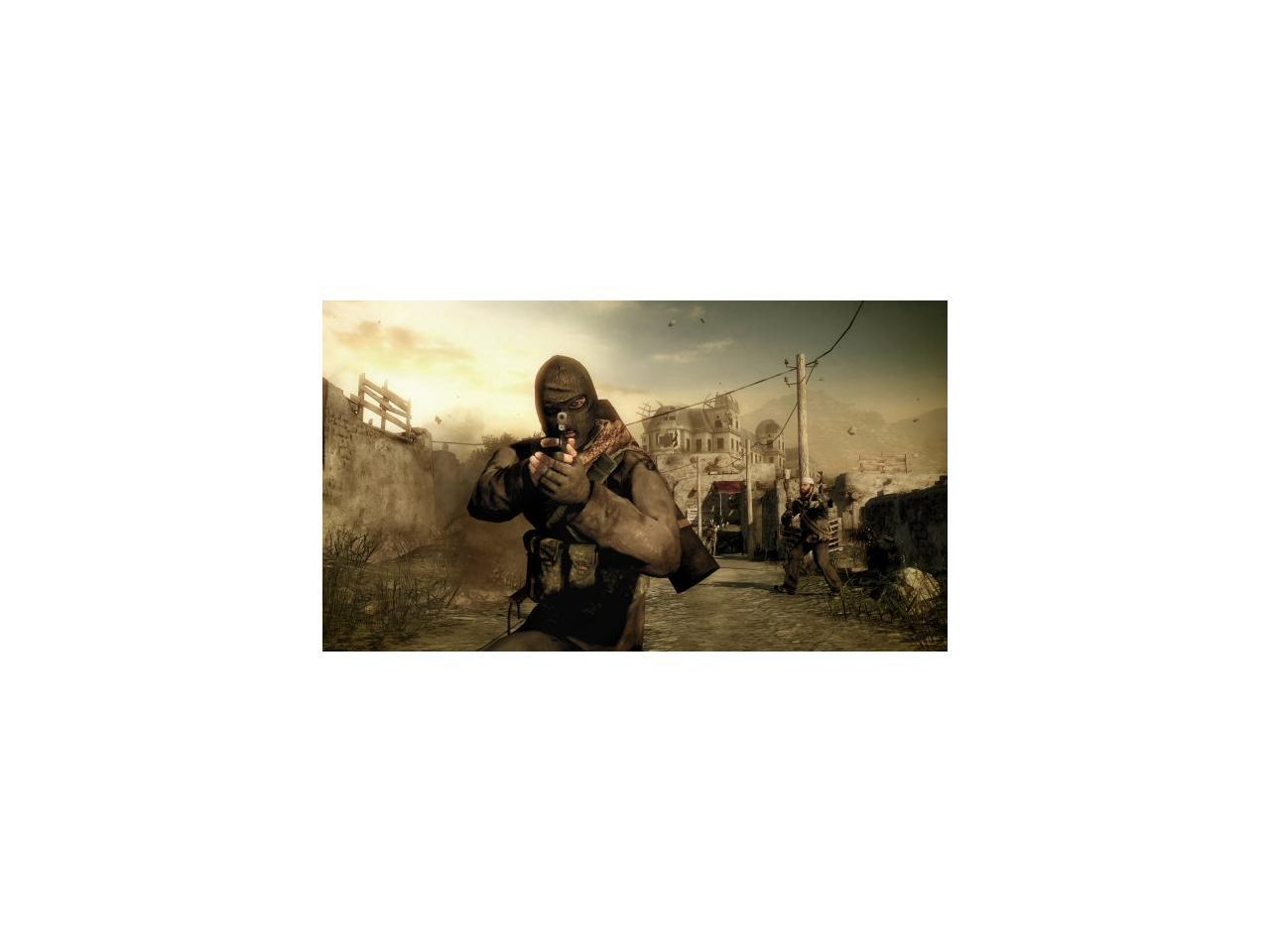 (74) Write a Review
See more "pc games"
In stock.
Ships from United States.
Most customers receive within 6-8 days.
Overview
Specs
Reviews
Operating directly under the National Command Authority, a relatively unknown entity of handpicked warriors are called on when the mission must not fail. They are the Tier 1 Operators.
Over 2 million Soldiers, Sailors, Airmen and Marines wear the uniform. Of those, approximately 50 thousand fall under the direct control of the Special Operations Command. The Tier 1 Operator functions on a plane of existence above and beyond even the most highly trained Special Operations Forces. Their exact numbers, while classified, hover in the low hundreds. They are living, breathing, precision instruments of war. They are experts in the application of violence. The new Medal of Honor is inspired by and has been developed with Tier 1 Operators from this elite community. Players will step into the boots of these warriors and apply their unique skill sets to a new enemy in the most unforgiving and hostile battlefield conditions of present day Afghanistan.
There is a new enemy. There is a new war. There is a new warrior. He is Tier 1.

Learn more about the Medal of Honor

Pros: -Explosives have almost no splash damage, meaning that very few matches end up in grenade spamming or noob tubing -*More* Realistic, so it takes very few bullets to kill, also it pays more to fire single shots or short bursts rather than spray-and-pray -Small maps mean you rarely have to go far to find an enemy (more of a BC2 comparison rather than CoD) -Score Streaks feel much more rewarding than kill streaks, causing more of a desire to get head-shots and melee kills -Graphics are optimized, running at all highs in 1920x1080 with a relatively old card (DirectX 10, but no AA)

Cons: -Very few maps lead to a very repetitious feeling -In the TDM equivalent spawn killing can become a problem -In the objective based mode moments can feel very 'bottle-necked', forcing the assaulting team to advance in a similar fashion to the Normandy Landing -Not very many guns, also only 3 classes -Some of the upgrades feel useless -Muzzle flash gives away your position almost the second you fire, meaning that you will often die the instant you begin shooting if you are on a ledge.

Overall Review: I haven't played the singleplayer, and don't plan on it. Also it should be noted that I initially only made the purchase for the Battlefield 3 Beta, however once I began playing I was surprised to find an enjoyable game. It has a feel that, while not straying too far from the CoD/BC vein, is very unique. While it is far from perfect, it certainly doesn't deserve the negative publicity, though I can't help but feel like it rarely does anything exceptional. At the end of the day, MoH's multiplayer is fun, and a nice diversion if you need a bit of a break from BC/CoD, but it will unlikely become the next big thing given the sheer lack of content, from maps to unlocks. -NOTE: I want to give it a 3.5, so I rounded up

Pros: The story though not as invigorating as some people wanted is good and believable no single handedly stoping a nuclear war or trying to stop WWIII but good enough. Guns are very accurate and the graphics are well done in my opinion. This game DOES NOT REQUIRE STEAM which is nice for once hate all these companies that are relying upon it to prevent piracy all it does is permanently makes the game unusable to anyone but whoever first installs it to their steam profile.

Cons: The SP is somewhat short.

Overall Review: Oddly enough i played this game right after COD Black Ops and i liked it more. Characters were better developed, story actually made sense 90% more often, and even though missions had kind of a follow the leader game style i actually didnt mind it because your computer generated allies were actually very helpful and used inteligent fighting strategies ninety percent of the time got so tired of BO guys just standing in the open unable to take down an enemy 2 feet away and was happy to see some actually useful ingame allies.

Cons: multiplayer not the best in the world

Overall Review: mostly bought it for the bf3 beta, but still a good game

Pros: Cool game, excellent graphics! Really like the HUD in this game! The campaign is brilliant! Plus has beta for BF3

Overall Review: The story line was one of the best shooters lately, it supprised me fom EA.

Cons: AI is kind of silly

Overall Review: Everything Call of Duty Modern Warfare 2 should have been. The emotion in this game can really be felt and the story can draw you in if you let it.

Pros: Graphics are great! Better realism than other games, you will die in a few hits. The online is like Call of Duty only I like the maps better, there are more places to get into for cover or climbing up to for sniping. Graphics online are fantastic! The campaign was better than most shooters, very engaging, with the exception of Modern Warfare. I have finished the campaign and had no issues with glitches or anything. I am using ATIs 10.12 drivers for those who might need to update.

Cons: Not quite as good as Bad Company 2 online but that's a personal preference, I like all the vehicle options in that game.

Overall Review: I had my doubts about the online aspects but the detail is phenominal! Gameplay is defintely better than expected. Playing it on a Phenom II 955 BE and a MSI HD 5850 settings maxed. It's gonna compete with Battlefield for play time now! COD probably won't be touched anymore, lol.

Pros: The graphics are good, The multiplayer is a lot of fun, (I haven't played single player yet). The game seems to require a lot more strategy than other fps's out there and is challenging. I have not seen a glitch or bug yet.

Cons: I wish that the maps were a little larger. Some of the maps are too sniper friendly.