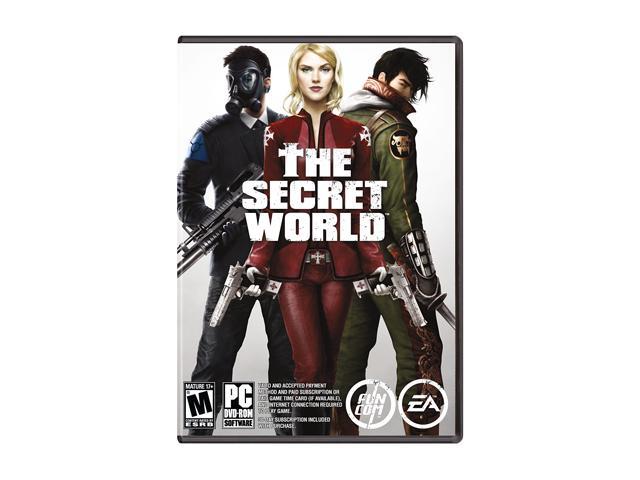 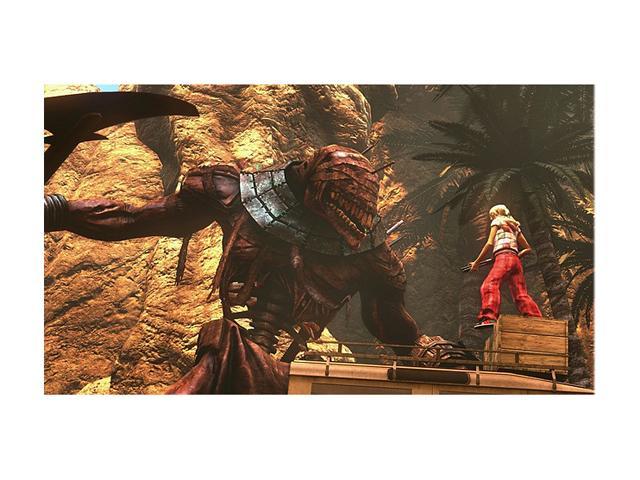 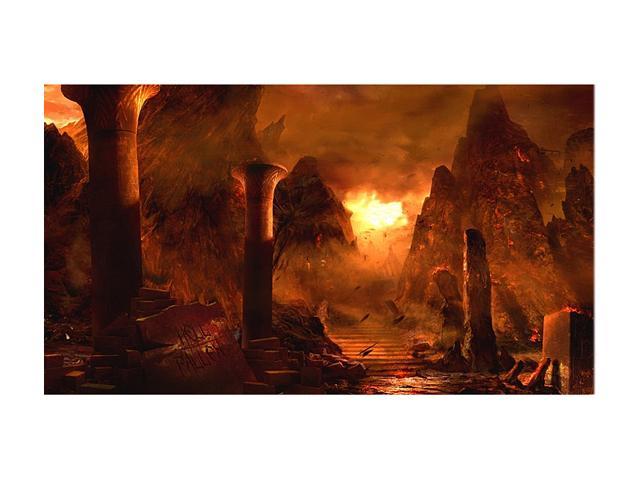 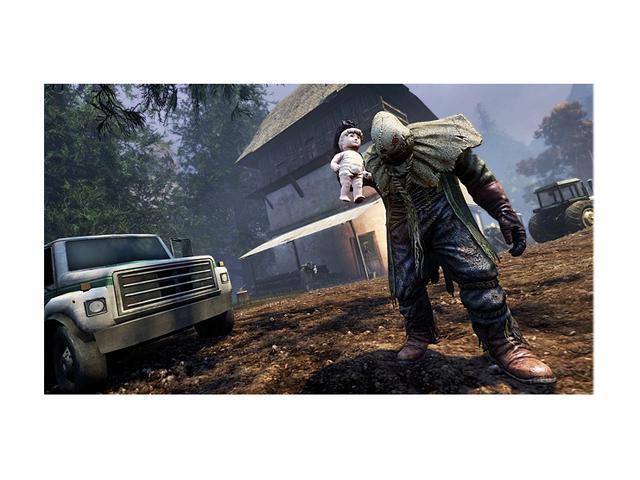 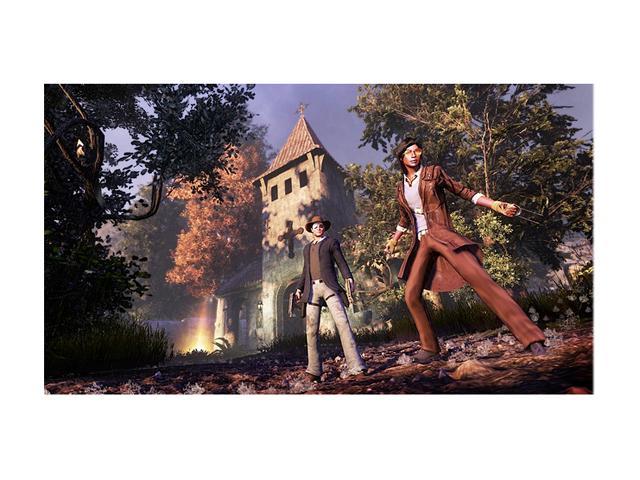 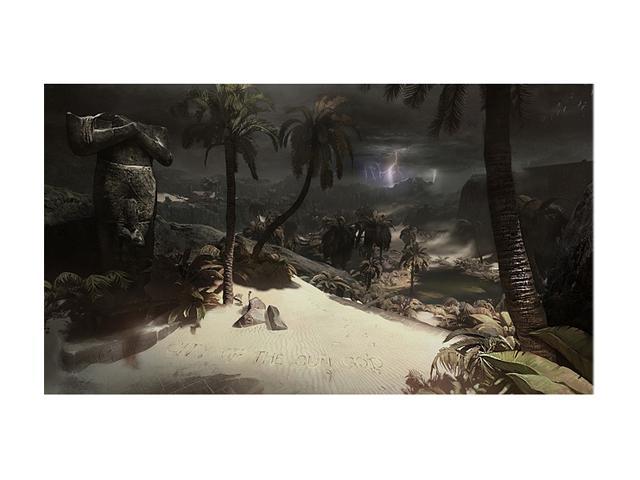 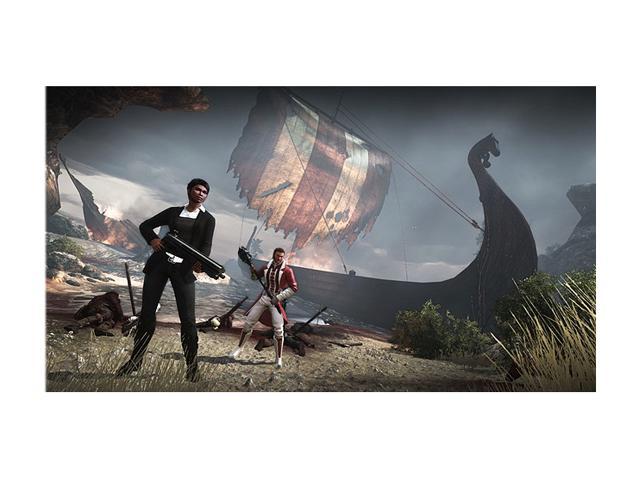 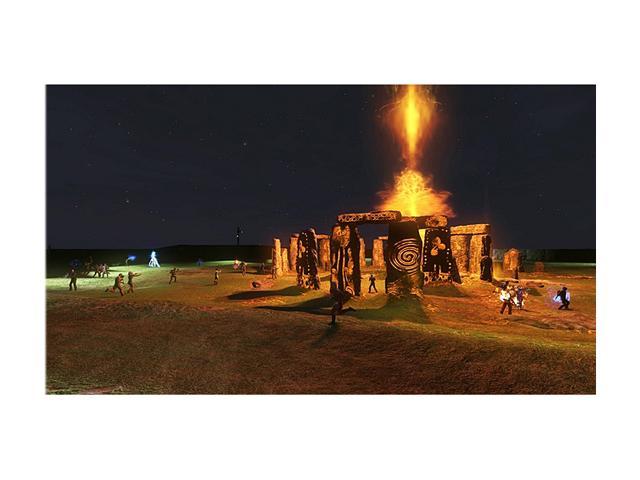 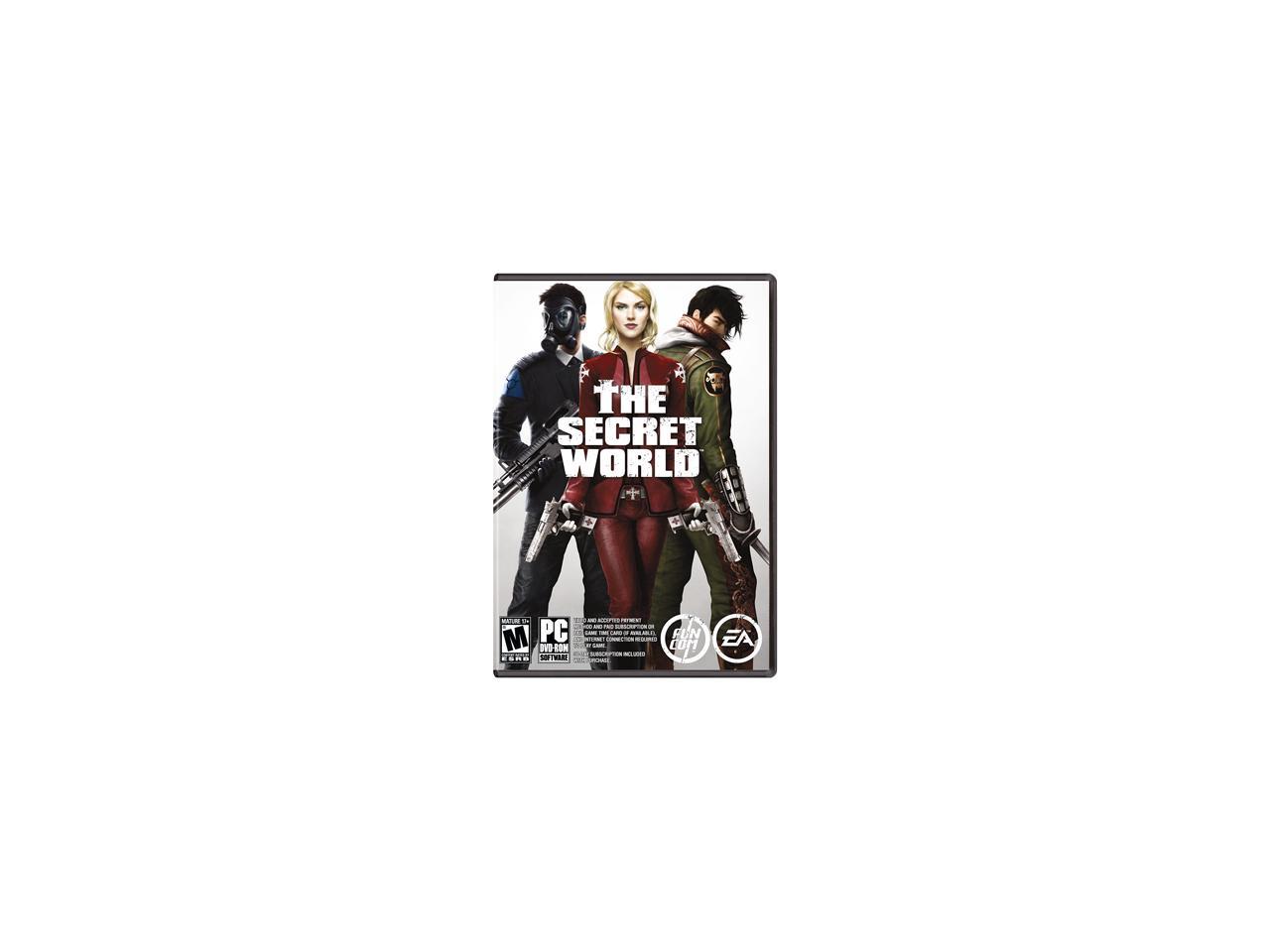 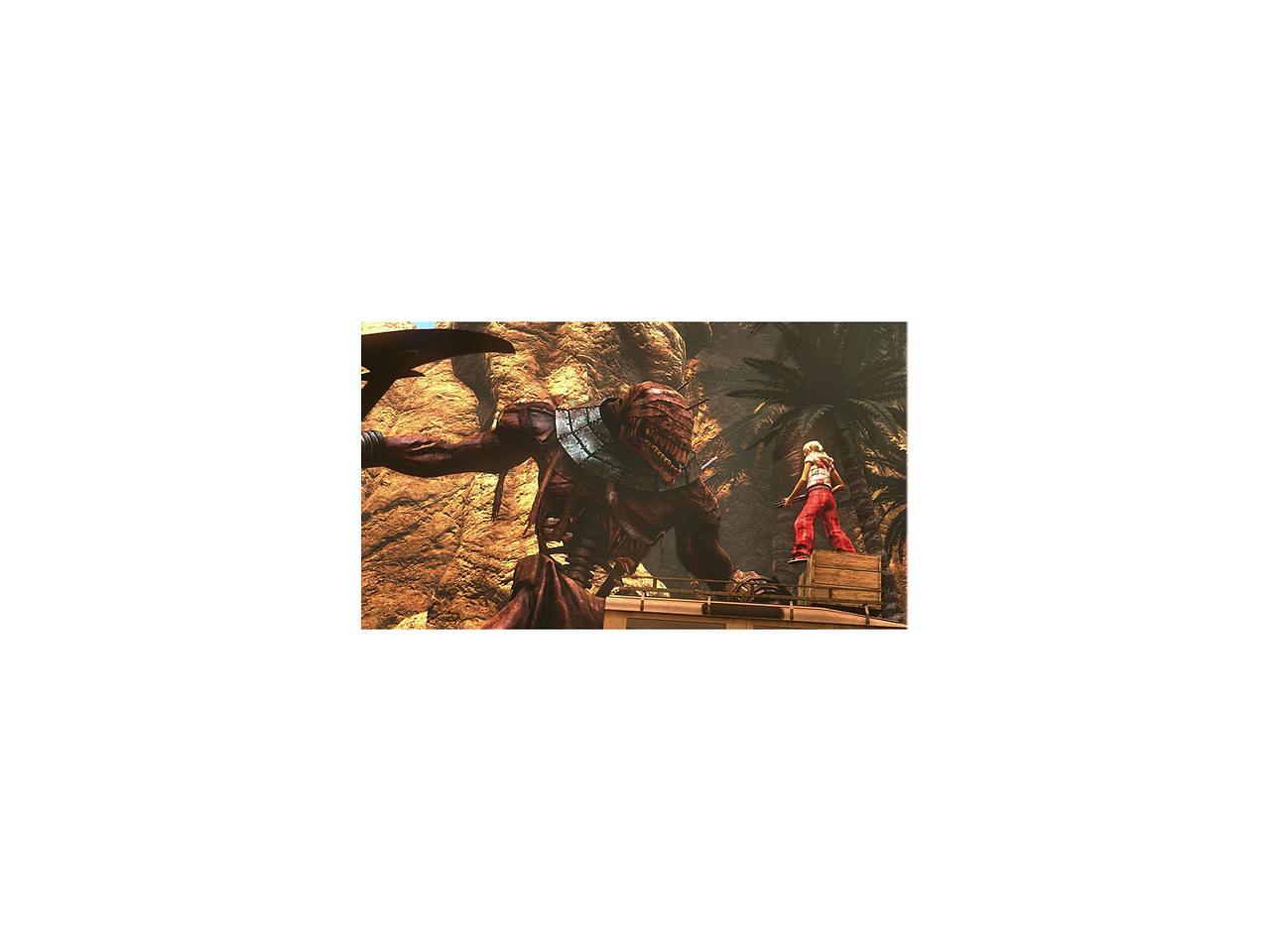 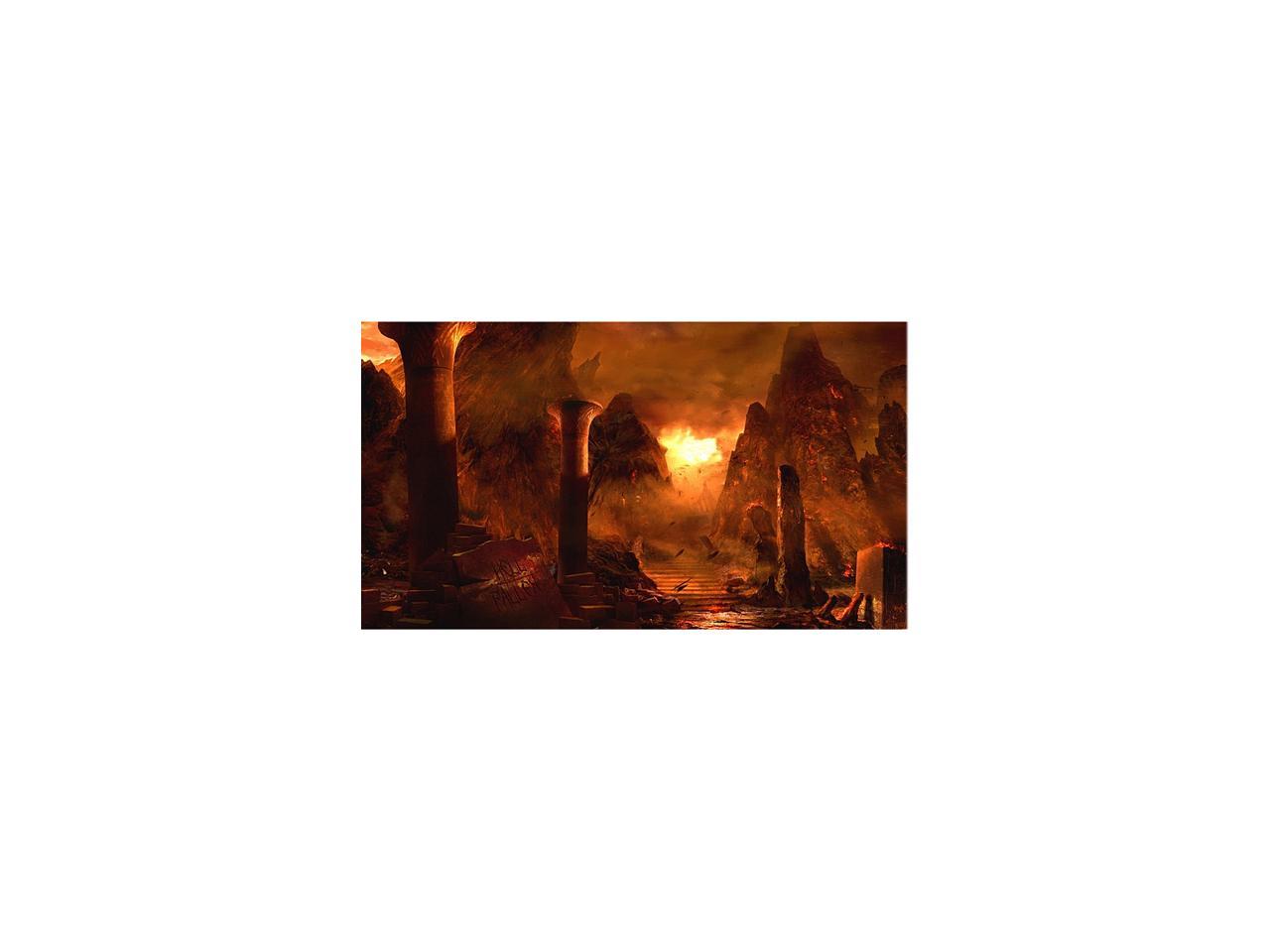 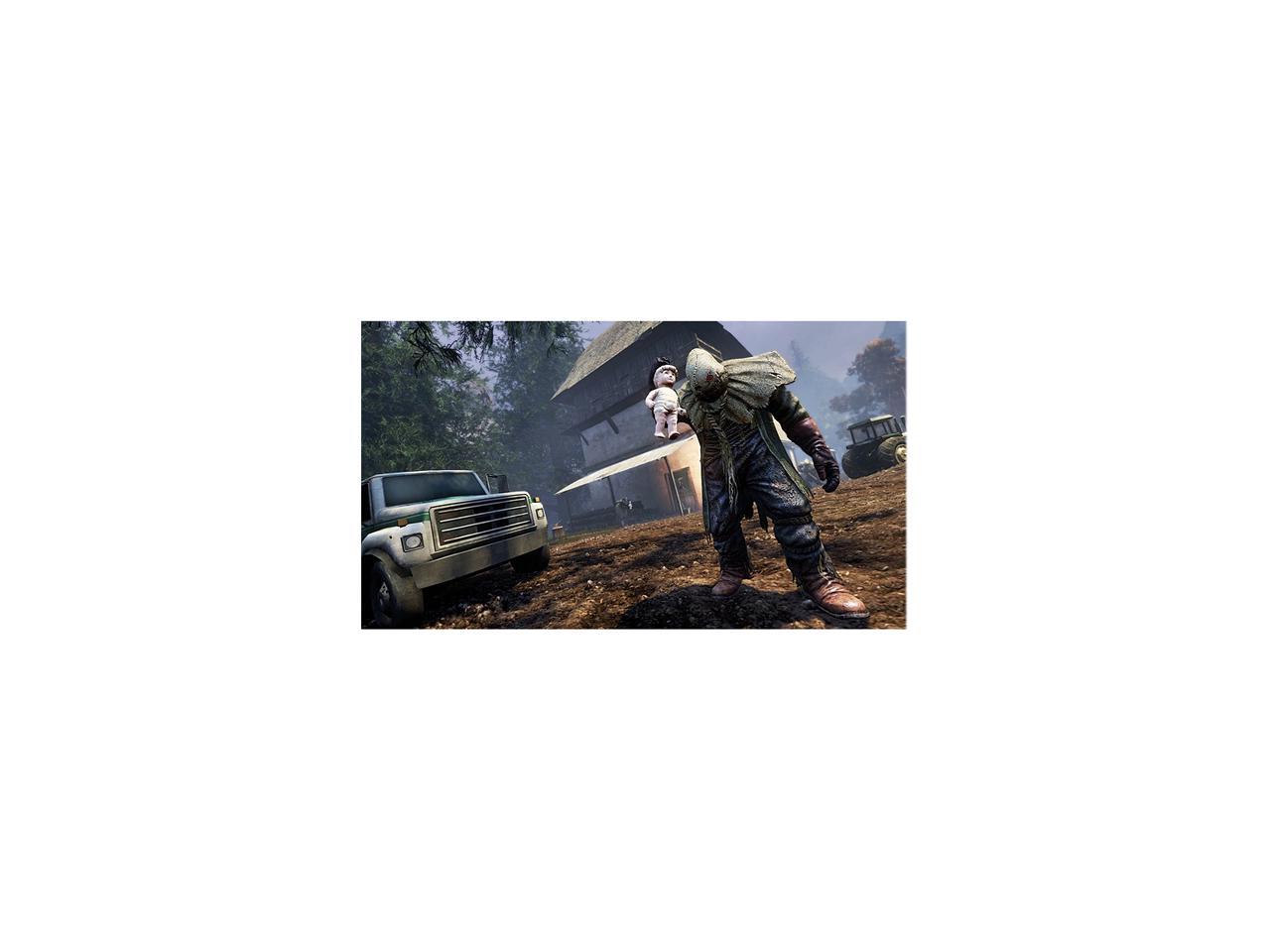 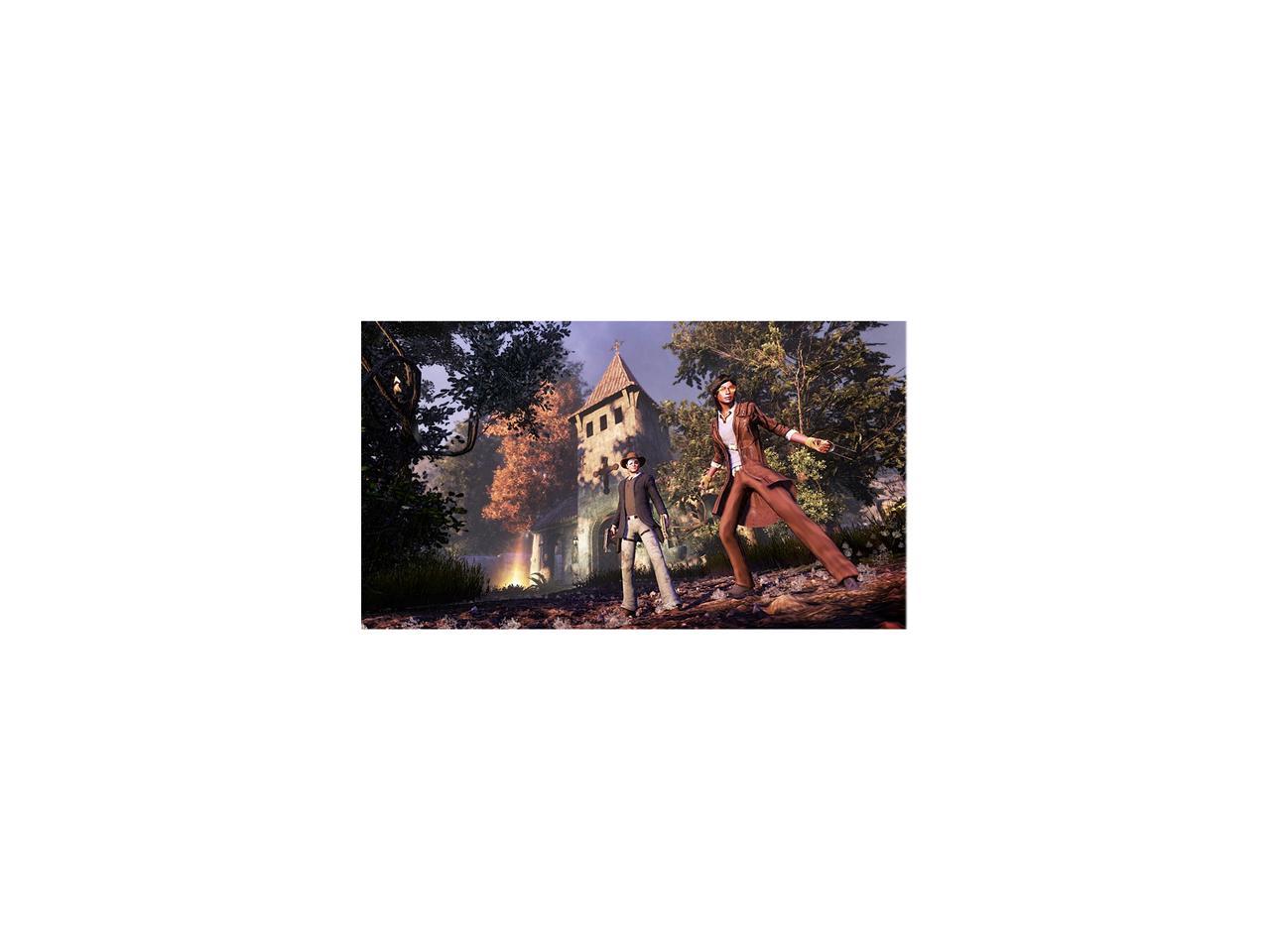 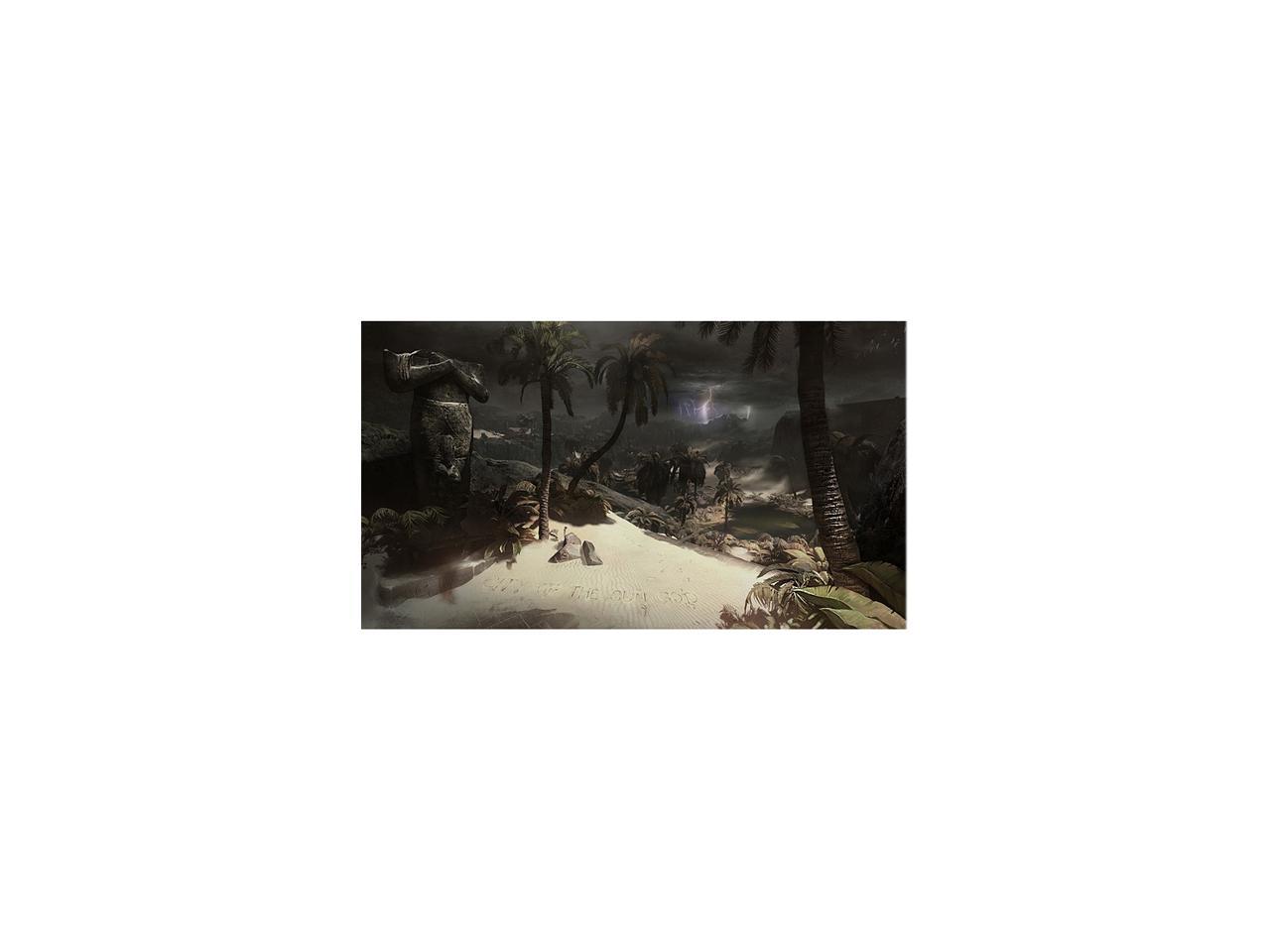 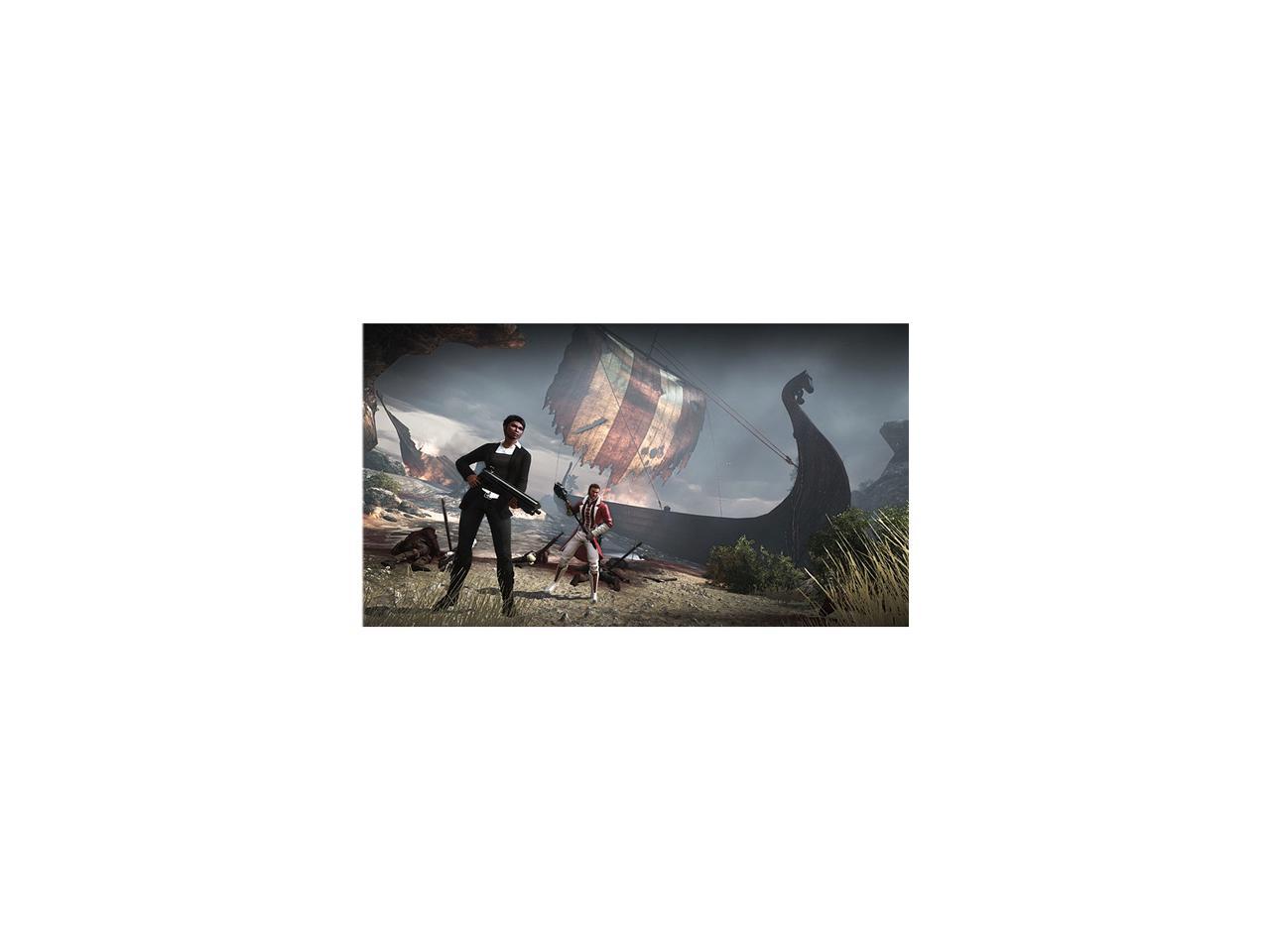 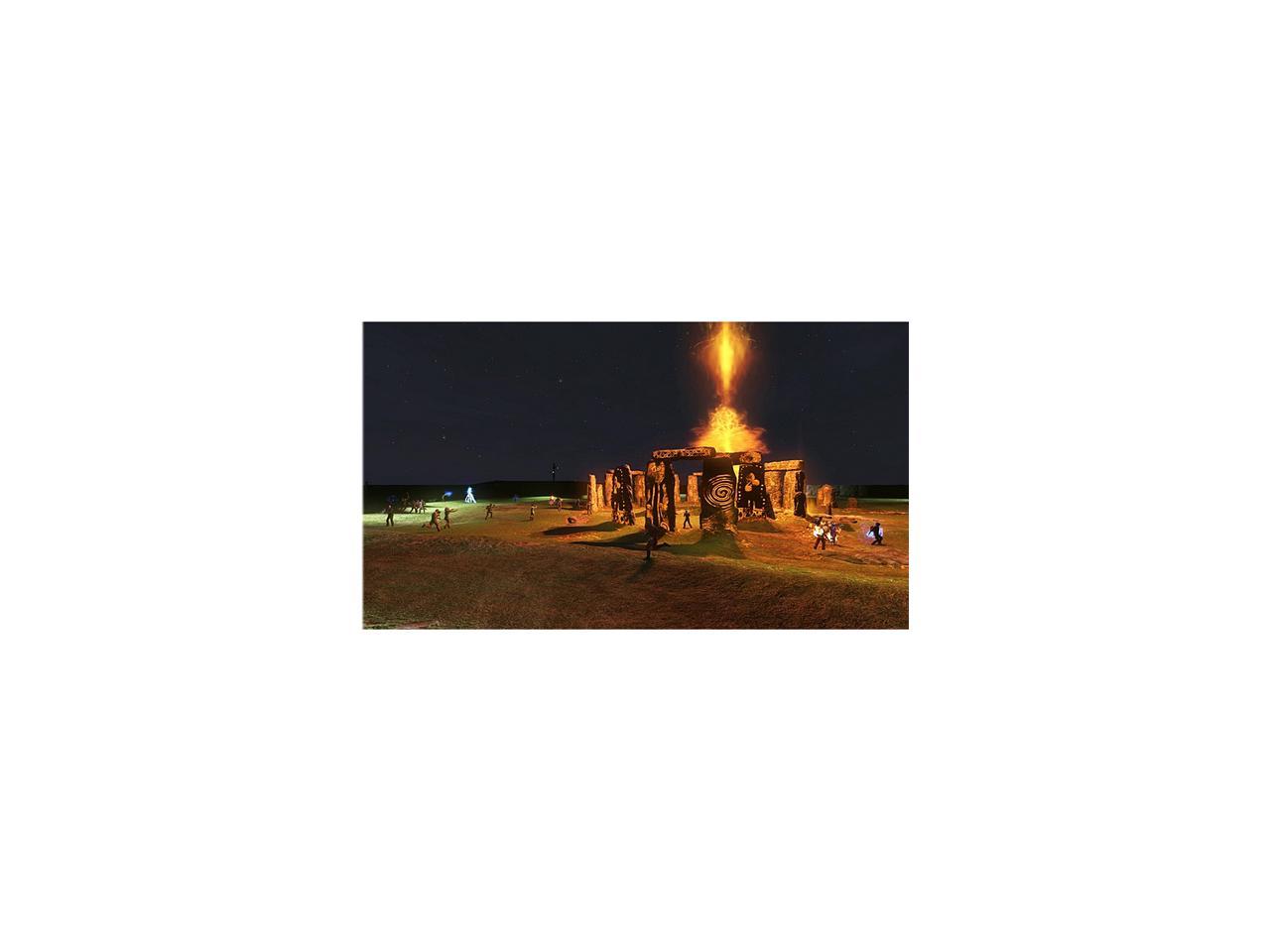 Learn more about the Secret World

Pros: The quests in this game are amazing. If you don't like to cheat, the quests can be downright puzzling and give you genuine feelings of conquest and success when solving the mysteries within. In fact, these feel more like investigations into a super-natural and mysterious world than a "quest". The atmosphere is always haunting, the world itself always alive, and every scrap of information feels important and relevant. The game is memorable, and enviable for its display of smart design...

Cons: ... Unless the design deals with its combat. While I must say the game is freer than some, it still relies heavily on the derivative trinity. I do have a lot of fun building my own decks, but that doesn't forgive the fact I'm still forced to be DPS, Tank, or Healer with little in between. The skill wheel does offer a lot of flexibility in those three roles, but right now it seems like a facade to say there are no levels and no classes. Additionally, the cash grab shop is insulting on premise alone.

Overall Review: I love the game. The combat is just different enough to make it not feel super tedious, and the "main" story group areas have minimal trash mobs separating the players from the action and the story. Investigations and atmosphere are where this game shine, and make up for the shortcomings in the combat design while offering truly unique avenues for online gaming. Nothing is cooler than solving an immensely difficult puzzle with your friend.

Pros: Modern real-world setting, where conspiracy theories are incorporated into an extremely well-written story-line. This gives game lore a much greater feeling of verisimilitude, compared to the standard fantasy setting and the standard fantasy boilerplate stories. Another great feature is that it is classless. You chose to advance in any weapon-skill or magic-focus-skill you wish and you can currently choose up to 7 active & 7 passive abilities that effectively determine you 'class' and 'role'. However, compared to other systems, TSW effectively permits Healer-Tanks and other strange combinations. No longer will people 'rage-quit' over having their level 80 Ranger nerfed into oblivion. This means that you will have several 'builds' in the mid-game, such as a solo-DPS-oriented self-healer, and a pick-up-group-oriented classic Tank, and possibly a custom hybrid build for a tighter integration with close friends, since you find that pure roles are not necessarily the most effective.

Cons: Feels small compared to the average MMO. This is being addressed with monthly expansions, including today's addition of Tokyo as a group raid, and a new auxiliary weapon-slot that starts off with Rocket Launchers. That said, I've now played this game longer than any previous MMO I've ever played, including Everquest and Star Wars Galaxies, and without even rolling an alt, I will be able to learn all abilities, use all weapons, & all magic in the game, selecting whichever 'build' I like best. I'm still not more than about 1/8th of the way to obtaining all abilities/skills, and that may drop to less than 1/10th with the addition of auxiliary weapons.

Overall Review: This is the first game I really got into role-playing, probably due to the greater involvement in the lore, which is not your everyday fantasy boilerplate. The RP is itself addictive, never mind the gameplay, and the gameplay is enhanced with other good role-players.

Pros: What the other reviewers have said is true. TSW does a lot of things well - finally, a mature MMO that delivers. The missions overall are pretty good, investigations are a great diversion from the standard FedEx/Kill 10 X missions. Voice acting is top shelf, the atmosphere is great, level design is phenomenal and I'm a really big fan of the "classless" system, such as you find here or in Guild Wars. The buy once and done pricing scheme was a big lure for me as well.

Cons: This game is a long way from 5 stars, however. Let's start with game crashing - it happens several times a play session. Doesn't matter how great the world is if you keep getting kicked to desktop. A lot of strange bugs - dead enemies still shooting you, being trapped in terrain and NPC's can attack you, etc. Then, as great as the missions can be, they are equally often an exercise in tedium. Most of the rewards come from actually doing missions, and they've taken a lot of "trash mobs" out of dungeons. Then you get a mission that would be great...if it weren't needlessly bogged down with mobs around every corner, or you didn't have to keep killing the same named mob until you no longer care why you're doing it. Factions are largely pointless aside from clothing selections by putting together decks or ranking up. In the end you wind up doing pretty much the same thing regardless of who you side with, which leads me to another problem - if you bore easily, there's not a lot of replayability here. Each character goes to the same places and confronts the same obstacles.

Overall Review: The Secret World does a lot of things right. For every one of those things, it does another terribly. Clothing for example, is a love/hate relationship. Some of the options are fantastic...but there's no way to tint anything in game. So it looks like a cash grab in the online shop, even if that isn't the intent. If you buy a shirt, be careful, because you only get one of six colors. Oh, and you have to pay 25% more than the asking cost if you want it per account, instead of per character. Currently I'm having fun, and if you have the extra money, I don't think you'll be disappointed. Still, there are a lot of things that could (in some cases, should) be so much better.

Cons: My laptop is running Windows 8.1 and the game freezes to the point of having to restart the computer.

Overall Review: I know for a fact that Windows 8 is the problem. With 8 gb of memory and 2 gb of dedicated video memory the hardware should handle the game. Once I get downgraded to Windows 7 I should be fine.

Pros: Mature themed MMO. Voice acting in the missions. Very decent graphics for an MMO. Equipped looks are aesthetic only. (and you can customize your other gear that isn't to look the way you want) Unique "crafting" system. Repeatable missions (for those ones you enjoy and want to replay days or weeks or w/e down the road.) Classless progression with mix and match abilities. **INVESTIGATION MISSIONS!** are awesome main missions that rely on puzzle solving and clue gathering (often from outside the game) and actually challenge the player... of course you could always cheat if you want.. but they're an amazing facet of the game. and PVP is just fun. You can start from the beginning of the game. and probably a lot more that I can't think of right now.

Cons: Needs more people playing! Come join the secret world.. I need more opponents in pvp.. er.. more people to help out. :p Game is still in it's early stages at the time of writing so things are still in development. And occasional server lag (as with any MMO) can be detrimental to play on busy nights. But, nothing really glaring.

Overall Review: There are fewer 10-year-olds playing this game due to the mature content and pleasantly (oddly enough), a heck of a lot less drama and rude/obnoxious people. (there are some, people are people after all) having played other MMOs there is a hugely noticeable difference between the age brackets and "whining." A lot less Whining = a lot more fun.

Pros: Great game. Different then the standard MMO right now. Such a nice change up and breath of fresh air. Lots of fun and they have big plans to improve.

Cons: Pricey, but worth it.

Pros: I have been playing this game since .7 beta and have seen tremendous commitment from the makers to improve the game. The game has fantastic storylines and enjoyable, adult oriented cut-scenes.

Cons: Not a ton of pvp support yet, and no open world pvp.

Overall Review: I will be buying the grand master pack (lifetime sub) for this game as I can find myself with chills going down my spine on many missions. I love that!