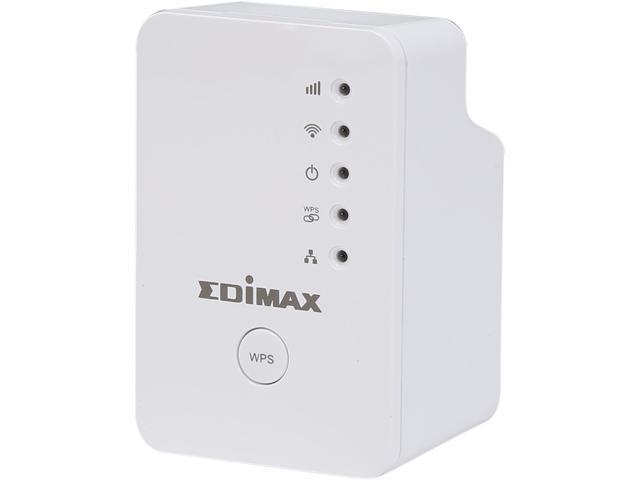 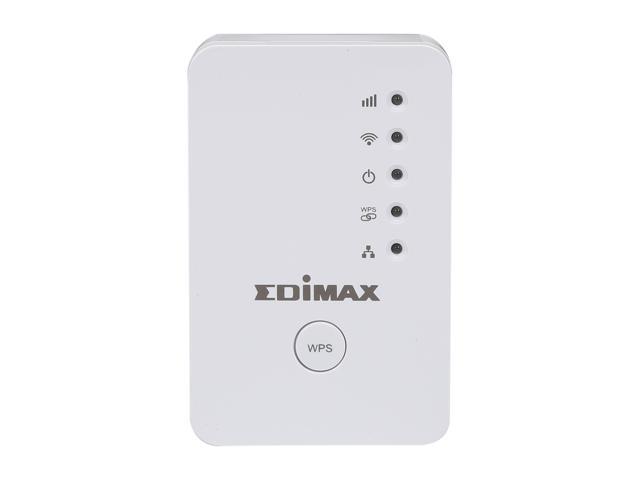 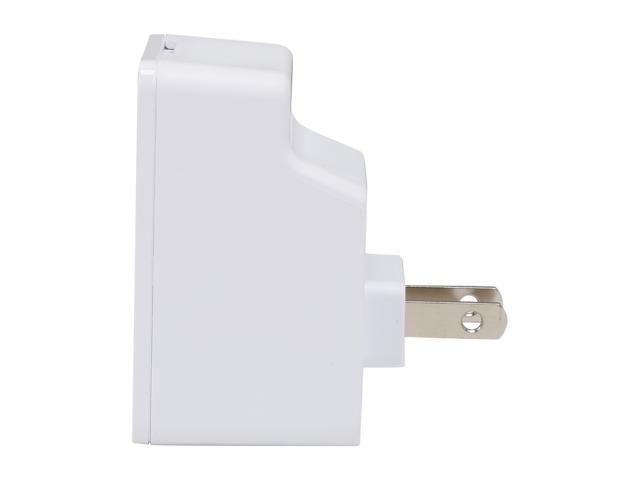 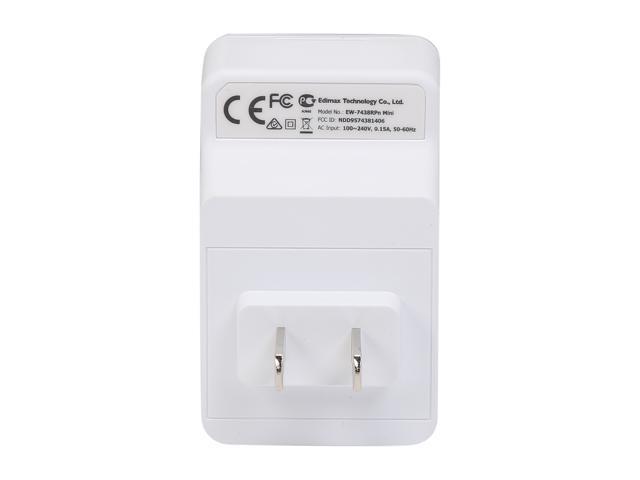 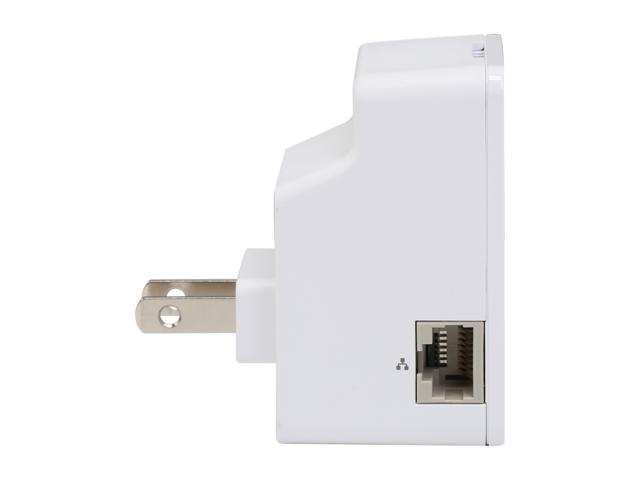 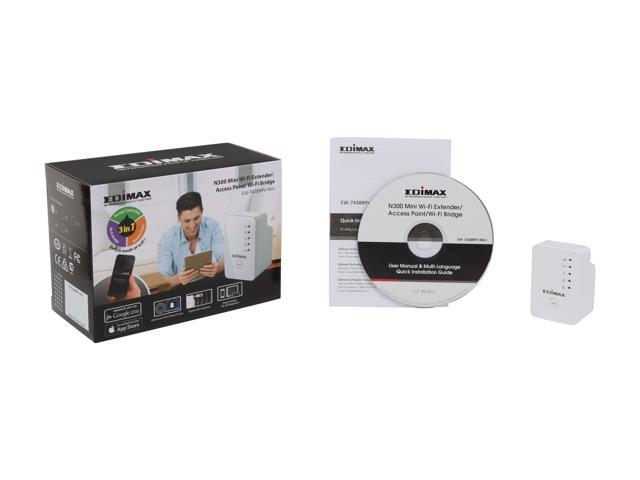 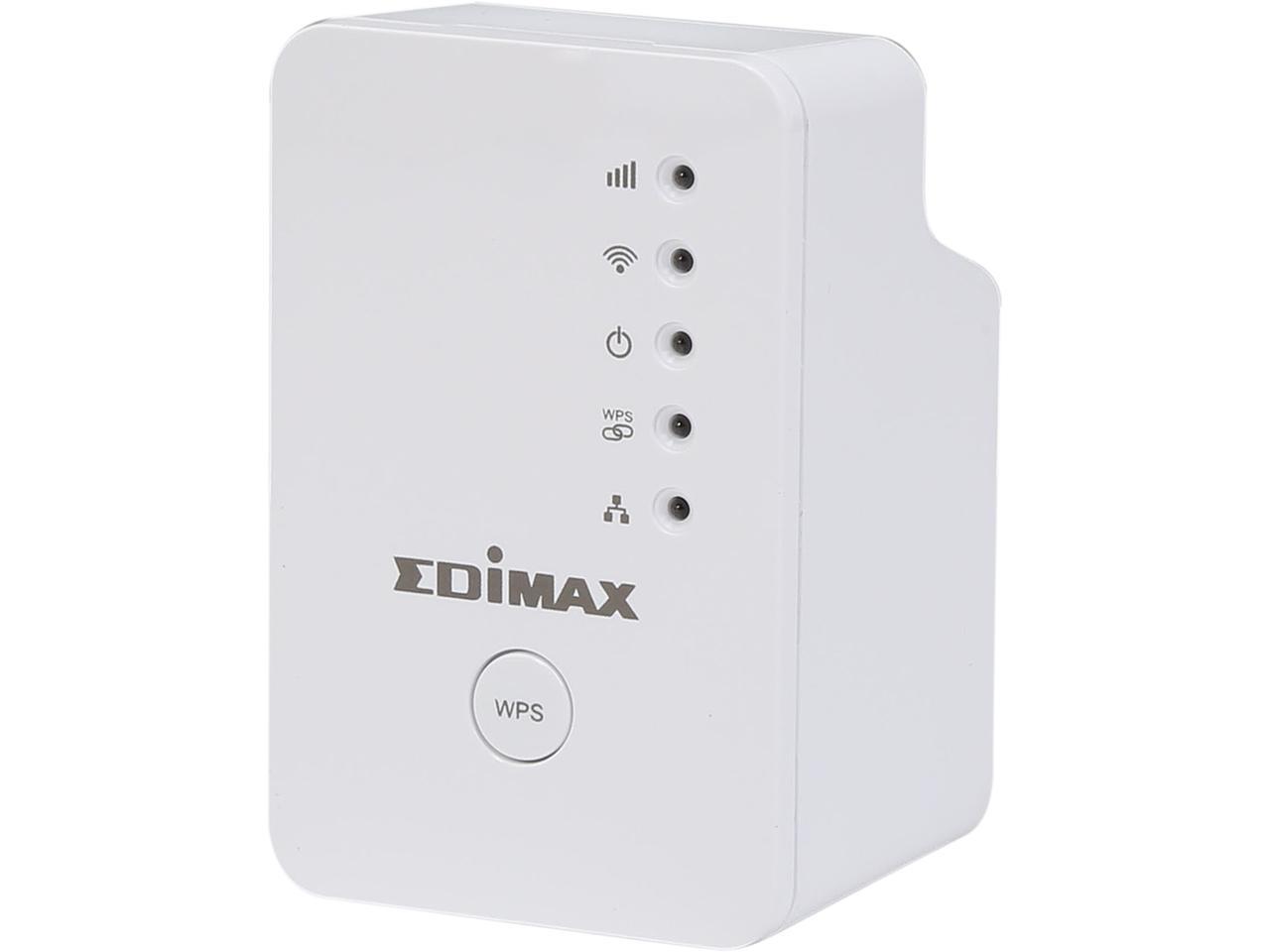 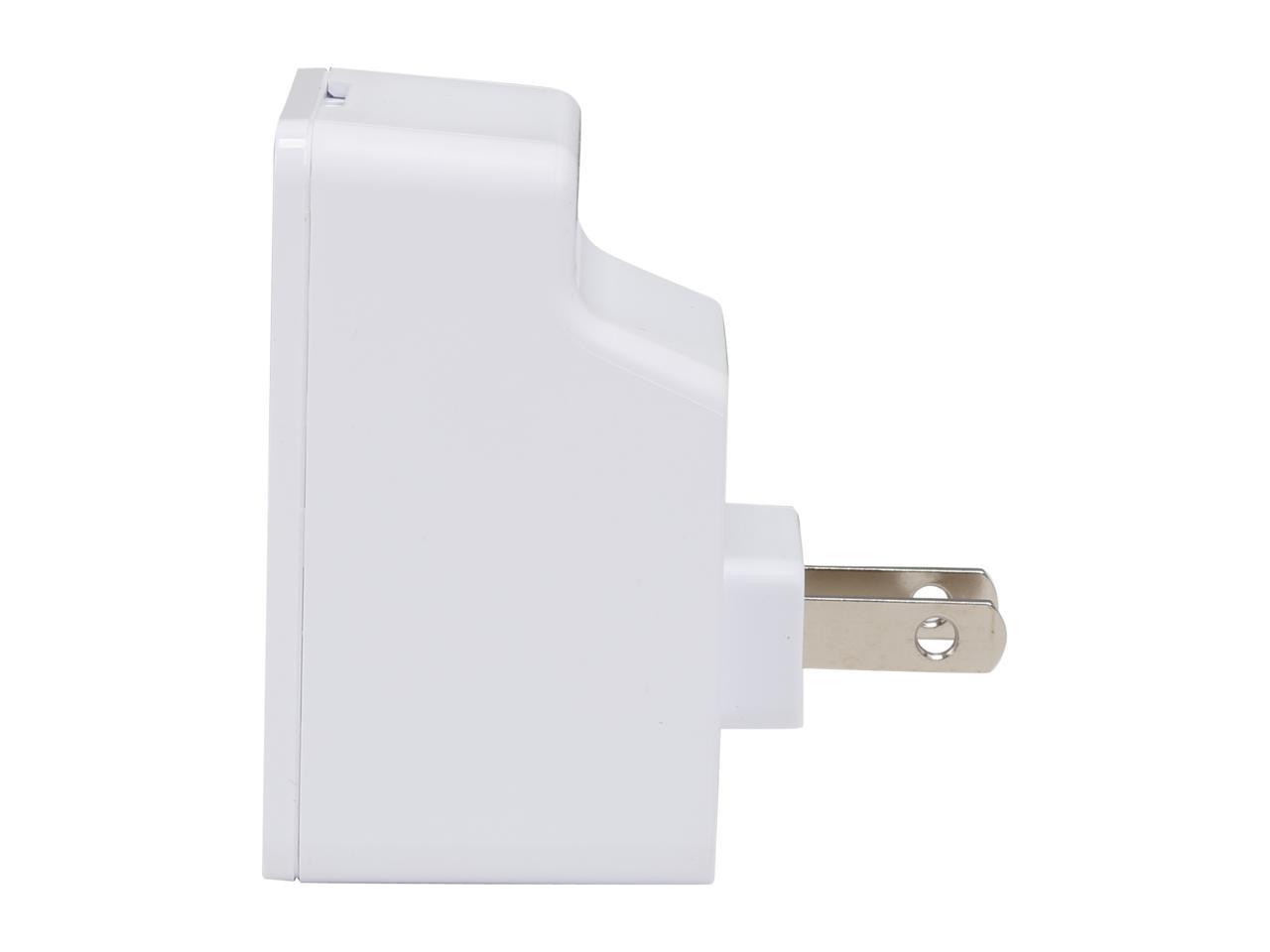 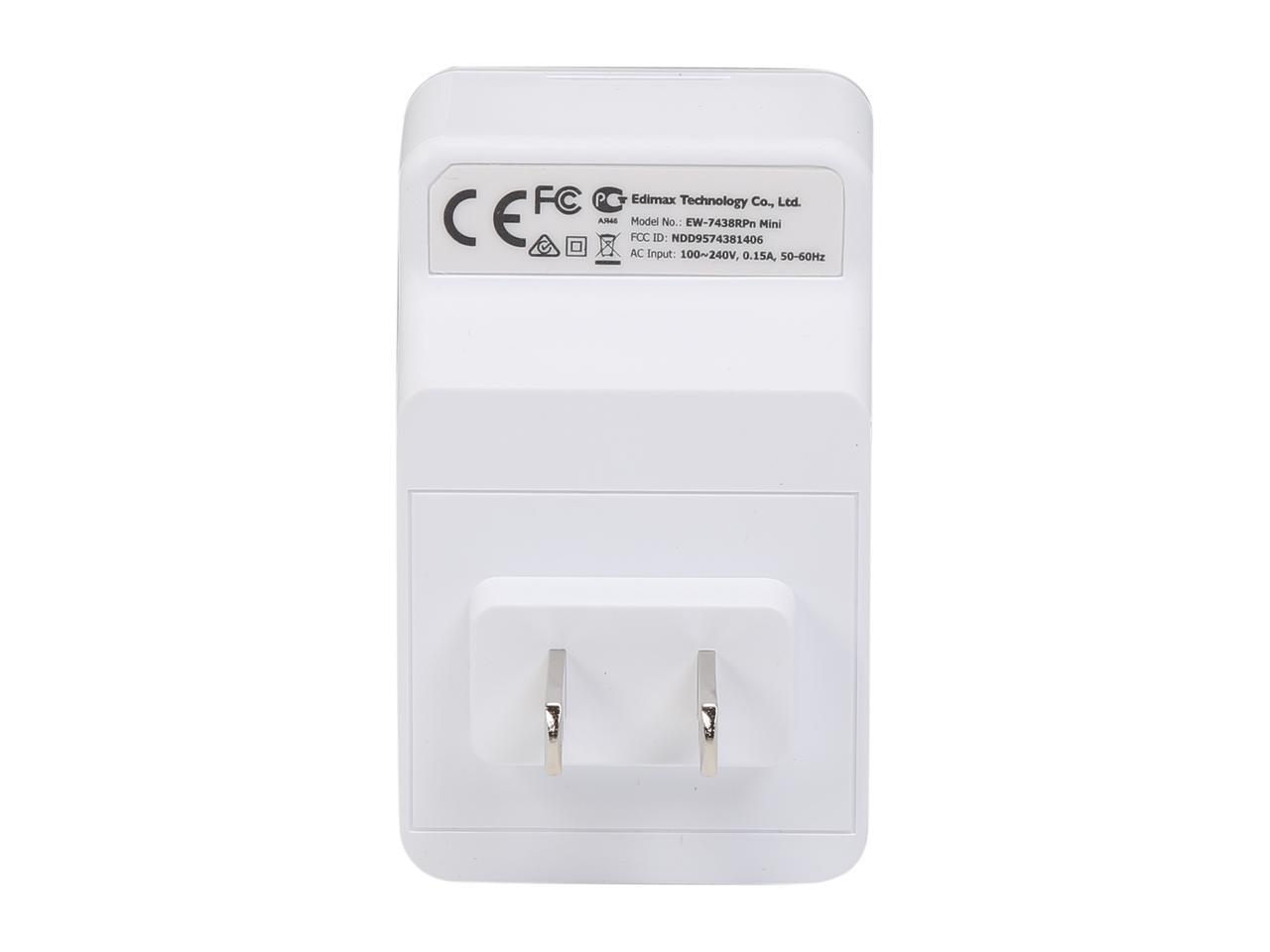 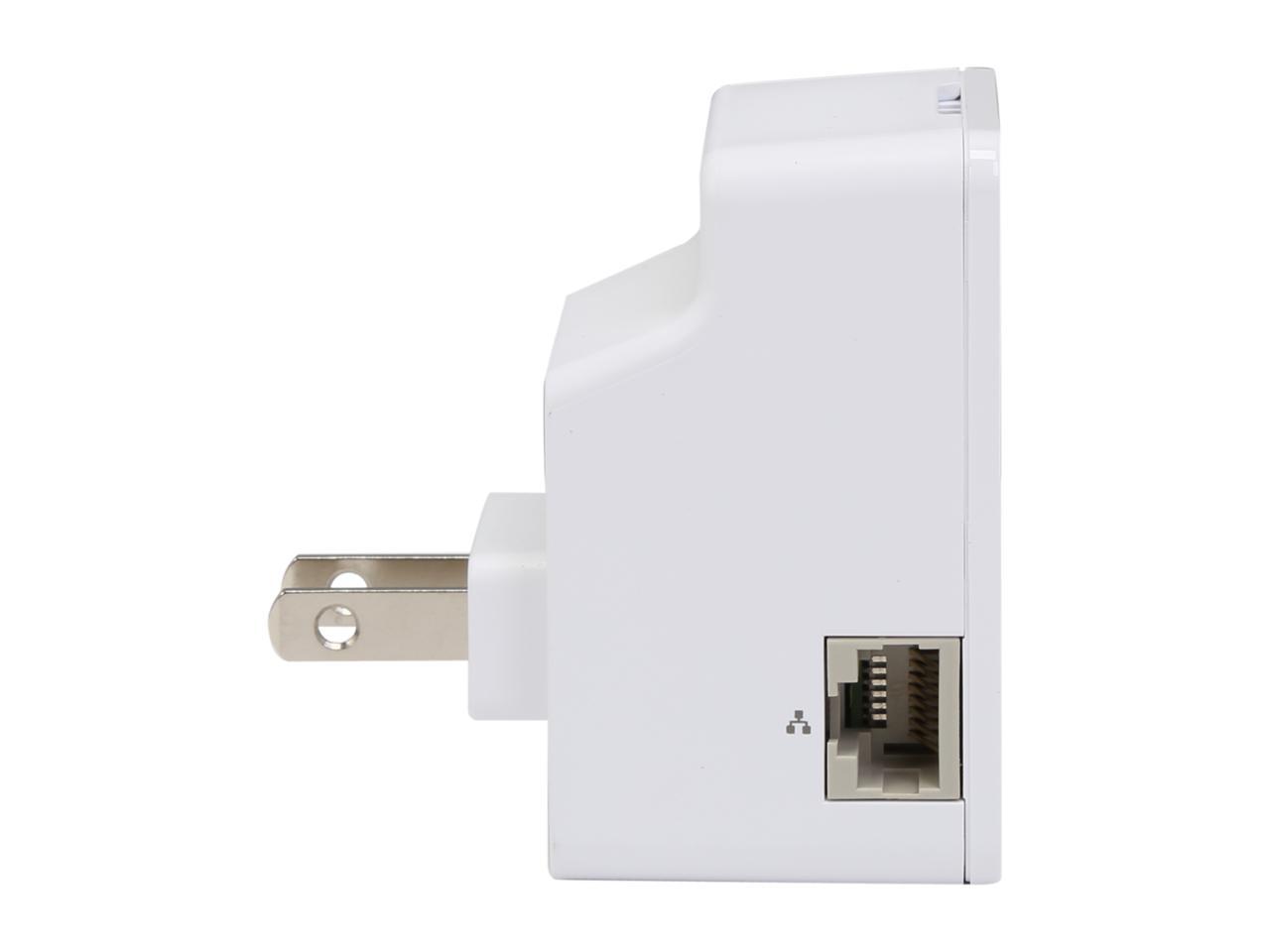 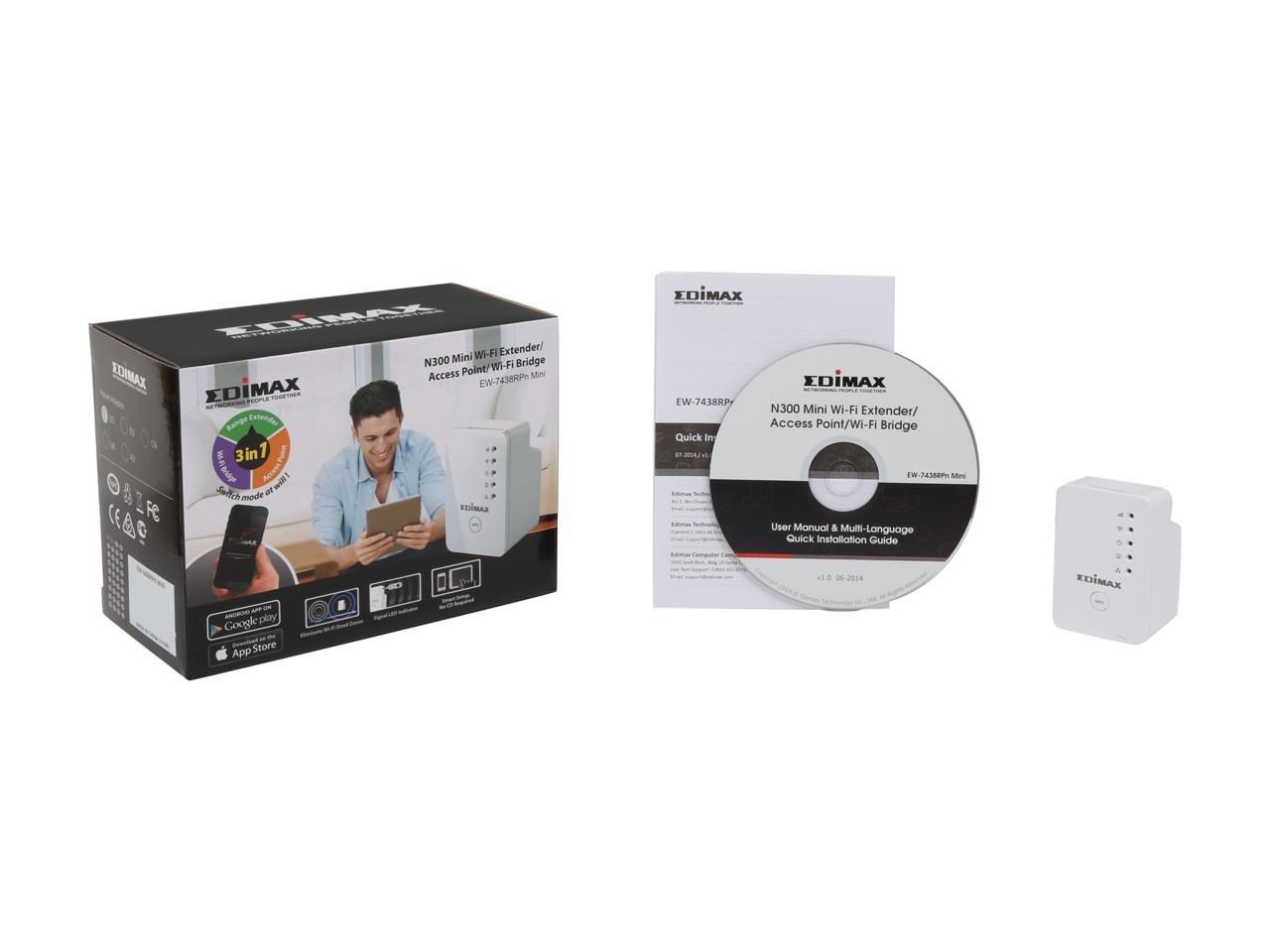 Overall Review: Although I immediately connected to "Edimaxext.setup" signal, I couldn't get the config page until I reconnected and thenDISCONNECTED from my default network. From there, the web config page popped right up in Chrome, with no URL entered. This is a great, simple device, actually brilliant in it's operation. Although you can do the same things with a common router, they may need aftermarket firmware and a lot more settings. If you need a simple-to-configure access point or bridge, the Edimax is hard to beat. Not having extra boxes on shelf, wall wart, etc. are nice too!

Pros: Easy setup, low profile so you can hide it. The phone-app software works really well, too. Blankets your home with WiFi. I don't have any low-signal dead-zones anywhere in my concrete wall of a home.

Cons: Requires a reboot every now and again.

Overall Review: The price couldn't be beat, so I grabbed two! It was a pretty straightforward setup process, no hassle at all. The only downside is that it has to be rebooted every now and again The signal strength will be excellent, but it just stops moving network traffic. **UPDATE** So after having it for a while, I was forced to figure some things out. When setting it up, it creates it's own access point with your home WiFi SSID, like Linksys_1 or something like that. However, you can have it as a repeater and not throw out its own SSID. I originally had it setup with the number after the name, and I kept running into problems. I reset the device and then just told it to use the home network's SSID, and not create its own, and I hardly had as many issues, if any at all. I had to reset it one time over a 3-4 week period, and that was it. It's really seamless, and works great.

Pros: Cheap, effective, was able to clone network and act as a repeater. Signal now available through the whole house, and even parts outside.

Overall Review: You will have to power cycle this once in a while, as all network devices need, so I can't really mark it as a con. This device allowed me to be able to use the wireless in the bathroom (the only place I couldn't reach in the house) - which is probably most important for those long reading sessions while doing your 'paperwork.' I have also been able to get reliable signal out in the driveway as well, which is great when I forget to update work orders on my comp before I leave for the day, I can use my phone then, without eating up my data or going back into the house. Setup was easy and fairly straightforward, I was able to clone my SSID so I don't have to swap networks manually and end up having two separate networks, my devices just grab whichever is stronger.

Cons: Cell picked it up right away, for a week, maybe 2, now my phone doesn't see it at all, nor do any other wireless devices in the house. A friend came over last weekend, his phone didn't see it either, & he was less than 5 feet away from it. So after 6-8 months of it just sitting there, helping spin my electric meter, it has been unplugged..... for good.

Overall Review: Did I tell you about the cool lights on the front??

Pros: Easy to set up and quick to reconfigure good signal strength can program with my phone using their app nice packaging, easy to plug in and hide from plain view web set up management

Cons: limited app features once programmed, need to get ip address from router or network, app doesn't connect any more

Overall Review: I have 2 of these and I am happy with them. 1 is running as an extender the other as a bridge to my XBox 360, both have been in service for 6 months. I have reconfigured the devices multiple times which is very easy, hold the WPS button for 10 seconds, and it resets to default. I have used their app to program the device and it works fine. Make sure you note the IP address when displayed so you have it if you need to access the device. All in all, I am happy and will pick up another one if they go on sale.

Pros: This EDIMAX Mini Took about 15 minutes to setup and works great. I tested 2 ways. 1) I made a wi-fi phone call using T-Mobile's wi-fi calling feature on my cell phone. I walked all over the house checking to see if the signal would drop or beep, indicating a weak signal. Passed that test with flying colors. 2) I used a wi-fi signal app on my phone and confirmed the signal was pretty strong throughout the house. Easy to install using my cell phone's web brouser.

Cons: Not really anything. Just to check to see the longevity of this little guy.

Pros: Small. Easy to use and set up.

Overall Review: I'm just doing a re-review after owning awhile. The device would drop blue-ray player randomly after a week of purchase. However, a simple easy to do FIRMWARE update solved the problem. This thing works great and does exactly what it says. Update the FIRMWARE (as you should with any device) and have fun :)

Pros: Extremely easy to set up. Great range. Great reliability. WiFi Bridge so it can double as a WiFi card/adapter for Switches and single devices like a Printer.

Overall Review: I now have a total of 4 of these in my house and 2 in other family members' homes. Whoever designed and built my house did not have the psychic foresight to be concerned with how WiFi signals travel through a house. I initially bought 2 of these to allow WiFi access to the master bedroom and the bedrooms for my boys on the other side of the house. When my job allowed me to start working from home, I needed another to setup in my home office, utilizing the WiFi Bridge feature. A 4 port switch and this little device allows me to have everything I need on the network without the need for extra WiFi cards or adapters. I bought a 4th to give WiFi access to my backyard, because why not? I've set these up in my dad's house, as well as my brother's. They both love them and the fact that they can be in their living room with the family instead of back in their home offices to do the things they need to do. Will definitely buy as many times as they are needed.