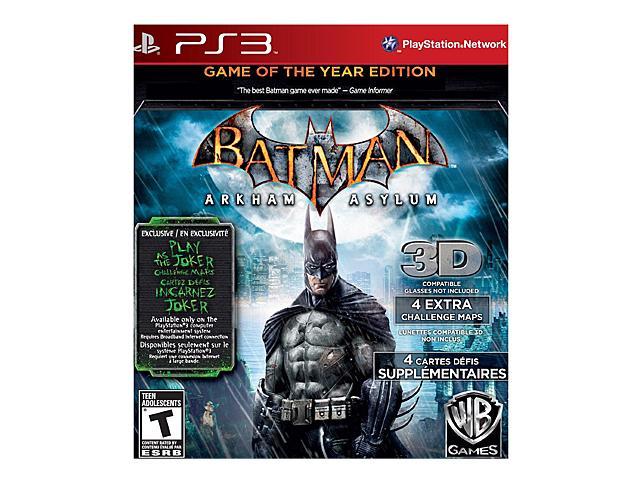 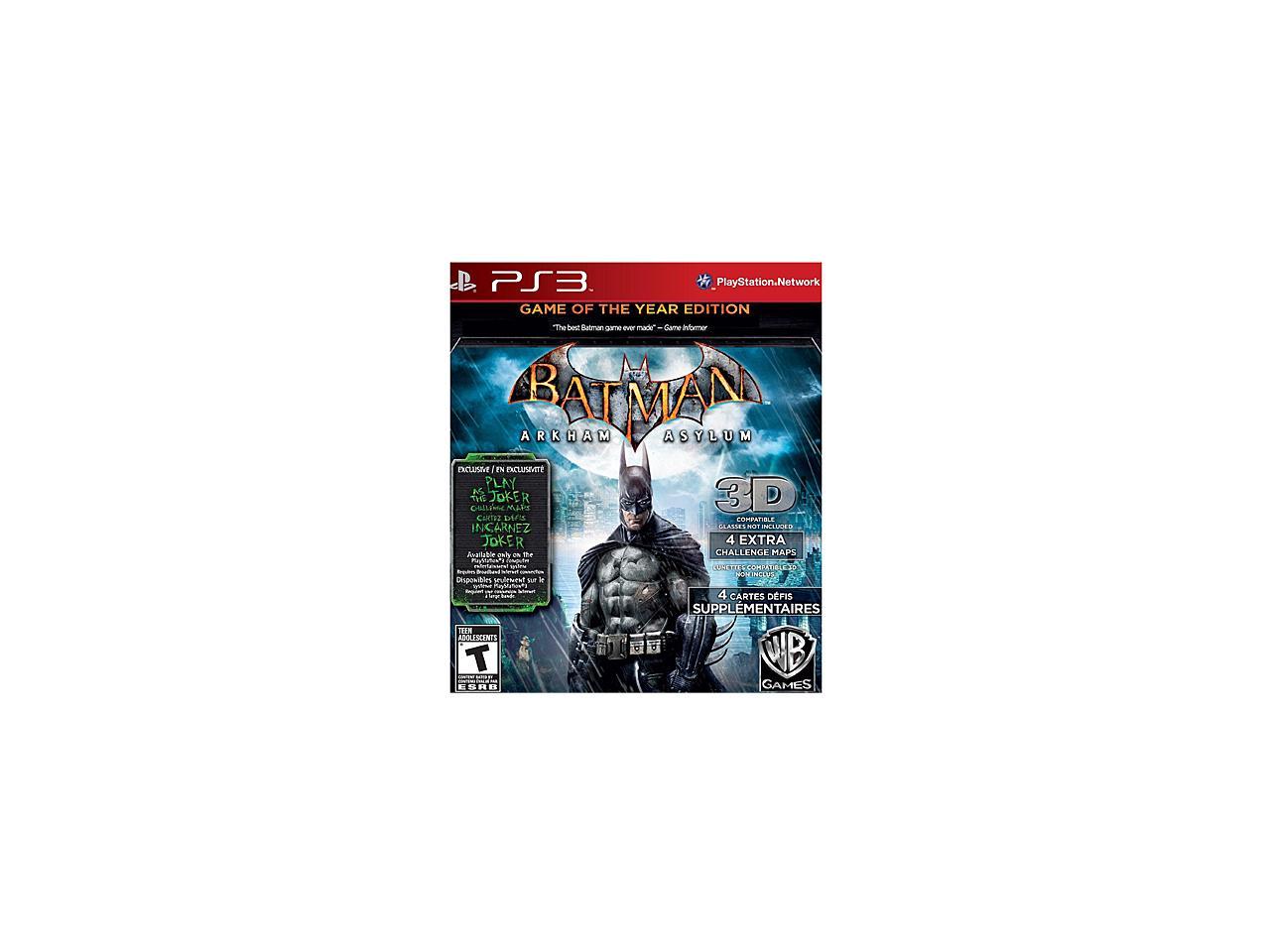 (17) Write a Review
In stock.
Ships from United States.
Most customers receive within 4-8 days.
Specs
Reviews

Learn more about the Batman Arkham Asylum Game of the year

Pros: visually appealing; it even offers a 3d mode that doesn't require a new 3d television just glasses which are included in the games case. 3d mode can be switched on and off on the fly during game-play by just going into the pause/start menu. detective mode, 3d, and of course the normal view offer 3 distinct visual styles to the game that can each be turned on and off in a split second and all look awesome. great storyline, full on dark gotham atmosphere, sometimes you actually start to feel like you're batman jumping out of the shadows and knocking out bad guys and striking fear into the hearts of the wicked. lots of gadgets on the utility belt in true batman fashion. its the game of the year edition for a reason, people loved it and you will too even if you aren't a Dc fan, comic reader, or even batman lover. I'm a marvel man myself and hate to say it but I loved being batman.

Cons: all 3d movies and games if viewed for long periods of time can hurt your eyes. numerous new studies have shown that if proper care isn't taken by the developers with image depth you can actually damage your eyes over times. This being said, its not a perfect technology, but it is a fun one to use every once in a while, so i like that this game doesn't require it, rather offers it as a bonus to add to the experience whenever you want it.

Pros: The product reached me in about two days. Newegg has always impressed me with the speed at which they ship. The game is great; graphics, sound, gameplay, etc. Kevin Conroy and Mark Hamill will always be the voices of Batman and Joker, respectively.

Cons: The GH edition doesn't have 3D glasses, but I knew that before I bought it so I can't remove an egg.

Overall Review: I suggest using a third party to find game reviews. Newegg really isn't the place to be looking for reviews of games.

Overall Review: I received Arkham City for free, but was told to play Asylum first, and I'm glad I did. You MUST play this game!!!

Pros: The combat is fast-paced and very simple, yet satisfying. Stealth combat is very enjoyable. The story is very entertaining and there are many disturbingly fun easter eggs.

Overall Review: For 19.99 you just can't go wrong. After playing this game I might just have to pay full price for Arkham City, and I rarely want a game so badly that I'm willing to pay 50 bucks.

Pros: theres a reason its game of the year its better than bacon wrapped cupcakes