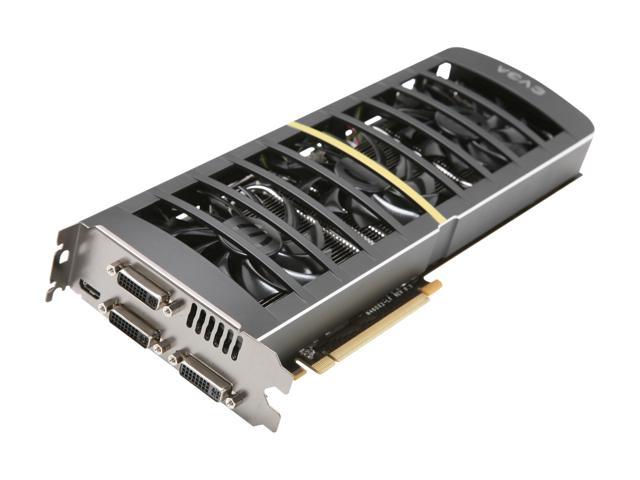 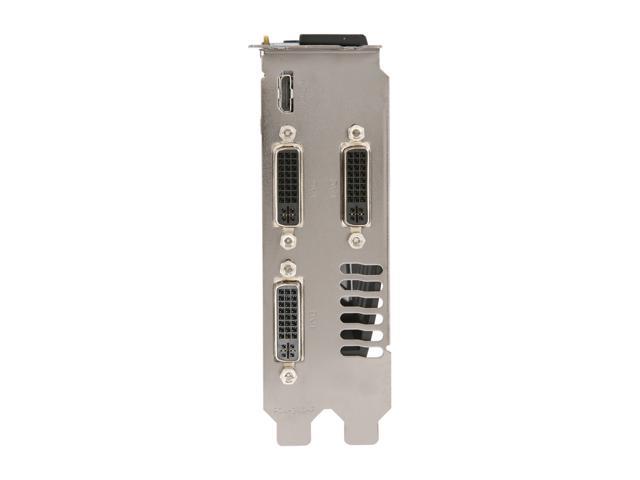 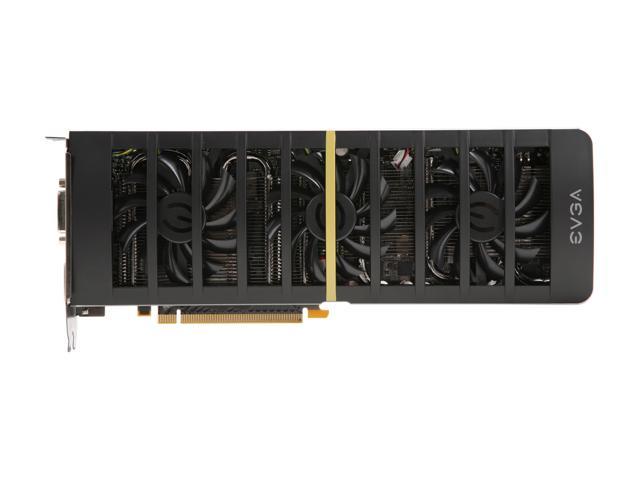 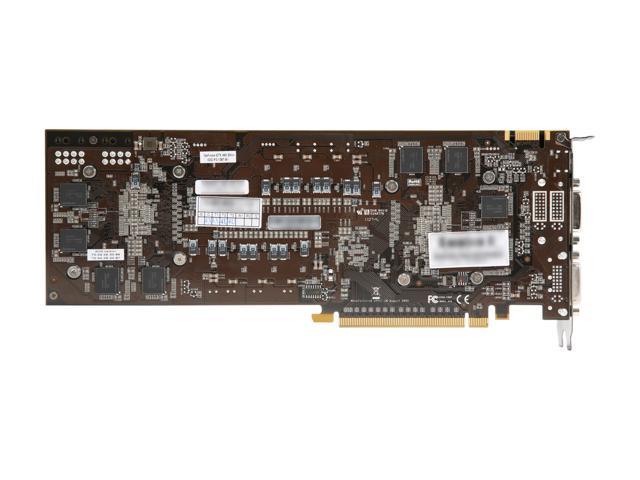 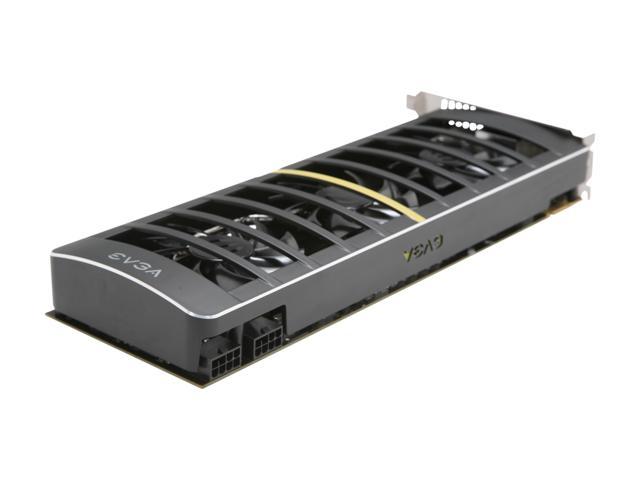 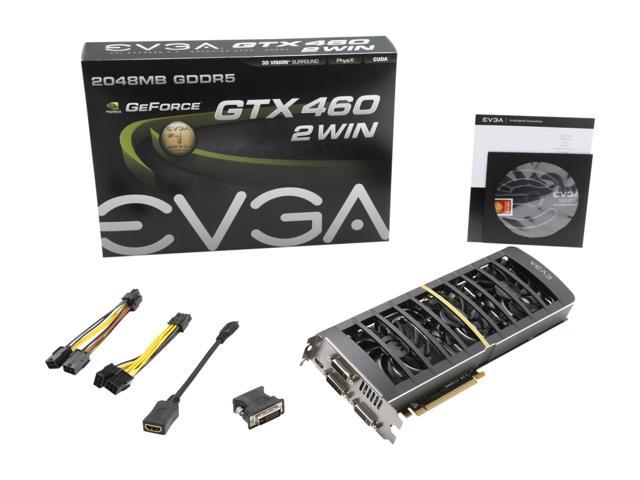 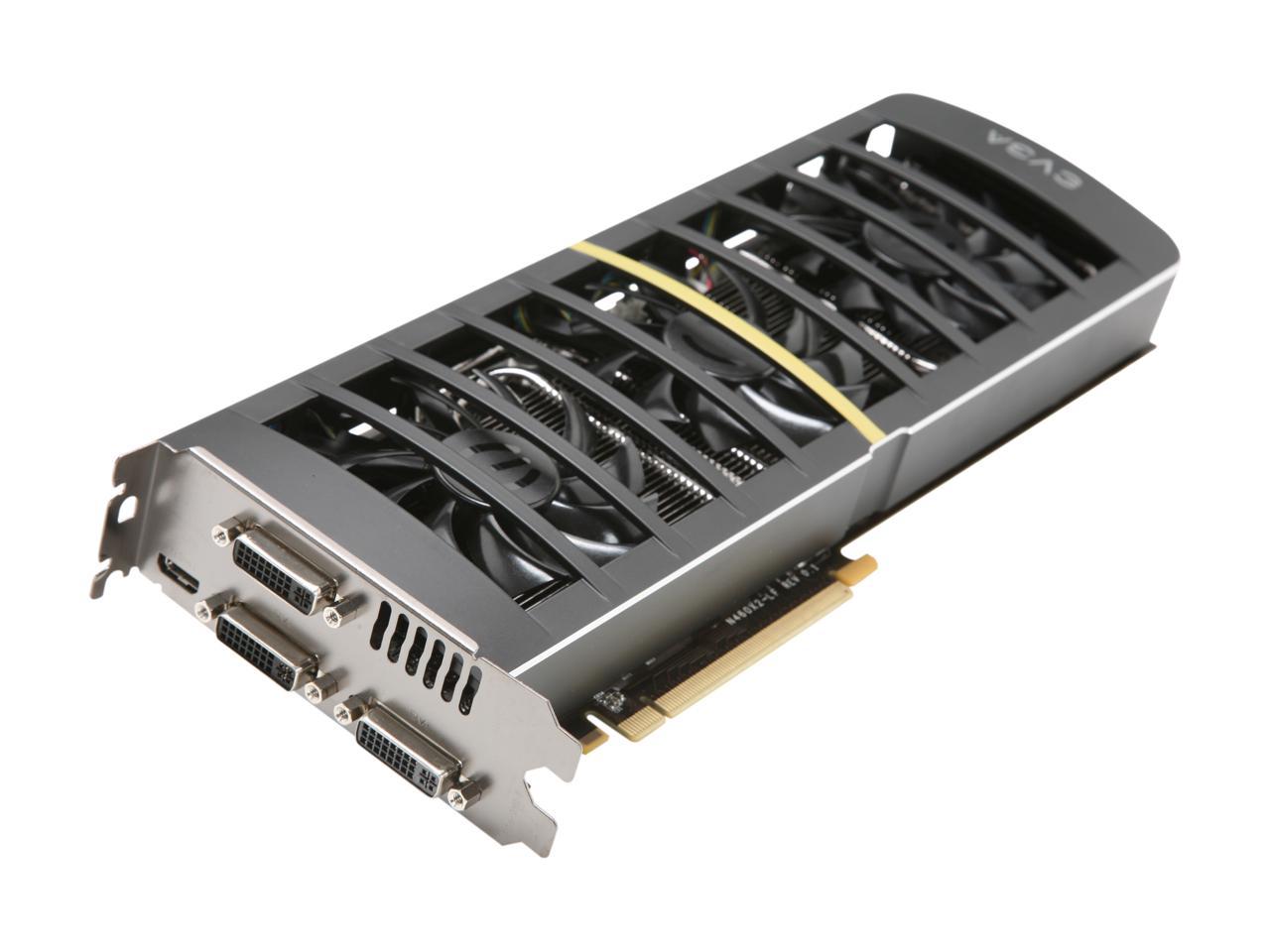 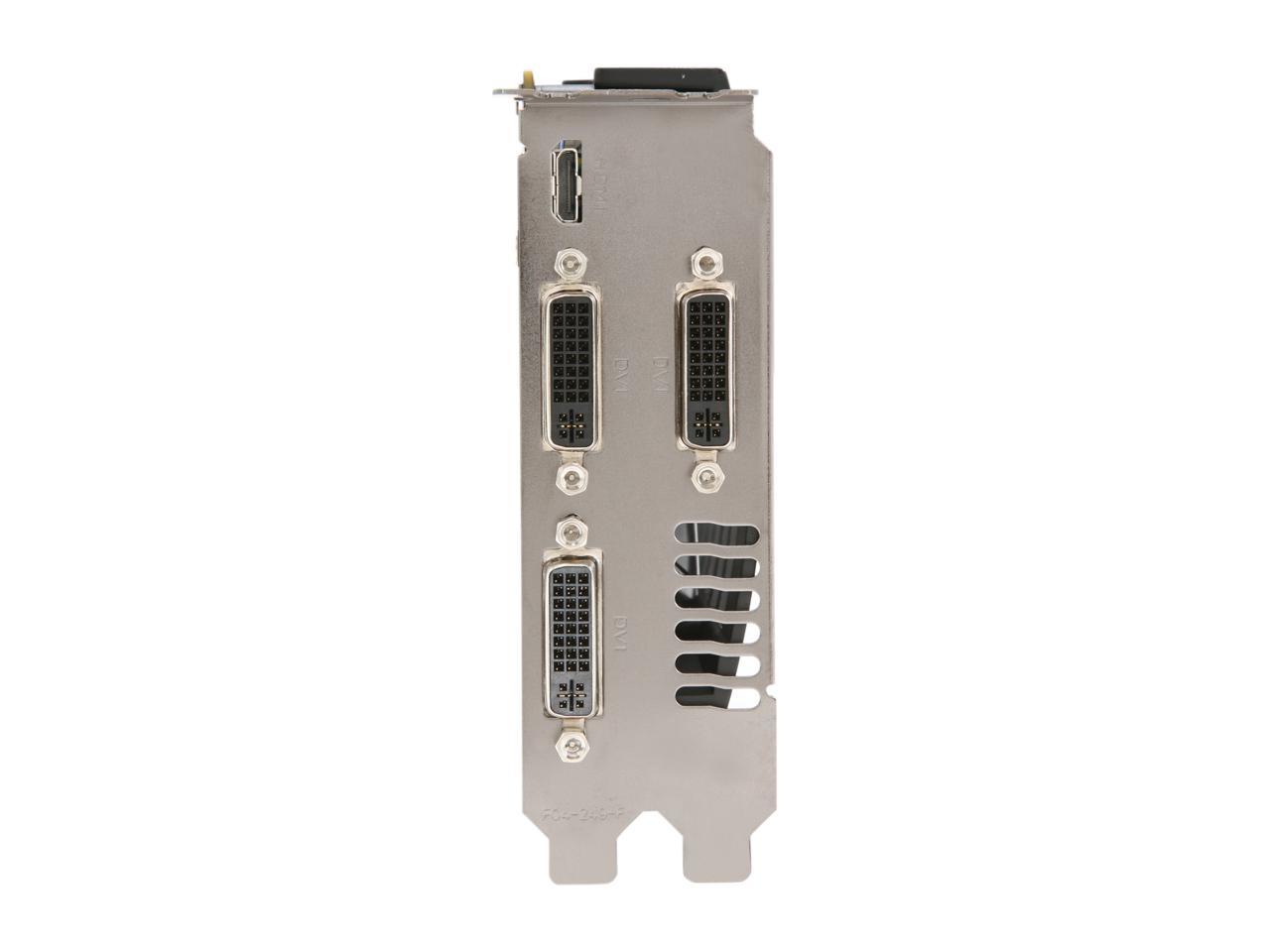 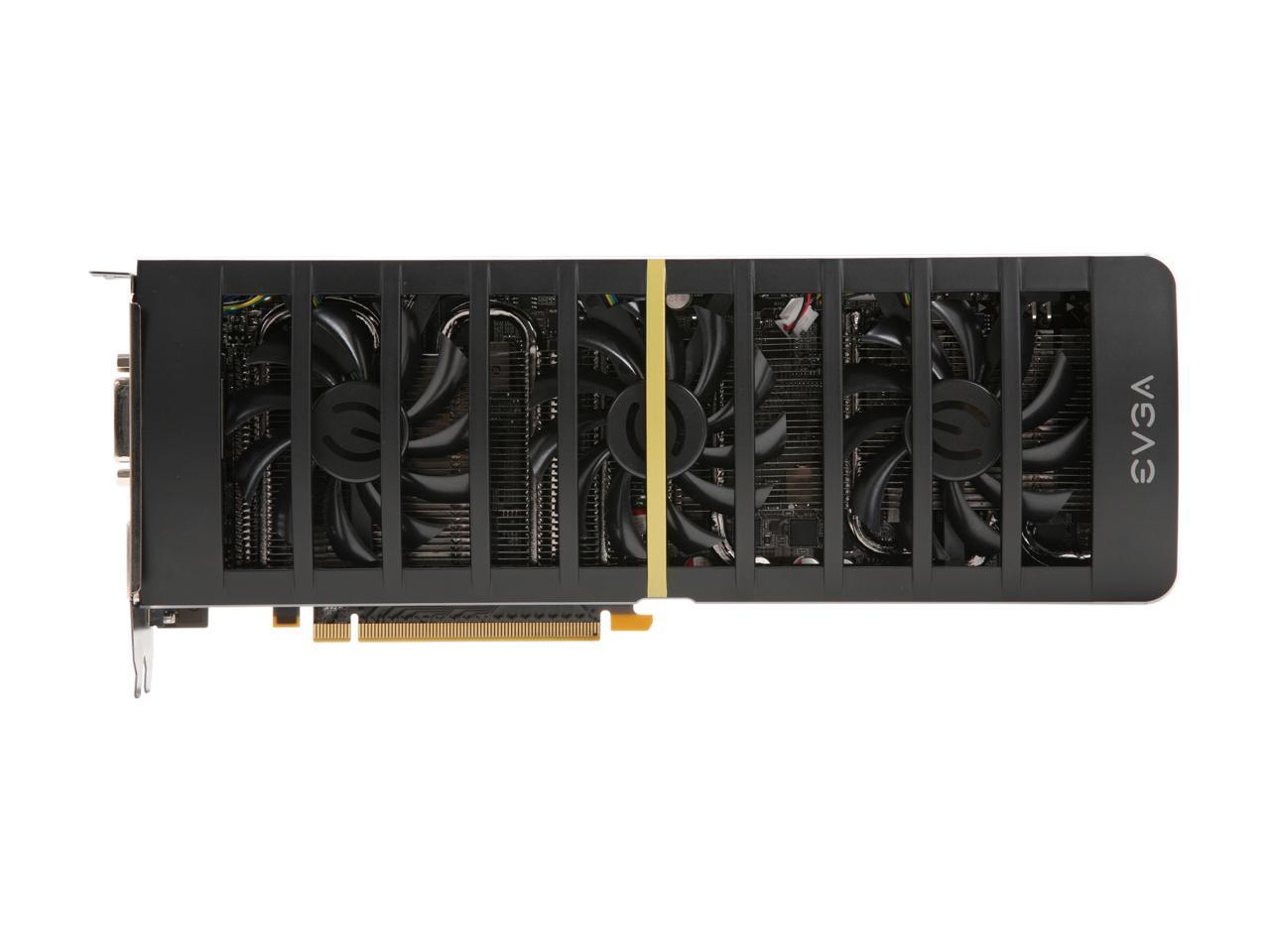 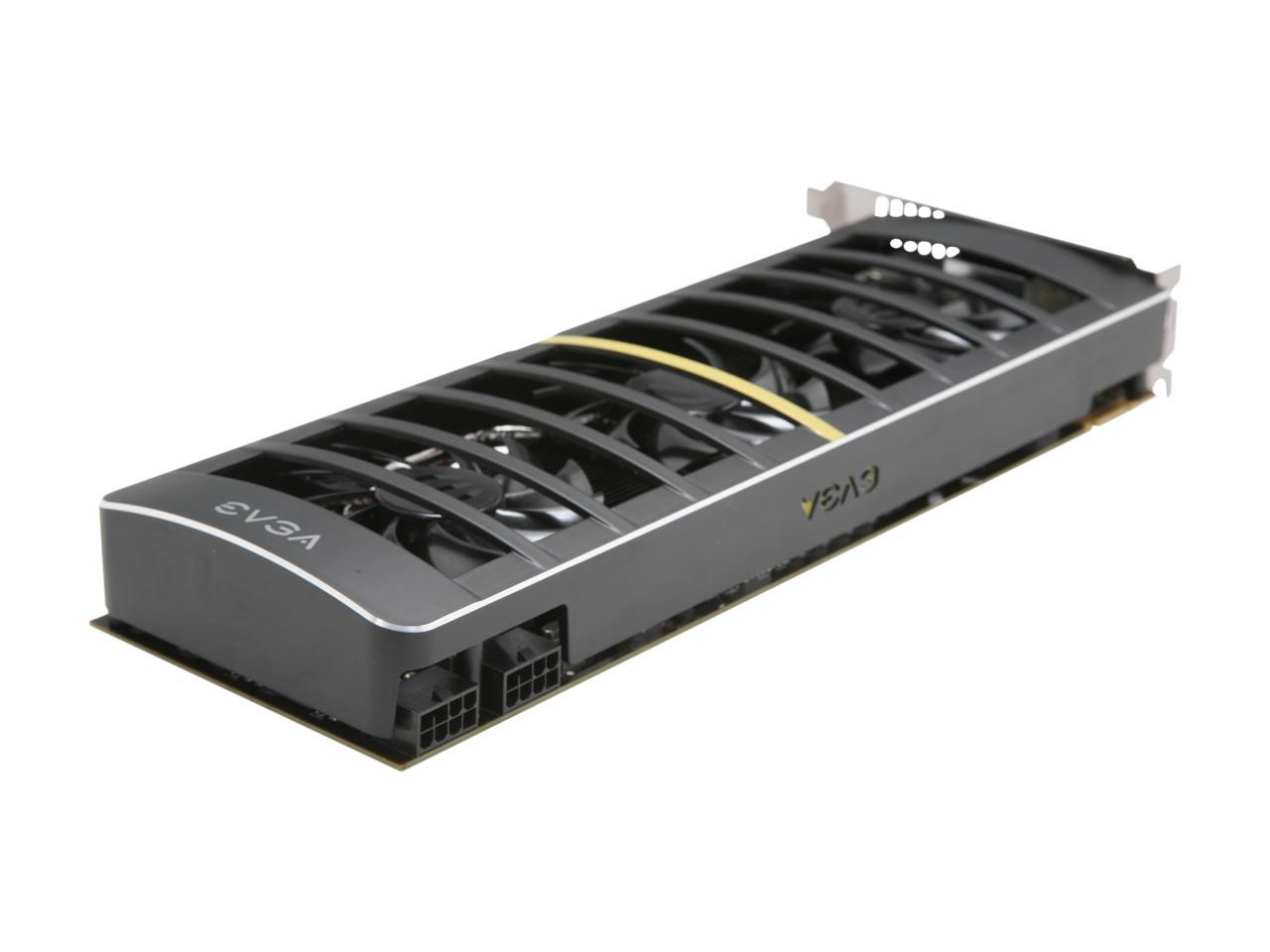 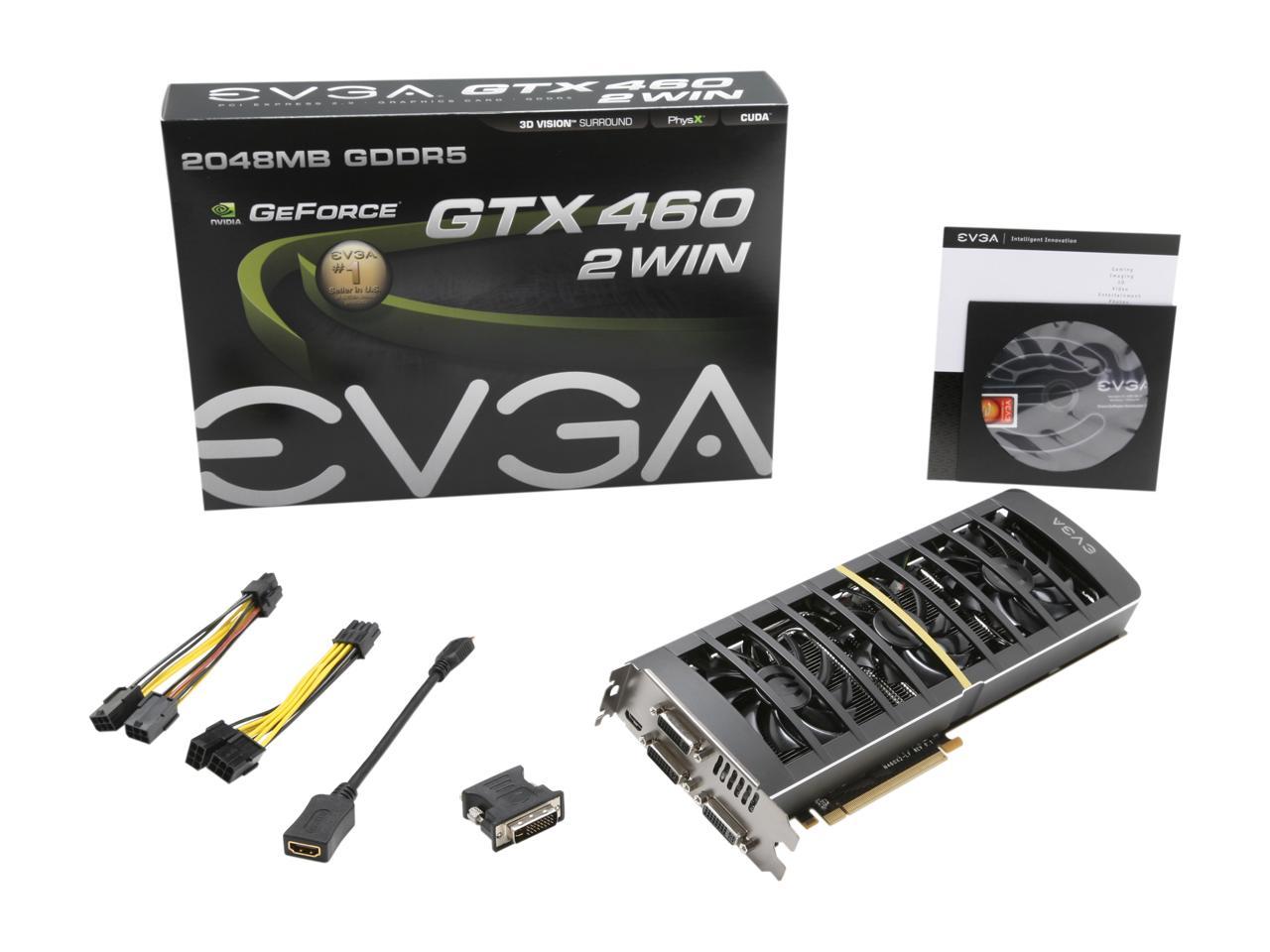 Pros: Great card easy to over clock with the EVGA's software. I have mine set at 804 Core 1608 Memory 1904 Memory Clock, I run the Fans at 65% and never have a hick up playing WAR Hammer Online in full with the draw distance set to far. With the fans set at 65 while non Gaming I get a temp of about 33 so normally I turn them down, but during gaming I get around 55 with the Fans at 65%.

Cons: Non works great has handled everything I have thrown at it in max settings.

Overall Review: Great Card for the Money! If you don't already have GTX 580 or better then I would say pick this up for sure!

Pros: - Great Performance - 80 fps in Skyrim at 1080p resolution with all settings maxed out, 150+ fps in tf2 at 1080p resolution with all settings maxes out, Diablo 3 at 1080p is smooth with all settings maxed out - Price to performance - I got this card for $170 as a shell shocker special. According to the benchmarks on multiple websites this card outperforms the GTX 580 on resolutions that are 1080p or below. The card is limited by its on board ram so for resolutions higher than 1080p this card is slower than the GTX 580. Basically for $170, all you can get is a 2 gig GTX 460 or a one gig GTX 560, and this card easily outperforms both of those cards. - One PCI-e slot - This card has two GPU's on it which essentially puts it on the same level as an SLI'd GTX 460 but only uses one PCI-e slot. However, the card is large enough to over whatever slot is below the PCI-e slot. -Directx 11 compatible -Open GL 4.1 compatible

Cons: - Huge - This is a huge card. I upgraded from a GTX 260 Core 216 and this card dwarfs that one. It weighs about three pounds and is just a monster in size. I have a full ATX case and I had to cut out a hard drive bay to fit the card in. - Power Consumption - This card eats a ton of power. On a full load it will consume 368 watts. Make sure to have a wattage psu (700+) with two eight pin connectors if you want to run this card. However, it uses less power than two SLI'd GTX 460's. - Can't be SLI'd. Per EVGA, the card was incorrectly manufactured with a spot for the sli bridge on the top of the card. This was a mistake. This card is not intended for SLI nor can it be run in SLI mode.

Overall Review: There seems to be a lot of misinformation about this card from reviewers who knowingly admit to not owning the card. I actually own this card and would recommend it for anyone looking to upgrade from the GTX 200 series.

Cons: Frustrating hardware issues; 80% of the time, it takes multiple restarts, up to 4 or 5, to get anything to display from "card A's" hmdi or DVI outputs (the driver software and windows read this as two physical cards, with two of the four outputs dedicated to each "card"/core). Using "card B's" outputs, video displays consistently (ie no restarts), but then it never reads "card A," so it only works as a single 460 with no SLI option or performance. Tried all different cables and outputs, and used anywhere from 1 to 3 physical displays, all powered prior to booting. Never could get more than 2 working at once.

Overall Review: Perhaps my issues are an isolated case, but its very frustrating, and would prefer to not reboot my system over and over. But, again, once its up and working in SLI, this thing runs solid. No freezes or heat issues, and not annoyingly loud, even with fans up. overclocks to 800 cores fine and stable, though i choose not to. This card replaces two 260gtx's w/ 216 cores in SLI.

3 out of 3 people found this review helpful. Did you?
Manufacturer Response:
Hello, I am sorry to hear of the issues you are experiencing with the card. Can you please contact me directly, Matth@evga.com so I can work with you on this directly. Regards, Matthew Hurwitz Assistant Product Manager
Erin S.
Ownership: 1 week to 1 month
Verified Owner
EVGA + Innovation = 2win7/21/2012 3:29:44 PM

Pros: Performance out of this is great. I replaced my EVGA 8800 GTX - yes, that old - with this one. It is huge, it is ~11.5 inches long. It's two 460 chips on one board, in SLI mode. The innovation here is great, as people with either 1 PCI-Ex slot or those who don't want their case packed with parts get to have SLI in a single card. When this is on sale, or on rebate, it's a great buy compared to some other cards.

Cons: Gonna keep it simple: 1. 11.5" inch long card, so be prepared, and not really a con as it's 2 in 1! 2. 2GB RAM and 512bit is a little misleading, do some research, but the performance is still there so who cares what the marketing department does. 3. Requires 2x 8 pin connectors, and 700W power supply is recommended, meaning upgrade can be necessary to run this guy.

Overall Review: Anticons: 1. Whomever is buying high-end cards already has a case that can fit 13" cards, so if you complain about this 11.5 inch card not fitting it's your own fault for not having a sweet case. 2. Performance > rated specs. 1GB RAM per chip in SLI, is not "2GB" but... do you care. Get this card for less $$ and get screaming FPS on low settings, like a gamer should. 3. Comes with two 2x6pin->8pin adapters - meaning you NEED either 4x 6 pin (as I had, thankfully), or 2x 6+2pin, or 2x8pin power connectors! 4. Comes with VGA->DVI adapter and mini-HDMI->HDMI cable adapter.

Pros: Great card! Got it for $160 w/ rebate and it is an unbelievable deal. SLI performance is fantastic. This isn't going to beat a 680 or equivalent, but the price/performance factor made this a non-issue.

Cons: It's huge. Make sure to have a large case. Somewhat loud if running hard for a long time. But the noise isn't high pitched or annoying, you can just hear the air moving.

Overall Review: Make sure your MOBO actually supports SLI. If you want to enable the SLI function and your MOBO doesn't support that feature both cards will not work together (even though they are physically on one card). This is not EVGA/SLI problem, just a common problem people with older motherboards may experience.

Pros: Well first off I must say that I was fortunate to catch this beast on a shell shocker for a ridiculously low price with a relatively big rebate too. NewEgg is awesome. I was previously running 2x evga 1GB 550Ti FPB cards in SLI and this single card replaced them. I just sold both 550's for more than what I paid for this card so it was a no brainer for me. I'm getting better performance in BF3 - I can finally run 5760x1080 (Nvidia Surround) on High settings thanks to the 2GB of memory and faster processing - vs with the 550's I could only run 3840x720 Medium settings. Video encoding and decoding performance is the exact same, my CPU is the bottleneck there so I didn't see a difference. Did not need to reinstall Precision X, it was detected and working perfectly on first boot. Reinstalled Nvidia drivers with clean option selected, no issues. Same rating in Win7 Performance score from the 550's - 7.4 on both. System does not crash when graphics reaches high temperatues (55C +).

Cons: When I shut down my system for a few hours and powered back on, the 3rd DVI port was inoperable. Very strange. After 30 minutes of troubleshooting I figured out a work around to fixing it by shutting down and then flipping the PSU switch to off for a few minutes then turning system back on - worked just fine. I almost never shut down my system anyways, so I'm not that concerned.

Overall Review: The fans sound really cool - 3 in sync. They don't have as a high of a pitch whine like the 550's did. It hoesntly sounds like a server co-location when the fans spin up. Case temperature dropped a couple degrees on average which is surpising, but I suppose 2 cards generate more heat than even this one big one. Overall I'm satisfied, mainly because of the price paid for this performance.

Pros: -Fantastic output. With SLI enabled I got Ultra high/Extreme on Mass effect/Fallout 3/Starcraft 2/Arma2(Well, DayZ) with 60 fps(v-sync enabled) without getting too hot/eating the case. Though to be fair, I do have 6 case fans -Good price to power ratio, for what I spent(170 on shell shocker) I could get a gtx 560, and that pales in comparison to this

Cons: Well, it was defective. Had problems getting output on the first boot that I through process of elimination and having a second card to test, figured out was this card. Currently RMA'ing with EVGA, as I had sent in the rebate already and thus didn't have the upc. We'll see how EVGA RMA turns out -It's long. very very long. Which means mid towers up are the only way you're going to use this -PCB sagging. I'm sure it's due to my inexperience, but I didn't realize how much a card this long would sag. I'm not sure if it will actually damage the card, but it's disconcerting. I used a series of wood and duct tape to secure it against a 3.5" mount, but be warned that this will sag.

Pros: Very quiet card and tons of performance! Easy to manipulate and overclock with out any problems.

Cons: drivers that come with it for Windows 7 do not work

7 out of 8 people found this review helpful. Did you?