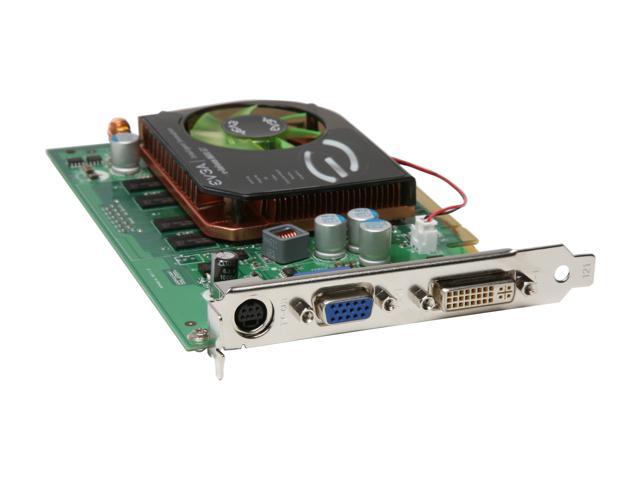 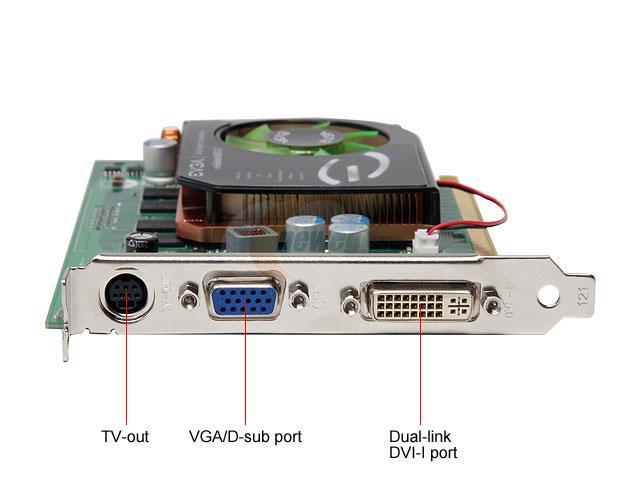 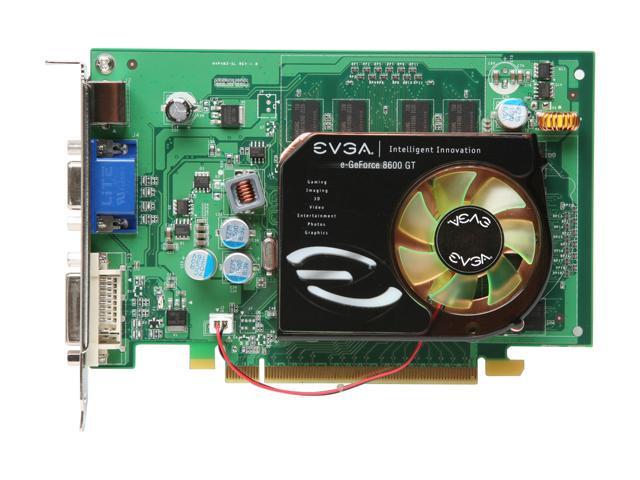 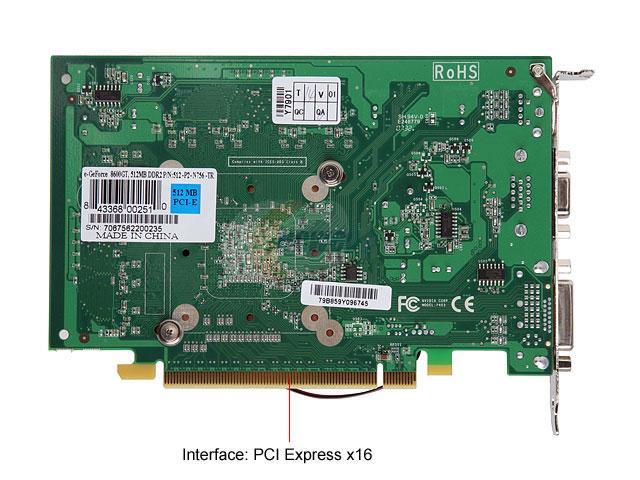 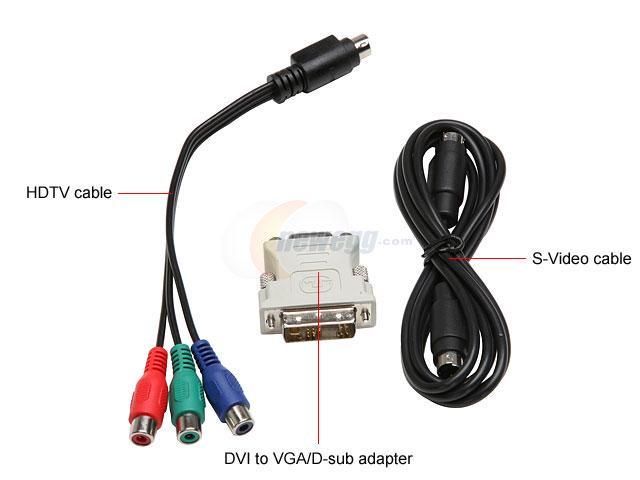 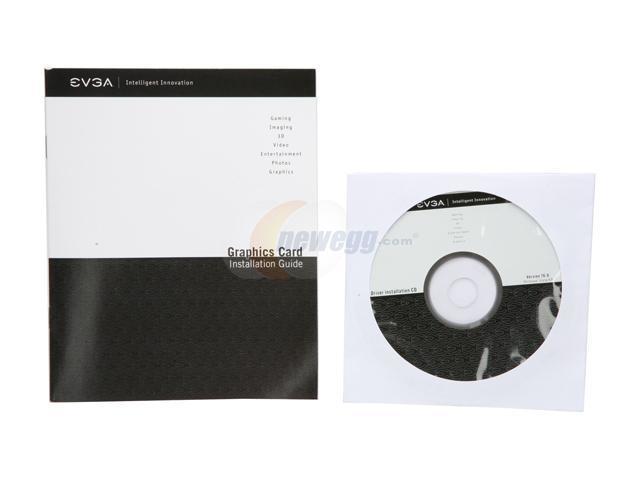 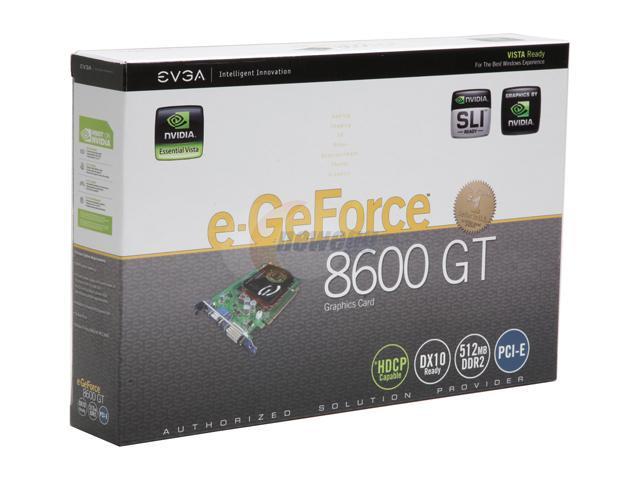 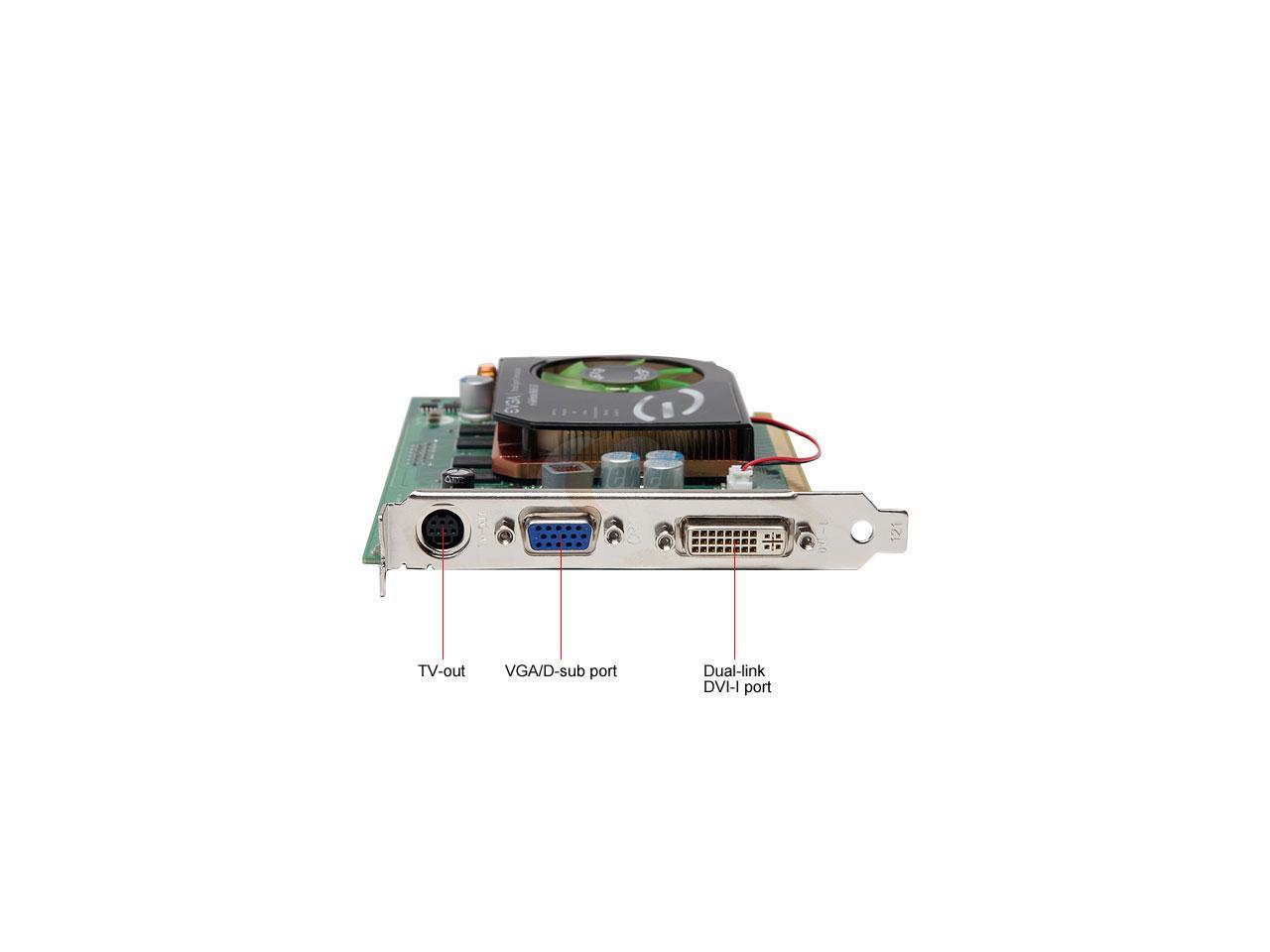 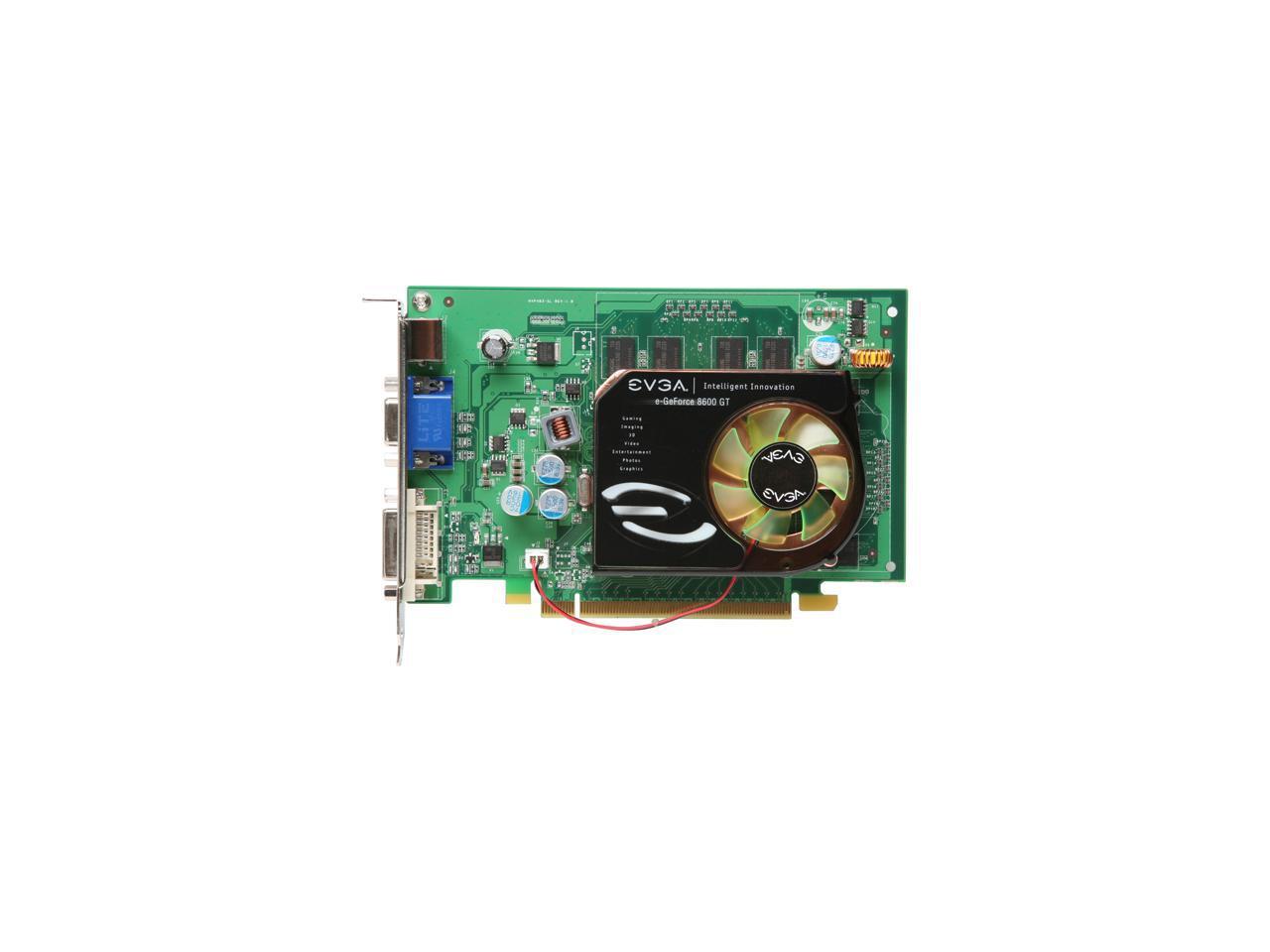 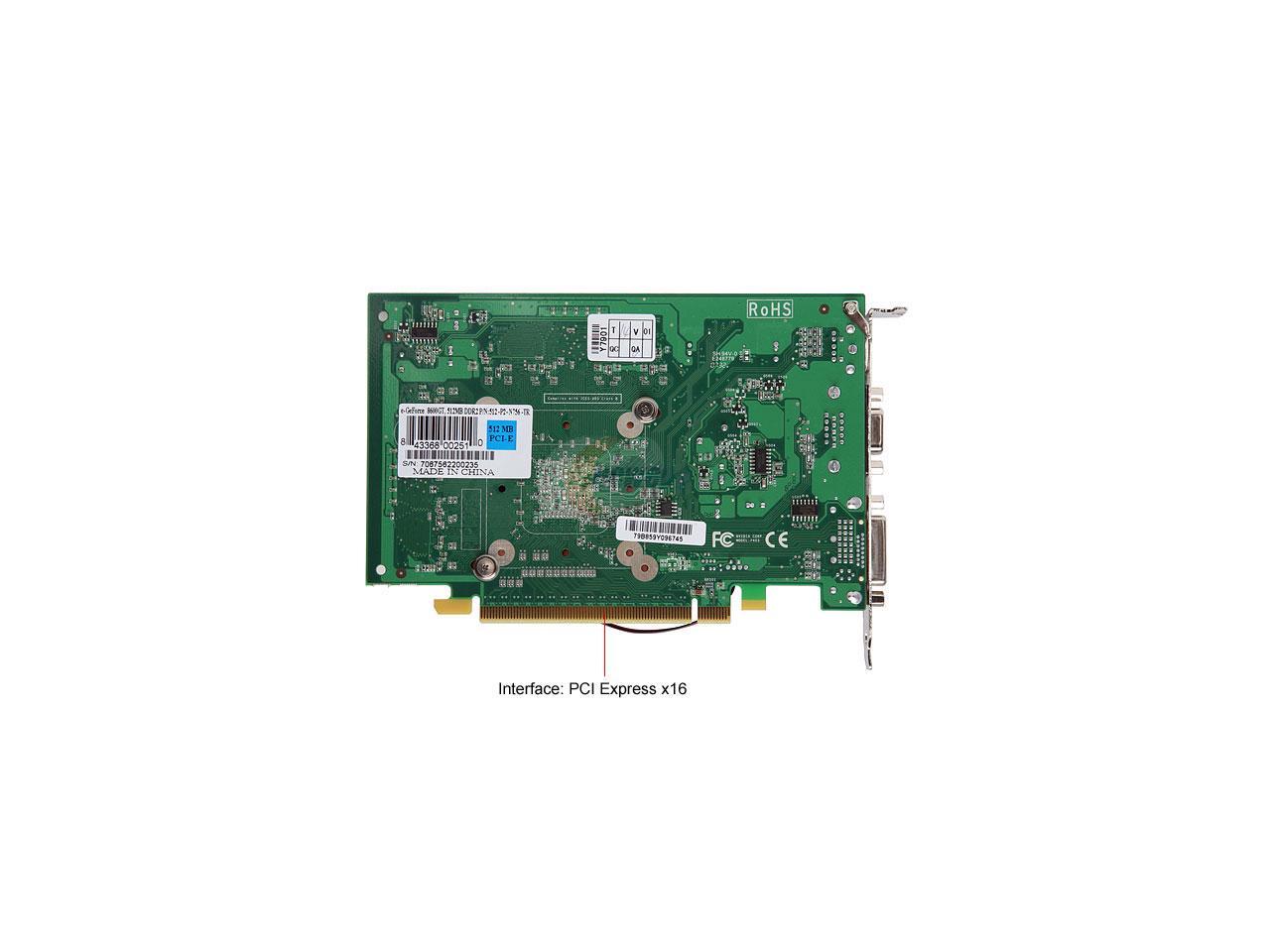 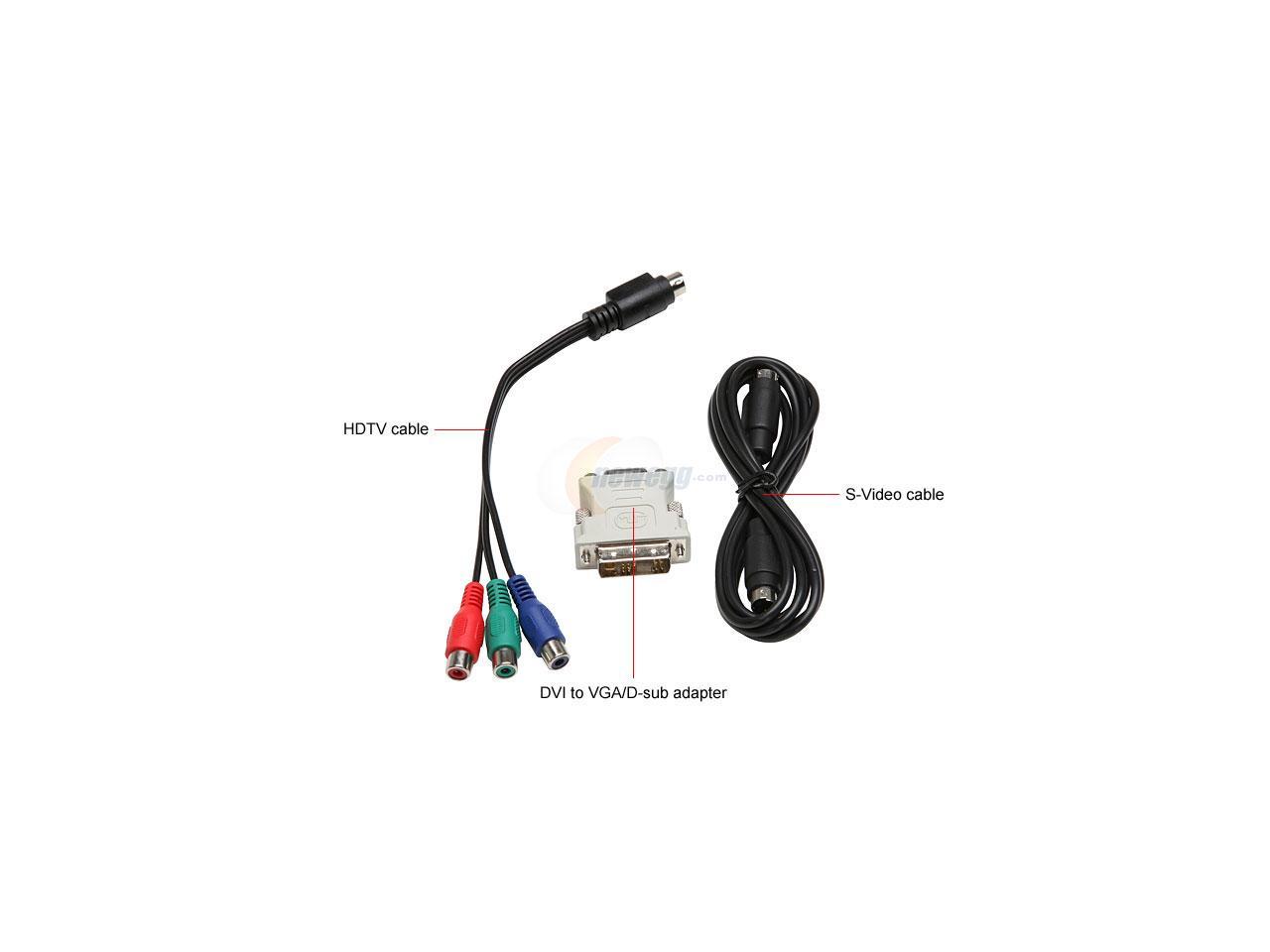 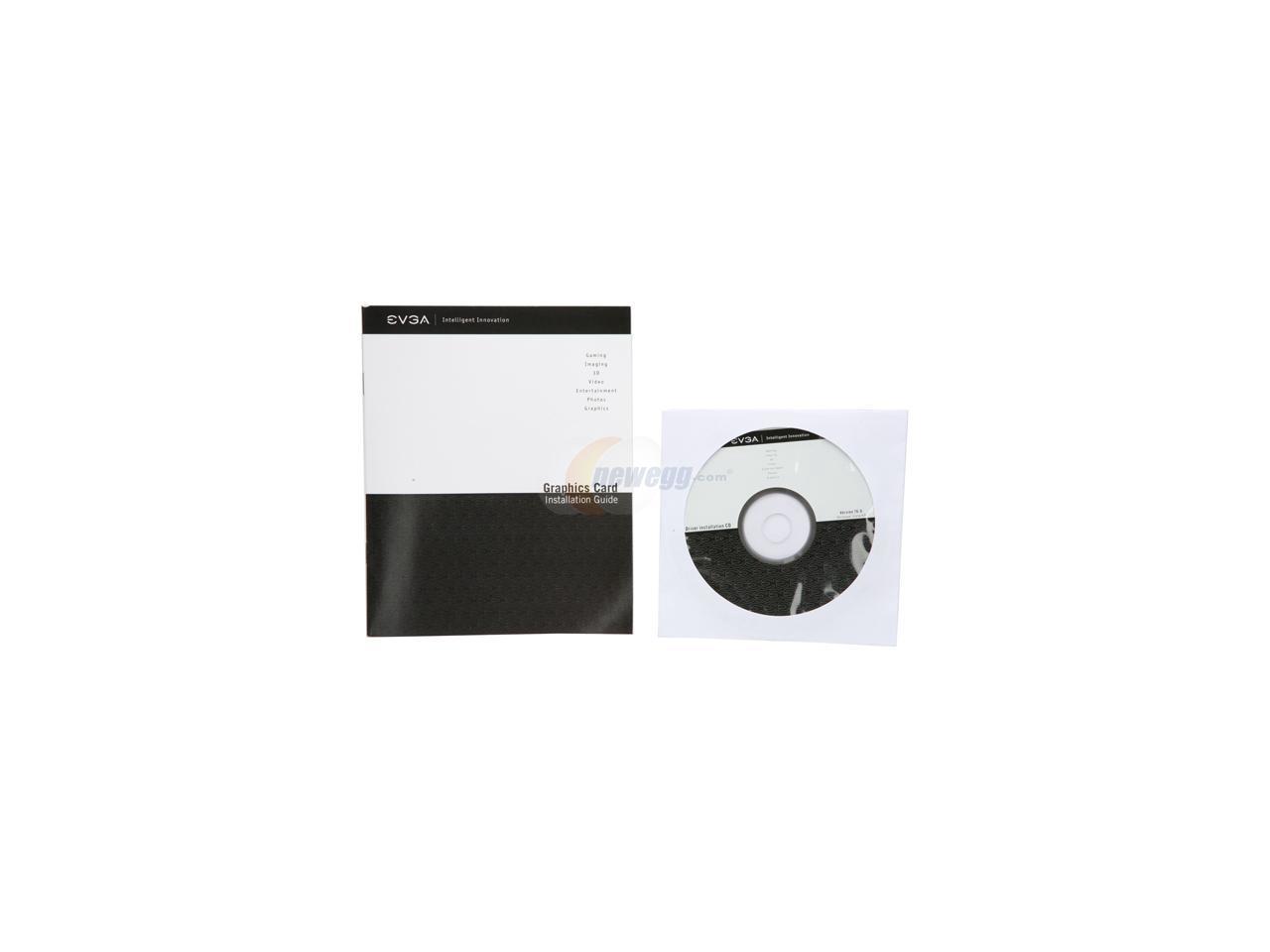 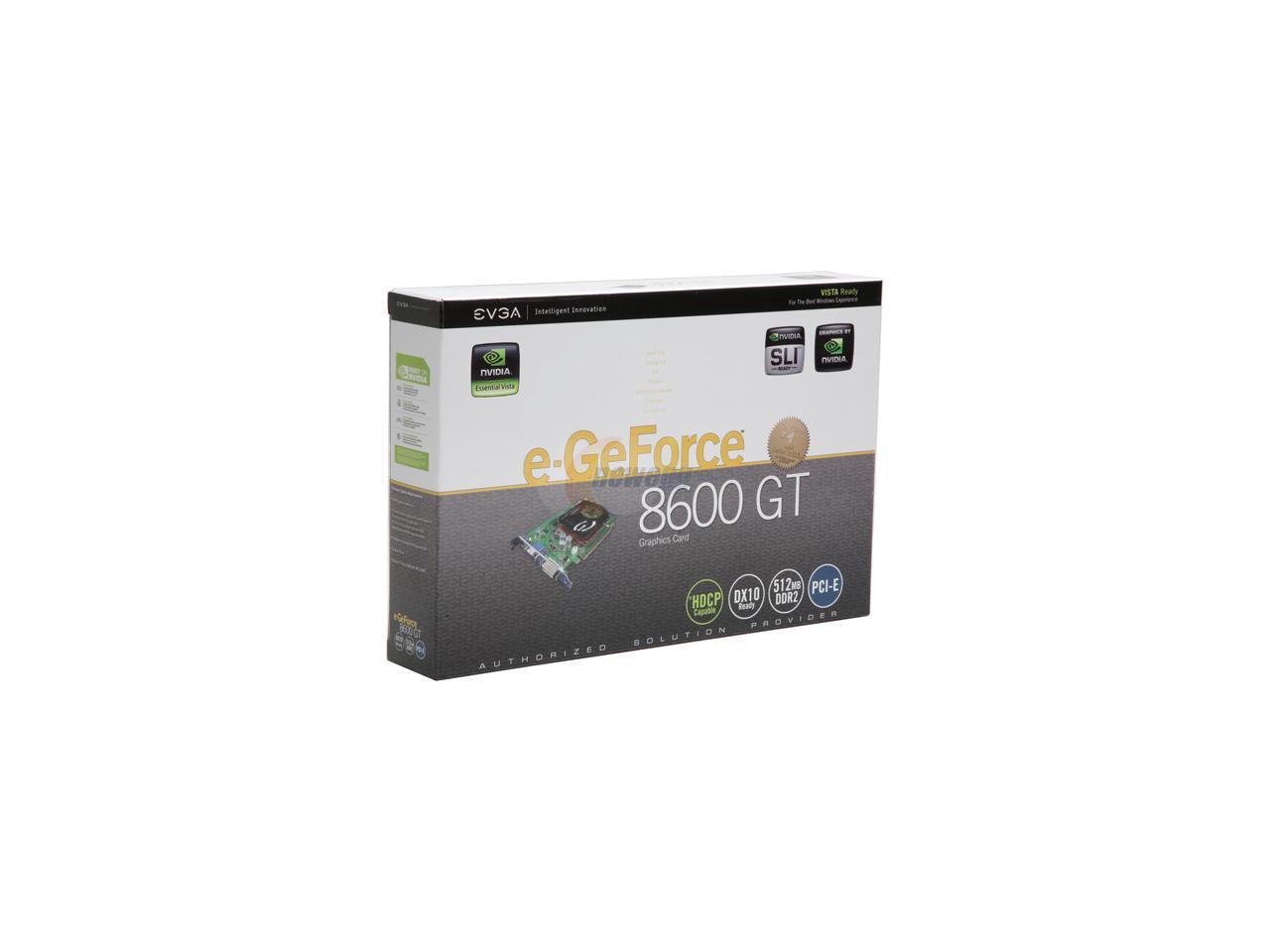 (57) Write a Review
See more "evga geforce"
In stock.
Ships from United States.
Most customers receive within 3-9 days.
Overview
Specs
Reviews
The GeForce 8 series offers a complete family of graphic cards ready to meet the unique needs of their users. The series features a unified DirectX 10 Shader Model 4.0 & Open GL 2.0 architecture to produce stunning 3-dimensional graphics and lifelike texture rendering. With 10-bit per channel output, the 8 series produces higher fidelity color and separation. The cards support SLI for multi-card rendering and NVIDIA's PureVideo HD.
The 8600GT brings affordable faster video processing with higher resolution rendering – especially in heavy shading. It processes video with 32 stream processors fed by 512MB of 128-bit double-pumping GDDR2 SDRAM running at 800MHz to deliver 2560 x 1600 resolution. The core clock runs at 540Mhz and the 400MHz RAMDAC lets you use two monitors for increased workflow or wide-screen gaming.
Video can be streamed via the S-Video, Composite, or HDTV outputs. An onboard fan aids both board cooling and case airflow so you're ready to go right out of the box. Choose the NVIDIA GeForce 8600GT card to bring best-in-class graphic performance and flexible video output at a middle-of-the-road price.

Pros: The GeForce 8600 GT is one of the most common cards around. I believe it's the most powerful card you can get without having to plug in additional power from the power supply. This makes the install easy for beginners. I'm comming from a very underpowered computer that originally used an onboard chipset (the GeForce 6150 to be exact). This card gave me a quick yet substantive boost to my computer's gaming power. The card requires a 300 watt power supply to be installed on your computer, so it's not very demanding at all. My computer came with a 300 watt power supply so I had exactly enough power to run this card. This was one of the major reasons I purchased it. Overall, I'm pleased with this card.

Cons: The major con in regards to this card is it's lack of heavy duty power. While this card provides a great upgrade for people currently using an onboard chipset, there is definitley still room for improvement. I just recently upgraded my power supply to be able to handle a larger video card, so when I decide to upgrade the video card sometime next year, it will be an easy transition. I'm a little unsure as to which is better though, the 256mb GDDR3 memory or this one, which has more memory opperating at a GDDR2. You'll have to do some research first to determine which is right for you.

Overall Review: Just to give you an idea of what this card did for me, here is some real life points of interest. Crysis, Bioshock and Call of Duty 4 were not playable at all. The Half Life 2 games could be played with Direct X turned down to version 8.1. Now I can play Bioshock and CoD4 at medium to high settings. Crysis can be played comfortably at medium. The Source engin games can now be played at the maximum settings with no problem.

Cons: Only comes with DVI to VGA adapter. I wish it would come with DVI to HDMI adapter, but for the price and performance I don't mind spending the extra $5.

Pros: Very nice card for the price. Runs cs1.6 with a pretty much constant 100fps

Cons: The textures are a little glitchy even after dl'in the drivers and setting it up properly, if i were you id spend the extra 10-20 bucks to get a card a bit better. Its also not a 2.0 pcie and its ddr2 which i believe to be the reason why its a bit choppy ingame.

Overall Review: Not a card for serious gamers

Pros: Good card for the money. I can play CoD4 on medium/low with good frames. Crysis plays well with a few settings on medium (at a lower resolution though).

Pros: The Card is Cheap, it runs well enough to play most games on high without wide screen, or Medium with wide screen. Crysis seems to require medium settings after patching. Unreal 3 runs at 3-4 depending on other settings. Overall the card is ideal for someone who wants DX10 but not the best of the best settings.

Cons: Overall I was getting performance comparable to my old 7600GS by Chaintech. The GDDR3 version may be a better choice. However I may have received a bad card and am looking into this now, if you think you would run SLI with this card I would recommend running one 8800GT instead. I bought a used 256MB 8800GT to replace this card and it seems to run five times better for about the same price as getting two of these cards.

Overall Review: I am running on a striker, with a quad core, and four GB of memory. I obviously built my computer for performance and I have my views. The card I received may have been damaged, which may explain the performance issues I have had. EVGA has a 90 day Step up program, I missed the deadline, but it is there to try the card with.

Overall Review: I bought this card to replace the Geforce 7300Le that came w/ my XPS system. HUGE Diffrence. Can play Hellgate DX9 w/ most of the settings on high @ 1650. Whatever effects the more expensive cards give is not worth that much extra money to me. This was my first Newegg purchase and will definately use them again!

Cons: None, Does exactly what we need it too do, and works awsome