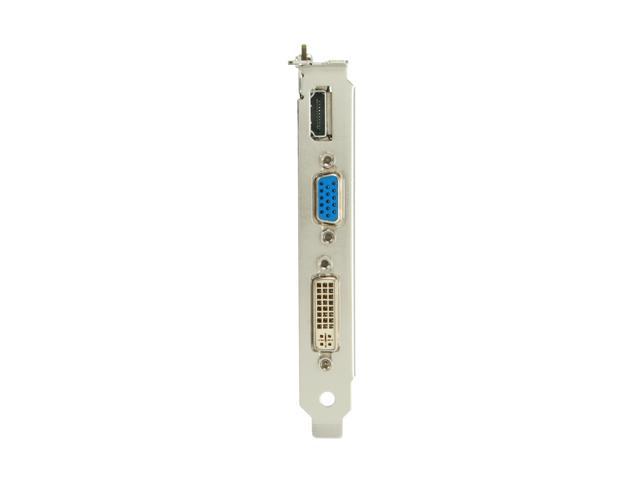 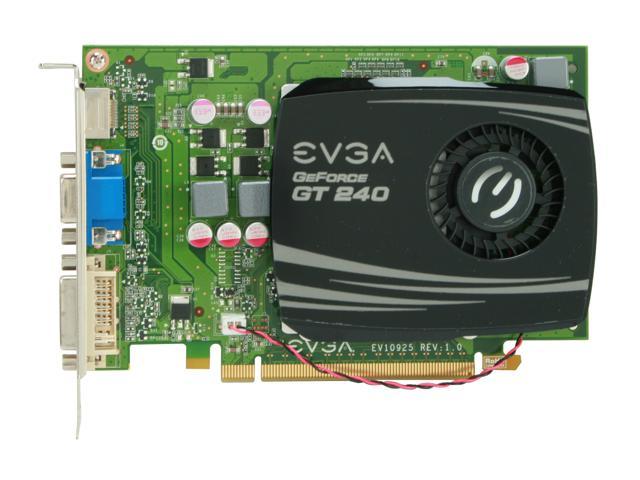 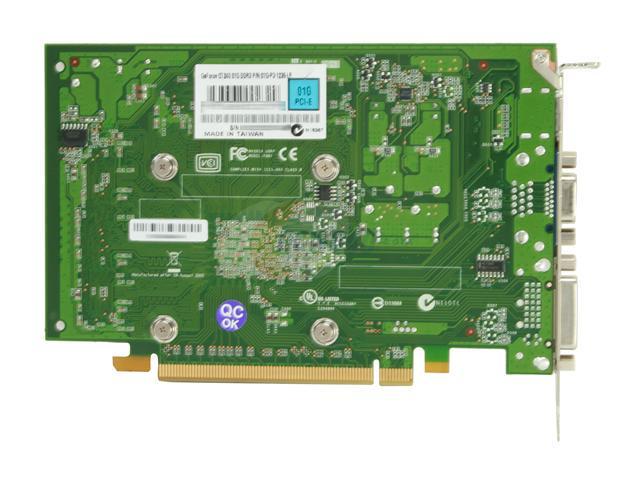 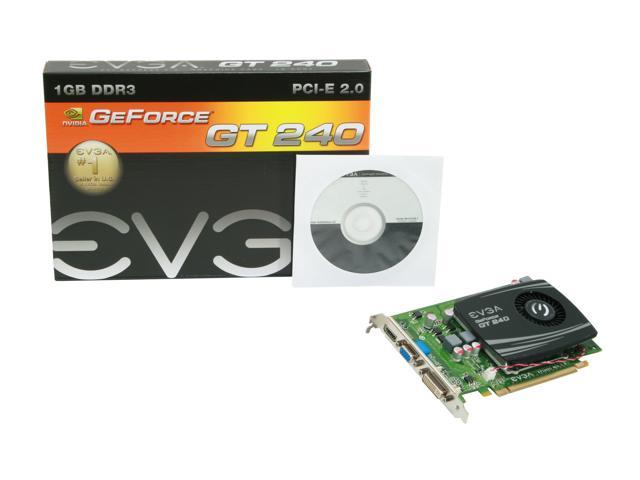 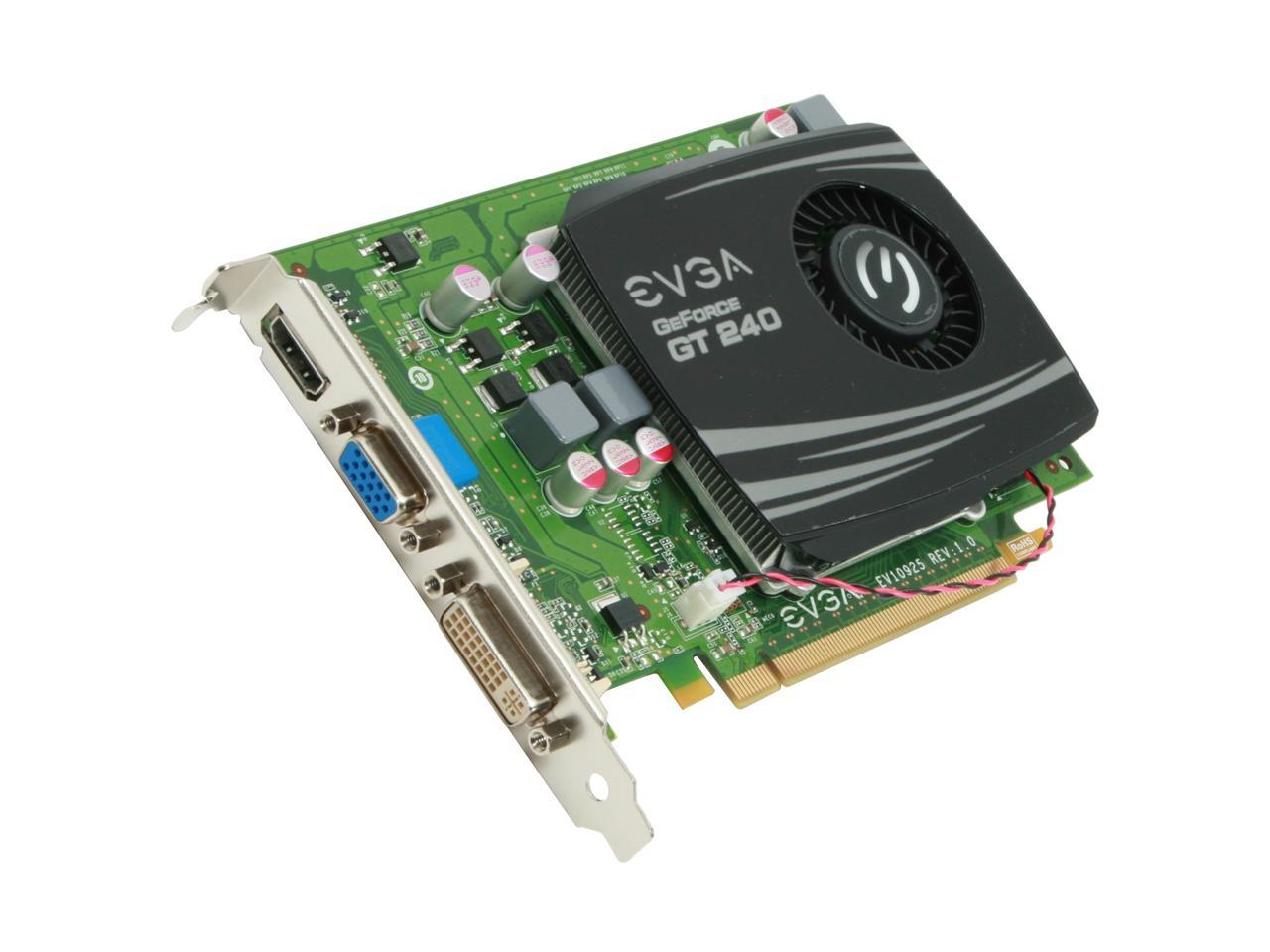 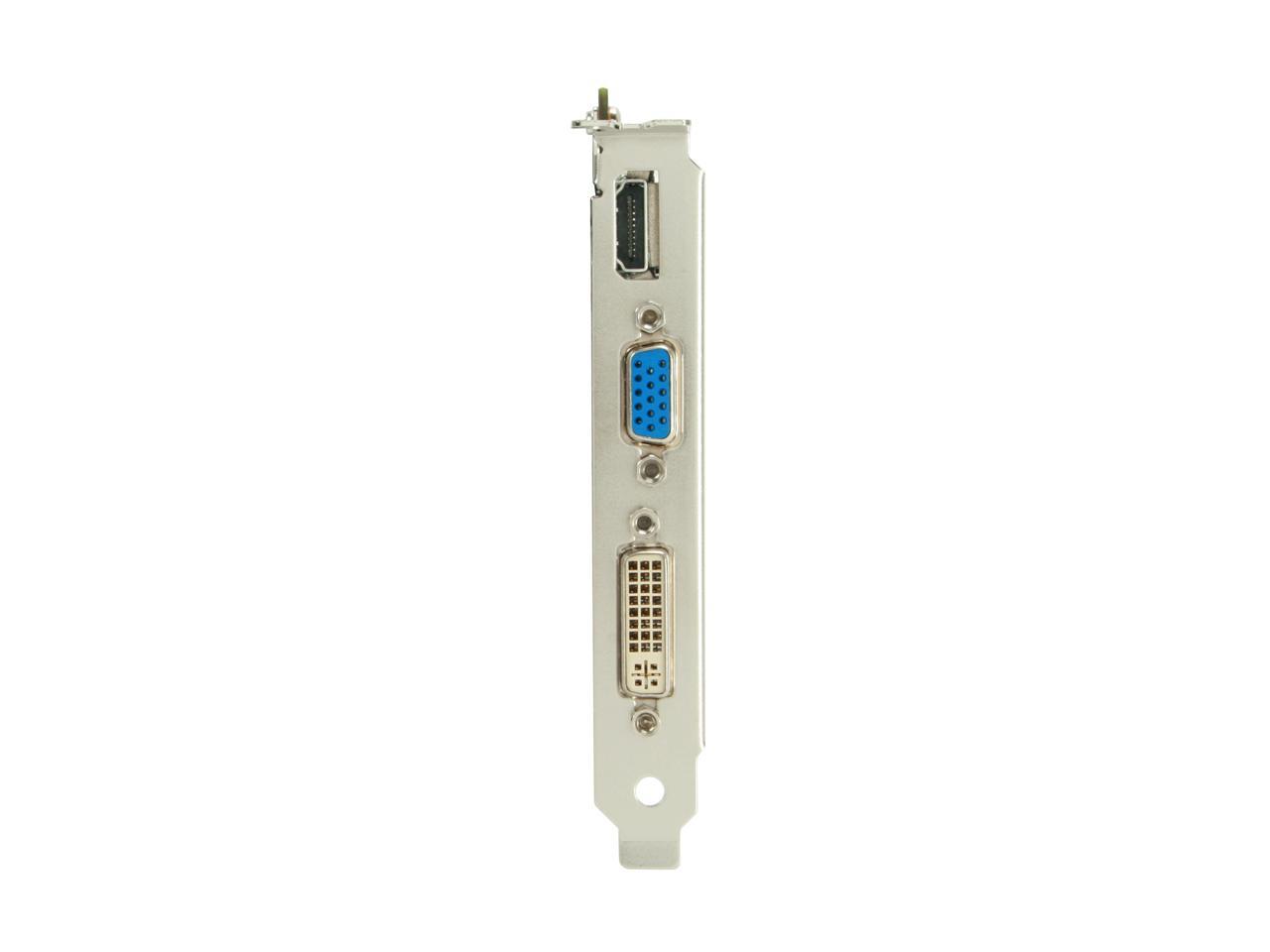 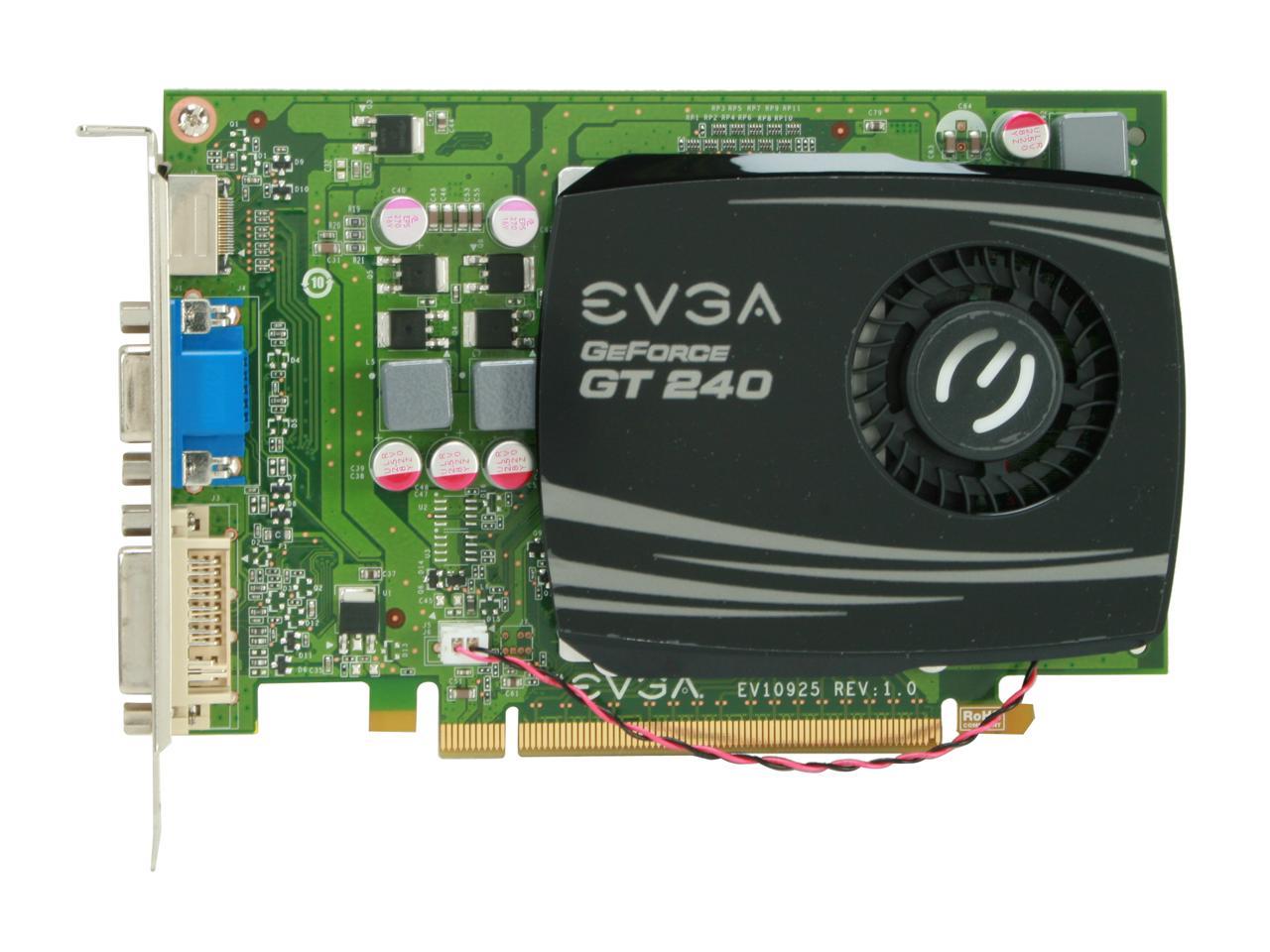 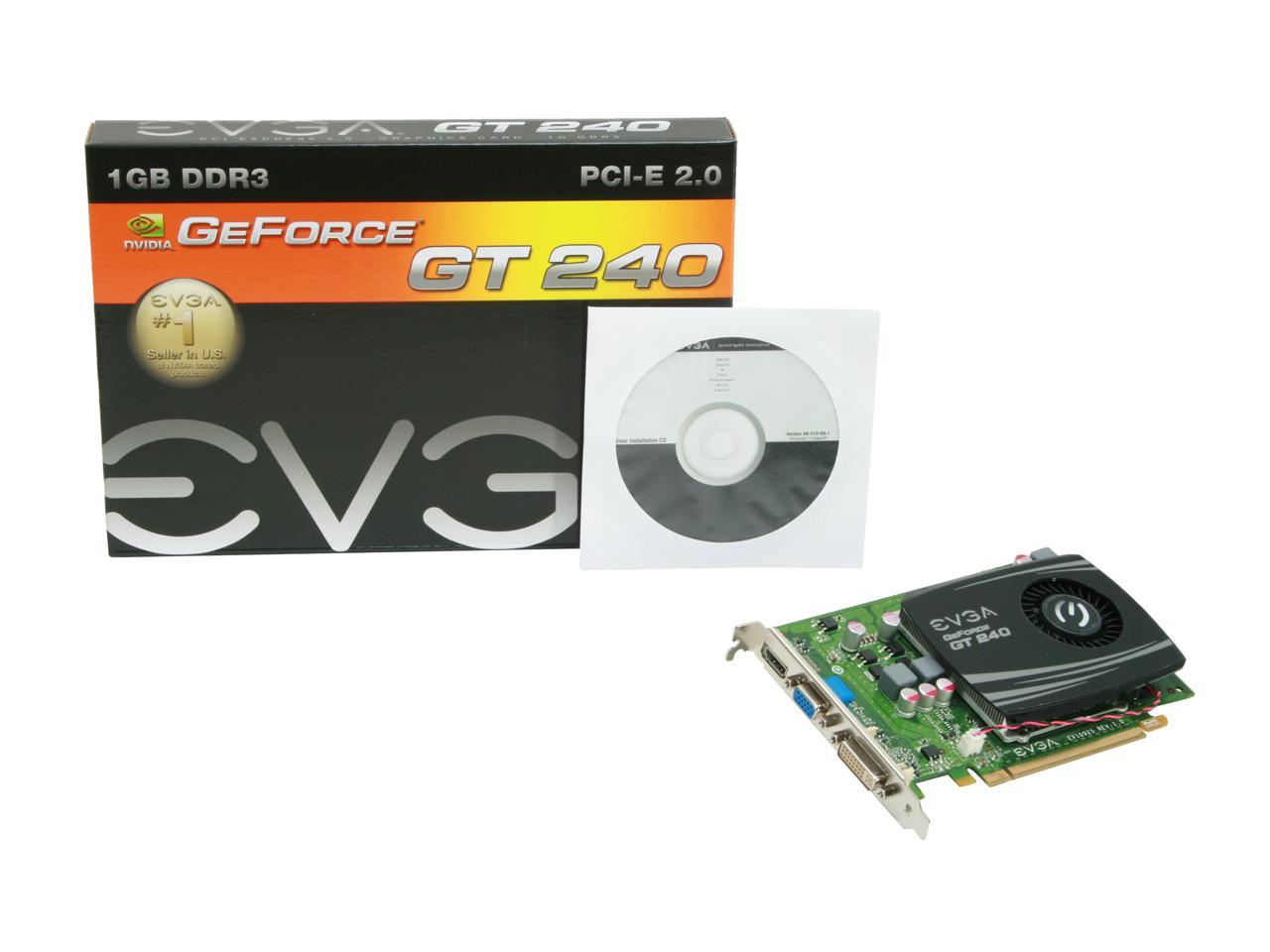 Pros: Decent performance when it worked.

Cons: The card constantly had problem and EVGA customer support was of next to no help.

Overall Review: The card did not work properly out of the box. By that I mean specifically it would produces dots and lines on your screen when I was simply watching videos. The card would then at that point crash my PC and it would reboot. I told EVGA support about the problem but they never responded to me directly or in their forums. Several others complained about the problem in their forums, they would neither acknowledge or fix the problem. About a month after buying the card the fan just stopped spinning. I RMAd the card, it was slow, took about three weeks to get my card back or rather the replacement card of the same model. Close to when the warranty ended they fan on the new card also stopped working. The crashing from watching videos was still never fixed almost two years after I'd bought it. It's a nightmare to never know when your PC is going to crash because of your graphics card. This time when I returned the card for a replacement I asked if I could please have a different card since that model was giving me so many problems. They said no, that's not their policy. They basically told me to get lost since they already had my money. Their support did not care about all the problems and extra money I had to spend shipping the cards back to them. On top of all that, one of their forum moderates insulted and flamed me when I made a thread asking for advice on alternatives to EVGA cards. Stay away from EVGA, their customer service is terrible and this card is not reliable, it's a headache waiting to happen to you. Stay away from both, you've been warned. They're going downhill fast, they were good when I bought my first card but they no longer care for their customers, only their company policies and profits. You've been warned, stay away from them!

Manufacturer Response:
Hello, I apologize that you had a problem with your product. I can confirm that we have been and are working with you regarding an RMA on this product and we have changed the card to a model with a different fan as that was one of your concerns. We are here to assist you and if you have any issues, we are happy to help. Your replacement will have a 30 day warranty window on it as your previous cards warranty has since expired. Thank you, Brandon B
Robert C.
Ownership: more than 1 year
Verified Owner
Bad card and possible quality control issues?2/9/2014 9:25:15 PM

Cons: I have already sent this card in for RMA twice and the second card is now dying. The card is blue screening and artifacting the computer. Fan is extremely loud when the computer is booting.

Overall Review: I currently own other eVGA products and they are typically ok but this card is a dud.

Manufacturer Response:
Dear Robert C, We can confirm that the issues described are abnormal and we are here to to support you if further troubleshooting or warranty is needed to assist. Please contact our 24 hour technical support at 1-888-881-3842 option 1 or by email at newegg@evga.com. Sincerely, EVGA Customer Support
darrin r.
Ownership: 1 month to 1 year
Verified Owner
8/3/2010 7:57:18 AM

Pros: This is a very good video card for the money, but now it is also in DDR5 and it is about the same price as the DDR3 was when I ordered it. This card will run games like HAWX on high setings but it runs at 80 to 95 percent output and the temp. stays at 70c to 85c to do so. It may not be to hot for some people but thats to hot for me. Rise Of Flight(Iorn Cross) set at about med on everything with only 2x anti ali. runs at 90 to 99 percent and the temp. runs at 80c to 90c. For me this is just to hot. It will play most older games like Ship Sim 2008 and Wings Over Europe easy and not get that hot. It runs games like this at around 40 to 50 percent output and 50c to 60c on the temp.

Cons: None, you just get what you pay for. This is not a $200 video card and it can not run like one.

Cons: Doesn't have ddr5 memory or dx11. There is a ddr5 model of this card, go with it.

Overall Review: Bought this to go into an AMD system. No matter what I did the card would freeze the entire computer when accessing flash applications. Tried updating all drivers, flashing bios, etc. Nothing worked. I believe it was conflicting with the ATI chipset in my motherboard, but even when I disabled it I had the same problem. Nothing at all would fix it. I returned it to get about a equivalent ATI card. If you are running a computer with an ATI chipset, I wouldn't take the chance of getting this.

Pros: Amazing card to say the least. Installation was so so easy. Gameing performane is amazing. Ususlly is pretty quiet. Runs on a 300w psu so people with "budget" rigs can use it. The low profile is a plus. Never messedup once. Will run Crysis at "Very High" with a playable 40-50 fps..

Cons: Fan can get a bit loud if you play games for five hours without stopping.

Overall Review: You will be able to run pretty much every game on the market right now. Keep in mind however that you may not be able to max out the resolution. This card is deffinatly worth the money!

Pros: Perfect for long Desktop use, Windows 7 Aero and Flash 10. I can play all my older games flawlessly with this card but those are games from 2005 and back. It can run Fallout 3 with no problems but keep it at 1280 x 800 as the resolution. It can handle PhysX, faster then my old 8800GT card which I use to own but that is it. Good for its price but I think a 9800GT or 8800GT can perform better with games with a lot of shaders.

Cons: It starts a loud hissing noise with its fan after a while that can go over my AC unit when playing games that deal with a lot of particles or bloom effects. This card is not good for extensive gaming at all. .

Overall Review: Its about the same as a 9600GT in performance. Not good for long term gaming if you can stand the fan.

Pros: upgraded my graphic performance in my old desktop, my aero rating for grapics went from 4.3 to 6.6 so I would say it was a heck of a deal, got the rebate which hellps explain to my wife why it only costed me 45.00 net

Pros: Great price and easy installation. I was looking for a card for my 3years old Inspiron 530 q6600. I hope to use it as HTPC and maybe occasional gaming. I didn't want to upgrade PSU, didn't expect to play latest games on this old computer and wanted to spend less than 60 bucks, so I tried to decide between GT240, Radeon 4670 and 4650. The sapphire 4670 got excellent reviews on newegg, but the price was a little bit high. Finally I got this one for $45 after rebate. I saw somebody had compatability problem with this card on Dell and was concerned about that. However, it installed so easily and no trouble at all. I got audio to my HDTV through hdmi and everything looks great. The card stays cool without much loading, but not quite sure what would happen with heavy-load gaming. Very satisfied so far.

Overall Review: I hate rebate, but this is the way to get cheap stuff. I heard PNY is pretty good with rebate. Wish they would be nice with me. :P