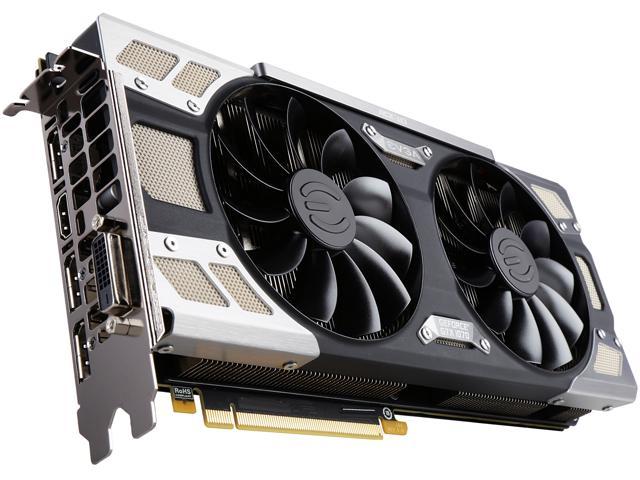 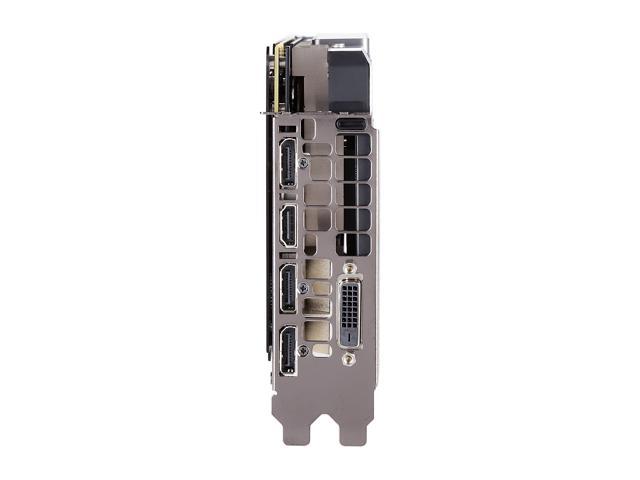 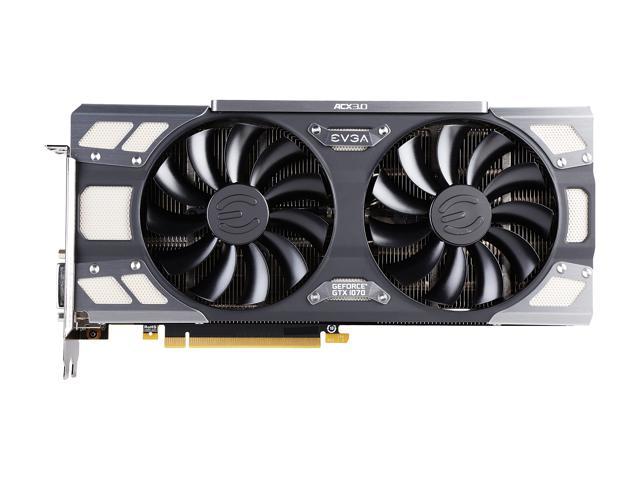 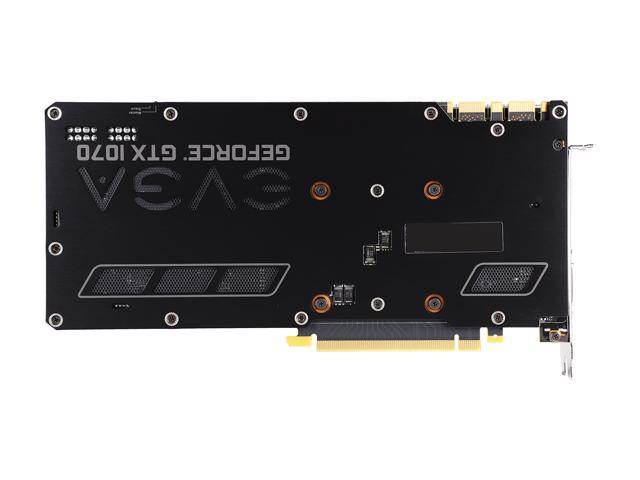 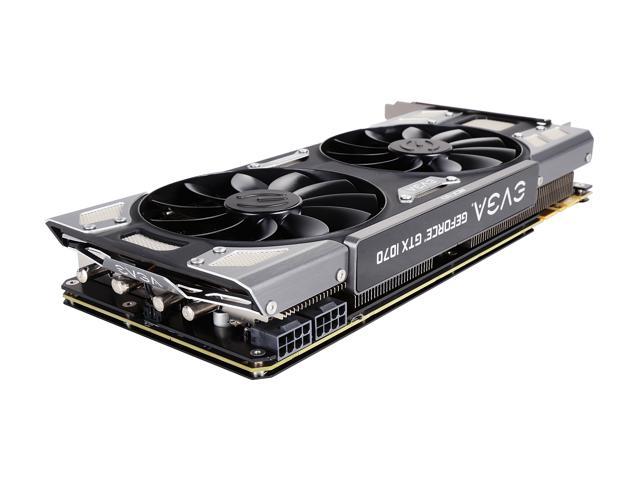 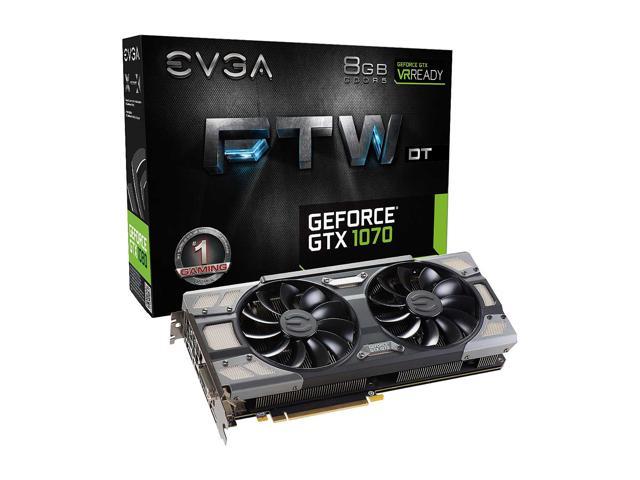 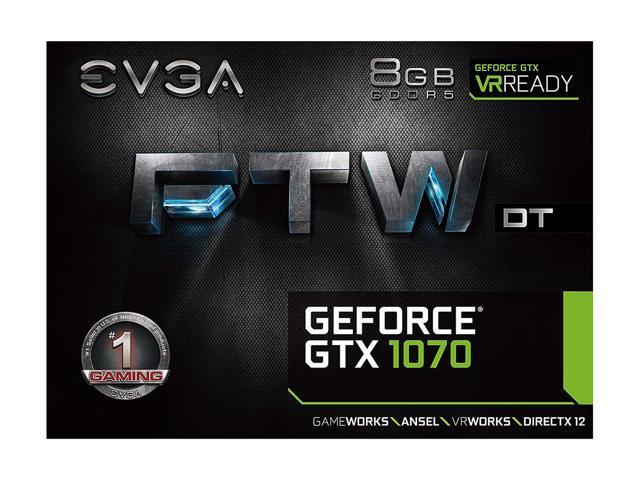 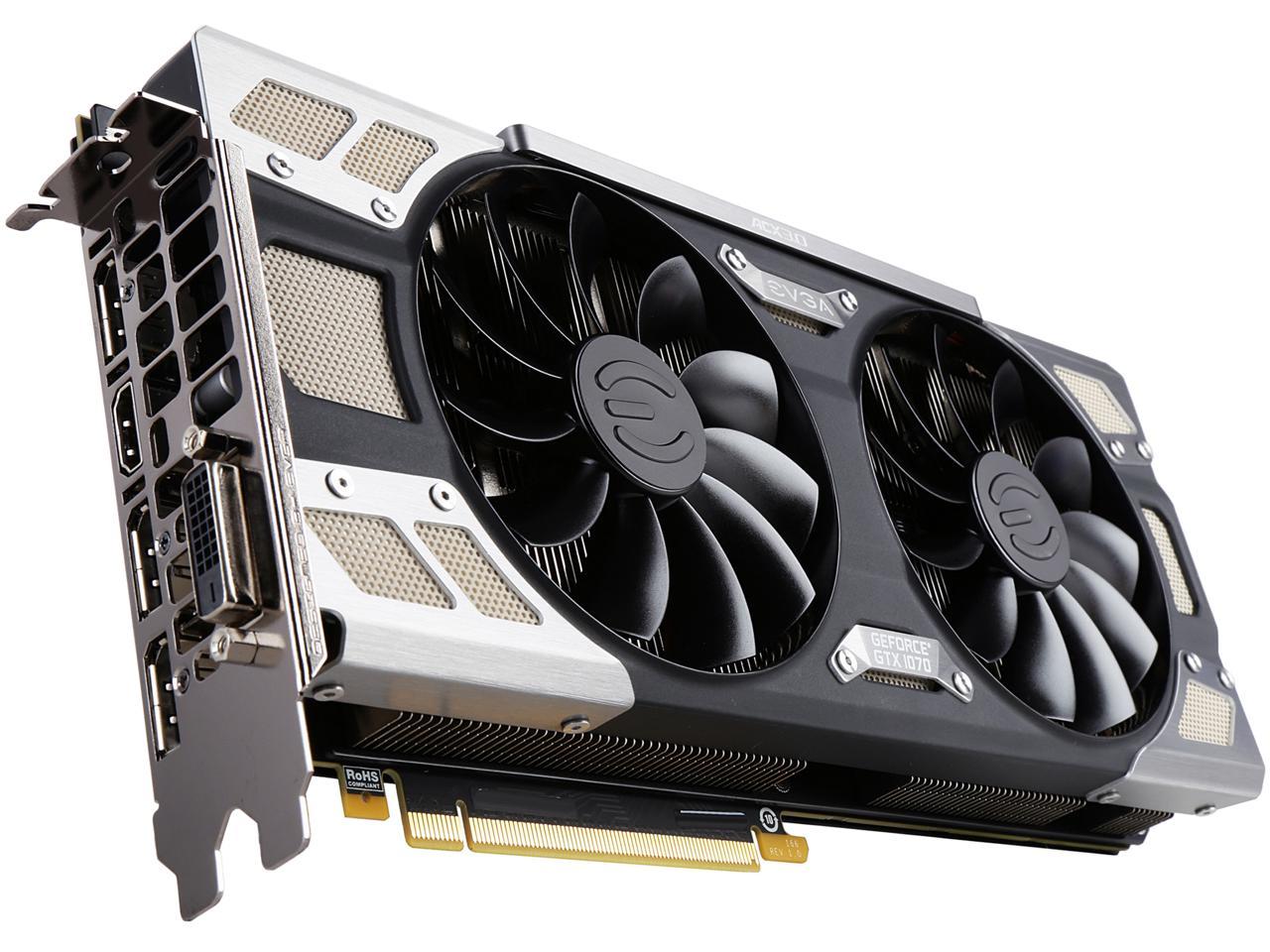 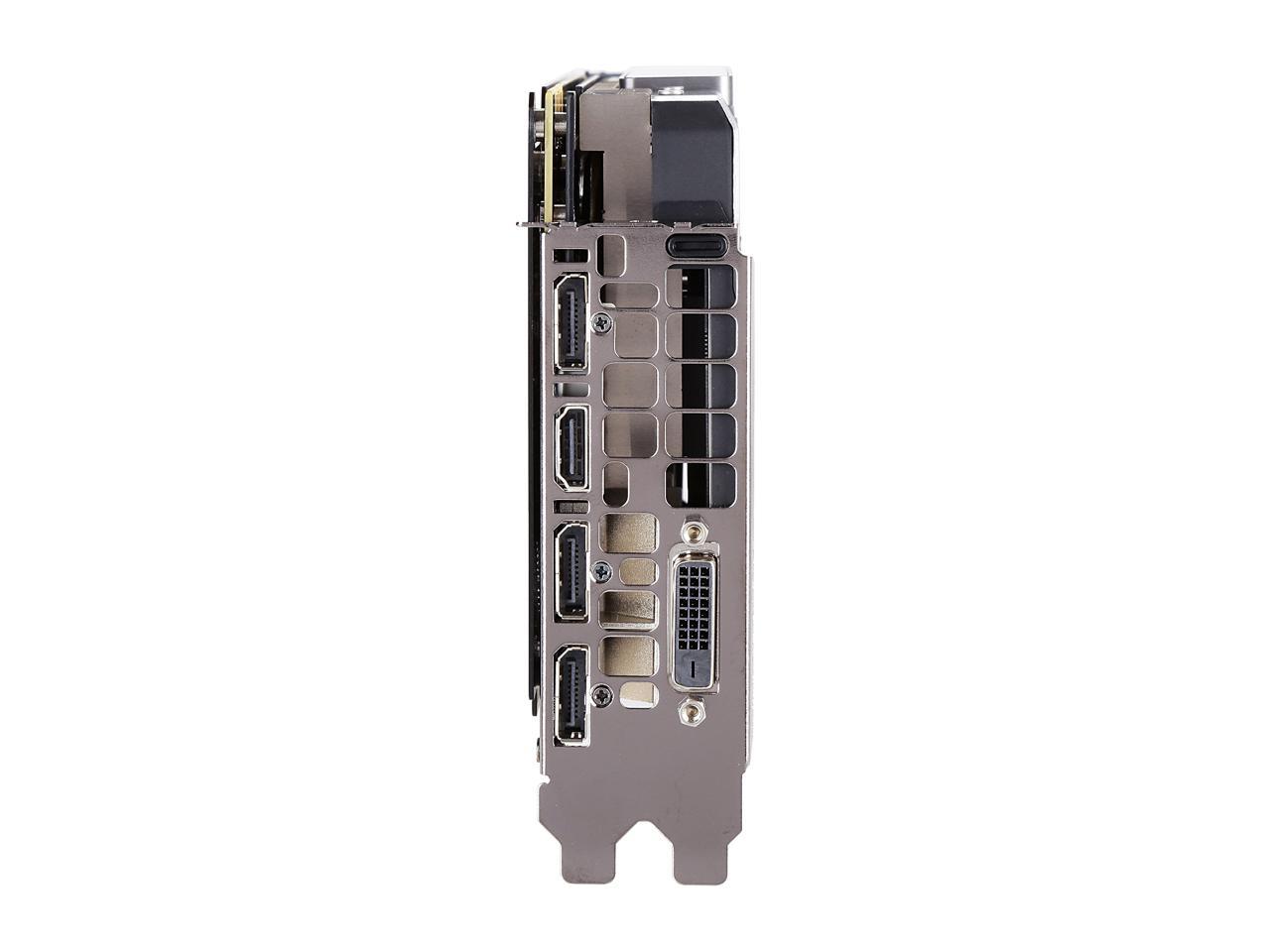 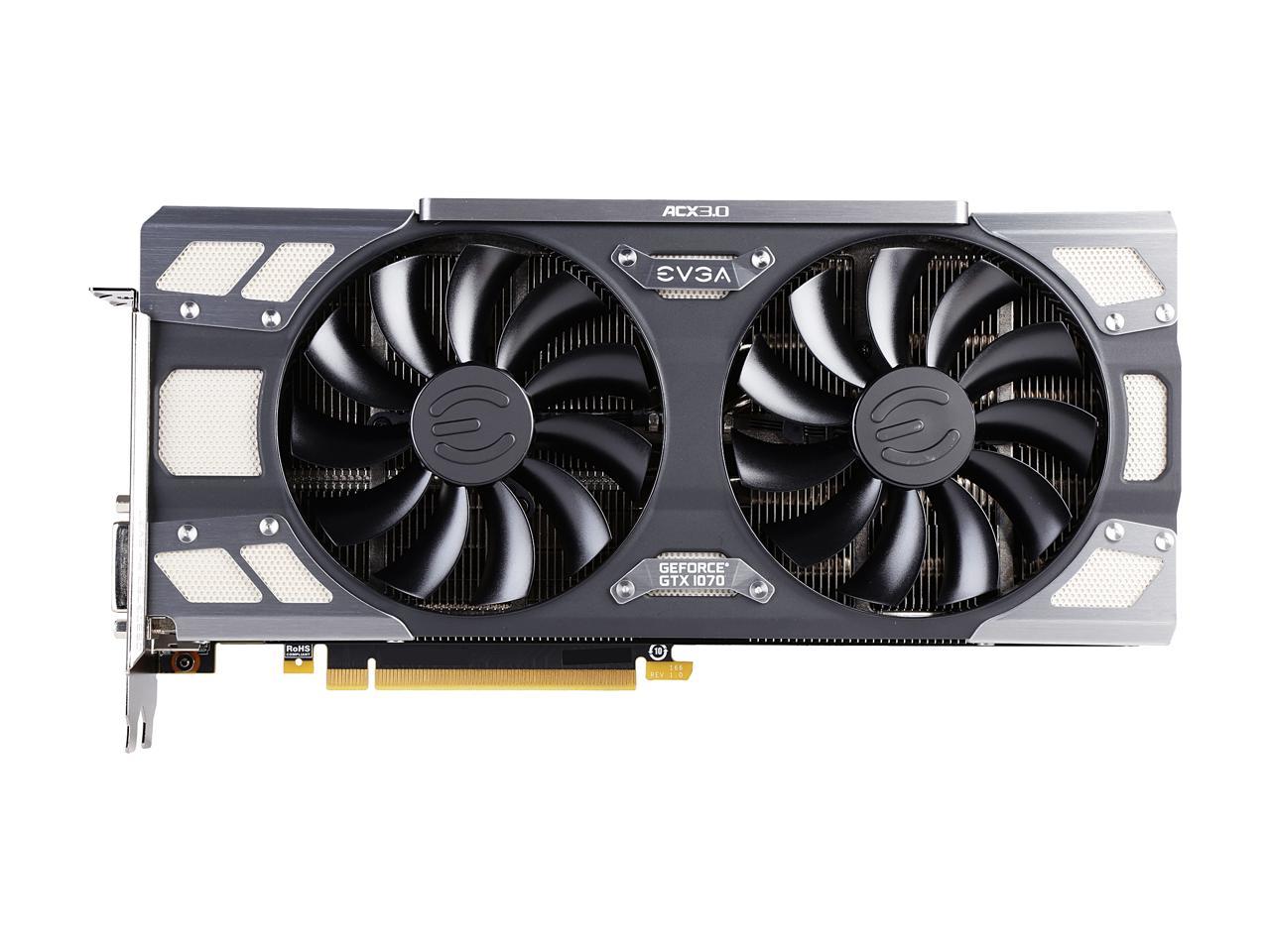 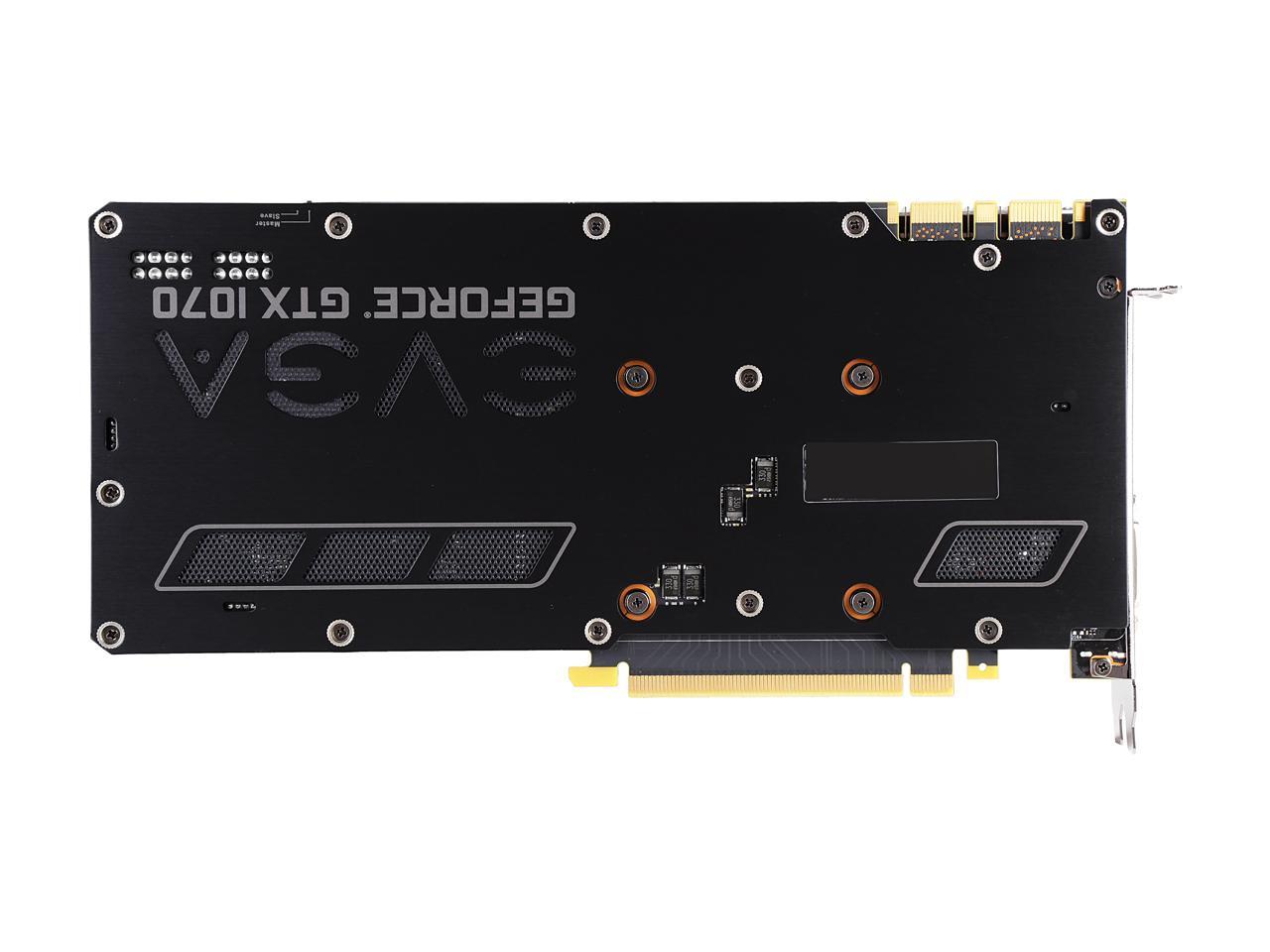 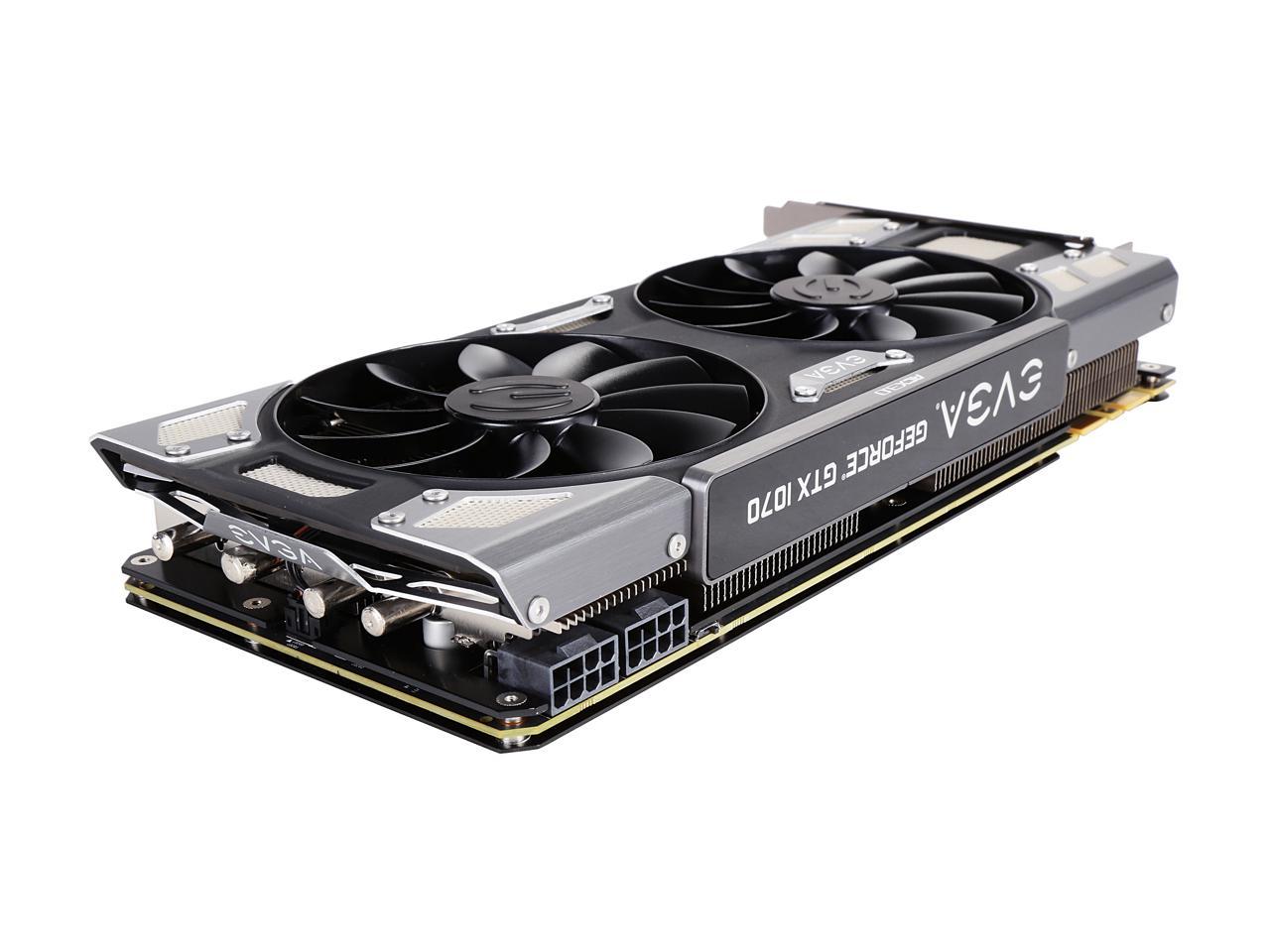 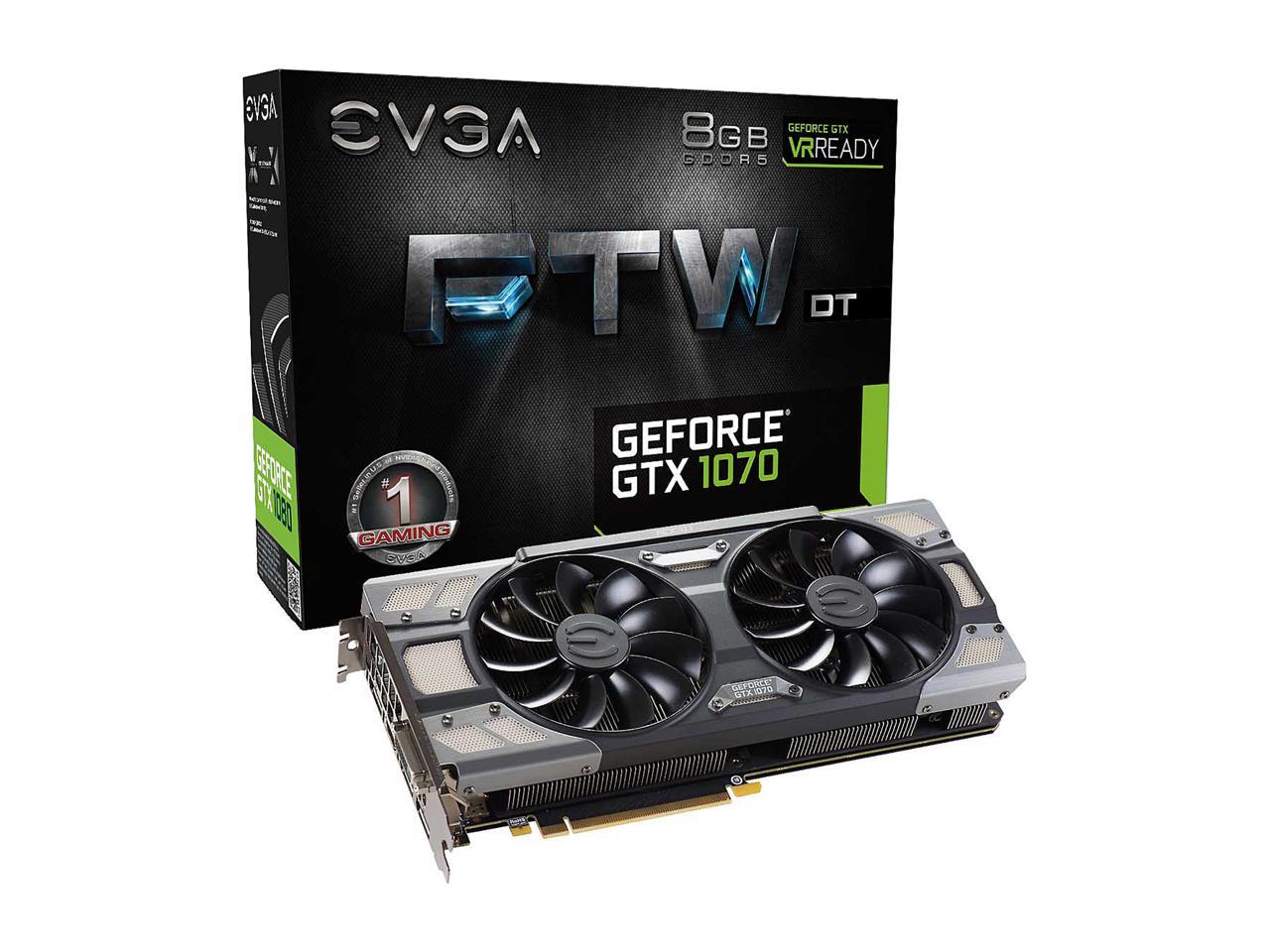 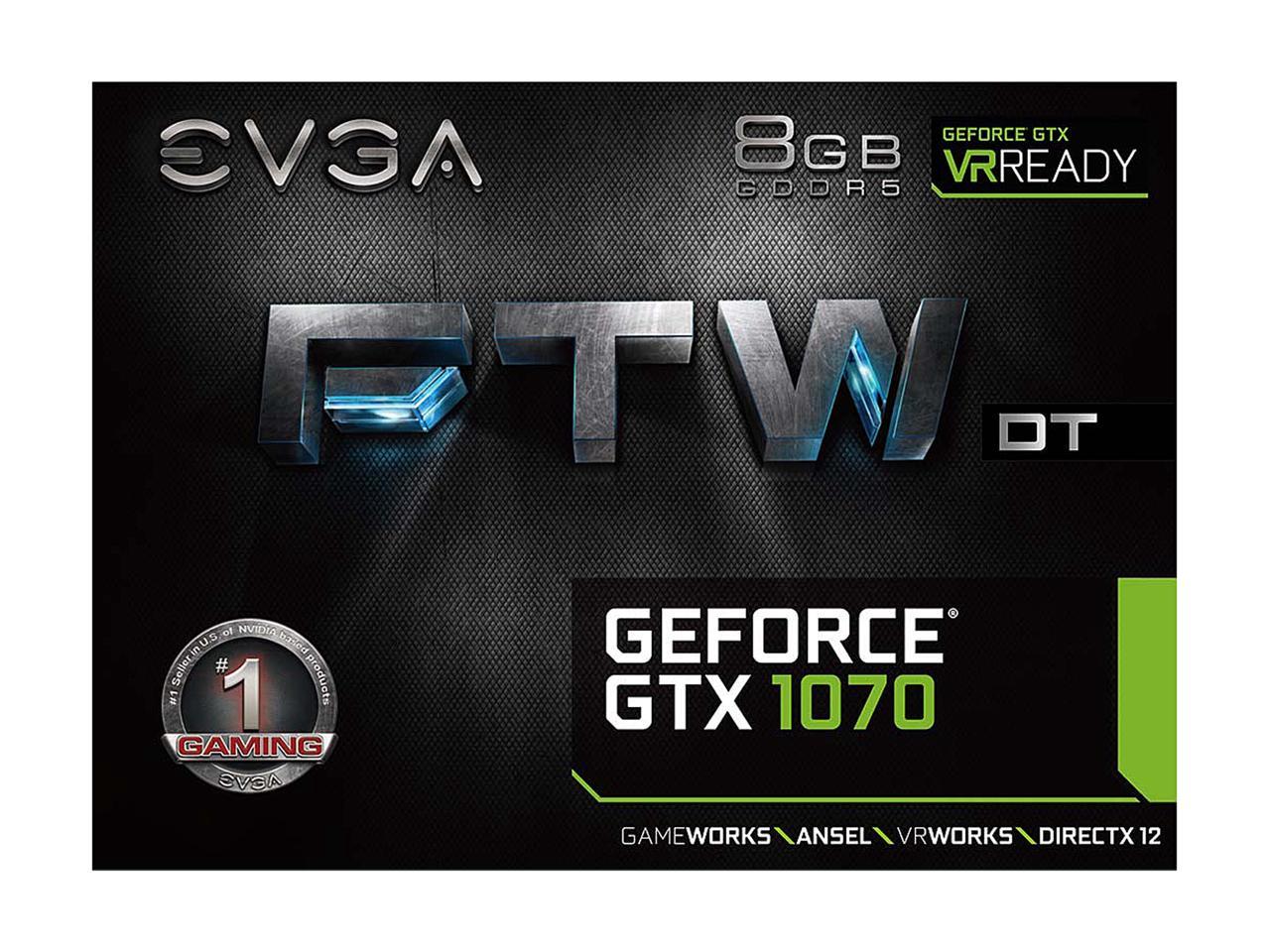 This EVGA card comes with EVGA ACX 3.0 thermal solution for efficient, quiet cooling, and EVGA Precision XOC utility that helps you unlock the full potential of the new Pascal architecture.

Did you know that power consumption of the fans can directly affect your maximum overclock? The maximum “power target” takes into account the fan power consumption, meaning the lower the power consumption from the fan, the more power available for the card. EVGA ACX 3.0 coolers use more than 4X lower power than competitors allowing for better and more stable overclocks. A secondary BIOS allows you to experiment with custom BIOSes without risk of breaking the card, and allows easy BIOS recovery with just the flip of a switch. Also, on select cards the secondary BIOS may unlock additional overclocking potential and/or improved fan speed control. Robust power design for extreme overclocking. (The pics are demonstrated only.) Cons: This is the DT version so it didn't quite meet the standards for the regular FTW cards in testing. Because of this, it doesn't say FTW on the cooler, and also is clocked lower. This card can meet the ftw clock speeds and maybe 100mz over them but the regular FTW card has higher potential.

Overall Review: Just make sure you know the facts of this card before you buy it. I would recommend the regular FTW card if you're nervous about this one. All in all its a great card

Pros: Upgrade to this from a 970. A very nice upgrade if your planning for the future like I am. Nothing is unplayable, everything runs great and yes it can run Crisis and many others. No complaints here.

Cons: I am a little upset that there were none of these cards offered at the promised price point of $379 that was bragged about at the Nvidia conference. I paid $429 for this one when I bought it and I feel a little guilty for forking over that much money for a video card.

Overall Review: $429 is alot of money to pay for a video card so make sure you REALLY want or need this before you buy. I have no complaints about the card so far aside from the pricing, but honestly nothing out there pushes it so its hard to say how well it performs, I mean after all I went from a 970 to this so its hard to say. I bought this card with it being my last card in mind, I wanted something that would perform well and last a while and I think this will do it. Looking back though honestly I almost wish I had bought a new guitar or something, I havent really played anything much since getting the card so I'm kinda at meh. All in all I'm giving it 4 eggs, I'm taking an egg off due to the pricing, that really gripes me alot that not one single company offered a 1070 at the price that Nvidia promised.

Pros: Performs as expected - Rise of the Tomb Raider 111 FPS average, Batman Arkham Knight 104 FPS average,@1080P without overclocking Build quality is solid Looks nice and has a back plate Coolers work fine although I only have it for 1 day :) Price was the best for in stock at the time of purchase 419.99 and free shipping

Cons: It is not $380 MSRP as Nvidia mentioned it will be. I couldn't wait for the price to drop, maybe in 6 months it will be. Two 8 pin power connectors instead of one 8 pin and one 6 pin, but I was lucky my power supply is also EVGA so it has two 8 pin connectors, adapter cables are included in the box for whoever needs it. It is very big and heavy it barely fit in my case, so it was not easy to install, but once installed it runs fine.

Overall Review: The card is very nice and it looks better than the pictures, I liked the MSI GTX 1070 more, but this one was less expensive and with free shipping, so I don't regret choosing it. For 1080P gaming I could have gotten GTX 1060 or Radeon RX 480 which also preform great at 1080P, but I think the GTX 1070 will perform great and longer before I have to buy a new one, and the stock availability was very limited for the other cards so I just couldn't wait, also it is good to have 6 teraflops GPU power :) The Radeon RX 490 will probably have similar performance as the GTX 1070 at a lower price, so it is a shame that AMD always can't release their cards in time to compete with Nvidia. Coming from GTX 760 this card is great I hope it will last for 3 years before I have to buy another.

Cons: The RGB lighting is limited, and by this I mean that I was expecting to be able to make the logo and fan side seperate colors, but all the lighting on the card is synced with each other. (Not a big deal) The adapters for power that it comes with are practically useless, although I didn't need them I couldn't see how it would be advantageous for someone to use them.

Overall Review: I would definitely recommend this card. EVGA has made unlocking this card's potential very easy for someone who doesn't have much experience in that area. I will also be updating this review in the future as this is a card designed for 2k and I haven't gotten the monitor to truly test it's abilities yet.

Pros: -obvious performance increase over my previous card ( about a 40% increase in fps in most games I've played) -RGB LEDs look really cool, and definitely make the inside of my case look more interesting -card boosts to over 1900mhz out of the box, don't worry too much about the low clock speed stated on the box -cooler works very well and the fans themselves are very silent, and are drowned out by my case fans anyway -very decent price compared to most other places i could find in Australia. About $80 less than the average price i could find them for in Australian retailers, including $40 postage -easy installation

Overall Review: -I would definitely recommend this product, however only if you are on a very specific budget that limits you from getting the FTW version -haven't yet tried overclocking it so cannot comment on that -I got this mainly to be ready for when i get a 1440p monitor, if you only intend to play at 1080p, this card is extreme overkill.

Pros: Runs cools. Has great acoustics if you're worried about silence, I however am not. The precision XOC utility that EVGA has out is A+ when it comes to overclocking. Custom fan curves, Voltage bumps per clock, Has a master/slave switch which swaps between bioses and the one has 120% power ability. I keep it at 120% 100% of the time. It clocks on it's own over 2000mhz. I didn't even have to flash a modded bios on this one to really push it. The stepping on these cards is great. It allows for cooler running card when not under heavy use and it stays cool even under 100+% power. I've had this card quite a while. I have had no issues what so ever. Would recommend this to anyone.

Pros: Totally Slaughters Rise of the tomb raider Max everything at 1440p and get 60 to 90 fps

Overall Review: Being a DT model might be a con to some people since it is a bin 2 ftw however this thing OCs factory out of the box to 1900 and just playing in auto settings have bumped it to 2038 for 2 hours at 68c Its an amazing card that Slaughters game titles