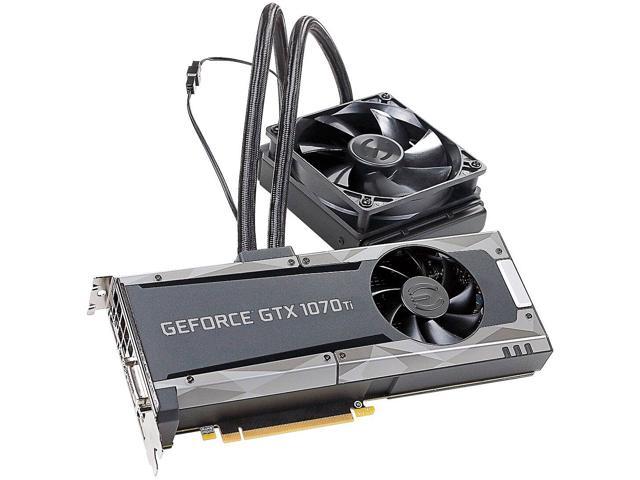 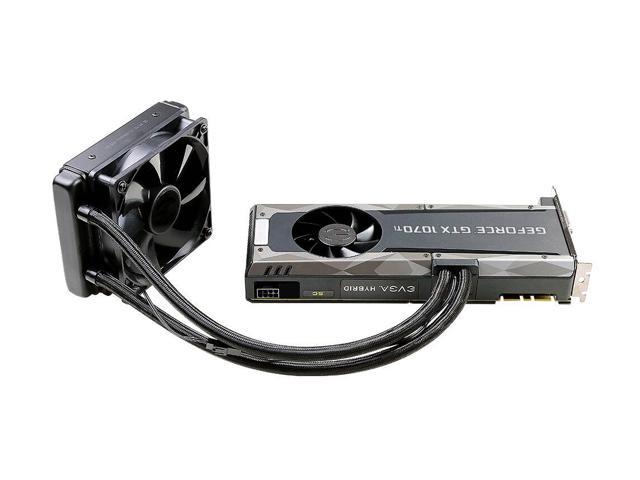 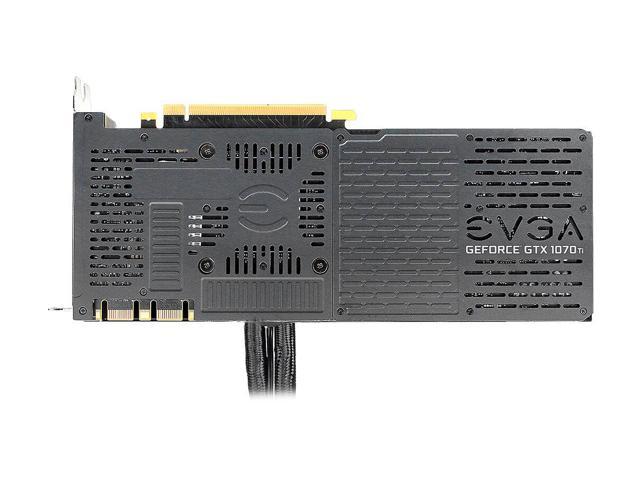 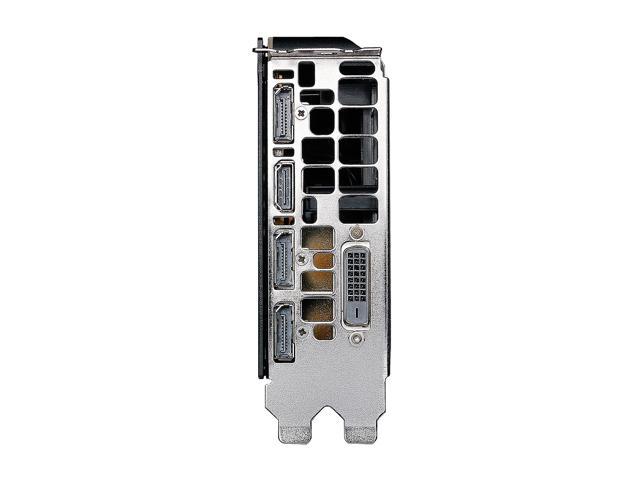 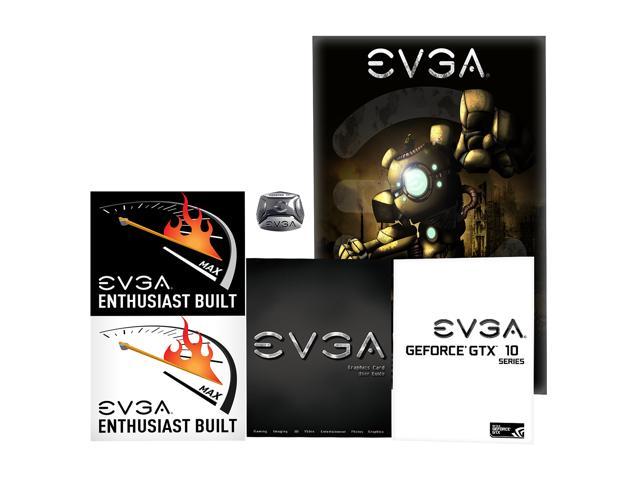 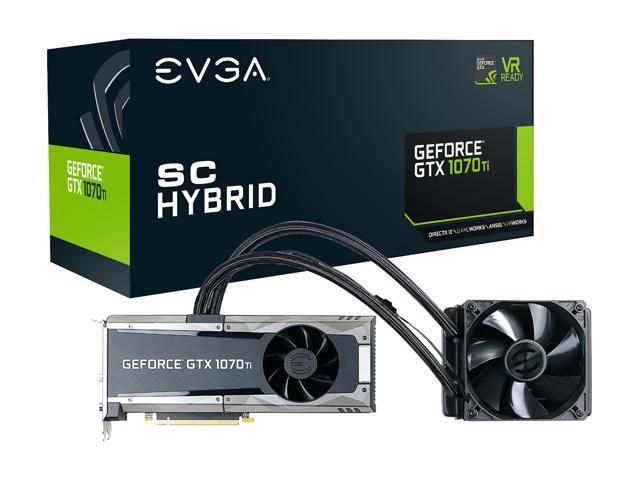 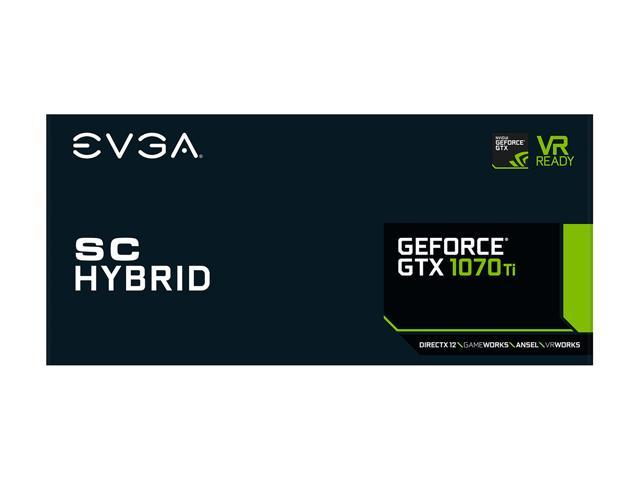 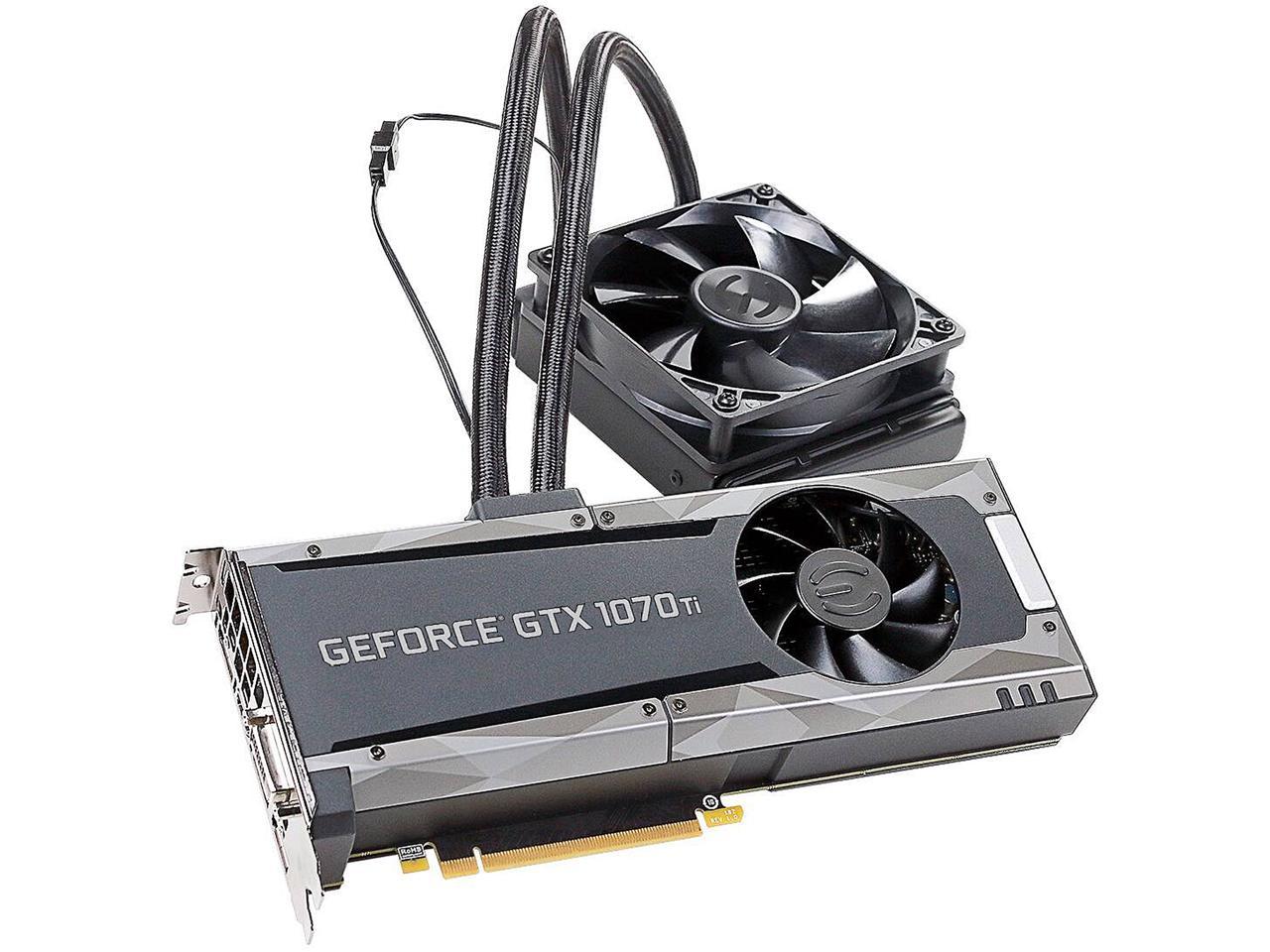 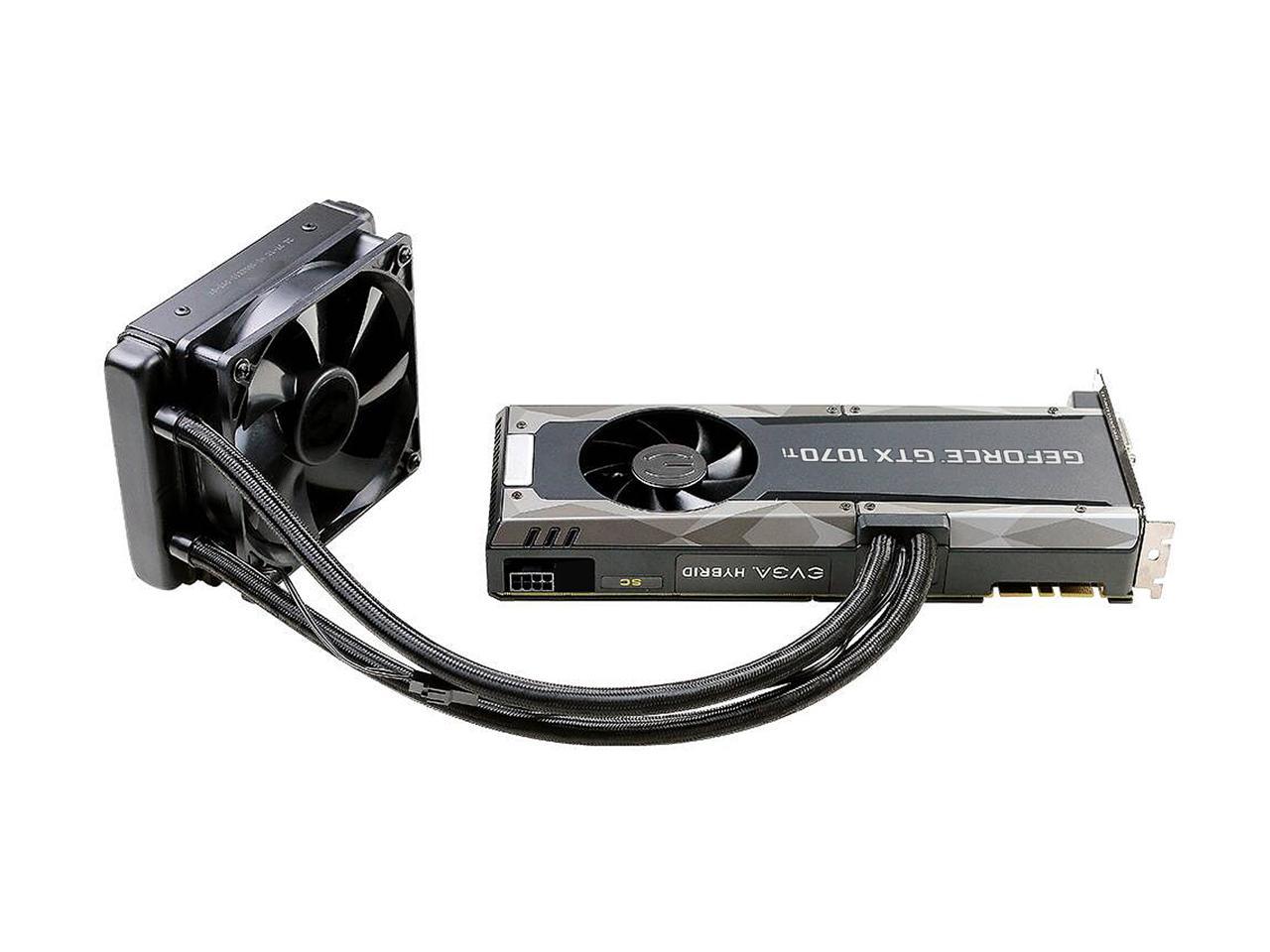 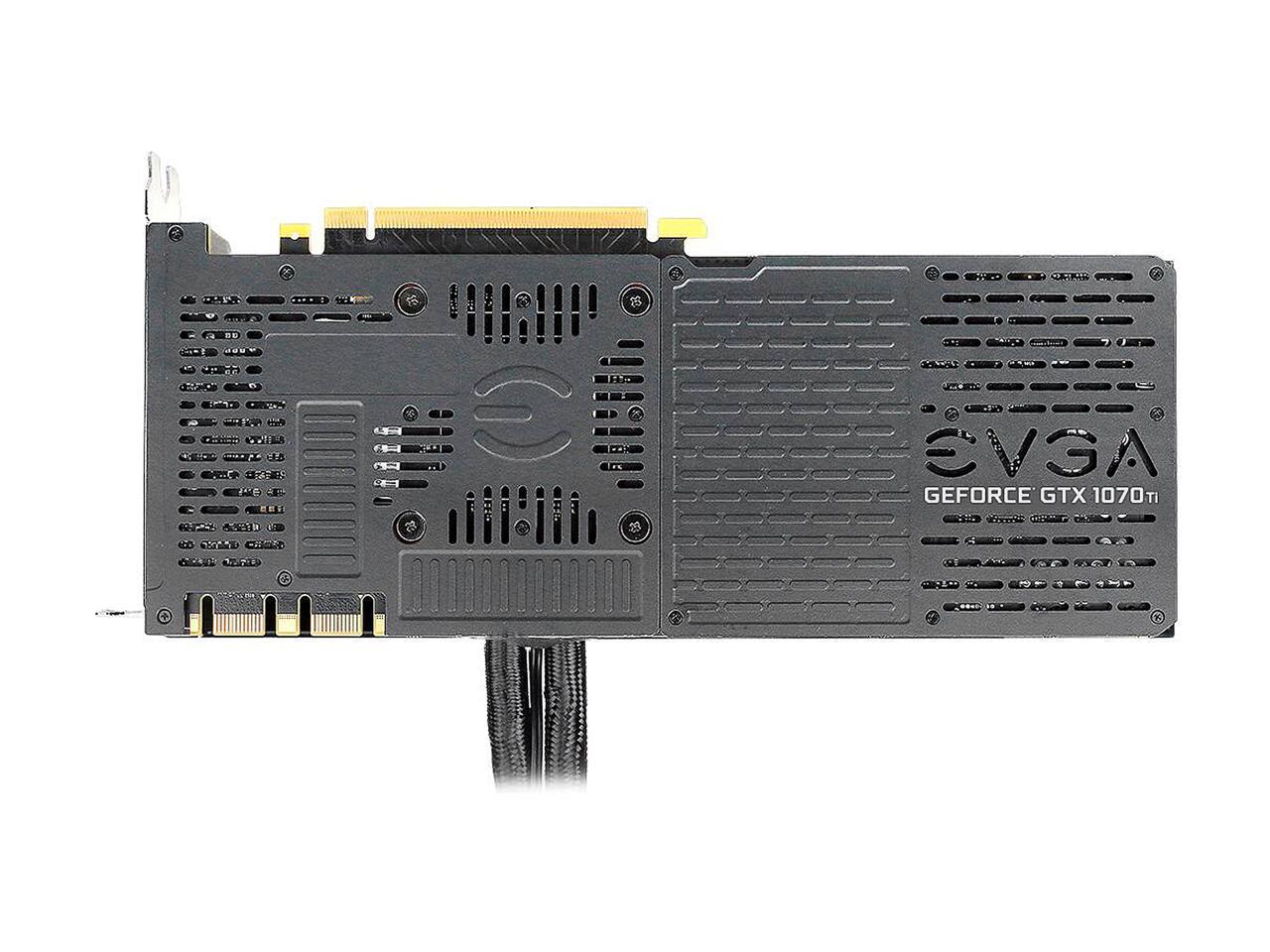 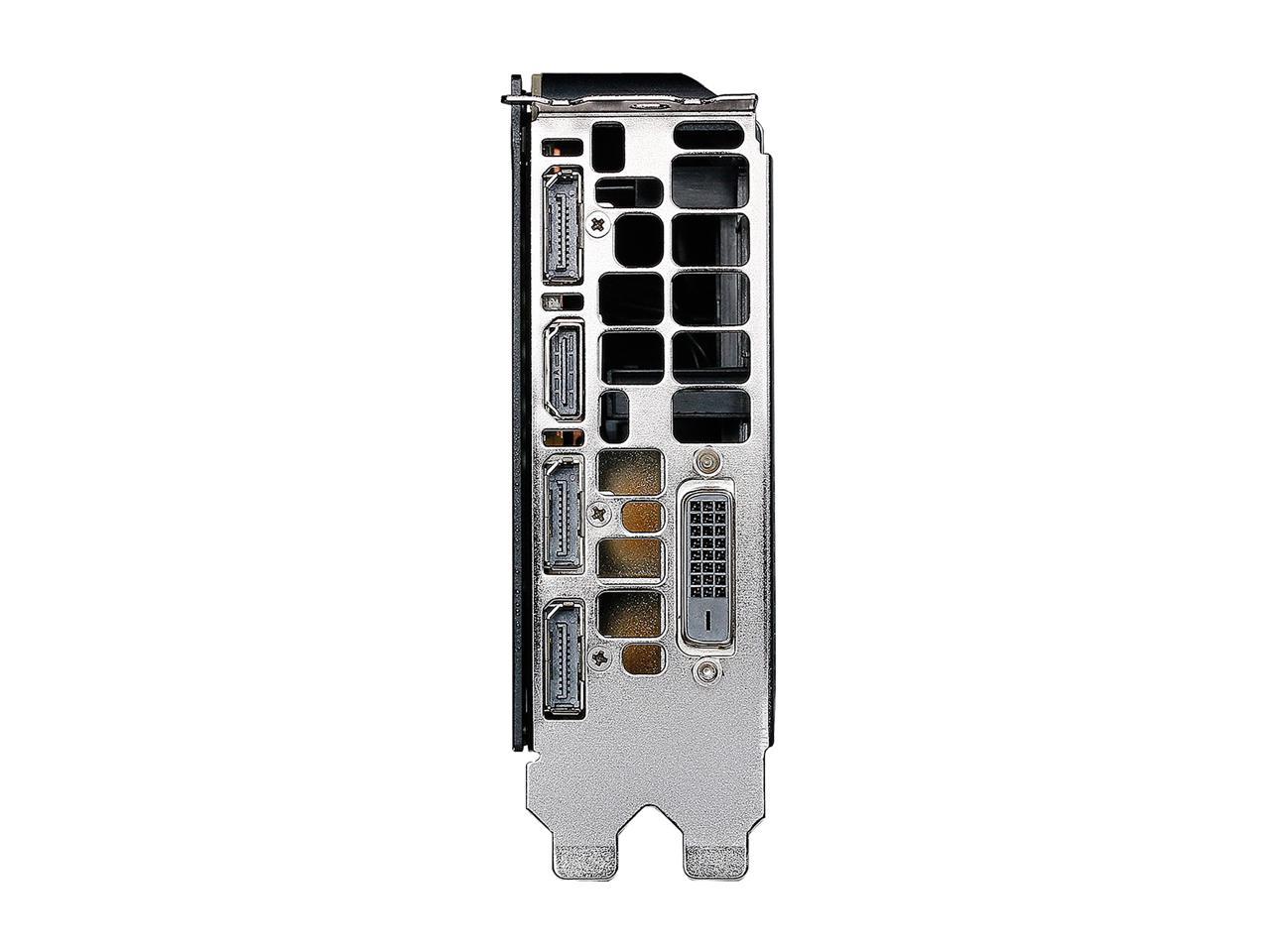 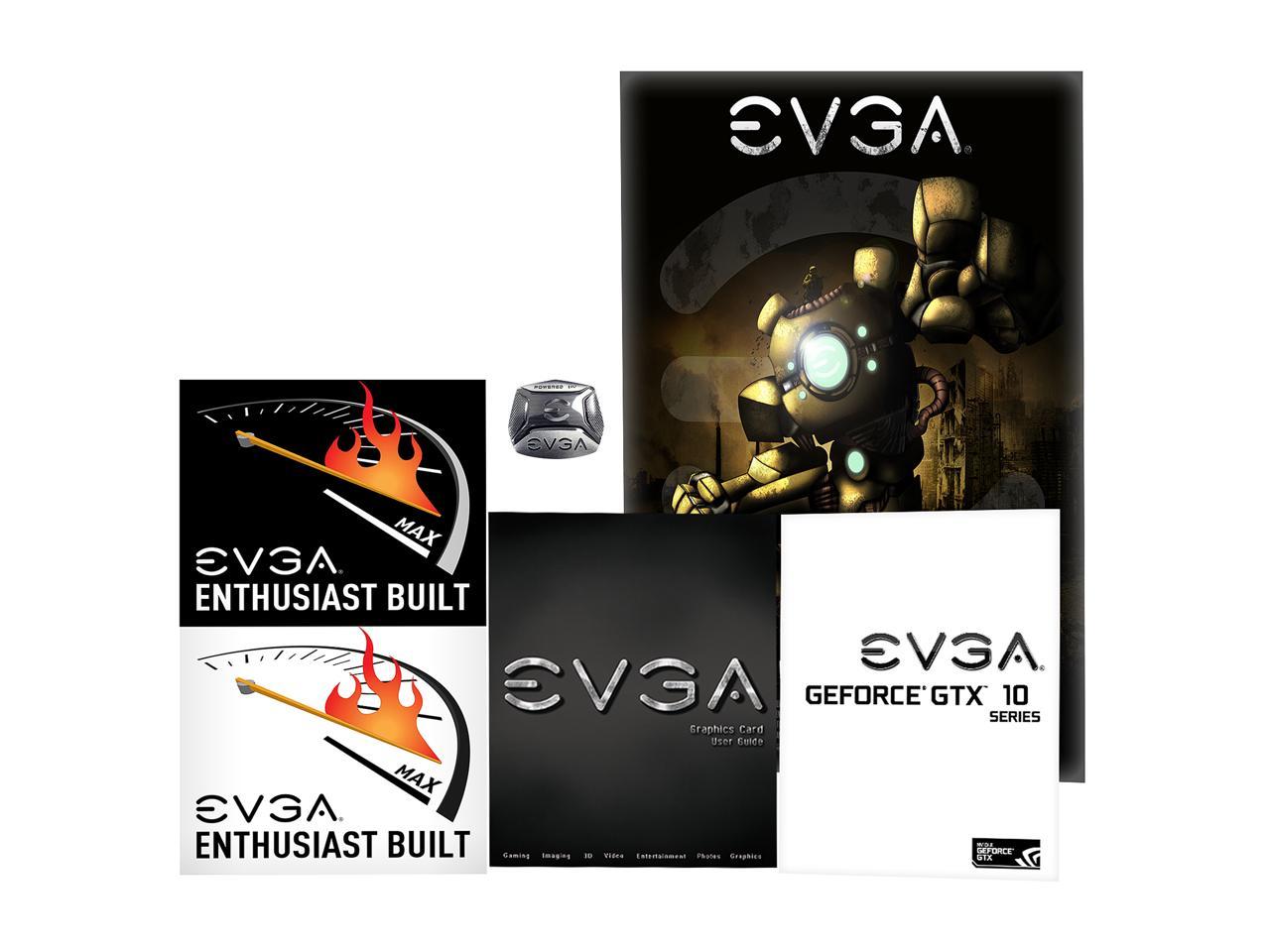 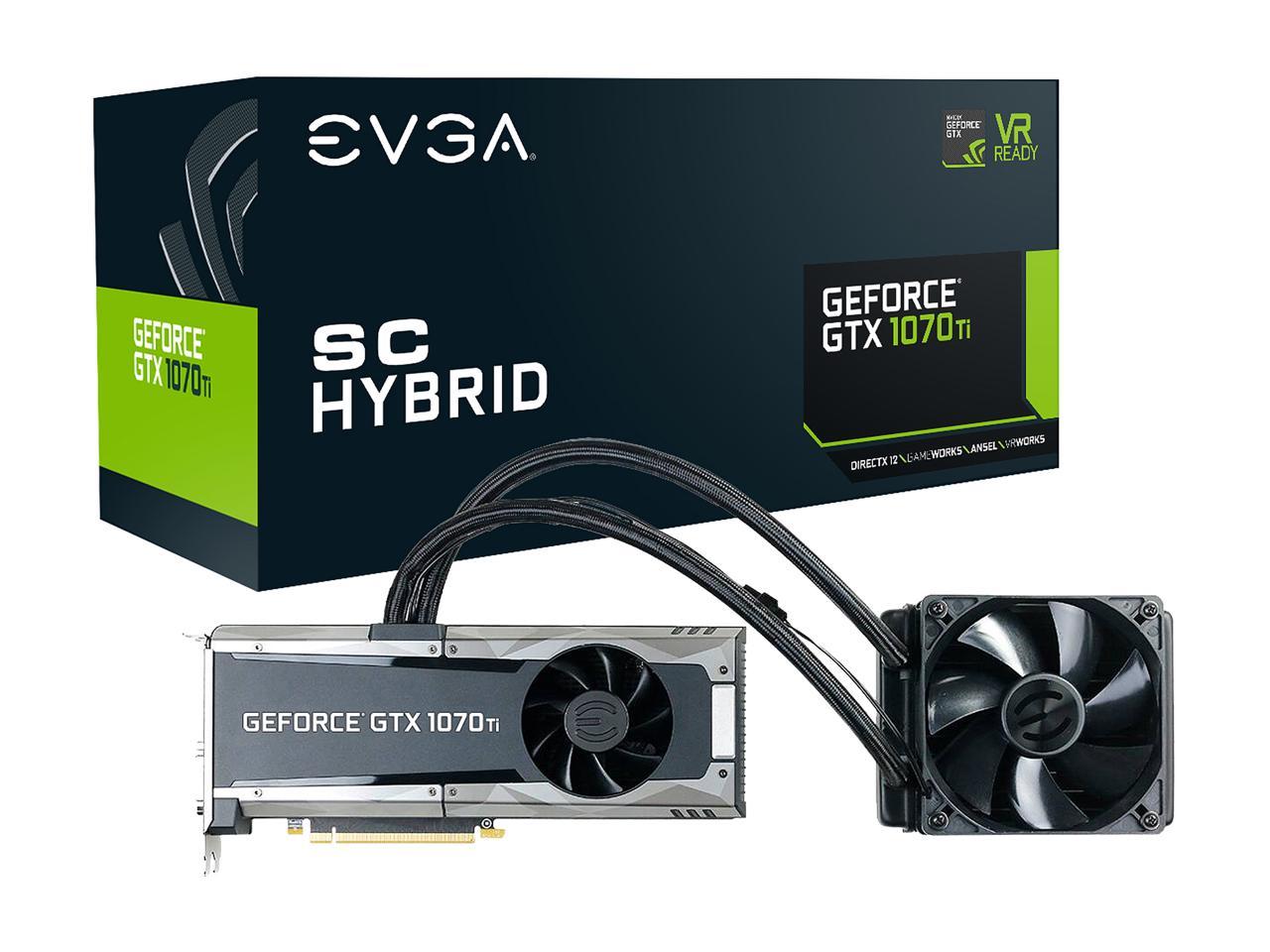 Pros: I use this primarily for Rendering with Octane Rederer. I have had this at 80% load for over 3 days of rendering. The Temp didn't go over 45c. I have a light OC on the units and it is very stable. I own 8 of these total. All worked out of the box and worked. Zero Issues

Pros: To see what I think about where I am with the EVGA GTX1070ti SC HYBRID 8 MEG GDDR5 you need to know where I left! My old card was an EVGA GTX970 SCC version that served me really well @ 1080P gaming. No, not all games were at maximum detail, but close. I updated to a newer G-SYNC ACER XB271HU 1440P monitor and games were well below medium in most settings, not surprisingly. My main board is a MSI P55 GD80 1156 socket with an i7 870. Yes, nearly a ten year old CPU! I’ve changed the HD’s to 1TB Samsung 850 PRO and a 2TB Micron 1100 SSD running AHCI drivers. The SSD drive speeds are PLENTY fast to ignore $$$ NvME drive for now. The USB does use a daughter card for USB 3.0 on the computer’s two front USB sockets to get passed the slower native USB, for $8.00! 16 Meg of system RAM round it out. Why get the EVGA 1070ti hybrid GPU for this system? I know the monitor I’ll be using, and the current CPU’s are “broken” until fixed in hardware. I’d rather wait till the new architecture is out before I change MB and CPU. Likely the 3 GHz hyper-threaded CPU can still supply the GPU with enough data at maximum resolution to get the job done just fine at 60 FPS or higher. If that’s the situation, there is NO REASON to spend $$$ on a MB, Memory, OS and CPU (or even a NvME boot drive). The GPU was technically too expensive as is but less aggravating than the 1080 hybrid cards. Did it work out that the 1070ti gets the job done at 1440P with this old CPU? The GTX970 and the GTX1070ti are complete opposites when running. The zero fan GTX970 is SILENT (no fan!) at idle while the GTX1071ti VRM fan and radiator hum along at 1200 RPM. They seem fixed to one another and throttle together if you set the fan speed to 100% and listen. At idle the 1070ti hybrid is not loud at all, but it is indeed louder. The tides turn in 1440P games where the 970 hits 85C with ~ 85% CPU utilization on all cores in Crysis 3 @ 50 FPS (medium detail) and the two fans at full tilt. The GTX1070ti hybrid runs 46C and 85% CPU utilization with full detail and 70 FPS, fans not ramping up one bit from idle speed of 1200 RPM. Yes, it is indeed an upgrade. Could it be better with a 4 GHz CPU? Sure, but based on data with modern CPU’s @ 1440P it is less than 10 FPS. This card is ideally suited for 1440P gaming. The XOC software is a mess. No directions, crashed in manual mode all the time, aggravating help bubbles that time out in three seconds, and it can’t seem to finish a “basic” over clock half the time. After several “automatic” sessions, and figuring out how to store a PROFILE for W10 @ start-up, I managed a 1607 MHz base GPU clock and an indicated +114MHz GPU over clock offset. I left the memory alone for now as little is to be gained there. Not a contest winner by any means but it is representative of a reasonable over clock. But wait, the software doesn’t really show what the GPU DOES in games! The new GPU’s have dynamic over clock and the water cooled CPU NEVER throttles back! It stays too cool so it goes to the maximum XOC over clock and sits there. How do you know? With the OSD, On Screen Diagnostics, you can see the real time performance on key variables. THEN you see the “ti” in action. And, I set CPUID Hardware Monitor, too, to capture the variables. In Dead Space, an easier game to run, it reaches 110 FPS average at maximum detail and 1607 MHz GPU clock @ 30C. Stick a tough game in there like Crysis 3 at max detail, and it runs 75 FPS average and 46C with a constant 2020 MHz GPU clock. So yes, it does “over clock” to 1070ti territory, but you’d never know it from the software data front end. The fans never spin past IDLE speed (1200 RPM) the whole time in a 22C room. Can’t complain about that. The old i7 870 CPU load is ~85-90% on most cores with a few hits to 100%. The GPU is 98% load in both games. The card is classy looking in a clean understated way with a white (not bright) LED "EVGA Hybrid" logo. I like it. So there you have it. A ten-year-old PC with a modern EVGA HYBRID GTX1070ti runs fine, and I don’t have to spend a dime on the “greatest” CPU and support hardware. I already have the longest legged CPU in history. I’m sitting tight with this ten-year-old rig, and glad I bought the EVGA 1070ti hybrid GPU. It is QUIET in games, acceptable at idle and is a thin, light and easy to manage card that gets the lead out (the radiator/fan) so it doesn’t sag. If you have room for a 120mm radiator, to me this is the 1070ti series card to get. If this doesn’t cook your bacon…better look at the 1080ti for even a remote chance of added heat. But, that’s well over $400.00 more than the 1070ti and I can’t use 11G of Ram designed for 4K, which a 1080ti JUST manages decent frame rates in most games. 4K is the next round 4 years from now. I build behind the top of the curve at 1440P / 2K.