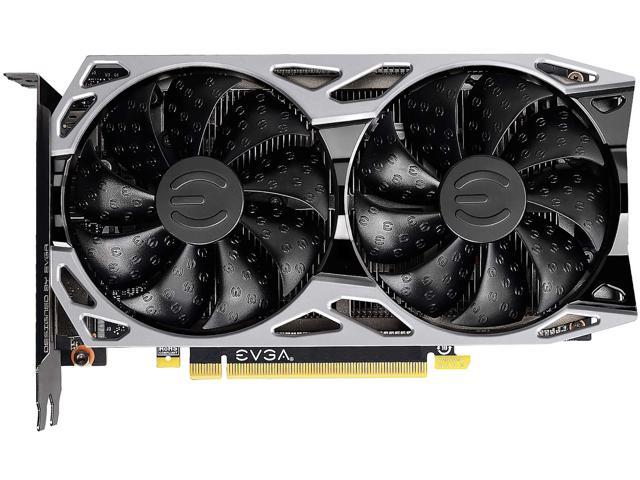 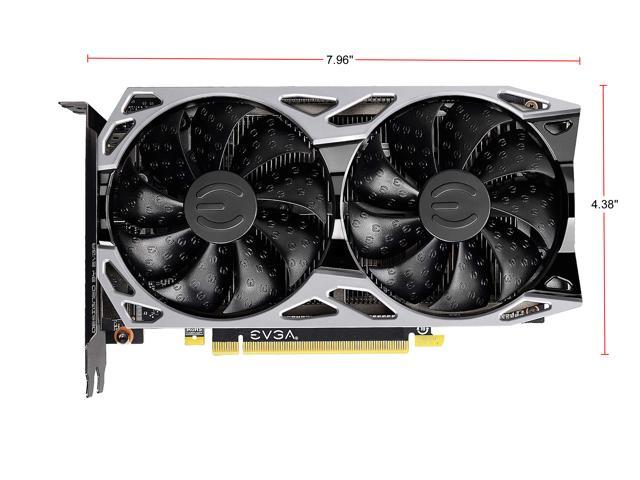 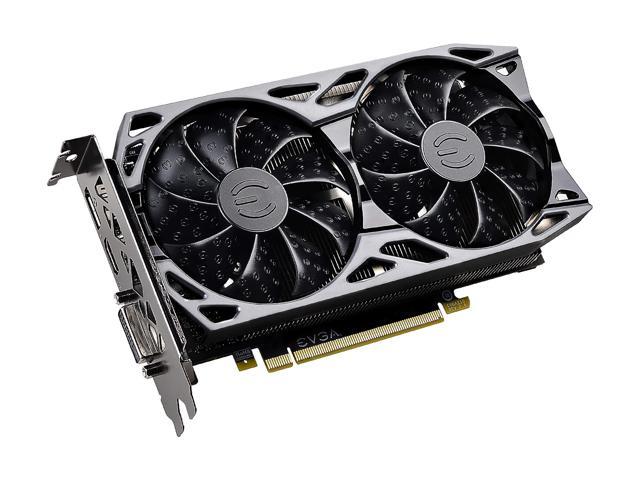 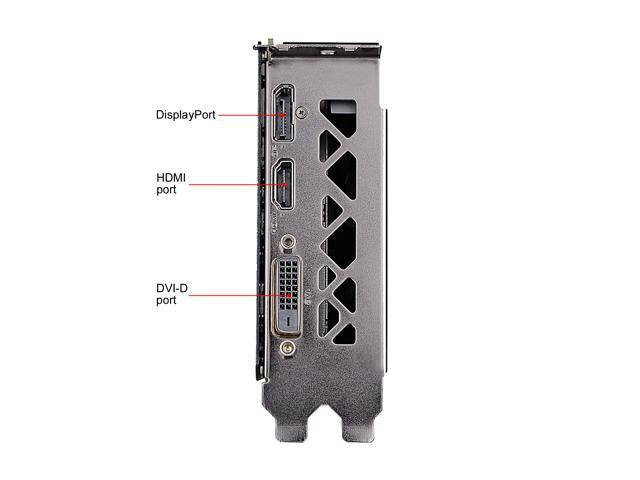 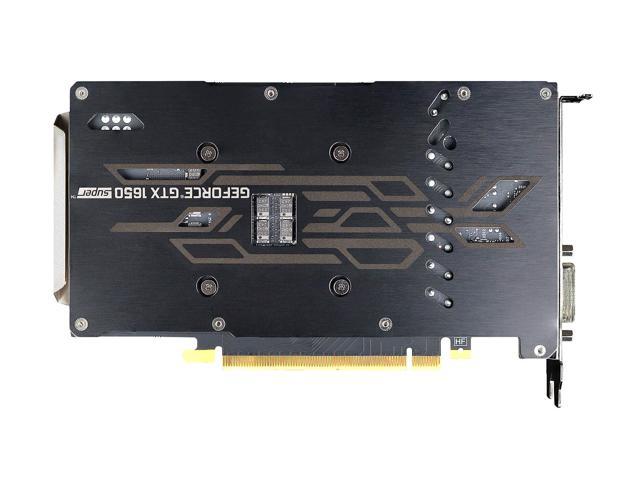 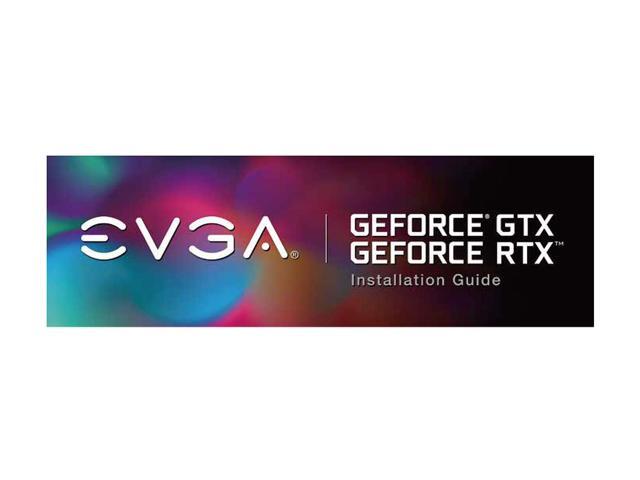 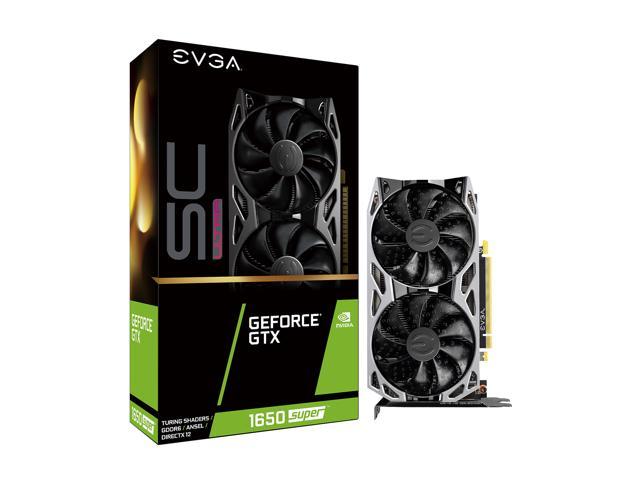 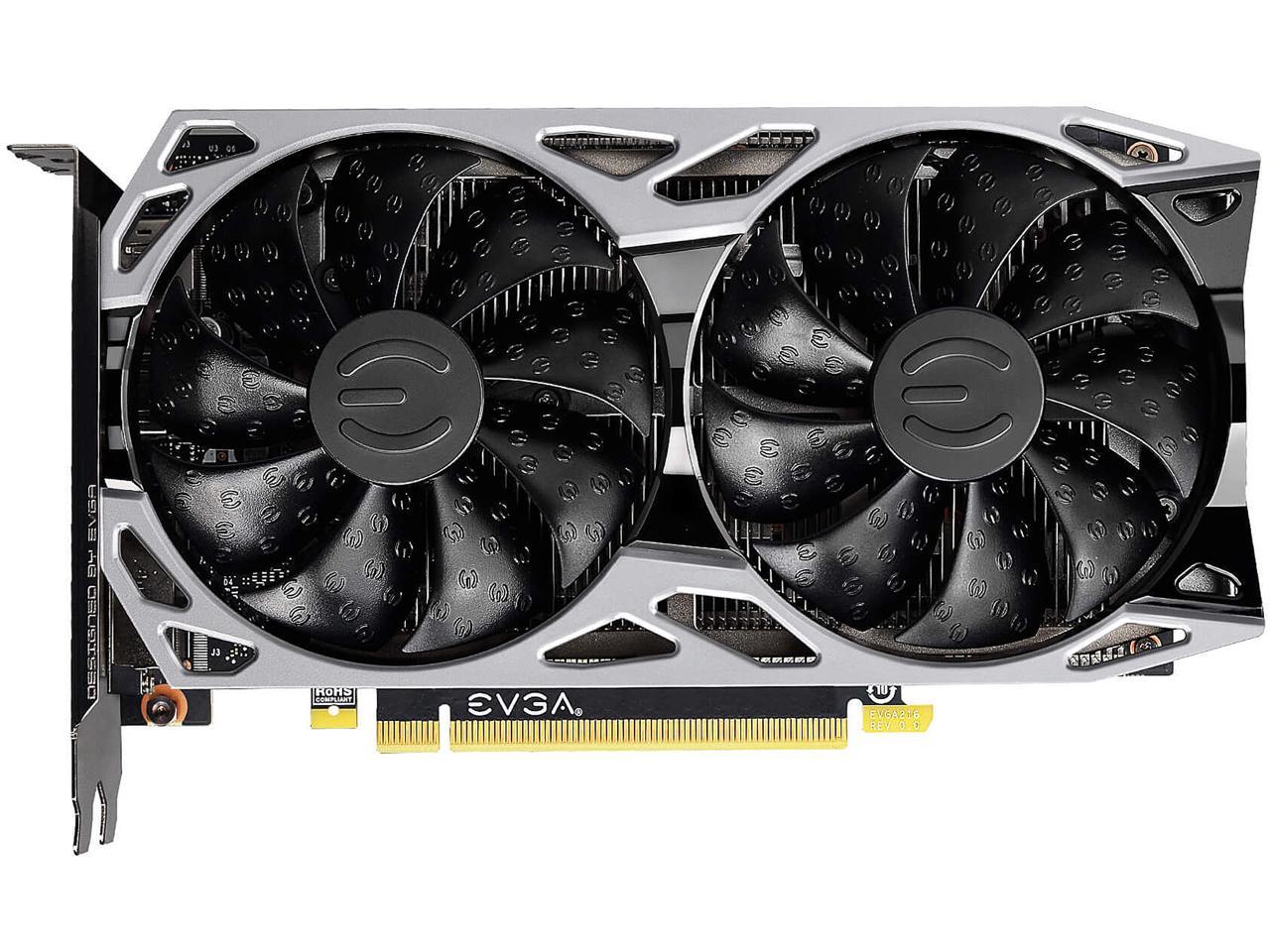 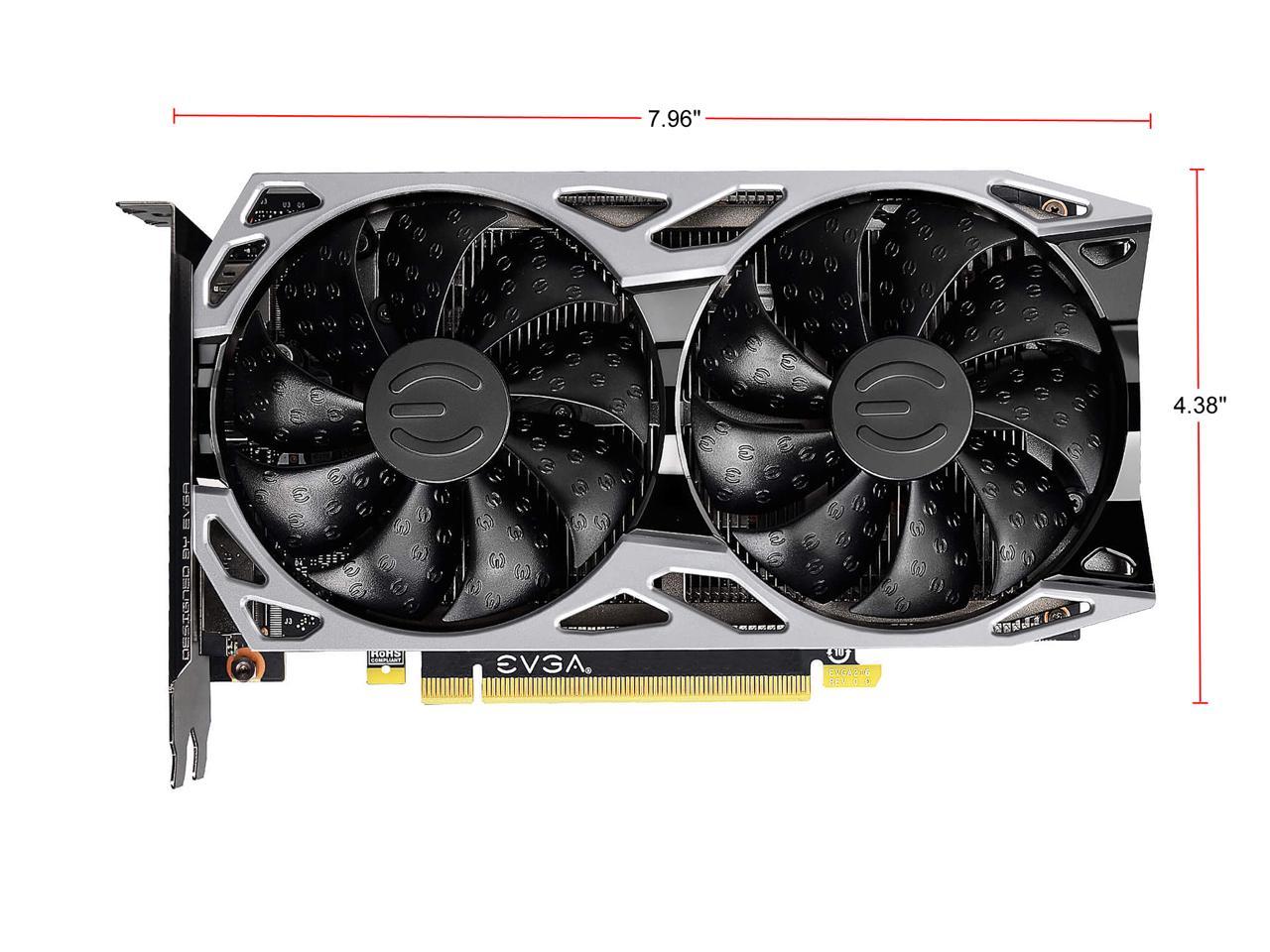 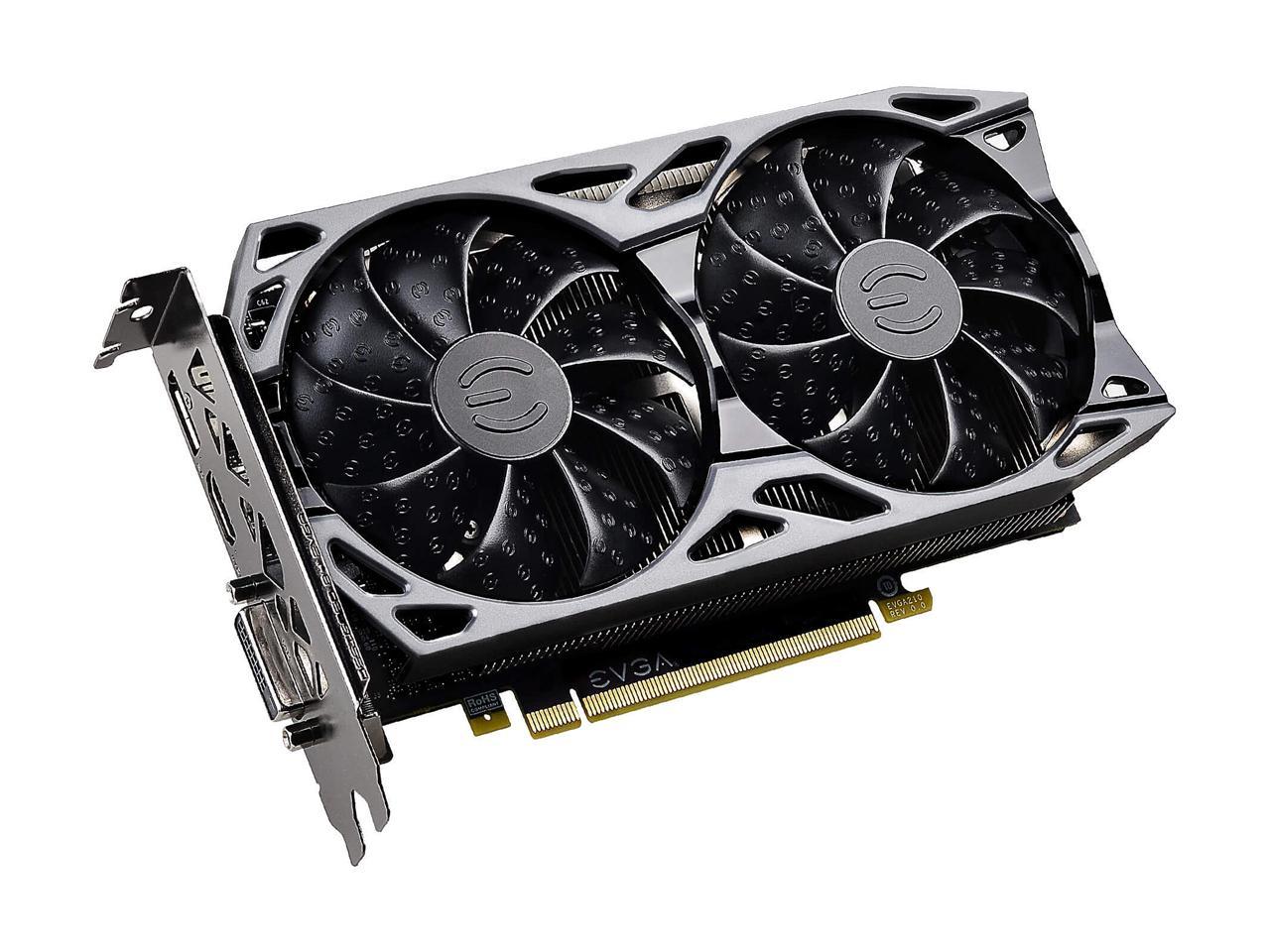 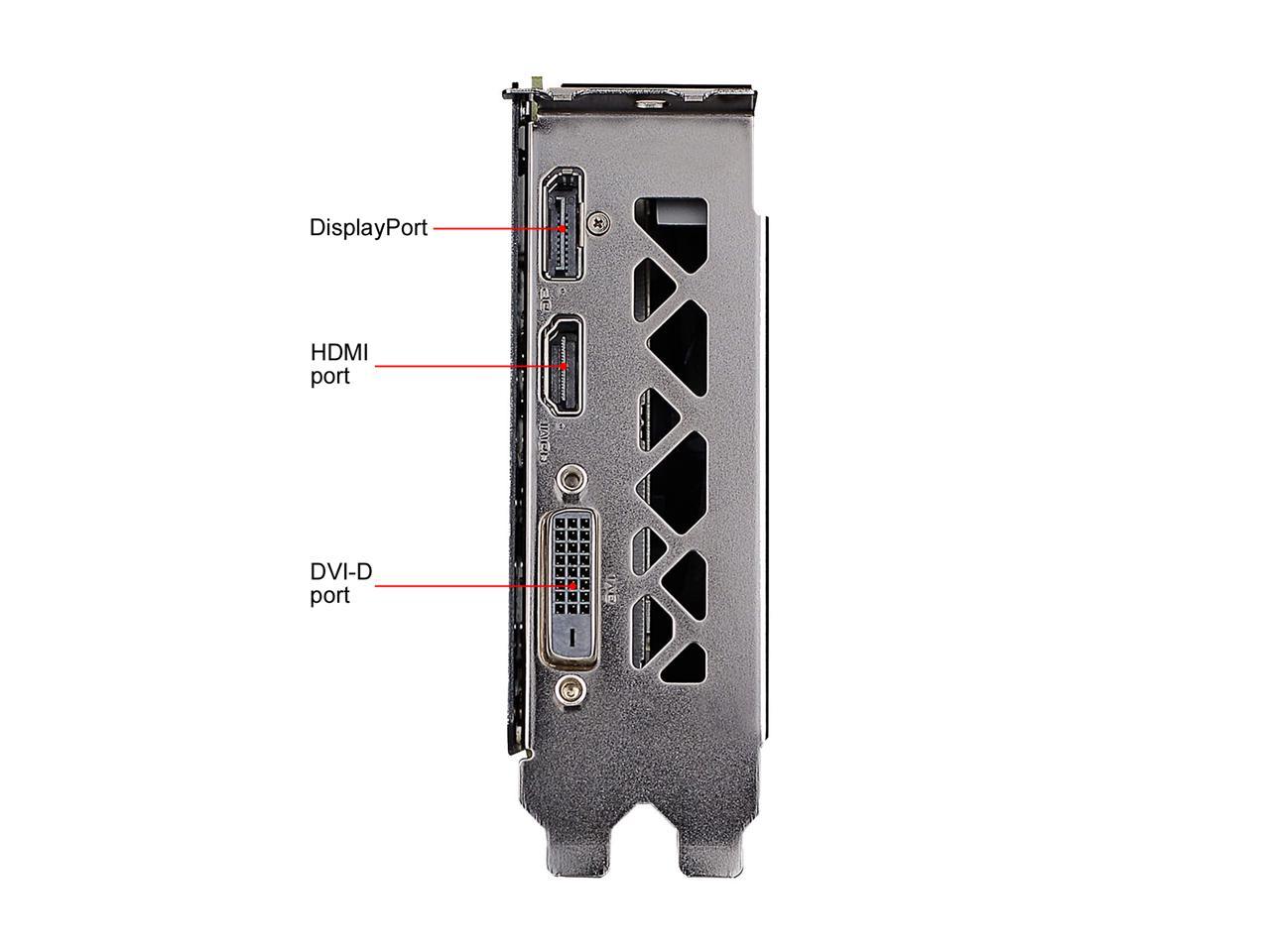 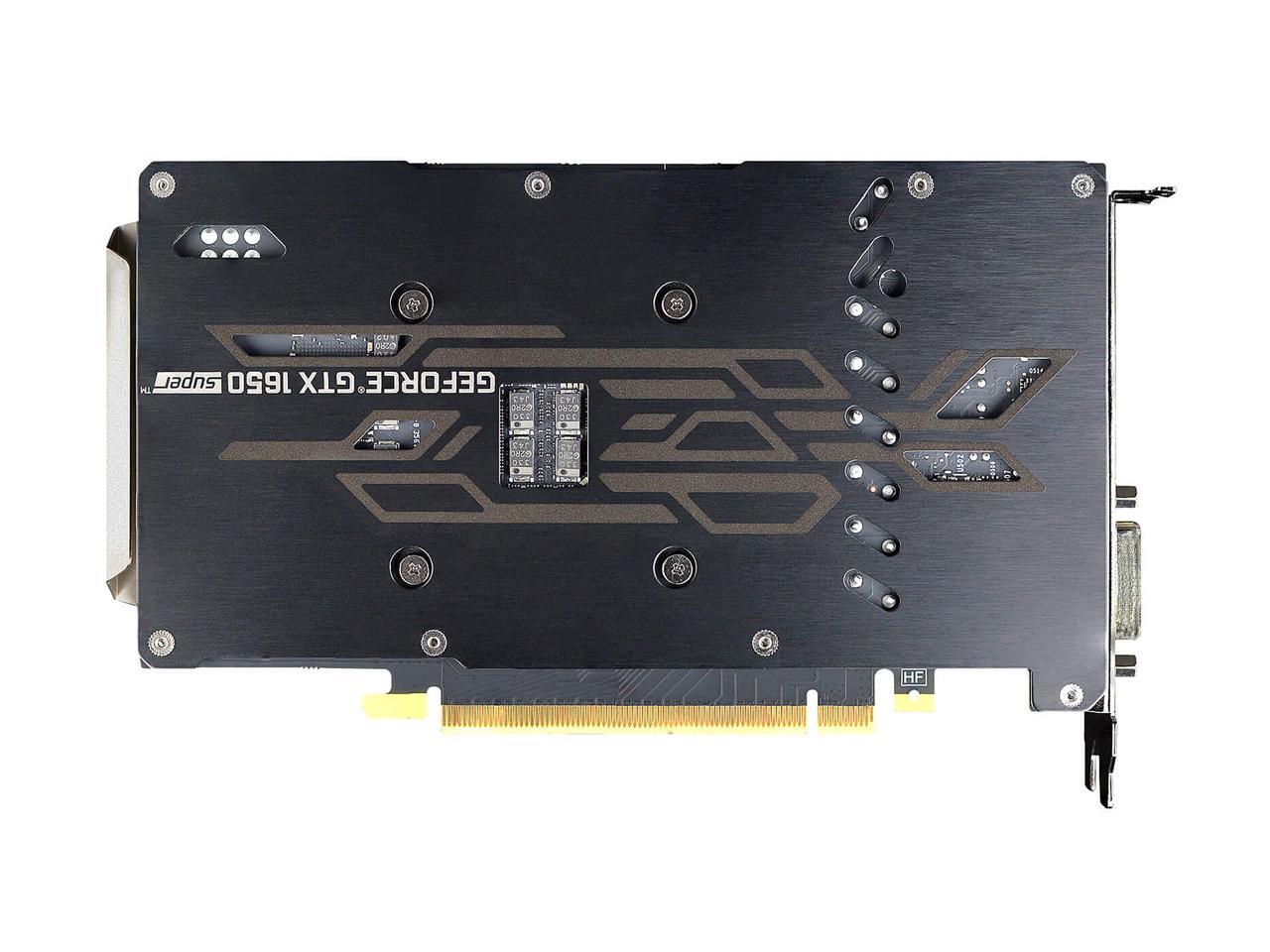 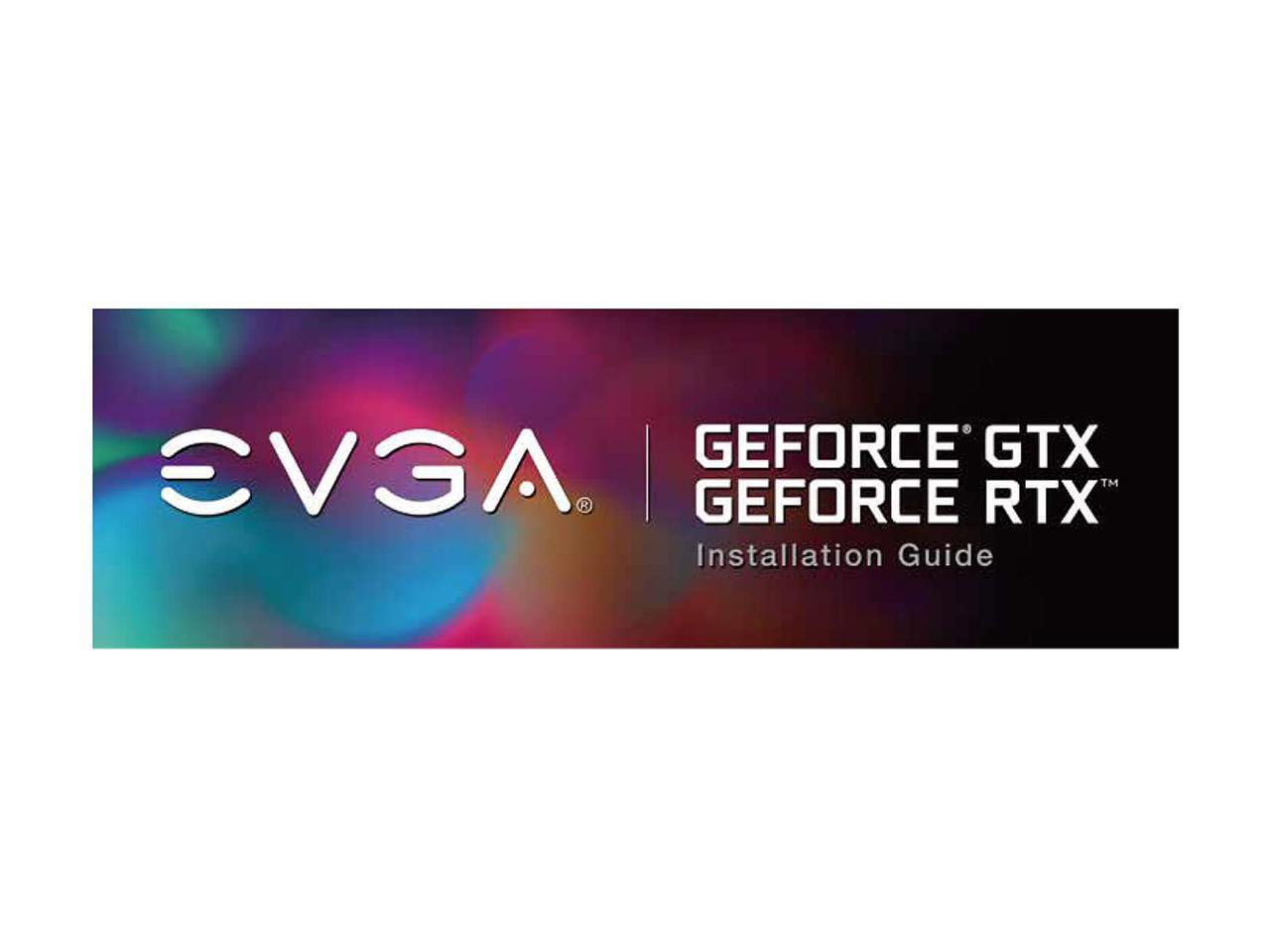 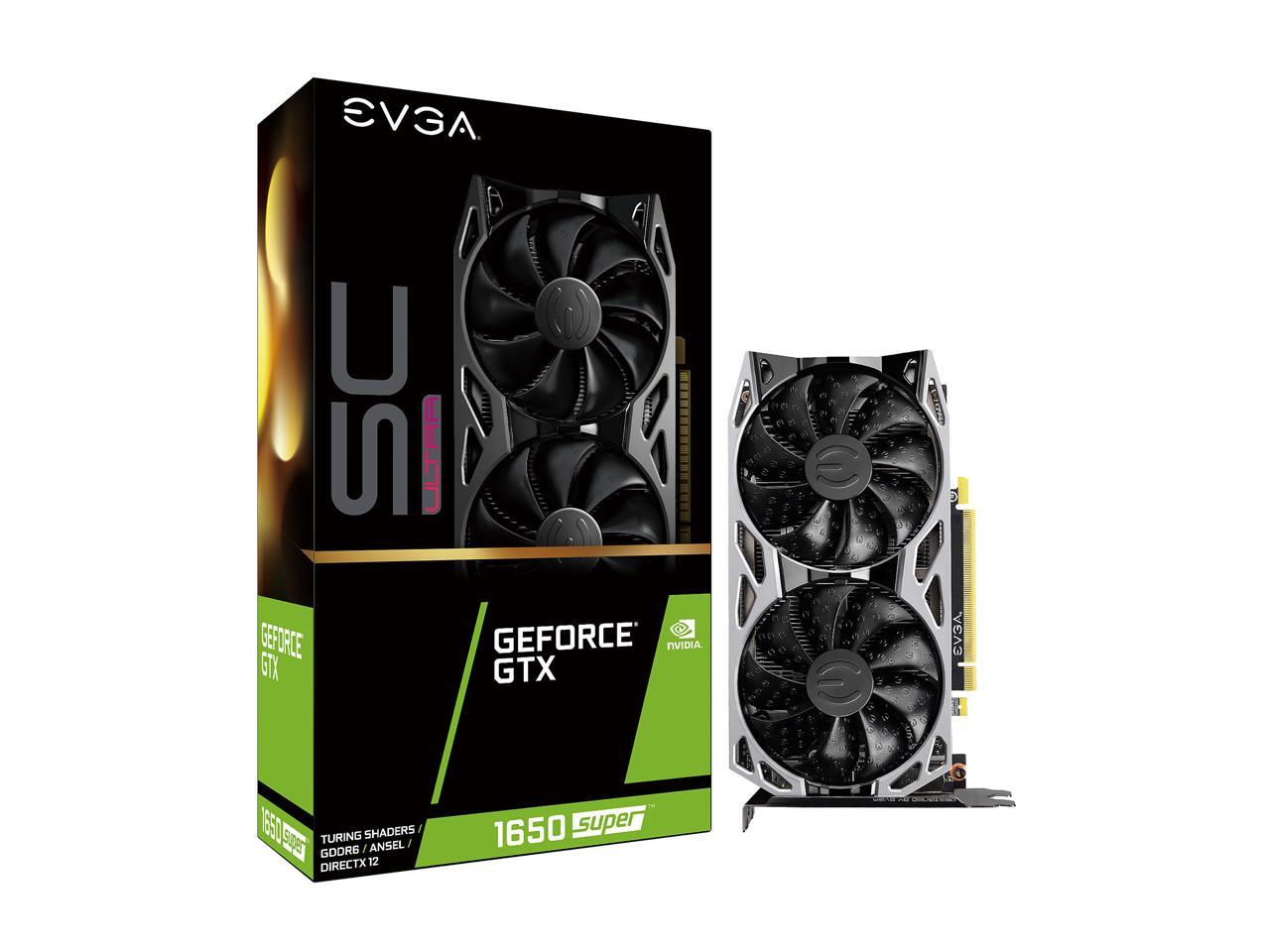 The EVGA GeForce GTX 1660 SUPER and GeForce GTX 1650 SUPER gaming cards were designed to bring the best cooling and the best overclocking to new performance levels and price points. Now the new GeForce GTX SUPER Series has ultra-fast GDDR6 memory, bringing you performance that's up to 50% faster than the original GTX 16 Series and up to 2X faster than previous-generation 10 Series GPUs.
It's time to gear up and get SUPER. The first-ever HDB fan on an EVGA graphic cards optimizes airflow, increases cooling performance, and reduces fan noise by 15% compared to the more commonly-used sleeve-bearing fans on other graphics cards. The special upraised "E" pattern on the enlarged fan allows a further reduction in noise level by 4%.

With a brand-new layout, completely new codebase, new features and more, the new EVGA Precision X1 software is faster, easier and better than ever. The EVGA GeForce GTX SUPER Series delivers the best value and the best frame rates for 1080p gaming. The new EVGA GeForce GTX 1660 SUPER is up to 20% faster than the original GTX 1660 and up to 1.5X faster than the previous-generation GTX 1060 6GB. Built with Ultra-fast GDDR6 with over 50% more memory bandwidth for high-speed gaming, and premium features like a full metal backplate, it's a supercharger for today's most popular games. When it comes to memory performance, memory type and memory speed make all the difference. With EVGA GeForce GTX 1650 SUPER gaming cards, the memory type and speed are improved and so is the performance. Expect real-world performance improvements that you can feel!

Cons: Only 4gb of memory on the card means you cant go too crazy with the quality of the game but if you're playing competitively its all good. For example on my 1000ish cad pc Cod modern warfare 2020 medium-low settings the memory usage is 2.4g, turn up the quality to high for textures and youre at 3.6gb ish.

Overall Review: For someone on a budget who doesnt need more than 1080 medium 120 fps on anything.

Overall Review: Highly recommend for starter PC enthusiasts. Comparable performance to a 1060 but its newer hardwsre and more efficient while also running at cooler temps

Pros: A powerful GPU sweetly packaged in a small form factor Beautiful backplate covers the exposed solder joints on the back of the GPU Attractive Design, HDMI and DisplayPort outputs Fast VDDR6 memory

Cons: 4GB of memory was not sufficient enough for all my endeavors yet I did find other resources that were compatible with this GPU.

Overall Review: I would recommend this Attractive GPU to any 1080p Gamer. It has rich colors, and can deliver low latency video while Gaming. Drivers are easily installed and I am currently enjoying 3640x 1600 resolution. While powerful, I would recommend the 1660TI or higher for 2k Gaming.

Cons: No cons yet. It’s performing exactly how I expected it to.

Overall Review: Upgrade from a GTX 960 from 5 years ago. My budget typically only allows me to put together mid-range builds. This seems to be a great low end to mid range card. I’ve decided to build a high end system next year after next gen Ryzens are out and the RTX 3000 series out. This is a great stop-gap card until then. Works great at 1080p but probably not enough here for 1440p. I game on a LG 1080p 144hz monitor anyway so no big deal. Can get quite a few ultra settings, many high settings, and a couple of medium settings on RDR2 @45-50fps.

Overall Review: If you’re in need of an upgrade from any of the GeForce series prior to the 1000s, it’s a great budget option.

Pros: temps stay way cooler than any other brand hands down

Overall Review: EVGA never fails, i had a evga 950 lasted me 6 years replaced it with this 1650super, i play games like black desert online,guildwars2,PoE,red dead redemption2, this 1650 super runs all these np, just dont expect FPS 280+FPS junkies, 1650 super works great with all the new games and i love it.

Pros: I like the EVGA product. Never had problem with their GPU cards. EVGA GeForce GTX 1650 Super. 4 GB memory and PCI rev-3. The card have 2 fans, very silent. Much more power full than my very hold ASUS GeForce GTX 550 Ti (2 GB). Installation went with no problem. Had to download the driver from NVIDIA. Installation of the driver package went with no problem. I have few applications that use the the GPU card as a booster by using the 1280 CUDA (192 CUDA for the old card), I saw a good acceleration of these applications. Also very important, it is PCI rev-3 compliant instead of rev-2 for my old card. Installed in a very old (2012) ASUS CM6870 with i7 rev-3 processor and 16 GB memory. So far I am very pleased with this GPU card. I do not use my PC to play games.

Overall Review: I recommand this card.

Pros: Installed easily and runs like a champion. No BSOD’s like I would get with AMD cards. Nvidia I’m now a fan boy. You Rock!!!

Overall Review: Best video card for the money. I like it so much I’m going to buy another one for my HTPC. So I guess you can say I’m voting with my money. Two thumbs up!