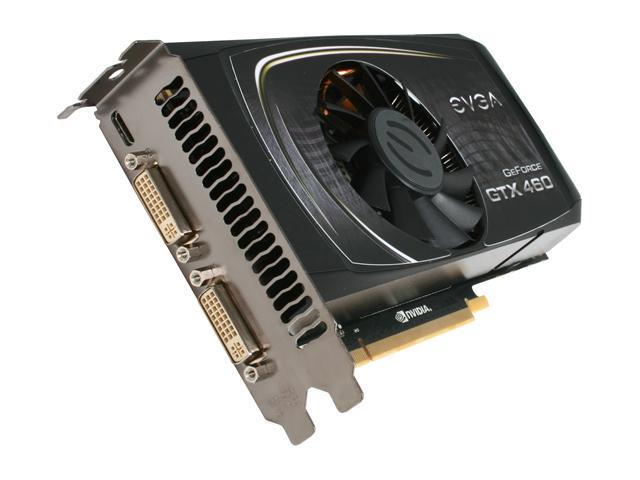 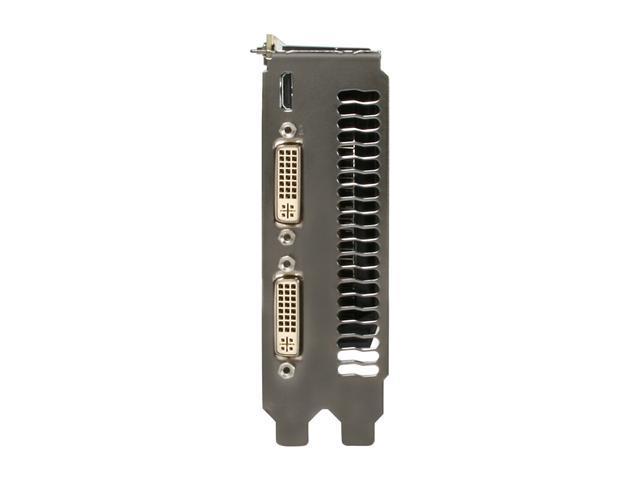 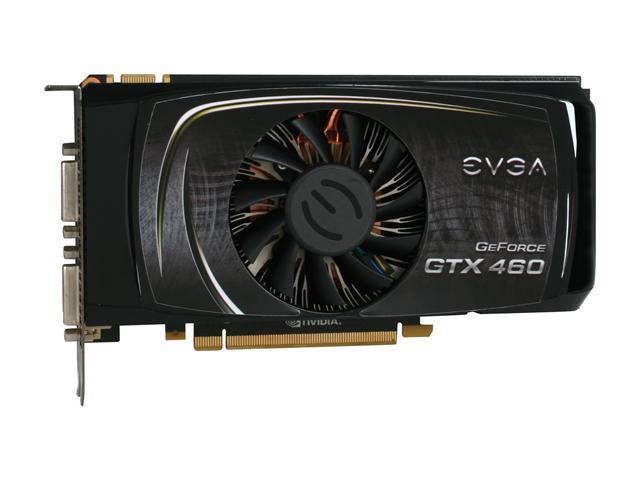 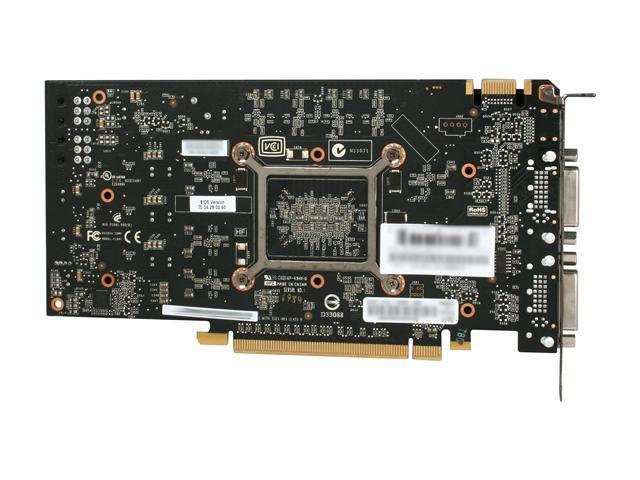 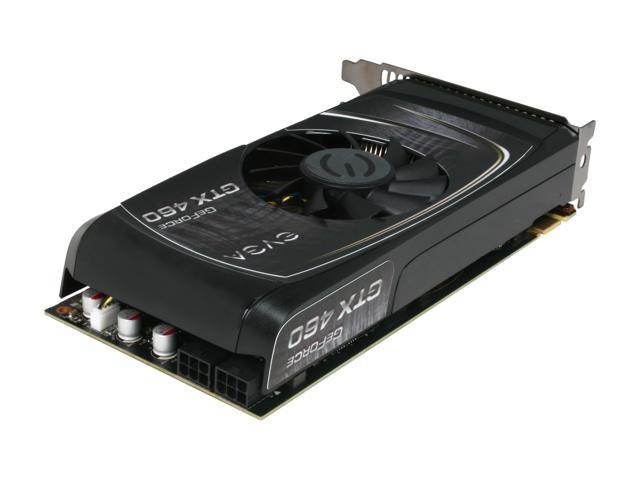 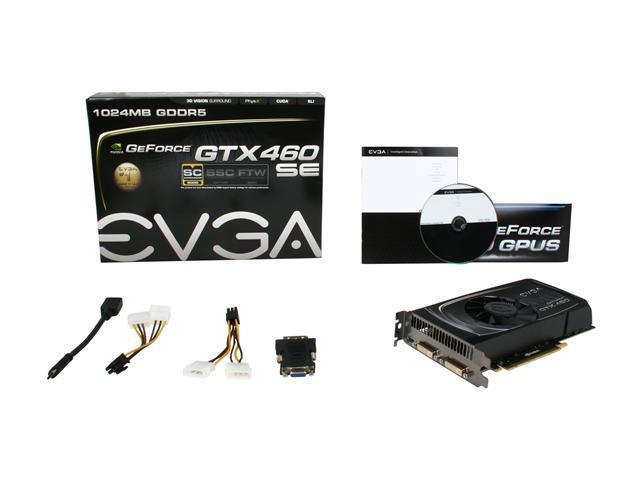 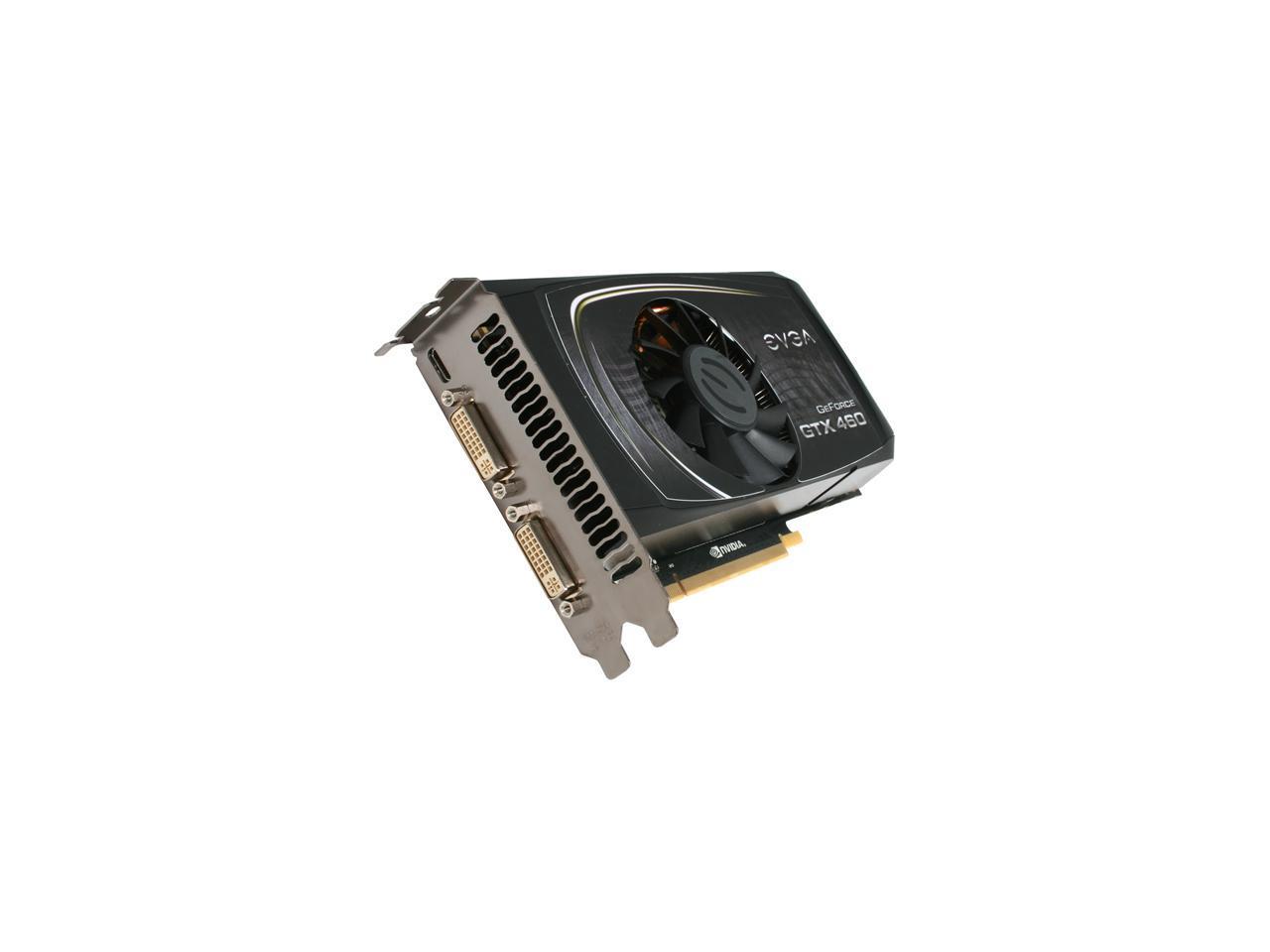 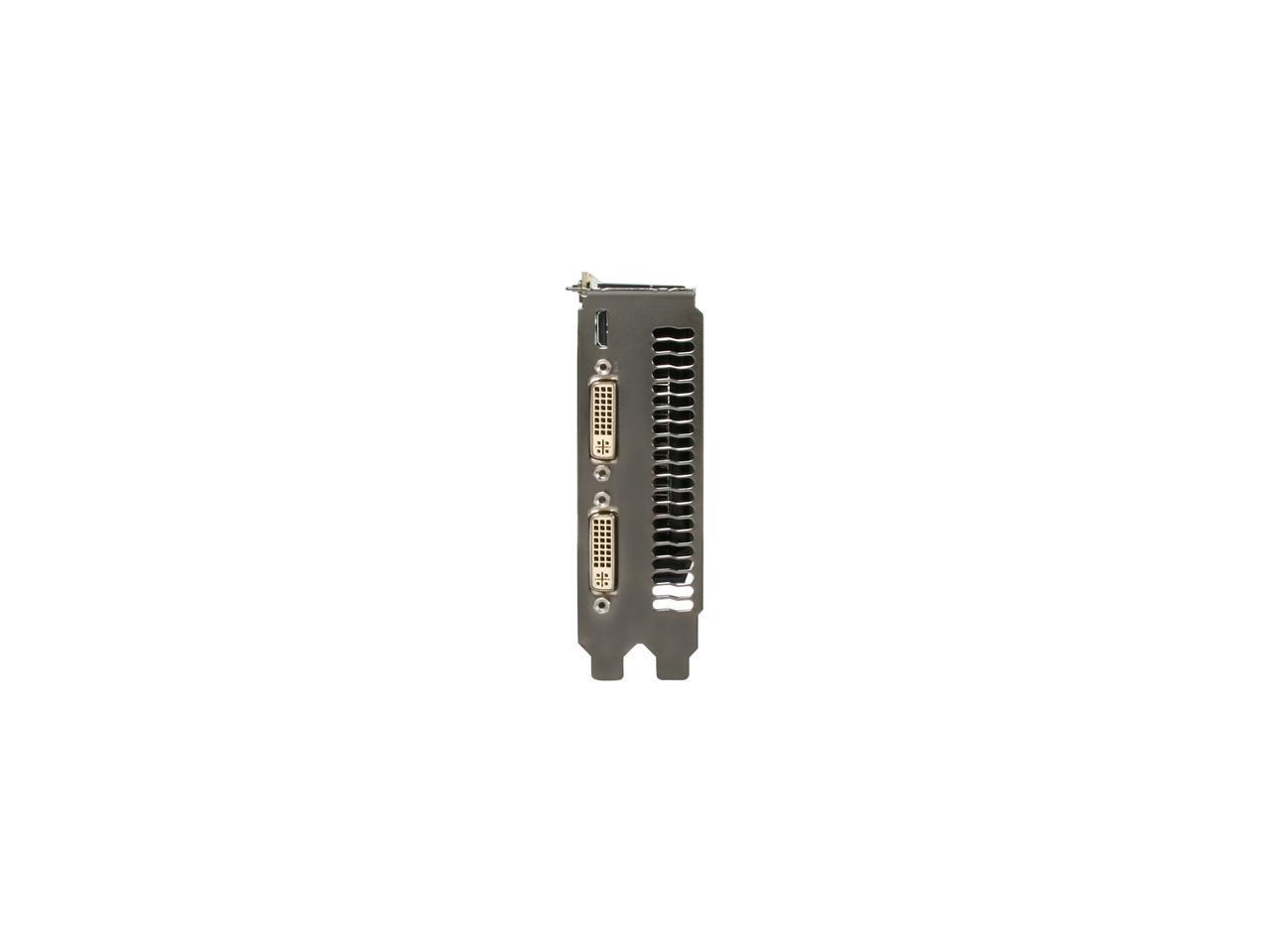 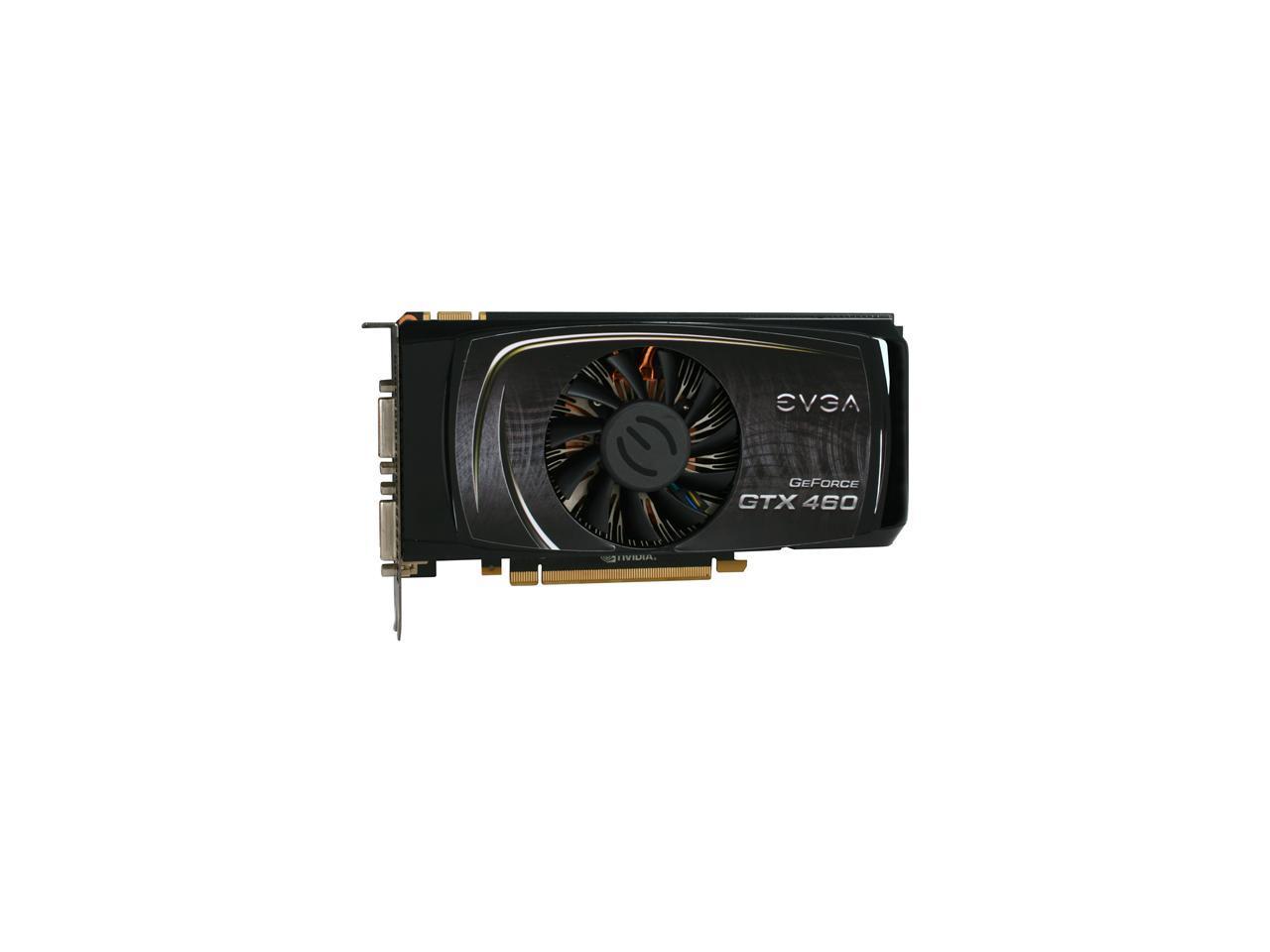 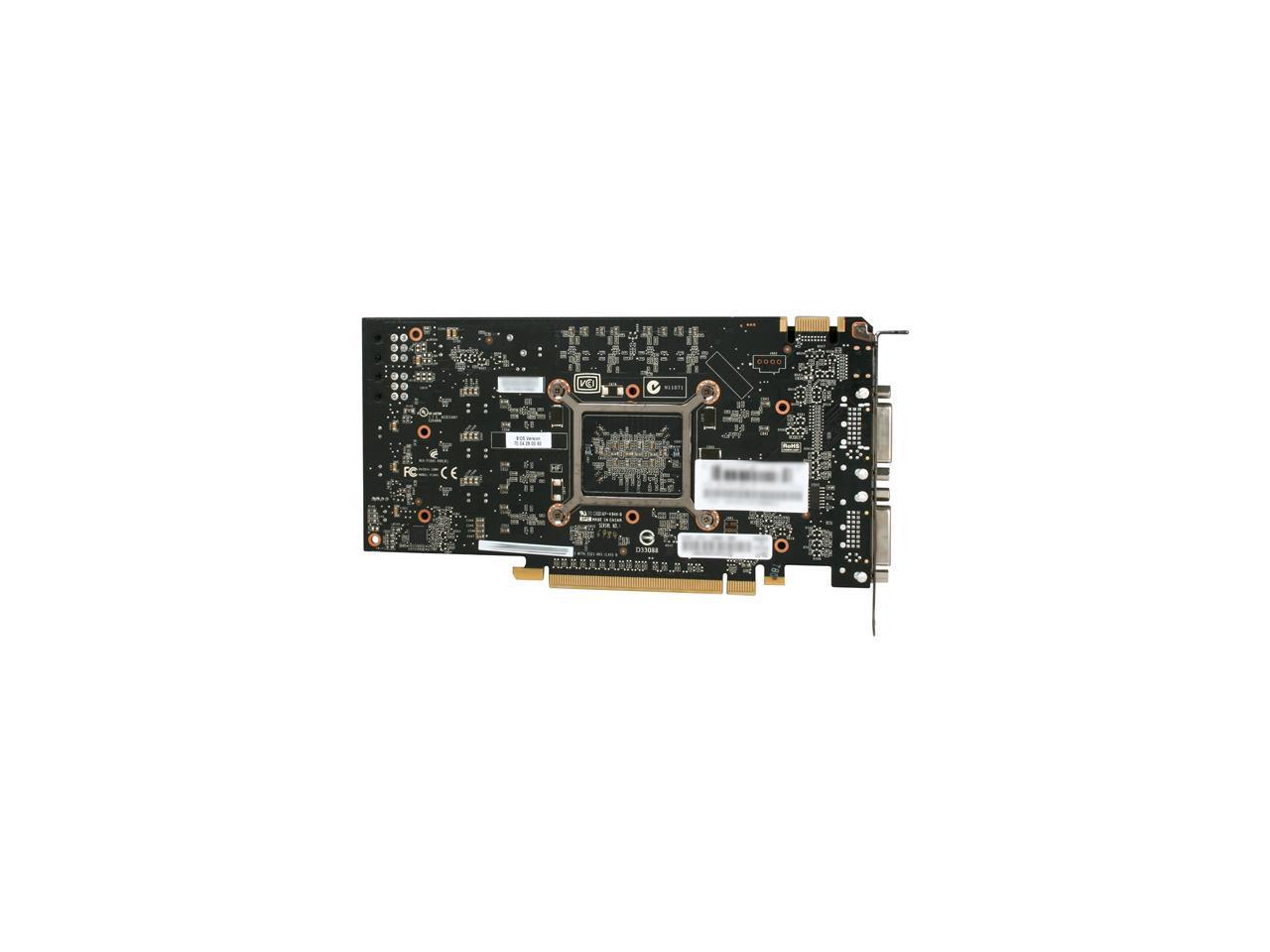 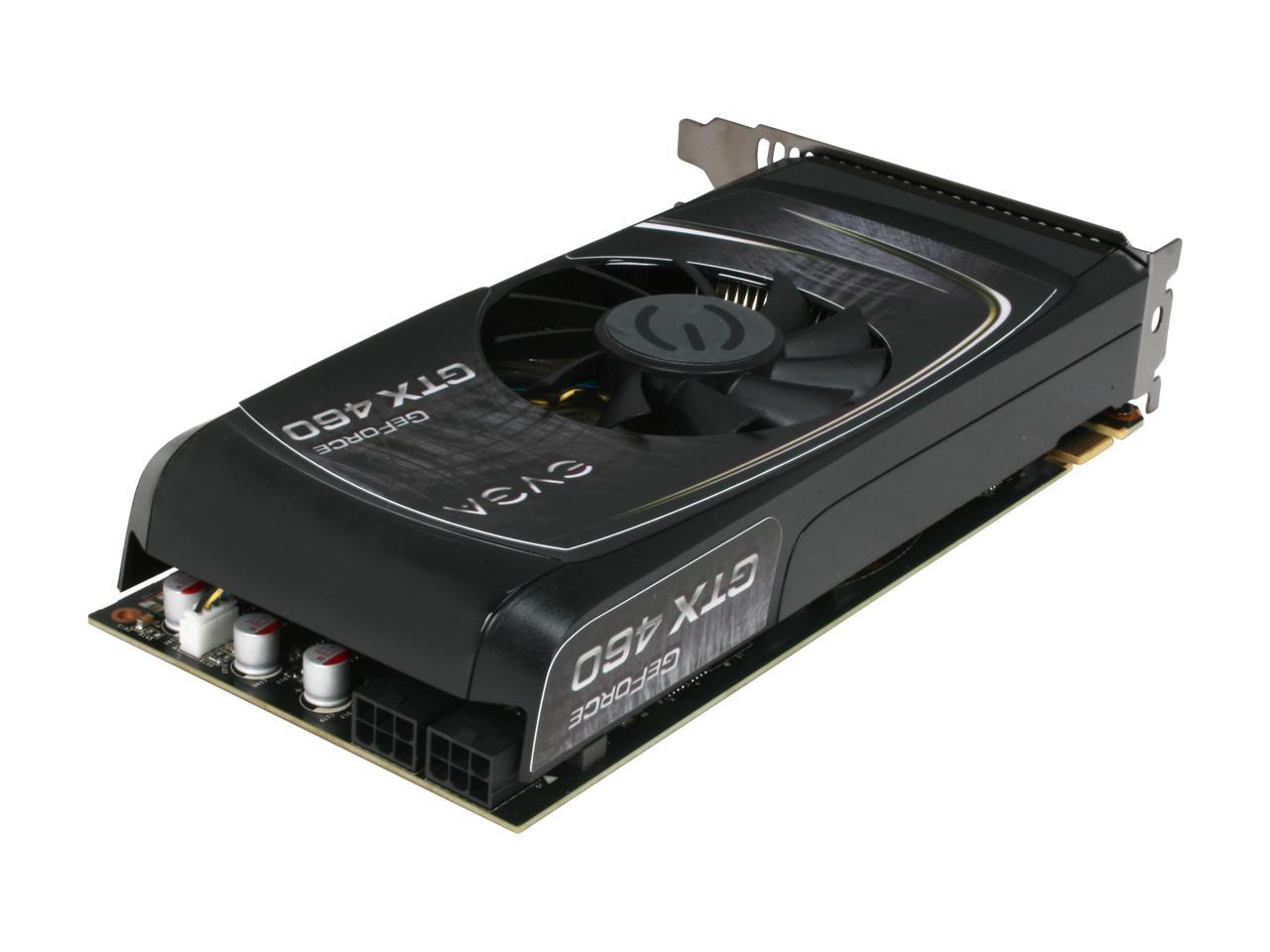 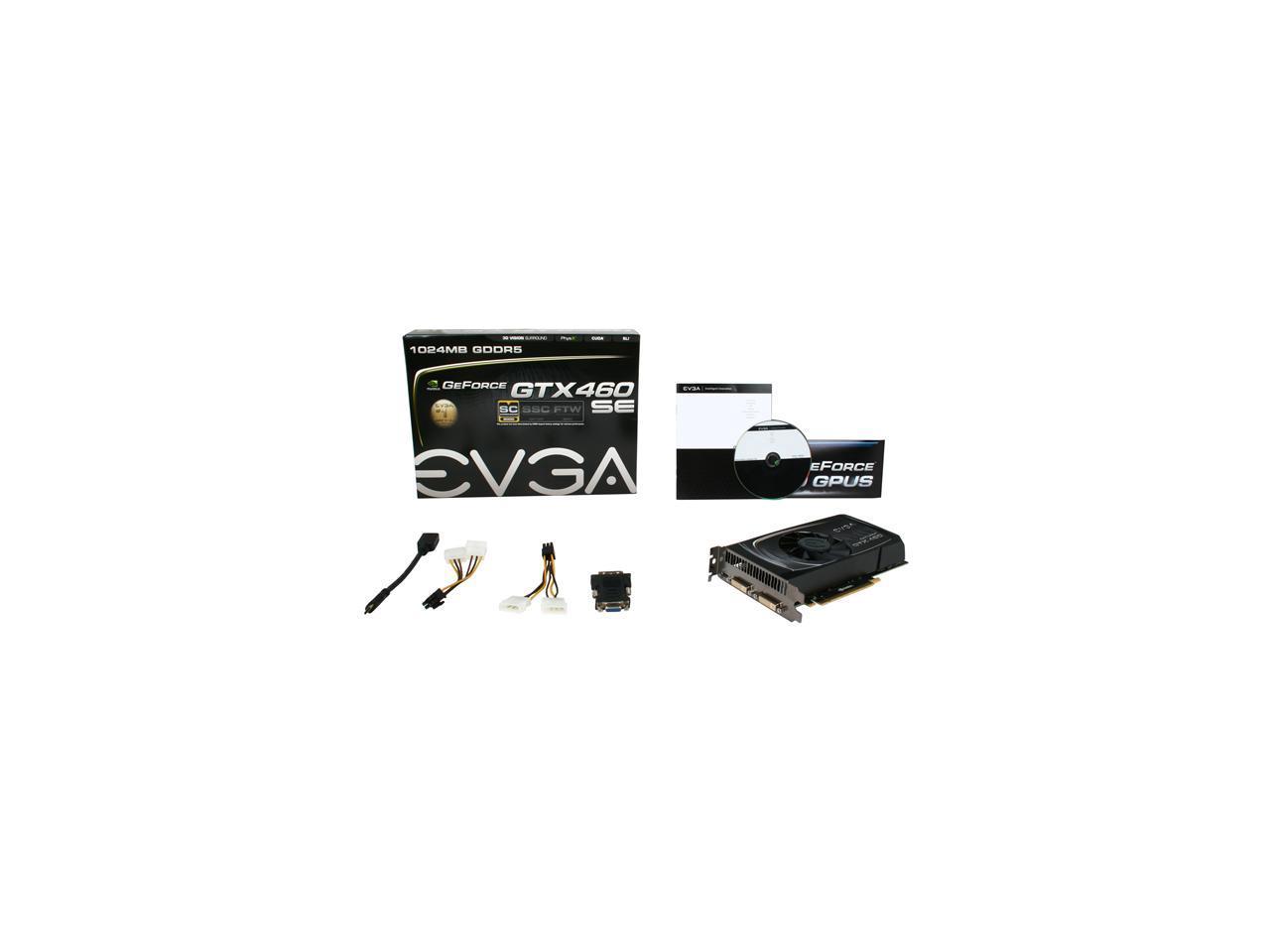 Pros: Fine performance for the price on a card that runs cool, 25c idle up to the 50's under continuous load for me. OC edition runs closer to reference performance than some people assume. And even though I've been pretty satisfied with both Geforce and Radeon cards for years, for me one "pro" of this card is not having to compromise on Physx support this time around. Currently running BF: Bad Company II, L4D2, Cryostasis highest settings@1680 res. with ease. I feel guilty for docking this great little card by one egg. People make jokes about the SE variant calling it "slow edtion" (or worse) but if you could avoid comparing it to the reference 460-GTX's you might think of it as a card that outpaces the 5770, neatly passes the 5830, is a contender with a 5850 or 6850 in quite a few games, frequently beats the GTX 460 768mb, and stays close on the heels of the stock 460-GTX 1GB , (usually within 10% or closer, especially at resolutions up to 1680x1050), but with a caveat.

Cons: Bottom line is that most users would be happier with a reference version GTX-460 1GB (preferably "AR" series if an EVGA), or even the excellent SC EE variant for very little cost beyond that. There are benchmark reviews if you google. On EVGA models "TR" means 2 year warranty vs the limited lifetime for "AR" models which don't cost much more. The factory OC on this card plus further OC potential are great but ultimately a number of GTX-460 models are available at or near this price that will have higher raw performance potential.

Overall Review: Here's the deal on "SE". What's gimped? Total number of CUDA cores & TMU's, but that's about it after factoring in the OC values. The GF104 chipset used in 460's consists of 2 GP Clusters with 4 streaming multiprocessors on each GPC. A reference GTX 460 has one of the 8 SM's is disabled. The SE variant has two disabled. This means 288 cores are in use versus the 336 in the stock 460's, and 48 texture mapping units are utilized versus the 56 on the stock models. Memory controllers aren't crippled though so this card has 32 ROP's, the same number as any 1GB 460 or 465 (more than the stock GTX 460 768mb version). At the very decent default OC settings this card frequently exceeds GTX-460 768mb performance, especially with higher resolutions where the additional memory is more utilized. Nothing wrong with this card if you get a great price, but a reference model will make more sense to most. Windows 7 64 Phenom II X4 3Ghz 4 MB DDR2 Antec EA 650 psu Nvidia drivers: 8.17.1

Pros: temps were extremely low!! 25C idling and I don't have a fancy case! crysis II demo on hardcore settings, lots of heat from the intake sucking up air from a spot heater, lowest fan speed (40%) and it just barely hit 60C!!!! came with game coupons that you just put on steam to redeem. mafia II was a great game but now I see why they gave just cause II away for free lol terrible game. mafia II crashes with physx but thats an issue with the game. shatters both benchmarks on highest settings. for the price I paid for it, it competes with other $220 cards!!! came with EVGA case badge, and a huge bumper sticker!!EVGA precision overclocking utility is SOOO easy to overclock! 720 stock clock but raise 5C and ive got it at 950mhz!

Cons: this isn't the EE model (external exaust) so although some exhaust exits through the back, some also gets blown into the case. I have the PSU flipped upside down so that isn't taking the heat from it, so its kinda putting heat into a dead space, so i got PCI expansion slot covers from an antec 1200 (ones with slots in it) and upgraded the intake and put an intake next to the PSU and solved that issue. minor tweaks and adjustments.

Cons: Fan is a bit loud at 100% but you should never be getting it that high anyways unless you do a custom fan profile.

Pros: Runs everything at a very high frame rate, stays pretty cool, and takes a good load off the cpu.

Cons: If your PSU doesnt have the 2 6 pin connectors, and you have to use the adaptors, you might as well get a new psu because its going to make a mess of cables leading to the GPU.

Pros: Runs cool. Easy to overclock with included EVGA software. Mine is stable at 1700 Mhz.

Cons: Uses a lot of power.

Pros: I have two desktop computers which previously contained the GeForce GTX 285 OC graphics cards. I purchesed two of these GTX 460 SE's for the purpose of running dual monitors on both machines (one computer now has both GTX 285's, the other has two GTX 460). These are installed non-SLI because my Mo board is a Asus P5E which doesn't support SLI (an SLI board is a future upgrade). So far the video card works like a dream. I've loaded up two instances of World Of Warcraft: Cataclysm on each monitor and ran them simultaneously. With graphics maxed out, both monitors were pushing 60-70 FPS. This card is about 1/3 smaller than the GTX 285, which is nice to have more room to run power cables inside the case. Computer Specs: Mo-Board: Asus P5e CPU: Intel Quad Core Socket 775 Memory: 4GB DDR2 1600/1333 Power: Coirsair 750W Video: GTX 285 x2 / GTX 460 x2 w/ dual 22" monitors

Overall Review: I haven't tried overclocking this card yet, but i'm sure this card could put out some serious graphics OC'd, and for the price, it will make you so proud, you may even shed a tear!

Pros: A great upgrade with a great rebate. The bonus software is a total plus.

Overall Review: Newegg is again the best online store to deal with. This deal is a no brainer is you have an older computer that you want to put new life into without breaking the bank. Thanks Newegg.