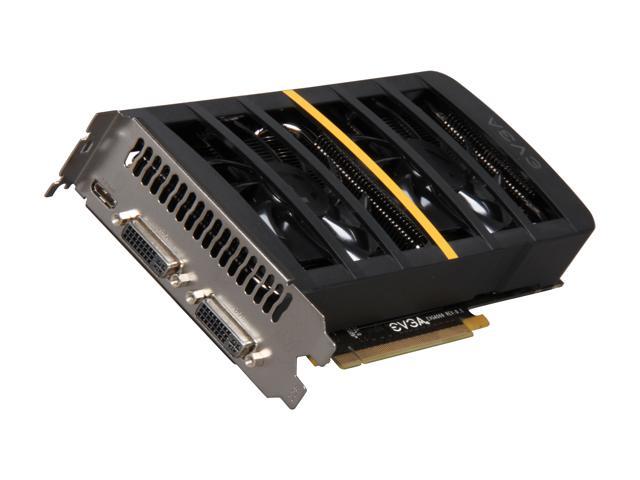 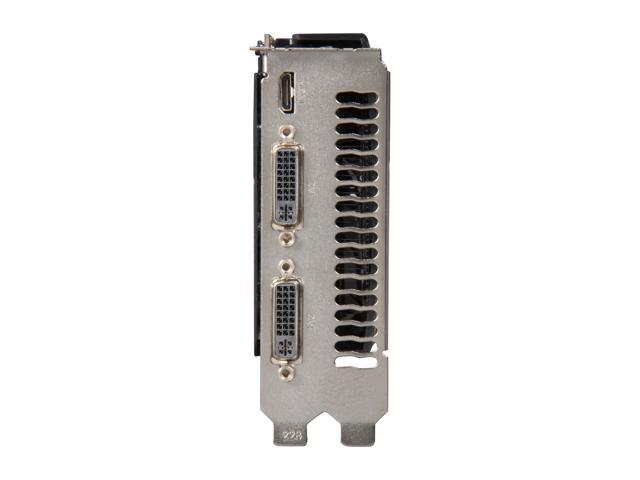 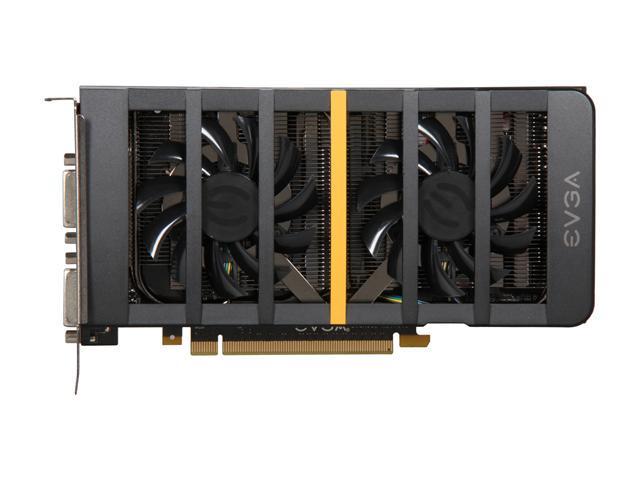 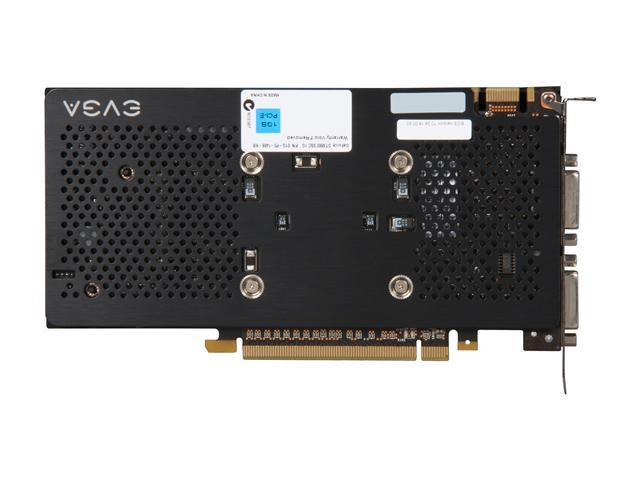 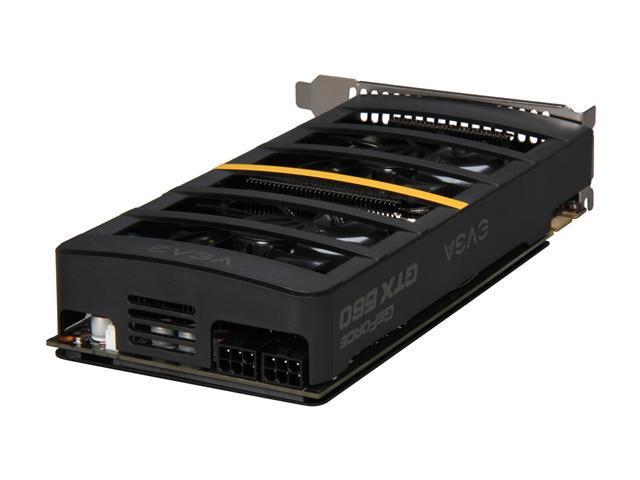 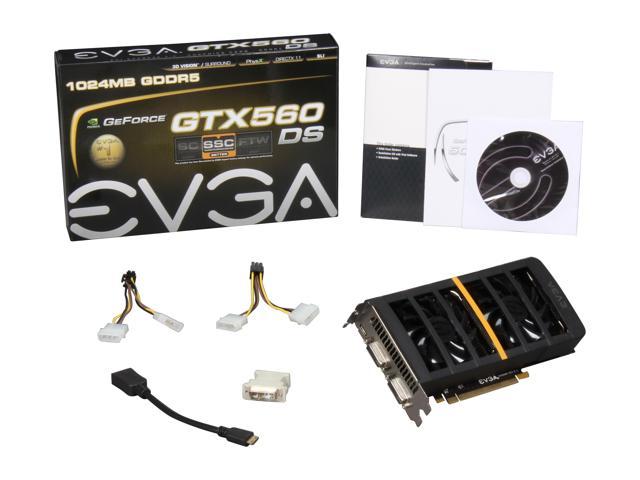 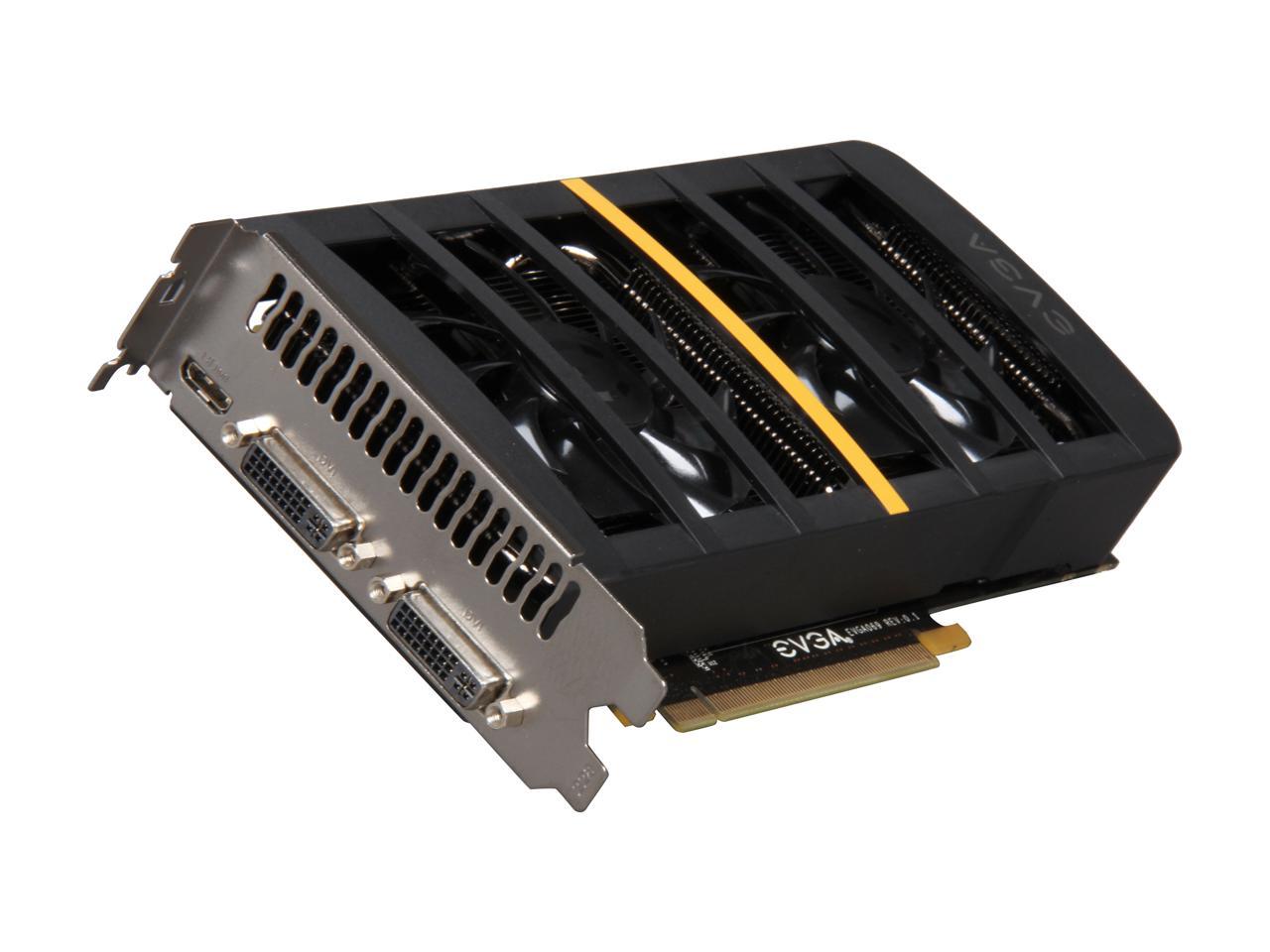 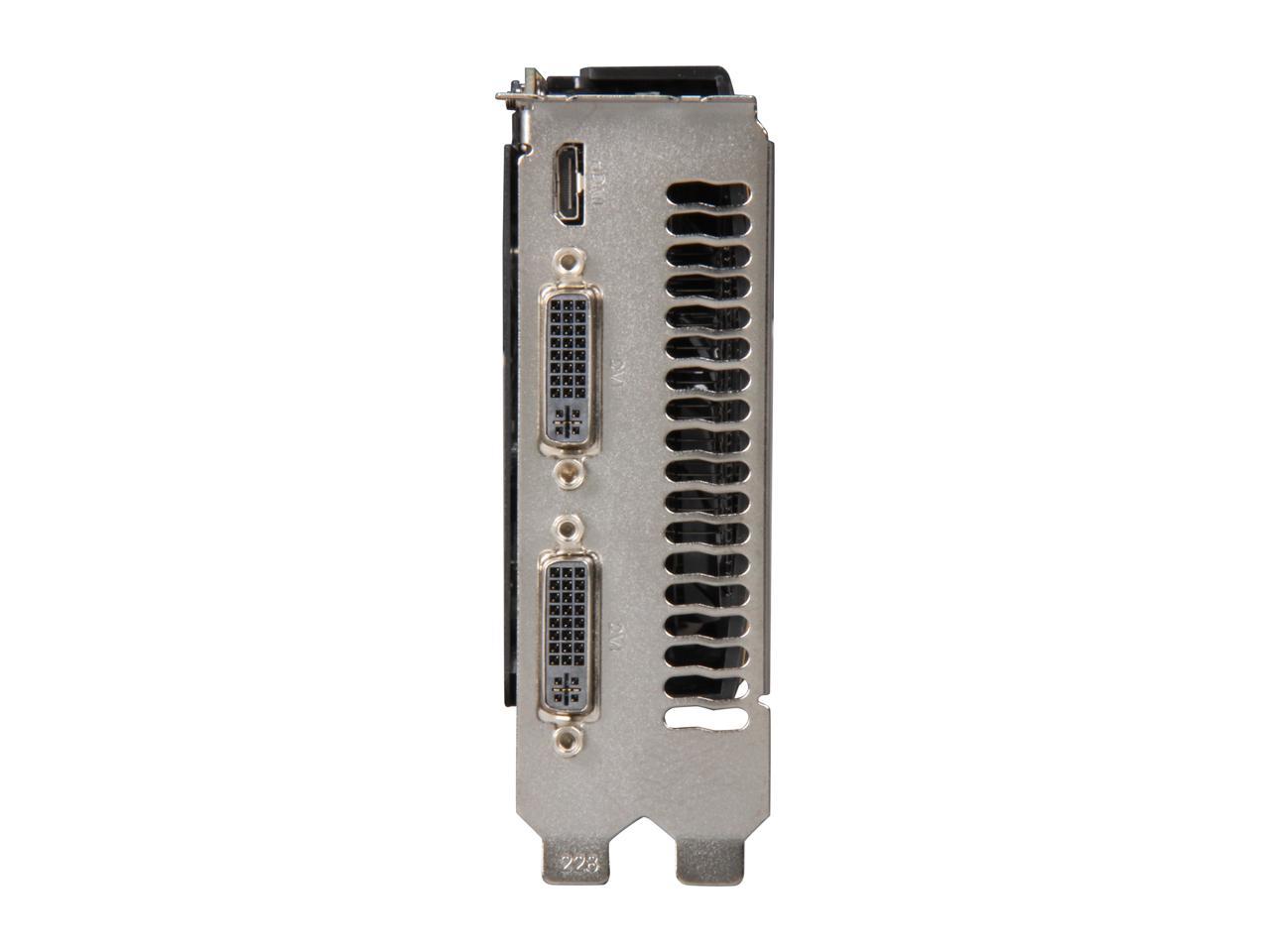 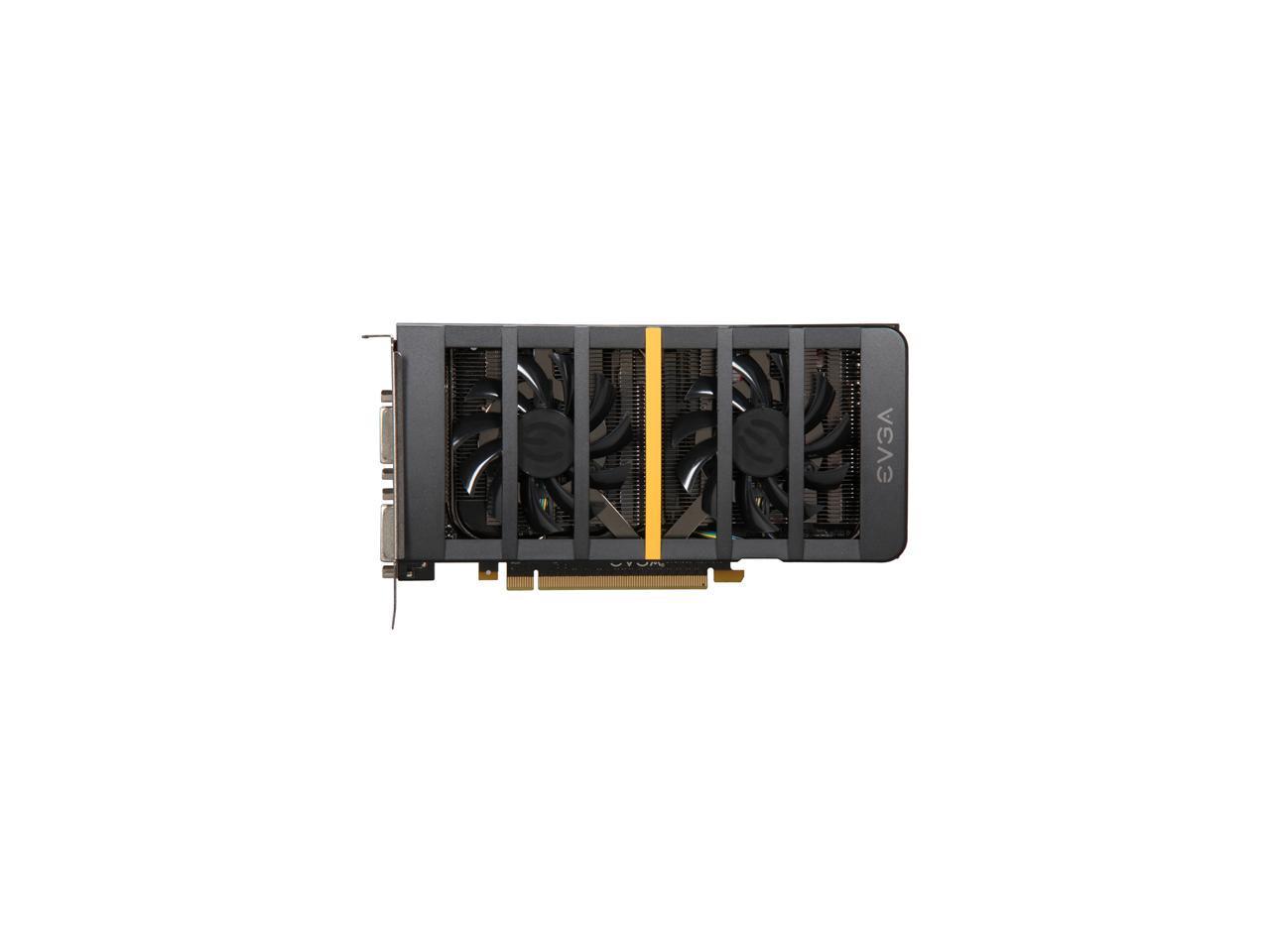 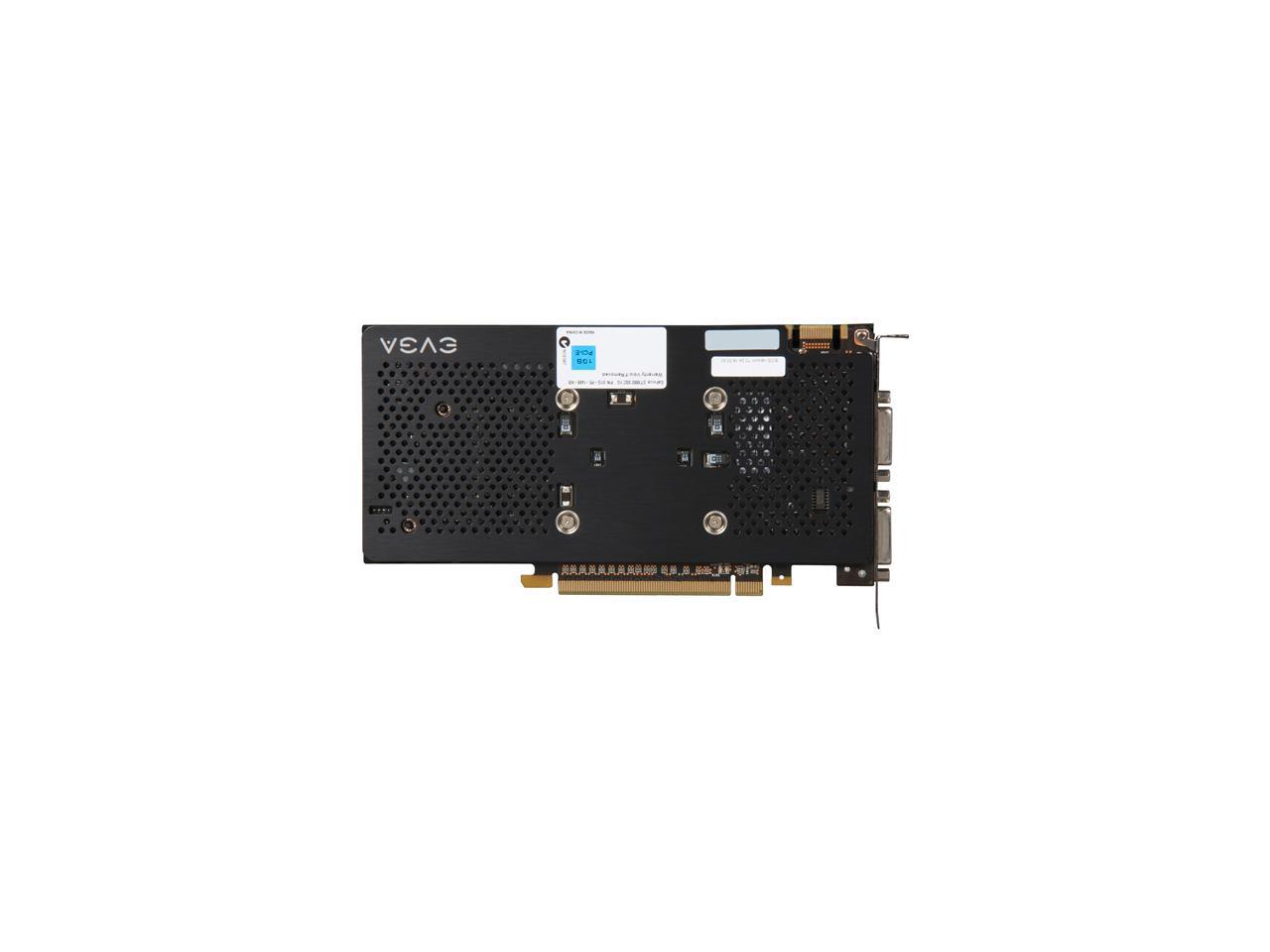 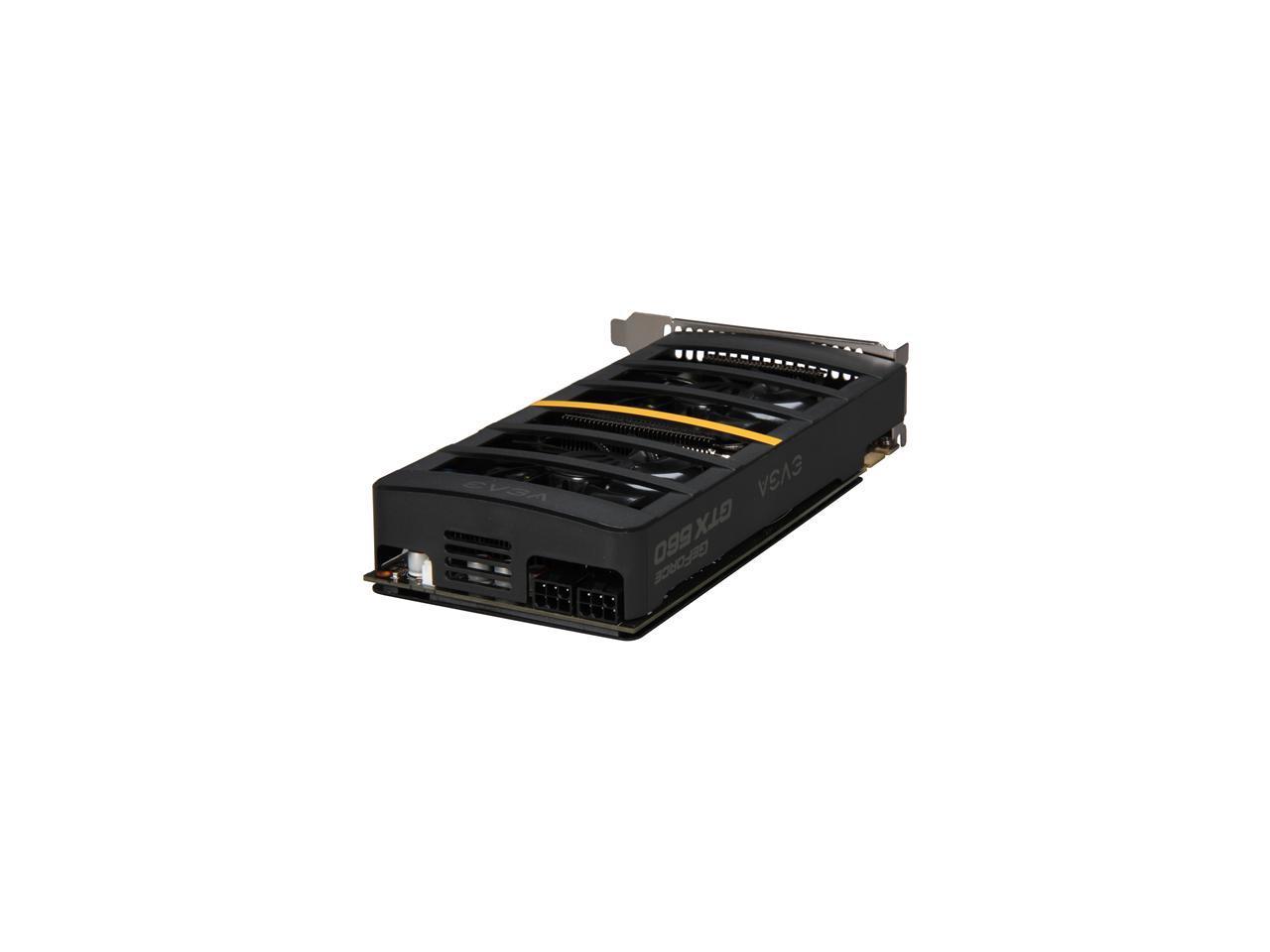 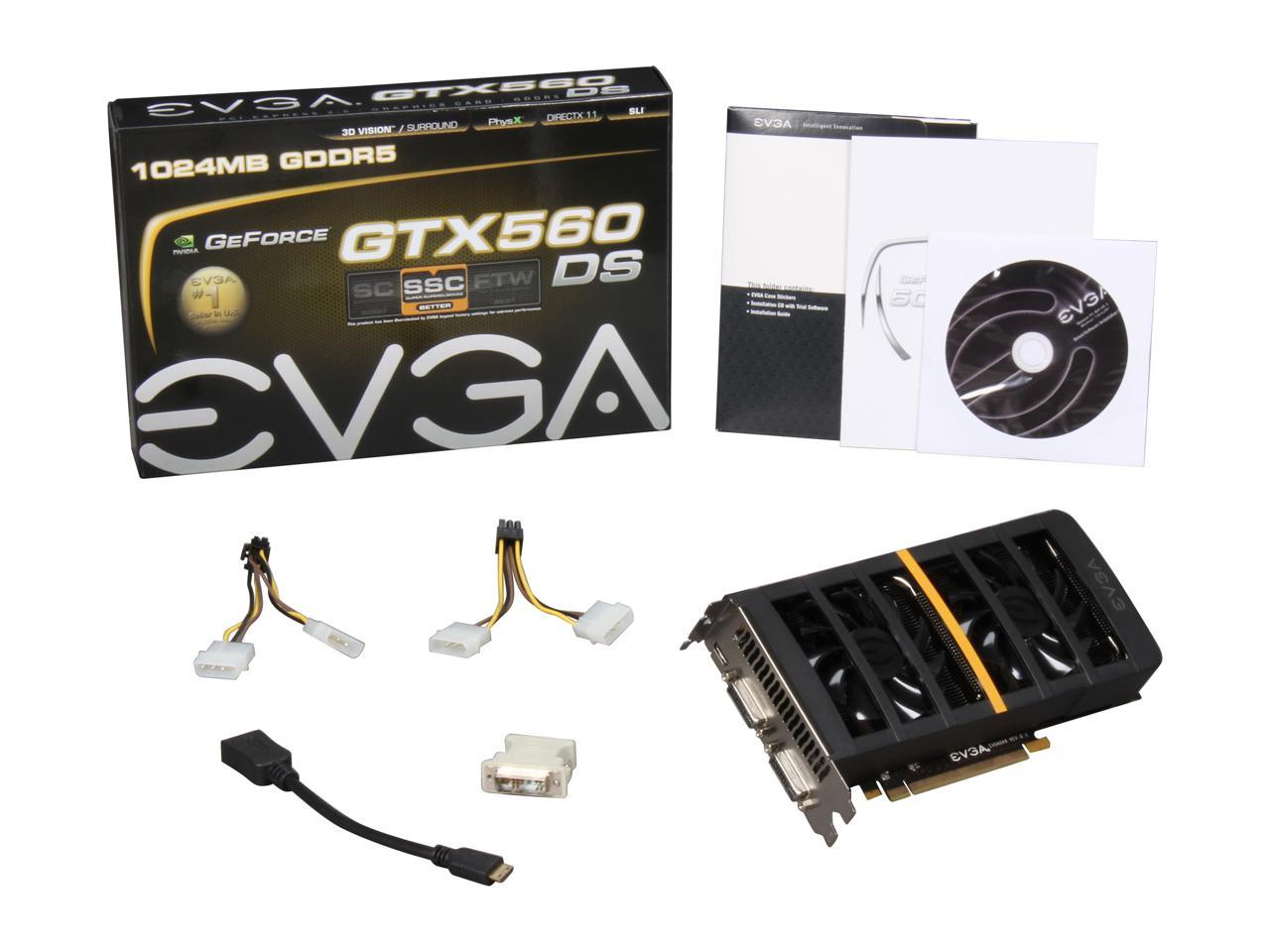 (33) Write a Review
In stock.
Ships from United States.
Most customers receive within 2-8 days.
Overview
Specs
Reviews
Looking for a next generation DirectX 11 card that has hard hitting graphics performance, but isn't hard hitting on your wallet? Look no further than the EVGA GeForce GTX 560. This card allows you to discover the incredibly detailed DirectX 11 worlds, with tessellation performance that destroys the competition. Get your PC ready to dominate this year’s blockbuster game titles like Duke Nukem Forever and Crysis 2!
Performance is not the end of the story though. With full DirectX 11 support done right that blows away the competition, NVIDIA 3D Vision, NVIDIA Surround Gaming, NVIDIA PhysX and award winning EVGA support give you the edge on your opponents and peace of mind on your hardware. Get an immersive experience today with the EVGA GeForce GTX 560.

Pros: If youve been pricing video cards then you know what they cost and how hard it is to decide on something, and when the price is something you have to think about you cant go wrong with these cards. I really have no complaints with these, these baby's cook. Plenty of overclock room and run like a dream, and I'm runnin 2 in sli [keep in mind with these cards you can only run 2 way sli there made that way so if you want more, 3 way or 4 way, you need to go a different way.Also I ordered cards at noon on a wednesday and had them by 3 on thursday next day with next day shipping, to say the least I was very happy. [Ya cost a little but do you really want your 500 dollar investment bouncing around the mail for a week or whatever?

Cons: Yes as said before by other people they are a little loud but only when youre pushing them, and there not as loud as my GTX 9800's that I replaced. But keep in mind your cooling a top end card with air, so if noise is really gonna bug you then go water, but I promise you wont be unhappy with these cards for the money.

Overall Review: I spent weeks and had prob 30 bookmarks of cards from other manufacturers ect. And I combed over them for a month and went with these. The only other cards I considered was the ASUS 560's very nice cards also.

Pros: Super fast card that maxes out everything I throw at it. I haven't tried BF3 yet but it's on the list eventually. Maybe I'll update then. Comes with awesome software from EVGA that lets you mod almost every firmware based aspect of the card (fan curves, frequencies (No need to mess with voltages though since it auto-volts everything), you can set alarms if anything goes out of a certain range--- the list goes on.) The card is overclocked from the factory to 900MHz. I've found that even a 50MHz change will net you about 7-10 FPS, so if you really need that extra boost you have a little bit of room to. Just keep in mind that that extra 50MHz will cost you about 5C of temperature, so watch for overheating if you mess around with it.

Cons: Fans are LOUD! if the card starts to get hot. I have my fan curve set to an exponential style curve, so it increases the fans faster as it gets hotter. Keeps it pretty quiet until it hits about 80C and then it ramps way up. Tiny fans (80mm I think) running at 4400 RPM are LOUD! The card runs hot overall I think. My roommate has a GTX 460 from MSI with the twin frozr design and his hits only 60C tops, but this card will easily top 95C if you're running Furmark. Gaming only hits about 75-80 tops but then again I haven't done much uber powerful gaming on it yet.

Overall Review: Runs really quiet at idle; basically no fan noise. Idles around 35-40C. The card definitely looks cool in my case. When the fans ramp up it is indeed loud, however it's not super high pitched, more of just a really loud whooshing noise (2x11 blades running at 4400RPM)

Pros: Have two in SLI, can't say enough good things about them. Just plain awesomeness, all my games play silky smooth on any LCD or TV I play on. Diablo 3 looks fantastic, Skyrim just looks amazing. No disapointments here at all.

Cons: None as of this review! But they do run on the warm side, good ventilation IS a must.

Overall Review: Was going to build a new 3.0 PC with a 680 but decided to wait & buy another and SLI these, glad I did. No need to upgrade as of yet. probably when Win 8 is released. As for the fan noise everybody is talking about, it's not bad for having two so close together & my PC is a mATX desktop, mindyou!. Definitely a great buy.

Pros: Got the Card as an Upgrade from a EVGA 9800 GTX+. This card is great. Even though it's a SSC edition, It's STILL very overclockable. I Like the dual fans, and large heatsink with heatpiping. Large slots over the fans make it easier to clean the fan blades without taking it apart. Has no problem running high end games at high graphics. I can play Diablo 3, and most of my favorite games at 16X AA smooth! As for heat, it stays quite cool with the 2X 4100+ rpm fans.

Cons: Thin black piece covering the back of the board is not a heat spreader, It's a piece of plastic for some reason. Could have designed the airflow to transfer the heat out the back of the second expansion slot vent holes a little better. The air blasting out from under the small gaps under the plastic shielding is hotter then the air coming out the back. This could make for an issue for people with O.E.M. Computers, or smaller cases with less airflow. I don't Mind it cause I have a huge case with tons of fans.

Overall Review: A lot of people complaining about the noise of the Fans. At max rpm, they are loud. Something similar to a hair dryer or a vacuum cleaner. With a case that has good air flow, and pushing high graphics with 16X AA and over 80% GPU usage (most of the time)... I can keep it under 70 degrees celsius with the fans at 65%. This is just a pinch louder then my case fans. Either way, loud fans is the cost of Performance. If you don't like it, Go Liquid.

Overall Review: Witcher 2 made me want to upgrade from my trusty Radeon HD 4890, which handled admirably if I cut things down to Medium, but didn't take full advantage of the 63" Samsung plasma that doubles as my monitor. This card runs Witcher 2 as smoothly as the 560Ti I tried. I have not tried Crysis 2 w/ DX11 patch yet. I say it gets loud, but that's mostly my fault as my build is in a cramped microATX HTPC case and in a little corner with no real air flow. Still... it's kind of loud. High-pitched. I tried a single-fan GTX 560Ti that was a lot quieter. I thought more fans would lighten the load on each and lower the volume. CPU: Intel Core i7-920 @ 3.3 HSF: Scythe Big Shuriken MOBO: MSI X58M RAM: (12GB) 2GB Kingston DDR3-1333 x6 GPU: The one on this page PSU: 700W OCZ ModXStream Pro MON: Samsung PN63C7000 ODD: LG Blu-ray GBC-H20L HDD: Samsung SpinPoint F3 2TB OS: Windows 7 Ultimate x64 OS HDD: (160GB) Intel X-25 80GB x2 RAID-0 Tuner: Hauppauge HVR-2250 Case: Antec Fusion Remote

Pros: You can read the reviews about the 560's all over the net. It plays what I want it to with respectable frame rates (Borderlands 2 is looking very nice).

Cons: The mini hdmi port is a little aggravating seeing as I have to get a new hdmi cable now but other than that I have no problems yet. The fan speed automation is screwy, see the other thoughts.

Overall Review: As I got into graphics intensive operations, I noticed the fan speed did not change. After testing and logging temps/fan speed, I realized the fan speed was not changing at all. I made sure my Precision X was the latest version and then I tinkered with the fan speed automation settings. Despite the fact the "auto" button was checked, I still had to go into the advanced settings and turn on the fan automation. I also changed the temp/fan speed curve a bit. It started to work properly after I applied these new settings. Be aware that this exists, you need to turn it on, and it is probably best to edit the settings to your liking.

Pros: Good card, quieter and smaller than my previous 9800gtx+. No heating issues in my midsized box. Good prompt service from Newegg.

Cons: As another reviewer wrote, you do need some techie know how as you have to set your own fan speed but it`s easy enough. The disc it came with was all scratched up and my computer would not recognize it. I downloaded the latest drivers and Precision X off the internet easy enough but I don`t know what else was available on the disc. Minus 1 egg for the bad disc and fan maintenance.

Overall Review: Some other joker said it it was loud as a vacuum or a hair dryer. what a goof. EVGA used to have lifetime warranty, now 3 years only.

Pros: I was originally going to get the 550 ti, but after reading around I decided to go with this for my budget build. It works like a charm. I play on 1600x900, and I can easily max settings on Tribes and Skyrim and still get around 70 fps.

Cons: Fans are a little small and probably don't move a whole lot of air, but there are two, they're quiet, and airflow isn't a problem for my case.

Overall Review: great card, evga has yet to disappoint me at all, and it was nice to get a factory OC'ed card since i'm never comfortable overclocking a gpu.