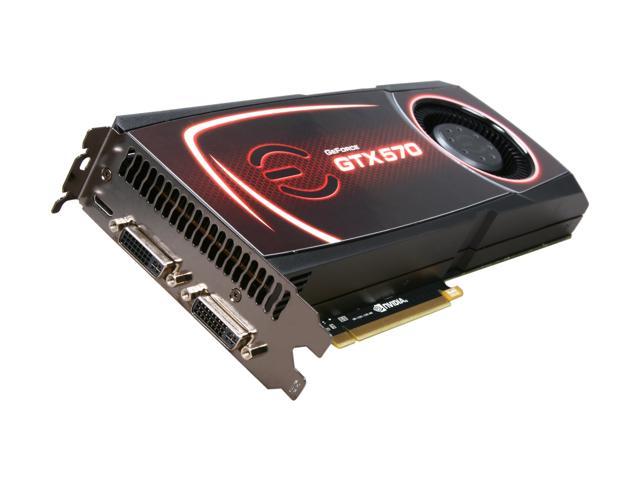 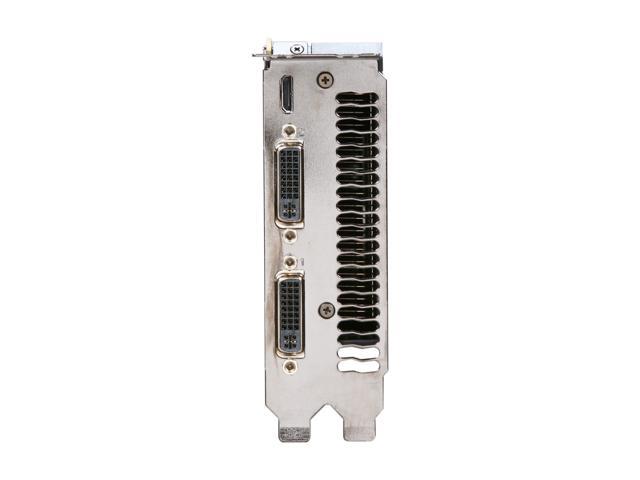 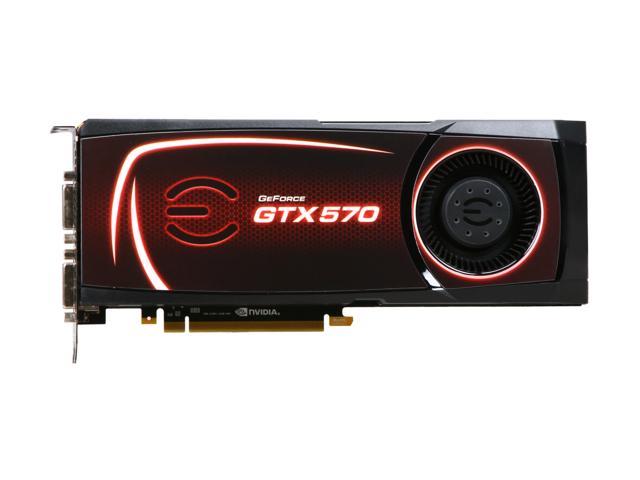 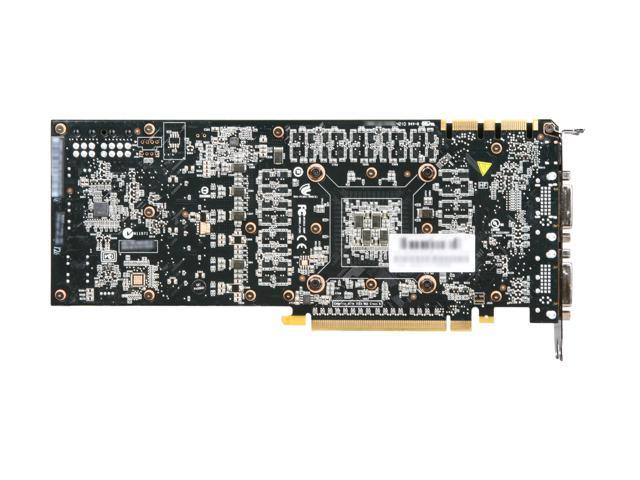 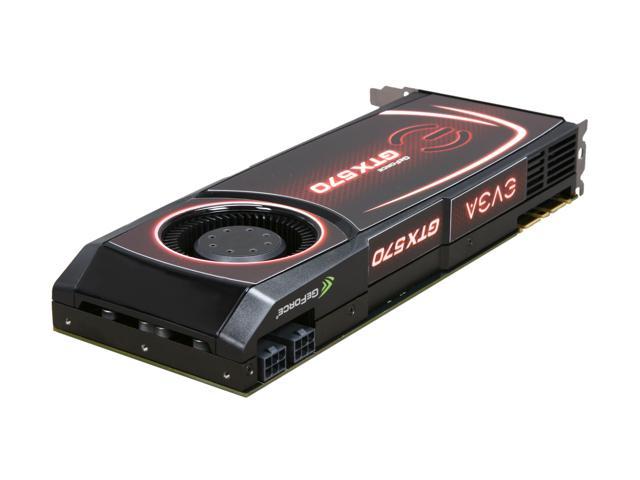 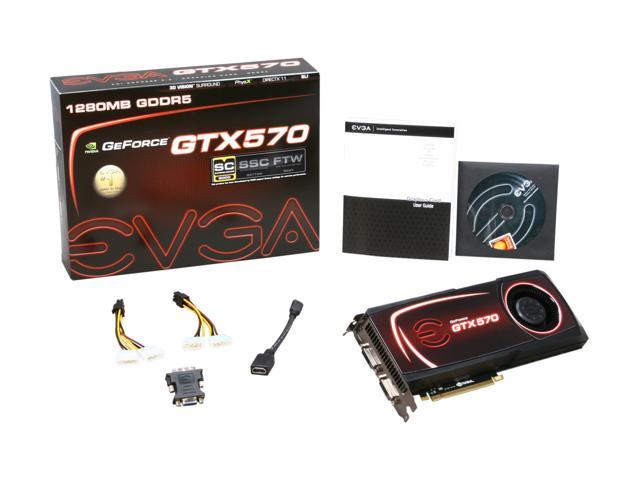 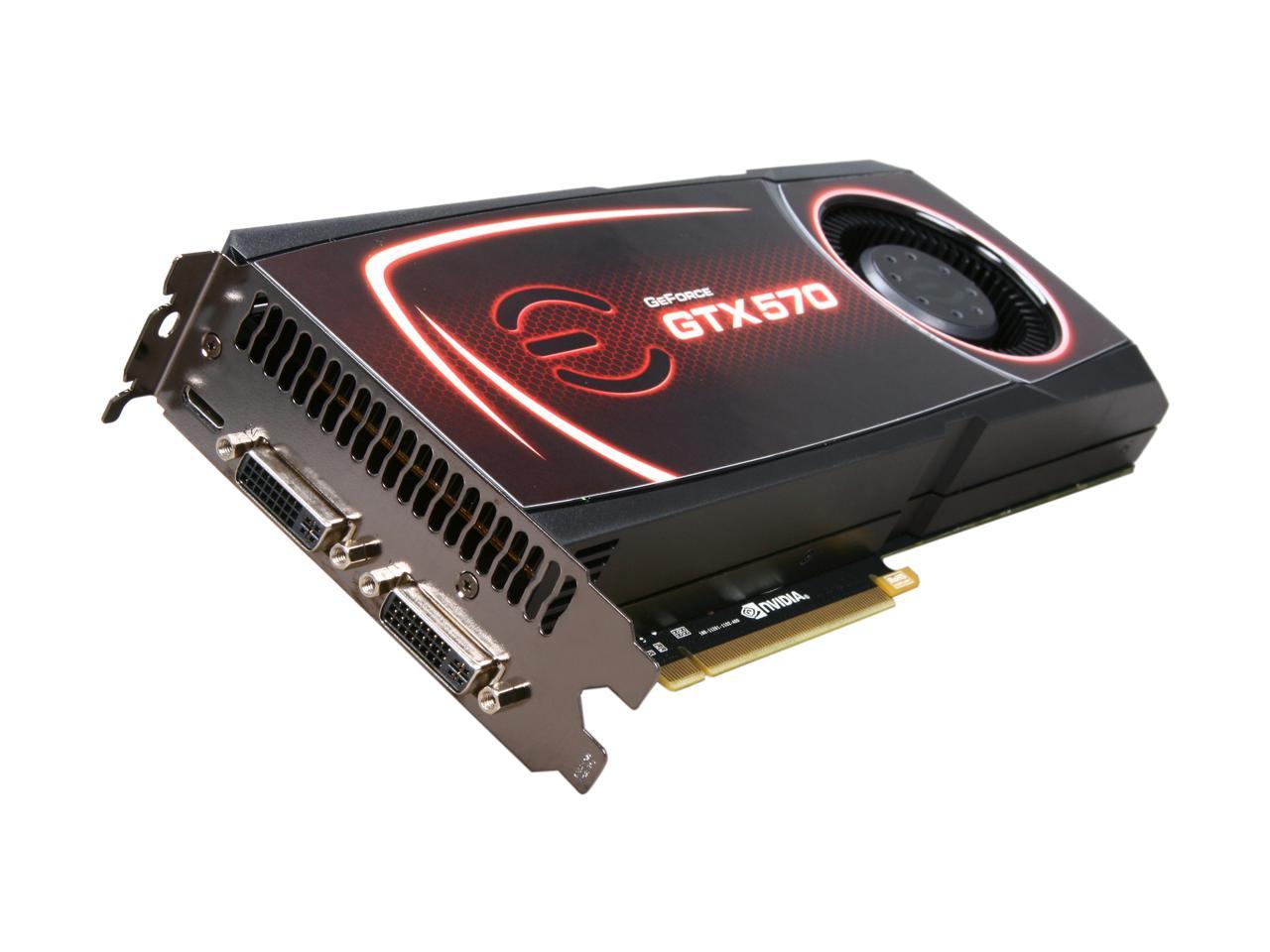 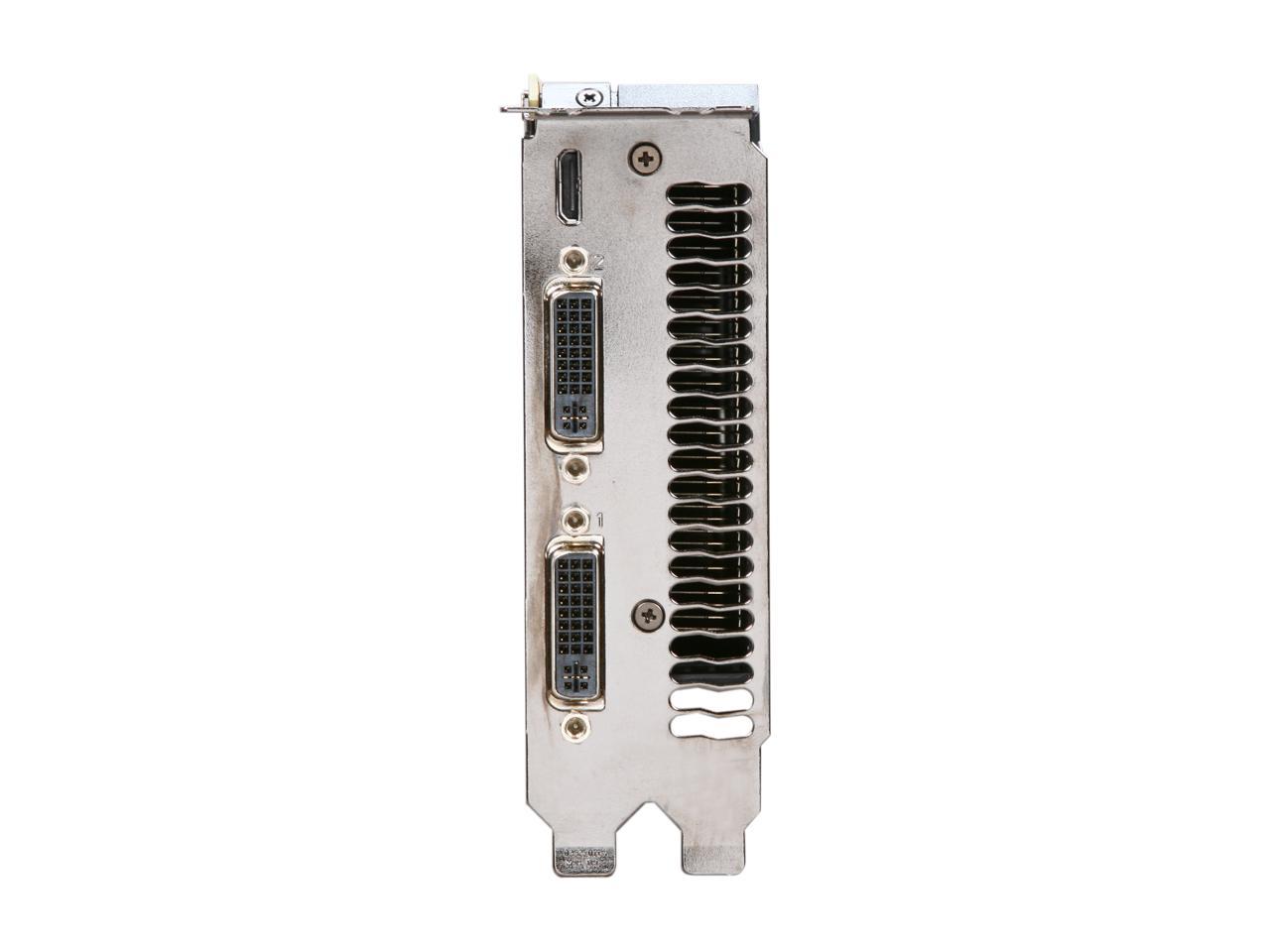 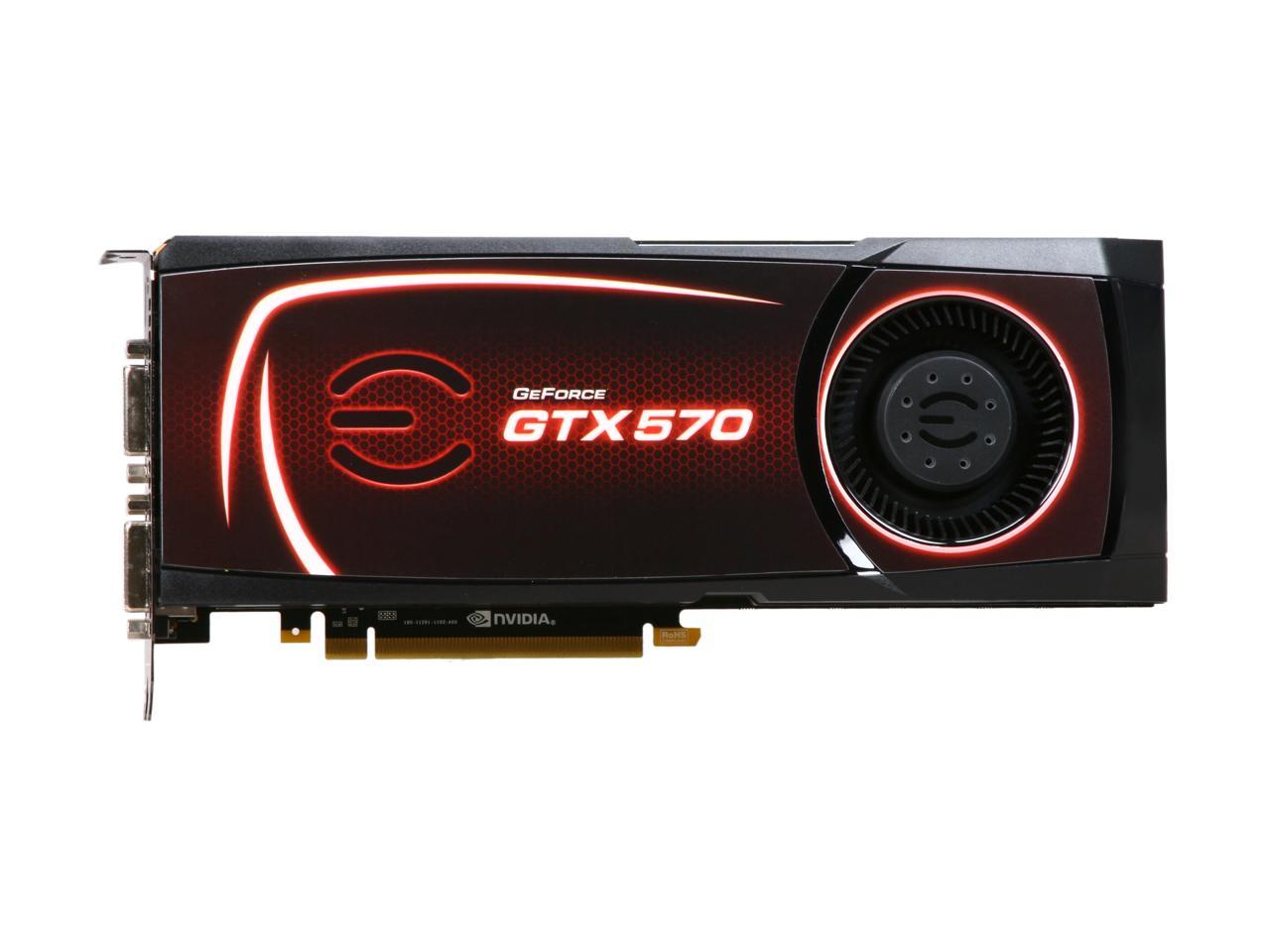 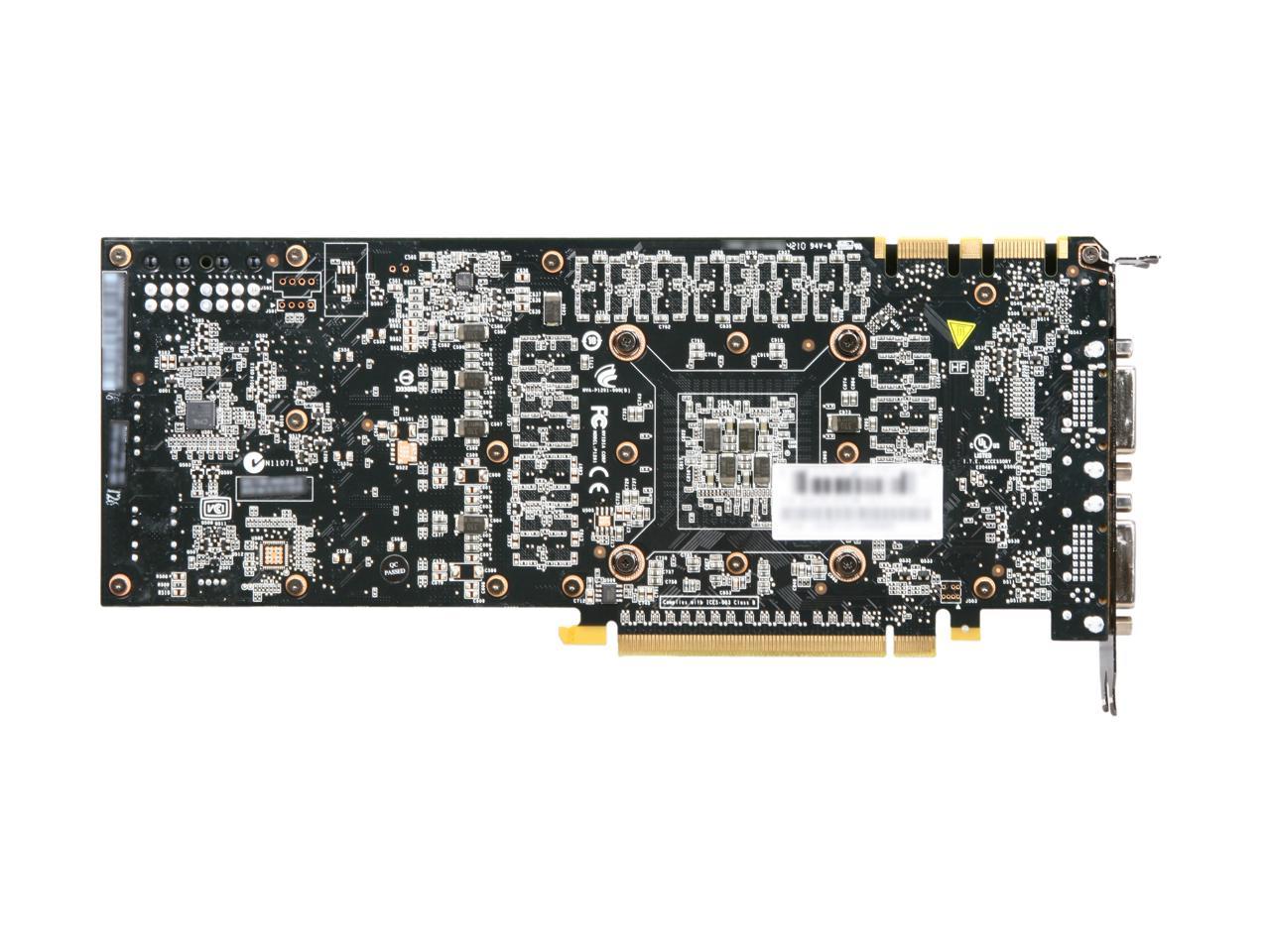 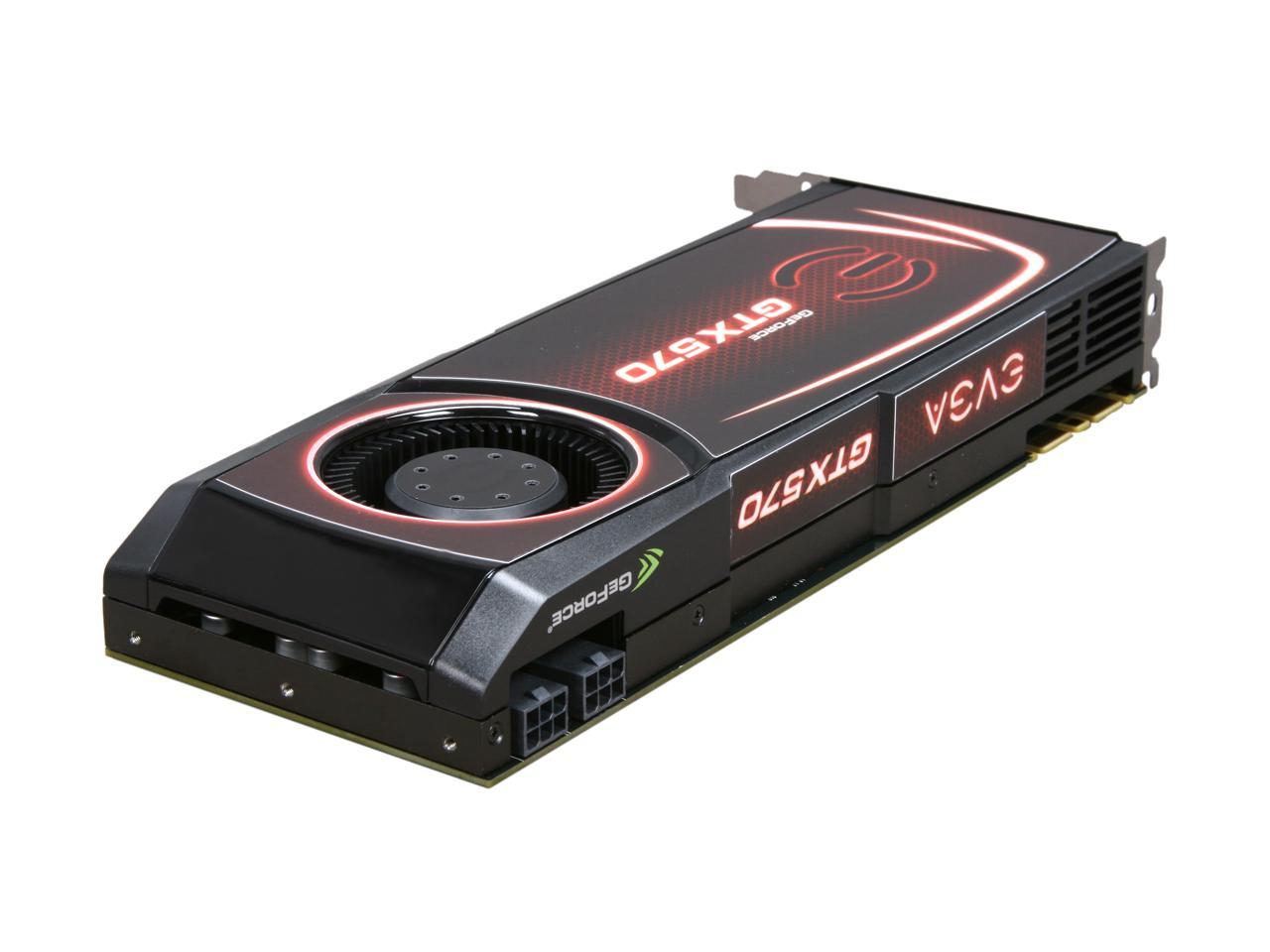 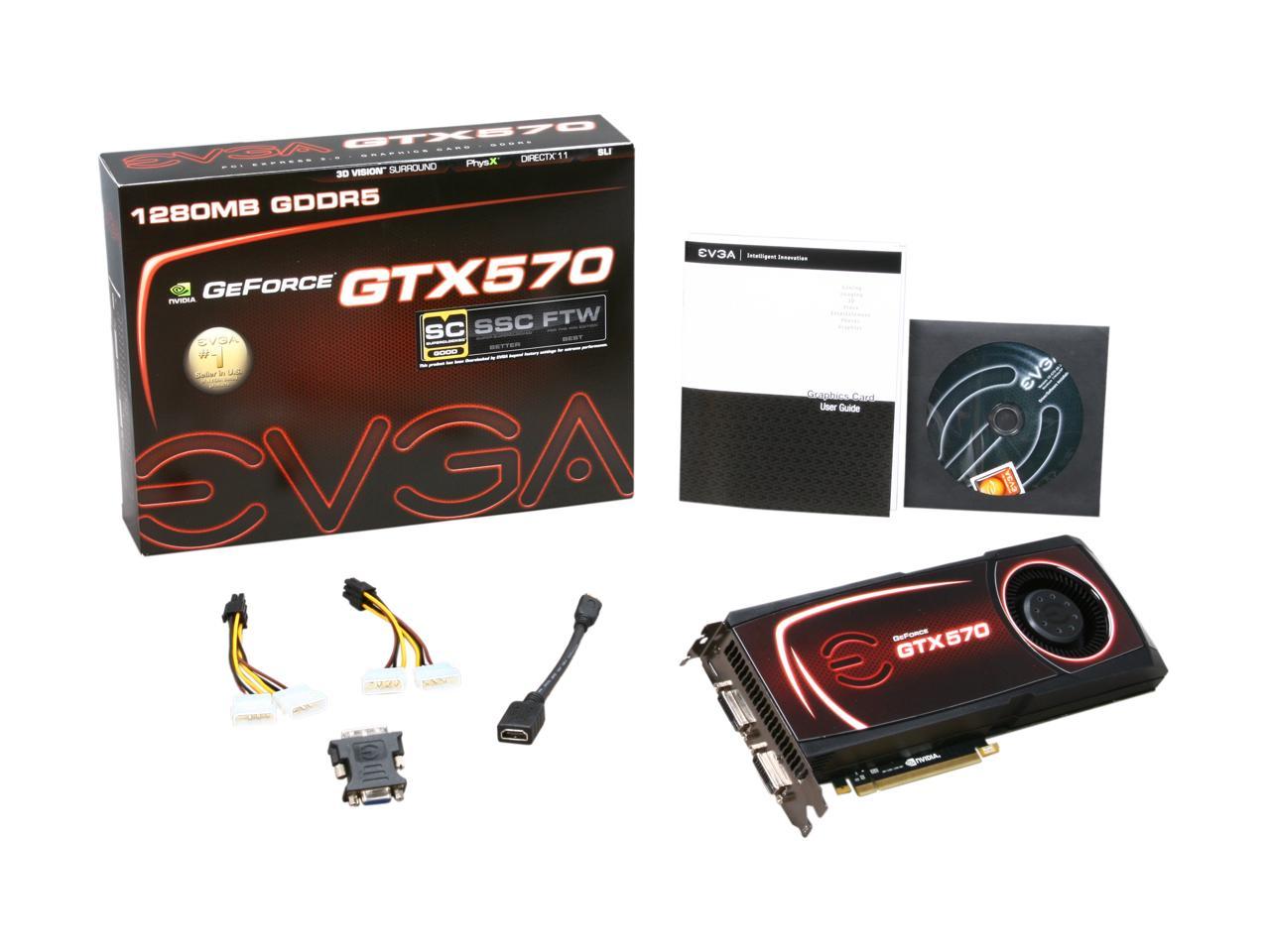 Pros: -- Very fast, much more affordable than the GTX 580. -- More practical to run SLI if you want than the $500+ GTX 580. -- Has the cooling/noise solution of the more expensive GTX 580 (much quieter and runs cooler than my GTX 260s). --Scored higher than twin EVGA Superclocked GTX 260s (core 216) 896 MB (look at other thoughts for score comparisons). -- Lifetime warranty, best guarantee in the industry from EVGA --Easy overclocking via the EVGA Precision tool (and you can set your own fan speed temp settings)

Cons: --Price if you can't afford $370 for a card. --Requires a 900+ watt PSU(at least %80 efficency rated) to run SLI comfortably, so I'll have to upgrade to do so as most half to. --Driver installation didn't work off the DvD, had to use Nvidia.com to get their drivers (Not blaming EVGA as I know there are alot of driver issues to work out, this may be one involving installation) --I wish I could afford to buy two of them right now. :-P

Cons: had a very tiny corrupted image when I played Metro 2033 with maximum setting. So it needs a new driver to update. But it's great so far! :)

Pros: Card pumps out nice FPS for the Price. Runs at 39C at load.

Cons: I had some intermittent 'driver' failures where the screen would go black and recover after a few seconds. I tried all the drivers and knew that overheating wasn't the issue. After some digging I noticed that the Core Voltage was set at the factory waaaayyy too low (988mV). I used MSI Afterburner to pump up this value to 1050mV and the problem went away. I feel that the card should work correctly out of the box and I'm concerned about my warranty now becoming void because I changed the faulty factory settings.

Overall Review: I'm not sure if I will buy a factory overclocked card again.

Manufacturer Response:
Hello, EVGA does not void warranties for overclocking or overvolting your card. The only time you void the warranty is by physically damaging or altering the card such as dropping it or spilling coffee on it. Regards, Matthew Hurwitz Assistant Product Manager Matth@evga.com
Cody M.
Ownership: 1 day to 1 week
Verified Owner
Important fan control info!8/23/2011 4:28:42 PM

Pros: Great card (as you can see from my previous review)

Cons: Must install software of it will overheat (see other thoughts) Not a con, just something that is easy to overlook. I see people complaining about high fermi temps all over the internet, but I do not think most people realize that you need fan profiles..

Overall Review: MAKE SURE THAT YOU INSTALL EVGA PRECISION!! (or any fan controller) The fan will just stay at one speed and the card overheat if you do not. I typically just avoid all manufacturer drivers/programs and just install the NVIDIA drivers. In this case, that was a bad idea. I was getting high temps around 85C while gaming. I then relized that my fan was not adjusting. I installed EVGA Precision, and now the fan throttles properly. Temps now rarely go over 70C.

Pros: Easy to install with no glitches. It replaced a GTX 260-216 and slid right in, same size same power. Easy and event free is good. I am getting a considerable improvement in FPS and quality. It is like getting new games. I ran Metro 2033 on DX11 and Max everything at ~30FPS. Useable and very nice looking. Other stuff like BC2 is in the 70+ range. More than needed. Noise is pretty low, heat is acceptable. It idles at ~40 and, when hammered, gets up to ~70.

Overall Review: I am most interested in useable performance in games. Once the FPS get above the display refresh rate there is little marginal return on investment. I expect this card to keep me there for some time.

Pros: Installed easily, latest beta Nvidia drivers installed flawlessly, no problems at all. I bought this card to play Battlefield 3 and it does not disappoint. I'm able to play BF on ultra @ 1900x1200 (FXAA on High) and even combining FXAA with AA and get 40 to 60 FPS on **64 player maps, Large Conquest mode.** You really do not need a GTX 580 or 590 for BF3 at this resolution. There will likely be more performance gains from drivers too. I couldn't tell much of a difference when I turned on the aging tech that is Anti-aliasing at such a high resolution. You could turn it off to get higher FPS. I downloaded EVGA precision and played for an hour or two and the card was at about 75C with the Auto-Fan setting going around 52% fan speed. Very nice! This card will last you a long time. I might SLI this some day in the future.

Cons: It won't get a beer for you.

Overall Review: The fan system by itself is not great. Was getting 80 deg on high loads, and coming from gaming on a laptop where i got those temps.... not happy. But reading reviews said to get the EVGA precision software, and that has fixed the fan system. Fan now kicks in at proper temps and now GPU doesnt even pass 60 deg under load. Thanks to previous readers for mentioning the software.

Pros: This thing is SuperFast as the title says. I replaced a pair of SLId 9800 GTXs with a single 570 and my framerates went up considerably. I am able to turn all the settings up to high in all my games. At full load the GPU temp tops out at around 85C. EVGA has a high-flow bracket available for purchase on their website that supposedly reduces temps by up to 4C so I might give it a try even though I'm nowhere near overheating the card. I've also overclocked this overclocked card by an additional 10% and it still has room to go higher. EVGA has quite a few additional (free) software tools handy on their website like EVGA Precision.

Cons: SuperExpensive for just 1 card, but the pros still outweigh the con.