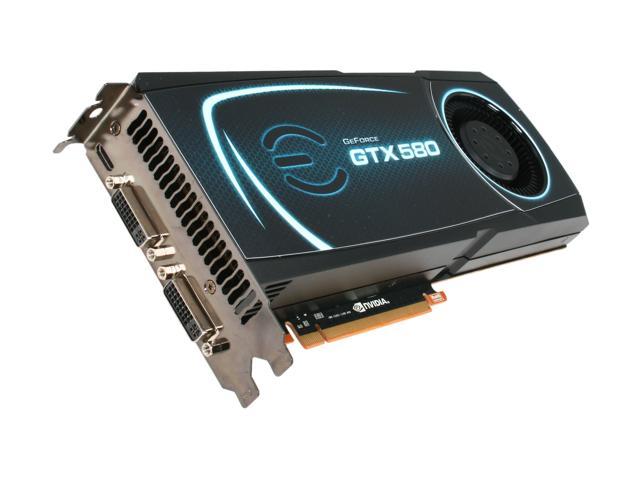 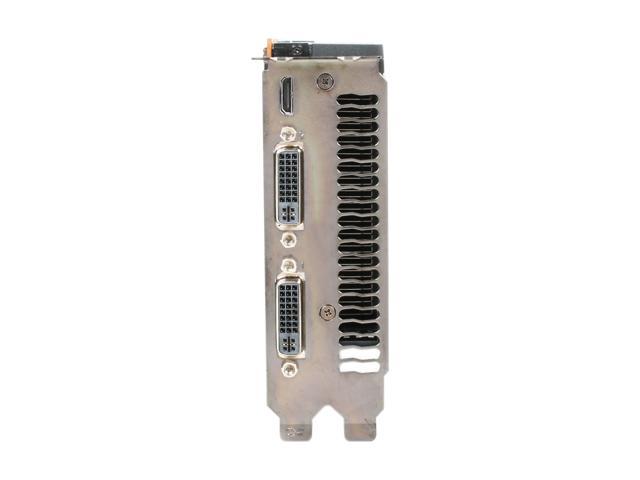 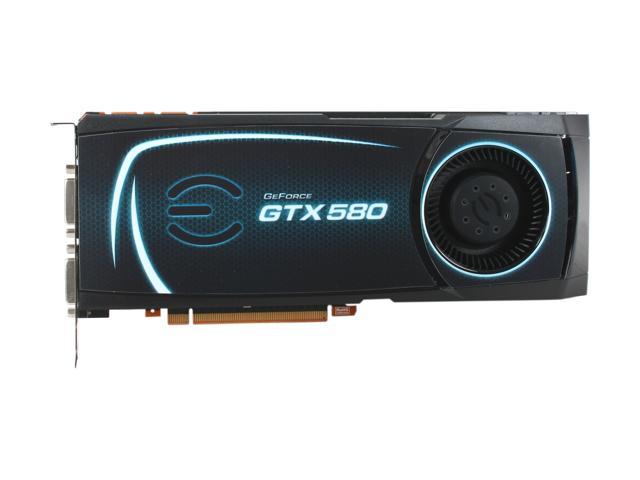 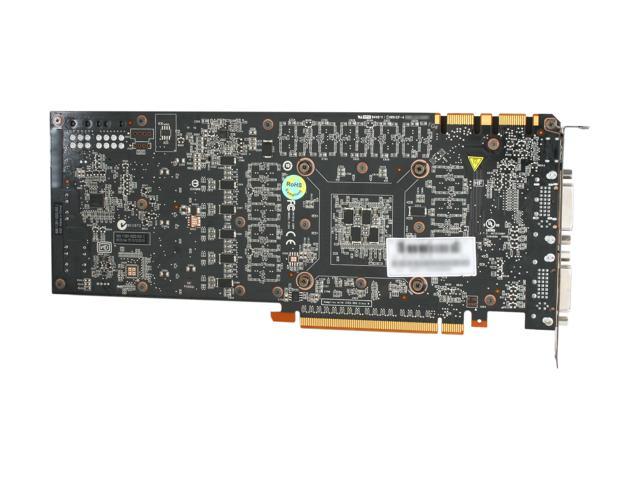 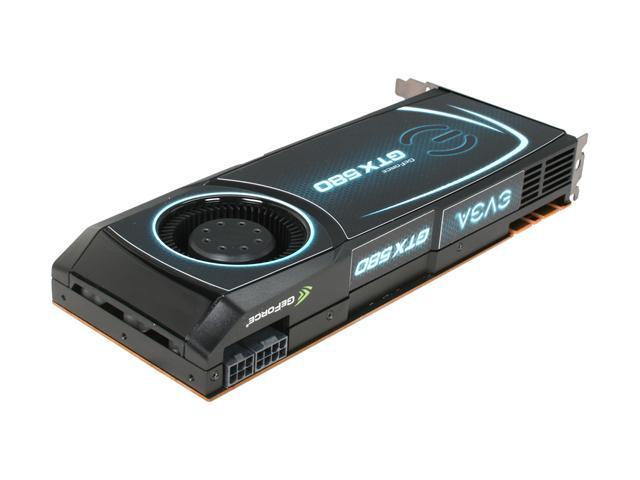 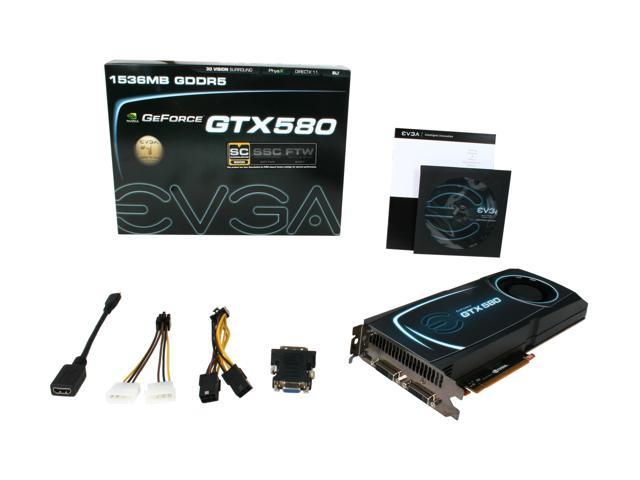 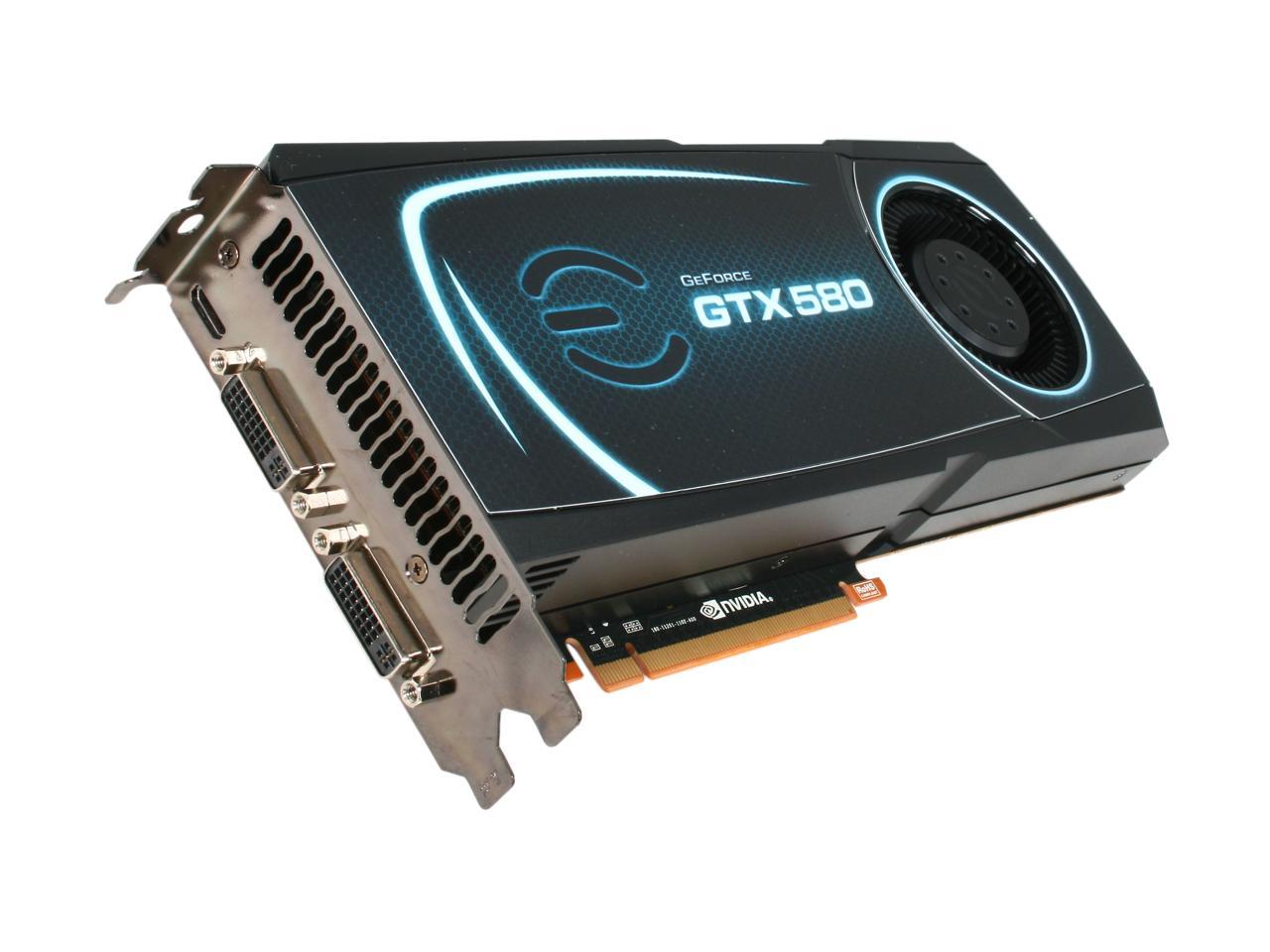 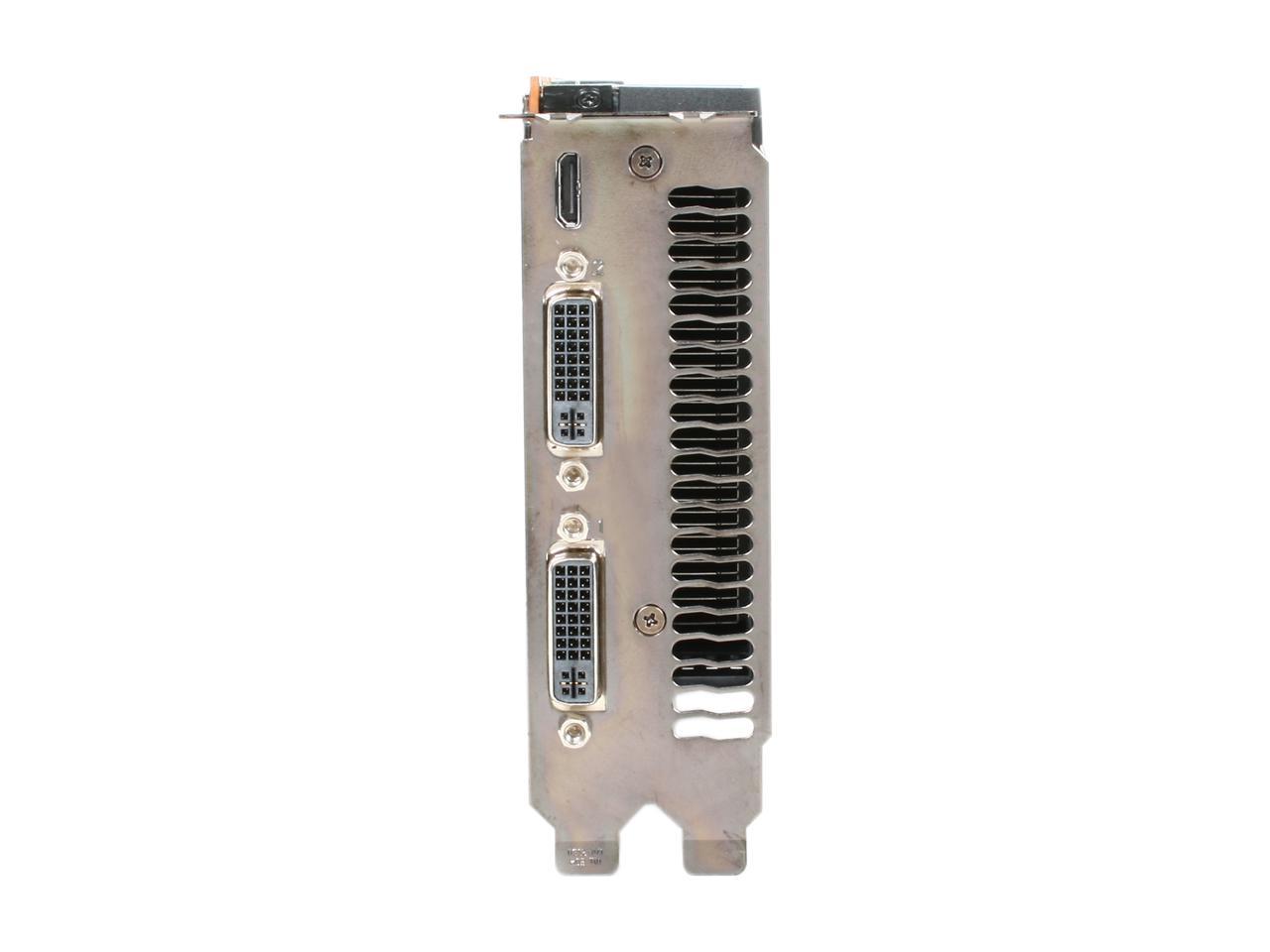 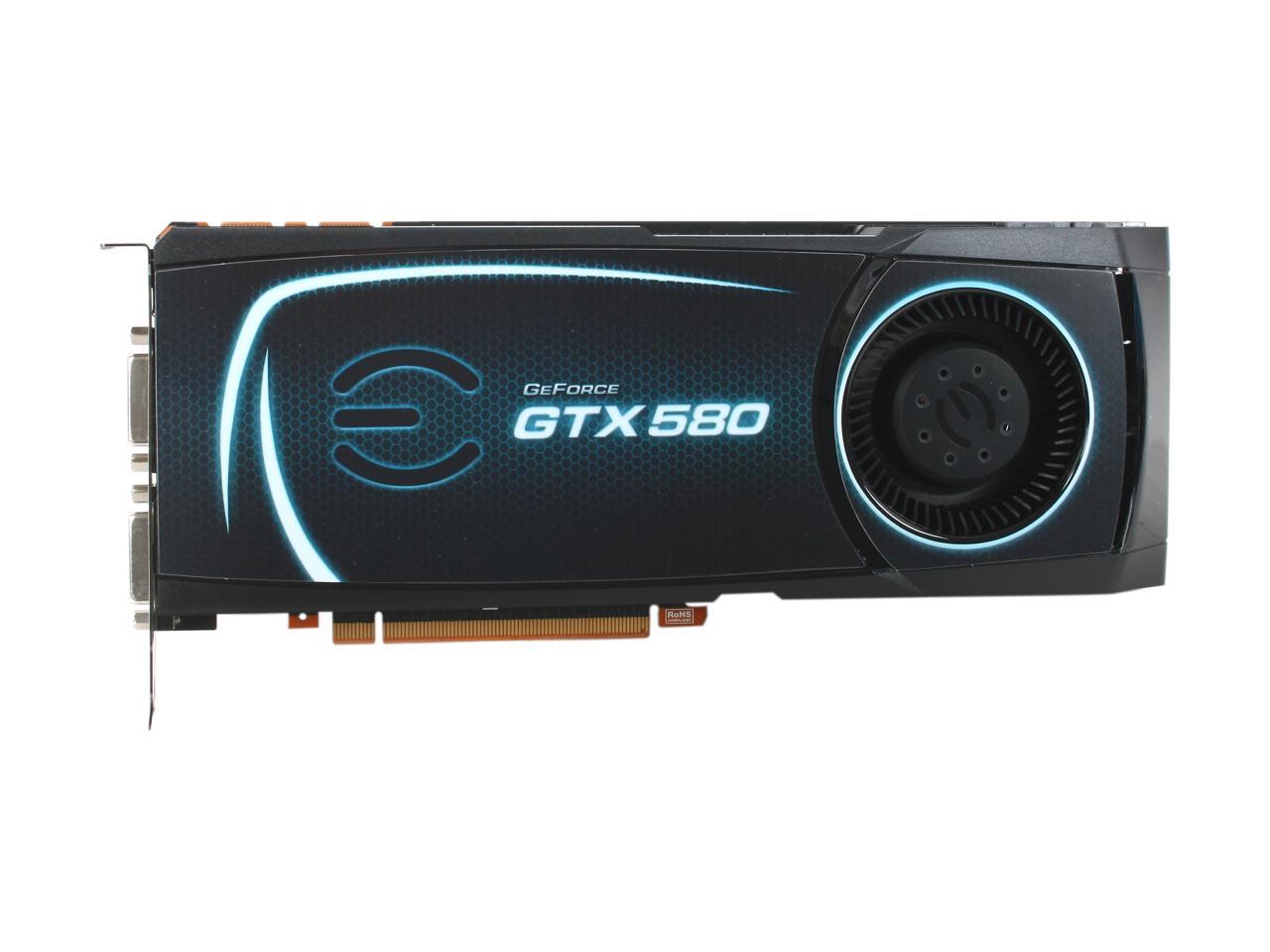 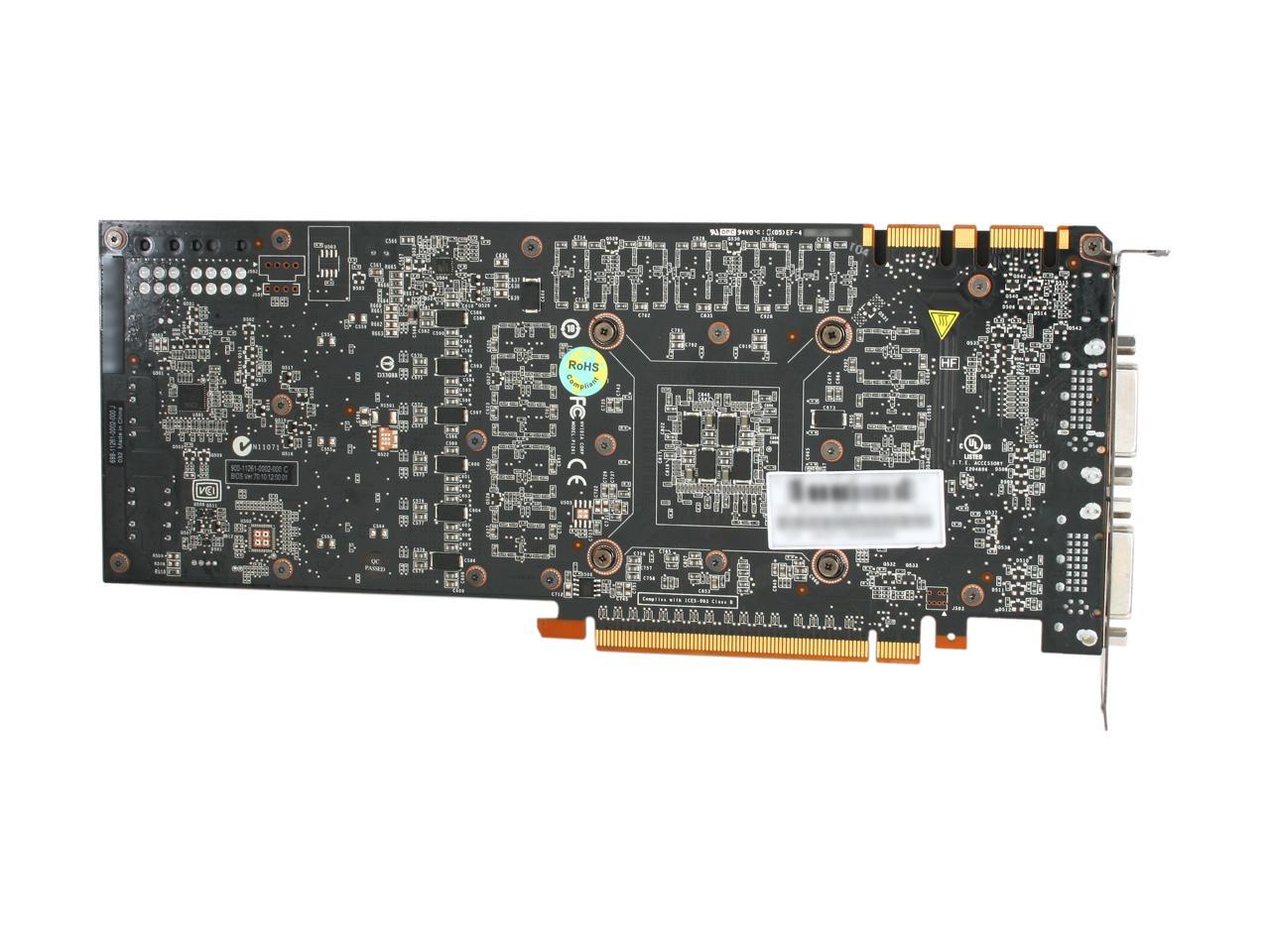 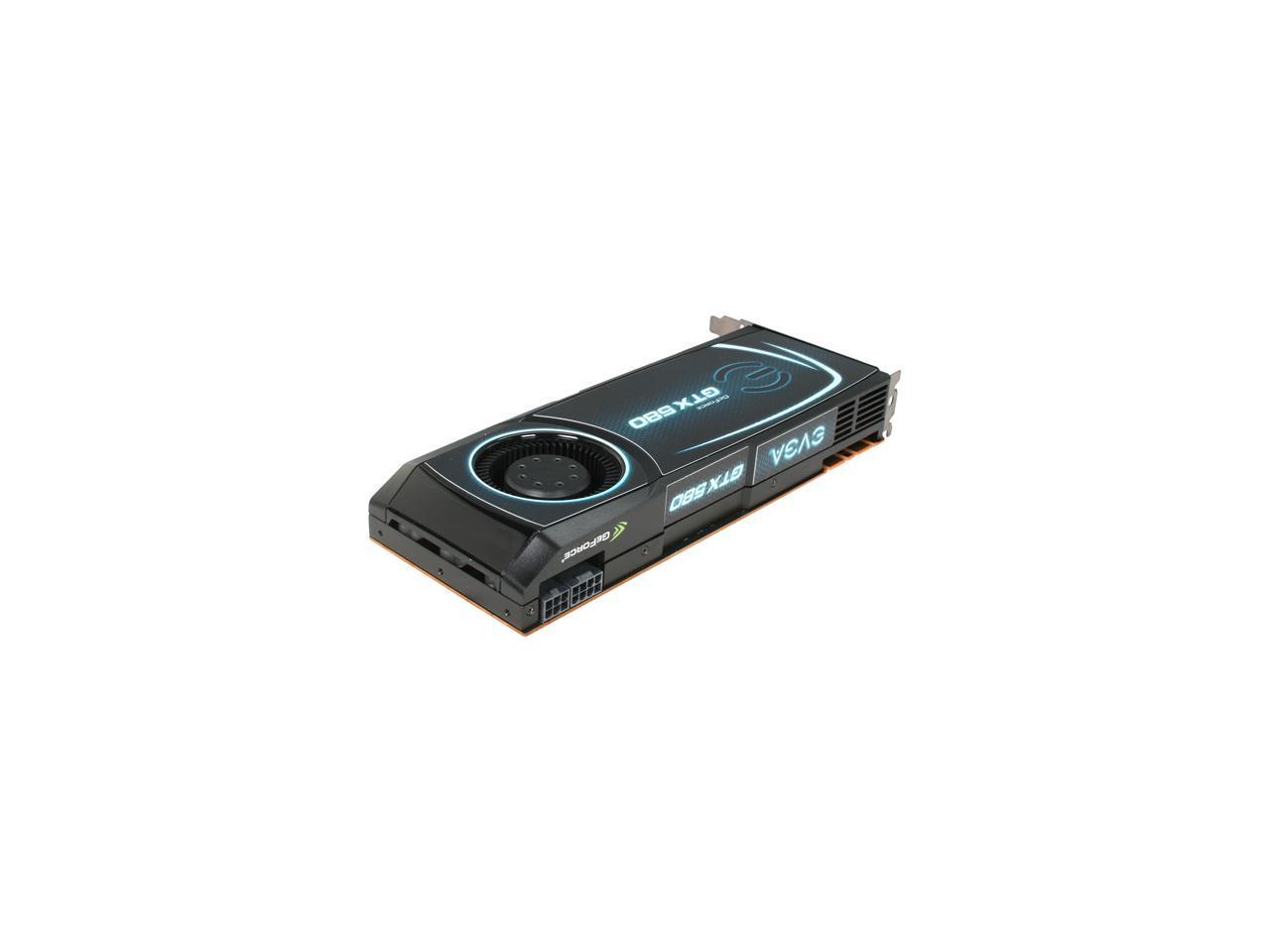 Pros: I work with HD video in Premiere CS5 and this card cut my time in half when I export my videos. To give you an idea I compared 3 cards exporting the same piece of video which had a few effects applied. The times were the following: Quadro FX 1800 -> 6 min GTX 480 -> 3min 25sec GTX 580 -> 1min 45sec Scrolling the timeline in Premiere is very smooth at full resolution, I work with AVCHD format. While exporting, the card was pretty quiet. My system has the i7 920 processor overclocked to 3.8 with 12GB RAM I don't do gaming so I have nothing to report on that note :)

Overall Review: I wonder why the GTX series performs better than some Quadros (in same price range) if the Quadros are supposed to be the cards to do this type of stuff super fast. I mean it's HUGE when the FX 1800 takes 6min and GTX 580 1min 45sec to export same video. I love my card :)

Pros: Extremely fast I own two of these in SLI and plan on getting a closed loop for water cooling to dramatically increase their life span. Came from dual 295 co-ops to these.

Cons: Hot with the default thermal paste, had to take off the heatsink to reapply a more efficient paste, dropped temperatures on load by 15-20 cel and idle by 20.... Loads will hit 80 max now, before it was at 92+

Overall Review: Nvidia made the design really simple to take off the fan shroud and reapply your own thermal paste so +cookies for that.

Cons: A little expensive. But still, cards of this caliber aren't cheap.

Pros: Running 2 of these in SLI and I am able to run Metro 2033 maxed out, with zero frame issues. Thank you EVGA for your great products and more importantly, world class service. Thank you NewEgg for the great service and fast shipping.

Pros: I run 2 GTX 580's in SLI and an Intel 2500k @4.8GHz. There is no game on the market these cards can't obliterate. I used to run a single GTX 580 and still would, but I'm running dual monitors, so I needed the extra power. Even a single 580 rips through anything you throw at it with high frame rates. Best card available hands down. An absolute breeze to overclock in Afterburner. But honestly, there's no need to OC this card unless you're benchmarking, or just trying to show off. There's nothing it can't play with stock settings. It's just an amazing card.

Cons: The temps get a little high sometimes. The cut-off temperature for the 580 is 97c, I believe. Mine have never gone above 85c, so I'm still very much in the safe zone. Not really a con, just a general preference. I don't like my expensive equipment coming within 10 degrees of the cut-off temp.

Overall Review: Seriously consider buying the Arctic Accelero Xtreme Plus cooler. They're about 80 or 90 bucks, simple to install and work wonderfully. Now that I have these coolers on my GTX 580's, my cards never go above 50c, no matter how much they're being stressed. If you're looking for the best on the market; the most bang for your buck and a complete BEAST of a graphics card, you can't go wrong with the 580. They're expensive, but you get what you pay for. They're worth every single penny.

Pros: -Ran great right out of the box with no OCing, plugged it in and started rocking. -This thing will handle any current game with max settings/res at more-than-playable FPS. Crysis, Metro2033, Witcher 2, SC2, 25-man heroic mode WoW raids...just booted up the brand-new Deus Ex Human Revolution with this puppy at max settings with DX11 and pulling 60+ FPS. Stunning performance. -EVGA Precision is one of the best GPU monitor/OC programs ever made. -Surprisingly quiet even at high RPMs. Can SLI this puppy, gonna buy another when it comes down in price.

Cons: -Card is heavy and big, had some minor difficulty fitting it into an ASUS P8Z68-V PRO PCI-E slot but it fit eventually. -Runs a bit hot, 70C under normal load but I'm told that's normal. Be sure and run a good case airflow, or attach a waterblock to it. -This isn't for gamers on the dole, the price is pretty high but definitely worth it.

Overall Review: If you absolutely, positively have to have THE best single-GPU solution on the market....accept no substitutes. This thing is solidly crafted and ready for the next generation of games (BF3, RAGE, Skyrim). If you're serious about gaming this is as close as you'll come to future-proofing your PC for the foreseeable future. If you have the cash, buy it. When you get more cash, buy two. It's THAT good.

Cons: Price tag is the only con.

Overall Review: Reviewed this card earlier, and had a terrible experience. I contacted EVGA and the issue was resolved, and the card now runs beautifully. I can run any game of my choosing on the maximum / ultra settings with NO frame skips, drops, or hangs. Plays Battlefield 3 like a champ on ultra. I have to stay away from higher levels of anti-aliasing, but I wont take off an egg because I run games at full 1080p, 1920x1080 resolution. The difference between AA and no AA is very miniscule, aside from framerate difference. If you have the extra cash (that's the only kicker. The card costs as much as a small car), I'd say pick it up. You wont be sorry. Side note: This video card is a princess when it comes to voltage and frequency on your mobo. Make sure you spend some time finding out the right settings for the slot.

Pros: The most graphics intensive game I own is Skyrim. It is difficult for me to get the framerate to dip even at Ultra + settings (the + indicating that I downloaded some addons that increase water reflection physics as well as 4096 x 4096 texture packs). When I started UT3 on it, I think I heard it laugh at me.

Cons: Runs a little warm. I think this is because of the light overclock. For the <10% "superclock" you don't see much performance increase over a stock speed GTX 580, and it does run quite a bit warmer.