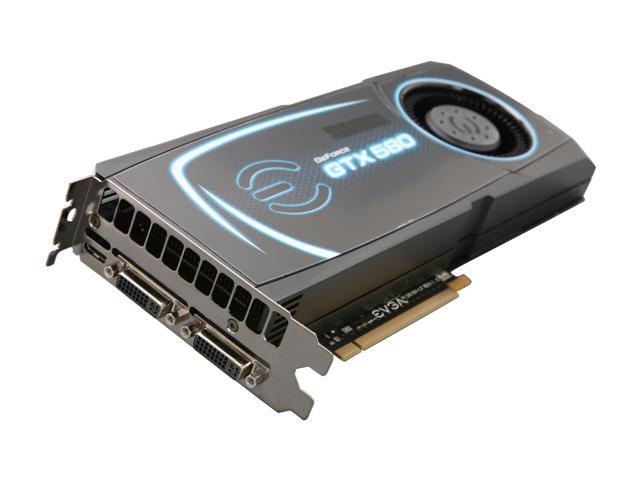 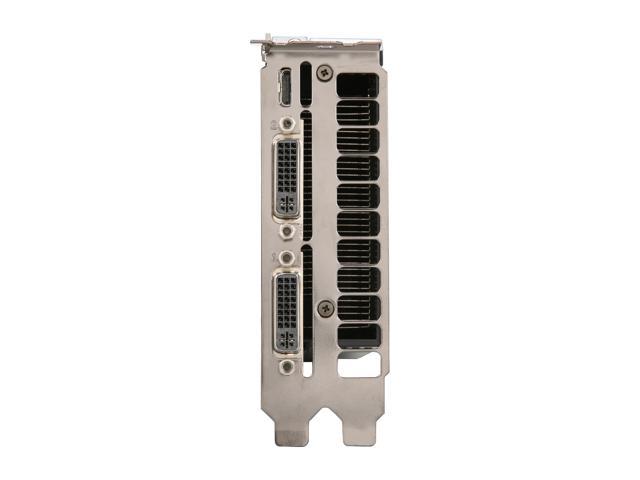 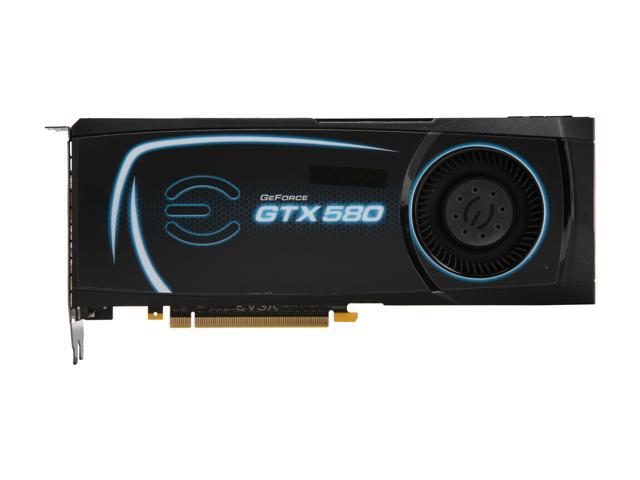 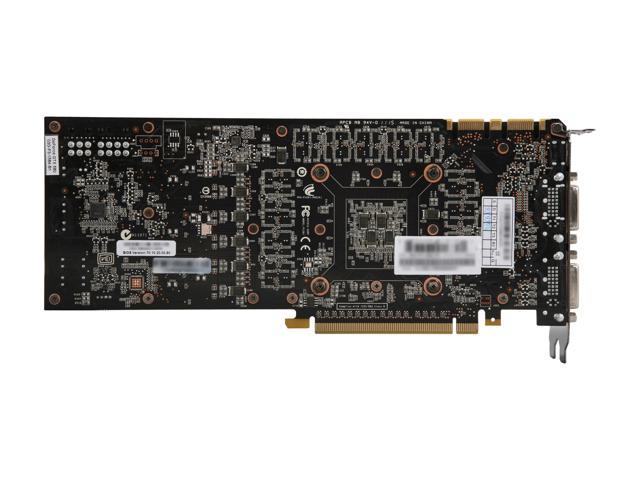 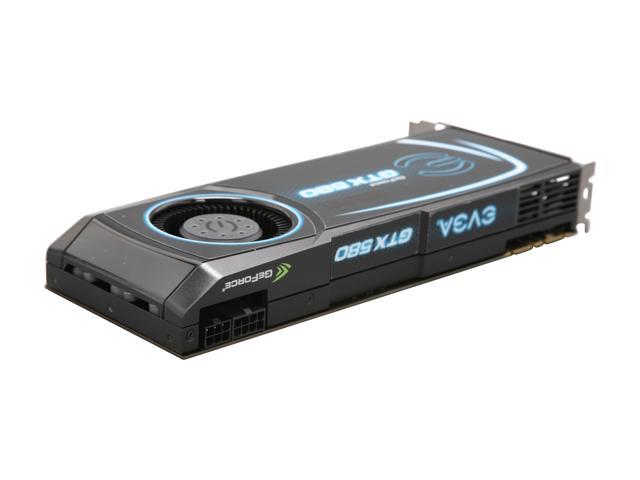 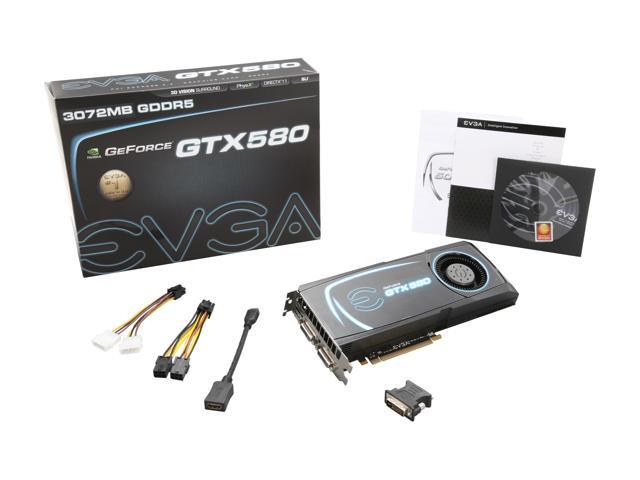 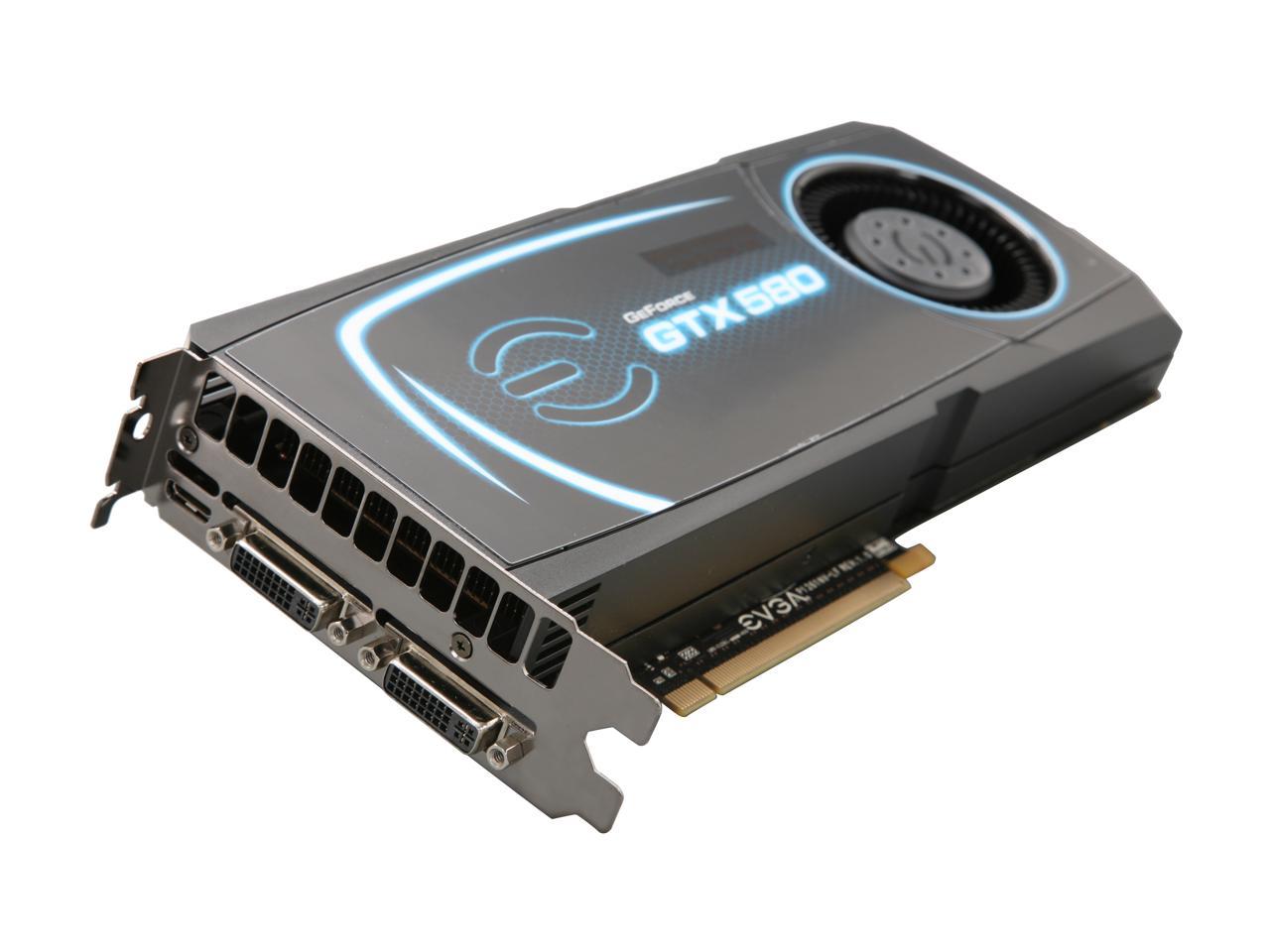 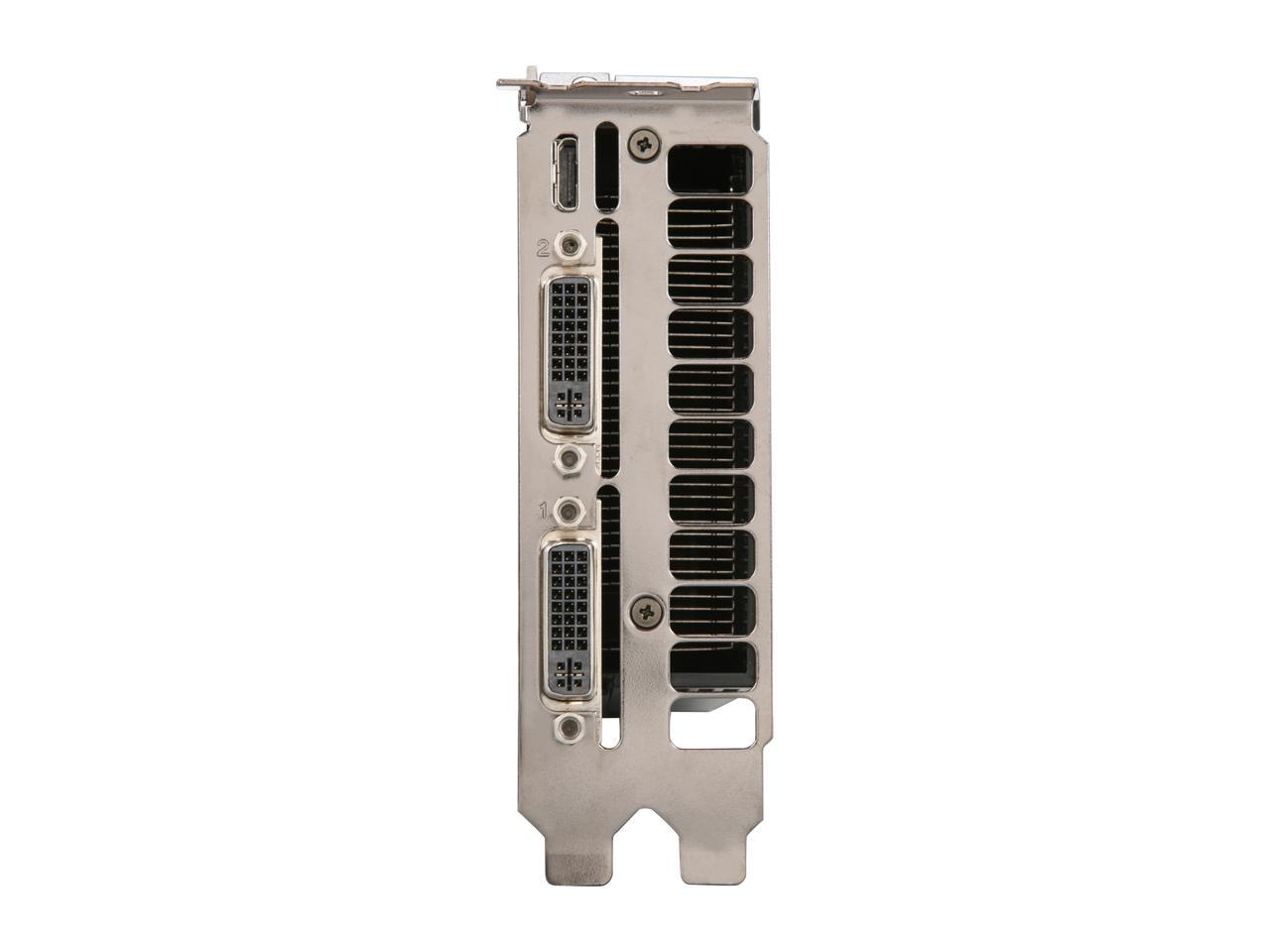 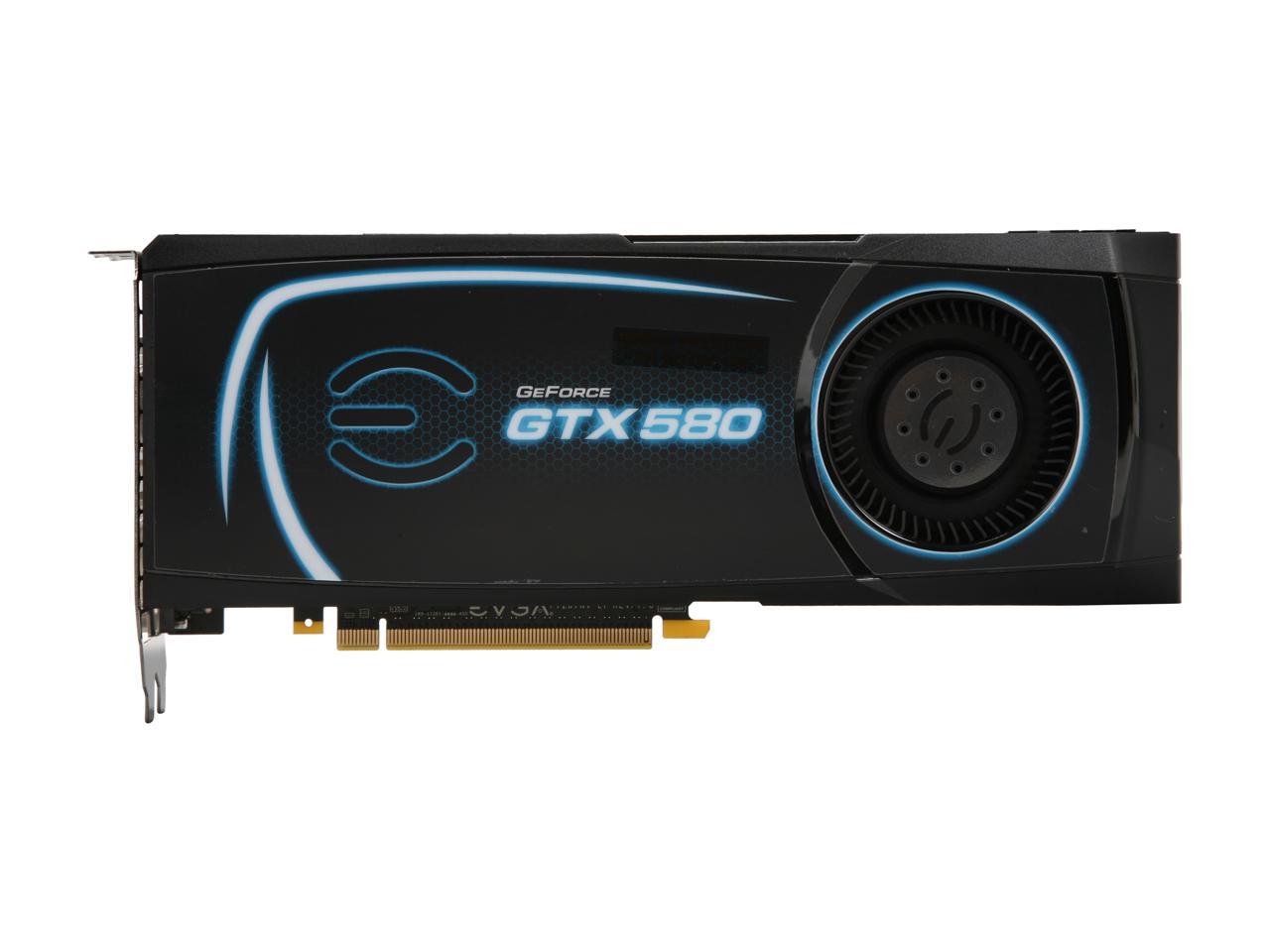 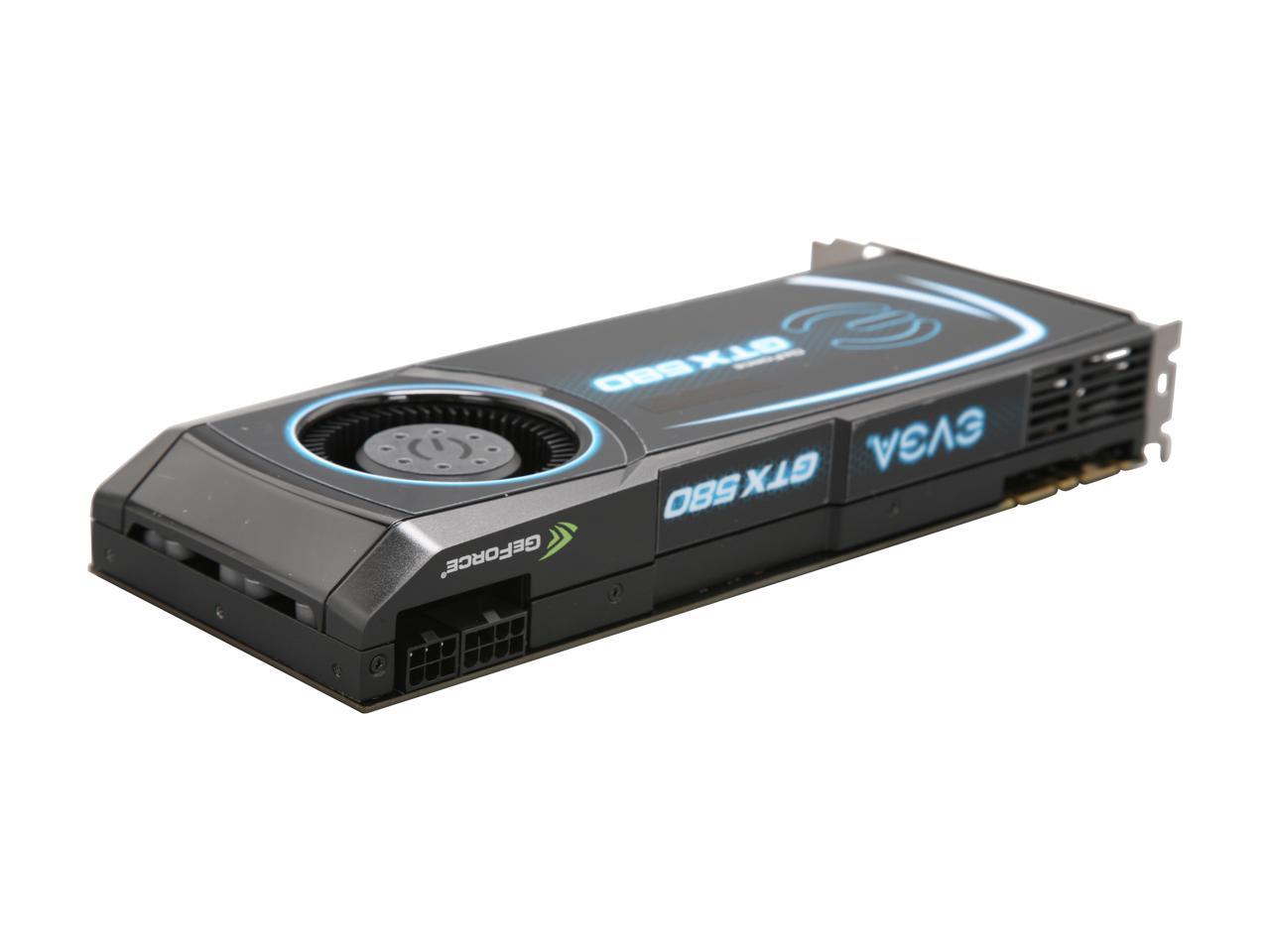 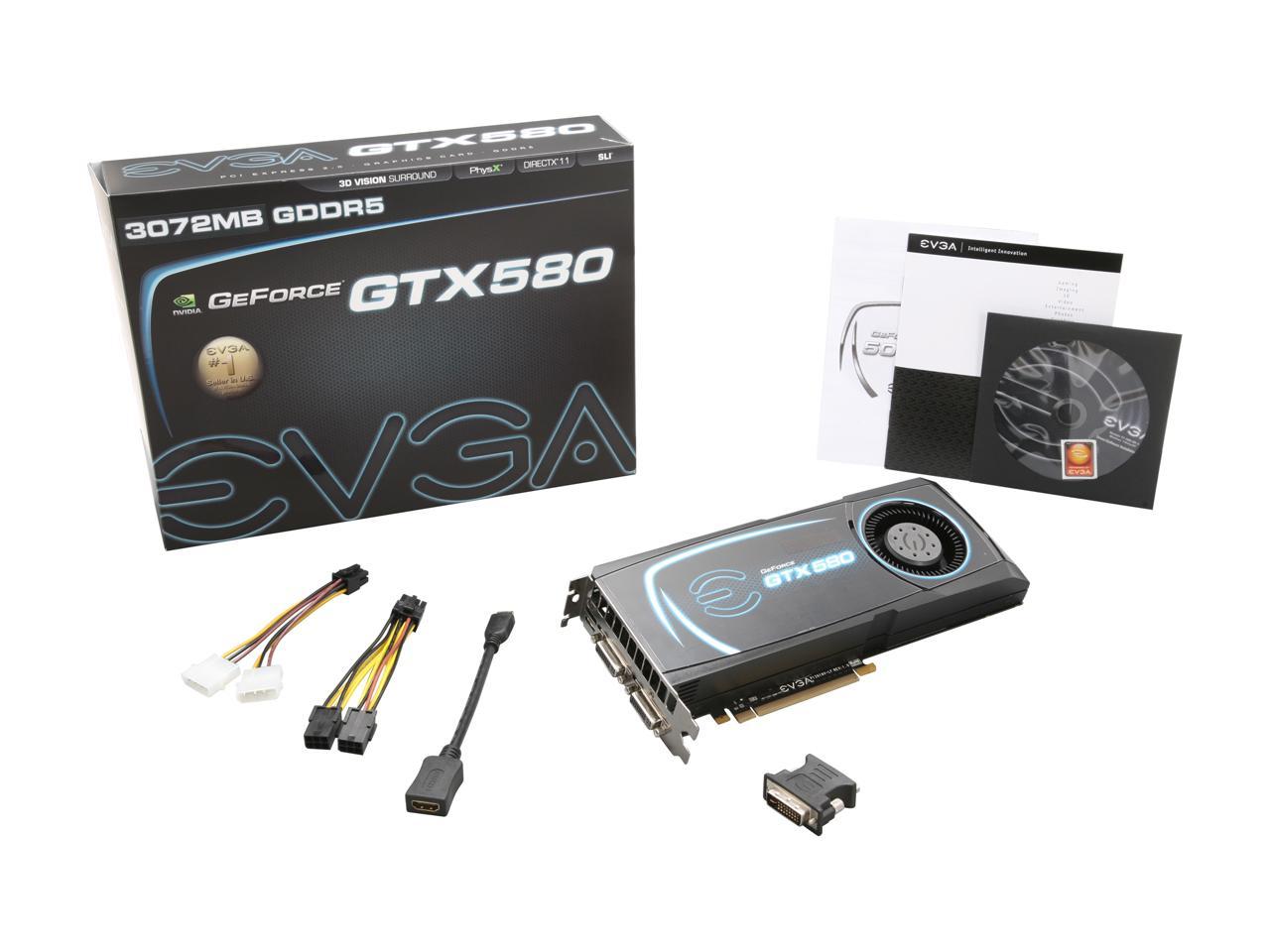 Pros: AWESOME! Has 3GB of GDDR5 at 4 Ghz and 512 shaders running 1550 MHz and the GPU at 775 MHz. This thing can easily clock to over 900 MHz on the core, with overvolt, and I was only able to 4.1 Ghz on the RAM. Runs quiet in auto and stays much, much cooler than the 400 series GPUs. I've never hit over 80C even at 900 MHz. Lifetime warranty, sweet! Able to render many games in 3D surround at decent frame rates. Must have SLI to run surround. I have no doubt one of these would be fine for 3D on a single screen.

Overall Review: I'm blown away by the performance these things put out. Running SLI at 5760x1080 in 3D and I'm able to run almost every game I own at or near 60 frames solid. You will need the extra RAM. Using over 2 GB in several games. Crysis 2 DX11 3D surround using 2.5 GB VRAM. Just excellent cards. I'm set for awhile now with two of these badboys. Very happy.

Overall Review: have this thing under water with an EK block

Pros: 1 - I can max out every game while still getting excellent FPS 2 - Temps are good for such a highend card. My idle is 39C and load is 72C. That's on the second floor of a warm South Texas home in May with the fan on auto. 3 - DX11, Cuda, and tessellation 4 - The excellent customer service of EVGA! 5 - It just looks so sexy in my case ;)

Cons: Price...nope, its an enthusiast piece of hardware. You pay to play.

Overall Review: I game on a single monitor and still waited for this card. If you have a 1.5 GB card, I would stick with it but if you are just buying a 580, get this. There are those that keep saying that its overkill and that 1.5 GBs are enough. The 580 is still the fastest single GPU out. It is Nvidia's flagship single GPU card. It is a card for enthusiast which by its very nature means excessive. Who wants a system that's "enough"? You never know what upcoming games will require for max settings.

Pros: -Performance of this GPU needs no introduction. -Excellent EVGA build quality as usual. -Lifetime Warranty -3GB will extend the useful life of this card.

Cons: -No rebates at the moment

Overall Review: If you're going to spend ~$500 on a high end card, you should try to future proof it as much as possible. 3GB ensures that extremely high res textures (which are becoming more common) won't slow the card down, and multi-monitor applications will never be compromised due to a lack of VRAM. Given that this card currently exceeds the requirements of even the most demanding games it's proboble you'll be able to skip at least one generation of GPU's before upgrading, and there's no doubt more memory will be needed in the future. For a few bucks more than the 1.5GB version you'll be certain that memory won't become a bottleneck in the future.

Pros: Be sure to see my pevious post so this one makes sense. My card is working perfectly as decribed in that post. I was was contacted by Chris at EVGA and told they would make an exception in my case and honor the Lifetime Warranty. It's great to see that a large company can take the time to understand an individuals singular problem and make a VERY happy customer. In turn, EGVA has gained a truly dedicated customer!

Cons: Too happy to think of ANYTHING! :)

Overall Review: Just a big thank you to Chris B. at EVGA.

Pros: Since there are so many reviews on the GTX 580, not much needs to be stated about its pros. For this iteration inparticular though, the defining feature is the 3gb of vram. I'll say right off, this is overkill if you're not running HD+ or extreme resolutions. I plan to be running a triple monitor set up when all said and done so that's why I opted for the 3gb versions to run in 2D surround. My other motive for the purchase was to "future-proof" my purchase a bit. With computers the term "future-proof" is very subjective as you can never really do that given how fast tech develops. I mean even in this case Nvidia will have a new chipset out late this year or early next year, depending on what preview predictions you believe. Still, I don't build new PC's very often so when I do I try to build something that I can live with for at least 3 years. My last PC I had for about 4 or 4.5 years.

Cons: No real cons but if I had to just nit pick, a personal thing for me would be the color scheme, simply b/c it doesn't match the overall scheme I was going for with my case. Again not a real con but if I could choose my own colors, they'd be different. :)

Overall Review: Price is always the hurt factor with these type of cards but again, I don't build often nor do I upgrade tons after my initial build, might add more memory or something like that but generally I don't upgrade my graphics cards until I do an entirely new system, so it's likely I'll have these for 3 years at least and I game A LOT so it's a good investment for me. For anyone on the fence about getting this card my only suggesstion would be to know what you plan to do with your PC and only buy it if you NEED 3gb of VRAM. VRAM is very important and useful but only to the extent of what you need. First thing you'll notice if you run out of it is an instant frame rate dip as the card then has to off-load duties to the cpu. So, while VRAM is great to ensure that doesn't happen, in most cases running only HD on a single monitor, you will not require more than the standard 1.5gb offered on the base model 580, so don't waste money if you don't need the extra VRAM.

Cons: 1:Price - Albeit the price is a bit steep, if you are a gamer with money to burn, you will not think twice.

Overall Review: ...to blow your mind. This card alone beat my SLI Nvidia 460's which (one card now) has been moved to my VMWare lab. I am selling the other Nvidia 460GTX to a co-worker for 100 bucks. This single card is well worth the money. When you buy a card, you need to really think about the future software, how often you want to upgrade, and how "into" gaming you are. If you don't have the money...save. Do not throw money away on 400 series cards anymore if you are thinking of running SLI. SLI is not needed if you are running a single monitor, plus SLI support varies across the gaming community...eg. there is no standard. Some games work, some games do not work well. Keep it simple.

Pros: Best card I have ever owned! Period. Very easy to install with my setup. No issues thus far! I've only had the card a week now but I've been gaming like a mad-man! All the reviews, all the benchmarks, all the hype from other friends was spot on! This card delivers! I would give it 6 eggs out of 5 if I could! Plays Rift on Ultra with all sliders maxed. Min FPS was 50'ish max was 80'ish. SuperSampling does make the card dip to low 20s (So I choose to just run with SmoothEdging instead), but that's accepted considering how bad Rift's rendering engine is. Plays WoW 100+ FPS. Overkill really! Plays SWTOR Beta at 50-100+ FPS (Depends on zone) with all settings on High and sliders maxed. No AA available yet, but the game play is smooth as silk! Looking forward to launch! Shouldn't need to upgrade video card for atleast another 2-3 years if not more! Came from an ATI 5770, which saw half the FPS that I'm currently getting. My gaming feels very smooth. I LOVE IT!

Cons: Price. But you get what you pay for. Remember to register for your life-time warranty at www.evga.com/register/. It's easy to do and only takes a few mins. Just grab the S/N off the card and create a jpeg of your receipt to upload to your eVGA account!