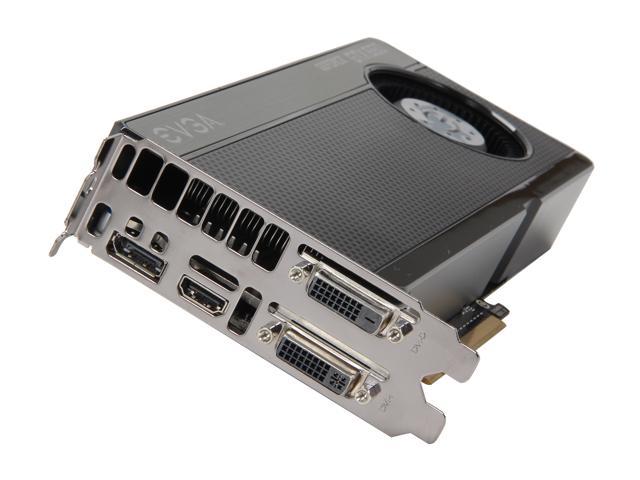 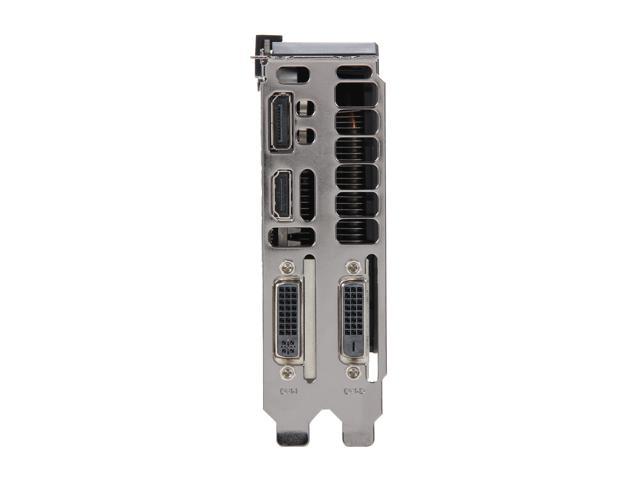 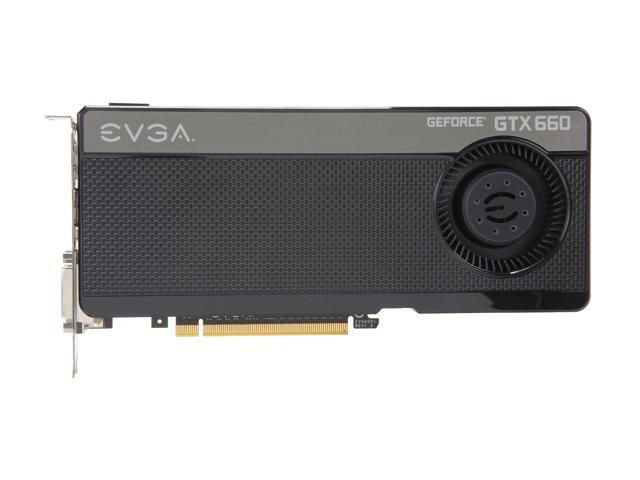 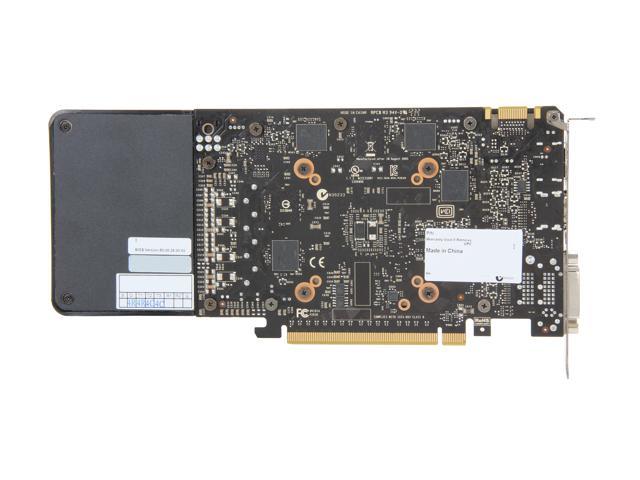 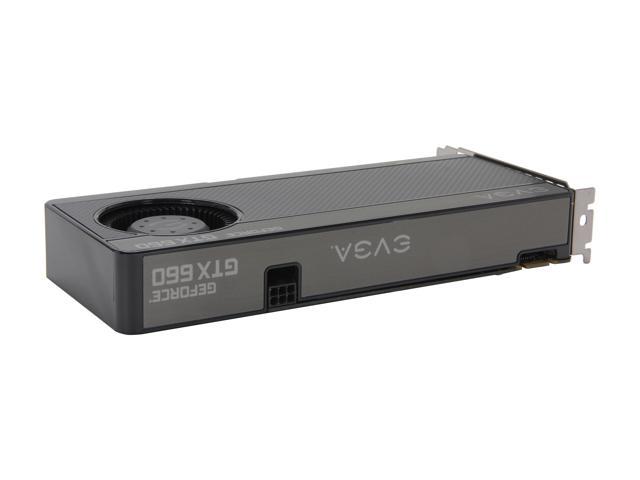 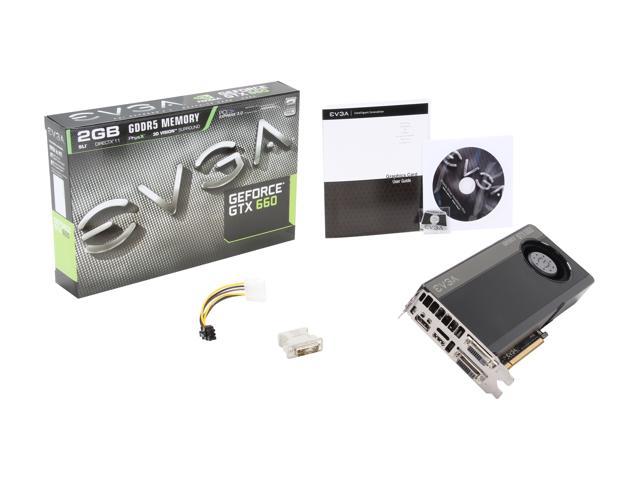 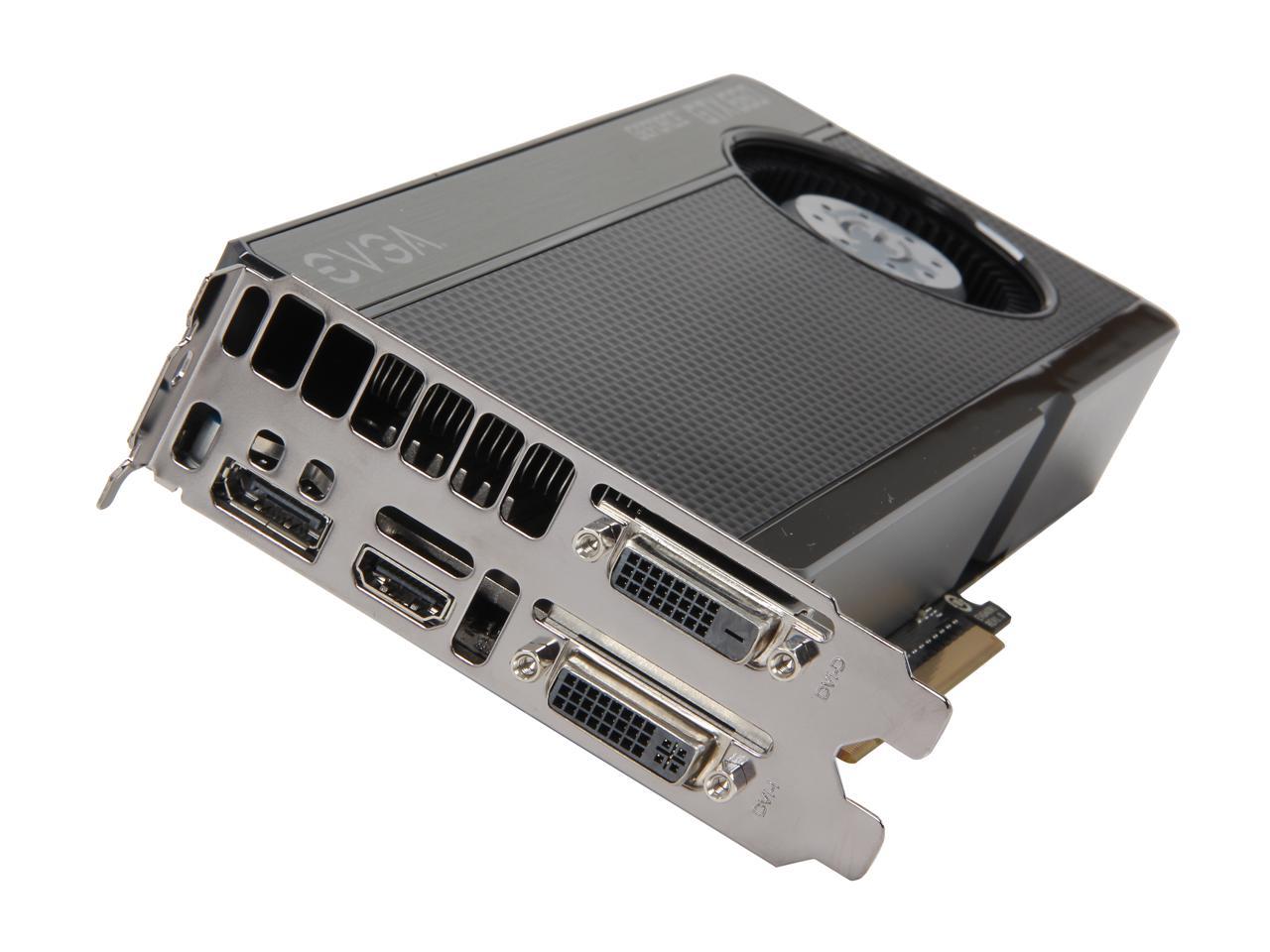 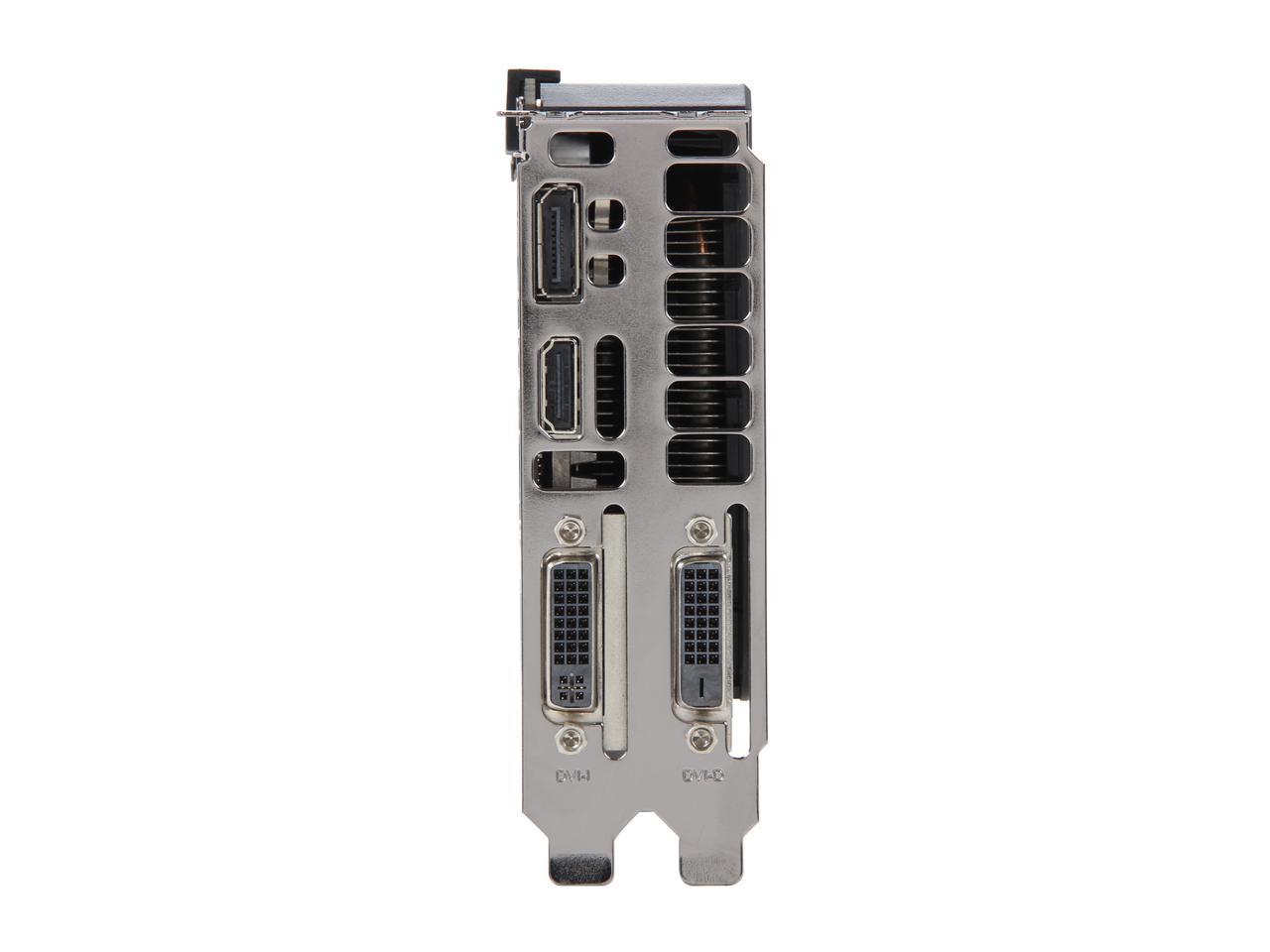 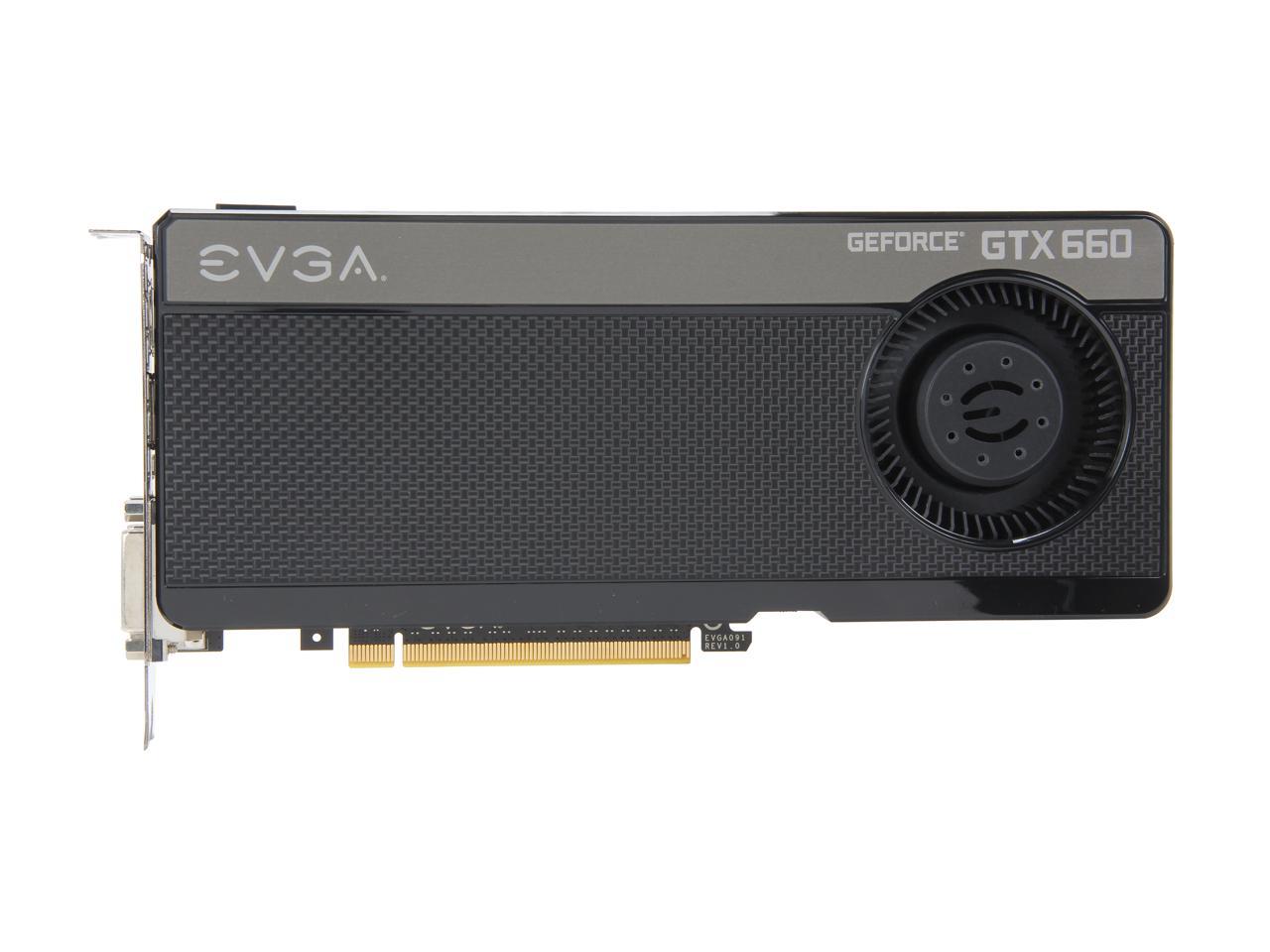 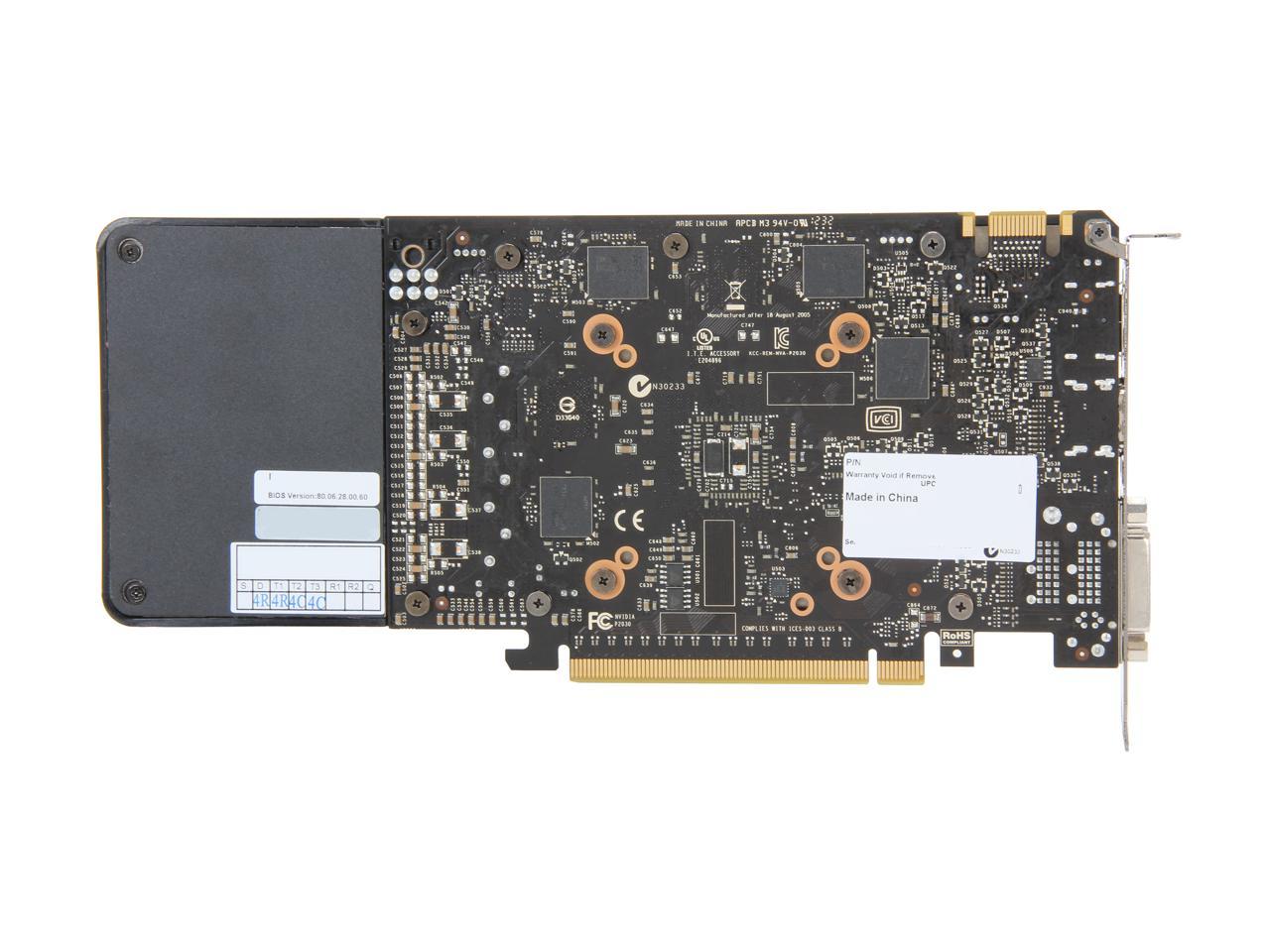 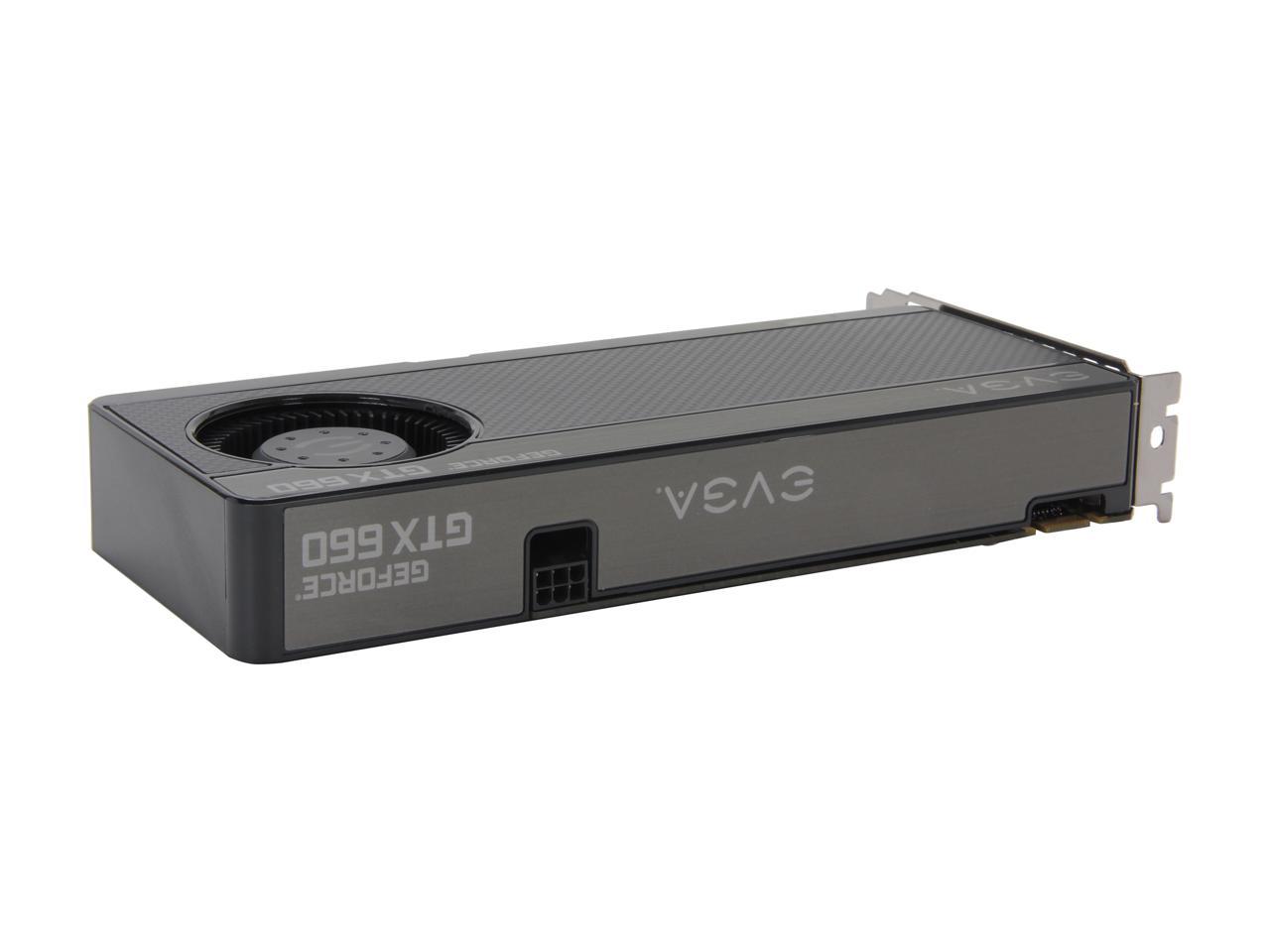 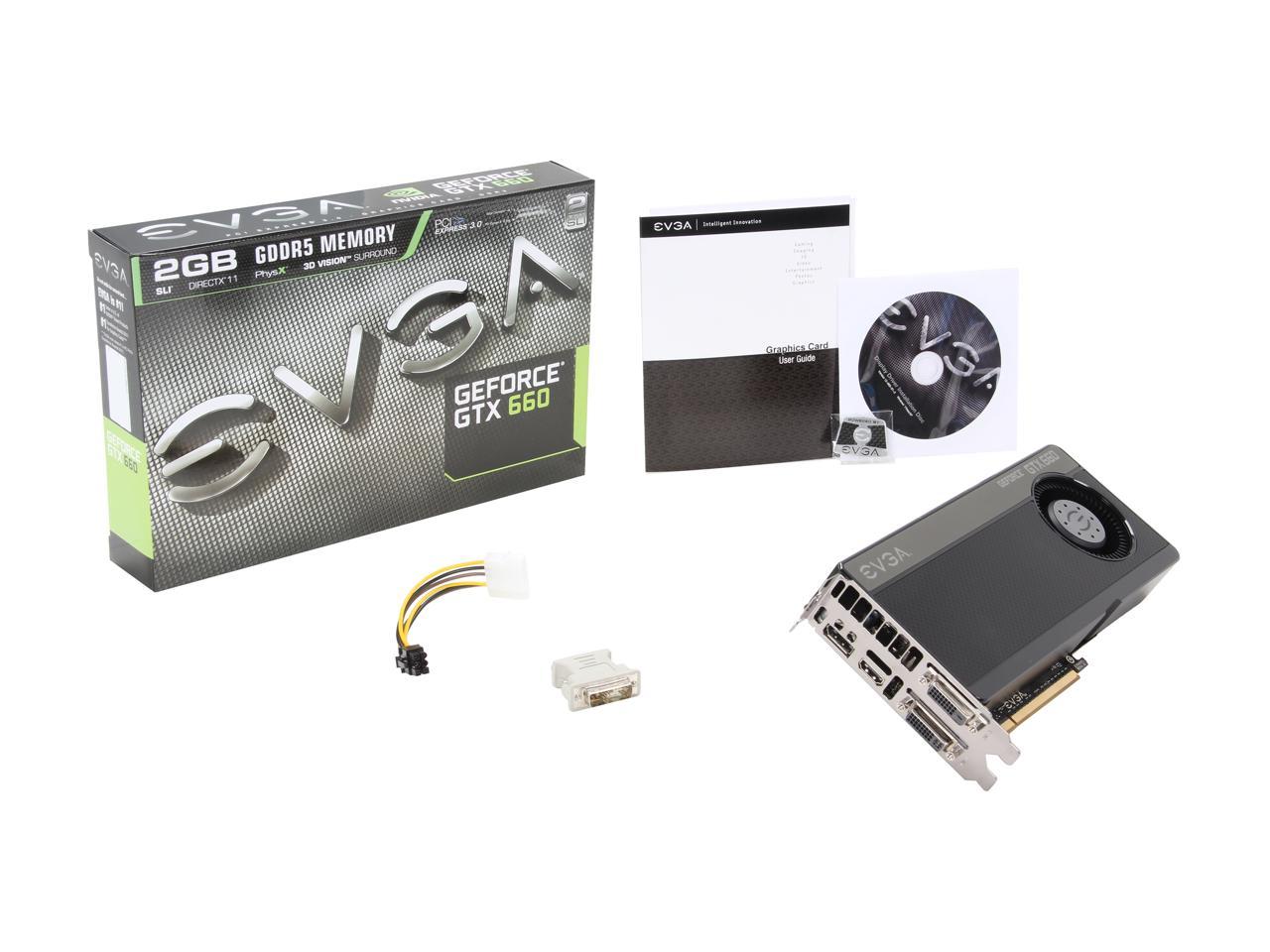 The EVGA 02G-P4-2660-KR graphics card with GeForce GTX 660 GPU is a perfect weapon choice for gamers. It takes NVIDIA Kepler-powered graphics cards to new levels of affordability while retaining class-leading performance and power efficiency, making it a must-have upgrade for today's hottest games.

Pros: I had high hopes for this graphic card but it was not meant to be. Under 2D it ran cool and quiet

Cons: Any 3D stress test it started to artifact and I even ended up with driver loop BSOD. I tried every driver from the latest to the first that recognized the 660 and nothing helped. I never had this much issue installing a GPU.

Overall Review: Upon reinstalling my trusty 8800GTS I noticed in the device manager under which system devices should be it now has a grey diamond and says unknown. Somehow uninstalling the Nvidia drivers also uninstalled all of my system drivers. I had to manually go through and update over 25+ drivers. I still have the grey diamond icon saying unknown. I was also unable to use system restore even though I made a restore point before installing the GTX660 just in case. Over 15 years of building computers I never seen this before. I am at a loss at how this card was not simply a plug and play item like all graphics cards I have installed before.

Pros: I was easily able to play any game; Battlefield 3, Skyrim, League of Legends; on total ultra with the max 60 fps locked. Never drops below 60 fps. Its very quiet and always cool.

Cons: Is kinda bulky, as most cards are.

Overall Review: I have only used it for about 2 weeks now, but I have no complaints. Easy driver installation, everything popped in and ran perfectly. I can see myself with this same card 4 years from now. 5/5

Pros: 60 fps+ on the vast majority of games. Stays cool at full load for extended periods (<70 degrees Celsius). Strong price for the performance. Low power consumption. TXAA is pretty awesome. TL;DR Solid card that gives what you would expect, strong and consistent performance.

Overall Review: Overall a very strong choice for people who don't have $400+ to spend on a graphics card. Upgraded from a nvidia 460 and it's a pretty big jump. The card isn't exactly quiet, the fan gets quite audible when it revs, but it's not too loud either. The power is worth mentioning, because it allows you to use only 1 PCI-E power connector, making multiple card setups much easier. If you plan on buying a card to overclock it, this card is not it. The card's built in overclock is much higher than advertised, and keeping a stable overclock nets little benefit. To get a reference of performance(1920x1080): Battlefield 3: 60-70fps on max settings, 2xAA Tribes Ascend: ~80fps on average on Very High Starcraft 2: On extreme with AA enabled it basically never falls below a playable level. Uncapped it sits at around 170fps. Guild Wars 2: This one is a bit tricky. With Shadows and HDR on high, and everything else on max with AA, I could get a stable 60fps. It will drop when there are many people on screen. Probably memory bandwidth. Planetside 2: ~60fps at all settings max. Assassin's Creed 3: Was able to get a steady 60fps when shadows and environment were at high, everything else max, AA at high. At max settings with TXAA enabled, 30-40fps. League of Legends: Why not? Uncapped I get 370fps on max settings. Hue Some newer games it may have trouble with, but otherwise you will get playable frame rates on all games. Cheap and effective upgrade for 2+ year old cards.

Pros: Runs everything on Ultra / high settings at 1920 x 1080 resolution. Streams movies to HDTV while using computer for simple tasks (Word, Excel, Outlook). Works great with two DVI Monitors and an HDMI cable running to the TV for this.

Cons: Had to RMA the first card. This was a fresh system build, started getting an error "Nvidia Open GL Driver Lost Connection - Error Code 7", followed google searches to try and correct error and worked on it for about a week with no success. Contacted Evga tech support, they had me try it in a known good system, it caused stability issues there and did an RMA on the card. No Flaws since.

Overall Review: I gave it four out of five stars because of the RMA. EVGA tech support was great though, in part because I registered the card online when I first got it. Make sure you install the sound drivers if you want the card to send sound over HDMI to the TV. Intel Core i7-4770K ASUS Z87-PLUS LGA 1150 EVGA GTX660 16 GB DDR3 1600 Memory 128 GB SSD 2 TB HD ASUS Blu-ray Burner BW-12B1ST Windows 7 Pro

Pros: Limited by my monitor 1440x900. Ran it on my 1080p LCD TV and still get 60+ fps. Some new games requires more power on ultra so messing around with the settings will still get you 60fps. Will go 60fps on high, medium/4x AA on any game. Resident Evil 5, Resident Evil 6, COD 4, L4D, L4d2, BBC2, Dead Island, Sniper Elite, Sniper Elite, Zombies, Crysis, DOD:source, CS:source, and Company of Heroes all run 60 FPS max. The only one is Sniper Elite zombies require me to turn down the AA to low and will get 60fps. This is for min. which I don't care much for avg. and max. Also, it came with Assassins Creed 3 at the time, but the game is garbage and uninstalled immediately after an 2 hours of playing. Also, better drivers compared to AMD. Upgraded from a HD2600xt and that one keep crapping out in drivers. My brothers HD 6750 will get consistent bad drivers. Looking at many reviews, Nvidia will always have better drivers. AMD will always get bad drivers from the first year of release and will no longer have any good drivers after 3 years from release. Exhaust type GPU makes inside case cooler.

Cons: Used to be cheaper than the OC version. Looking at gaming benchmarks, GTX 660ti and higher end cards, make little to no difference in gaming other than higher passmark scores. GTX 650ti boost is a better value for now. Runs very hot. Without top case fan and stock intel i3 3220 heatsink it goes up to 78C in BBC2 max settings. With all my case fan and Xigmatek Gaia it goes to 46C in RE6 max settings. Idles at 25C. Running max speed at 74% (restricted speed by EVGA Precision X). 75F/29C room temp.

Pros: Definite bang for the buck. This is a great card for the price. It can run most things wonderfully. With just 1 card, BF3 was about 40-50 fps. In SLI I can run BF3 at an average of 90 fps on Ultra settings. Stays cool. With my current setup, with just one card under full load the temperature was never above 65c. With two it rarely gets to 60c.

Pros: Upgraded to this from my GTX 480, and I do notice quite a difference. Everything runs much smoother, not to mention cooler. In my NZXT Phantom case it stays around 35C on idle, and between 60C-70C under loads. I haven't overclocked yet, not sure if I'll even need to! but this thing gets about 50-70 frames on Natural Selection 2 on the highest settings, which is awesome.

Overall Review: Good price for what you get

Cons: Card has audible electrical buzzing coming from the card. EVGA support labels it as coil whine... They said it can be normal operation of the card. I have had many cards over the years, and never had to hear electrical buzzing. The sound is more audible then the entire PC, and even the fan on the GPU. If I am not using headphones, I can hear the buzzing sitting away from the PC with the case closed up. Unfortunately my only options are to receive another of the same model, however EVGA said it will most likely be the same case. I have tried in two different systems as well as upgraded power supply.

Overall Review: I may, for the first time, move to an AMD and try them out. 7870 GHz ed. is similar in price it seems. This is also the first build I moved from Intel to AMD for a personal PC, and I am very pleased with it. While I like EVGA, it's frustrating to pay a lot for something and it not be up to par with other similar products and now I have no options but to try to sell on Craigslist... and we know how that goes. I also believe in karma... so I will have to let them know that is sounds like a mini taser while gaming. Haha. Worse things can happen. I will live :)