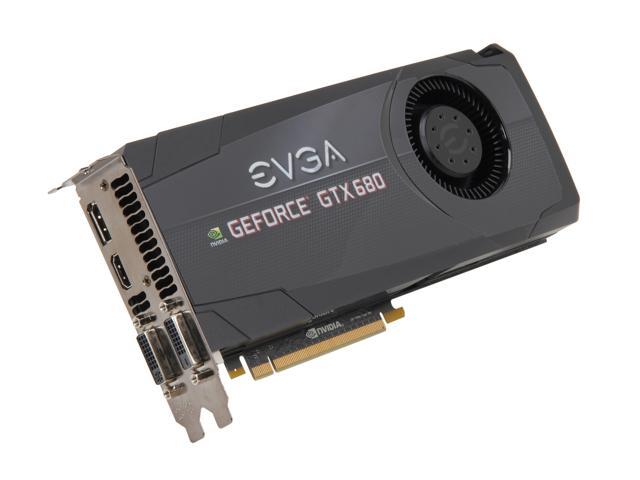 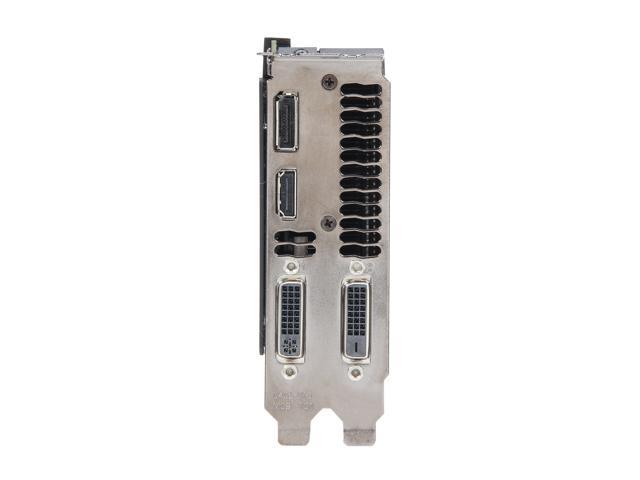 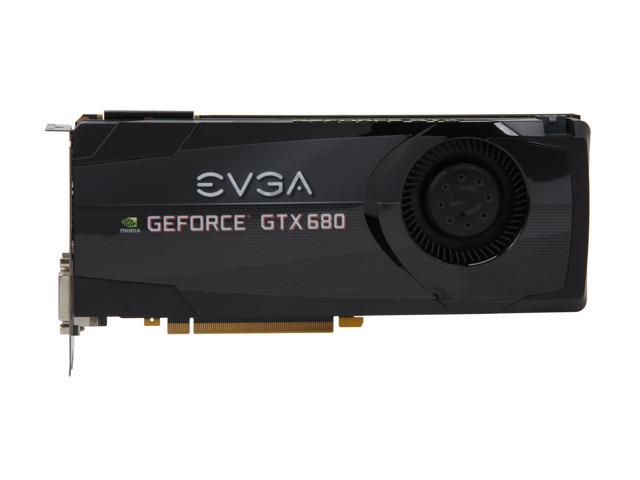 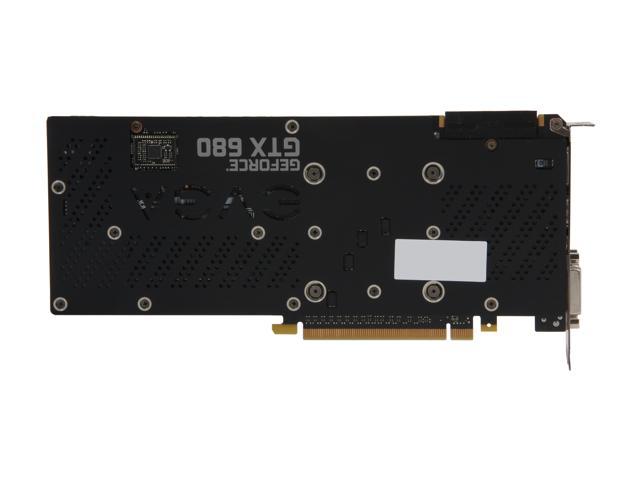 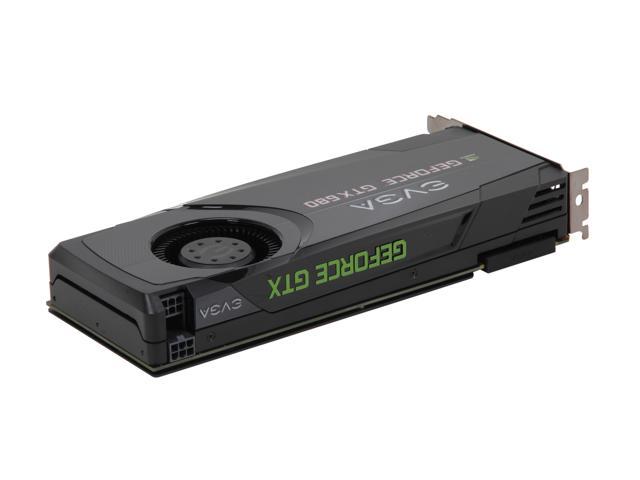 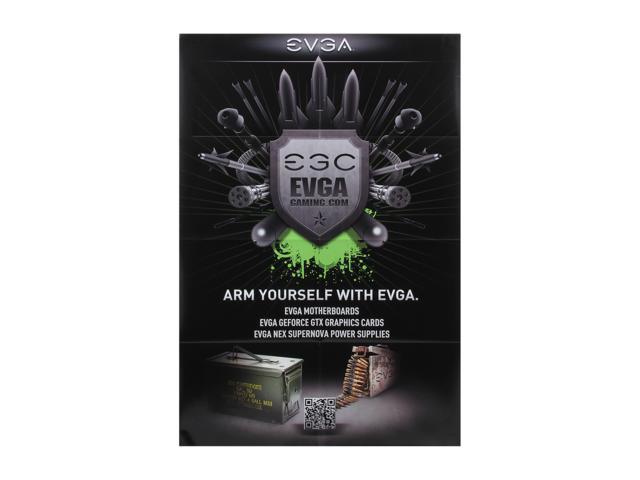 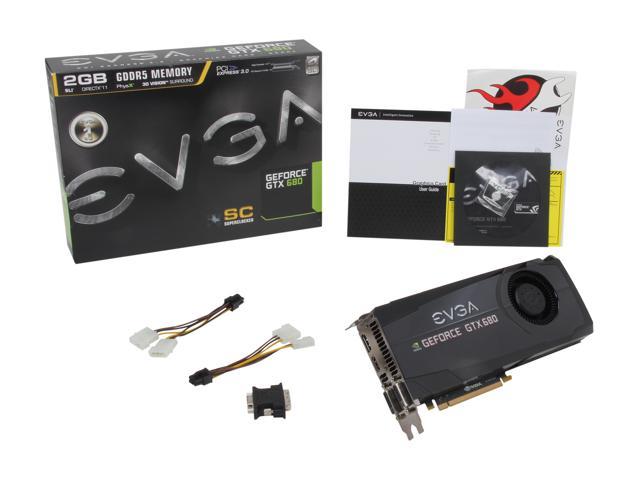 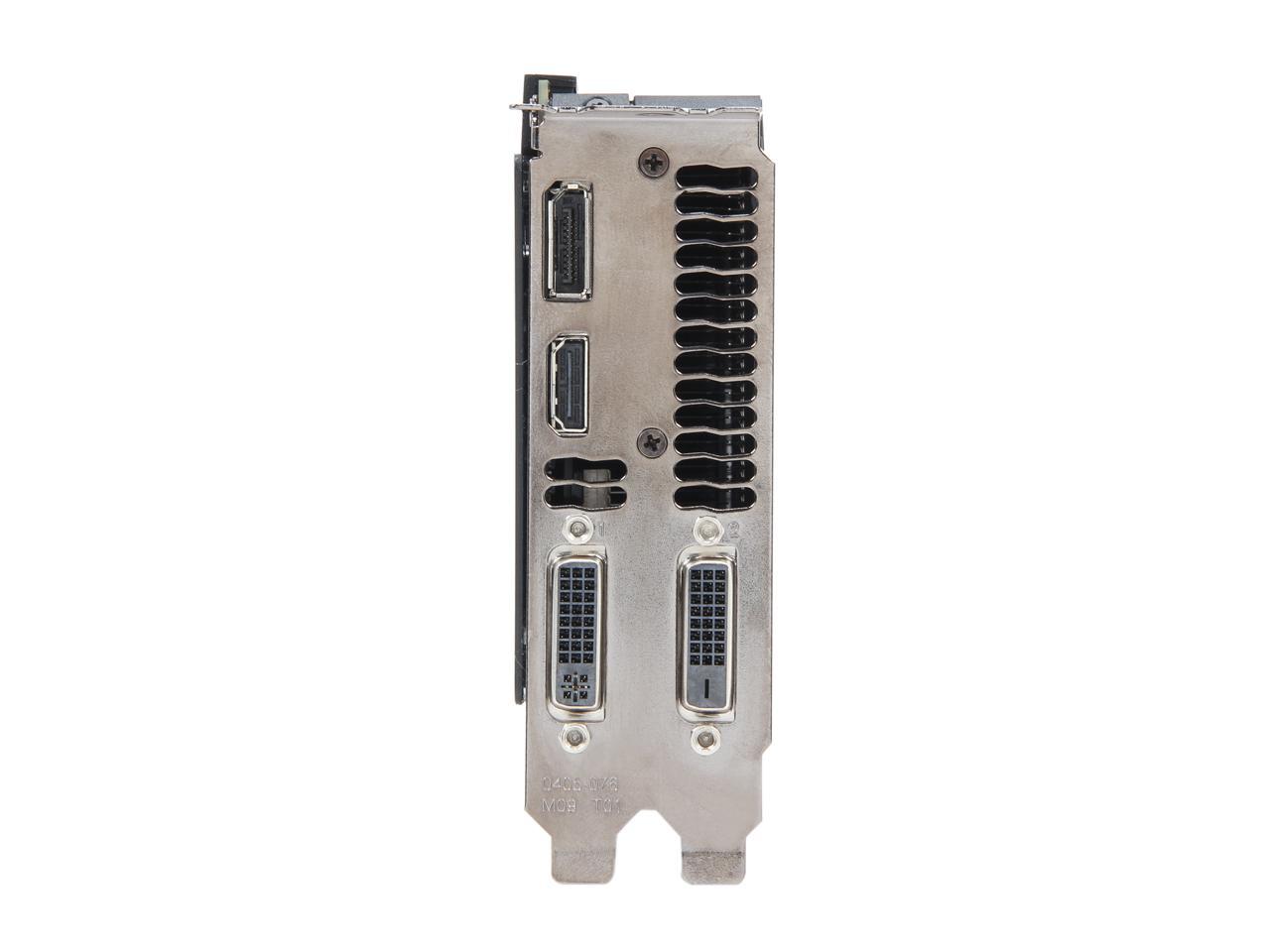 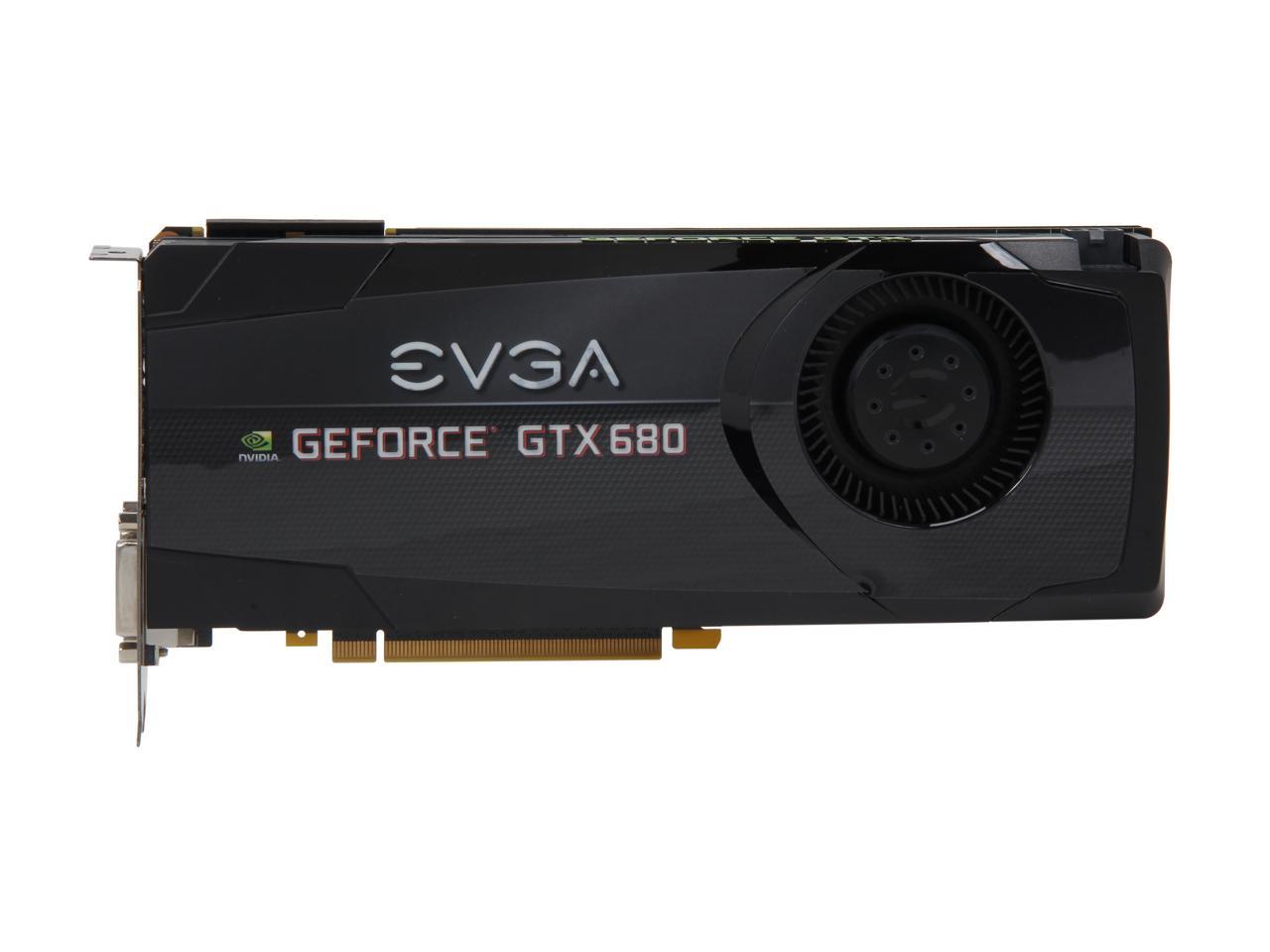 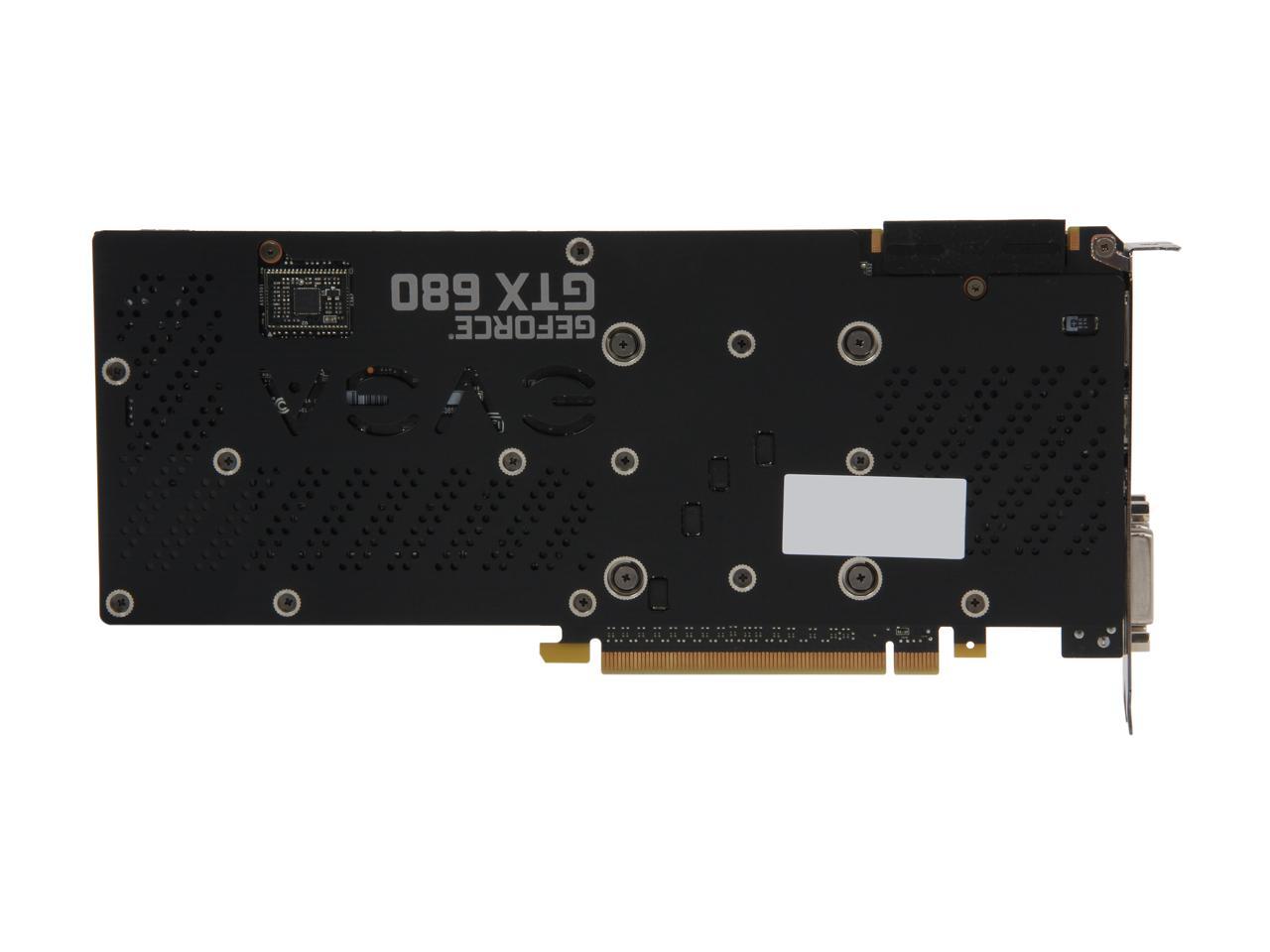 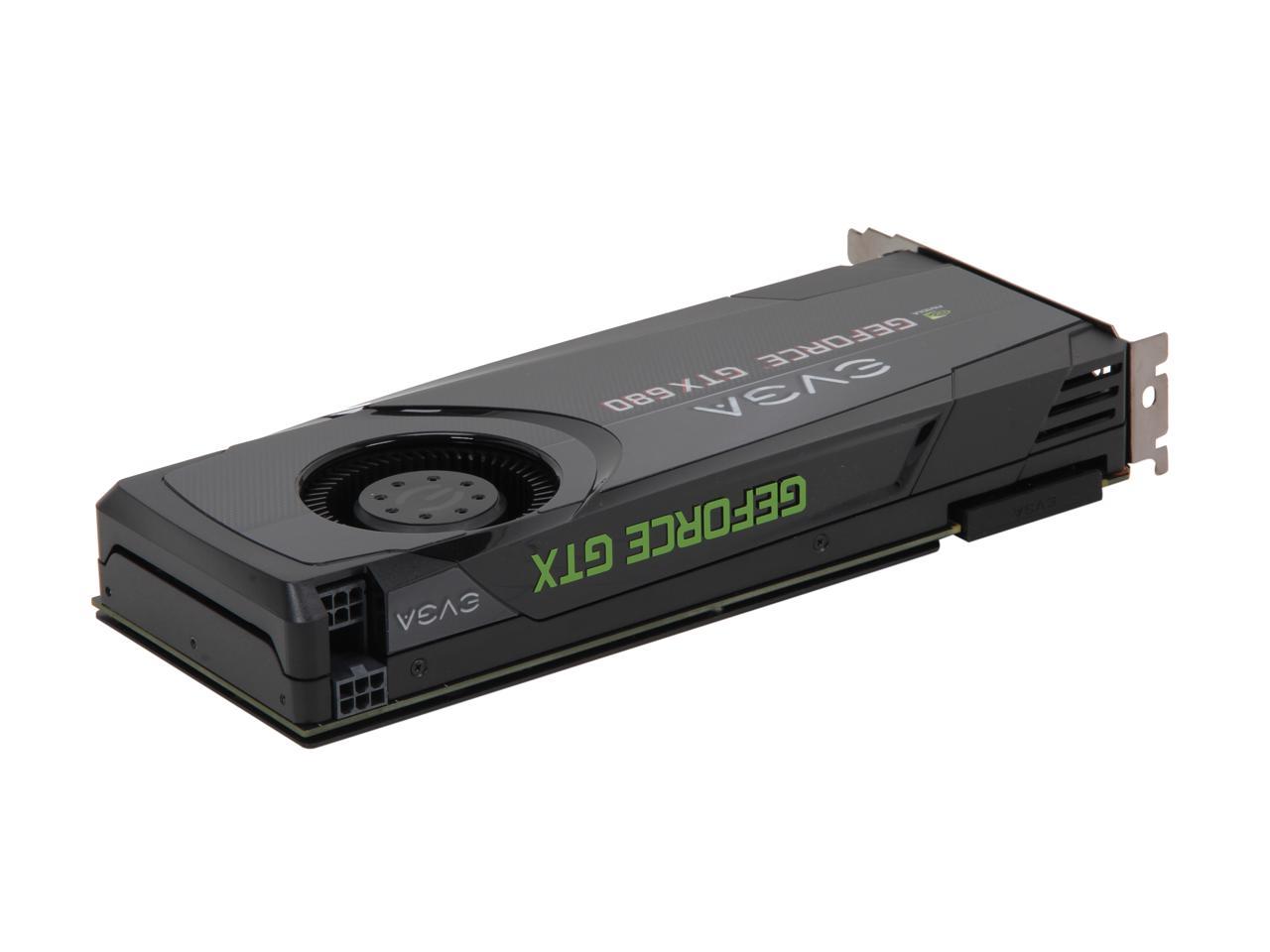 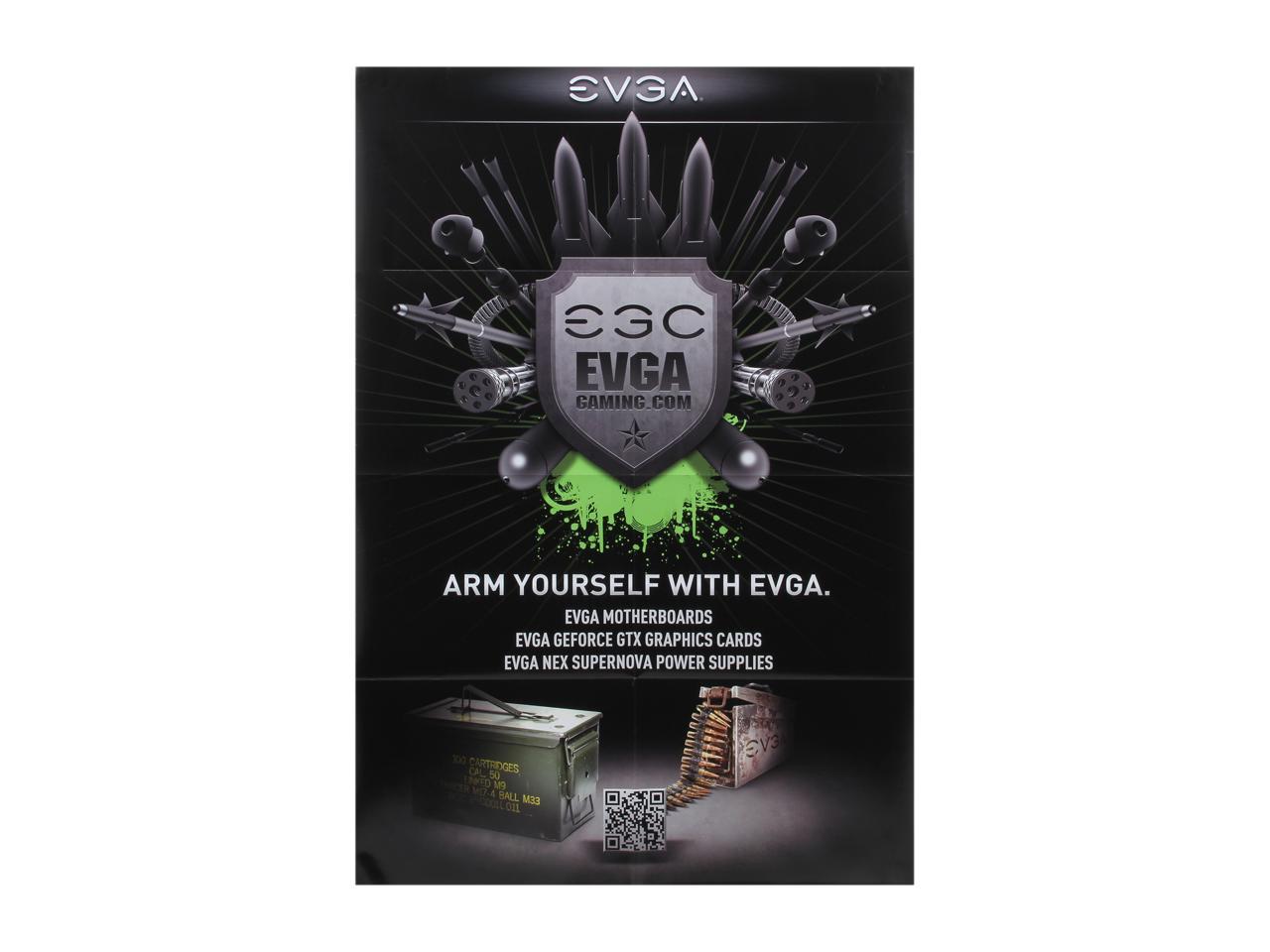 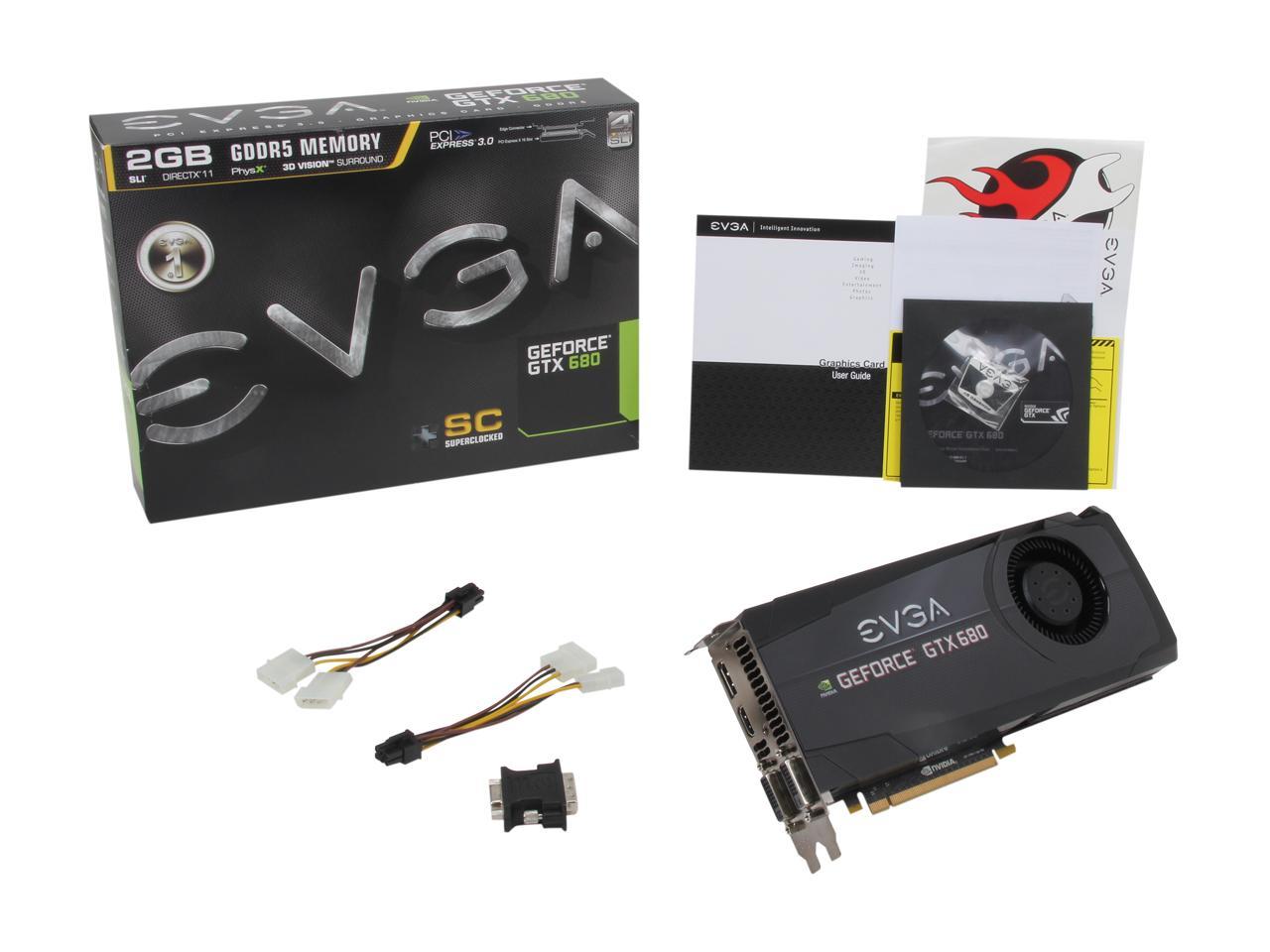 Get to the next level with the EVGA GeForce GTX 680. This card delivers truly game-changing performance that taps into the powerful new GeForce architecture to redefine smooth, seamless, lifelike gaming. It offers brand new, never before seen features that will redefine the way you think about performance graphics cards. Expect more from your graphics card that just state-of-the-art features and technology; get faster, smoother and a richer gaming experience with the EVGA GeForce GTX 680.

Pros: 1. It's EVGA and they as usual offer a very good warranty and even have other warranty options when you register this product on the EVGA website. Their customer service has always been amazing when I needed them in the past :) :) 2. Low power consumption which is great. 3. Very quiet in my COSMOS II case 4. Card is around 10"-11" long 5. Backplates are always a plus!! Some people even claim a 1 or 2 degree drop in the temperature of the card but that is still yet to be a proven fact. 6. The backplate makes this card look absolutely amazing. Very good job by EVGA on the backplate! 7. If you really wanna overclock this fella then by all means you can. Very simple. So easy a hardware/OC newbie can figure it out in under 5 minutes. So easy and so stable. 8. I run all my games at 1920x1080 on a 42" LED Sceptre tv/monitor with most all settings maxed and I get no slow downs or hiccups.

Cons: 1.I keep hearing complaints about how this card needs more memory from all these customer reviews on various websites. This thing has PLENTY of memory for the everyday gamer. You do not need anymore than 2gb unless you start getting into heavy video editing or want to do an insane resolution which most casual gamers don't. If you want more ram then buy the 4gb version and stop complaining about this card. 2. Price- but nowadays the prices for GPUs are waaaaaay overpriced as they are 1 of the 3 major parts of a system. No way to avoid that and Newegg cannot be blamed for it of course. 3. I usually try and find flaws with a product but I cannot find anything about this card that even bugs me just a little. Simply a flawless EVGA product like always. 4. I think I ordered the last one as when I did it said "out of stock" on the product page so lucky me! :) Sucks for other people trying to get this though. /cry

Overall Review: 1. I am coming from x2 EVGA GTX 560's (non Ti's) and this is a biiiiiiiig improvement over those cards. Big big big big improvement! This single 680 card smokes my old 560 SLi setup. 2. Make sure your case can fit this jewel (see above for length). I have the COSMOS II which is massive inside so I have tons of room left :) 3. This card screams quality and style, which I like. It really makes my system look a million times better and I plan to buy another in the coming months for SLi just because I can. 4. As usual newegg has amazing service and VERY good prices. Their customer service is simply amazing and so easy to get things taken care of. GG to you Newegg :) I have spent thousands with you and I plane to spend thousands more! 5. UPS....you guys need to learn to STOP THROWING MY PACKAGE because you are to lazy to walk 8 extra steps to set the package by my door. Lucky newegg does very good packaging :D :D

Pros: - Excellent performance. Coming from a GTX 460, this was fantastic. - BF3 at 1920x1200, everything maxed, 4x MSAA -- 60fps. - Low power usage. - Quite quiet. Heh. - Shorter than most high-end cards. My case can fit anything, but hey -- I'm not complaining! - Sleek backplate screams quality. - Drivers are excellent, as is the norm with NVIDIA. - Excellent EVGA customer support, also as per usual.

Cons: - Could have a bit more RAM. Do note that this is only for people going _insane_ with Skyrim mods, or else playing at stupendous resolutions. It does have enough for anything else. - The overclocking can be a little wonky. I recommend setting a fan curve to hit max speed right before 70C or 80C -- the GPU will throttle itself 13MHz on each interval. Not a big deal.

Overall Review: You get a wonderful transferable warranty through EVGA, along with cross-shipping if you put down collateral -- take a look!

Pros: Just upgraded from SLI GTX 460 1gig to GTX 680, wow what a difference. Tested it on Black Ops 2, Medal Of Honor and Skyrim at max settings, Flawless.

Pros: GTX 680 was one of the best graphics cards out when I made the purchase.

Cons: eVGA does not appear to have properly tested their OC as I had to downclock the video card to keep it from crashing during long gaming sessions.

Pros: This card unlocks the computer to pretty much do what you want when you want to do it! No need to worry about system requirements with this card unless your running an outdated CPU or somthing else. Gaming graphics are intense just waiting on the next game to take full of advantage of this card and push it to the limit... This card is worth the money if you have it.. i'd say clinch your teeth.. and make the purchase.. just make sure you have a newer CPU to max out the card i paired mine with I7-3770k

Cons: The only issue i have is that for some reason whenever i bootup my computer the monitor doesnt recieve the signal from the video card.. so everytime i have to unplug HDMI cord and REPLUG it in. just to get the monitor to get signal for a $500.00+ card this should not happen. It is really annoying. I'm pretty sure its the card not the cables because i bought brand new HDMI cables. Im going to try to switch cables just in case when i get home today just to make sure...

Pros: Card runs great plays everything on high with great FPS! also its not loud at all even during game play.

Cons: none at the moment. price is fine with me. need to buy another

Pros: 1)EVGA step up program is huge. 2)EVGA reliability is also huge. 3) Less power draw and heat dissipation then my old EVGA GTX 570. 4) I can easily sell my old video card most likely before I post this review. :)

Cons: I was pulling my hair out trying to get lucky enough to score one of these video cards.

Overall Review: The card is huge so make sure you have the room for it. I installed this on an Asus P8Z68-V Pro GEN3. It fits in my large case. This is only a temporary home for the card as I will be building a new computer in a few months and the current one will be a file server.