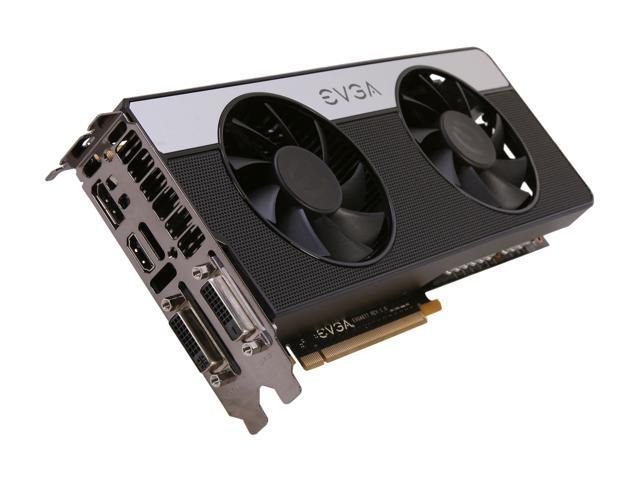 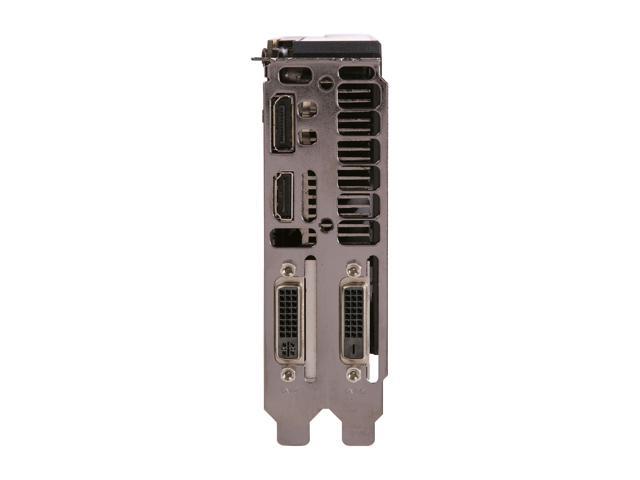 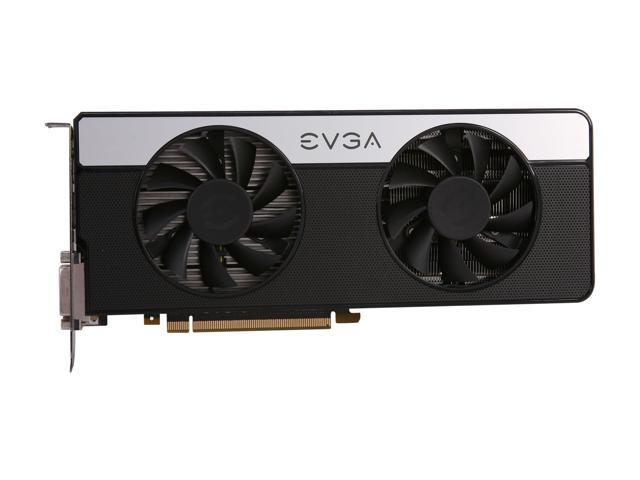 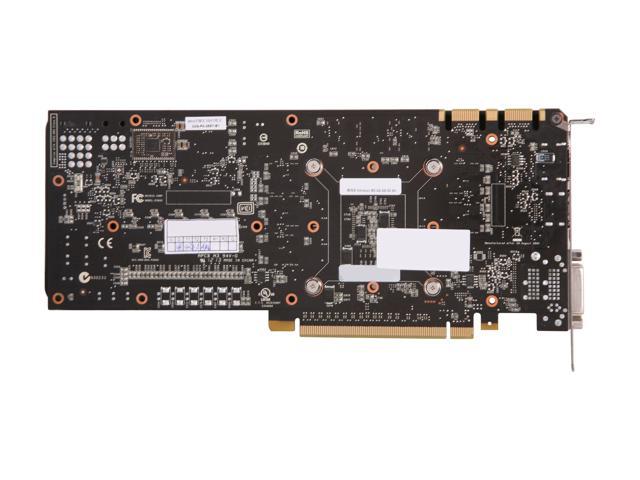 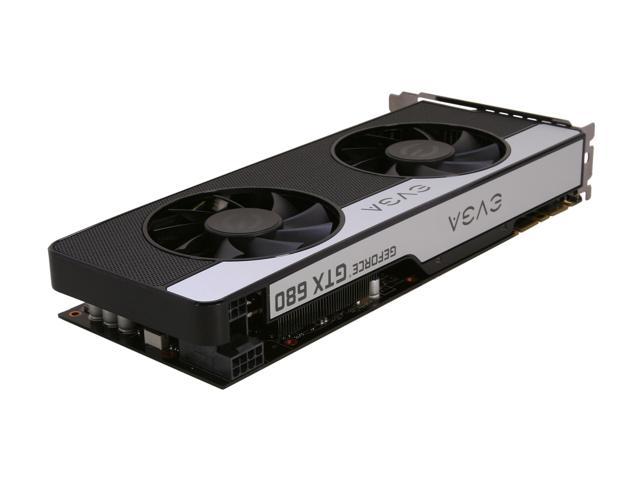 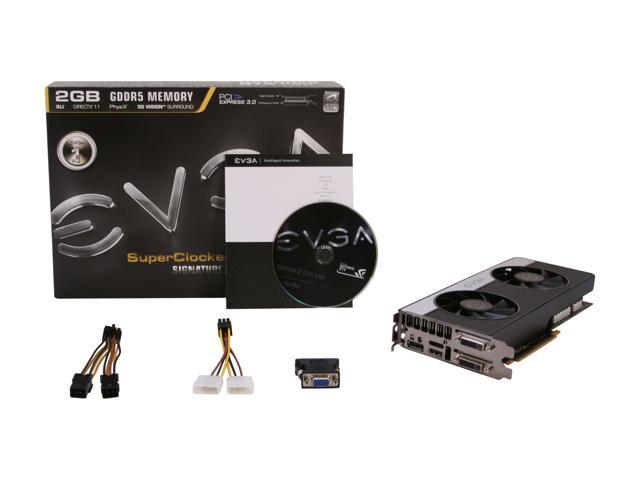 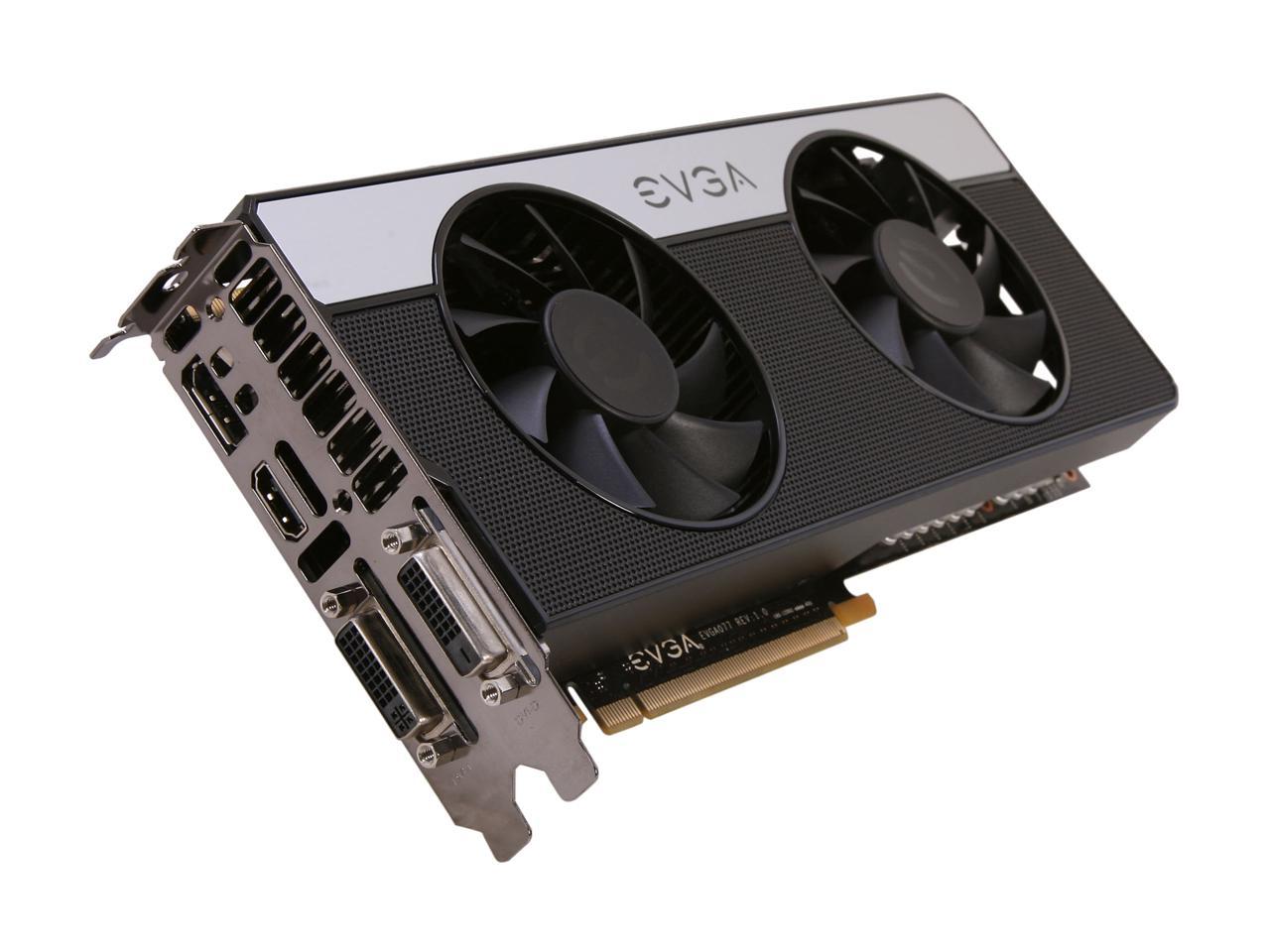 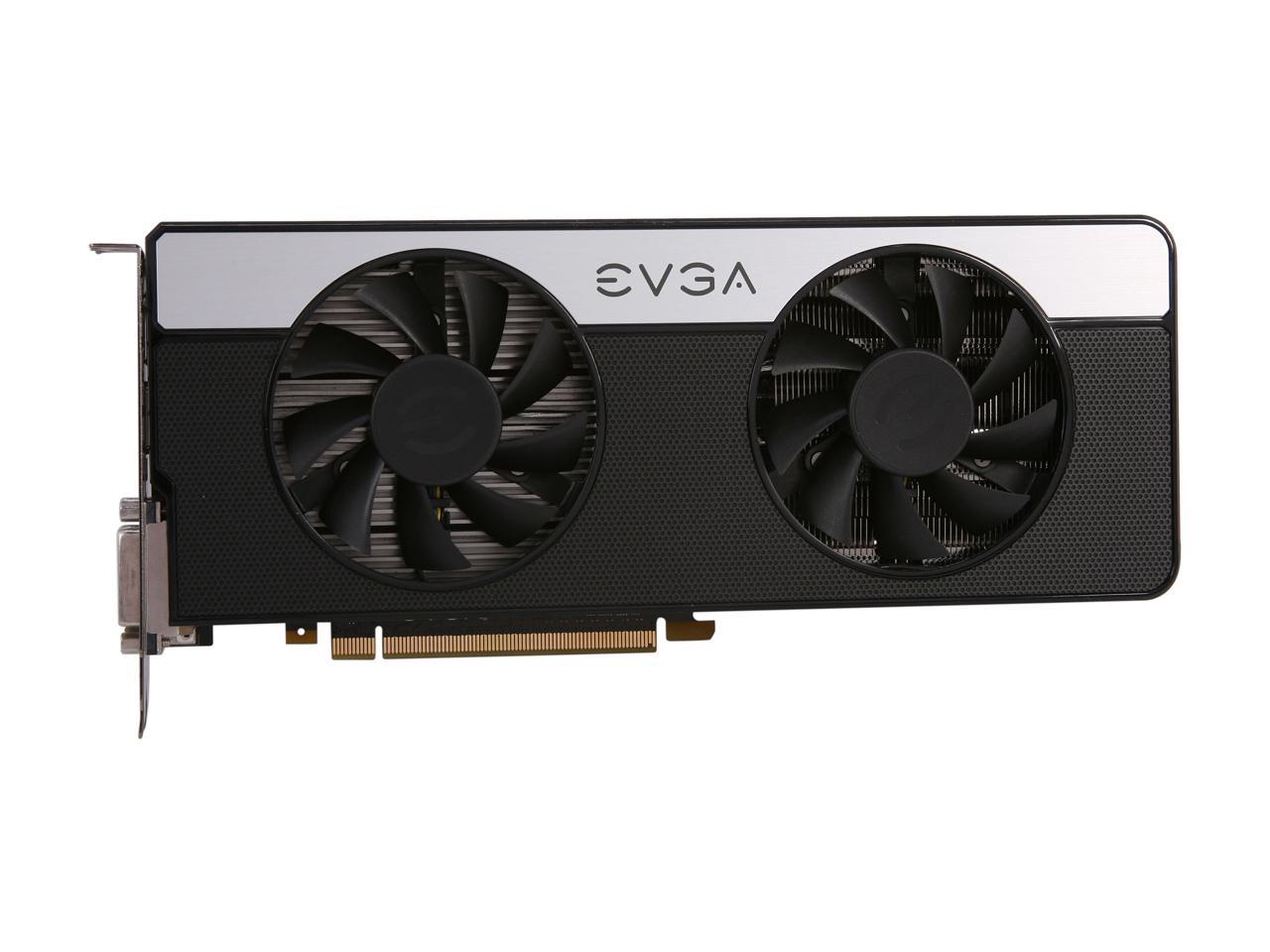 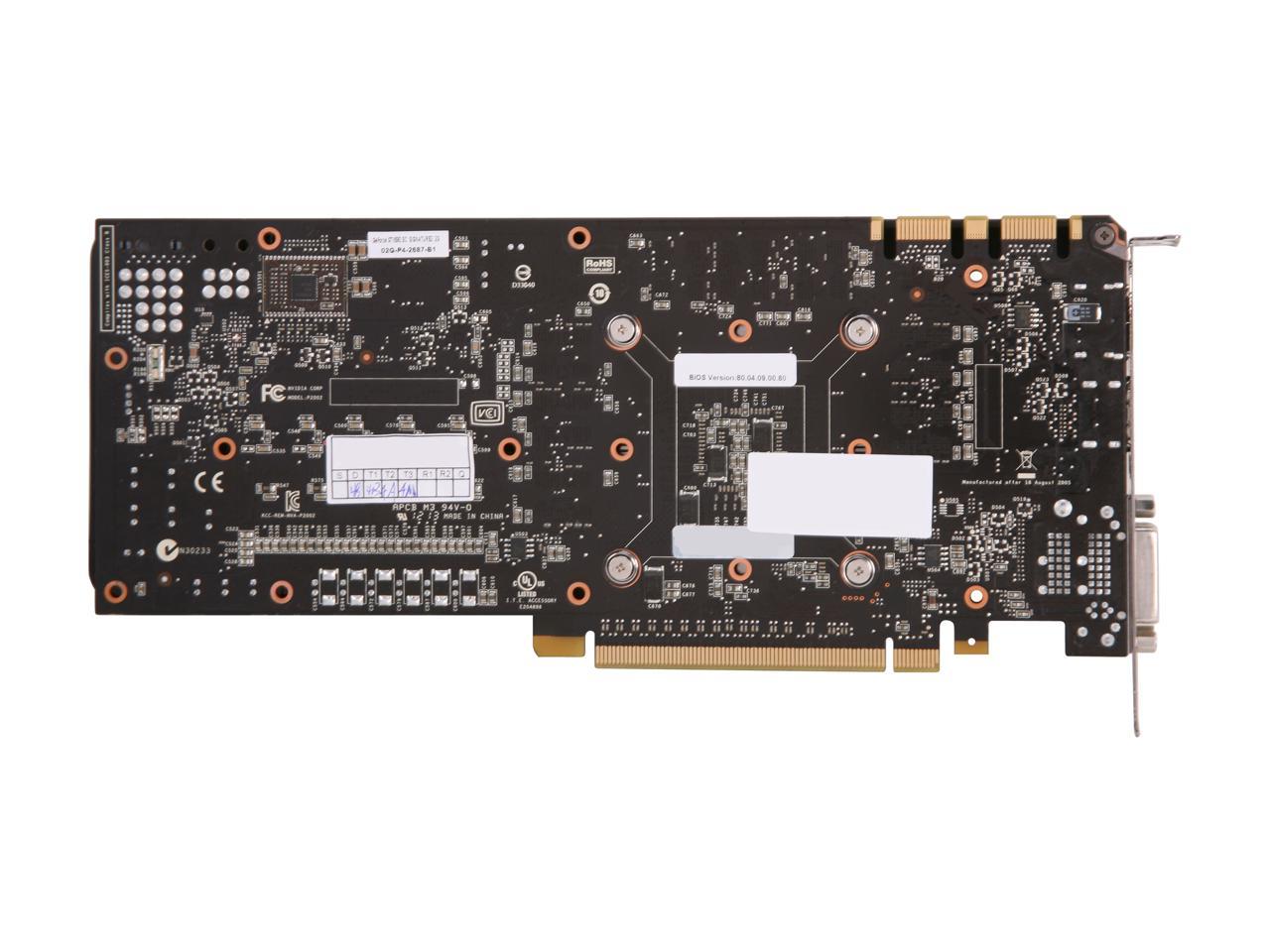 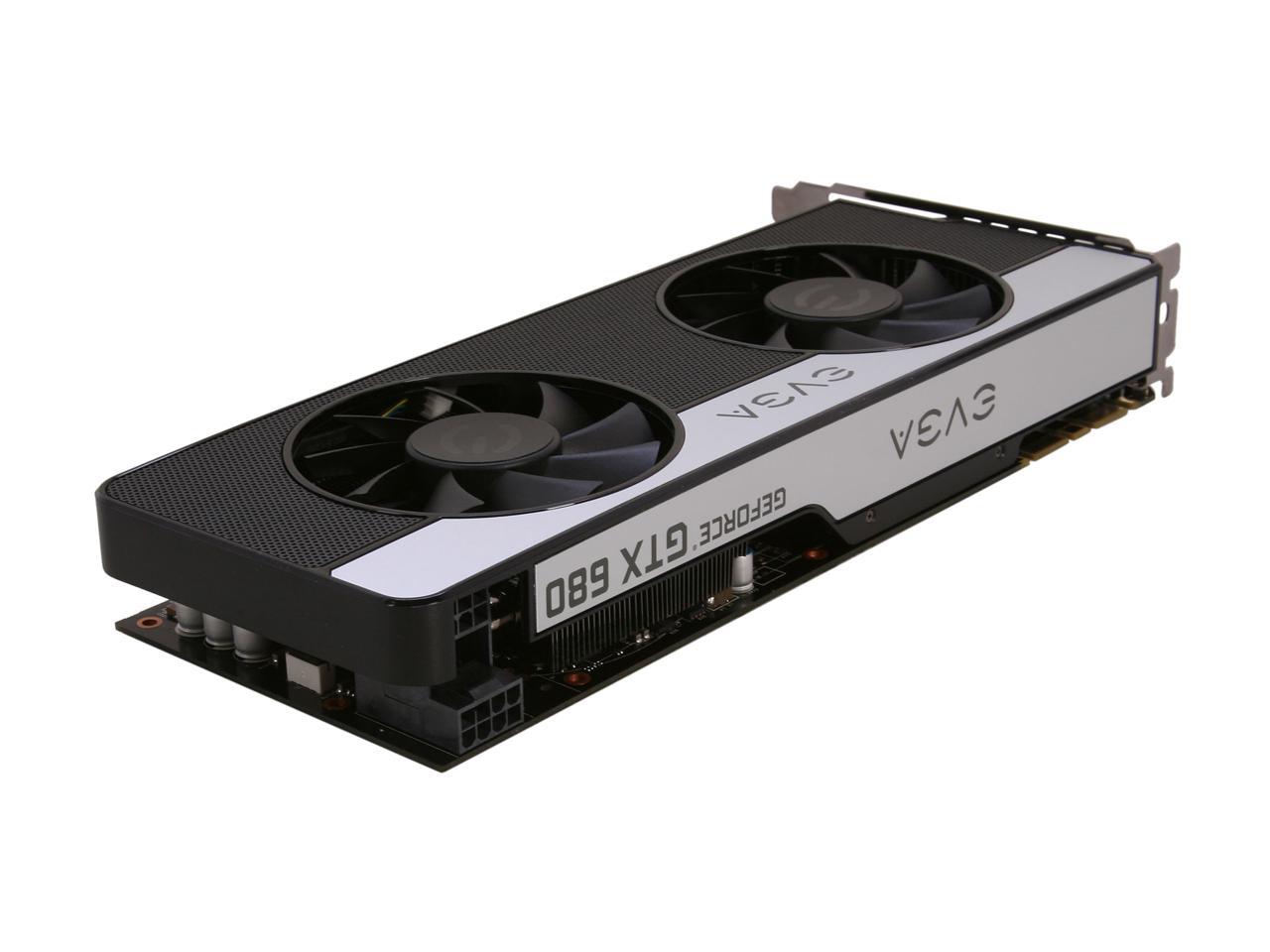 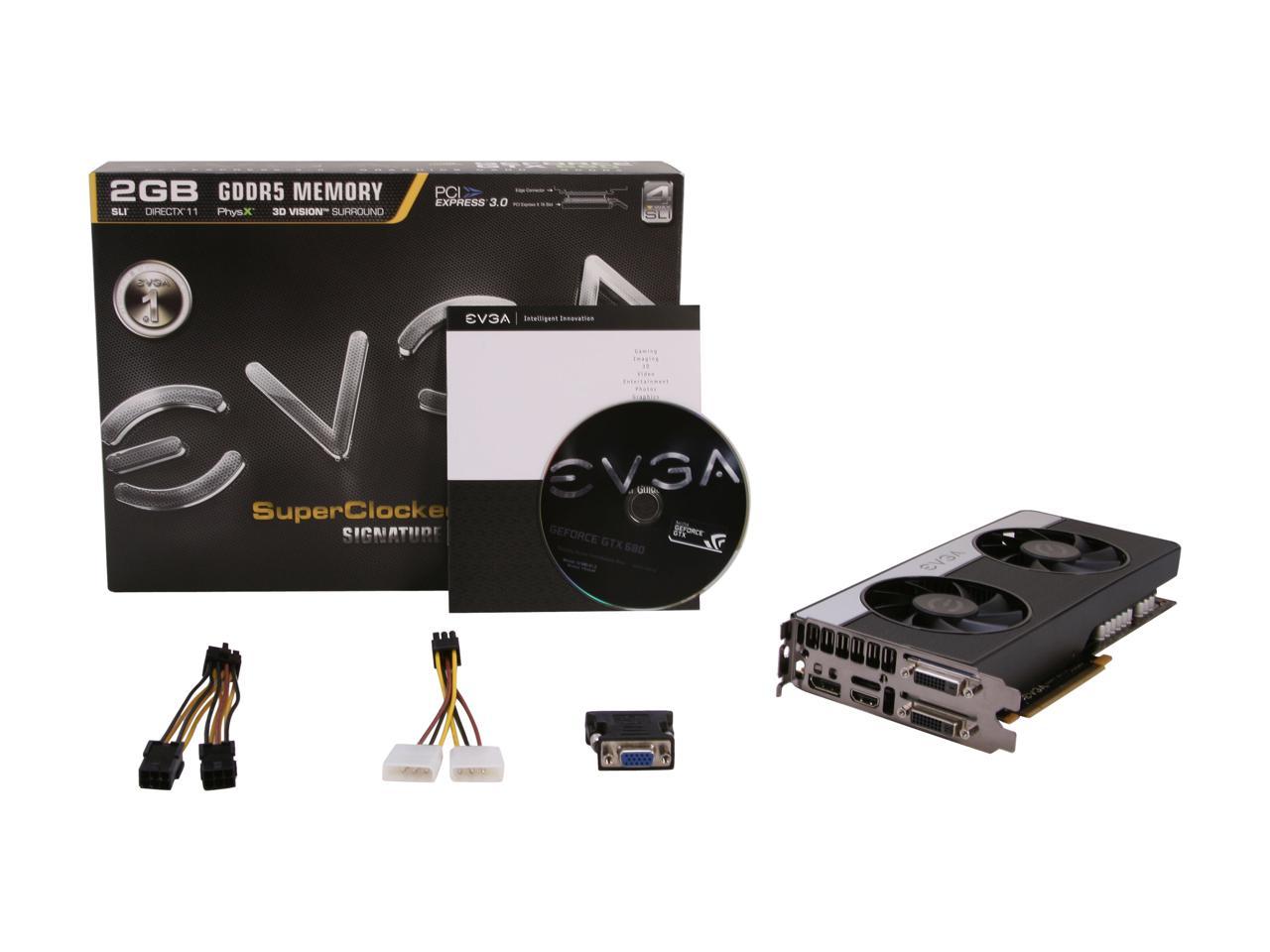 Powered by the fastest and most power efficient GPU ever built by NVIDIA, the EVGA GeForce GTX 680 graphics card changes your game with unprecedented performance and features. This card is based on 28nm Kepler architecture and built around 1536 CUDA Cores with 2GB/256-bit GDDR5 memory, producing reality-redefining power and bringing smooth, seamless, true-to-life gaming like you have never experienced before. It’s also factory overclocked to 1097 MHz Base Clock/1163 MHz Boost Clock, a level higher than the 1006MHz/1058MHz than reference design, to pump out higher framerate in the hottest titles. Dual silent fans deliver quiet cooling. More than speed, this card packs support for all the premium GTX gaming technologies such as NVIDIA Surround, 3D Vision, PhysX and SLI. With these features and more, the EVGA GeForce GTX 680 gives you more than one way to elevate your experience.

Cons: no cons at all

Overall Review: I have this card hitting 1240mhz on the core and 6600mhz on the mem. I get close 11k on 3dmark11 and 52fps on Heaven. Never hits 70*... Can't ask for anything better. I went through 3 GTX 670s and was happy to find this gem during my third RMA. This is an amazing piece of hardware.

Pros: Easily handles everything thrown at it. Probably a bit overkill for what I am using it for, but should last for several years giving me high frame rates with great settings. It is worth every penny.

Cons: None come to mind. This thing is just amazing.

Cons: Could use a bit more Vram for running at higher resolutions. I don't need it since I run at 1920x1080, but if you're going to run 2560xXXXX you'll probably need an SLI or 4GB model. Planning to SLI in the future. Was expecting a bit more performance in the witcher 2.

Overall Review: Great card for the money. If you can't decide which model 680 to get, i recommend this one above all others. Upgraded from gtx 470 sli. Significant performance increase. Not absolutely crazy increases, but Quieter, cooler, and consuming less power. It's also much more stable than my 470 sli. This card will future proof you for quite a while. And when it doesn't, just throw another on there for a wicked SLI performance boost.

Pros: The superclocked version of this card is outstanding! I love the 680. The new Anti-Aliasing has really hit home, making so I can't see jagged edges at all, even with close examination. This card saves me more power than my regular GTX 580, but its so much more powerful. Battlefield 3 with this card works like a dream. I'll put it through its paces this Christmas with a surround setup.

Cons: The Adaptive V-Sync is a hit and miss. It still has screen tearing, no matter what NVIDIA says. I've seen a reduction in screen tearing, but it hasn't been totally been eradicated . Maybe another driver download will change that.

Overall Review: Make sure you have a couple fans bringing fresh, cool air to the card. This card runs the hot air into your case. I almost bought the reference design with the plastic shroud, but sometimes awesome performance comes at a cost, not just money. I'll definitely buy a second one of these superclocked 680s, but that's when I actually have money to burn. Ha! I don't see why people are posting negative reviews recently. I have had no problems, but that's probably because I purchased the card in July. Things change in two months. But this card is well worth $500. Just make sure your wallet can handle so much graphics horsepower.

Cons: can get a little loud, never found a coupon for the promo so thats a loss i guess...

Pros: Cool, idles at 40C and runs at 60C. Quiet, I tweaked the fan speeds to run a little slower at 60C to keep it almost unnoticeable while gaming. Powerful, I have a 30" monitor at 2560x1600 and it can run FarCry3 at 30fps with everything maxed out. Other games run between 30-60fps maxed out. No game in existence is unplayable with all settings maxed. Overclocks well but that only gives a 5% boost is FPS so it's almost not worth it. The key to this card isn't the clock speed, it's the dual fans to give it silence while gaming. Currently comes with two free games.

Cons: None really. An extra GB of RAM on the card could help a little with higher res but reviews on 4GB cards show that they only give an extra frame or two at 2560x1600 so it's not really valid with today's console ports.

Overall Review: 30fps at 2560x1600 with everything at max is decent, that's TV/Movie frame rates. But it really is right on the edge and sometimes it does dip into choppiness. If you want 60+ FPS on a 30" screen with everything maxed, with every game, getting two of these is the only way to go.

Pros: So far so good. When playing most games, this GPU can easily handle ultra settings. The only exception would be very new games while doing nvidia surround (which i absolutely love btw). The fact that you can nvidia surround with just one card is also a great innovation. I plan on getting another soon to SLI for max performance with nvidia surround.

Cons: Although it is asking for a lot, I was hoping that I would be able to connect a 4th screen as an extended desktop. So far, i cannot find out how to do so or if it is even possible. Card does seem to run pretty warm

Overall Review: This comes with a dvi to vga adapter (even though i don't use it)

Cons: Heat? This card even with it's dual fan gets hot on max load but with enough overkill case fans putting out 100-200+cfms each as the rating on the fan changes with one's case and other factors such as location within your home and the rest of the computer parts inside of the case and if the fans are spinning at the max rpms.

Overall Review: No need for a better card unless your doing very very high end rendering or want lots of monitors plugged in at once all pumping out tons of frames. This is the fastest gtx 680 out as of when I bought it. It will overclock with the right software but for now on the stated spec sheet the factory speeds are plenty enough to tare games a new one just try to stay with 24inch monitors or below for best results on frame rate. Wish my hd tv/ monitor pumped out higher native screen refresh rate I would love to find a screen that has 120hz instead of 60hz for fluidness. I always go for overkill who cares if our eyes can only detect a max rate of 60hz I just want double the rate for maximum visual presentations when showing off graphics.