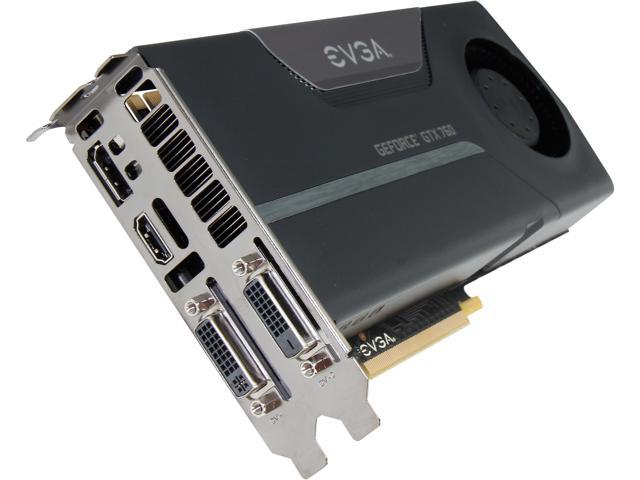 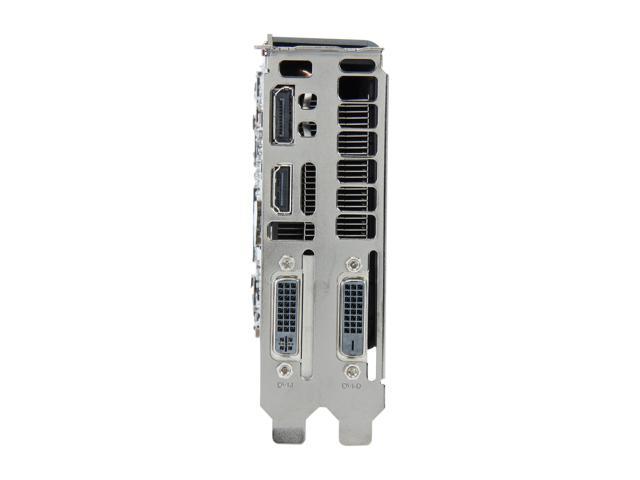 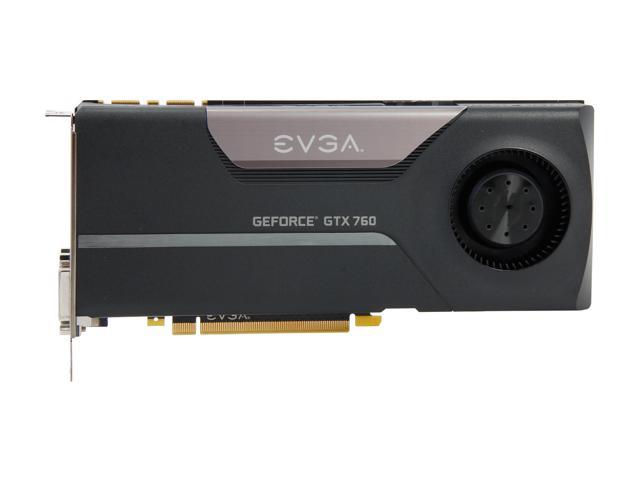 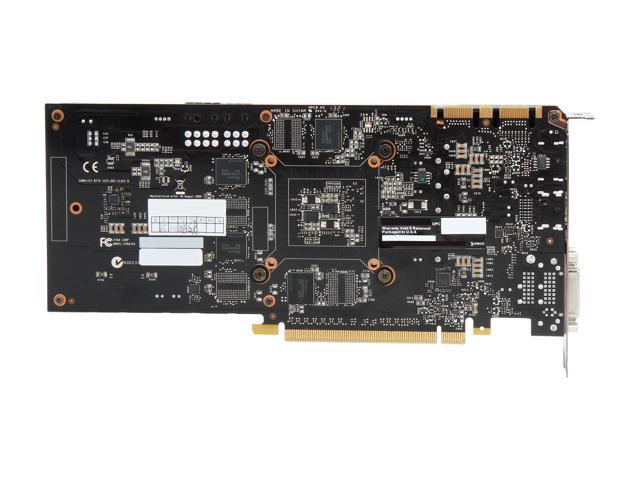 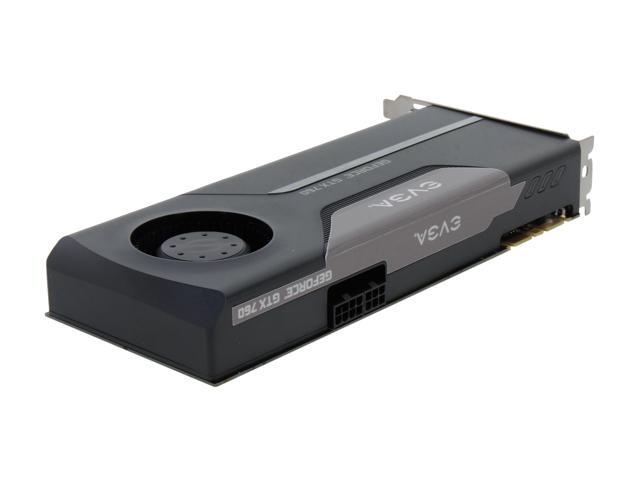 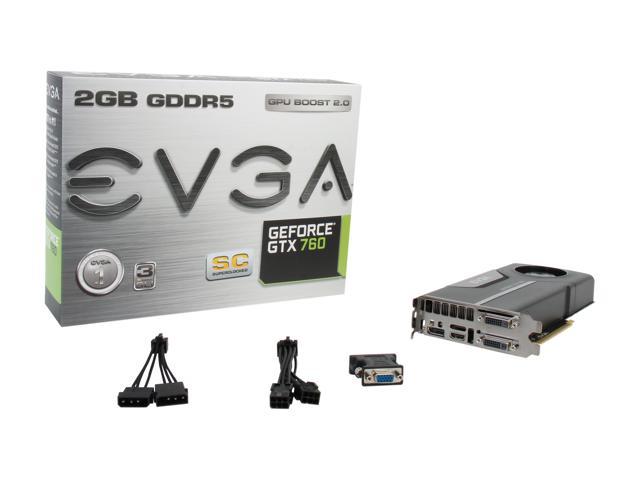 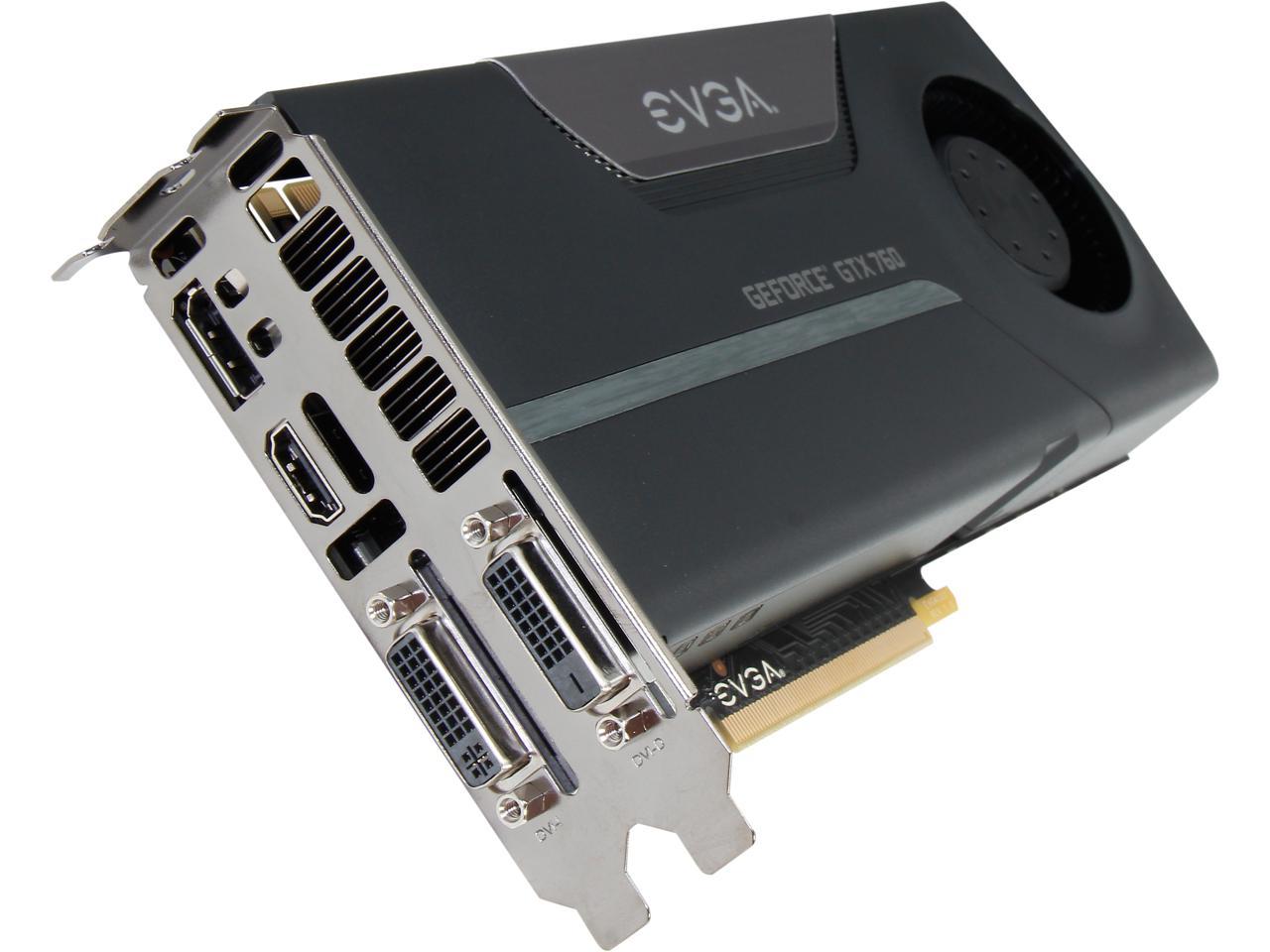 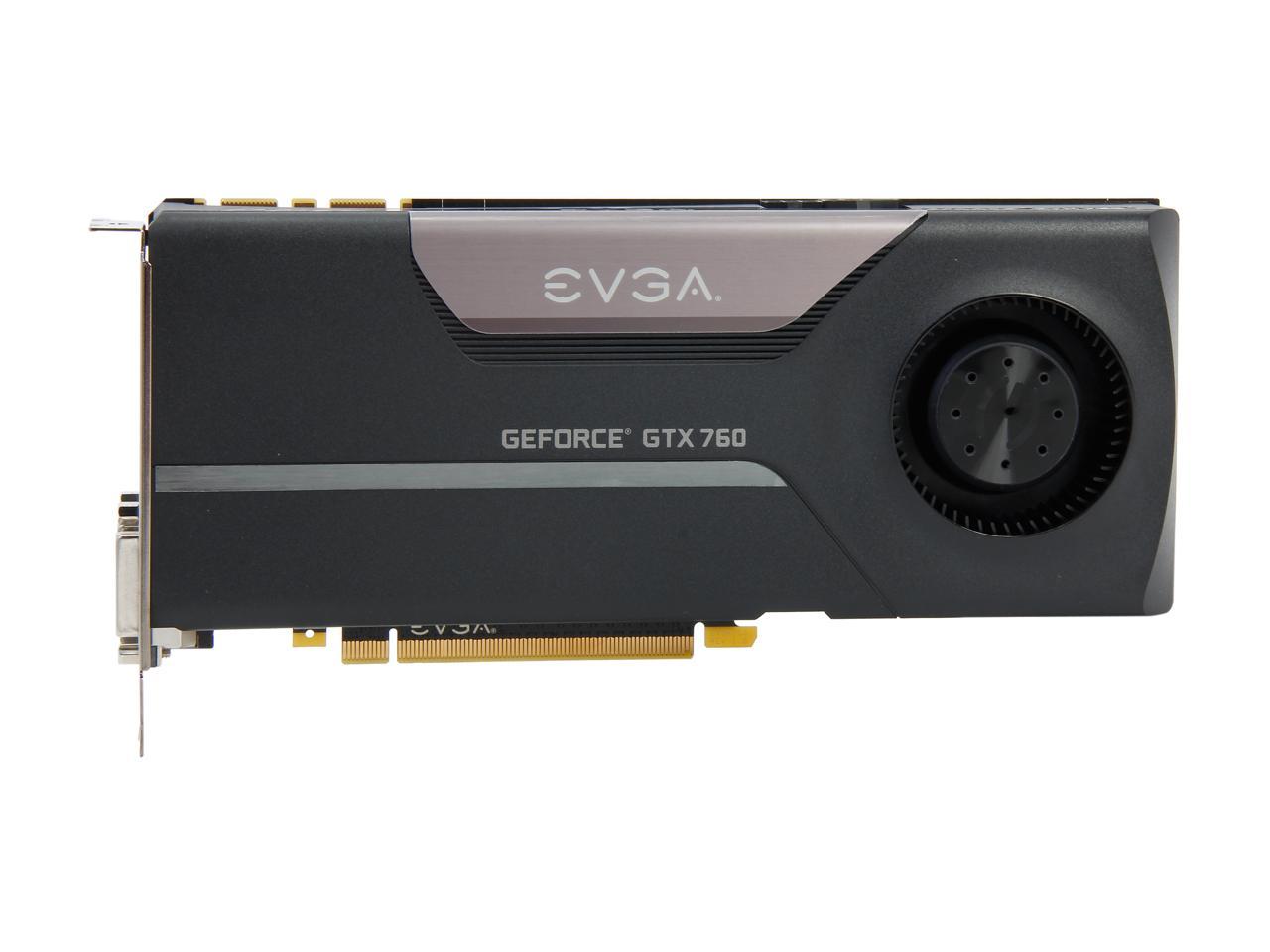 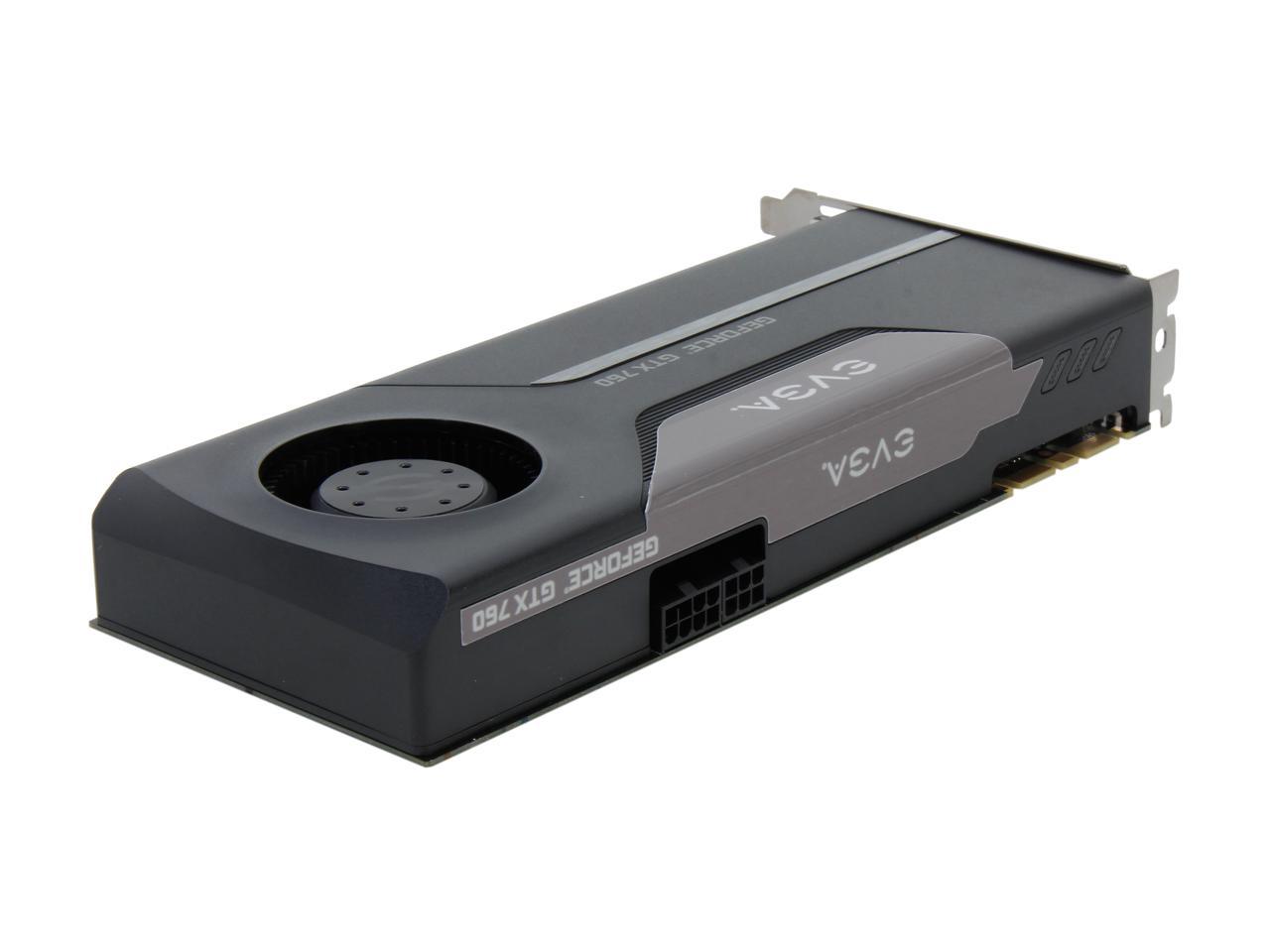 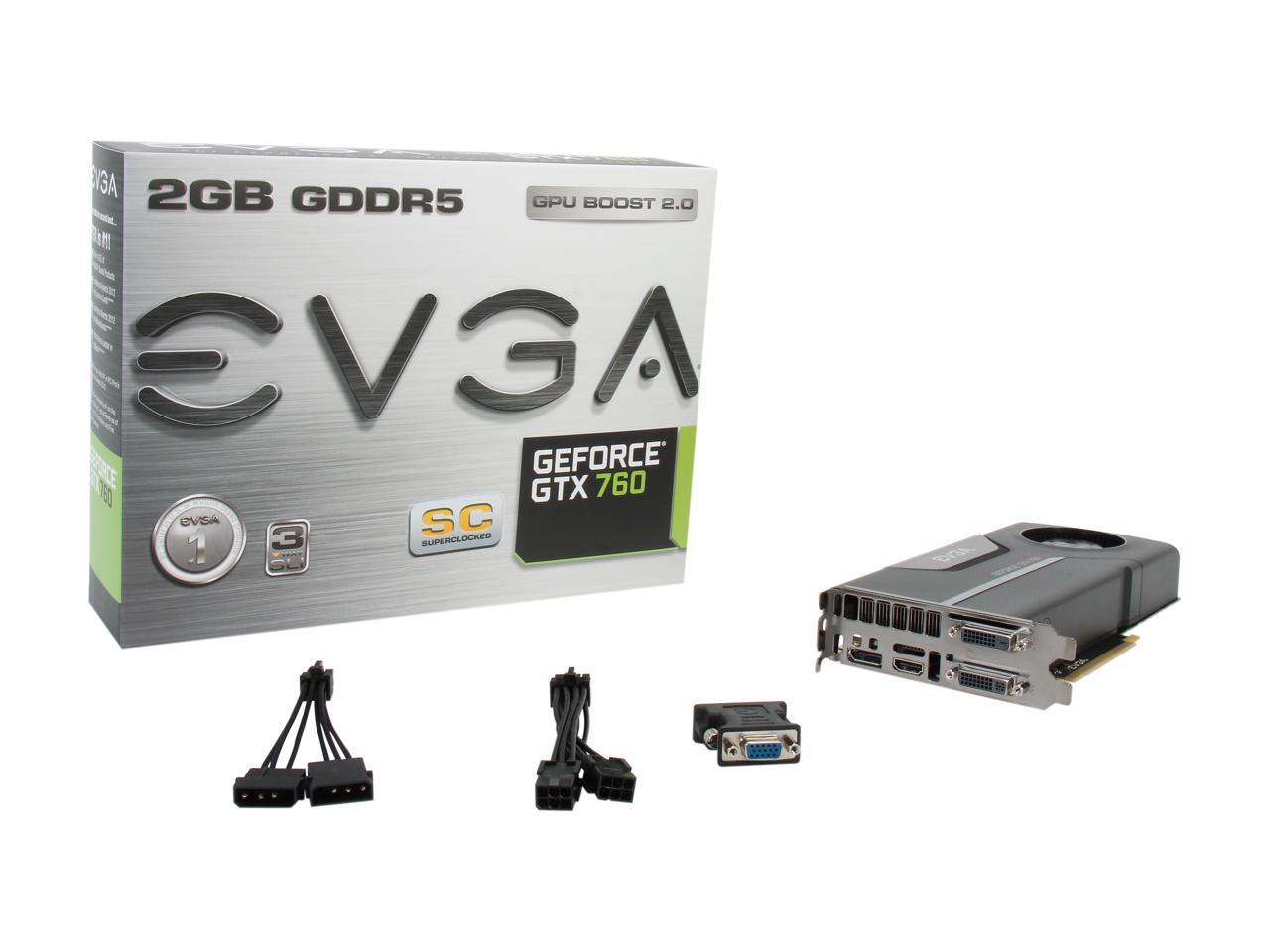 (73) Write a Review
OUT OF STOCK.
Overview
Specs
Reviews

Pros: Slim design, which ive come to love from evga and nvidia. i purchases two of these cards to replace 2 gtx 470's from pny. i didnt need to upgrade my powersupply (Thermaltake Toughpower 1000W W0132RU) and the supplied cables from evga made the installation a piece of cake. they booted up fine, updated the drivers directly from nvidia and was on my way. i love the fact that they have full sized hdmi connections on them - makes plugging in tv's and gaming monitors a piece of cake (one less thing to worry about). the frame rates are stupendous (89 on bf4 with settings absolutely maxed), no issues with assassins creed black flag or diablo 3. cod ghosts is fine too (albeit a terrible game).

Cons: none at the moment

Overall Review: this comment has NOTHING to do with these cards, but the reason i bough them from evga and no one was else based on a few things - 1, im in the military and the gtx 470's i replaced were purchased for me by my ex girlfriend at the time. when the first card died, pny was able to locate the card and serial number in their system, verify that it in fact was still under warranty and then outright refused to provide me any service because i didnt have a receipt. after explaining to 3 different managers that i was in the military (army) and didnt have the receipt as they were a gift, i was told, i was out of luck if i couldnt produce the receipt. that right there cemented pny in my mind as providing the WORST level of customer service ive ever seen. 2, after speaking to evga and dealing with them in the past, i know they stand behind their products and would do what they could to rectify the situation. i didnt have anywhere else to put this info however, i wanted other customers to know WHY i would purchase something from evga and NEVER pny. pc specs: intel core i7-2600k 3.4ghz @ 4.1ghz 16gb DDR3 Corsair XMS asus sabretooth p67 mobo 2 evga gtx 760 superclocked win 7 ultimate 64-bit 256 crucial ssd 6gb/sec 8tb wd caviar black (4x 2tb drives) corsair 800d case

Overall Review: Drivers were easy to install, automatically adjusted my resolution to 1080p without browsing through the driver.

Overall Review: Only bought this card because my GTX 580 burnt out on me.

Pros: Perfect upgrade from GTX580. It can play bioshock infinity with everything maxed out at 1080. that is why I bought it. Best bang for buck in my opinion. and runs quiet and uses relatively little power.

Cons: It cost money. but most things do.

Overall Review: If your looking for a good GPU that wont break the bank this is the one to get. For the same price as a Titan or a 780 you can get 2 of these and have more performance. In most cases. I'm personally not running SLI but reviews indicated the above statement. I hope this helps your decision.

Cons: Heats Up Quick Gets to 85 Degrees and sits there the whole time Not the most ideal place for PCI power connectors, more towards the back would be better

Overall Review: Used this in an EVGA Hadron build because of the blower design which would exhaust hot air out the back instead of in a small case It works and does it's job, if you want performance numbers, go look them up yourself

Cons: -A little loud. I bought these due to exhaust style coolers since SLi cards can heat up your case. These are significantly louder than my Asus GTX 670 DC2 which I used prior to these. -Not much overclocking headroom. I can go +50 boost for 1254mhz but no higher. This seems to common for 760s. 770s seem to do 1300. -RAM doesn't OC well either. +150 yields a RAM speed of 6300 but it won't go much higher. -No free games at the time I bought, but I got $50 back from newegg due to 4th of July special, so that was even better actually (made my total price $235 each). -No free shipping, but I got a year of free shoprunner by signing up with my Amex card.

Overall Review: I upgraded from a single GTX 670 to SLi 760. There is a very noticeable difference in my games. I run a 2560x1440 monitor. BF3 runs Ultra at 60-100FPS. Valley 1.0 scores (3770k OC to 4.6ghz) 1666 single card and 3027 SLi. +50mhz SLi= 3361. For reference Titan is 3000ish. My 670 got 1740. The cards are a little loud when gaming. I don't care because I use headphones but it could be a factor if your case is close to your monitor and you don't use headphones. I have a very small Lian Li PC-A05FNB case, so these cards where necessary because I couldn't fit 10" cards or use non-reference coolers due to heat buildup. If you have a better ventilated case, I would get the EVGA ACX, MSI, Gigabyte, or Asus cards since they should be quieter. I decided to get 2GB cards because after extensive reading it seems 4GB is only good if you are running multi-monitor setups. Some reviews even showed FPS being lower on 4GB SLi setups, this may be due these cards simply not having enough power to fully utilize 4Gb. If you are wondering how the PS4/XB1 will affect this, no one really knows. DirectX11.2 could make 4GB meaningless. Who knows. As of today, summer 2013, you don't need 4Gb.

Cons: Could run a little cooler...but still well within tolerance. The danger zone for Kepler is around 105C, so no worries

Overall Review: If you are contemplating purchasing a 600 series card...start here...great price / performance ratio on this card. Buy THIS card or the one with the ACX cooler...can't go wrong.

Pros: Absolutely amazing, handles all of my games very well at Max resolution and graphics settings. I have not seen any of my games go below 60 fps.

Cons: If you are playing graphic intensive games , this thing is going to get really hot.

Overall Review: Overall this card is an amazing card for its price. I couldn't be more happy. Although it gets hot, I don't think it should stop someone from buying it.