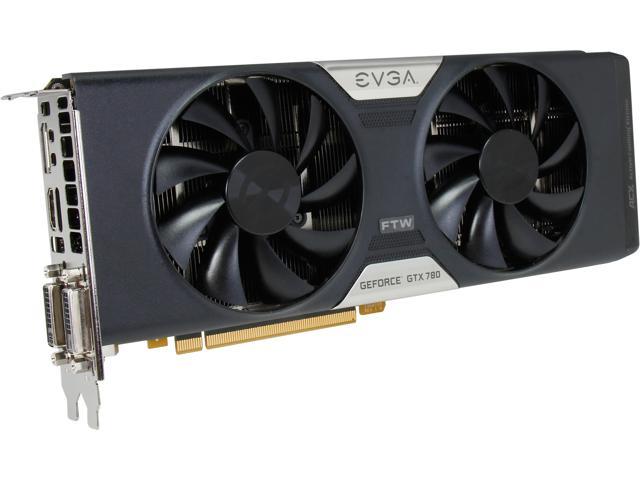 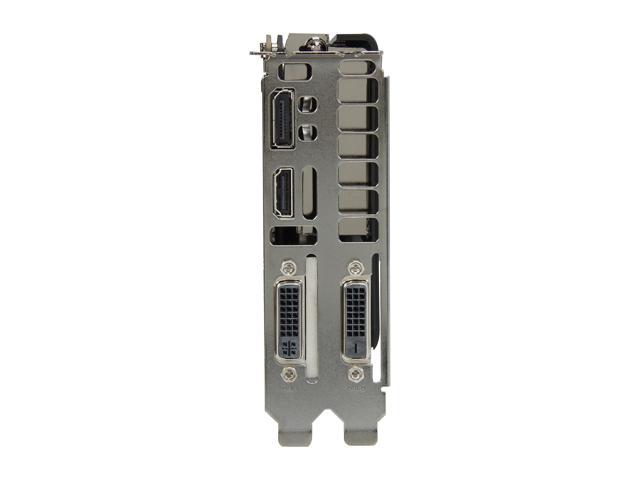 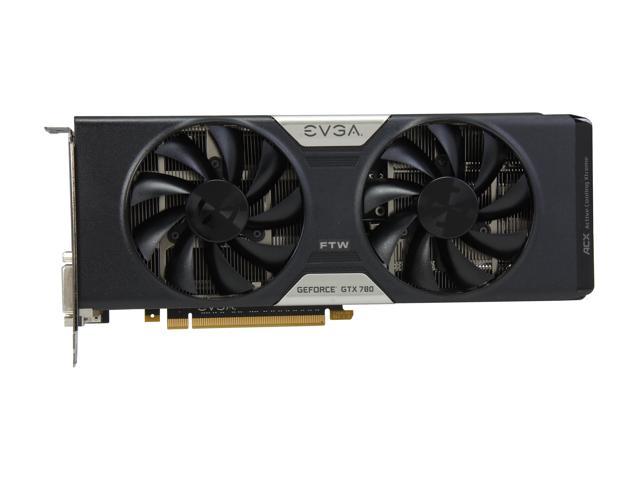 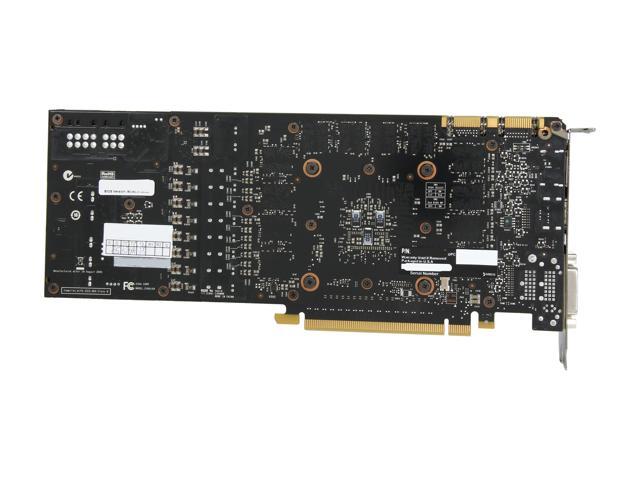 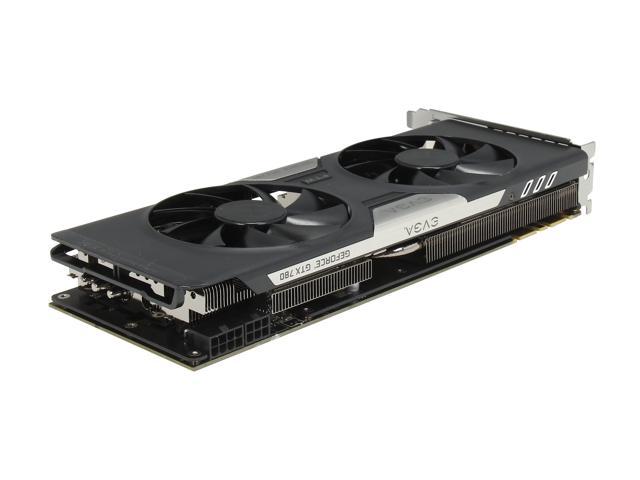 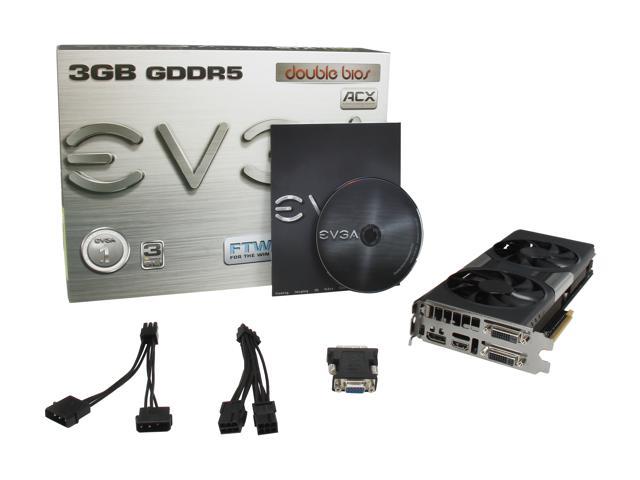 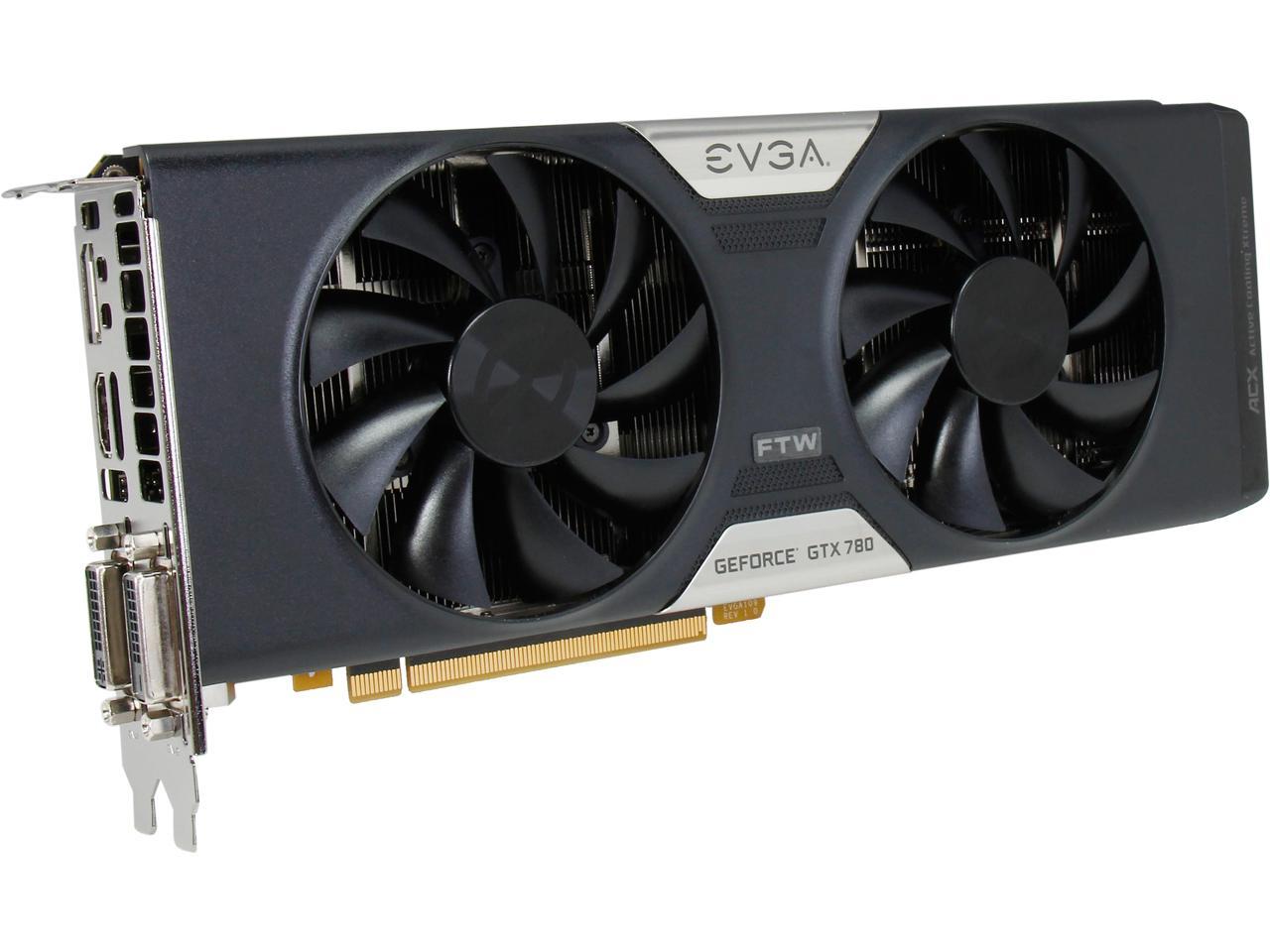 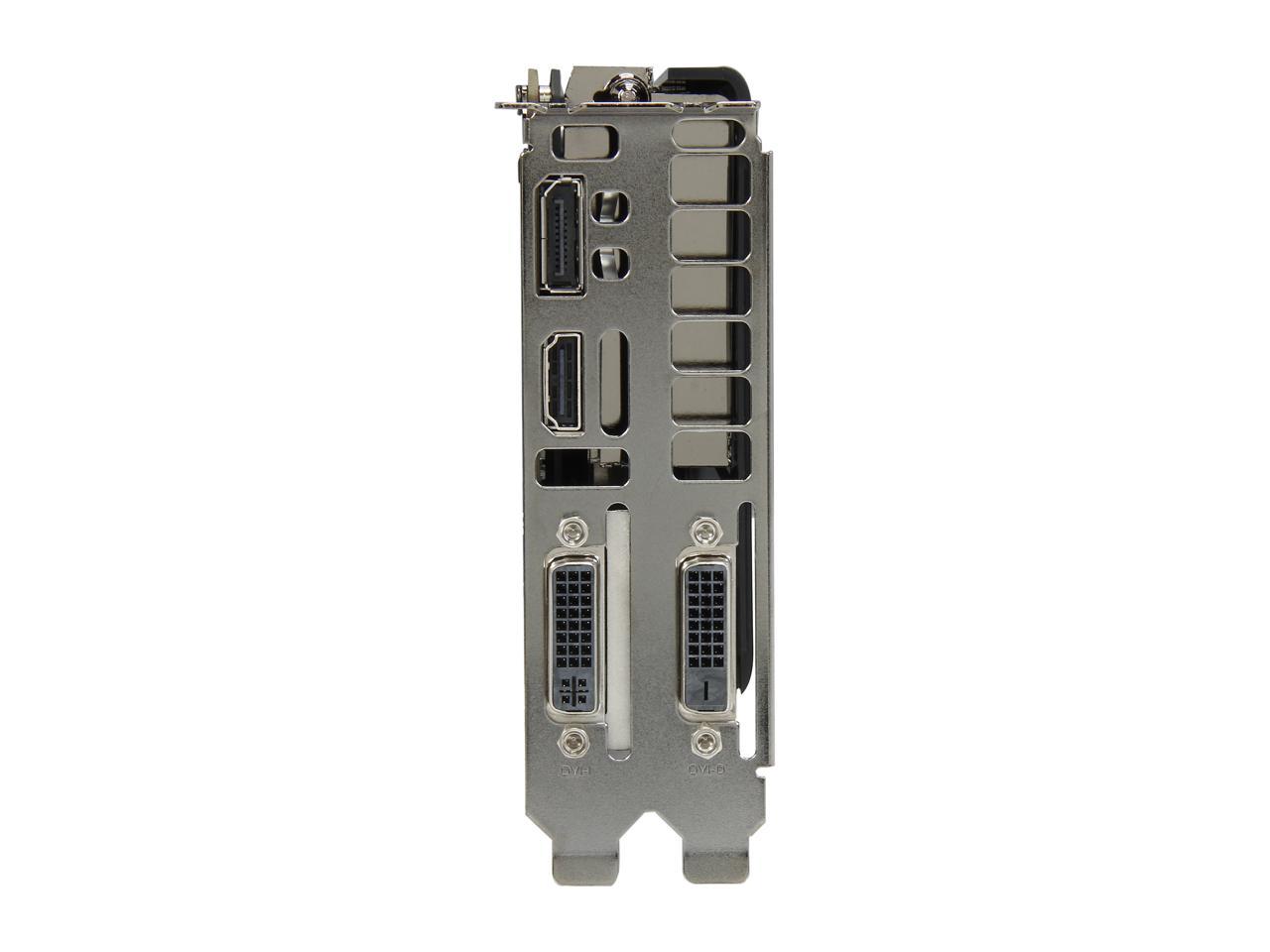 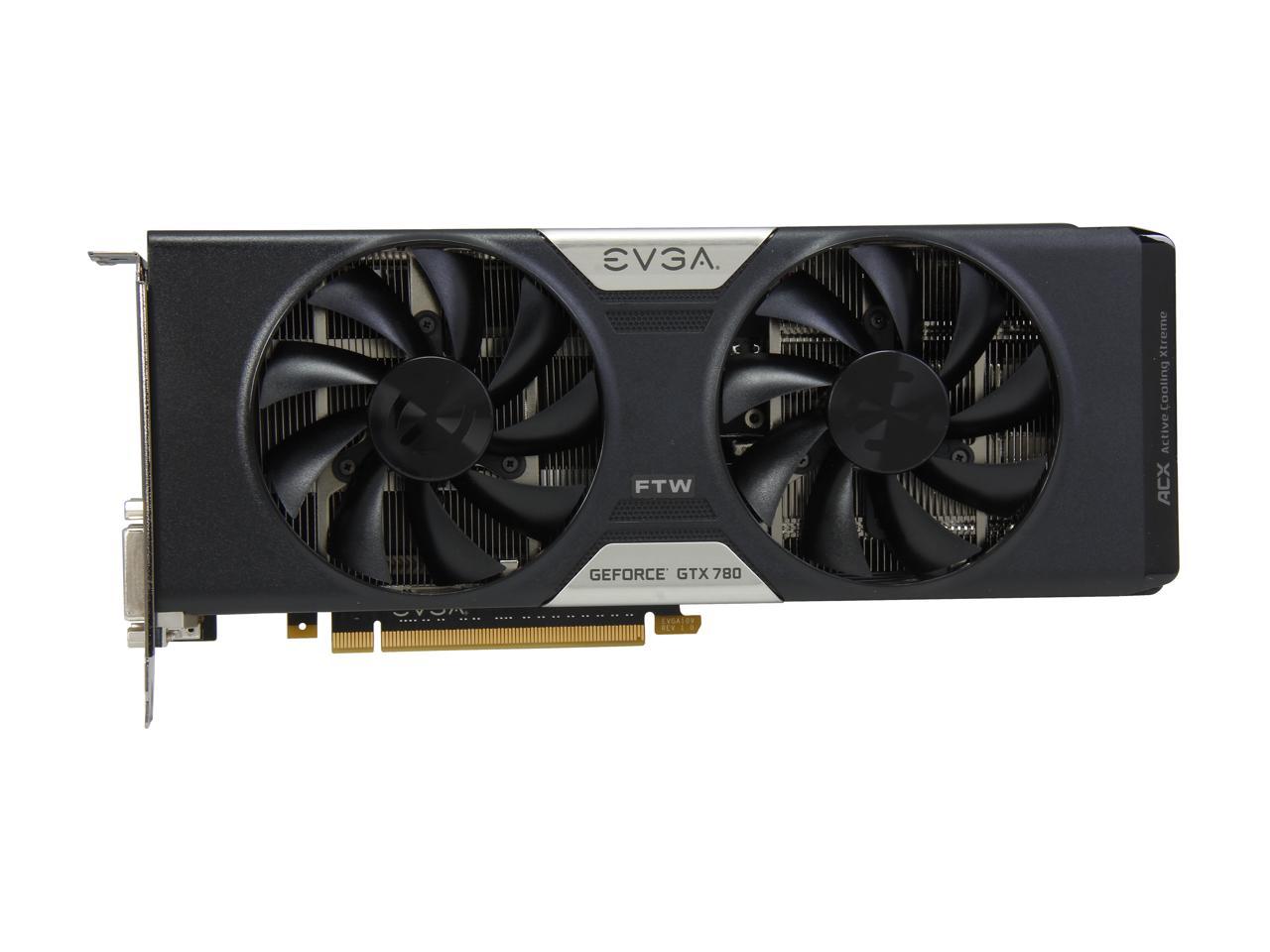 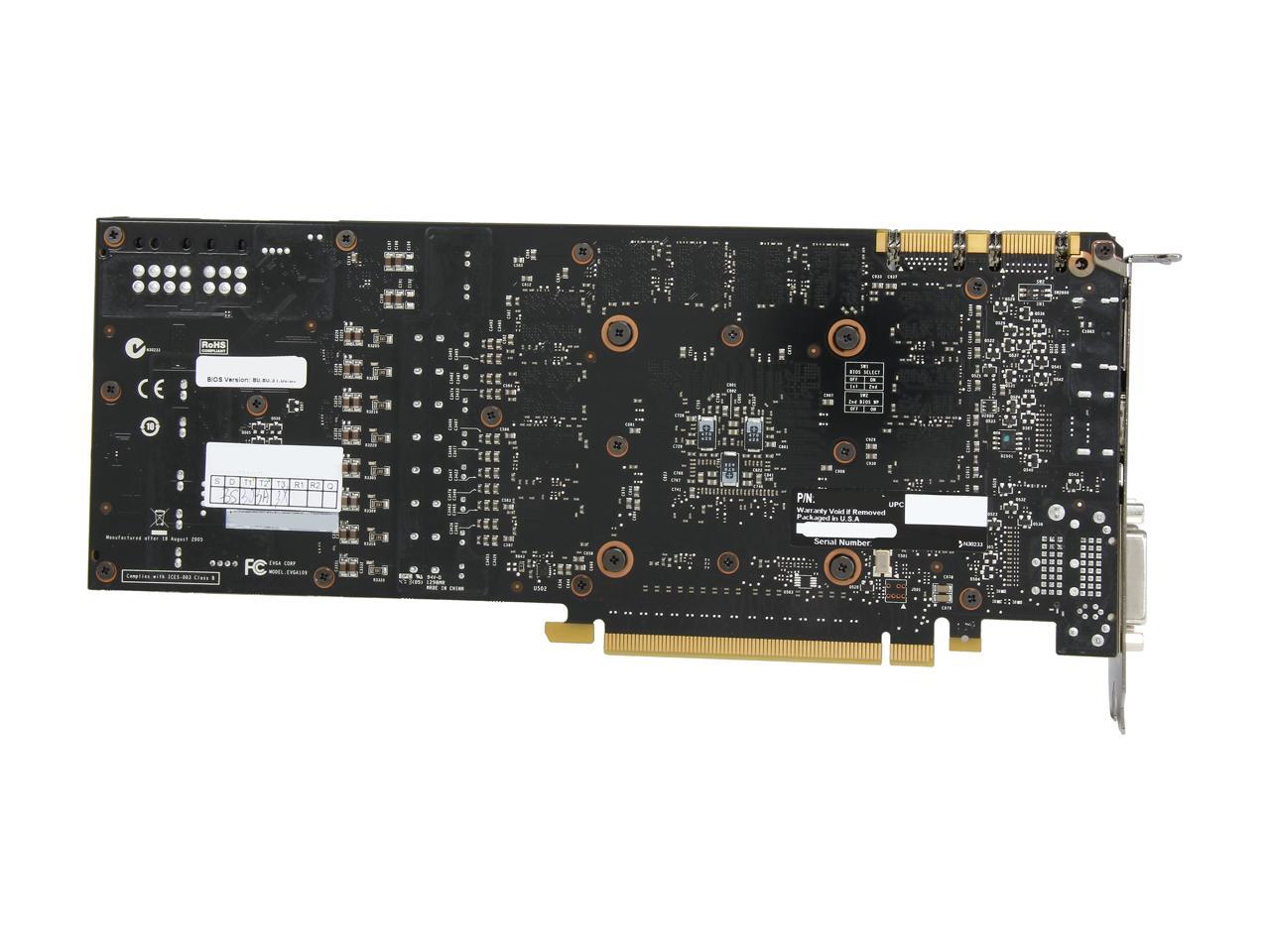 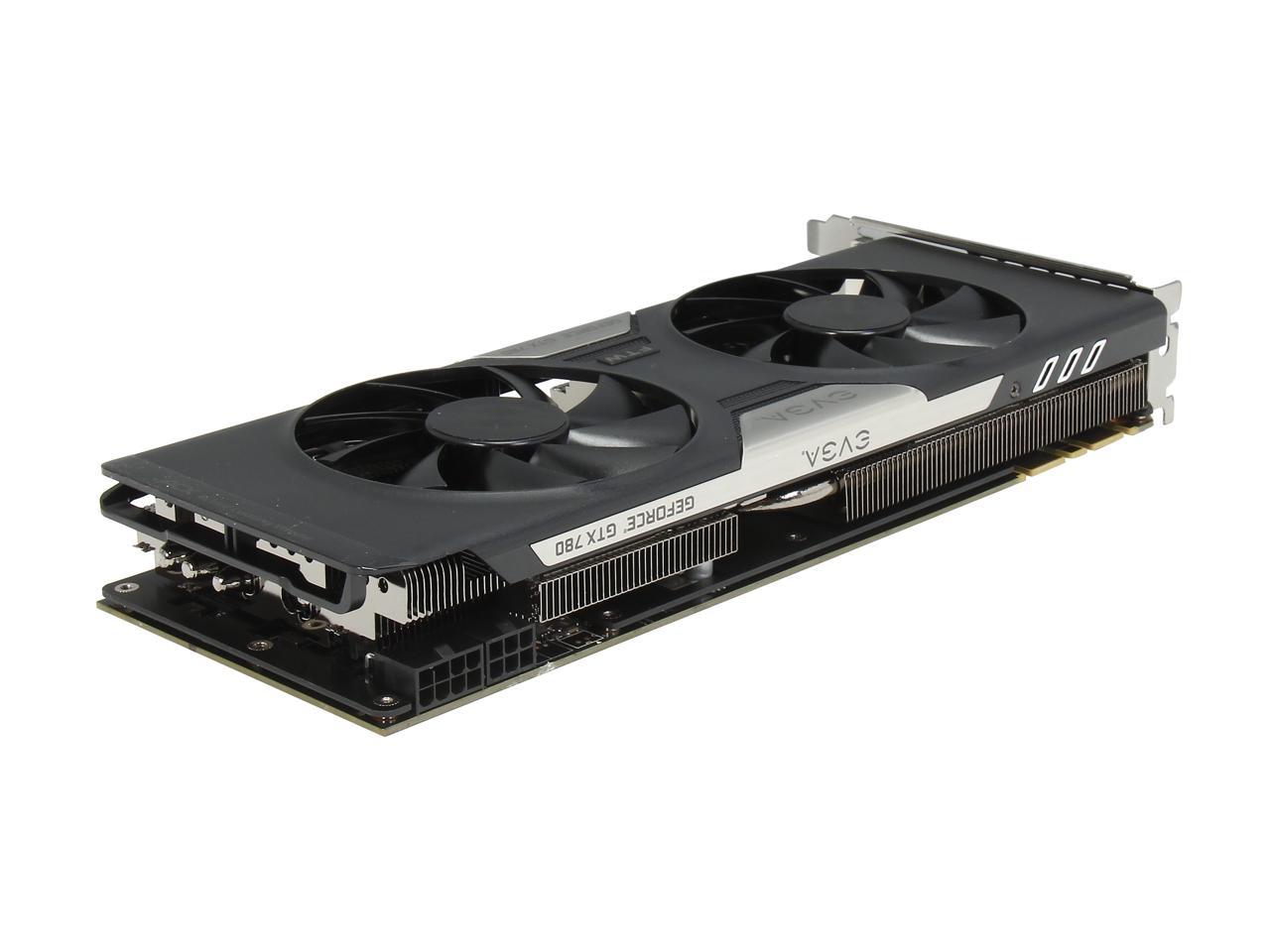 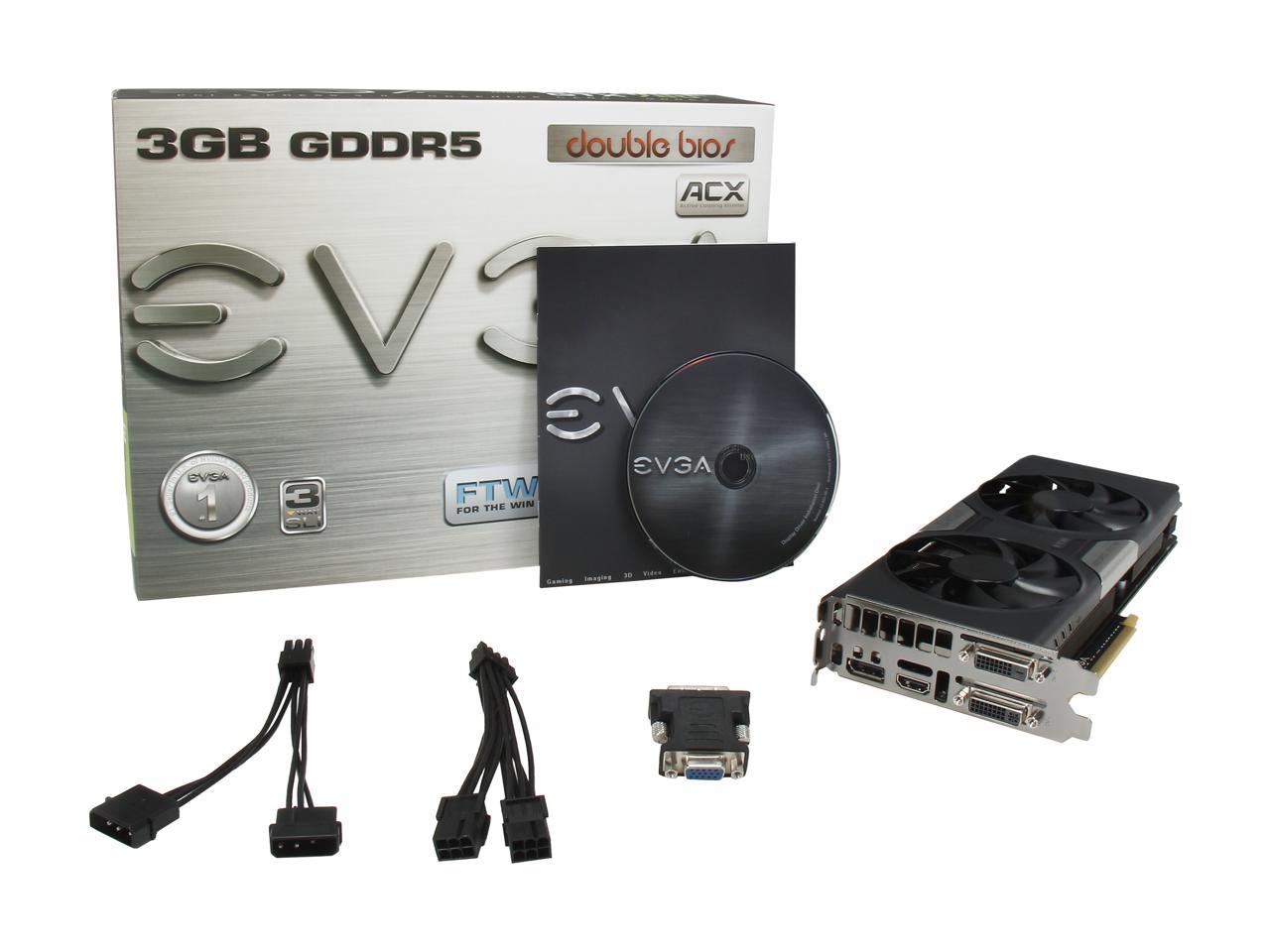 Your gaming will not be the same with EVGA GeForce GTX780 Graphics Card.

Based on the latest evolution of NVIDIA GPU, the GeForce GTX 780, this card is a landmark in gaming performance - an insanely fast, smooth, and whisper-quiet experience. The massively powerful NVIDIA Kepler GPU features 2304 CUDA cores - 50% more than its predecessor. Complete with 3GB of high-speed GDDR5 memory and NVIDIA GPU Boost 2.0 technology, this card gives you the performance you need to game at extreme settings. The 03G-P4-3784-KR model is factory overclocked to 980MHz base clock (863MHz for standard), and 1033MHz Boost Clock (900MHz for standard), pushing the already amazing performance to a new level. This card also introduces a brand-new thermal solution – the EVGA ACX cooler – which delivers enhanced cooling capability at a reduced noise level, as well as a longer fan lifespan. Beyond performance and fans, the GeForce GTX 780 is perfectly tuned to today’s most advanced gaming technologies, with GeForce Experience for one-click driver and setting optimization, plus NVIDIA PhysX and TXAA for smooth, sharp graphics.

Pros: Blazing fast card .Running bf3 all settings ultra at 2560x1440 at 80fps AVG.was running 2 gtx 570 in sli before temps never go past 60 cel. My first timing buying EVGA and I have to say I'm impressed so far. I dont like to play around with over clocking so this card is perfect comes O.C for me :) only cards that i saw that were clocked higher were the classified and the hydro but not by much.

Cons: wish i could afford 2

Overall Review: Card is actually smaller then I expected.My asus 570 's are bigger compared to this .

Pros: Hey, So after the price on the GTX 780 model dropped, I picked up a single GTX 780 "FTW" edition. I settled on the "FTW" for a few reasons. Firstly, as I understand it the "FTW" version is binned a bit higher than the standard cards, and is guaranteed to work at the pre-overclocked speeds. This was important to me, because I am not a crazy over-clock person, but did want to maximize performance out of the box as much as possible. In addition, I already had custom 8pin/6pin power cables made, so the classified wasn't an option (Plus it was still too pricey) Anyway, so far I am loving this card. I've thrown Rome Total War 2, Battlefield 4, and EVE-Online at it on a single 1080p monitor and they all run flawlessly on Ultra/Max Settings. After recieving the cards, and realizing how easy it is to Overclock w/ Precision I decided why the heck not, and have bumped my cards to +120 core and +500 memory successfully. With these overclocks, I hit 79/80"C in Unigen Valley (which is the stress tester as opposed to Heaven which is the benchmark tool) Typically I run it slightly lower than that though at +120 core, +250 memory. Temps remain the same at the same at load here, and in Battlefield 4 it's still up around 79"C. I am still tweaking fan settings to see if I can get that maximum temperature down a bit, because I hear the card under load and with overclocks should not be quite that high - I just set a custom fan profile for the first time last night so we'll see if that helps a bit. Either way, even at 79"C it's not bad, as I've used Precision to up the temperate threshold to 95'C so there's no throttling. The card itself is heavy and very sturdy, It has DUAL BIOS which I haven't dabbled with yet but apparently that is a good thing - I'm not sure why nor do I think I'd ever try a CUSTOM ROM but whatever, it's a nice backup. THE ACX cooler is great, as I said above my temps are very reasonable even under stress and overclocked/overvolted (+64db over-volt). With the back plates (in the mail) and custom fan curve, these temps will drop a bit as well so quite happy with the cooling. Noise is not bad at all, yes there is some coil whine at certain fan speeds; but it's pretty quiet and with headphones you can't hear it at all. Honestly, not a major concern and again you really have to be listening for it to even notice it at all.

Cons: The only CON I can say from this card is that it doesn't come with the back-plates, you have to order them separately and install on your own. For the price, I'd like to see these back-plates standard.

Overall Review: I am going to be adding a second GTX 780 "FTW" sometime this month, hopefully we'll see the price drop a bit more with the 780ti out, and the classified version price dropping to around $559 ish.

Pros: This thing is a beast. It's is enormous. I had to file down the sata ports on my mobo to make it fit (probably a very rare situation as I have an intel mobo and not a more popular brand). But, it was worth it. It is extremely quiet and runs very cool at all times (even when gaming or benchmarking).

Overall Review: Opening up the box to an EVGA gtx780 is like receiving your first pocket knife as a young boy. It's a memory you'll have forever.

Pros: Amazing GPU. This video card runs very cool. Much cooler than the dual card SLI system I was running on my last build. And it out performs it significantly. It is also very quiet. It does require a 42 amp rail for power, so I had to purchase a new PSU to support it as my old 850 watt unit didn't meet the power specs. Overall, I am very impressed with this GPU.

Cons: A little pricey, but you get what you pay for. If it fits your budget, buy it. You won't regret it.

Pros: Will run 99% of games on ultra and get >60fps. I still get performance issues in AC4 and Watch Dogs but that's Ubisoft for ya. The cooling is very efficient, it idles at around 28 and peaks at 80 (because of GPU boost). The noise is also very minor and I haven't noticed any coil whine like some other reviewers.

Overall Review: I'm pretty much insulting this GPU with a 1080p monitor, so you don't have to worry if you've got 1440p. 4K might be another matter, though.

Pros: This card runs amazing. It has by far been the best card I have ever laid my hands on. It overclocks so well. I managed to push the card to 1225MHz gpu core stable. and the option of the dual bios makes it very comfortable to mod and what not with ease and safety. This card should be in every enthusiast gamer's build. I am not at all disappointed with investing in this card. It plays every single game maxed out that I have thrown at it no matter what.

Cons: There is no cons to this card whatsoever. You get what you pay for.

Overall Review: If you are considering upgrading from a 670 FTW like I did, do not upgrade to the 770. It is still on the same memory bus and still the same old GK tech too. The GK110 definitely is powerful and worth it.

Pros: The card itself is great. It looks fantastic, runs fantastic. Handles everything I give it like nothing. This card is worth every penny.

Cons: I have no beef with the card but I want to share the problem I had. This card says it needs 600 Watt power supply. This means absolutely nothing. What you need is a 12 volt rail with at least 42 amps. That's a single rail. I had a 700 Watt power supply that had two 12 volt rails with 25 amps on each rail. This did not cut it. Nor did any of the other connectors and stuff. If you are going to get one of these make sure that you have a rail that has at least 42 amps. The wattage doesn't really matter as much as the amps do.