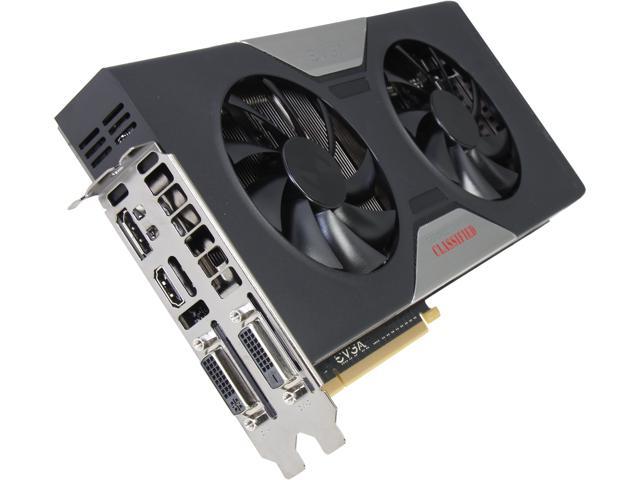 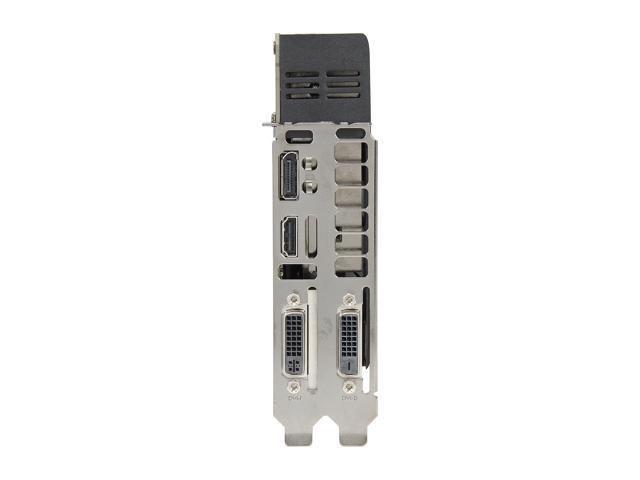 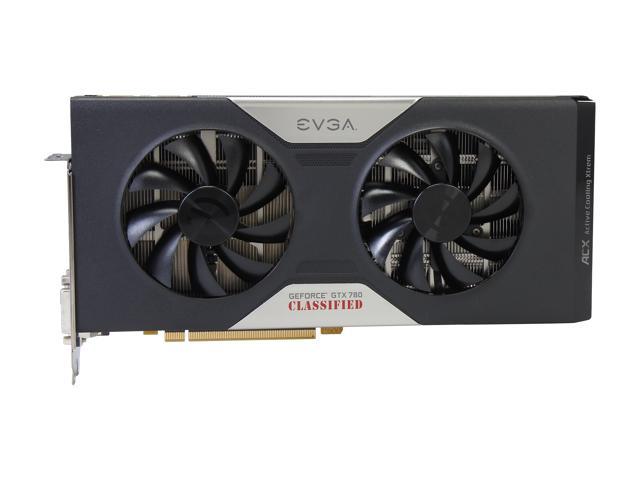 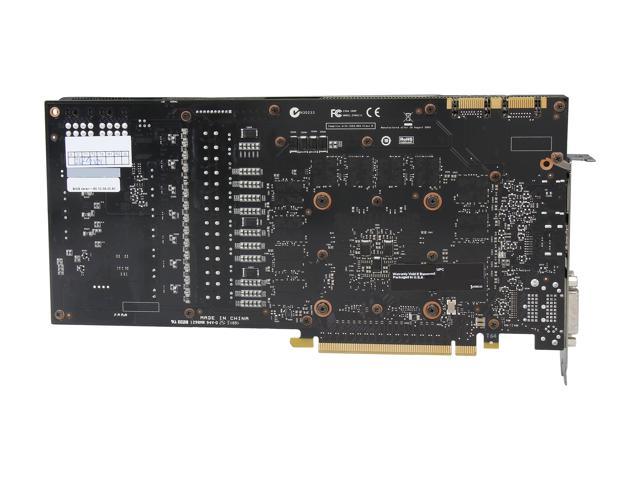 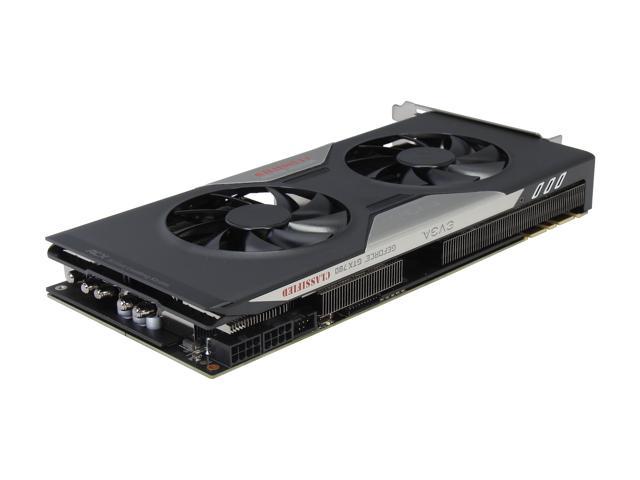 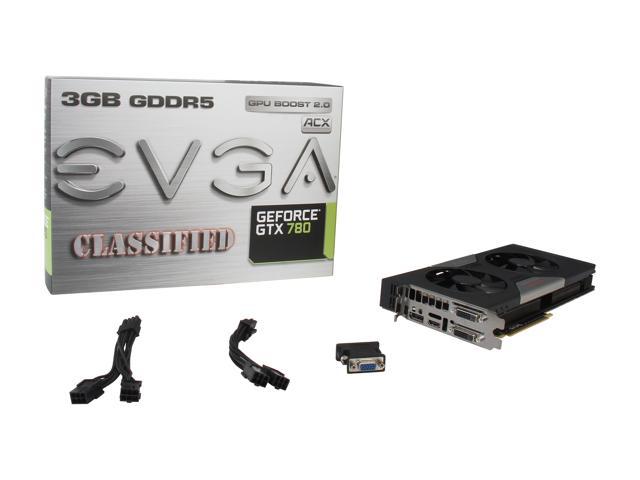 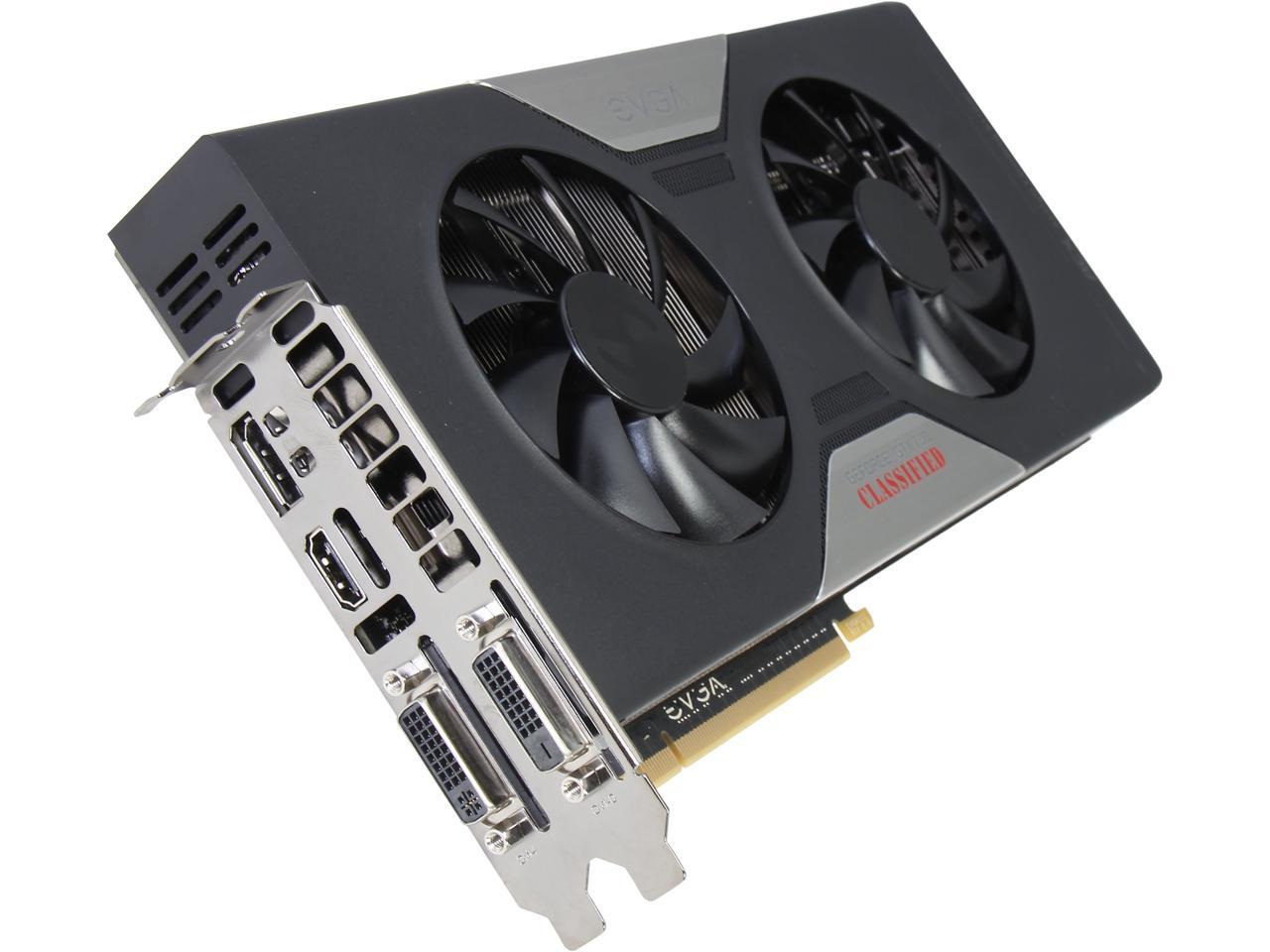 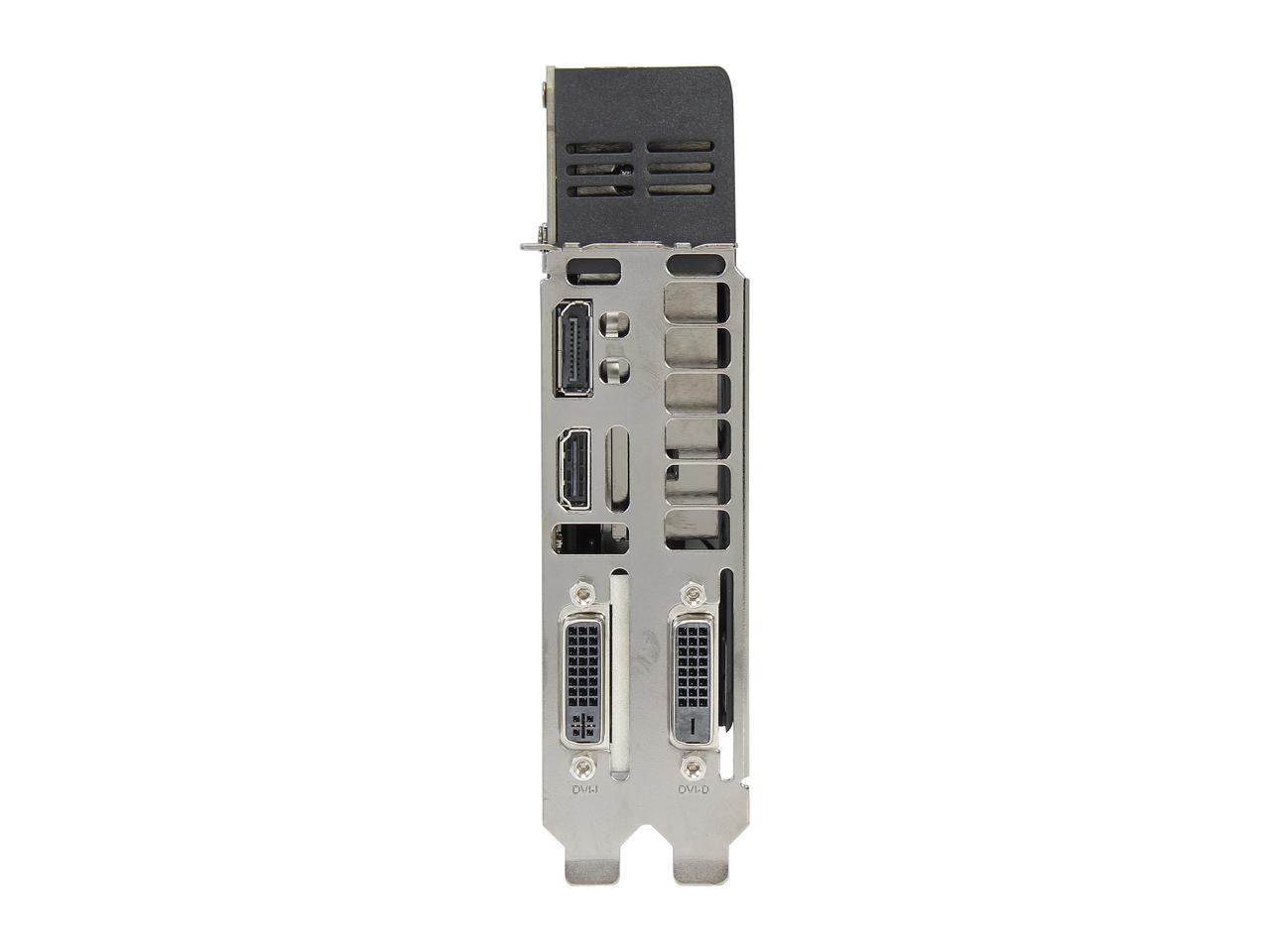 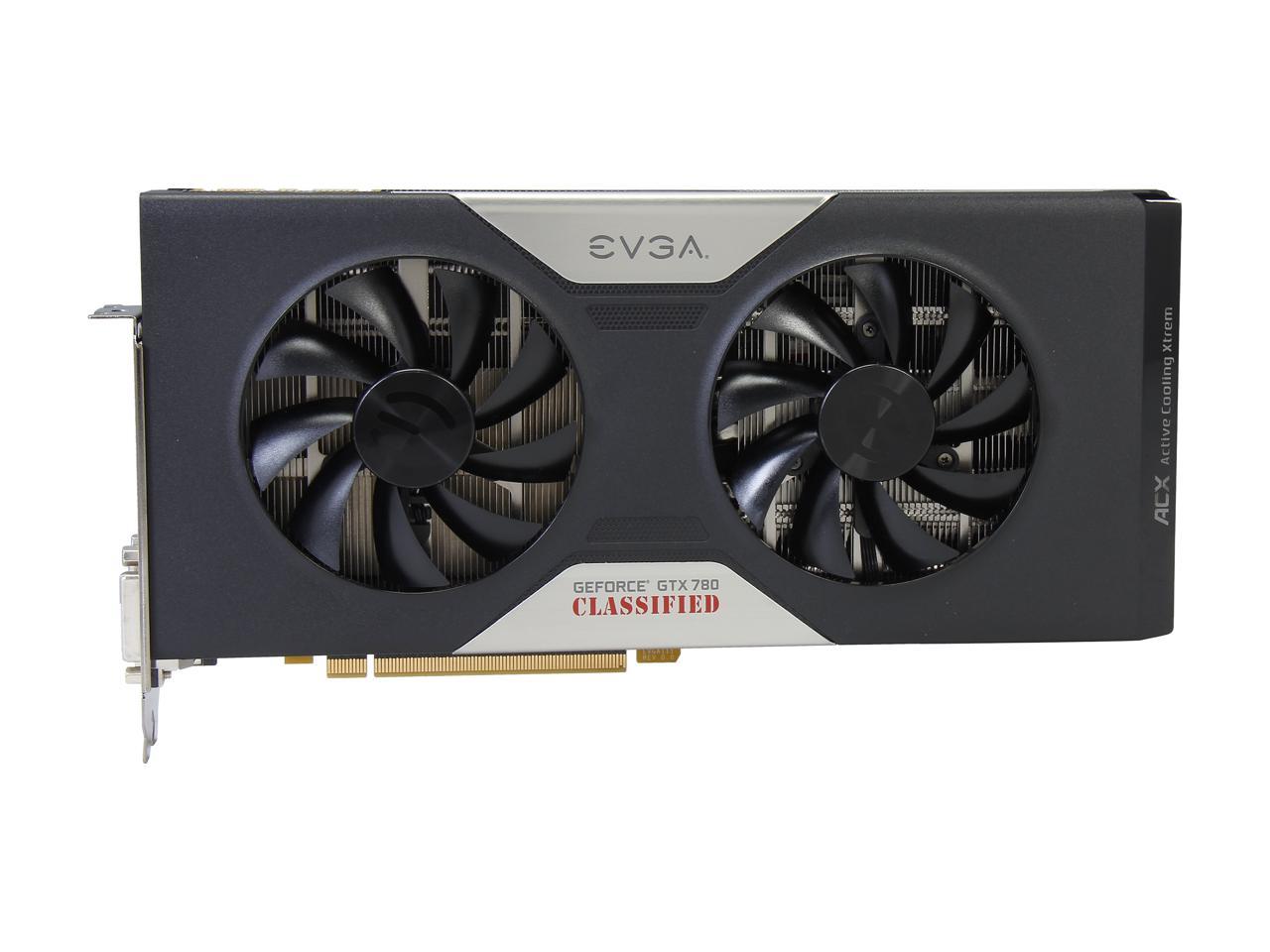 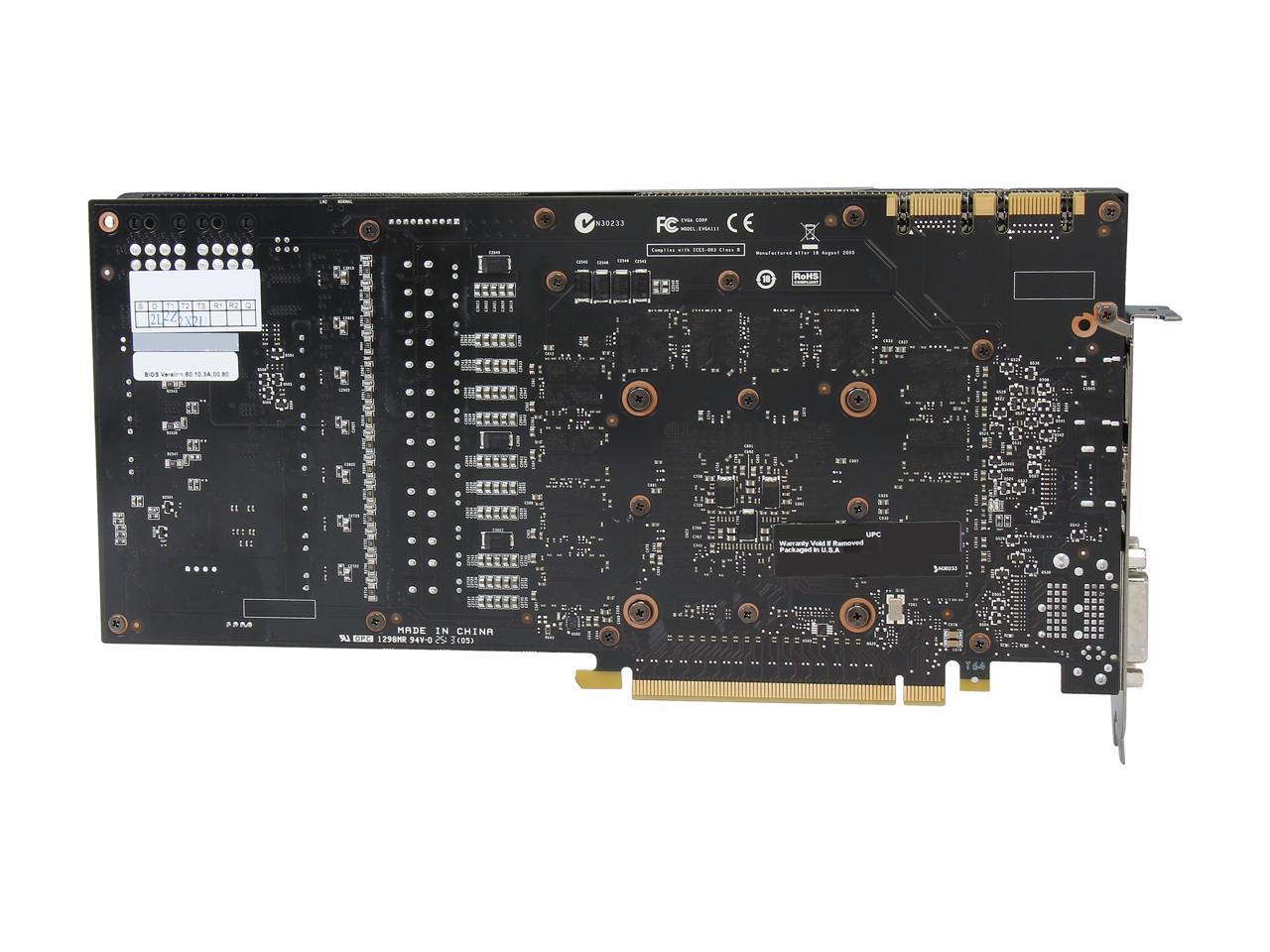 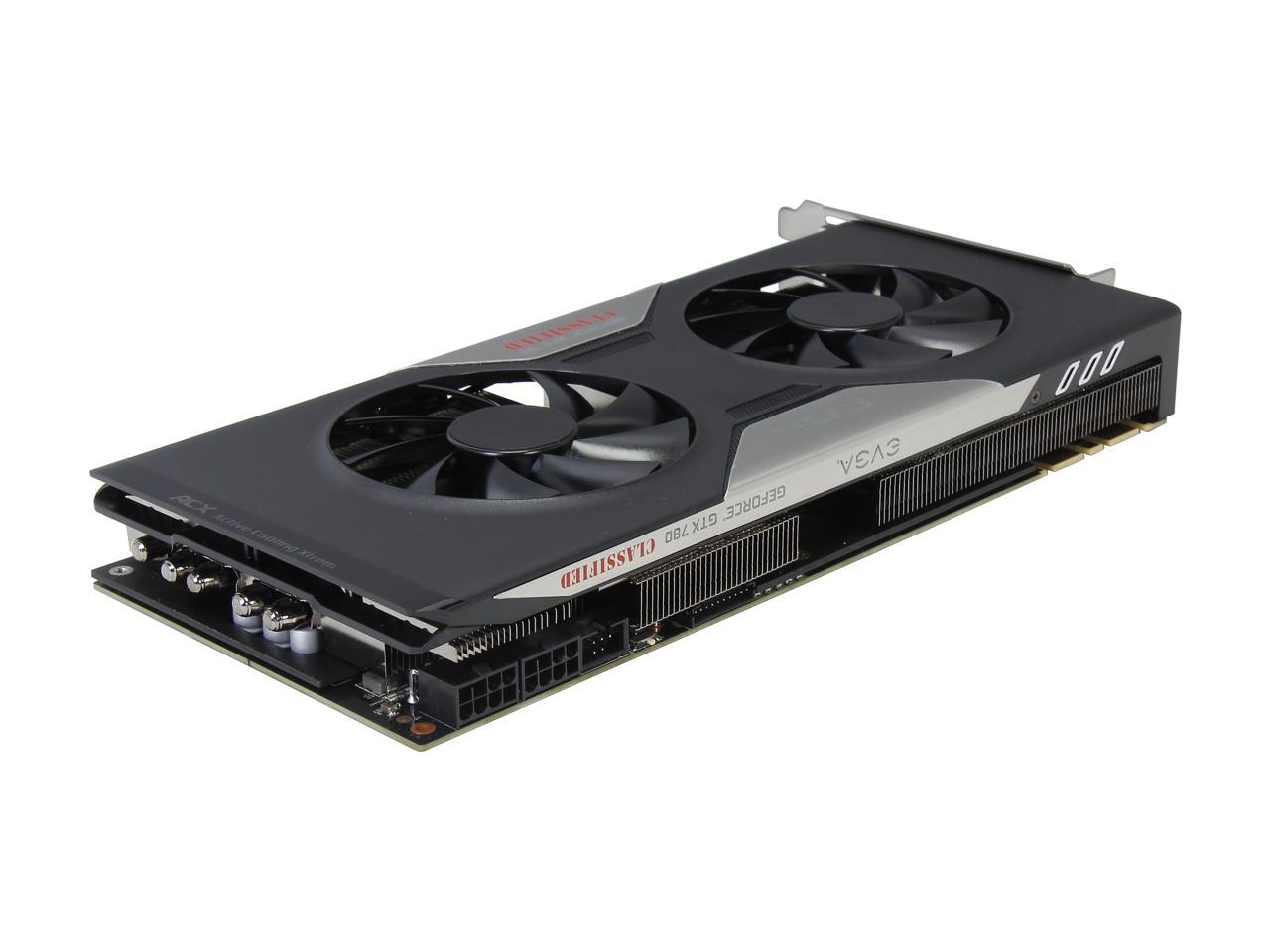 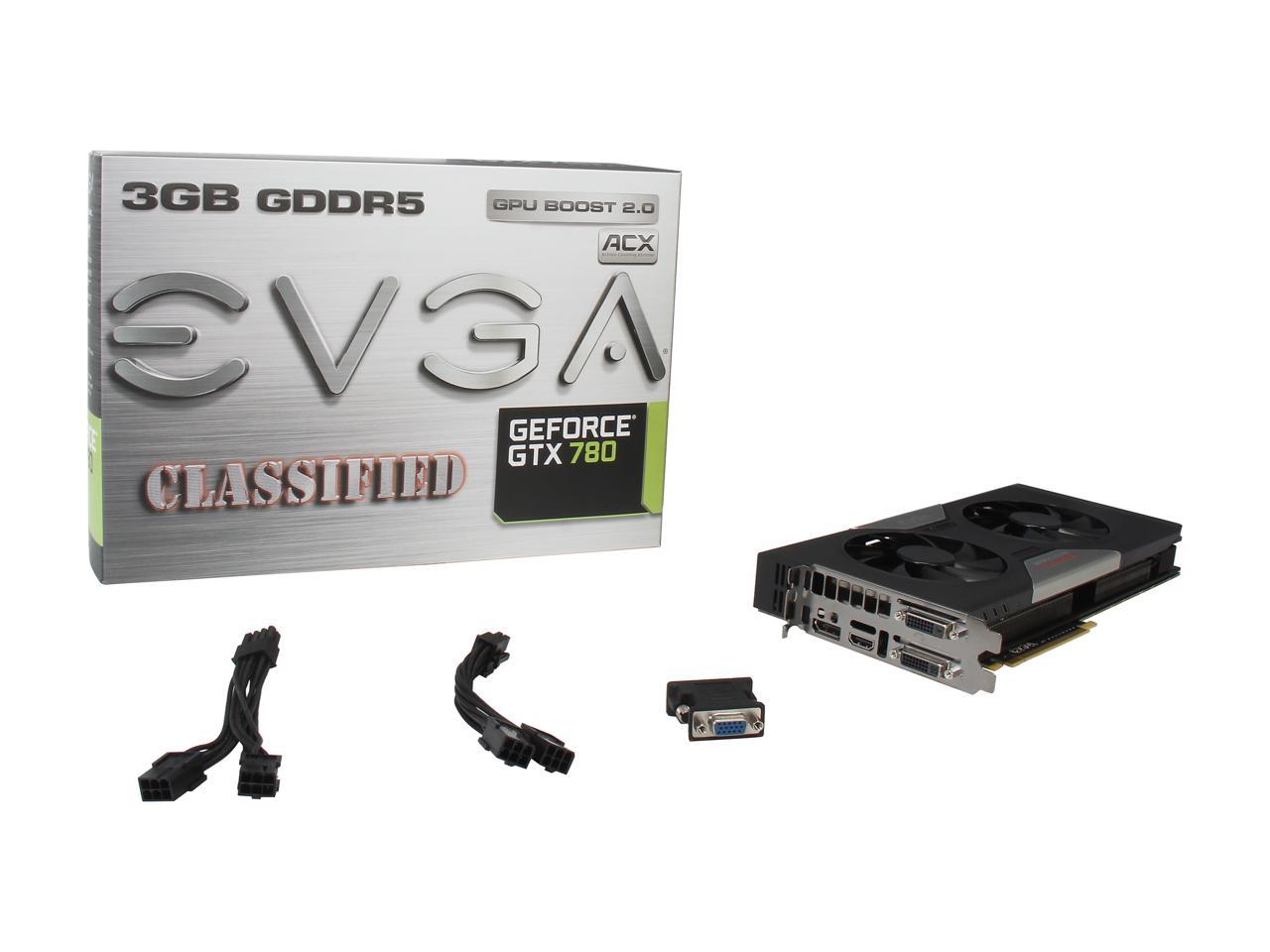 Cons: Can't think of any.. Apart from the fact that I won't play the free games...

Overall Review: I game at 2560x1440 and for the last year have had a pair of GTX 670's in SLI. This was a great solution but I found myself running out of Vram as each card comes with 2gb of Vram. I have been recently plagued with some micro stuttering and decided that it was time for me to go back to a single card. I have been a bit of an Nvidia fan recently owning the GTX 670 and before this a pair of GTX 470... It seemed logical to the GTX 780. As I am used to the power of dual cards I wanted a robust single card. The EVGA GTX 780 Classified was perfect. It looks terrific, is almost silent while gaming, cool and no dual card issues any more. it even uses 2 x 8 pin pci-e cables making my wiring neater ;-) I was able to overclock the card easily enough without any vcore increase to 1254mhz (boosted) adding a few fps to make gaming even smoother. Although overall a pair of GTX 670's have more graphic power than a single GTX 780, once the Classified is slightly overclocked the situation evens itself out and playing with the single 780 has been flawless. A very enjoyable card. EVGA even offers a step up program that allows you to upgrade your card once within 90 days. I may upgrade to the recently released GTX 780 Ti.... For now the Classified is quiet, super fast, overclocks like crazy and ideal for single monitor gaming at 2560x1440 or less. Couple this with a 3 year warranty, step up and EVGA support and we have a winner. Throw in the recent price drop and you would be crazy not to buy this custom GTX 780. Recommended.

Pros: EVGA Classified !!! These classified series cards are made for overclocking.... made for the enthusiast who wants the best quality parts built into the card. I have run several benchmarks since I got this card ,, and it is an absolute beast. After my benchmark results I was looking at the 9XX cards and i am MORE than happy I got this card ,,and I will leave it at that.

Pros: This card ROCKS all games at the moment! I can run BF4 at ultimate settings with 200 resolution scaling in 3D and barely see a hiccup (play the shanghai level and go to the big water fountain. You'll se the hiccups. That fountain is a beast)! The thing overclocks very nicely as well. I threw on an extra 100mhz to the core and 200mhz to the memory without a hitch! It pushes into the 70s when oc'ed and running an intensely graphical game but that's unusual. It normally runs around 50 C when playing games. I can run games for hours with no problems! The card is BIG. Makes sure you have the space. A full tower is where it's at for this beasty. It came with Assassins Creed: Black Flag and I am so glad I got it! The game looks fantastic and it makes me want to run around with an eye patch yelling, "Avast! Me Trumps!"

Cons: EVGA's binning on these card only extends as far as being stable at what they expect for stock clocks which is about 1150 mhz. Anything higher than that is the silicon lottery.

Overall Review: This is a very well built card in every regard. However, some of these clocks being reported in these reviews are not typical results and some are being done with 1.35v with the Classified tool from OCN. Not exactly what you want to run your card on all the time. I've also seen quite a few cards top out under 1254 mhz regardless of voltage. Do not buy this card automatically expecting to do 1400 mhz because a lot don't do 1300 mhz.

Pros: If your into overclocking, this card is by far the best. With the ln2 bios switch you can flash custom bios. If you wish you can even take the stock air cooler off and put a water block on. All without voiding your warranty. Not many manufactures will allow these things. It has by far the best voltage controller the chil8318, and its phases and regulation allow for very stable high overclocks. Evga has done a great job on this modified(slightly bigger) acx cooling. Running 1.212v@1.3ghz can stay under 75c all day in gaming. That easily passes 780ti/290x reference speeds and matches most factory overclocked versions.

Overall Review: I wish water cooling was cheaper as that is the only way to realize the limits of a highly binned gk110 on a stout custom pcb.

Pros: I've had mine since early October, and this card is a BEAST. It runs everything I throw at it on ultra and it has yet to break 65c while gaming in my HAF XM case. (and that's on stock mode!) Ran a 3-hour stress test (bitcoin miner) to monitor the temps, and the temp target works as intended.

Overall Review: When compared to a 780 TI, the power to price ratio makes this card the better deal. My advice to anyone making a list for a new build is this: Get a board and PSU with SLI in mind, but get this card instead of two cheaper ones. In a few years when you want more power, get another one of these instead.

Cons: -Design isn't my favorite, but it works -Card is very wide. Makes it hard to screw in to my HAF X case, as there is a lip that prevent the screwdriver from going in straight unless a long extension bit is used.

Overall Review: After much debate over getting this card versus the Titan, I decided to go with the 780 Classified. It is about 2-3 percent faster than a Titan on average and it does so by possessing a higher clock frequency. All of the Titan SKU's are limited to only be based off NVIDIA's reference design, with NVIDIA not allowing any major changes to the hardware to be made. this is why the 780 Classified can outperform the Titan. After using this card to replace my two againg GTX 580's, I am thoroughly pleased, and can say that I am within 70% -75% of the performance of my dual SLI setup but with this one single card. I will probably add another 780 Classified in the future, due to the fact that I do serious video editing and high performance gaming, but one card alone is more than enough for most applications.

Pros: Amazing performance. Very Quite Soild Build Can handle anything you throw at it. Dual Bios Massive Overclocking capabilities

Cons: Big Bright red LED that comes on when on the secondary BIOS doesn't jive with my blue LEDs in the case. Meh... Price??