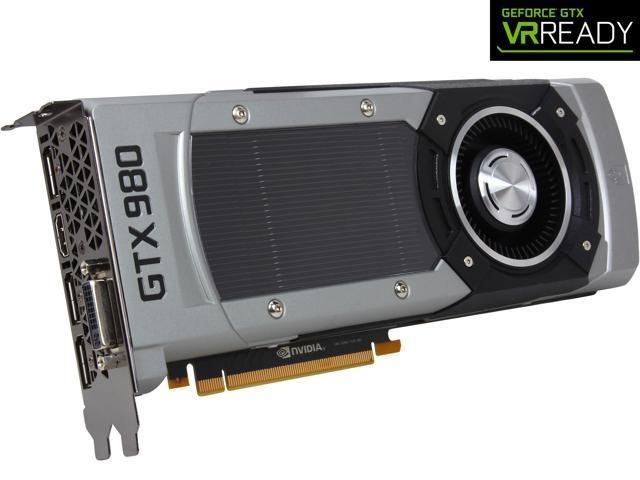 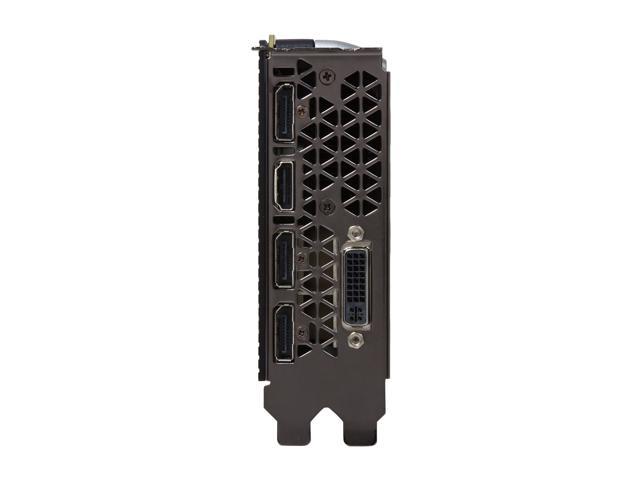 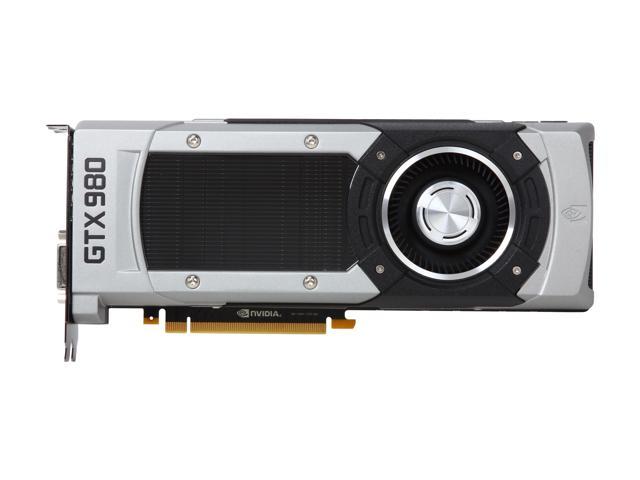 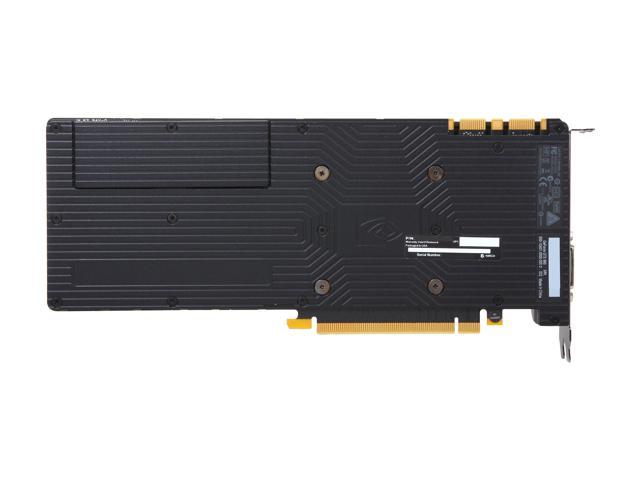 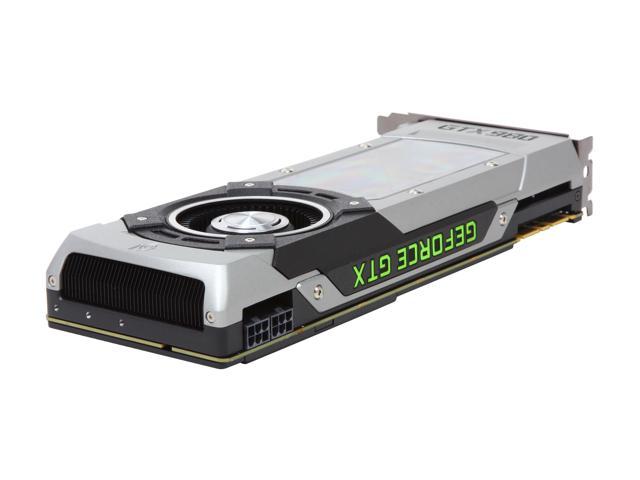 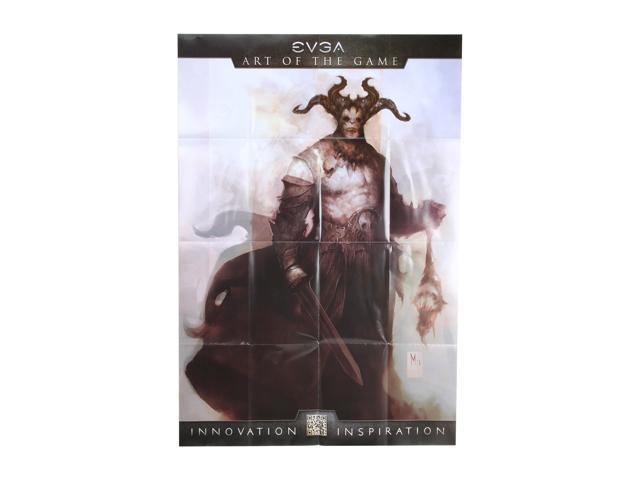 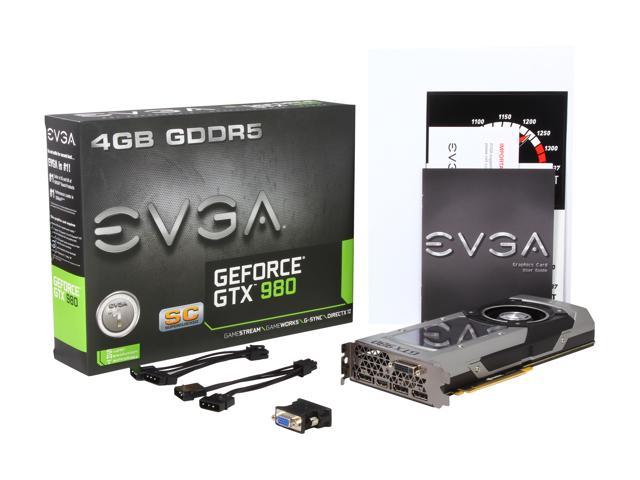 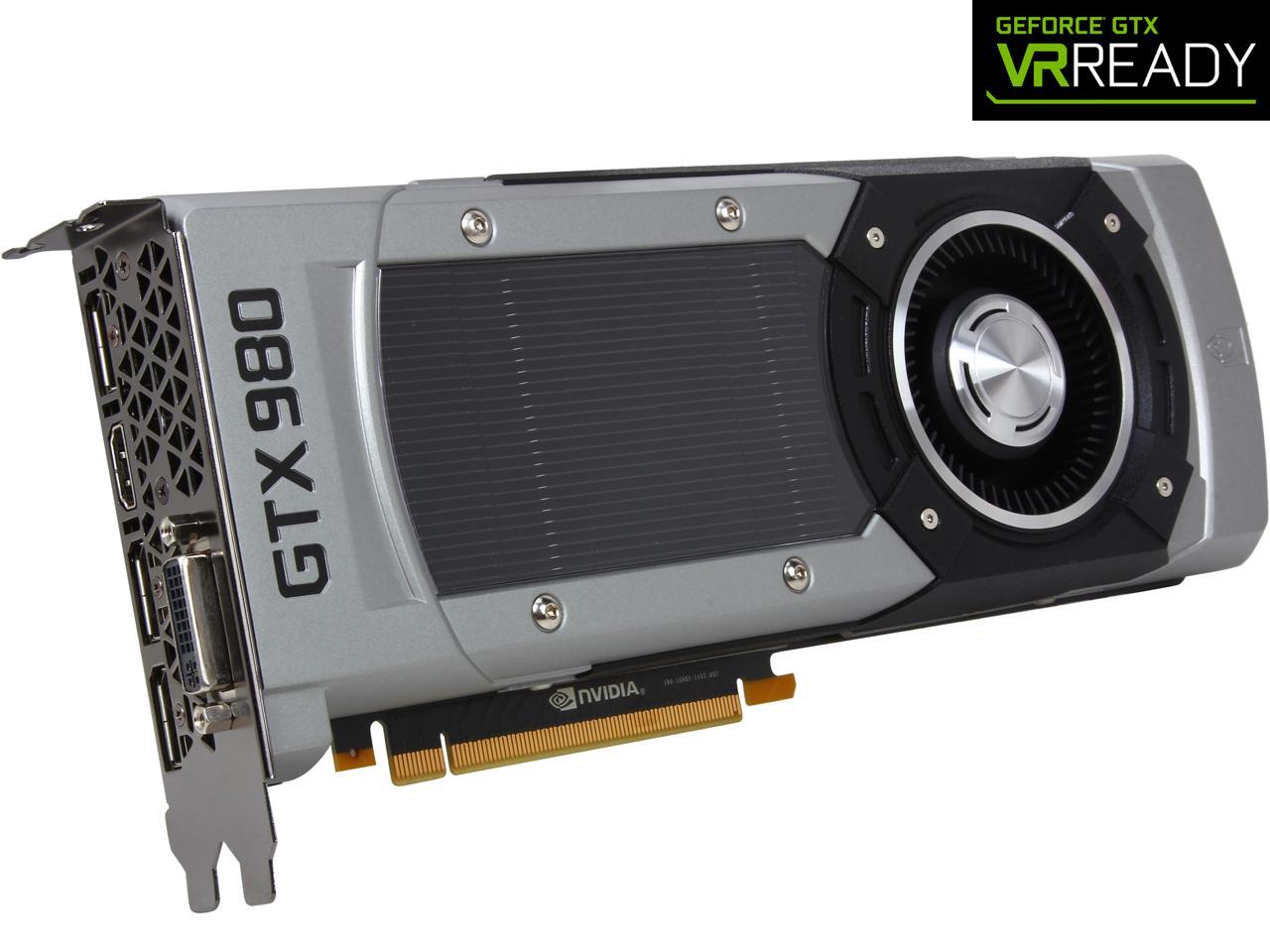 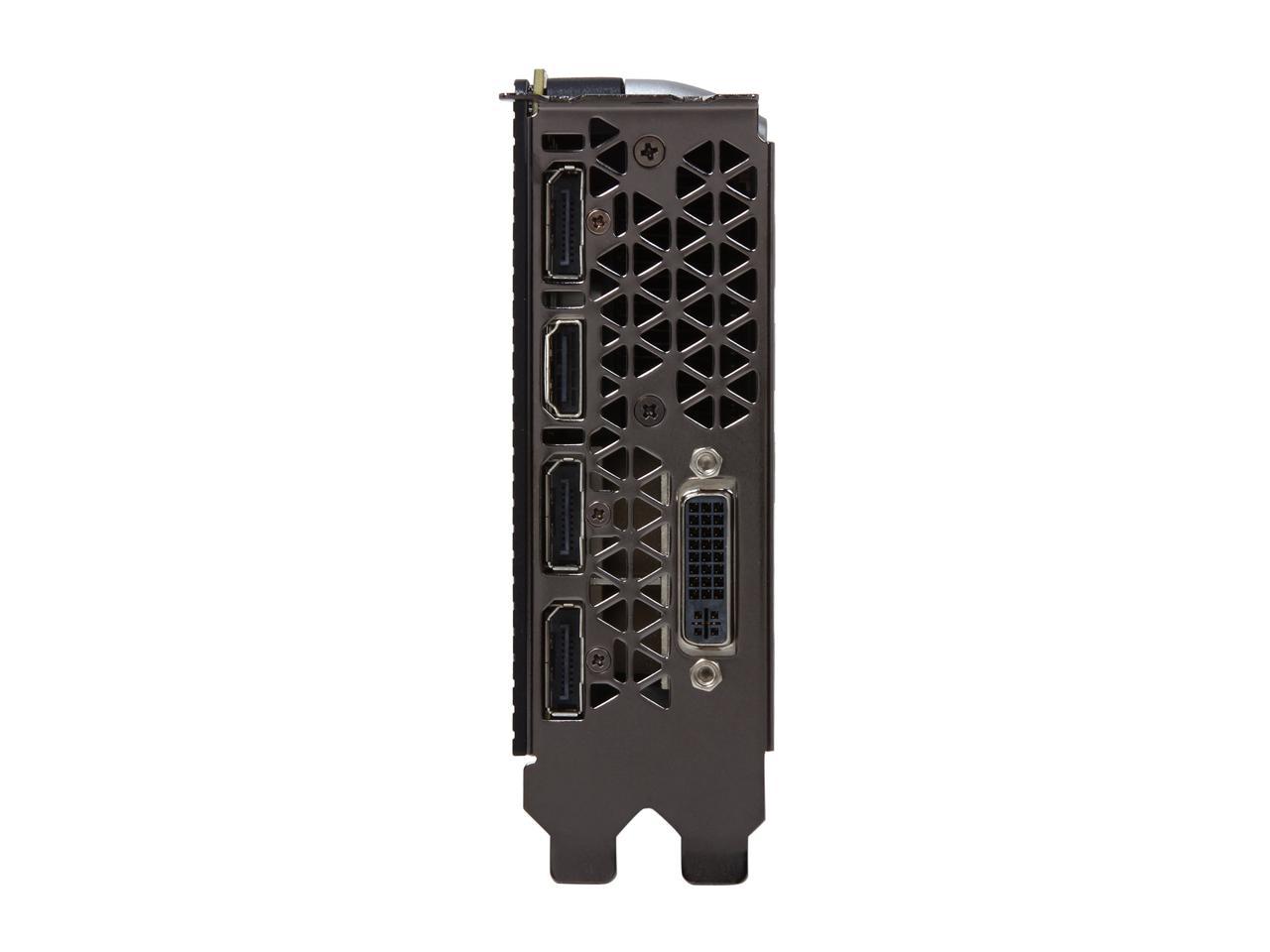 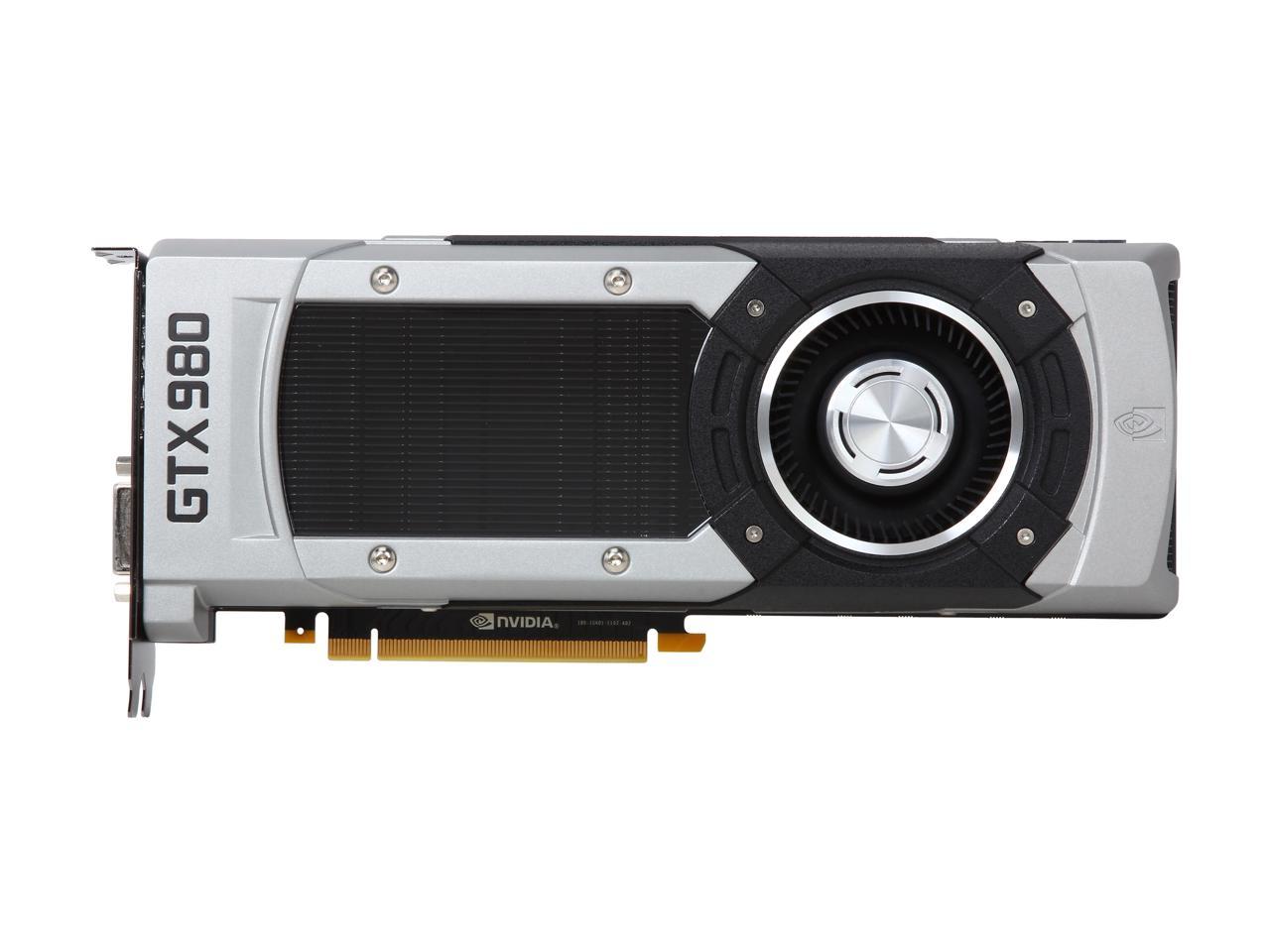 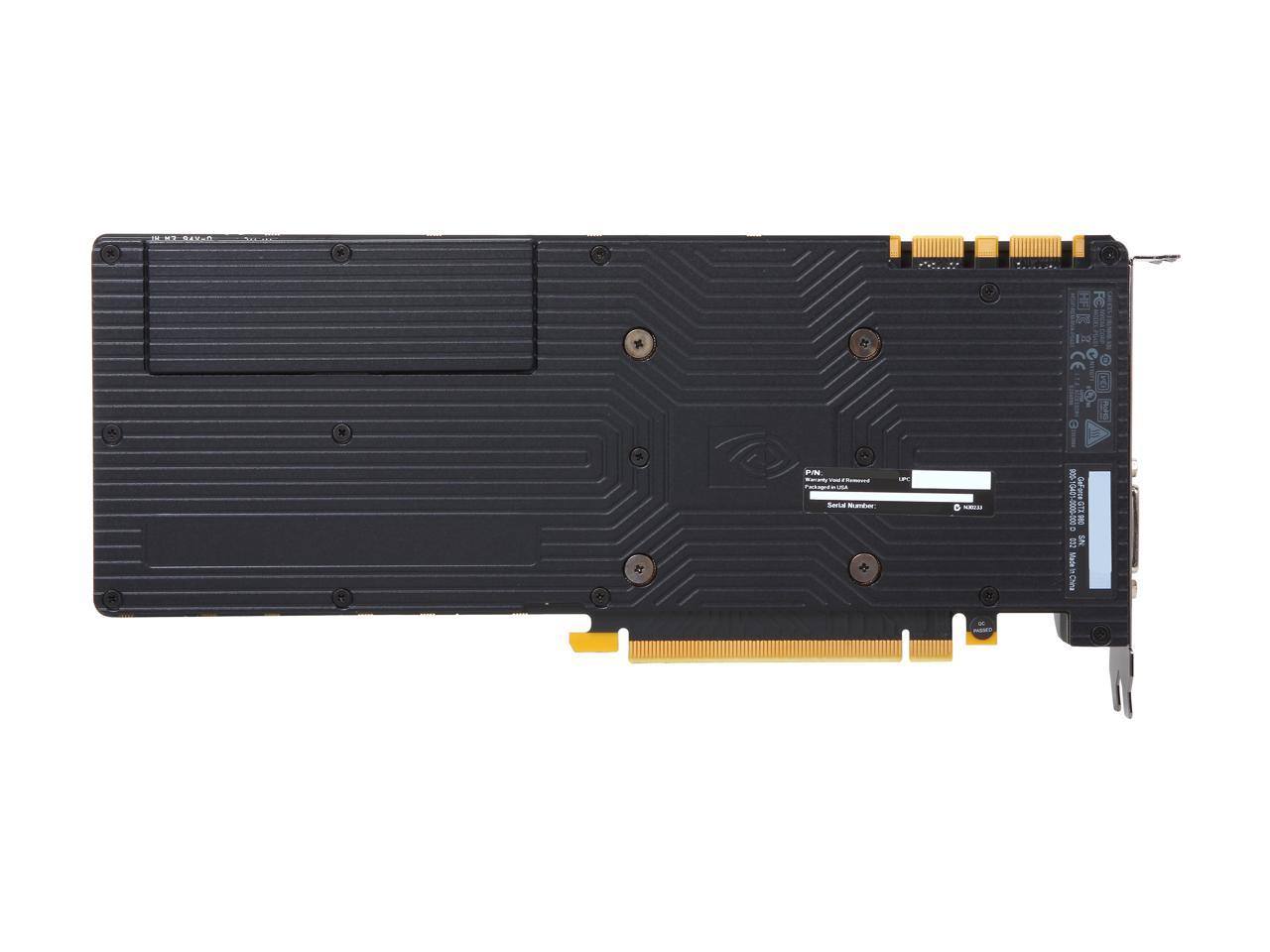 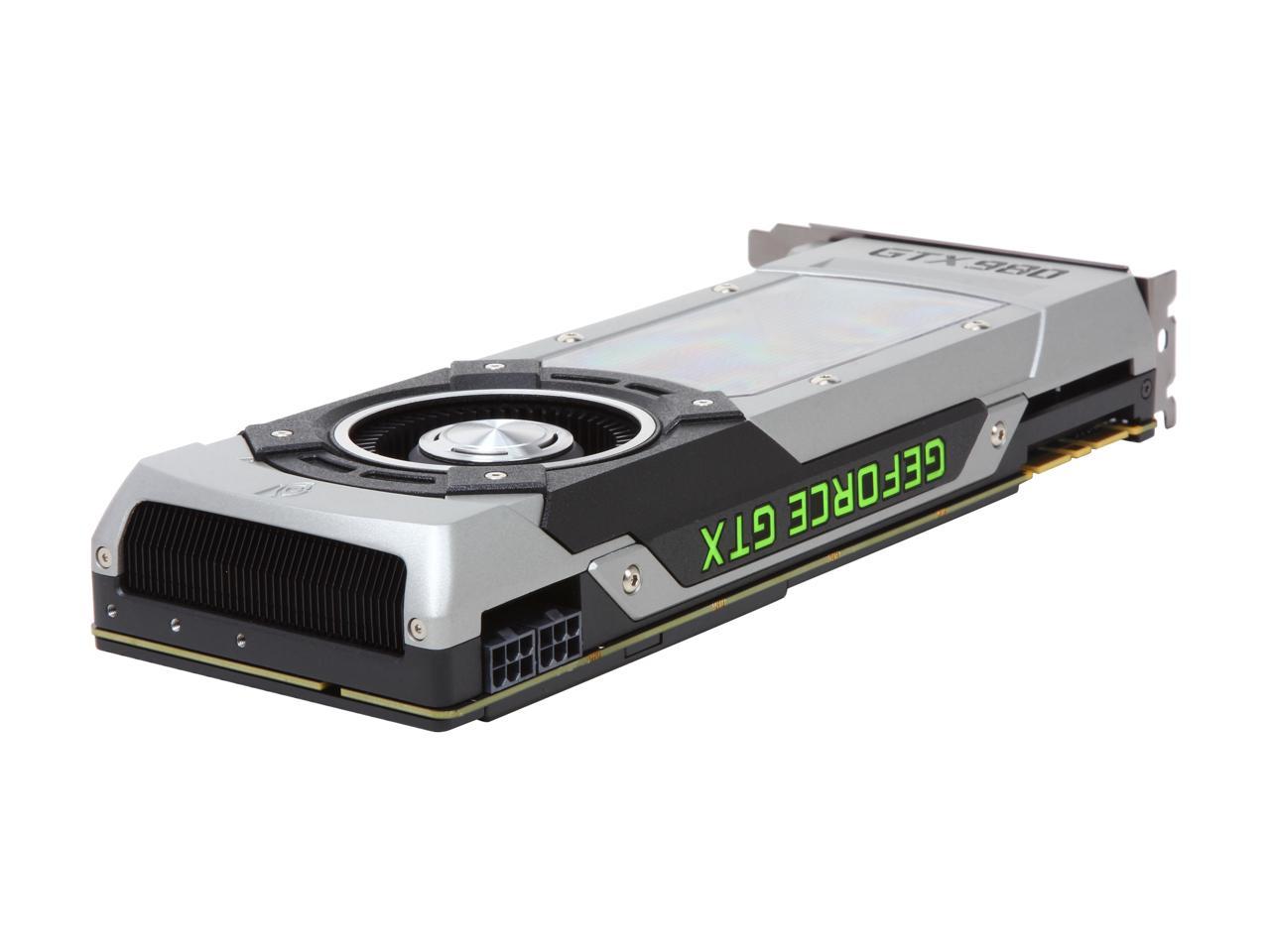 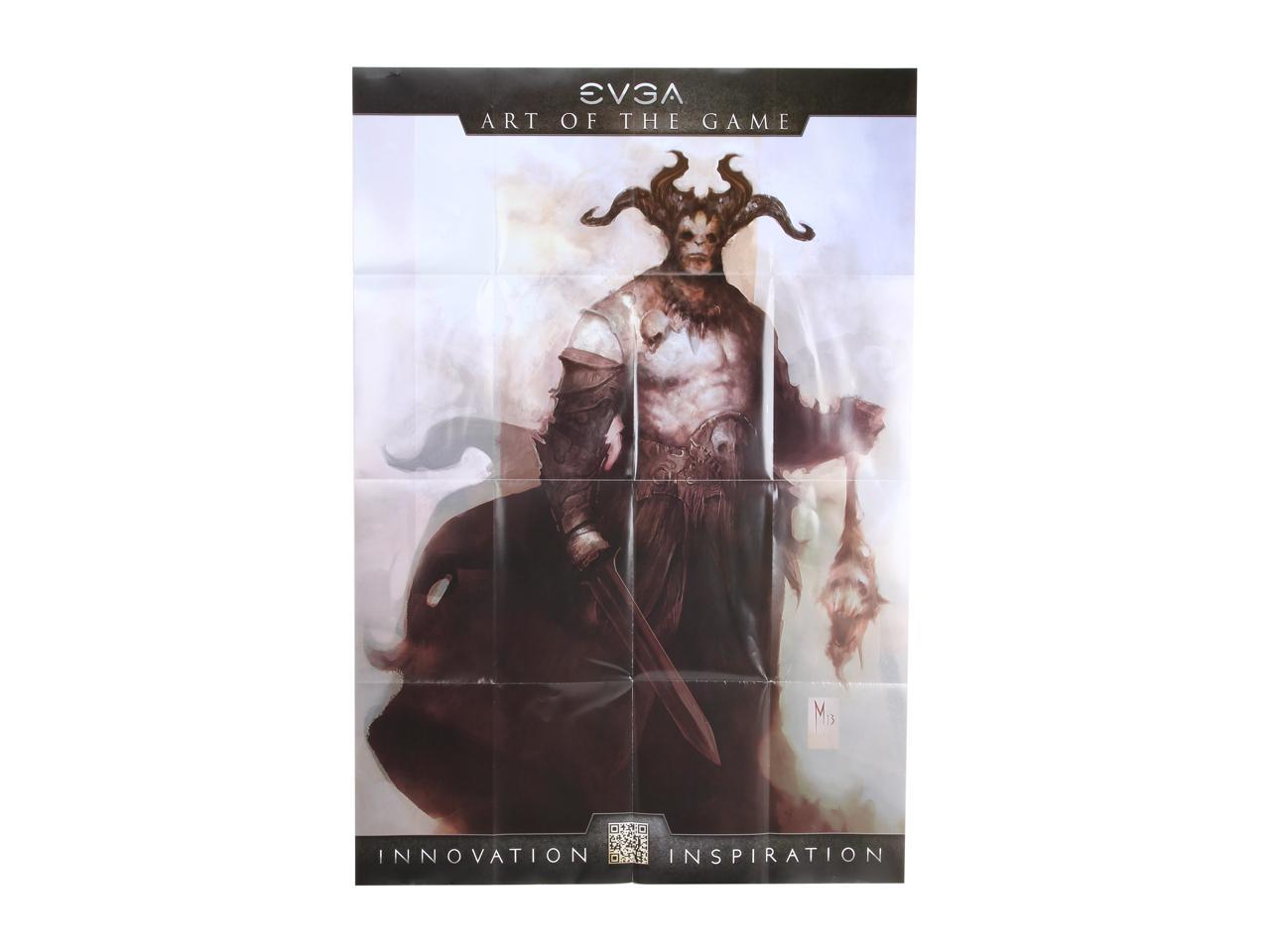 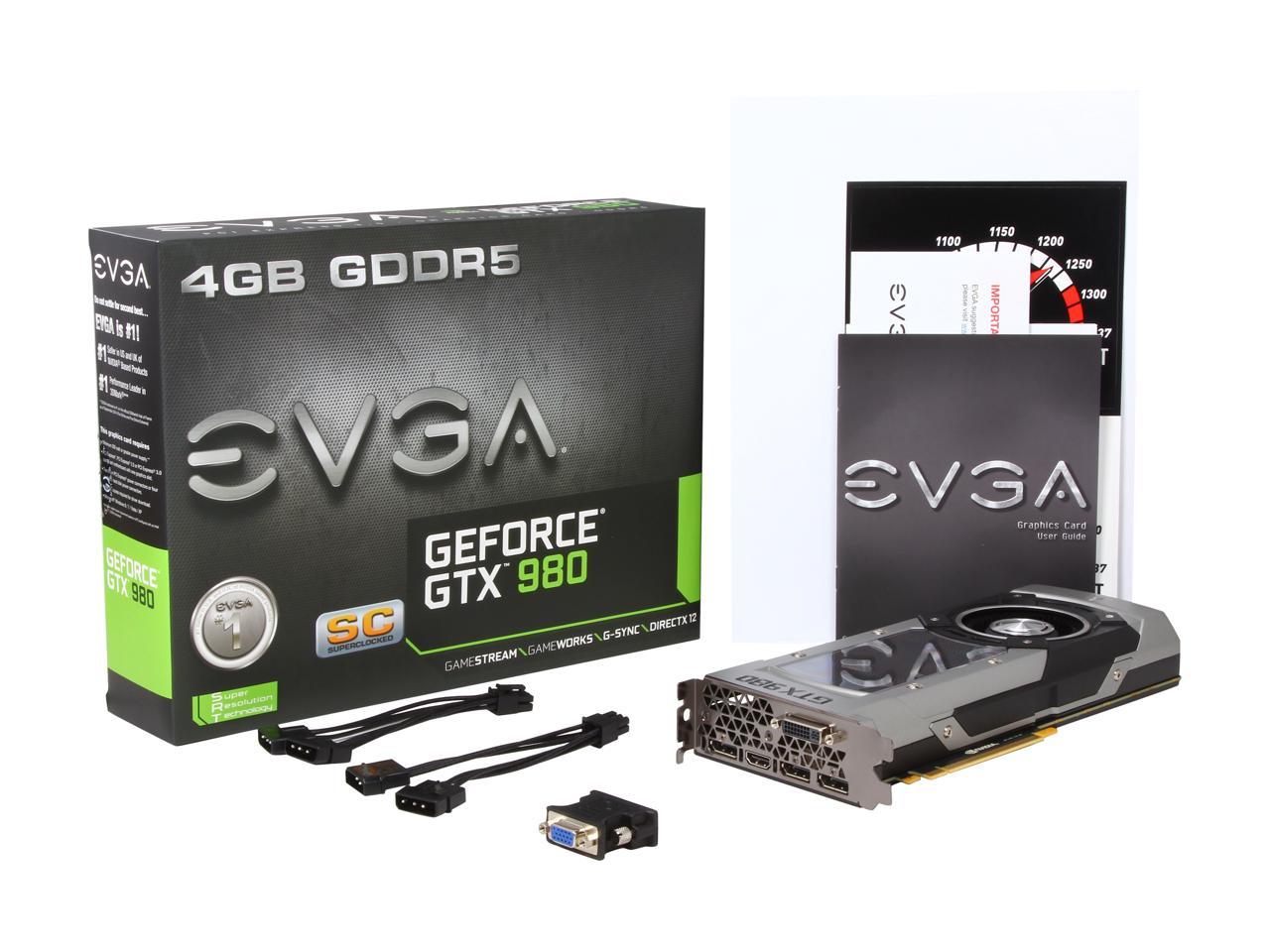 Pros: Sleek beautiful card. I love nVidia's reference design. It's like looking at a brand new Italian exotic on the show room floor. Everything about the new GTX 980 is positive. My initial test shows impressive performance. (See other thoughts for details). The Maxwell single GPU architecture is specially designed for 4K. It may not be able to pull ultra settings like the top-end dual GPUs, but supposedly it does well with mid-to-high settings. (See Tom's hardware review). It uses low power compared to 700 series. It has full DX12 support. The price is exceptional for a card that beats the 780Ti. And it supports HDMI 2.0.

Cons: none that I know of

Pros: Kepler was a largely successful architecture for Nvidia, but expectations for Maxwell were pretty tame given it would be on the same 28nm process, which typically means smaller jumps in performance. Those who saw the performance/efficiency of 750Ti however thought there might be a chance for Nvidia's next Maxwell chip to perform well, but the GTX 980 has exceeded all of those expectations. Here's the highlights: +Outperforms previous single-GPU performance champ GTX 780Ti by 15-20%, even at 4K resolutions while using significantly less power (165W to 250W) and dropping the price tag to $550. +For me, this single GTX 980SC performs similarly to my GTX 670 SLI in games that scaled well in SLI, and the 980 is actually faster in games that do not scale well or games that need more than 2GB of RAM. +Incredibly QUIET. I have been using the blower design fans even though they are often louder because I often run SLI and prefer the hot air to be expelled from the case. These blower style fans are generally louder than open-faced coolers. But this NVTTM cooler (silver one) is unbelievably quiet to the point my GPU fan is no longer the loudest fan in my case. The fans in the HAF-X are now louder. +New drivers and single GPU work great with my ROG Swift G-Sync monitor. My SLI set-up on older drivers had various issues from stuttering to out of range bug to not working in 3D Vision with SLI. +This card draws very little power for a high-end card and performs incredibly, so for anyone who is coming from SLI or a 250W monster, you will notice the difference in power draw, which will result in your room being cooler and more comfortable. +Great overclocker. EVGA did a great job of increasing stock base and boost clocks, well worth the extra $20 for the binning and validating EVGA guarantees here. My card Boosts up to 1404MHz by default, if I ramp up the fanspeed and manually increase the offset I can OC a bit more. +Build quality is fantastic. The 980 reference is built like a tank, and the NVTTM cooler is just unmatched in the industry. Nice backplate as well and this thing just ooze quality. The fan itself is solidly built and quiet, feels like a high performance tire rim or something. This is in stark comparison to some of the non-reference 970 models out there, which have varying degrees of build quality.

Cons: There's not a whole lot of cons that can be said about the card, nothing to take points off for anyways. -Price. I was not thrilled about the $550 price tag, instead of a Grand Slam at $500, it's still an Earl Weaver 3-run blast at $550. But as you can see, the card is having no problems selling out at this price point. -GM204 is going to be the 2nd biggest/fastest Maxwell ASIC of this generation. There will be a bigger Maxwell at some point, we just don't know when and we don't know how Nvidia will present it at first. It may be a $1K Titan, it may be a x80/Ti a year later like with Kepler. If you're on a GK110 or Hawaii part you will probably want to wait, but if you are on a GK104 or Tahiti part or older this would be a great upgrade for you. -Borderlands promo would have been nice. But I get it, Nvidia knew they'd have no trouble selling these cards, no need to throw in a free game. Once demand cools a bit, I am sure they will bundle something.

Overall Review: Once again Newegg comes through on release day with the most stock, MSRP (no gouging), and fast shipping! Other competitors STILL can't touch Newegg when it comes to high-end PC components. Newegg is 2/2 for me lately with both my ROG Swift on launch day and now my 980 GTX SC on launch day. I also got Shoprunner free shipping but it looks like it is gone now, would be nice if Newegg kept that consistent. Also, I know the 970 is a better value overall, I was thinking about getting 2 of them but I backed off that idea after seeing how low quality the 970s were. Most of the first run models used incredibly cheap looking coolers with lots of plastic, lots of exposed heat pipes. The PCBs are also amazingly cheap looking, basically the small triscuit PCB of the 670/760 with a blank extension that has like 2 capacitors and a fan header. I didn't want to drop down that far in terms of build quality, so I went with the Nvidia reference model which is built like a premium part. I also wanted best possible single-GPU perf to fall back on for G-Sync (early issues with SLI), plus I wanted the option to go SLI later which will make more sense with 2x980 coming from 2x670. I bought a 2nd 980 but it will end up giving it to my bro first since he missed out on the initial batches, and a single 980 is good enough for me now as it is as fast or faster than my 670SLI so far.

Pros: Upgraded from a GTX780 to 2x GTX980s for 4K gaming. They handle everything flawlessly. Both cards are utilizing reference coolers @ (T/B) 72c, 70c max temps. I did modify the fan profile to keep the cards at a decent temp, roughly 35%/35c and a smooth curve to 100%/70c. Each card has proven to be good overclockers, set at a constant 1500/8000 overclock with no forced overvoltage. I went with the reference style card as they're better for SLI in my experiences, venting hot air outside the case.

Cons: Paid a premium for the reference design. XSPC only makes waterblocks for the reference PCB and I prefer the blower-style coolers to SLI air cool while I wait for parts to arrive. The cards do get loud, but that's expected.

Pros: Substantial OC (1241 core), runs cool and QUIET (no coil whine whatsoever at least on mine)

Overall Review: Plays current games at good frame rates and older games at insane frame rates, e.g. HL2 runs minimum 80+ FPS at 1920x1440/max quality (including HQ textures, HDR, 16xAF etc). Simply gor-jus. Build quality on this card is great (no coil whine whatsoever, regardless of vsync on/off), and it runs a lot cooler at extended loads than the G200/Titan (70C vs. 83C). We debated for weeks between 980/Titan, and the more reviews we read, the happier we are about our decision.

Pros: Very fast, stock boost to 1380 on gpu core, power efficient, looks friggin sweet, sexiest card I have ever had.

Cons: wasn't free, wife not too happy, I should have bought 2,

Overall Review: This card is awesome!!! I replaced 2 gtx 670 FTW cards that I had with this single card. At stock the 670s were a hair faster but once overclocked the 980 wins hands down. Went from pulling 450-500 watts under full load to 250ish now. EVGA cards are the only cards I buy, they are an excellent company and will continue to take my money!

Pros: Amazing Single GPU Card. Runs any game I have thrown at it perfectly without needing to adjust any settings. Runs WAY better than my 295x2 that I purchased with generating half the heat and sucking up 1/3 the power. No coil whine or any irritating noise, can barely hear it at times.

Overall Review: Thank you so much to Newegg and the Newegg customer service team. They worked with be beyond my expectations and I am one very happy customer. I will be shopping here for my next 3,000$ build in the next 3-4 years without question!

Pros: Relatively low power draw Good looking card Can be overclocked further I haven';t met a game I couldn't crank up at 1080p. Also does very well at 1440p.

Overall Review: This replaced a pair of GTX 660Tis and it has yet to disappoint.

Overall Review: I got these to (hopefully) power the Asus ROG Swift monitor, if they ever restock. I can tell you this, if your on the fence about the GTX 980 or the GTX 970, the 970 is probably all you need. But, where's the fun in that!