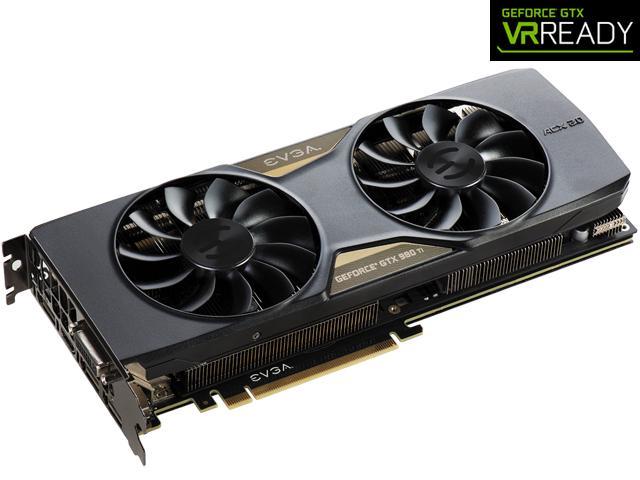 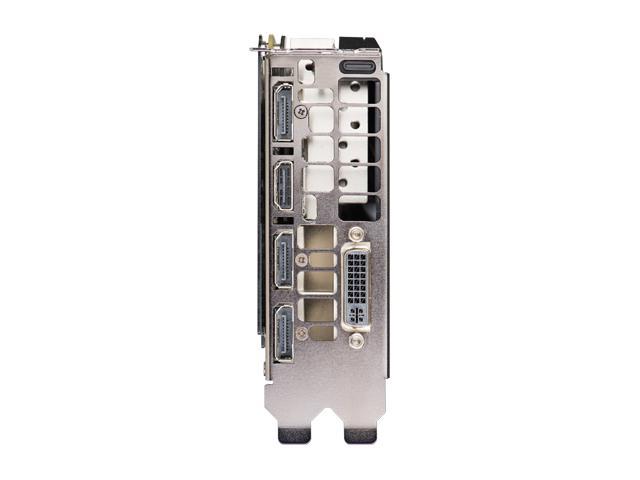 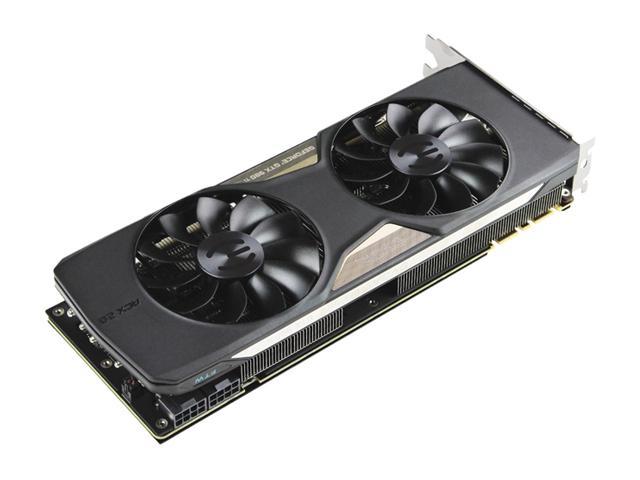 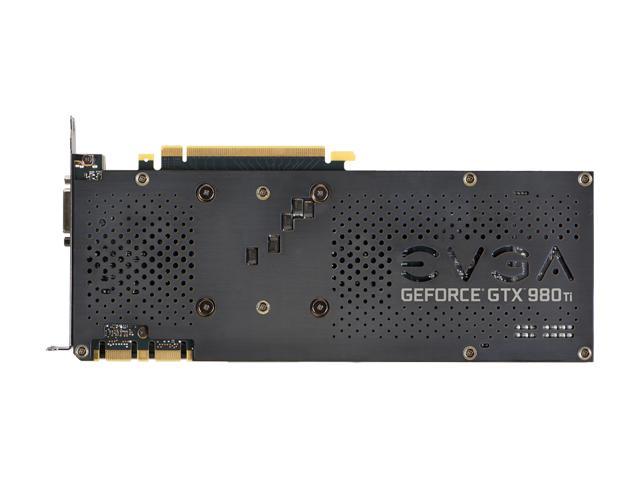 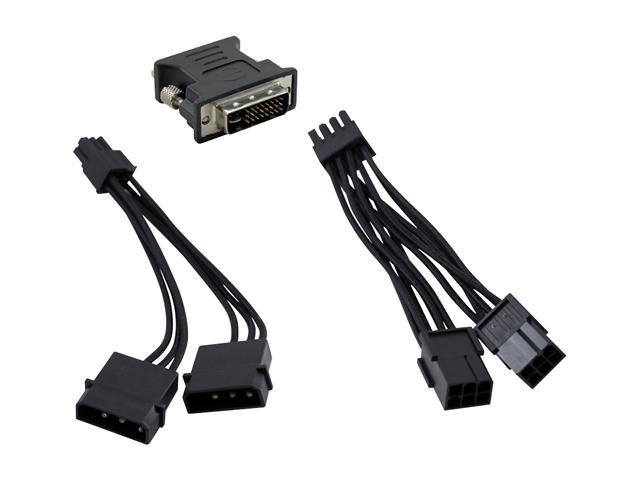 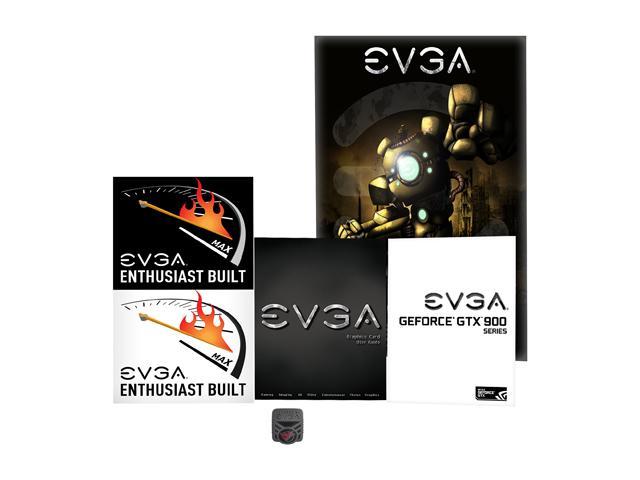 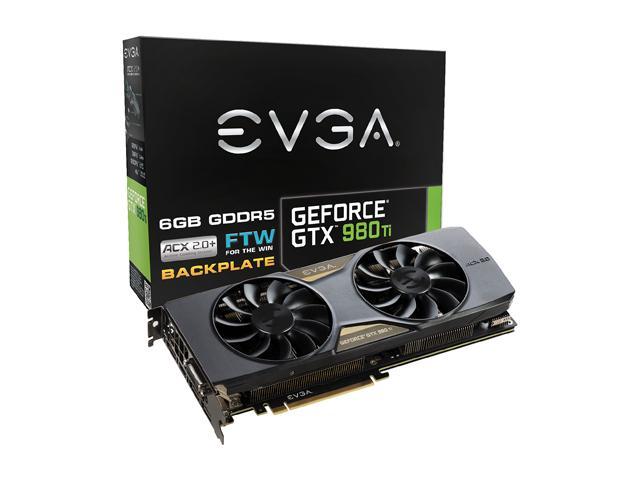 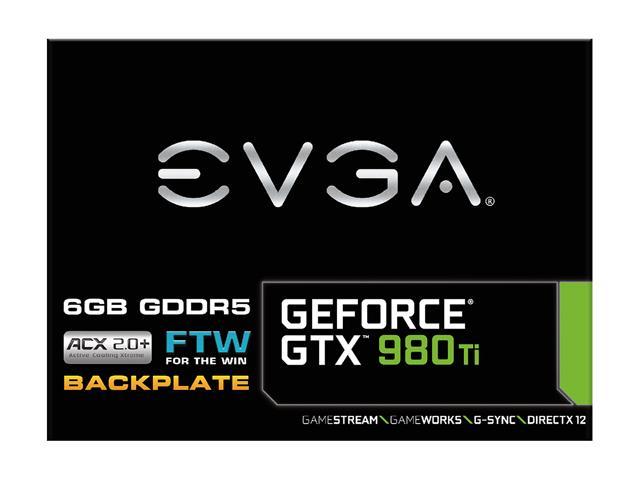 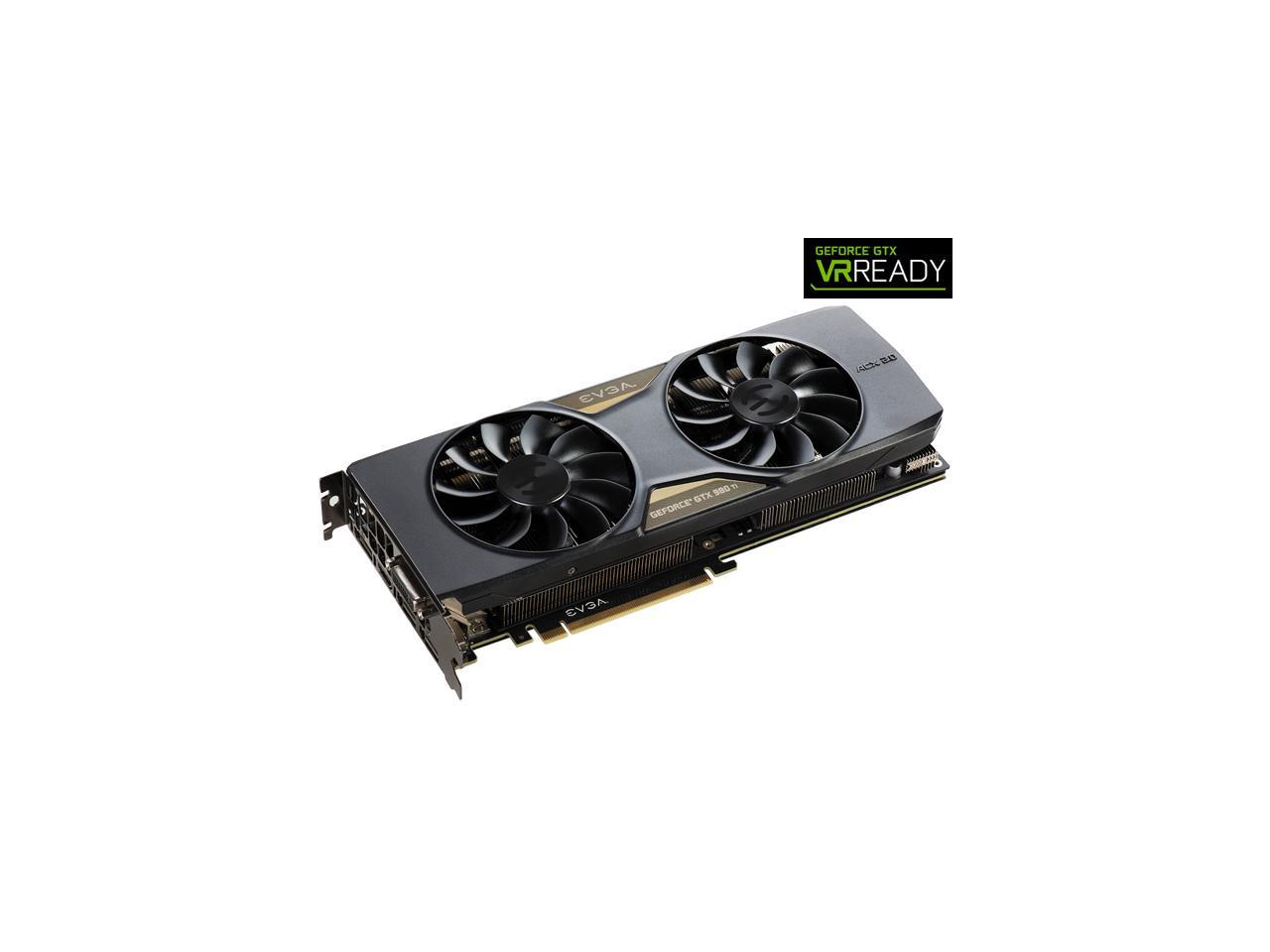 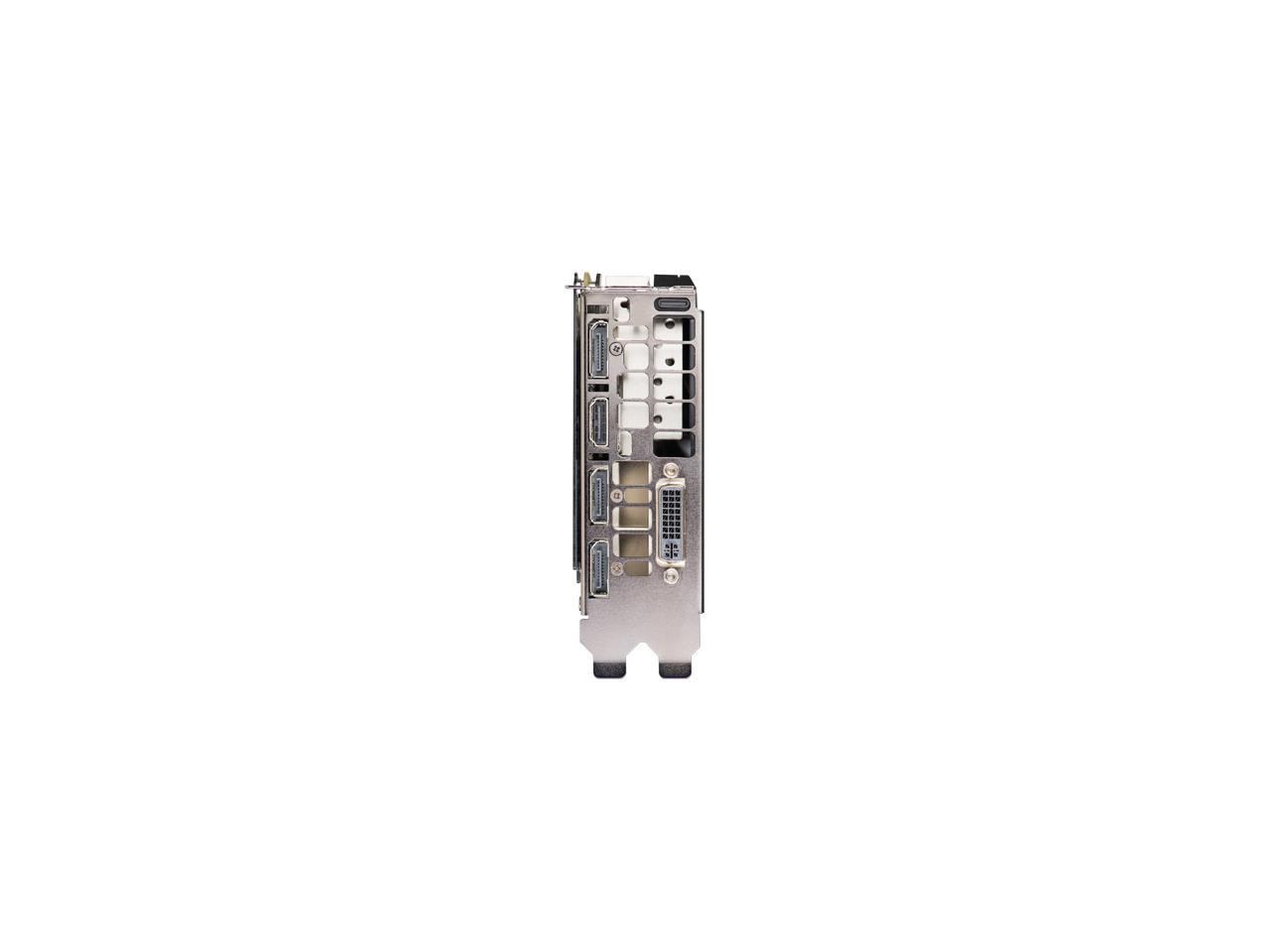 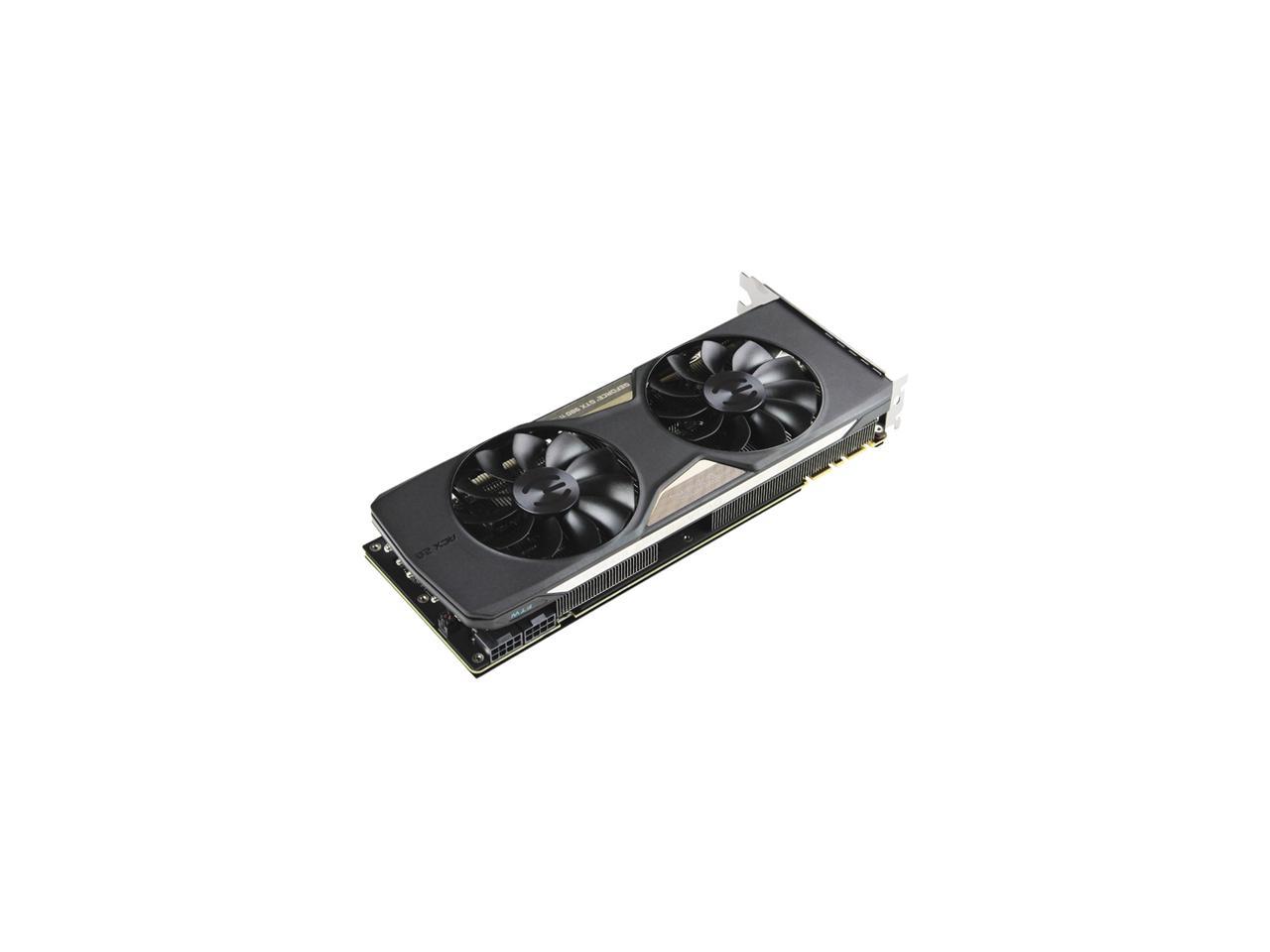 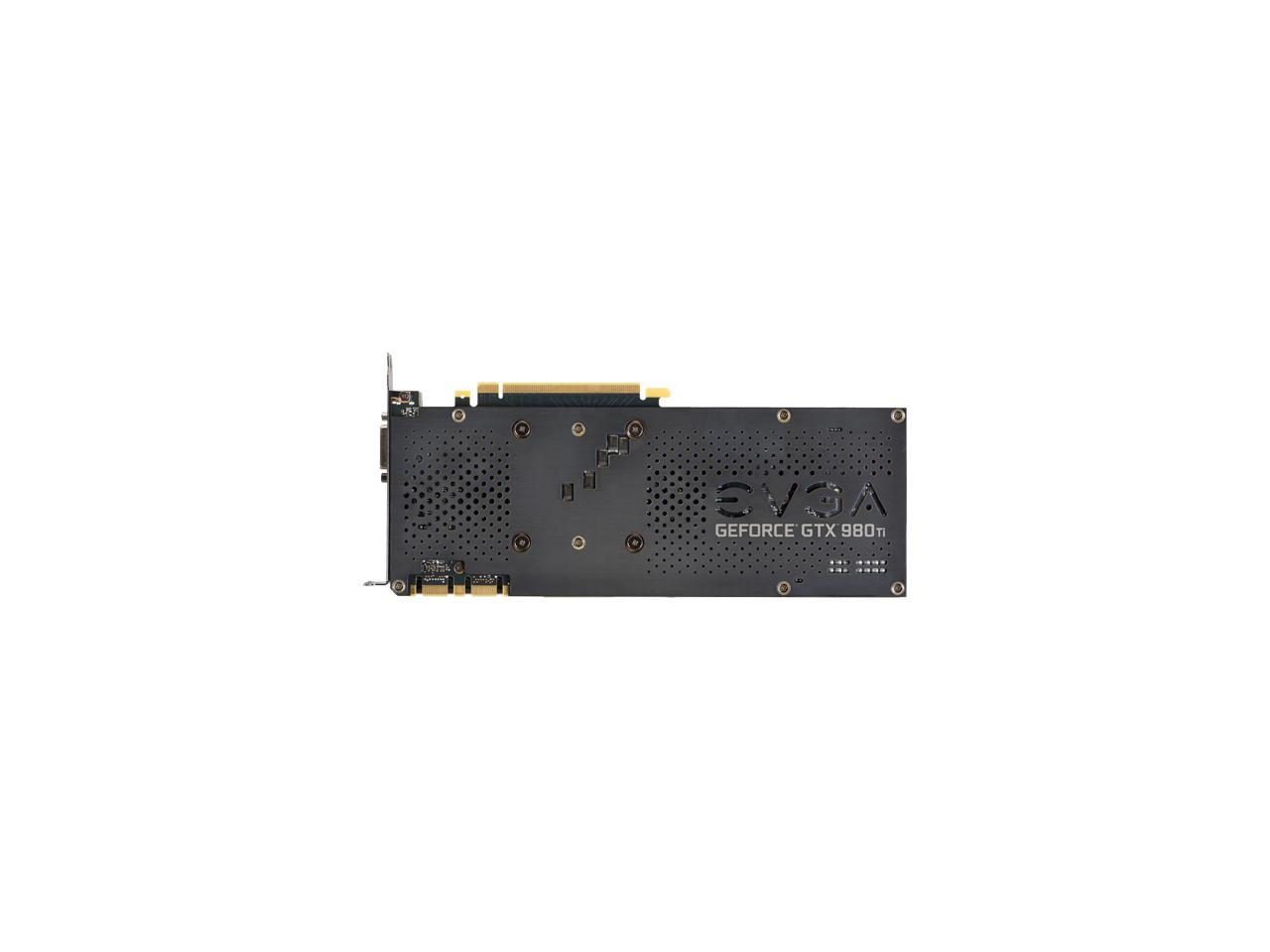 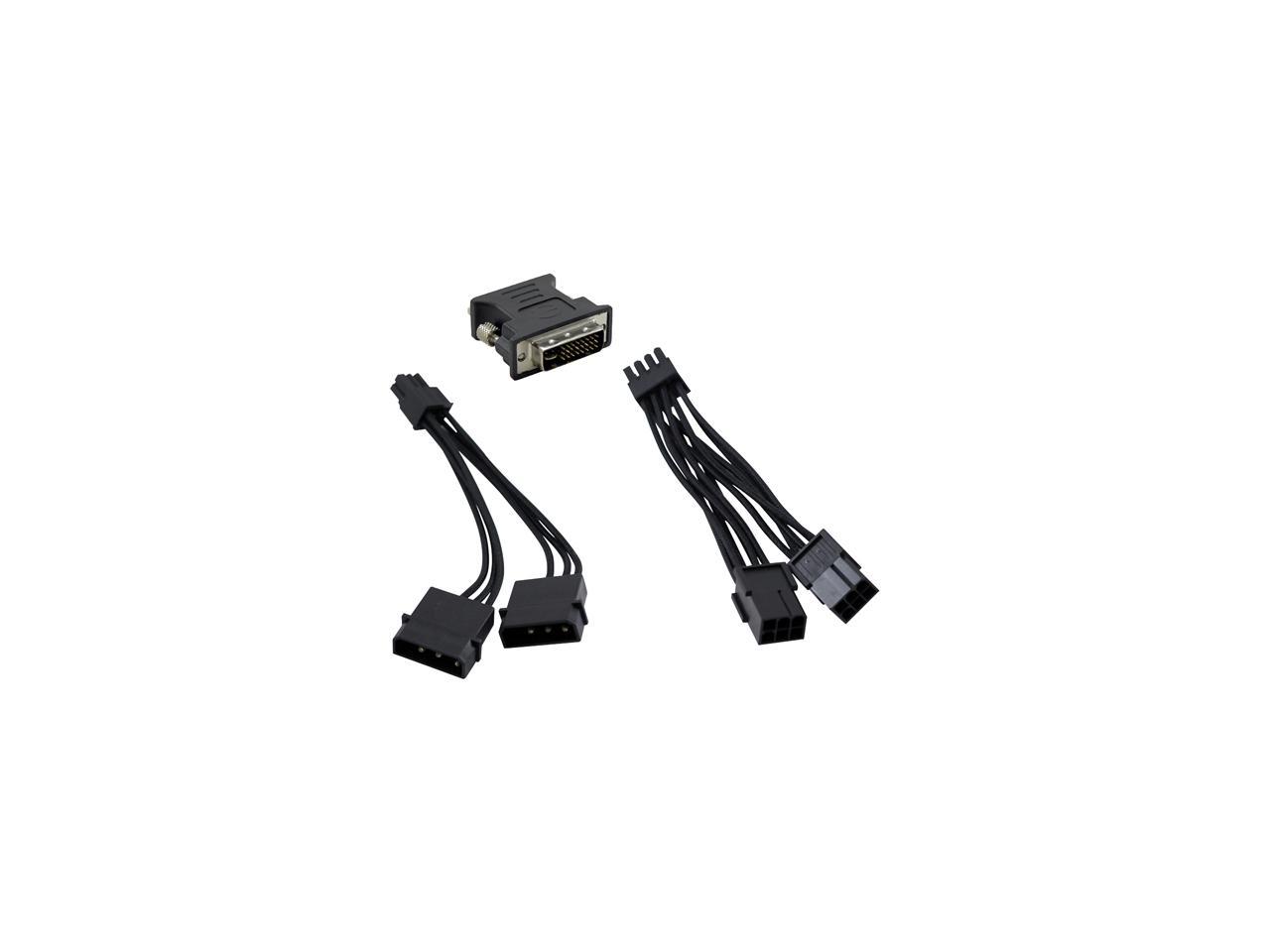 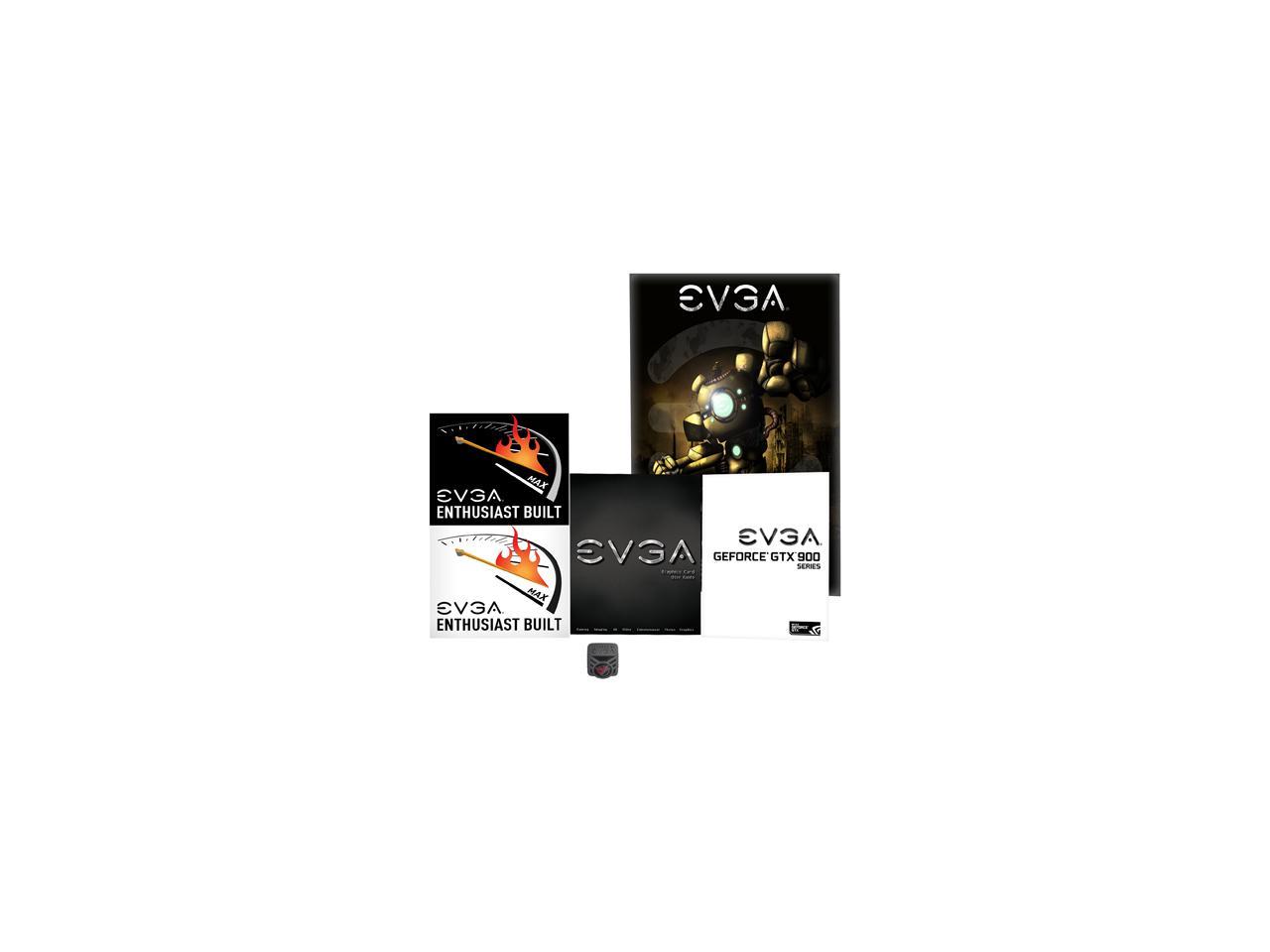 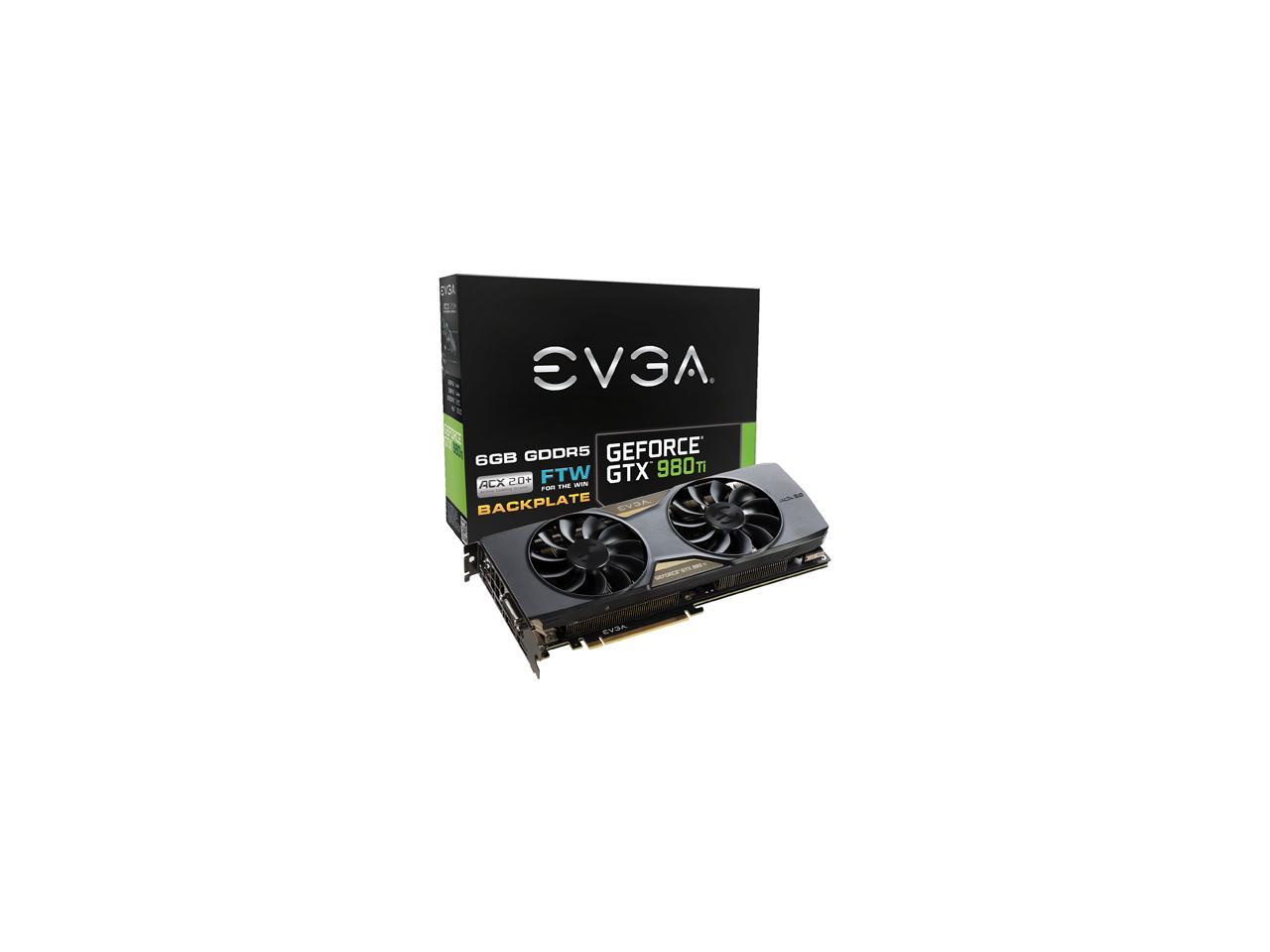 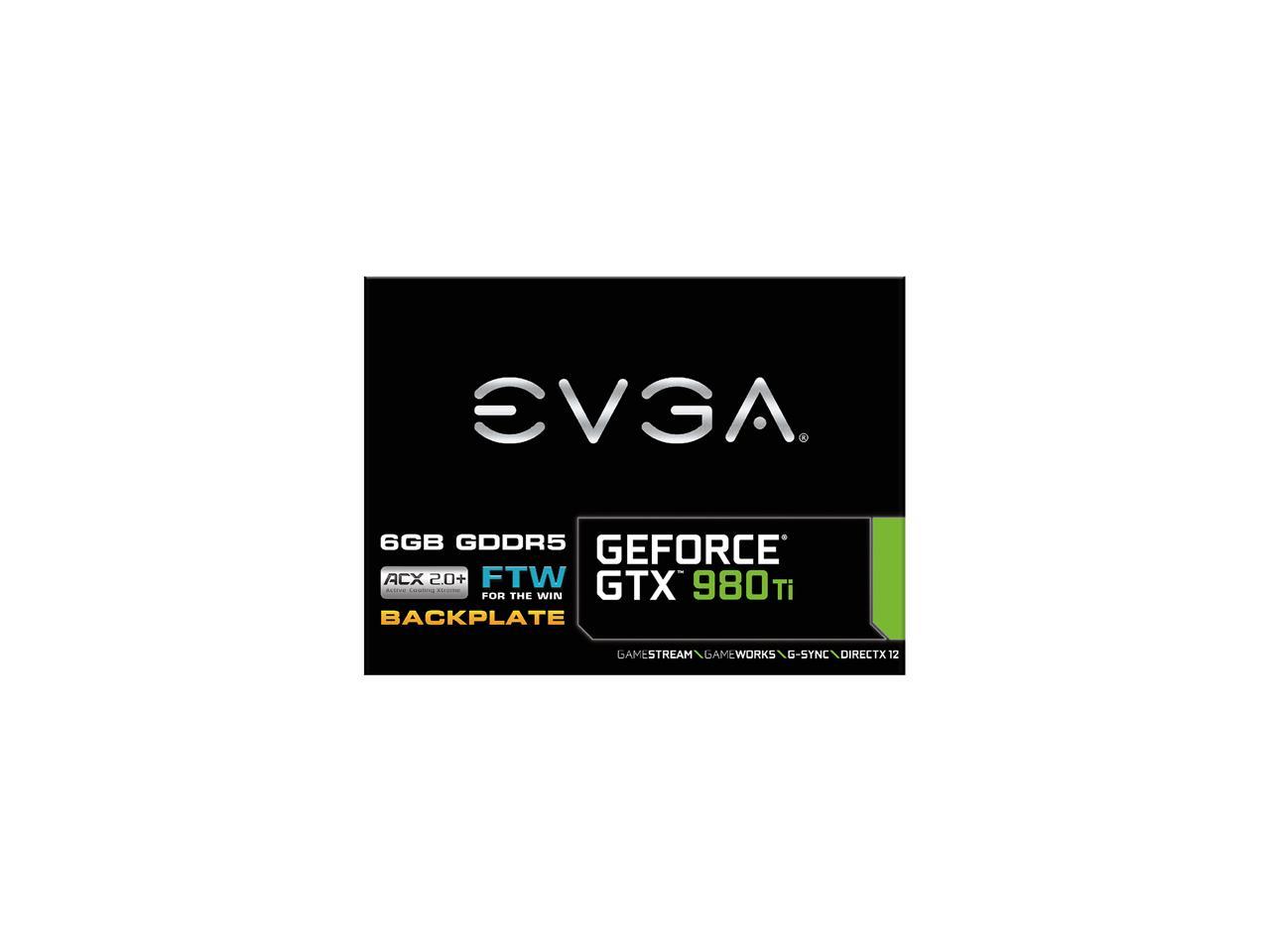 QSD BIOS - Quick Switch Dual BIOS
Multiple integrated BIOSes allow you to switch to the secondary with the flick of a switch.

6GB of High Performance memory running at extreme clockspeeds giving you access to highter texture qualities in games, improved 4K gaming performance and optimized for the next generation of gaming. Pros: Card is as fast as a Titan, the way it is clocked ad a fraction of the cost. if you want more buffer memory and a beast of a card this is it!

Cons: None. See other

Overall Review: Original card delivered by Newegg had a defect. While the card was being built, someone jammed the LED power cable into the post and snapped it off the motherboard. My original post said that the LED system was non functional and I gave a different rating. EVGA posted here and offered to help. I RMA'd through them and within a week, I had another brand new card delivered to my front door. I chose cross ship, so I played with the original for almost a week. I cannot say enough about Newegg and EVGA. The Egg was willing to do an RMA as well, but I saved a lot of time, not having to down my main system while I sent a card back. EVGA made the process easy and listened and determined that it was a factory defect. Many thanks to the crew at EVGA, from Erik, Jason, Andrew and Christian. Sorry if I missed someone. I have been purchasing EVGA products since 2007, when I first noticed Newegg carrying the brand. The company is second to none in Customer service. There are a few companies like EVGA and Newegg left. Companies you can put your trust in.

Pros: It works. I am really happy with EVGA. Upgraded from an EVGA 780ti SC. I was really happy with that card as well. I haven't tried to overclock this card and only overclocked the 780ti for fun. I have it paired with an 8350. I am happy I did it. The 8350 has survived through the 6850, 7970, 780ti and finally the current 980ti. She has been good to me. I am writing this knowing there will be a 6700k here in a couple days. I did see some gains with this card over the 780 but not like I expected or had read about. I am gaming on a Qnix 2710 also purchased from Newegg and also a treat to own. I know with the extra vram I will be able to game very comfortably at 2560x1440p. That was the large reason for the upgrade. It handles 2k butter smooth. I am not ready for 4k. I think the processor is holding it back and that is the reason for the upgrade. Also I got a coupon from EVGA for up to 50 percent off a mouse and/or a power supply. I took advantage of both. I purchased the platinum 1000w power supply and the Torq x10 carbon. I was very happy that they passed on some extreme savings like that. I have grown very fond of EVGA and their products. Boy is this card quiet and great temps. I have it housed in a HAFX with the 200mm side fan blowing on it and the optional fan in the housing in front of it blowing on it. Even gaming for hours with everything cranked it doesn't miss a beat.

Cons: I haven't experienced a single con as of yet. I bought the 780ti right when it came out and paid a premium. I was glad I waited a bit on this one and got what I considered a good price for a top of the line card.

Overall Review: I would buy it if you are on the fence. I like pretties though so there is that. Thanks for the good work EVGA and looking out for us PC gamers. If you read this then thank you for that. All the best to whomever you are.

Pros: The performance has been excellent in my i5-quad core system, Win7 OS. I am not playing anything demanding, just Diablo 3 and Grim Dawn at their highest settings on my at 3440x1440 res. Importantly I ran the SteamVR performance test a couple times. It passed with flying colors, all the way to the right of the scale! So, I expect that I should have a great experience with my HTC Vive when it shows up in a month or two. The card runs cool and also quiet. In fact, it is far quieter than my MSI AMD R8 card that I upgraded from. It was just icing on the already yummy performance cake. I think it is well worth the cost as long as my VR experience bears out.

Cons: I should have read more closely, but I was not expecting the need for 2 x 8-pin power connectors AND the fact that my 3 year old power supply did not have the connectors for it. I did have an unused 6-pin supply which I put a splitter on and plugged the power in. It has worked like a charm!

Overall Review: In summary, it was easy to install, works better than I expected, is very quiet and is backed by an excellent company. Highly recommended!

Overall Review: - Overall I built my machine over 2 months ago. So far no issues at all. Im very happy with the product and I would recommend it to anyone.

Pros: It's a 980 ti The label lights up Its an overclocked edition so higher bin than average Bought it for cheaper than non-oc'd versions It's a f*cking 980 ti

Overall Review: Thought it had really bad coil whine, realized it was my poor power supply trying to meat demand.

Pros: Very clean looking card. Could not be happier with this card does everything I want and more. The smart controlled fans took me by surprise at first.

Cons: There are only two cons that I can think of. 1. This card is very power hungry you will need a big power supply for this card when its under load. 2. I do not know if this is really a con, but this card is a pain to set up if you are using an older MOBO like I am.

Overall Review: Like the title says this is my second GTX 980ti the first one I RMA'd because I thought it was DOA since I could not get a signal from it to the monitor at all. Sent that back and got the one I am currently using and got the same thing when when I tried installing it. At this point I was starting to question the compatibility of my MOBO to this specific card. Called EVGA tech support and after some troubleshooting, they informed me that getting a second DOA card is very unlikely and it very well could be something with my motherboard BIOS and that I should call ASUS, but if not they would gladly take the card back. I said ok and called ASUS to see if they could give me some more info as to what is happening this is where it gets great. ASUS told me to that due to the nature of this updating the BIOS on my motherboard would not be necessary and that I would brick the board if I tried all the while putting the blame on EVGA for there product. Did not listen and updated my BIOS to the latest version and now the card works flawlessly. Good job EVGA for knowing more about another companies product then they do. Cheers on making a great product and keep it going.

Pros: Runs nice and cool (58-60c) in my Corsair 760T case. Performance is absolutely amazing! This GPU cuts through games like warm butter. I have been playing "The Division" with settings on high or ultra with no loss in FPS. I could not recommend a better graphics card. EVGA hit it out of the park with this 980 Ti.

Pros: Eats my 780 ti for breakfast. The performance difference is insane. Very quiet, cooler than my 780 ti, and the backplate is a nice touch. Quite sturdy overall.

Cons: None, this thing's a monster.