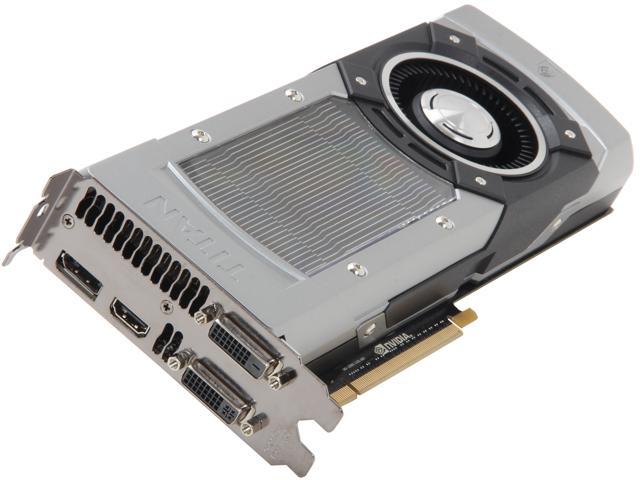 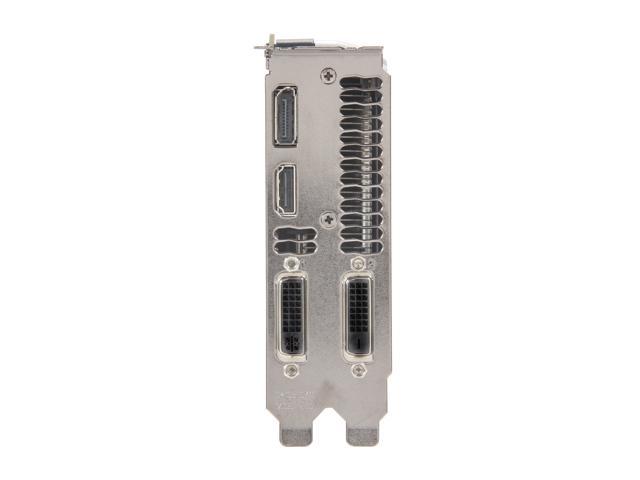 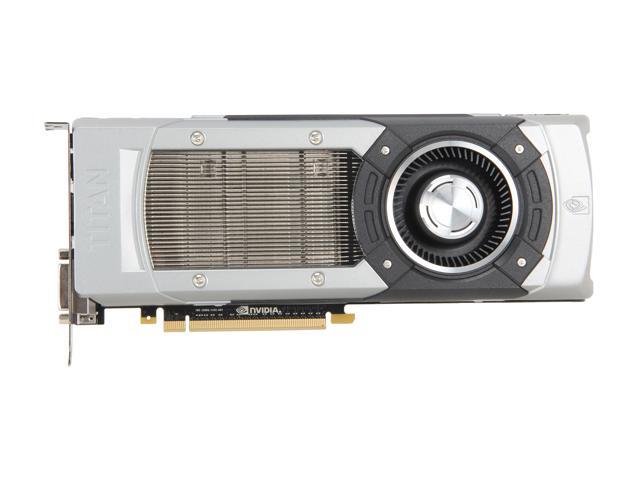 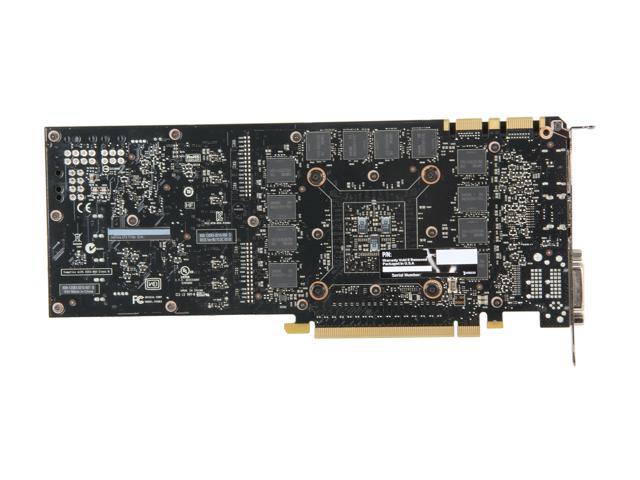 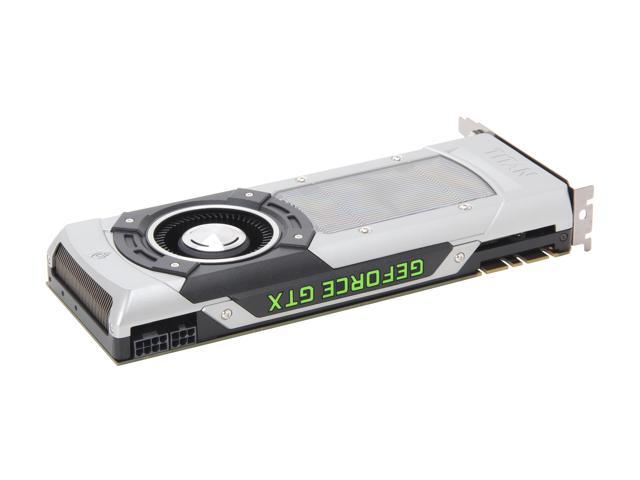 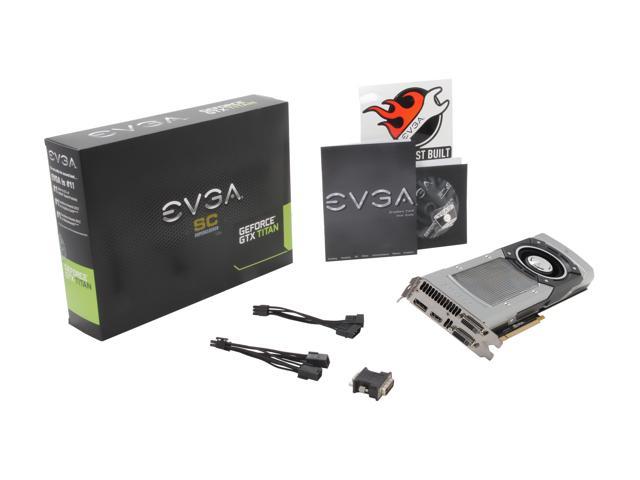 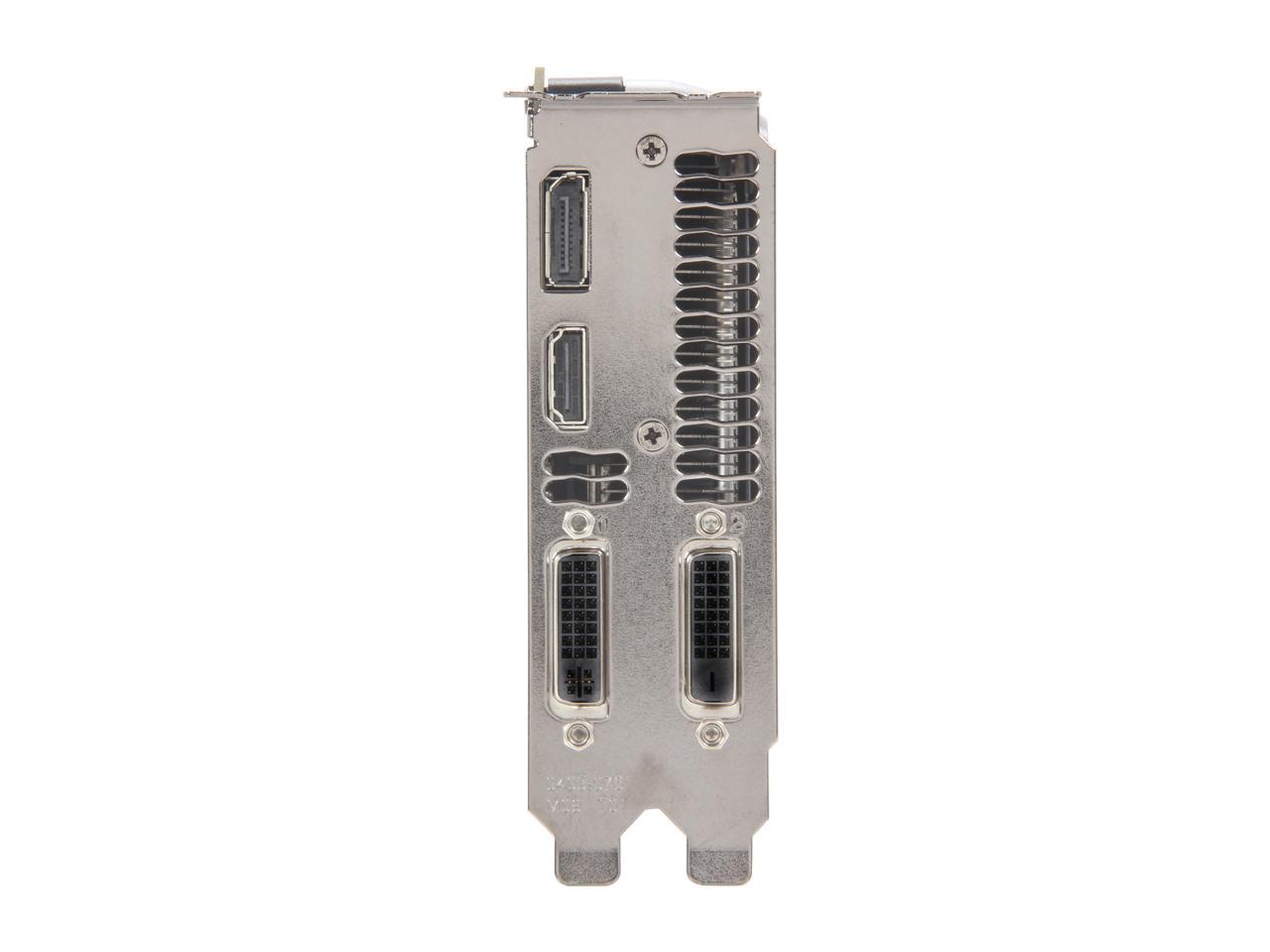 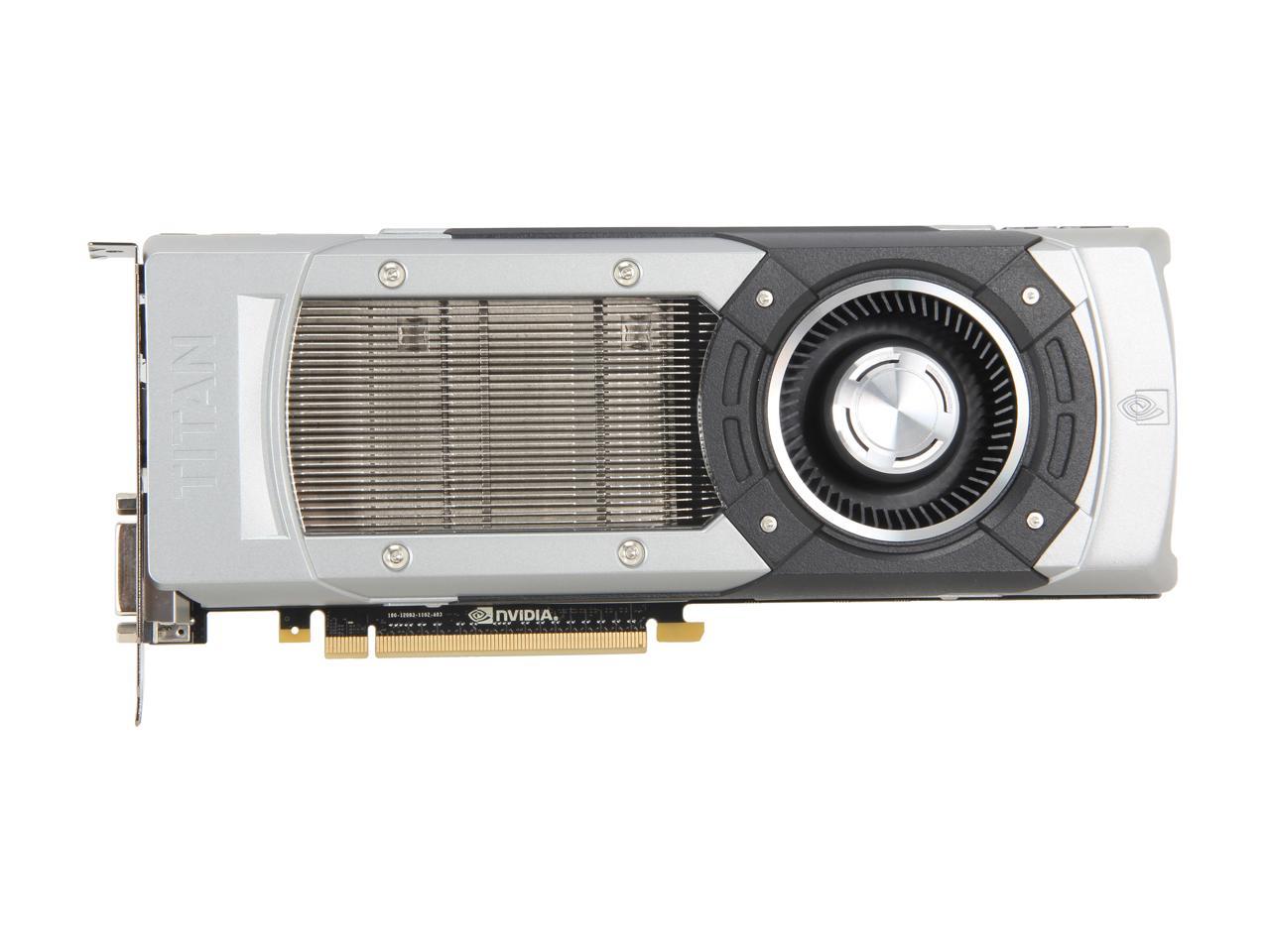 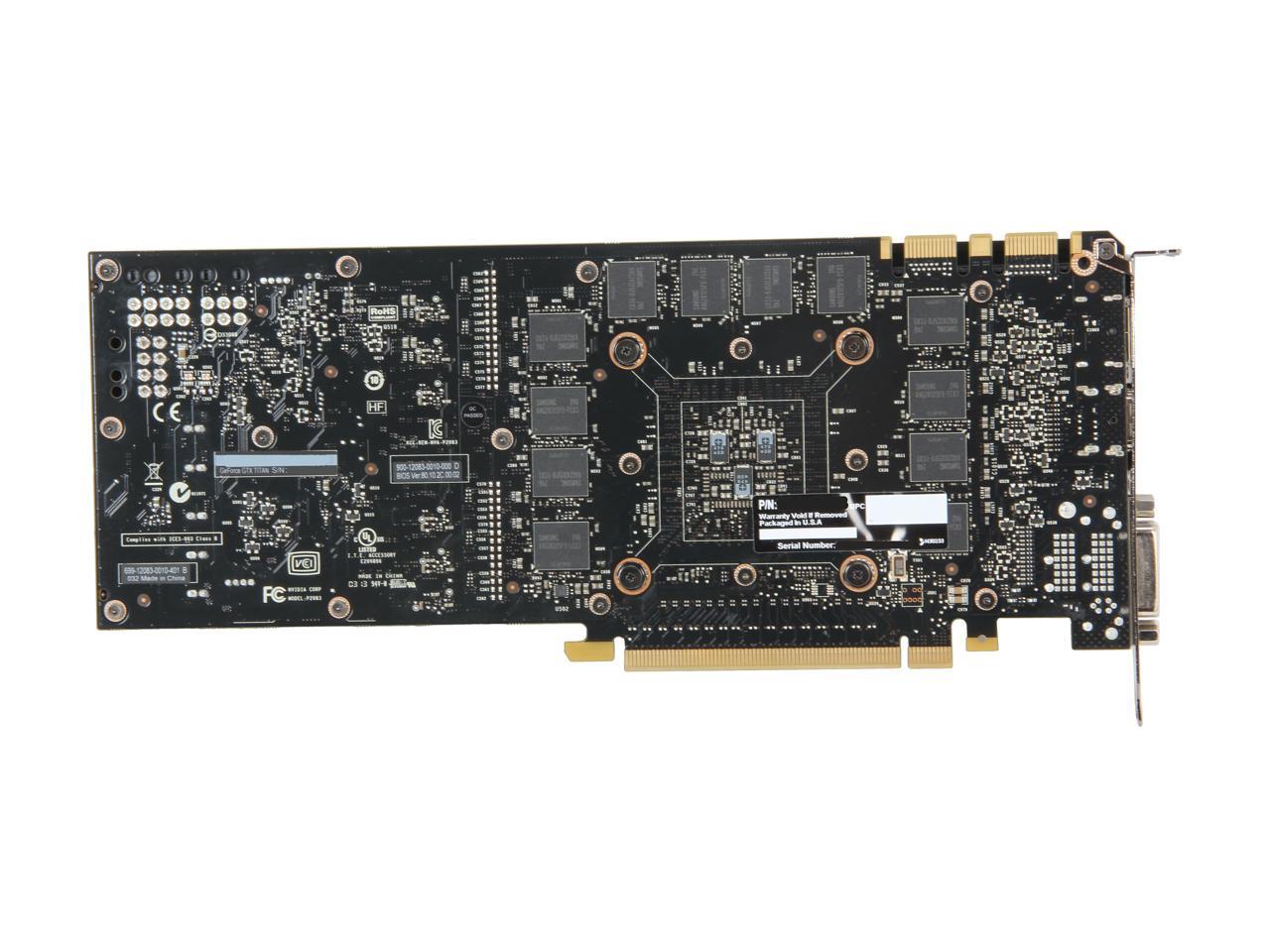 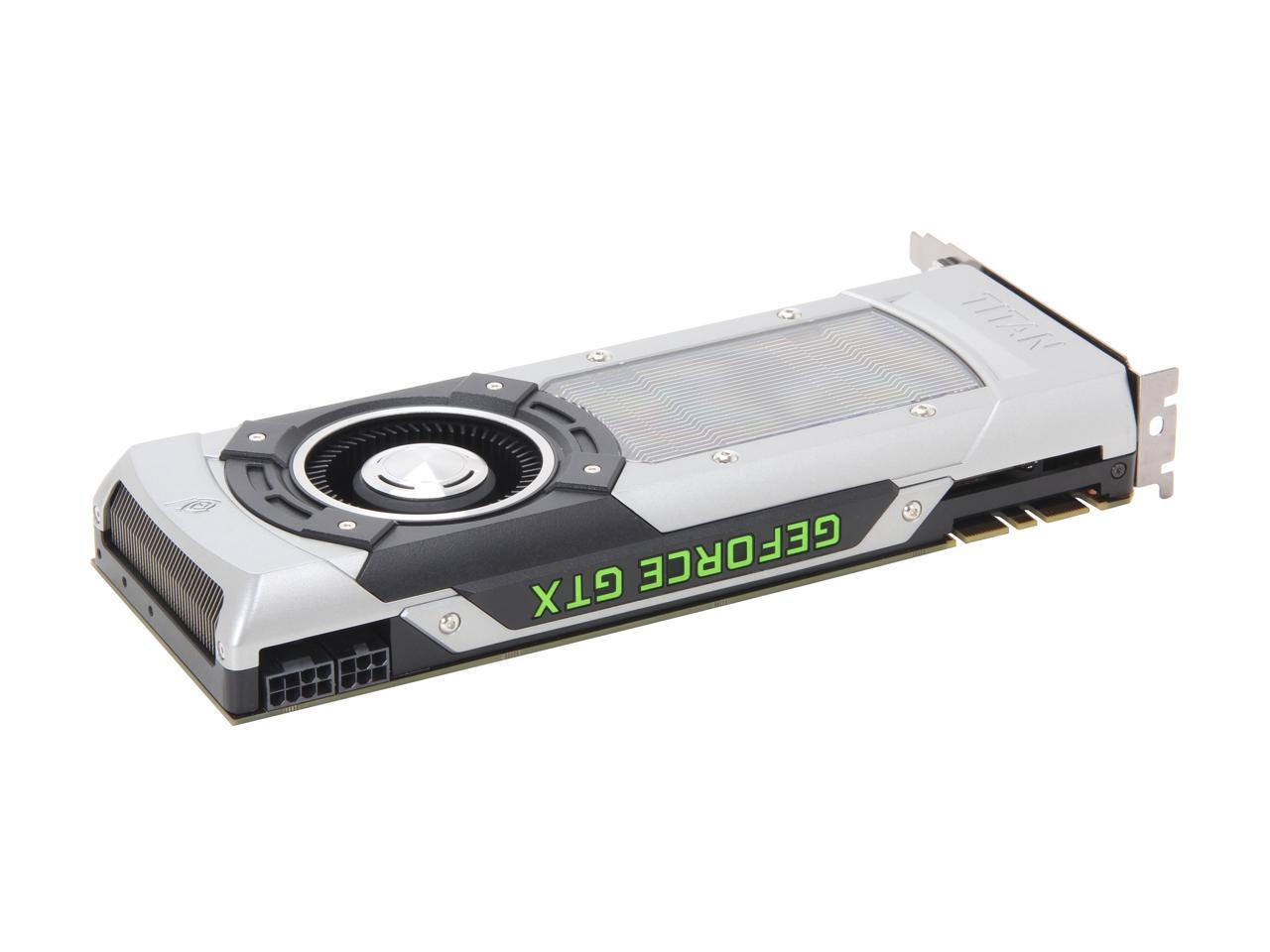 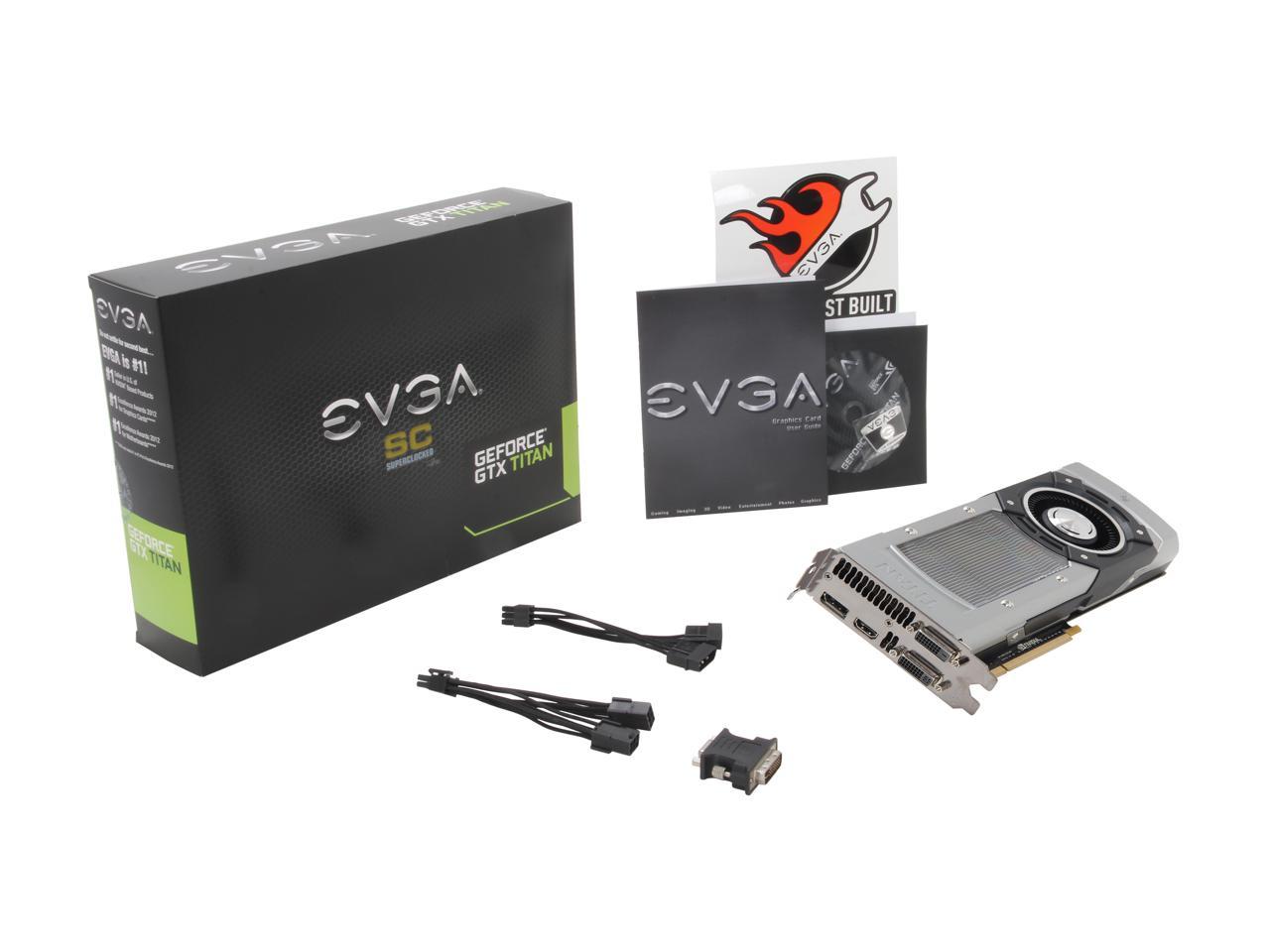 Pros: Well.. The fastest video card pretty much sums it up. The chassis is very nicely made, and the top of card LED is nice for bragging rights, but the performance is what you buy this card for. I've used it with Altium Designer, and every other application that I run. I'm not a gamer, I bought it for the high crunch and smooth high framerates. It delivers. On the same benchmark as my GTX-470, this card runs 40C cooler, and delivers 3x the framerate. Look at the scores on Passmark, and believe them.

Pros: Fast. Well built. Like the heaviness and all around build quality. This blows my 580GTX SLI cards out of the water.

Cons: Price of course. $1019.99 for playing games with higher fps. That is the price for new tech and bleeding edge.

Overall Review: Just ordered another one....Should be here in a few days, then I will see how well scaling is on games with the Titan.

Pros: - Single GPU - Runs quiet and cool - Looks amazing - Got it because I wanted to have the most powerful card to fit in a Silverstone SG-05 case (with some miner mods). Runs all my games maxed (except Crysis 3) on my overclocked (66Hz) 1080p monitor. I don't regret buying the card.

Overall Review: If you are on the fence (like I was) on spending this much for a card just do yourself a favor and buy it when it's in stock. You won't regret it.

Pros: I said it in my 680 review, the real Kepler was lurking deep in nVidia's labs back when GK104 was released, and guess what, it's finally here! The performance is above any other single GPU out there, period. Have two of these in SLI, and the scaling is awesome, I'm able to play Crysis 3 maxed out at 5760x1080 at insane framerates, a feat dual and triple SLI 680s couldn't achieve (from personal experience) Tons of VRAM, this thing is a monster, OCs like crazy, up to 1179MHz core already on air, and it runs cool too, idles at 32 degrees, and it won't go over 73 degrees even at 106% power target. If you game on multiple monitors, there simply is no better card than Titan as of now, will run anything you throw at it maxed out at insane resolutions. Simply the best as of Feb 2013

Cons: Expensive! Nvidia should've priced this at the very least $100 bellow the 690, as the performance is lower than that card, then again, this is a single GPU card, and in SLI it's unbeatable; regardless, Nvidia is making a crapload of profit from this card (yield issues? come on, GF110 (Fermi 2.0) has only a size area about 20mm2 smaller and they sold tens thousands of those at $500 or less) By now the 28nm process is mature enough to yield enough chips for Tesla and Titan, give us a break. Related to price, if you game on a single monitor, a 690 or even dual 7970GHz Ed. are probably a better pick for your money.

Pros: The Titan is simply amazing. Handles maxed settings in every game I have tried, and does so at very high and smooth frame rates. Not only maxed game settings, I am maxing Anti-Aliasing, Anisotropic Filtering, Texture Filtering and Ambient Occlusion (when supported) from the NVidia control panel. Coming from my 580 SLI setup, I am saving on power consumption and have less noise and a very large performance increase. Like all the other EVGA products I have purchased, this card is very well-built and very nice to look at. And you have to love the LED bling shining out the side of the case.

Cons: It is high priced, but to have the best one-card gaming solution available to a civilian is priceless.

Overall Review: I couldn't imagine needing to SLI this thing until I find a game that doesn't run smooth as silk with everything maxed. I am finding my frame rates are so high that I am seeing some horizontal tearing on my ASUS VG278H so in those cases I turn on the adaptive v-sync from the NVidia control panel for the game title having the issue. Even with the adaptive v-sync enabled the games run way smoother than I have ever seen them run. It is making my old favorites look better than ever.

Pros: Runs everything maxed out. No complaints so far. Runs better than the 3 680GTX I had (2GB). Very happy with this card. Can't wait to get the 2nd one.

Cons: No backplate. You pay 1000$ for a video card it should come with that IMO. Not a big deal though so I didn't take a egg away. Just if someone from EVGA is out there please put backplates on all the high end cards and just charge the extra 30$ or whatever. We will happily pay that.

Overall Review: 2nd review. This was just something that was eating at me that I thought I should talk about. That and my first review wasn't that long.

Pros: This card is well ahead of its time. I have ran multiple high demanding games, such as battlefield 3, crysis 3, and Skyrim full spec and it ran fluidly. I was so impressed. This card makes me never to want to buy a console again.

Cons: The card is HUGE! So you will need a Full ATX Case not a mid one. Also, the specs demand at least a 600w PSU but consider something over 1000w because if you buy this card you will want to buy the best with it as well and they demand some wattage also.

Overall Review: I am running this with an ASUS Rampage Extreme motherboard, 32GB GSkill 1866 memory, and the newest intel IVY bridge extreme i7 6 core processor, also with a seagate 500GB SSD. This is the way on built my system and it runs flawlessly, GPU and CPU run at ultra low temps.