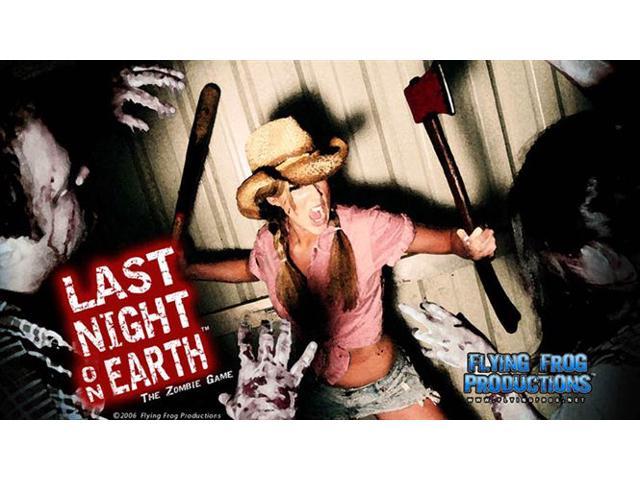 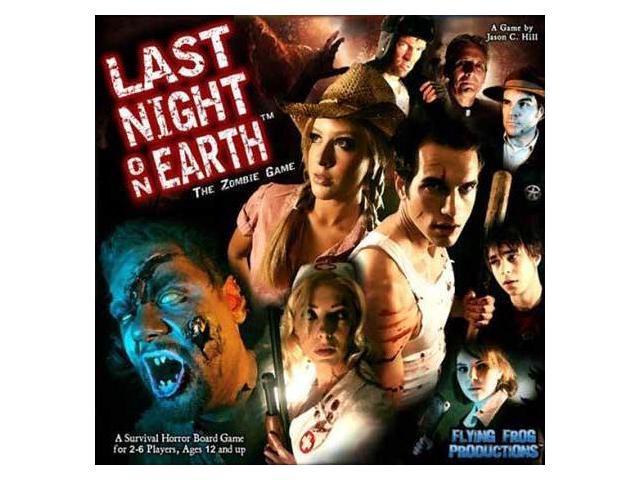 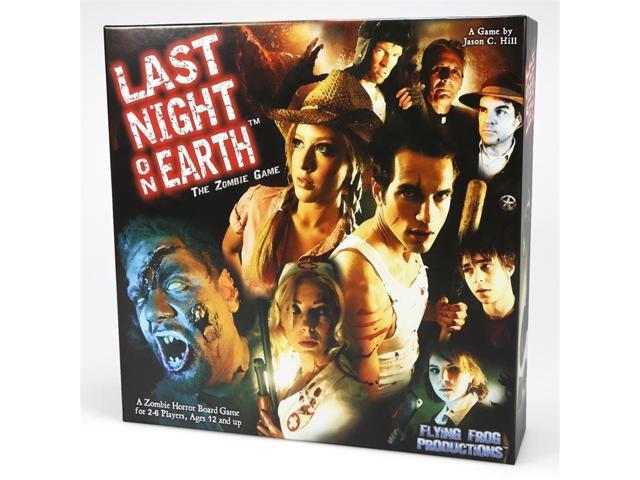 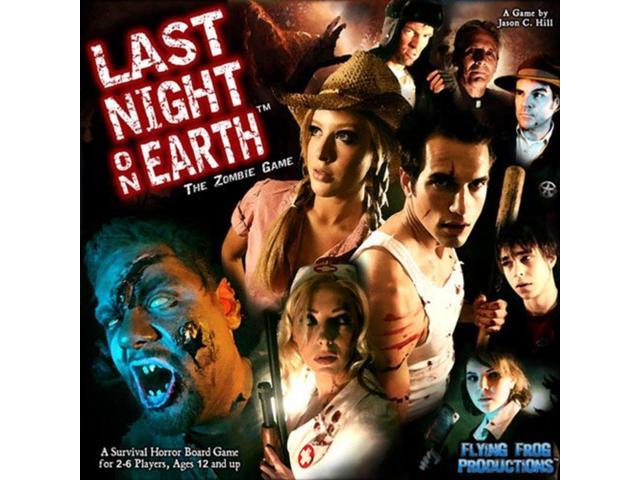 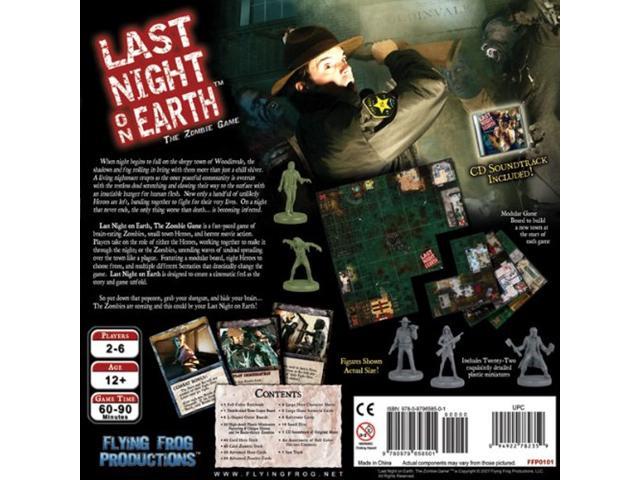 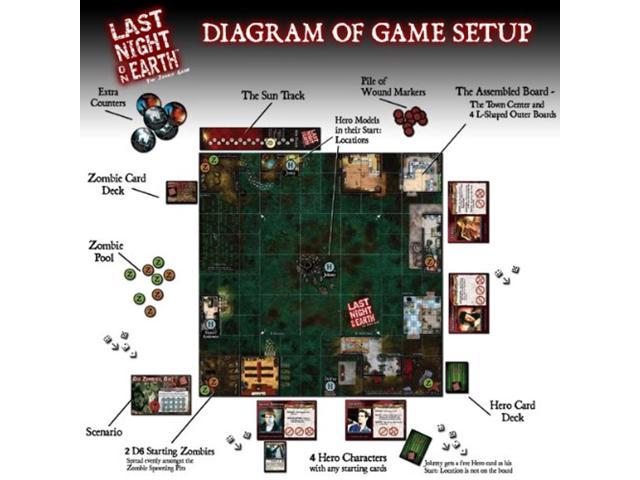 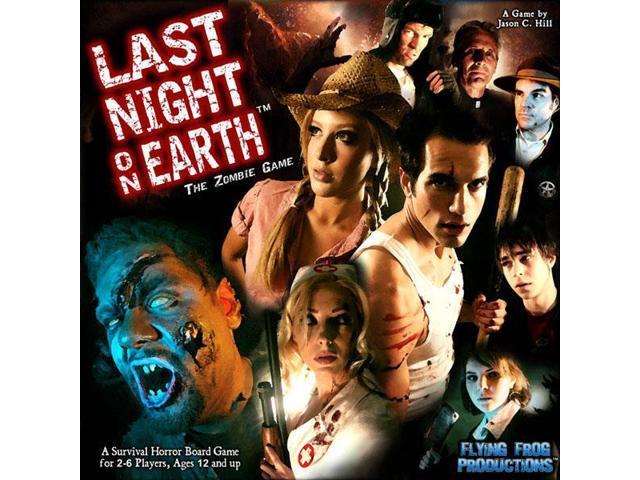 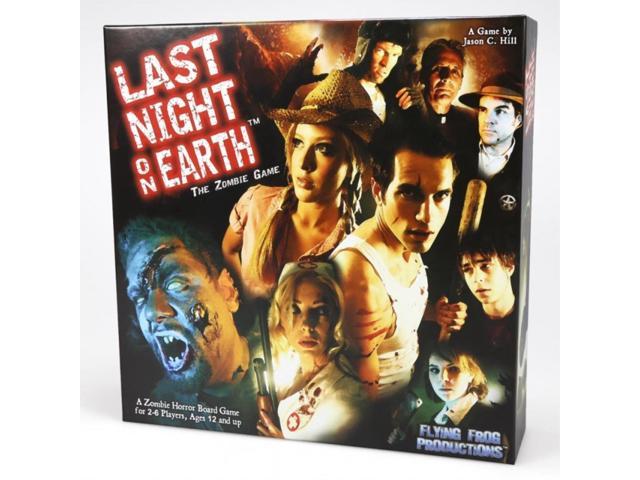 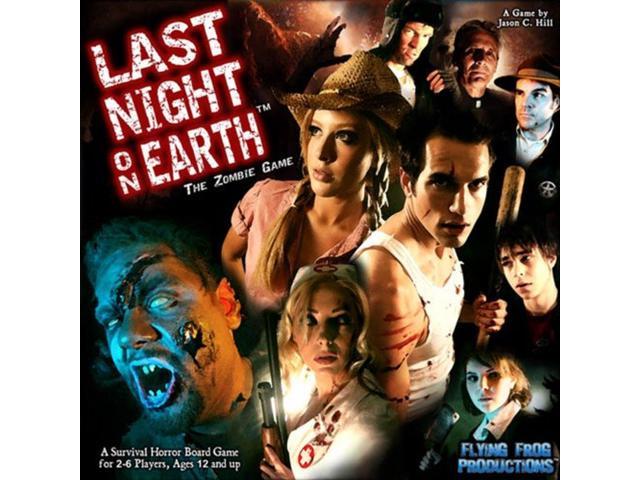 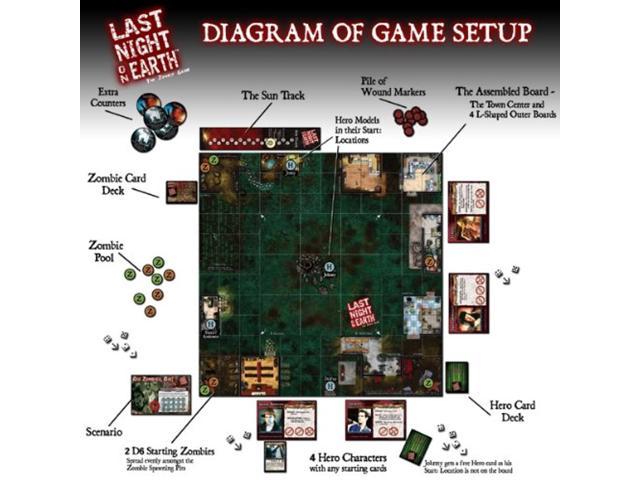 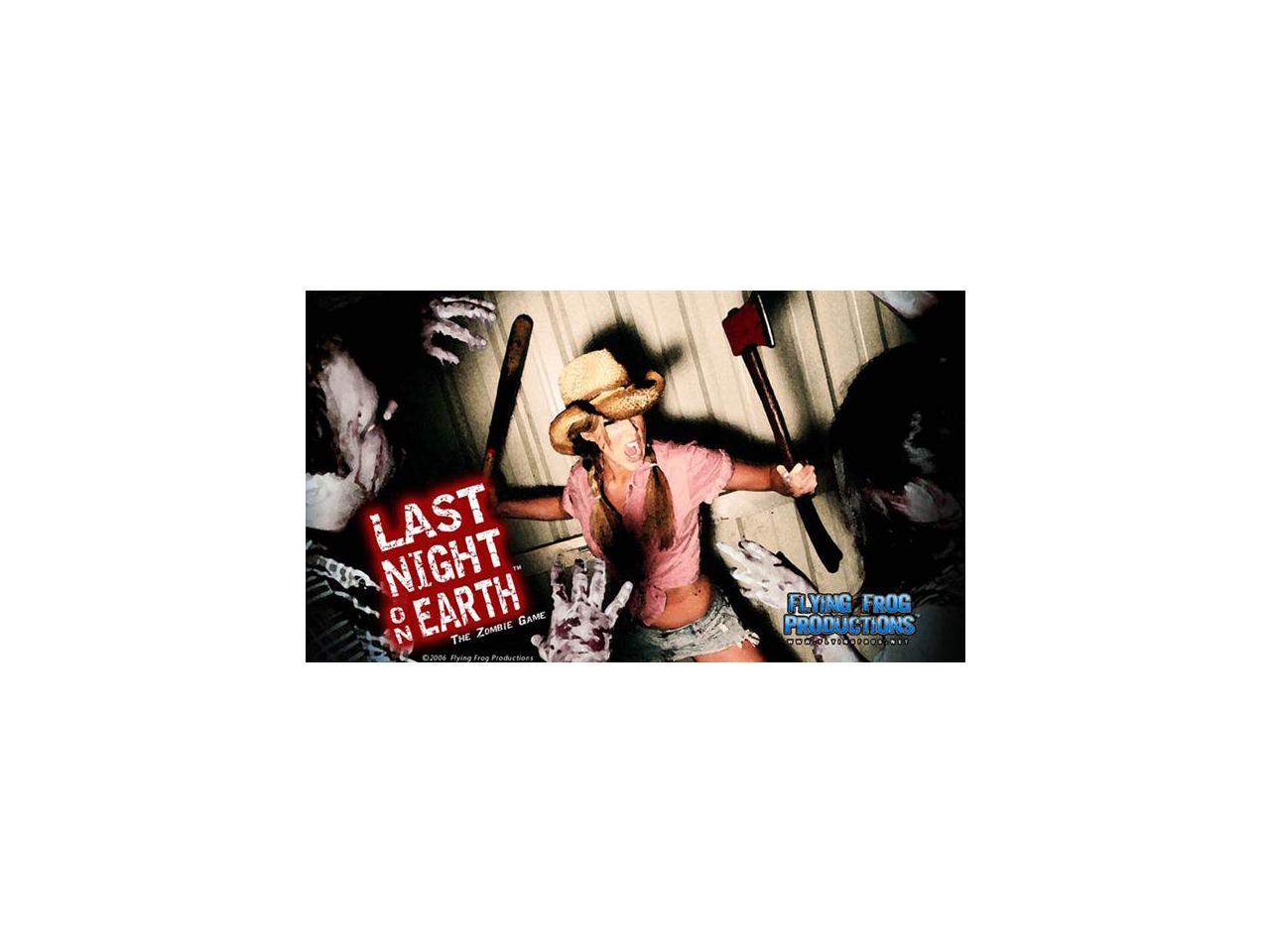 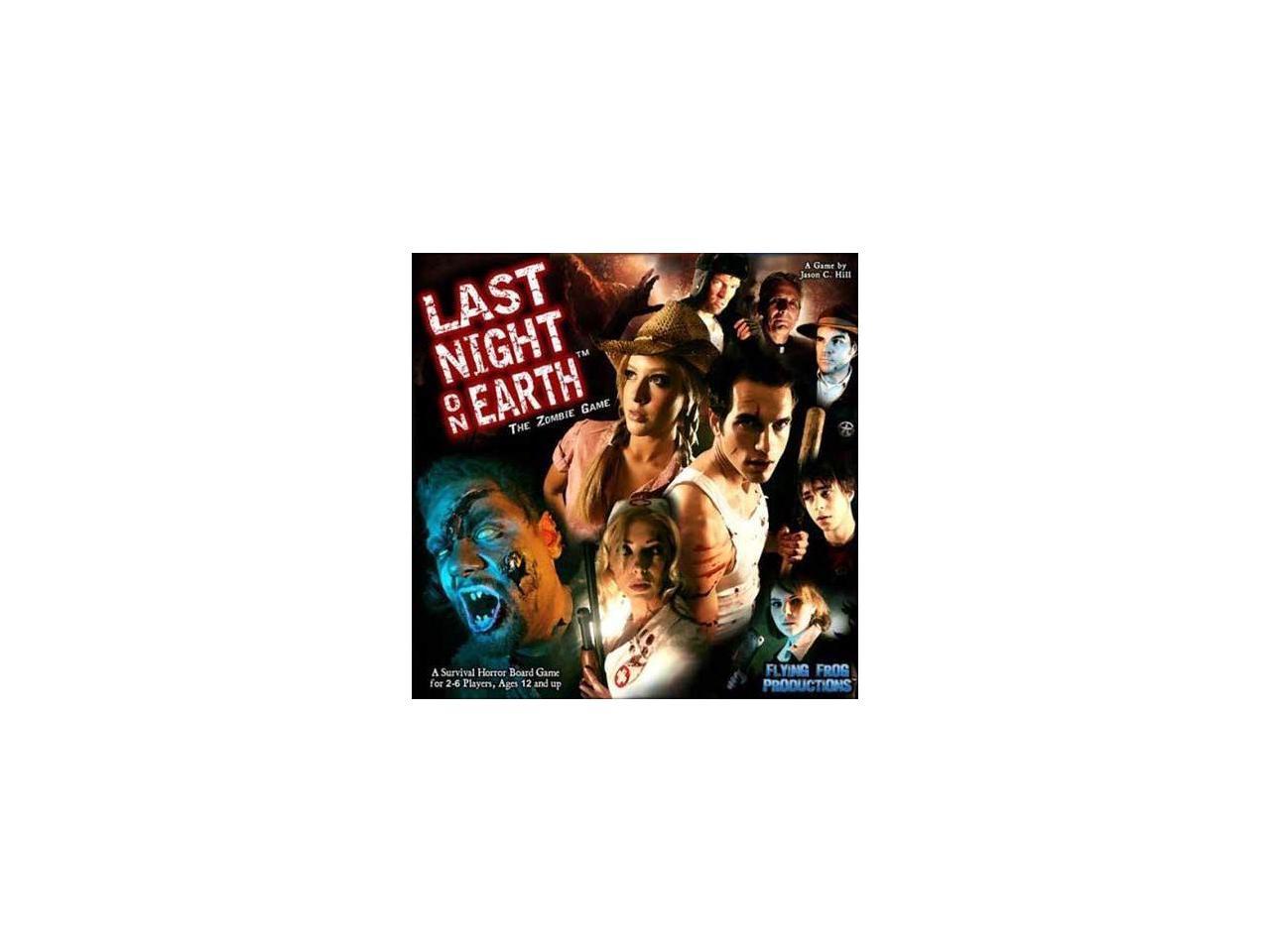 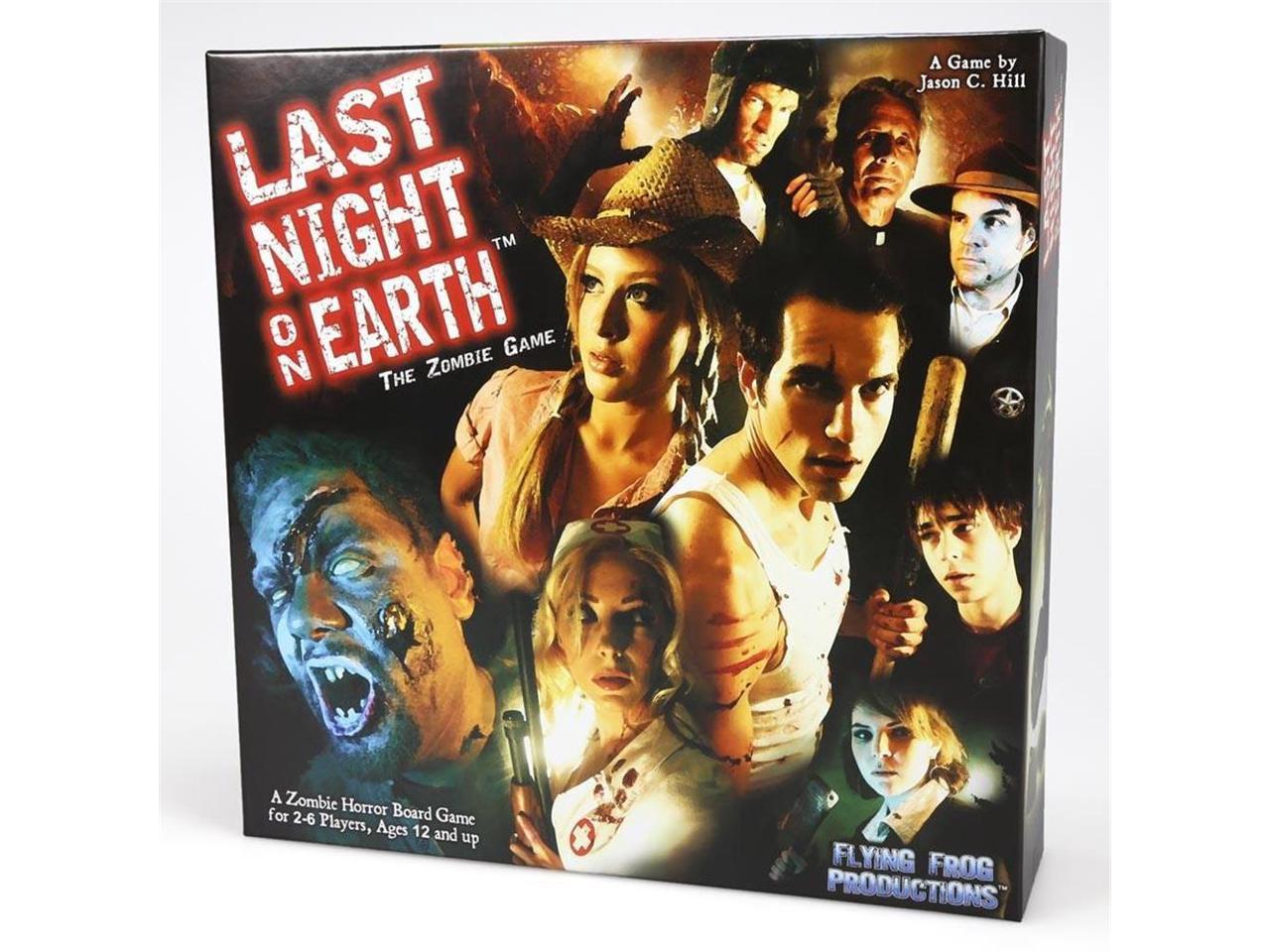 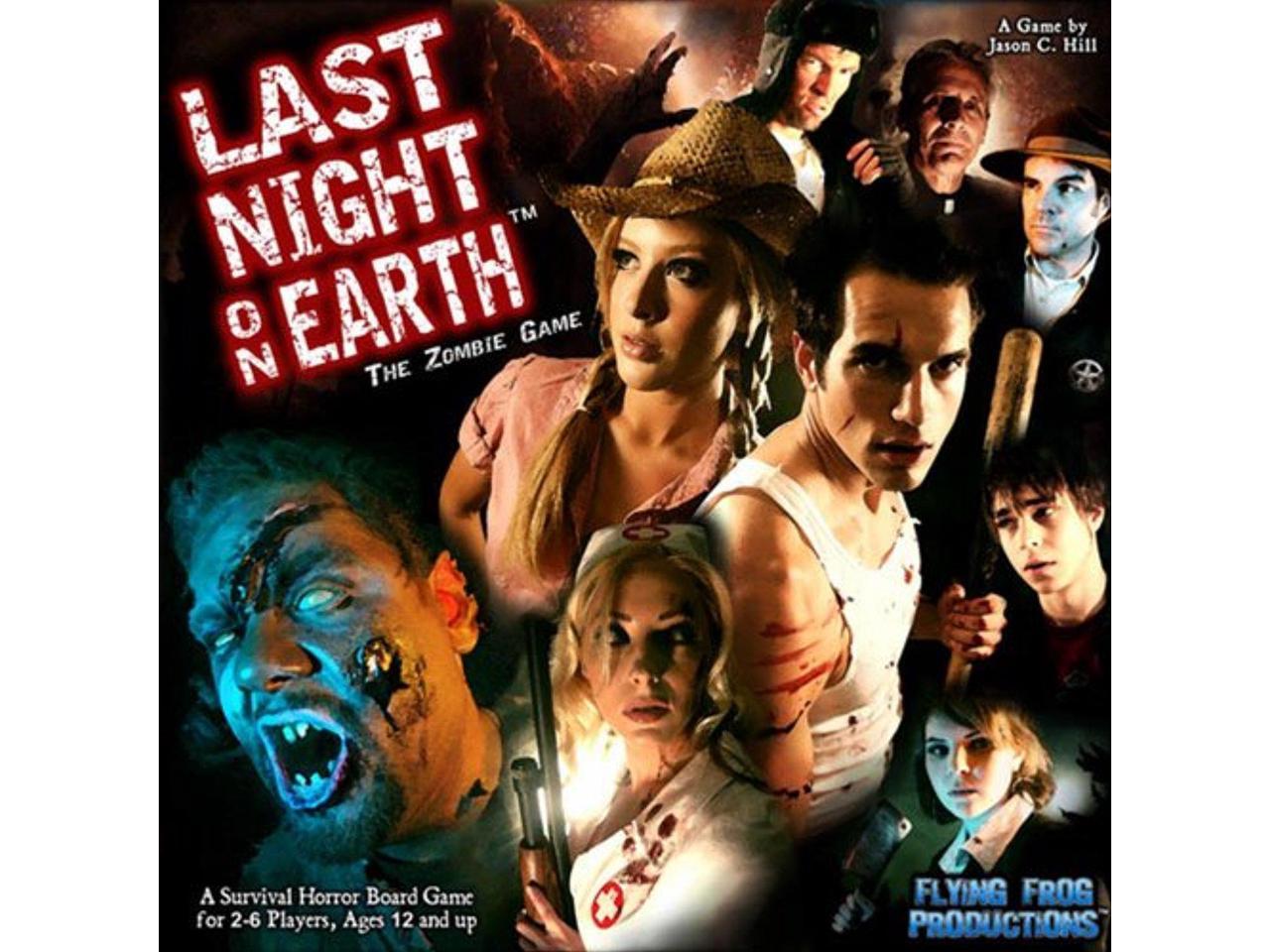 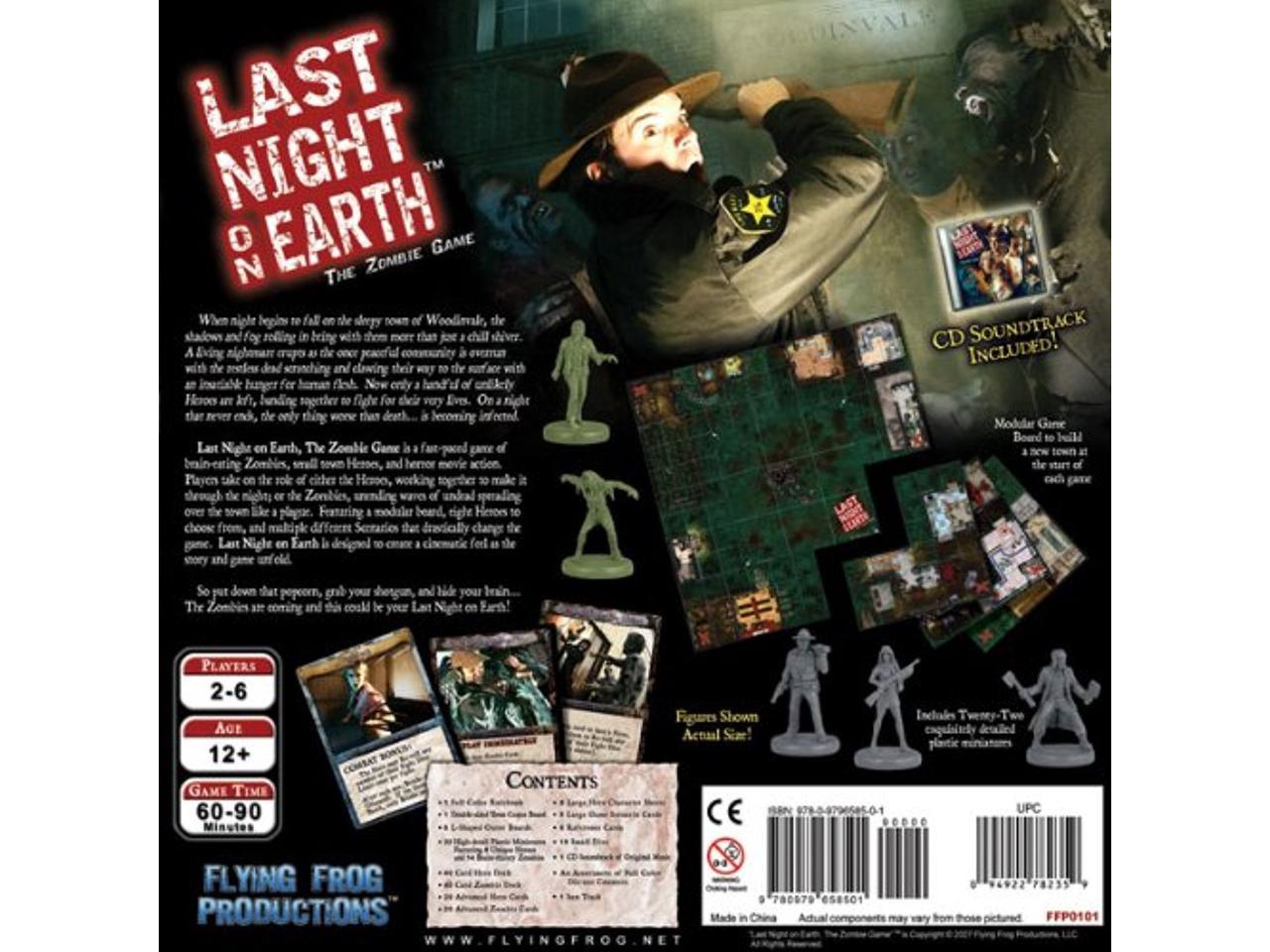 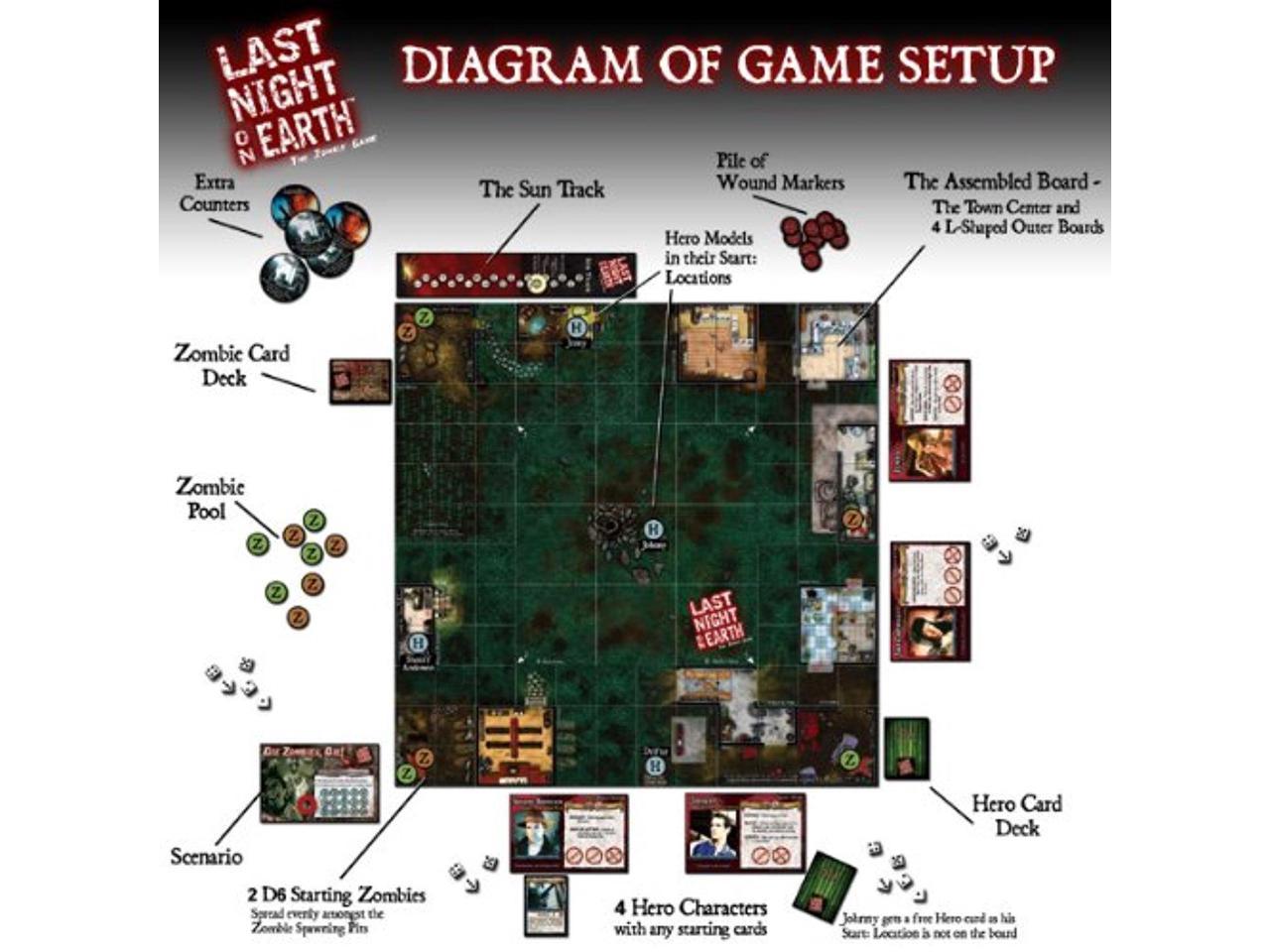 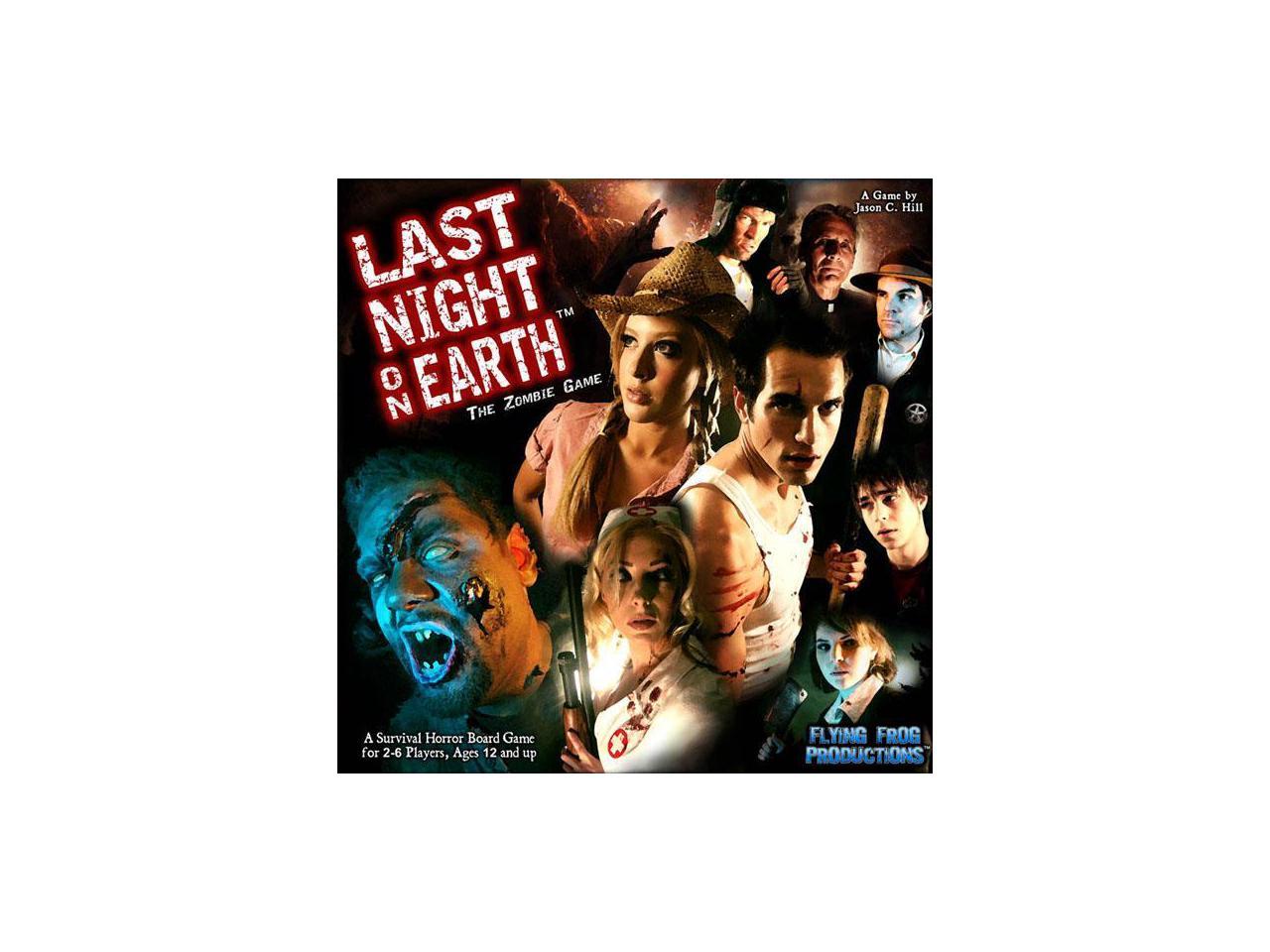 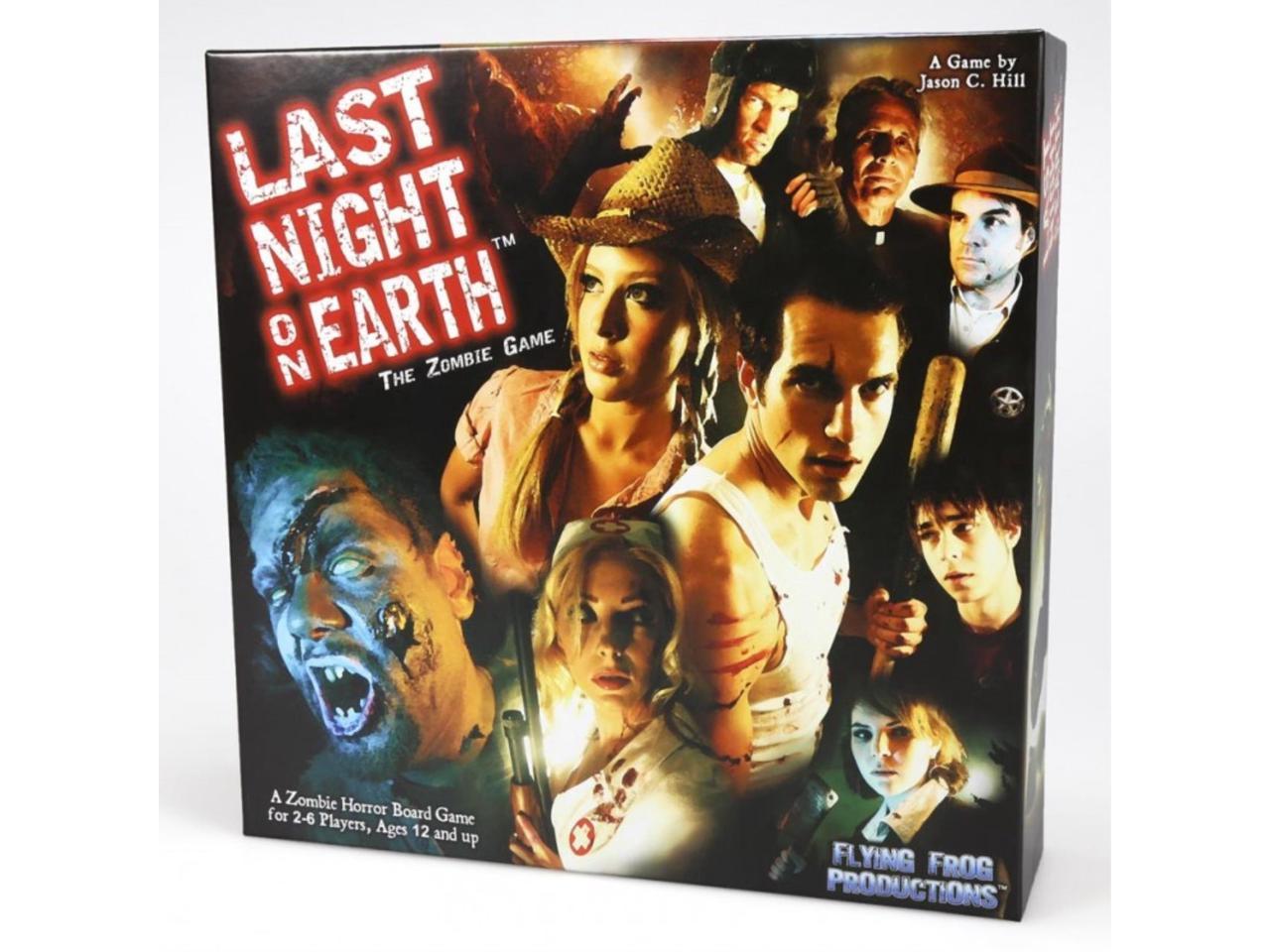 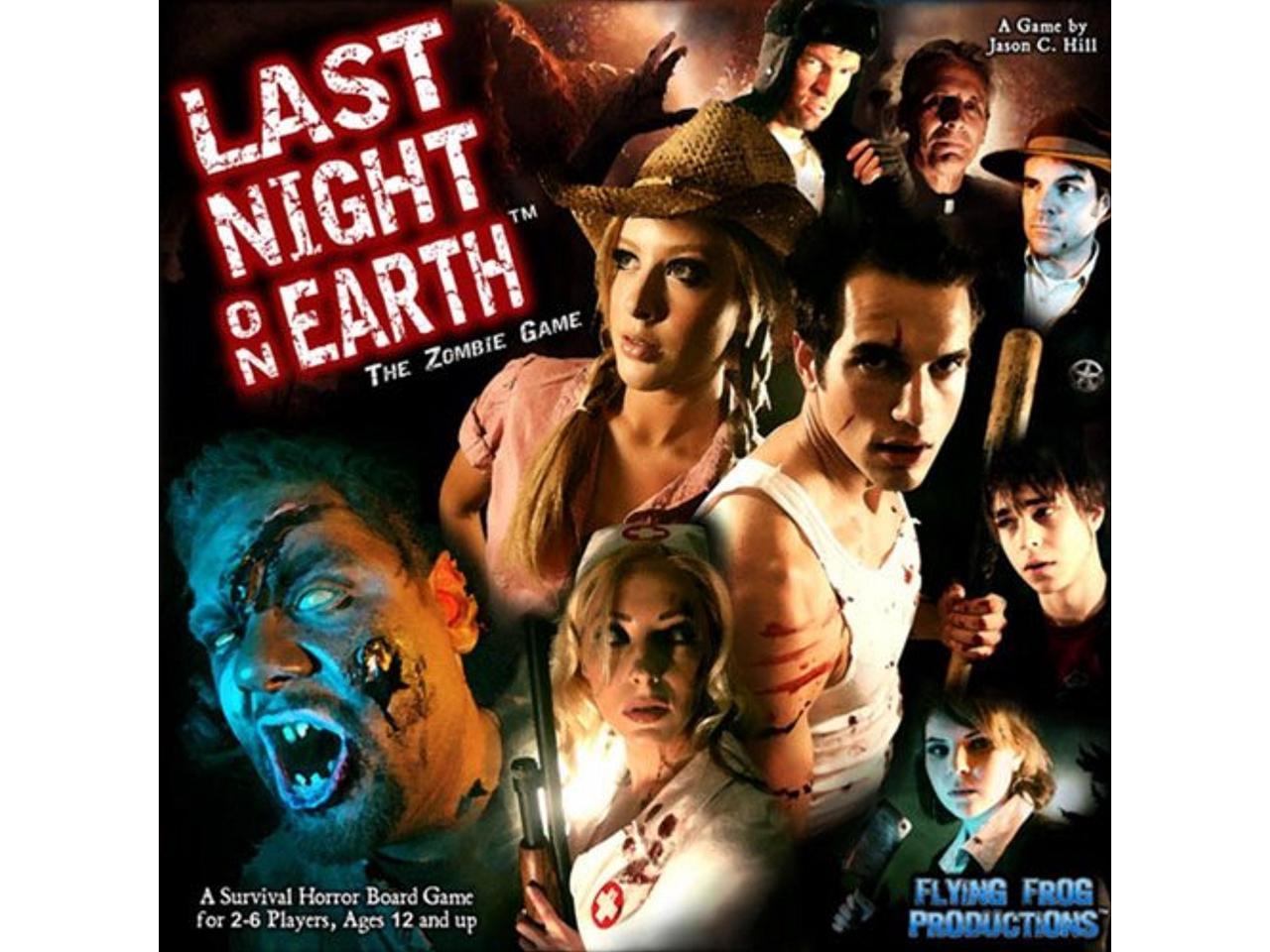 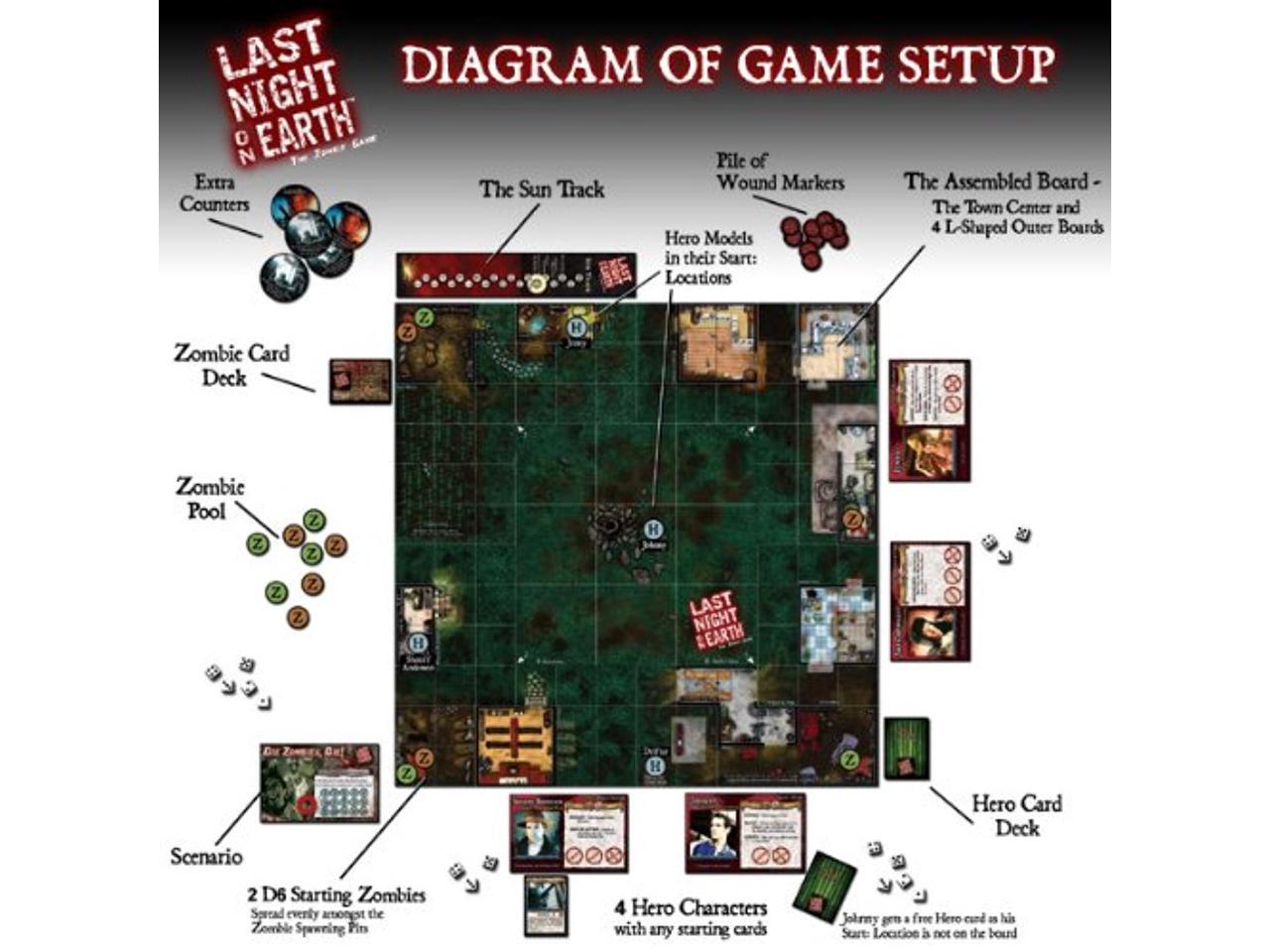 (5) Write a Review
In stock.
Ships from United States.
Most customers receive within 4-9 days.
Overview
Specs
Reviews
Last Night on Earth The Zombie Game is a fast-paced game of brain-eating zombies, small town heroes and horror movie action. Players take on the role of either the heroes, working together to make it through the night or the zombies, unending waves of undead spreading over the town like a plague. Featuring a modular board, eight heroes to choose from and several different scenarios to play that drastically change the game. Last Night on Earth is designed to create a cinematic feel as the story and game unfolds. For 2-6 players. Takes 60-90 minutes. Modular game boards. Heroes versus Zombies.
Feature: For 2-6 players
Feature: Takes 60-90 minutes
Feature: Modular game boards
Feature: Heroes versus Zombies
Manufacturer: Flying Frog Productions
Model: Last Night on Earth The Zombie Game
MPN: ffp0101, FFP 0101, FFP0101
UPC: 094922782359, 099379021051
EAN: 9780979658501, 0094922782359, 0099379021051

Pros: Great game, well thought out and has the classic B-Horror Movie feel. Really well made, (other then the soundtrack) all the cards and miniture figures are really well made.

Cons: Somewhat luck based, and a little complicated for some folks Soundtrack is horrible, really cheap sounding one egg off for the Polyphonic Rington music. (sorry flying frog!)

Overall Review: Its a great game, some of my friends complained about how complicated it was, but its really not once you get the hang of it, It was such a great feeling watching my friends turn on each other for supplies as my zombie horde drew closer. It was a shock for everything to be such high quality and then have the sound track sound so cheap. I might be stuck on the sound track too much on my review, but i was really hoping it would give some great ambiance to the game

Pros: The game arrived promptly and was in excellent condition.

Pros: I have a group of friends that get together to play board games about once a week, we thought this would be a hit and really it was. We had a lot of fun playing Last Night on Earth, the game was of high quality and it is a really great concept. The randomness of the board layout and the different scenario cards helps keep the game fresh for multiple sessions.

Cons: Some of the rules are a bit ambiguous and at times it seems as if the zombie players have too much power, of course this could be the design of the game but it didn't seem completely balanced.

Overall Review: After playing a few times we have adjusted the rules to our liking and now this game is one of our favorites. We may have been able to get clarification on the rules from the company, but you shouldn't have to contact a company after you buy the game, you should be able to figure it all out from the included instructions. I haven't listened to the included mood music, but I have heard bad things.

Pros: Its fun for a small or medium sized group of friends. Easy to pick up and teach others how to play. Ages from 7-55 all enjoyed it.

Pros: Hilarious, easily adaptable and configurable based on player count. I like zombie video games/movies and this one did not disappoint. I never thought I could get into a game with D&D style dice rolling, but I'm hooked. The group of friends I played with really enjoyed it as well.

Cons: Not easy to learn, zombies seem to win a lot more than humans (which may be skill based.. but also pretty brutal stacking odds against them).