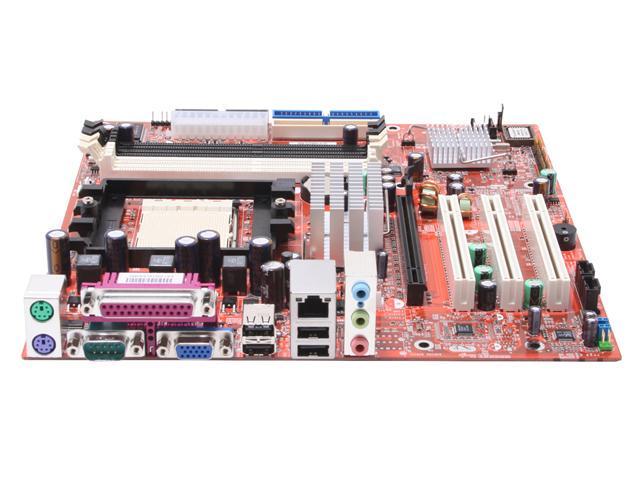 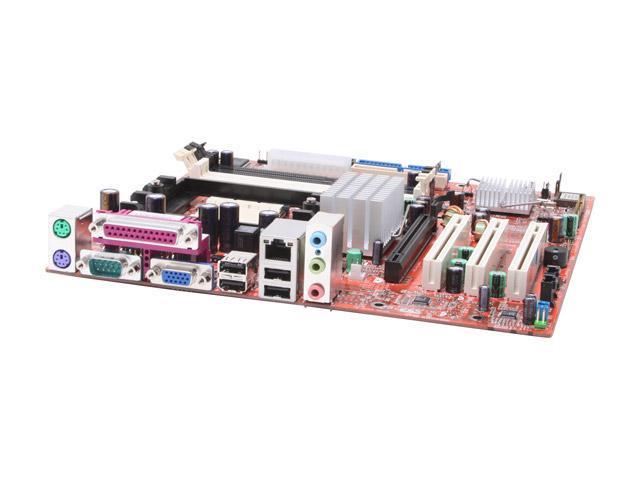 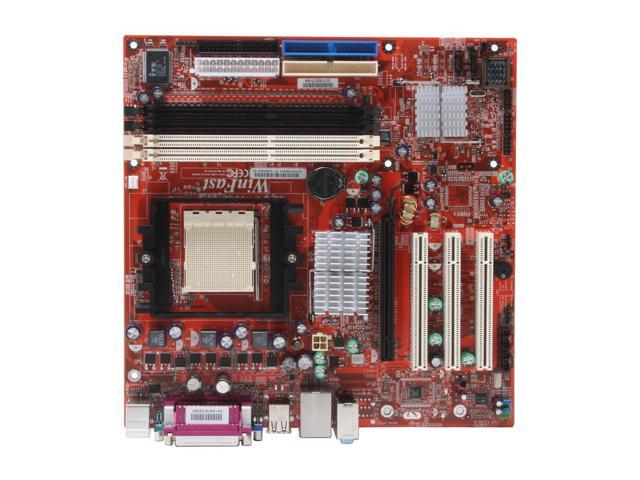 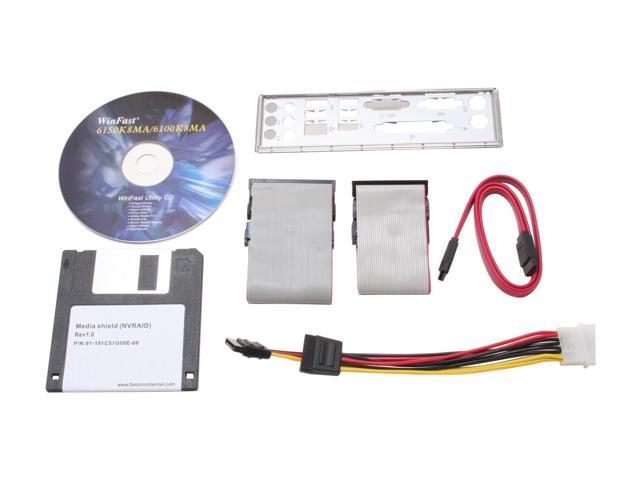 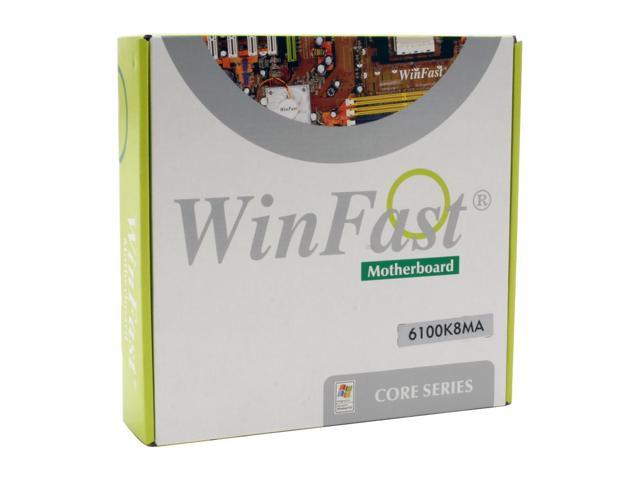 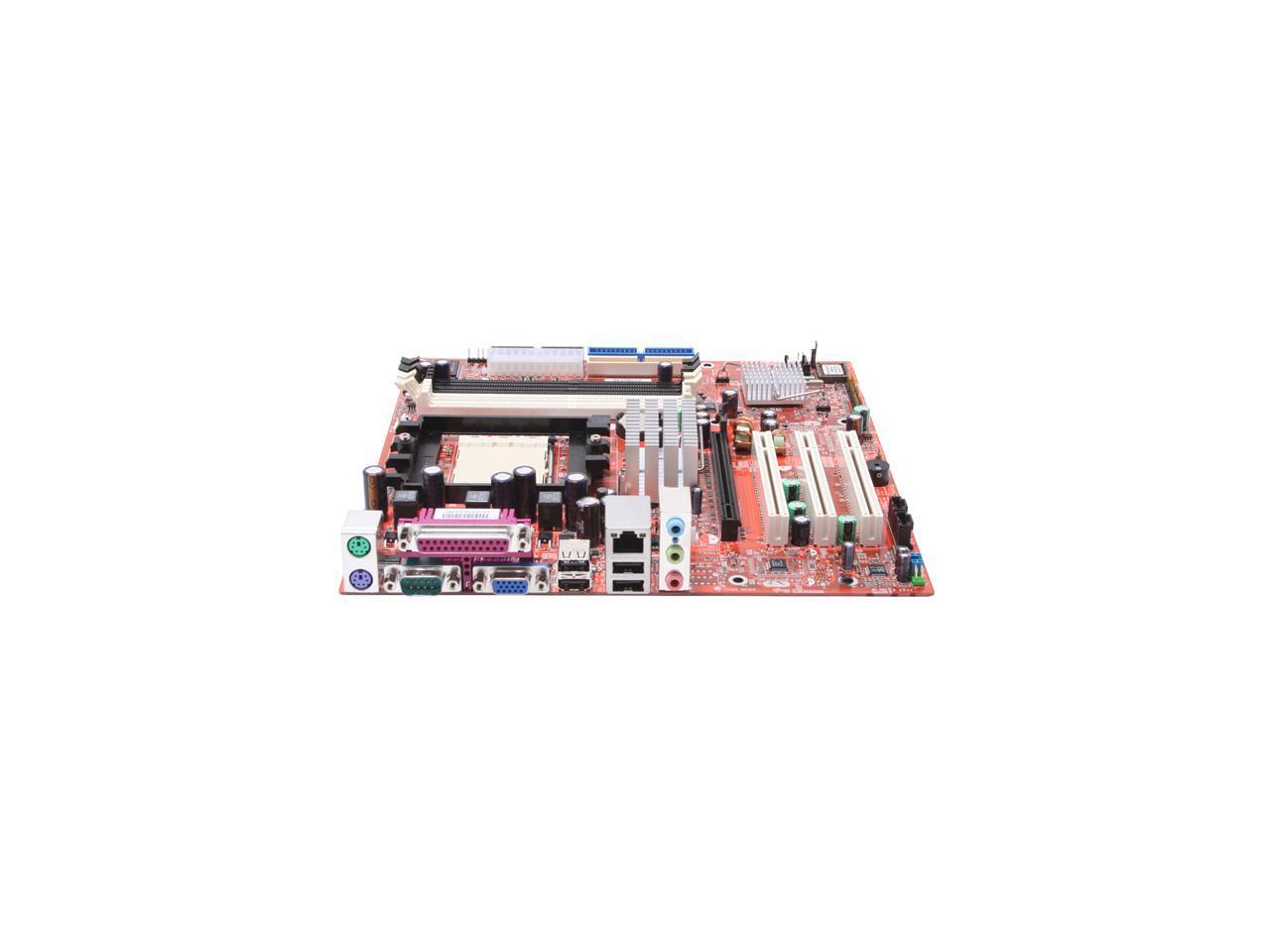 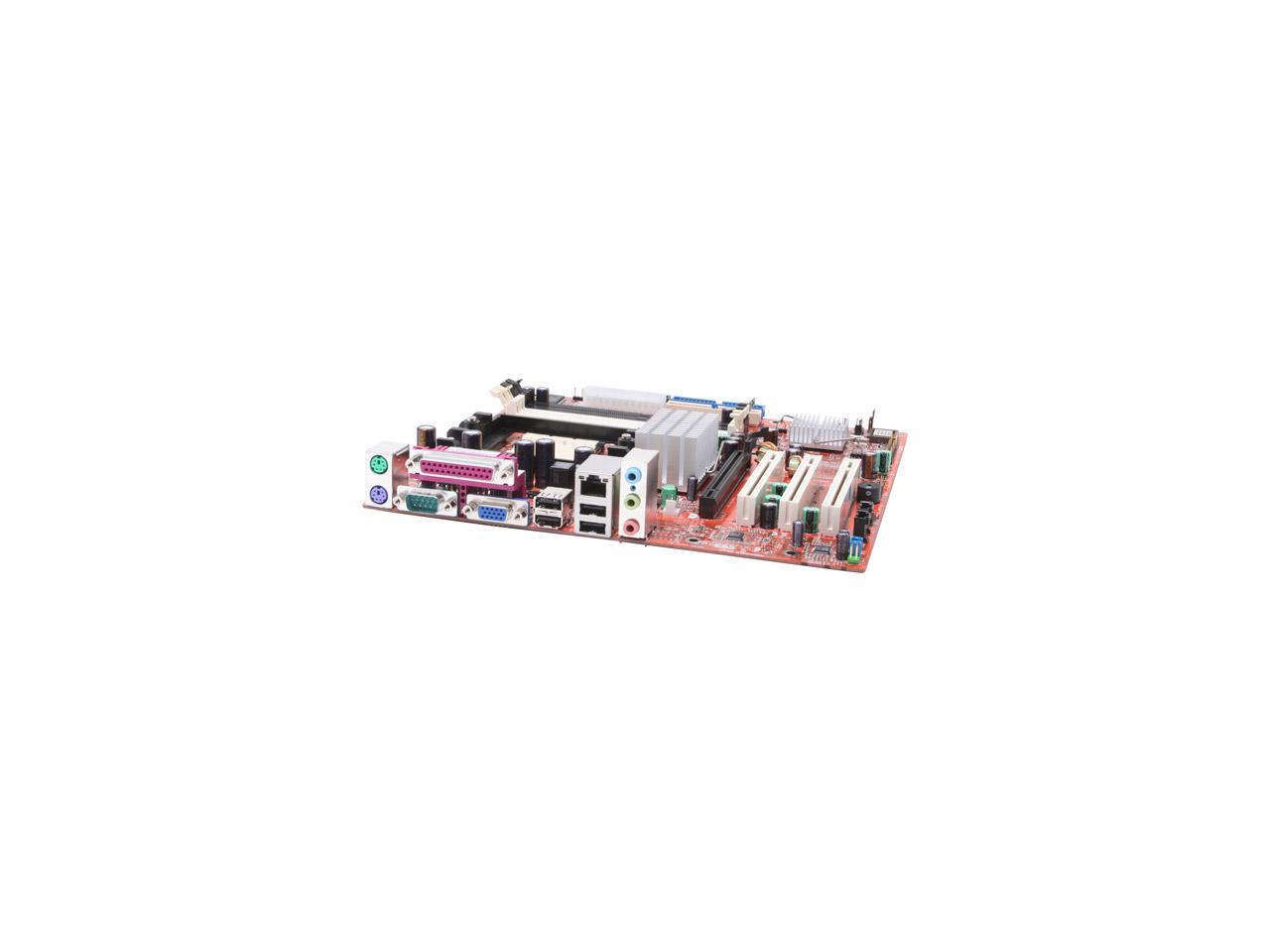 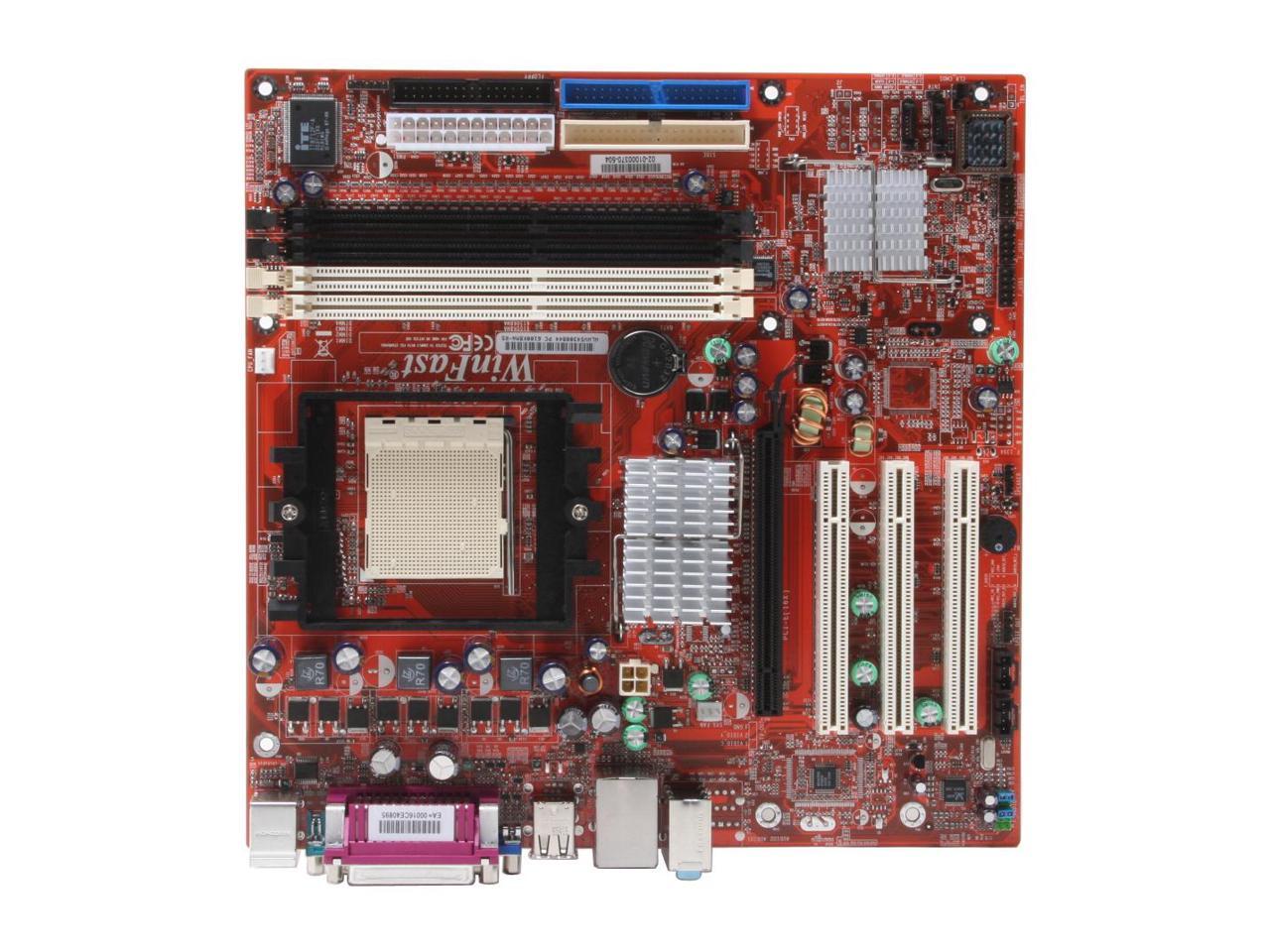 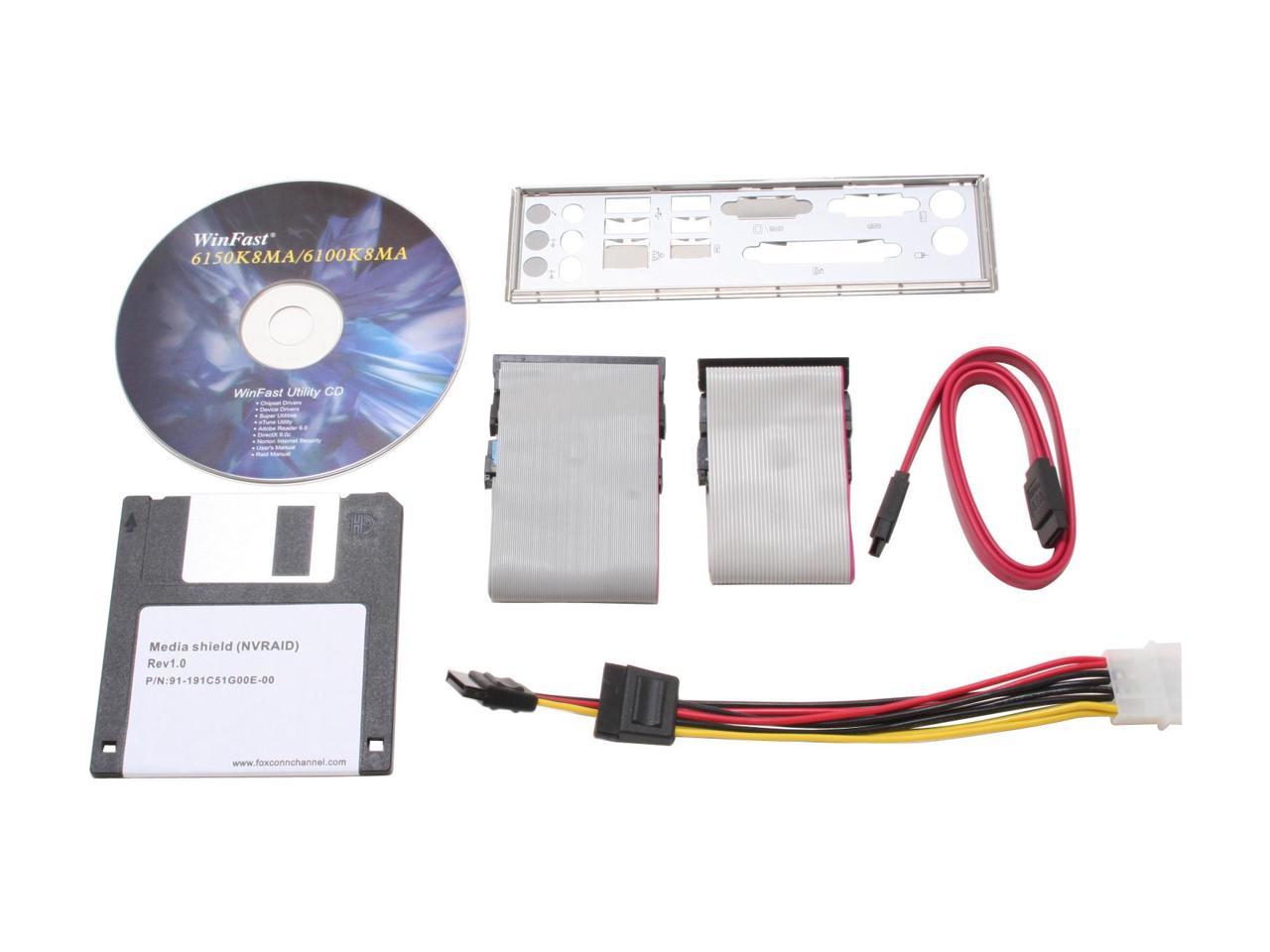 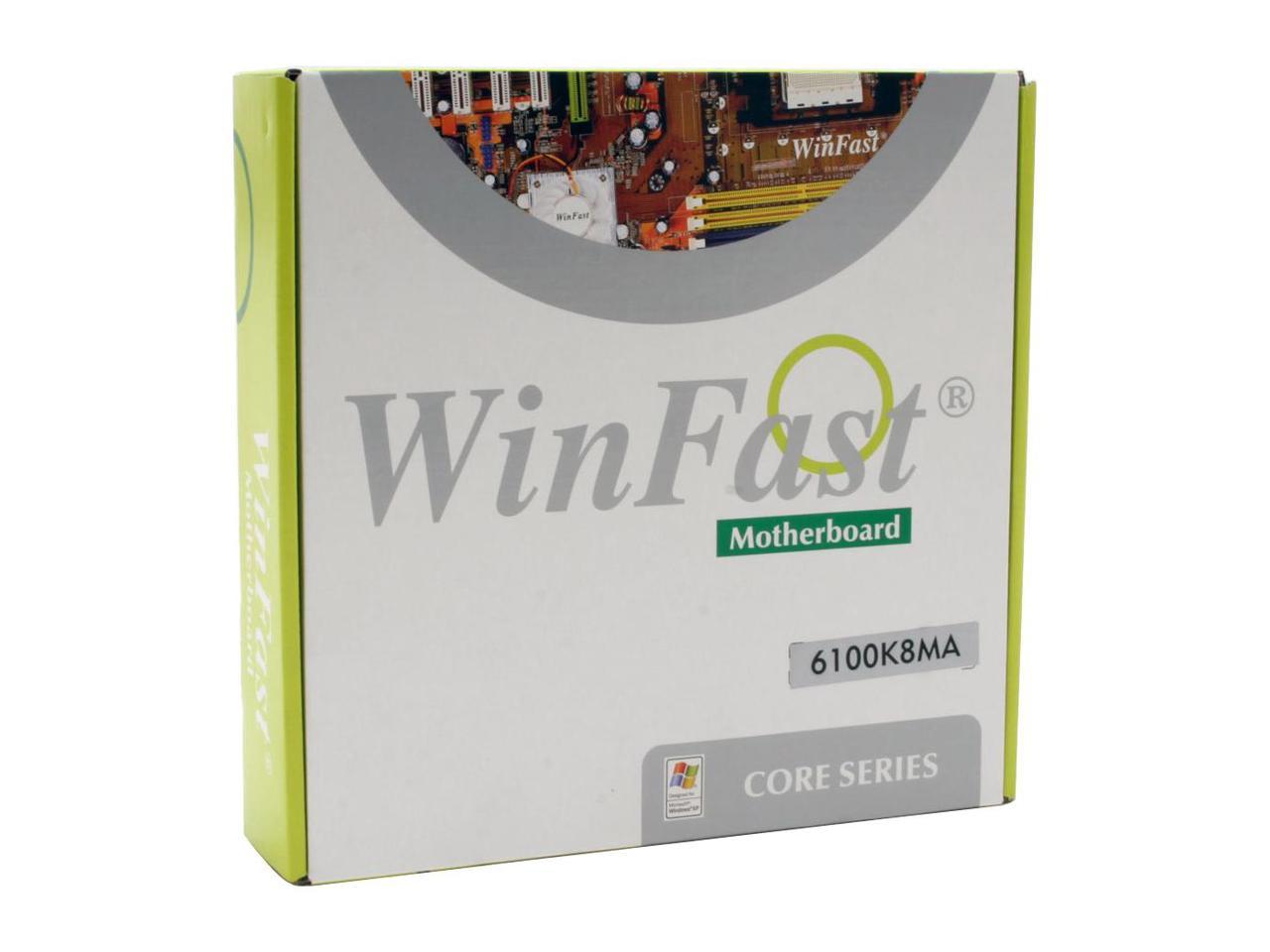 (84) Write a Review
OUT OF STOCK.
Specs
Reviews

Learn more about the Foxconn 6100K8MA-RS

Cons: No firewire wich i realised after i bought this, the power led light plug didn't work when i got it, manual that was included was completley useless,(get the pdf file for it at http://www.foxconnchannel.com/pdf/6150&6100K8MA%20En%20manual-V1.1.pdf this is extremely useful for me and fixed my problems with setting it up)

Overall Review: Usefull product over all and is really good for the price and size. Overall nice product... wish there could be more documentation with the product. really annoying not knowing whats happening...

Pros: The motherboard is decent for the price you pay, although updating the bios and chipset is a pain.

Cons: Very unstable after about one month. System keeps rebooting itself. The overclocking doesn't work.

Overall Review: I wouldn't recommend buying this board. Your better looking at ASUS A8N32 Duluxe

Cons: This board is real flaky, put it under a load and it'll crumple like an empty bear can...Bought this for a customer, crashed two days after delivery, thought the customer did it. Nope, it was Foxconn, tried to update the Bios, then Bamm ! ! ! Completely useless . This board is one of the oldest boards from Foxconn...It should've been discontinued. The south bridge heatsink was severely insufficient. Foxconn is a good brand, but this board is a thorn in their side.

Pros: Cheap, have onboard video, audio, and lan.

Pros: Cheap price, and good for upgrade from my old system, Athelon 2500+.

Pros: Its been running great for over a month now without a hitch. The build was easy and since its a parents computer its just mostly used for email and such but still just enough and it will take a 4800+ later down the line

Pros: This board has impressed me even more with the second build. It's laid out well, includes good documentation and software. It even has a RAID floppy! Onboard graphics are good enough to decode MPEG2 on the fly, but i don't know about HD formats. Big heatsinks on both the north and southbridge chips for long life and worry-free operation. FAST RAID0 performance, mine tested 208MB/s buffered read with two 7200rpm drives. it maintains 106-110MB/s in RAID1, which isn't slower than a single drive (also good) it even has some fan controlls in the bios. though nothing nearly as complete as a shuttle's fan program, it does keep the noise down substantially while keeping the CPU cool when it needs it.

Cons: None really. But another pair of SATA connectors might be nice.

Overall Review: The first build was for me, the second was for a client. I wanted a board that i woudln't have to worry about in the SOHO/Media environment. Paired with an A64 3000+, it handles all media applications very well (including decoding MPEG2 on the fly), and i'm told it really flies with Pro-engineer. I've looked for a good manufacturer that makes solid/reliable products for some time, and i've finally found it in Foxconn. I highly reccomend Foxconn, particularly THIS board, to first timers, long time enthusiasts, and white-box builders. IMO, Foxconn is better than Asus, Abit, and Giga-byte.

Cons: I purchased this with an AMD Ahtlin 64 X2 CPU. I also purchased two 1GB sticks of Corsair memory VS1GB4400C3. I loaded Windows XP Pro x64 Edition and all was well. I decided to add another 2GB or the exact same memory for a total of 4GBs. That is when the problems started. I experience a lockup in all flavors of Windows. I have tried the WinXP Pro x64, WinXP Pro, WinXP Home, and even Vista RC1. All these OSs lockup with vertical bars on the GUI screen. It is a hard lock and you need to shut it down and restart. If you remove the extra 2GB or ram to you are running 2GB total it is stable. I have been in touch with Foxconn and Corsair and to date there is no solution. It might be the onboard video causing this issue but foxconn doesn't seem to know about it.

Overall Review: My suggestion is if you want to run more thatn 2GB of ram on this board you might want to look elsewhere.