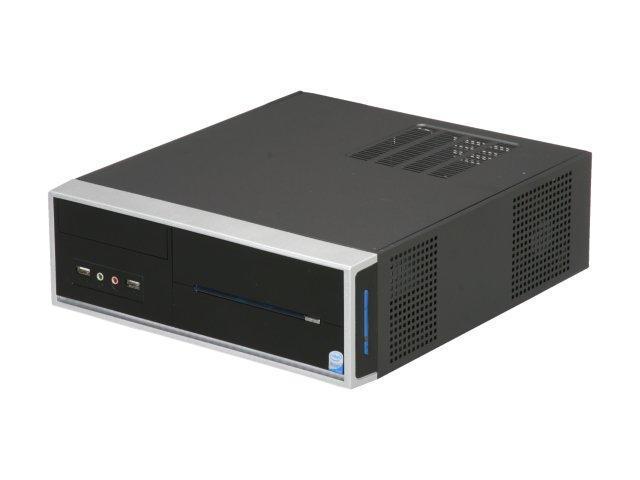 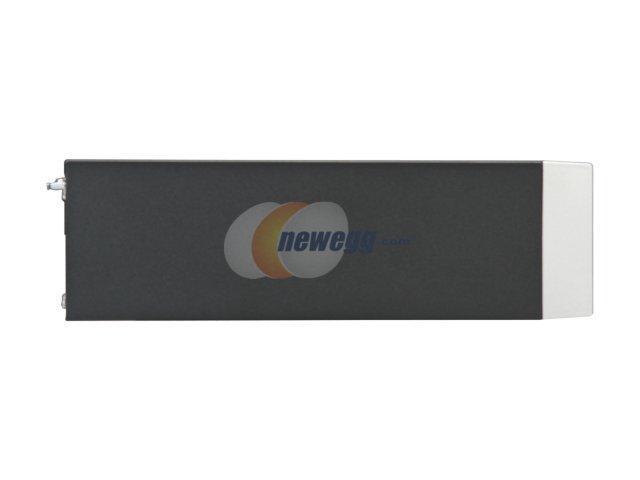 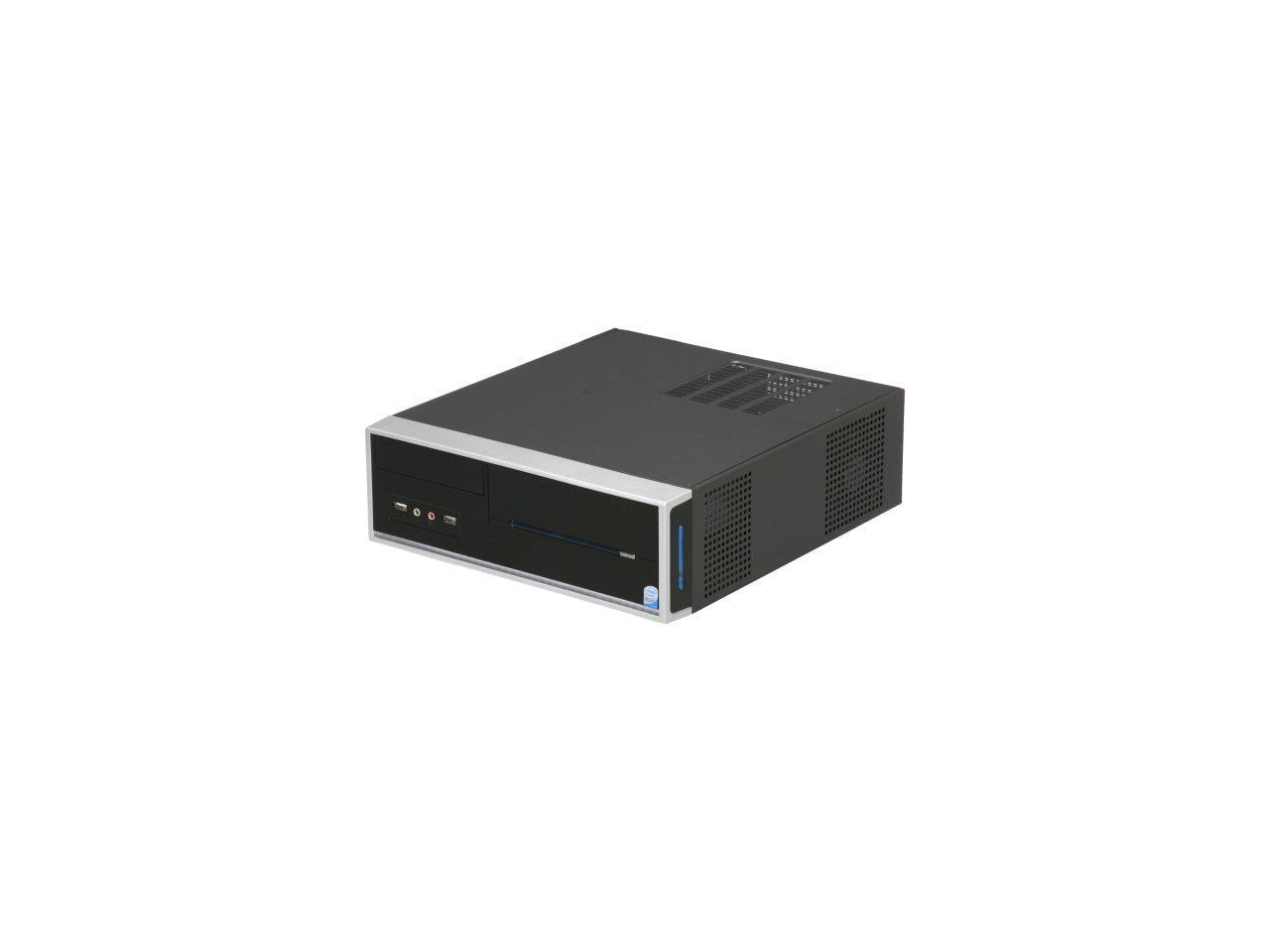 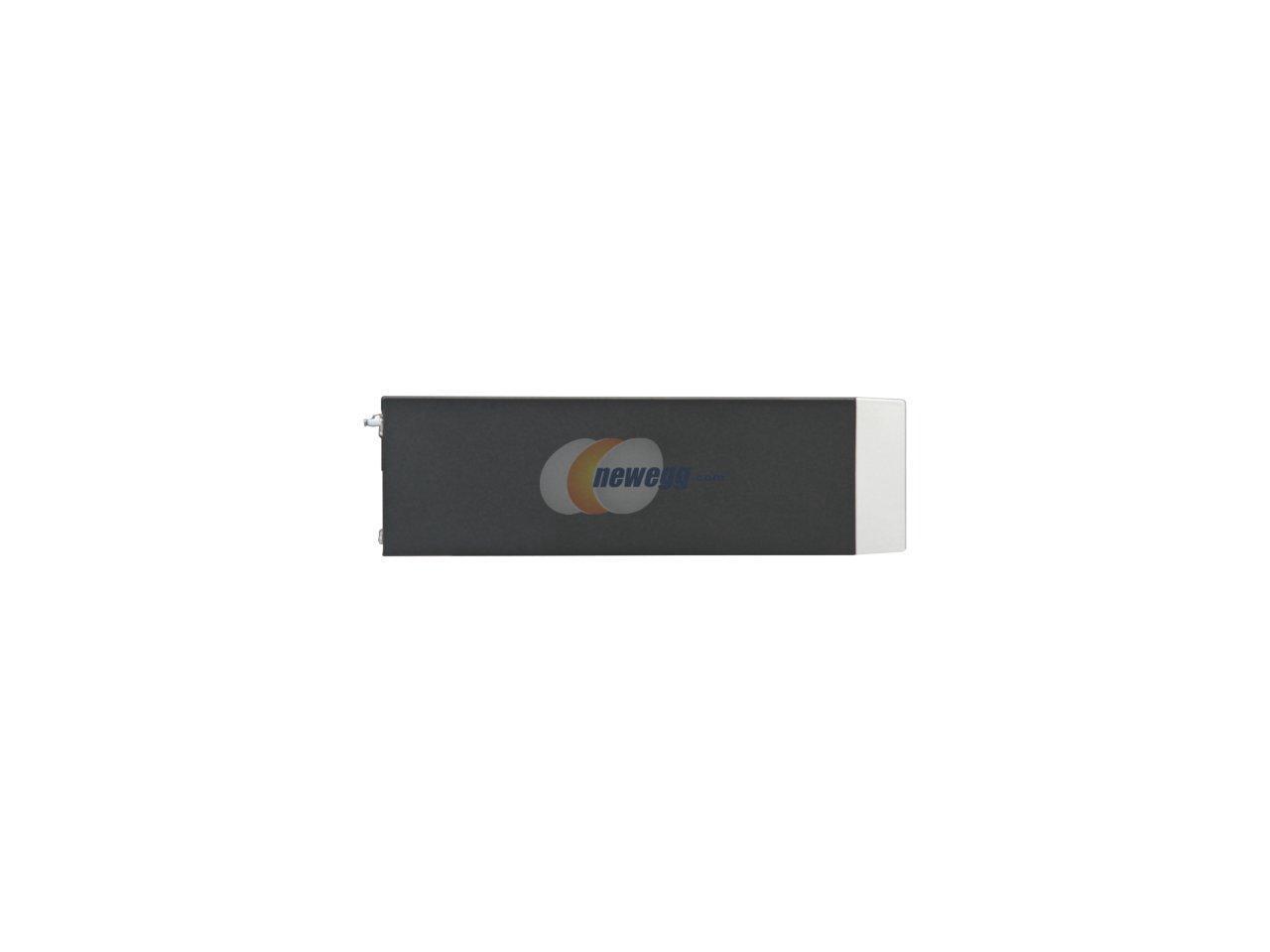 Learn more about the Foxconn R20-S2

Pros: Very small. Inexpensive. Free shipping for now. Does not overheat even when CPU is pegged on 100%. Pretty quiet although case fan is just a bit louder than expected. Easy to build if you follow the instructions. I didn’t. Good instructions if you read them. Sturdy and well made. I've been running mine for 4 days round the clock powering a home surveillance system with no problems.

Cons: When vertical you have to hold the CD to keep it from sliding out. You must press the CD eject button rather hard to make it work. Parts are cramped but what do you expect with an 11 inch high and 12 inch deep case. Not really a con. Blue light is blinding.

Overall Review: Before you build this machine read the instructions or read this. You must take the side cover and front cover off first, and then remove the drive bay. Slide hard drive to computer not drive bay. You’ll have to slide it in place. Attach cables otherwise there’s no room to work when installed. Put in memory. Attach DVD burner and then reattach drive bay. Make sure cables were installed prior because there is no room. I used DDR2 800’s and lowered them to 533 in the bios. With mine I needed to change boot order to boot from CD.

Pros: Nice. Popped in an old 1G stick of RAM laying around and an old HDD, then installed Ubuntu 9.10. Compbiz appeared to overwhelm it. So, I figured "this is an atom" and installed eeebuntu and it just worked. Using it as a workstation for one of my tech's. May work better if some research was done to decrease the ever increasing load of Gnome under Ubuntu, or maybe just by adjusting power settings. Bought a second one of these and installed Debian with a command line only and using it as a "backup concentrator" where it creates samba connections to multiple machines, then backs them up using a custom script (via rsync). Again, it just works. Will be turning the next one into a router, and fully expect it to be just as good.

Cons: IF they would just have put a little more thought into that front cover plate . . . As noted by others here, it will break the tabs when you remove the front cover. I have two, and have done it to both. Still haven't figured out how they want me to remove the front cover plate. Whole thing feels like it was made out of aluminum foil and plastic, but so far it is running. Most likely this is just something I'm doing wrong, but it appears to go to sleep without attention. Logical, when you consider what the Atom is designed for. But, downloading updates, I found that it went to sleep and only by moving the mouse did I get it to start updating again. Not a big thing once it is installed.

Overall Review: This thing is very low power, at least for someone used to quad core Athlons like me. The exhaust is cool, and so far it seems very nice. Worked quite well as a workstation for my tech, who usually opens 6-10 Firefox windows, makes various ssh connections, etc... I will also be trying it as a Linux Terminal Services client, but expect it to run just fine. I also think it would work fine under Windows XP.

Cons: Hard to put the hard drive in, lots of screws.

Overall Review: Awesome barebone, but you may want to consider getting an exterior hard drive or maybe a 2.5".

Pros: The box is very simple, yet has enough space to hold what you need to have a system with a small foot print. To me the biggest attribute is the small footprint. I have load Solaris 10 on the system and it runs great. I was alittle concern but that has gone.

Cons: None: even the alleged fragility is really not as bad as it seems.

Cons: Foxconn apparently needs some improvements in their quality control. When this box arrived, I noticed right away that the tab for the lock was bent down, preventing the cover from closing tightly. This is especially odd because the lid has alignment arrows which align to the case when placed properly. The misalignment was immediately noticeable. Also, all three of the plastic latches on the bottom of the faceplate were cracked so the faceplate didn't even sit squarely on the case. They all fell off when I removed the faceplate. It's obvious the damage was not done in shipping, and since the box was sealed, it's reasonable to assume it left the factory that way.

Overall Review: Although Newegg was great about a return/replacement, I still have to foot the shipping bill for the return, which lessens the value of an inexpensive computer. I built another one of these a while back, and it's been great so far, so this might have been a fluke, but be sure to inspect your computer carefully upon receipt.

Cons: Setting up optical drive was a little problematic at first but, no big deal.

Overall Review: Was just looking around for a dedicated sound card on newegg. This little PC's going to be a media center mostly for music and rather than using the on-board sound (which isn't bad), I'd like to add a 7.1 optical card but, seems the form factors are not small enough just yet. Found one that I though might work really well - turns out it was PCI-E not PCI. I'll keep searching. If anyone finds a good digital audio card for this thing, let me know!

Pros: Very solid and well constructed little box. Atom cpu is faster than I expected. Runs very cool even when cpu is pegged. Would buy one of these for a entry level build again. Its also whisper quiet.

Cons: None really, Its a very small computer.. There isnt any real room for expantion, and its a little tight inside when putting together, but that is to be expected for a 12in x 11in x 4 inch machine.

Overall Review: READ the instructions. They are very detailed with pictures too! It was pretty easy to get the drive and cdrom in with little hassle by following the instructions. You may need to cut one of the zip ties for the sata power for it to reach the cdrom. If you can, buy a slim memory chip, it gives a little more space under the cdrom tray. - I built this as a low cost computer for my elderly neighbor who only will use it for email, web and some online puzzle games. It will be more than enough power for her using XP. It's not going to run the newest and graphic intense games very well, but for under 200.00 including the HD, CD and Ram, this is a great bargain!

Pros: Bought this for a small, quiet Linux server and it fit the bill. Put on OpenSuse 11.1 without a hitch. No problems after a few days of continuous use. Free shipping makes this a great deal.

Cons: If you stand this up on it's side and open the DVD tray, the disk is going to fall out. Not a problem if you're not using an optical drive, or if you mount it horizontally.

Overall Review: Hard drive has to be mounted upside down, but that doesn't seem to be a problem