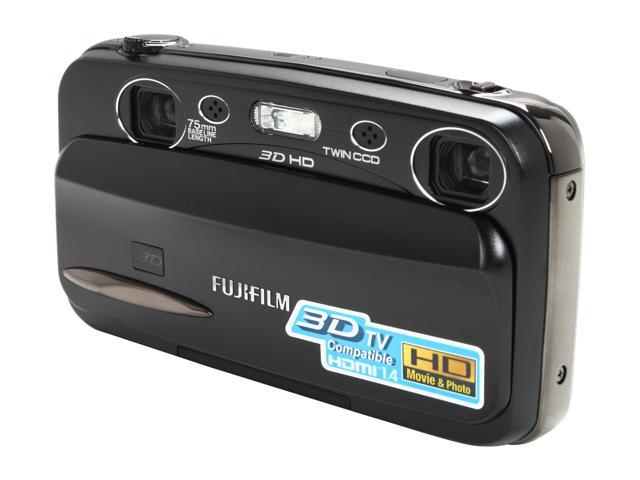 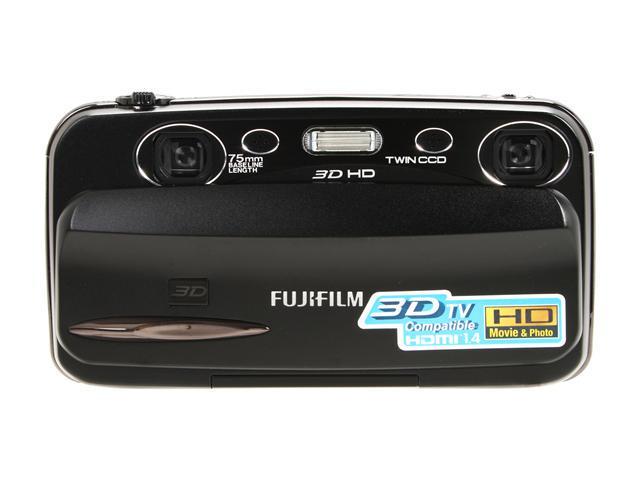 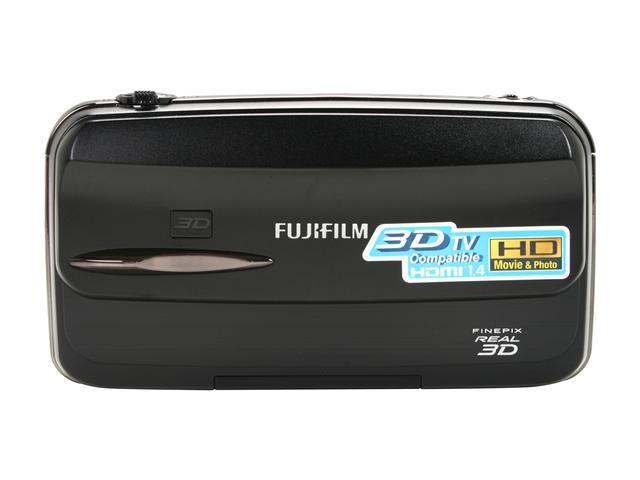 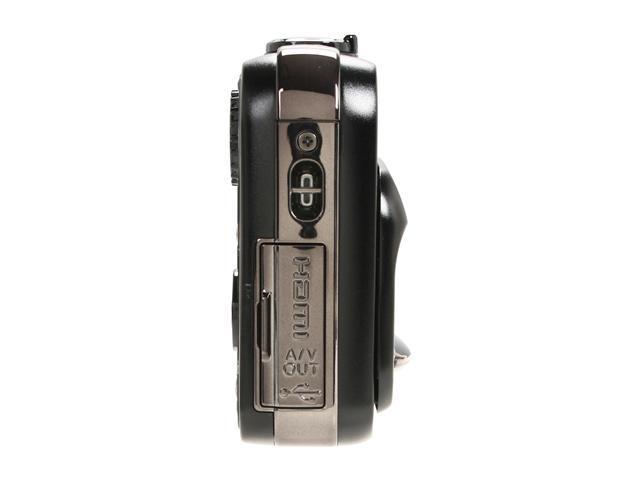 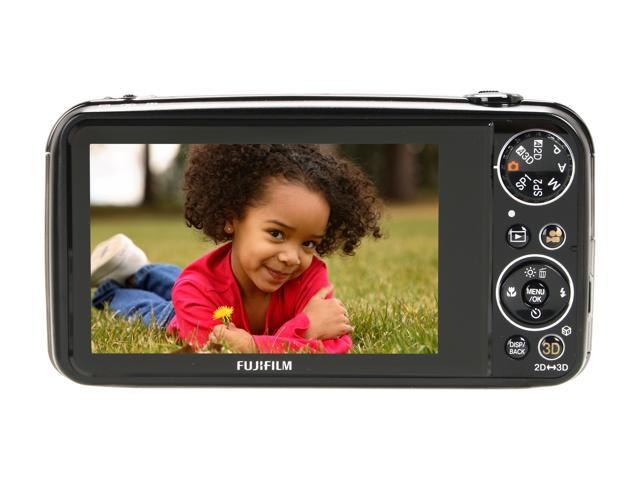 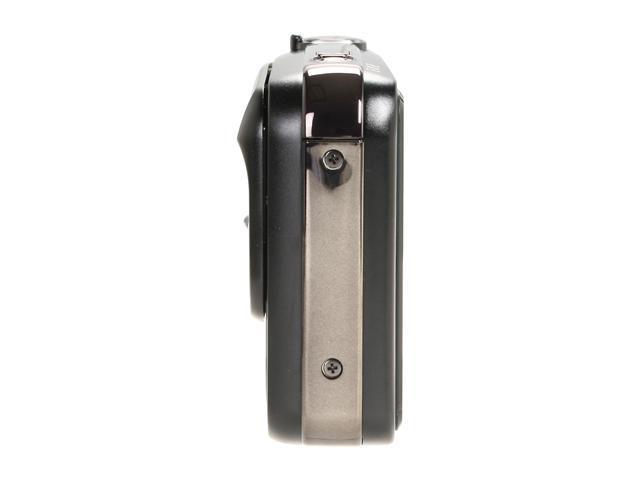 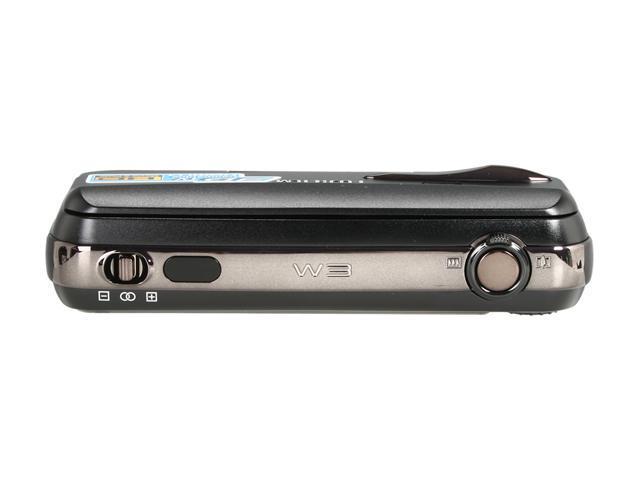 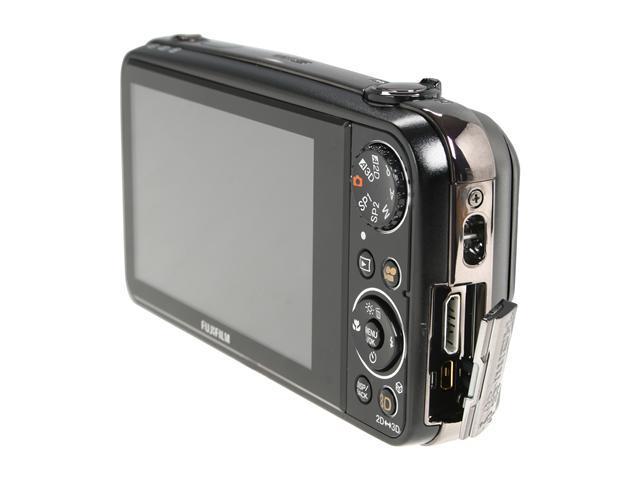 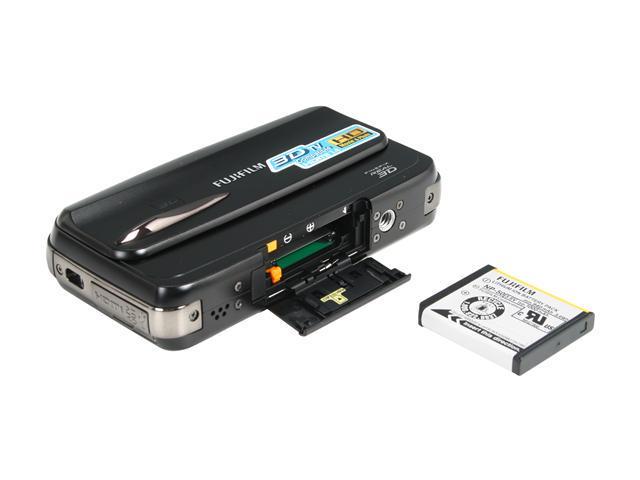 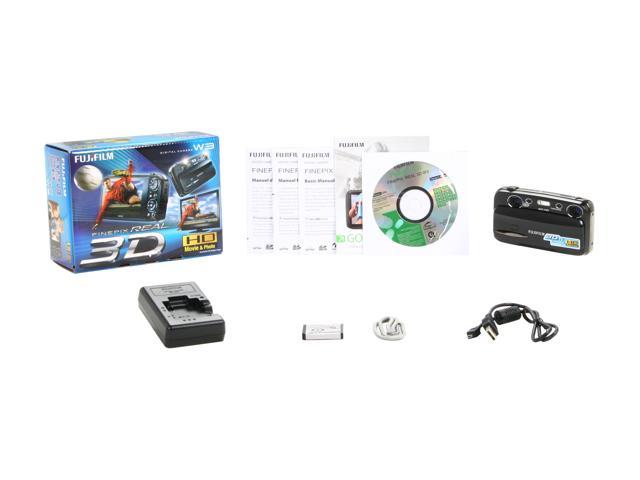 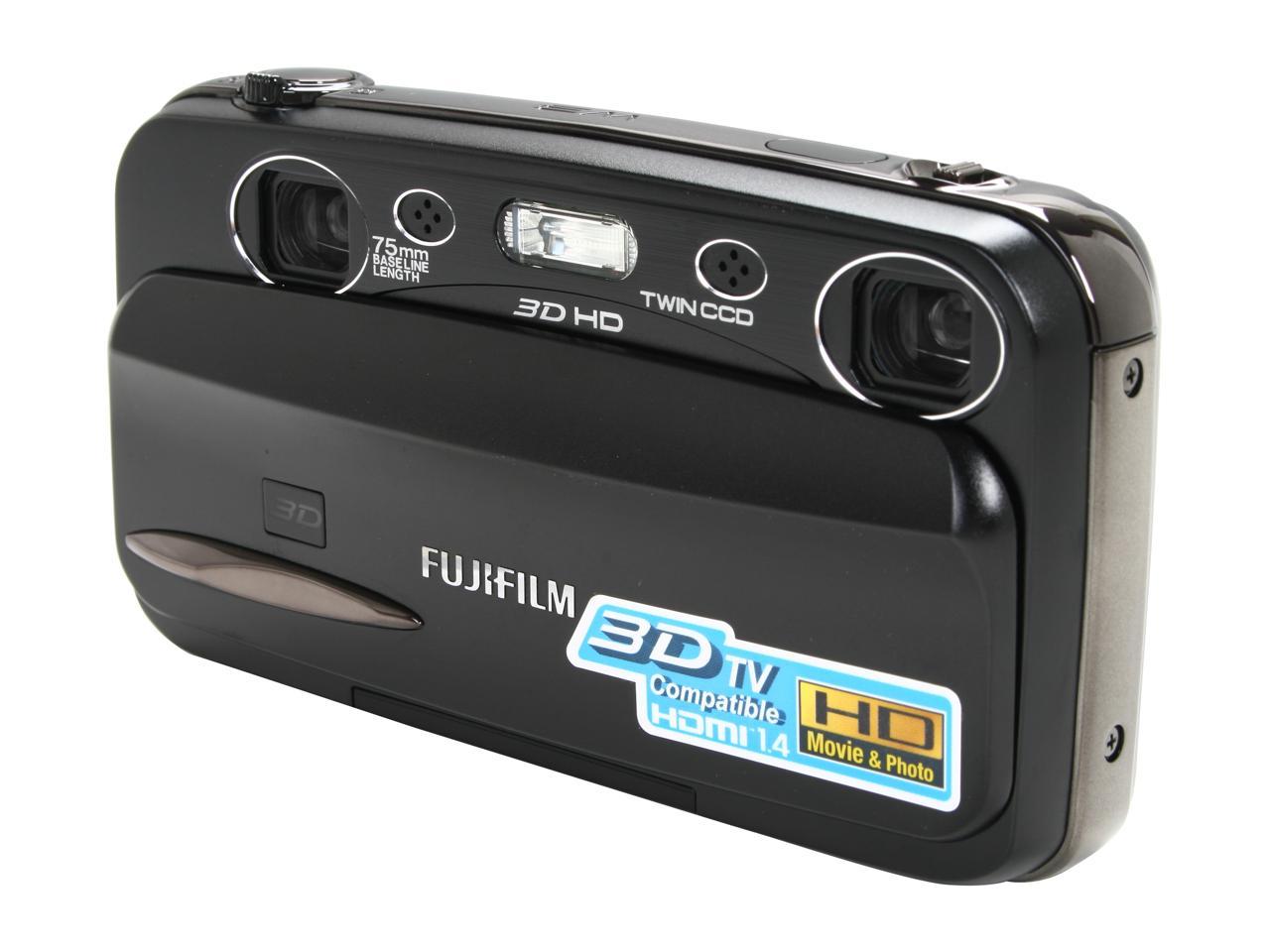 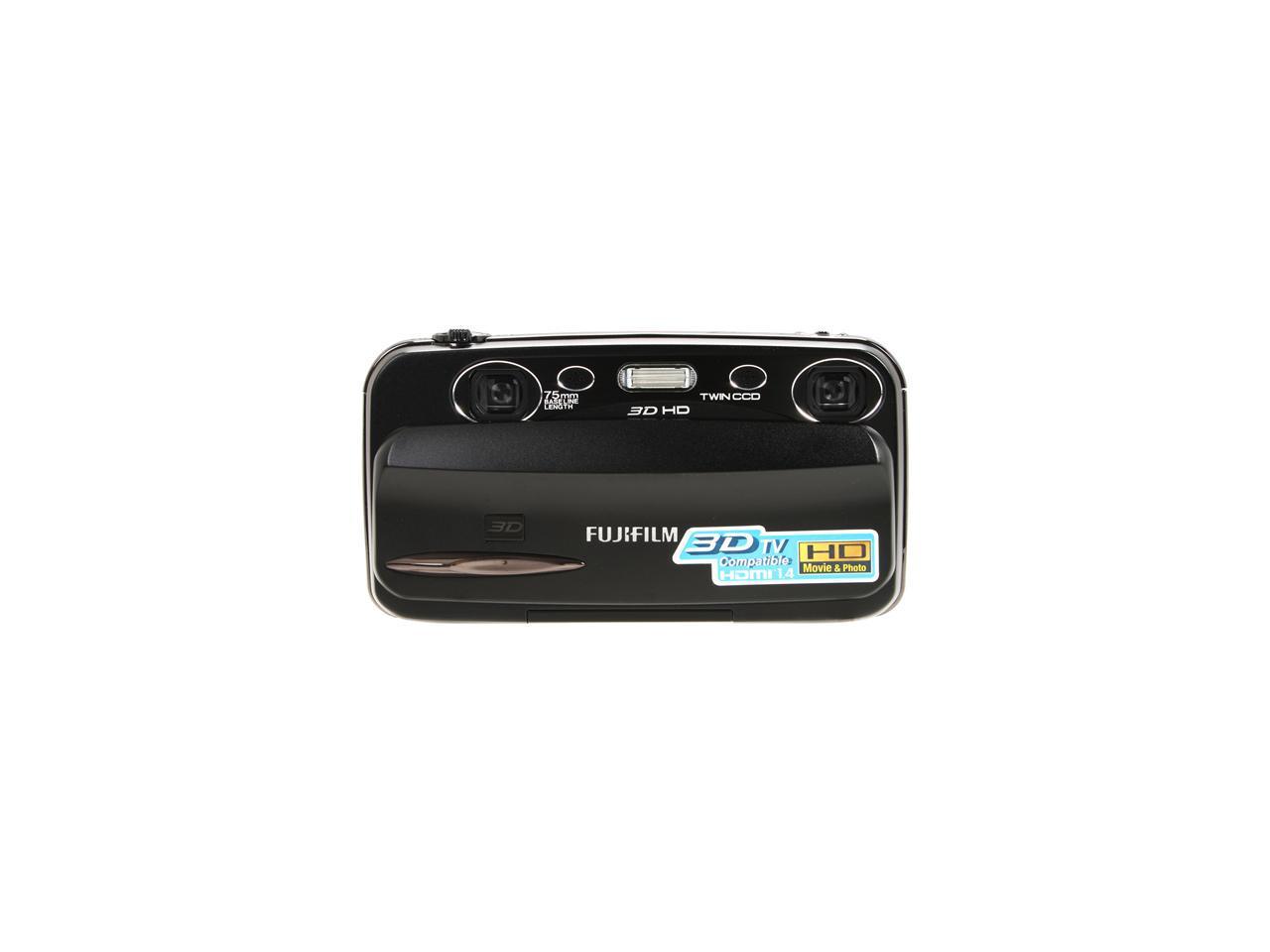 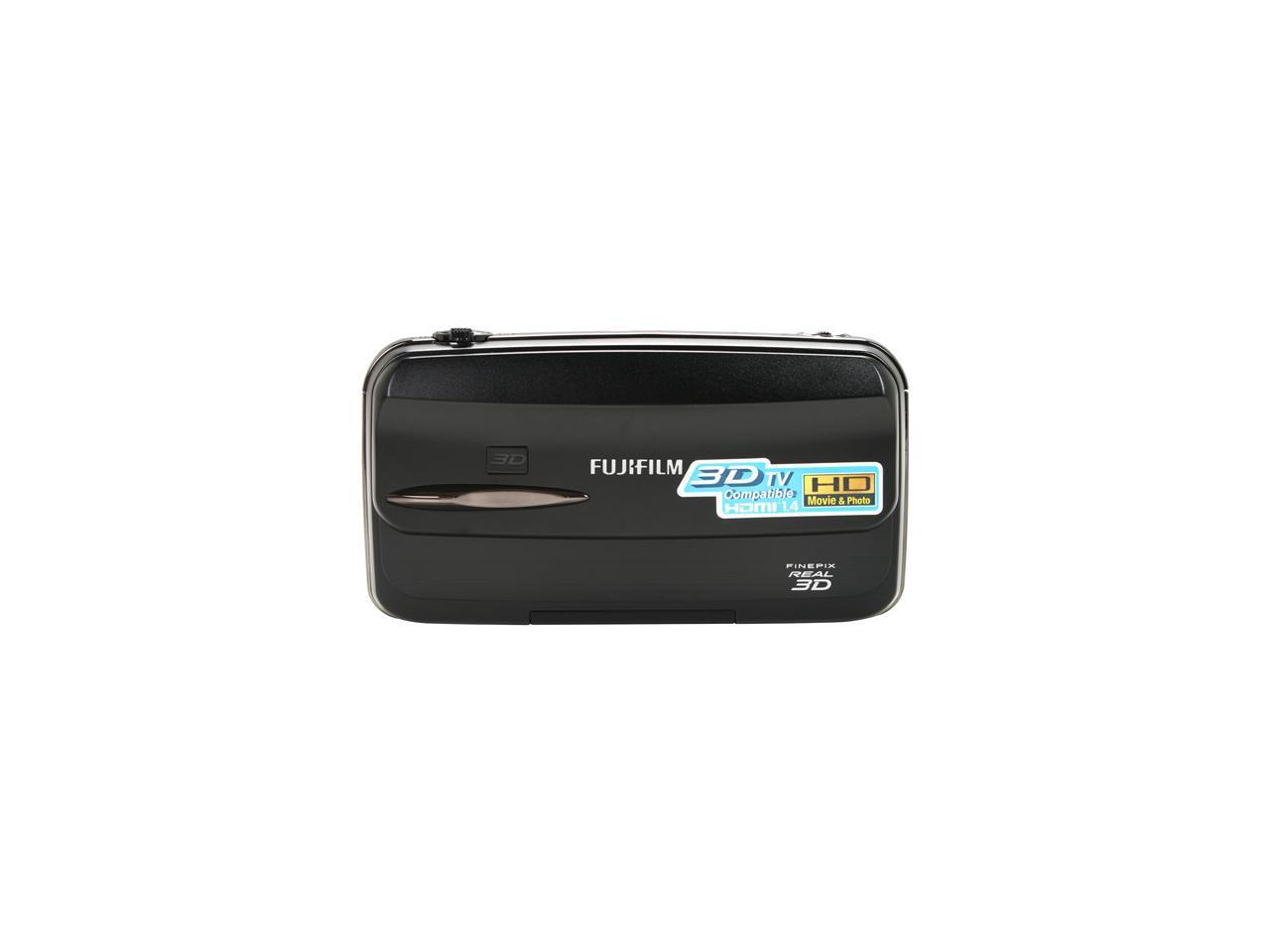 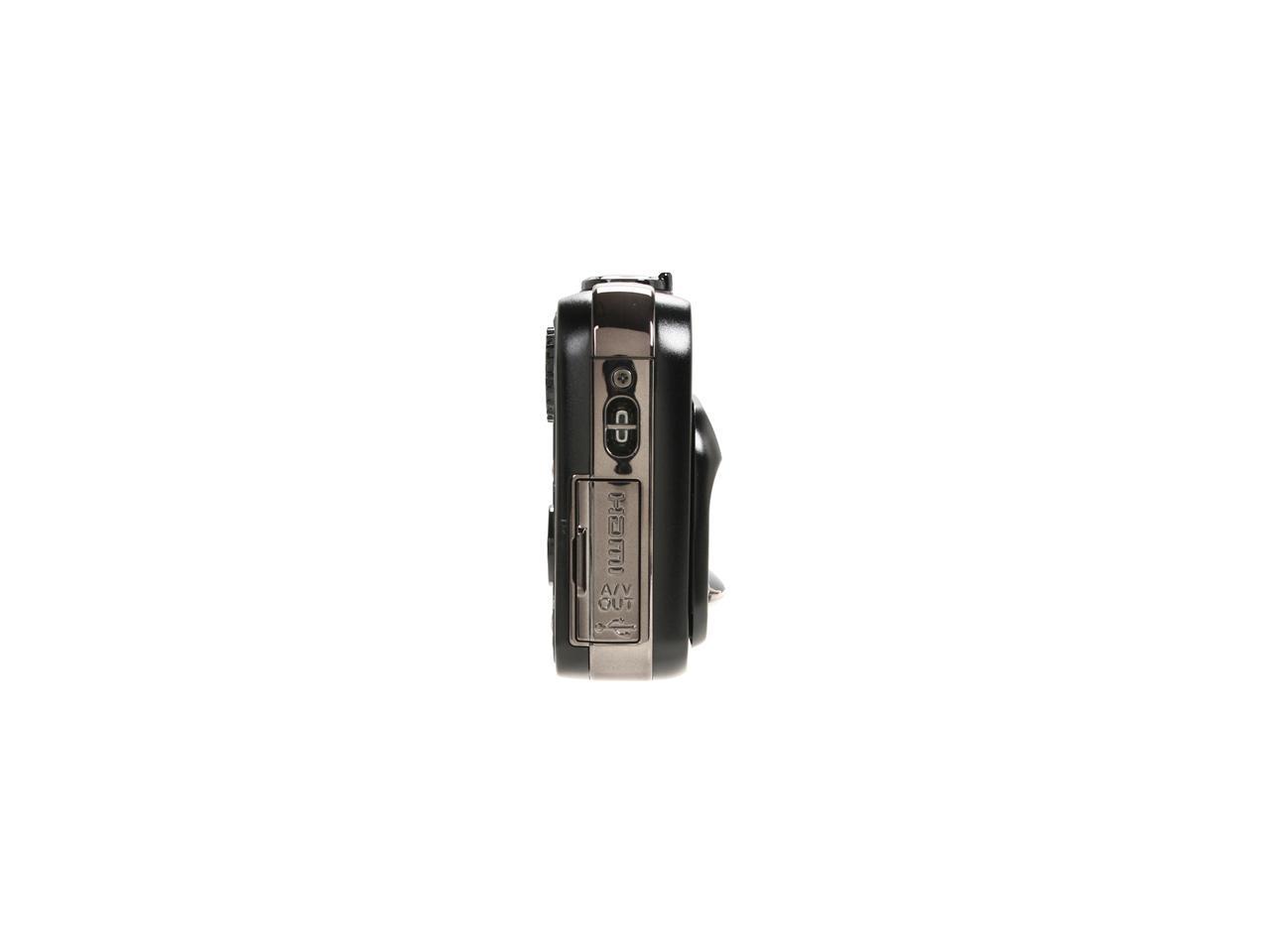 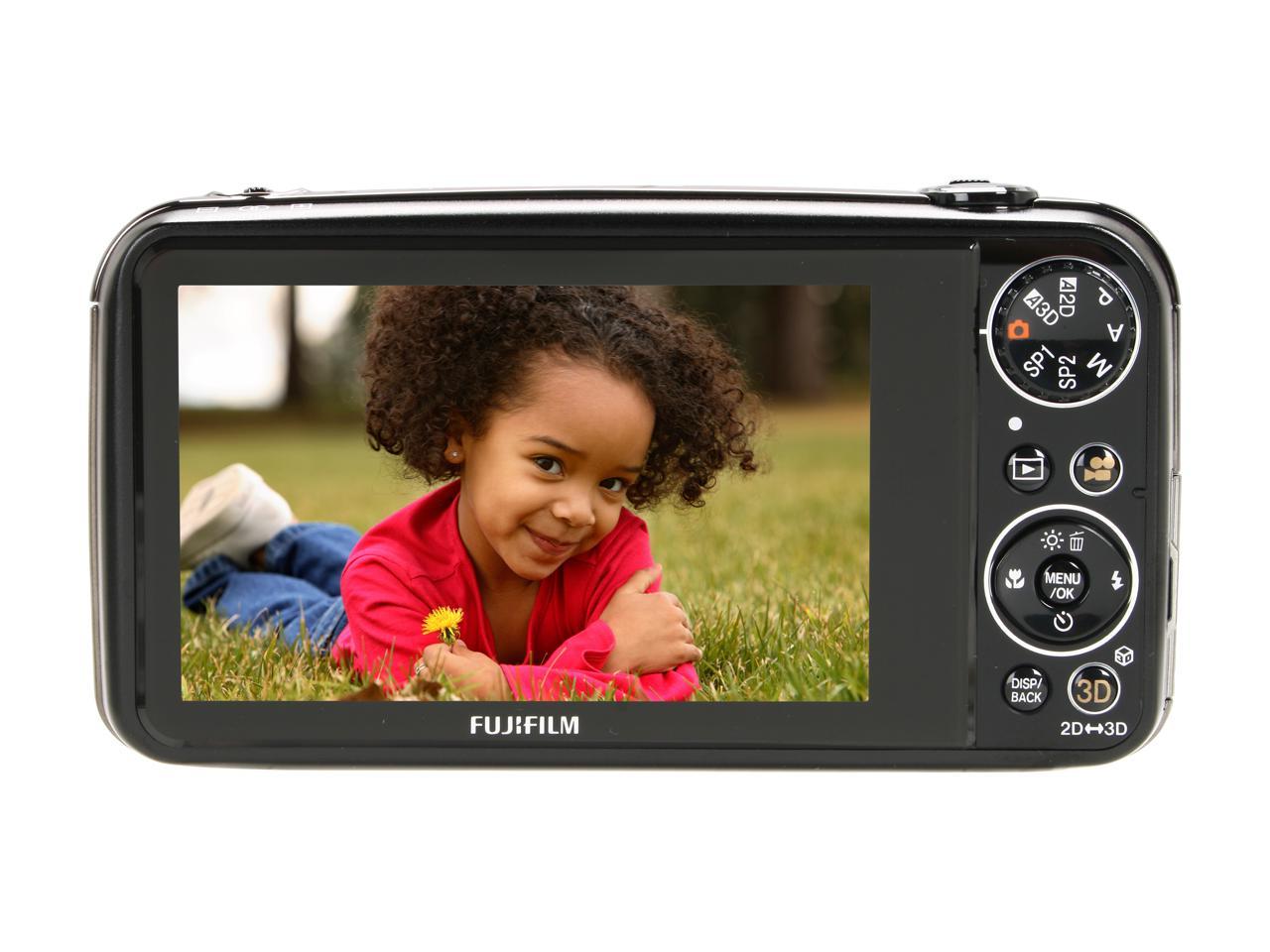 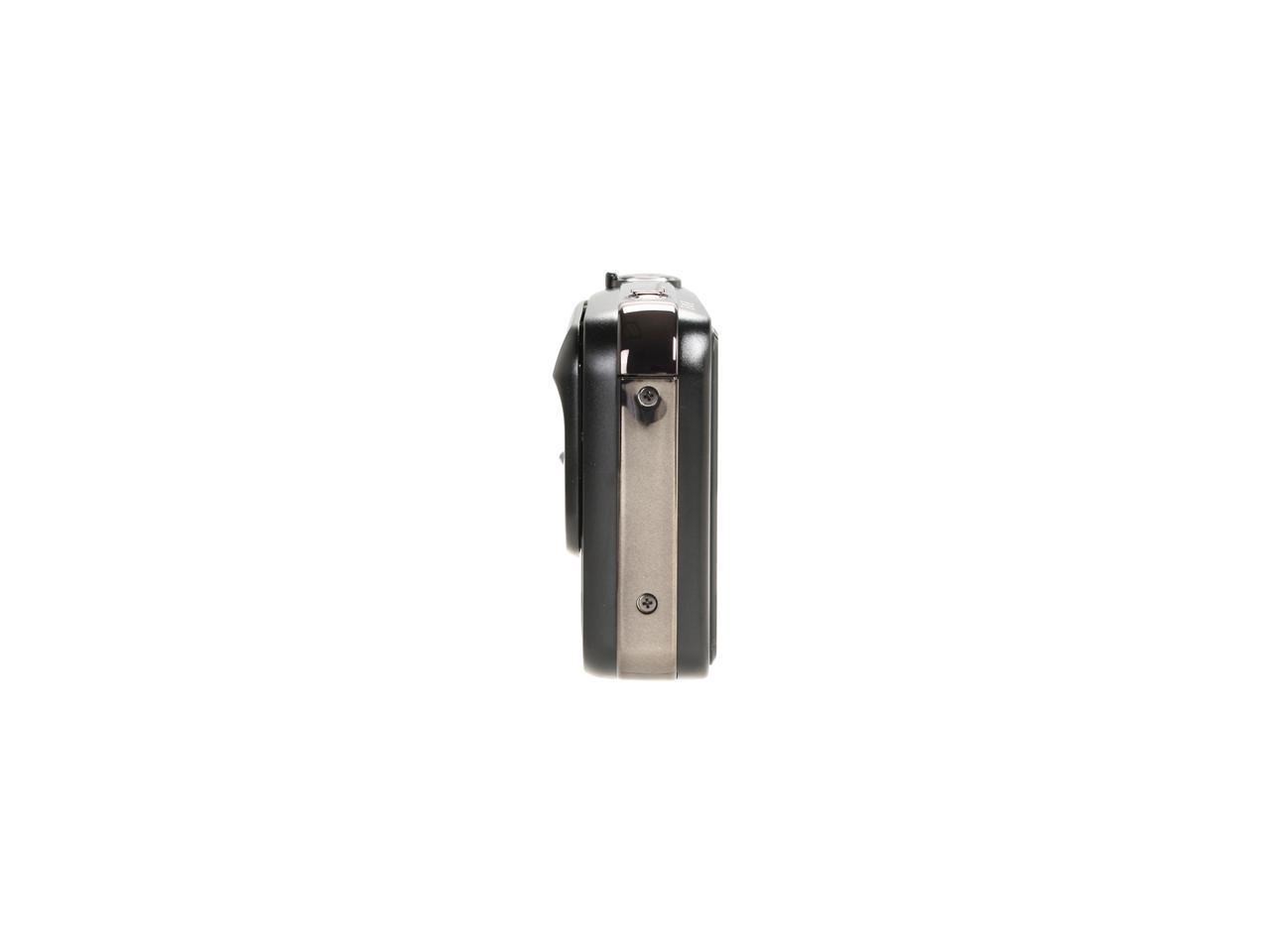 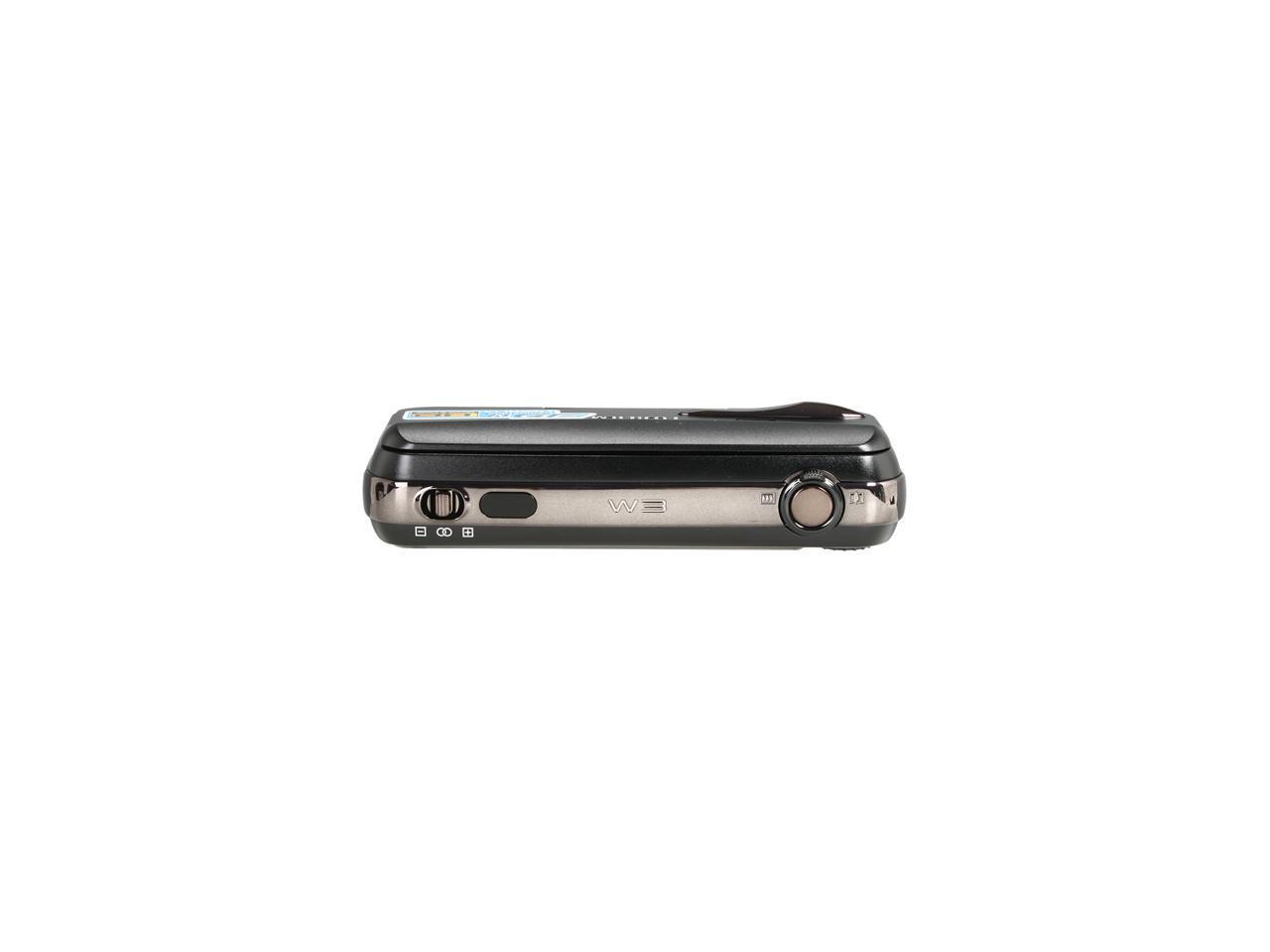 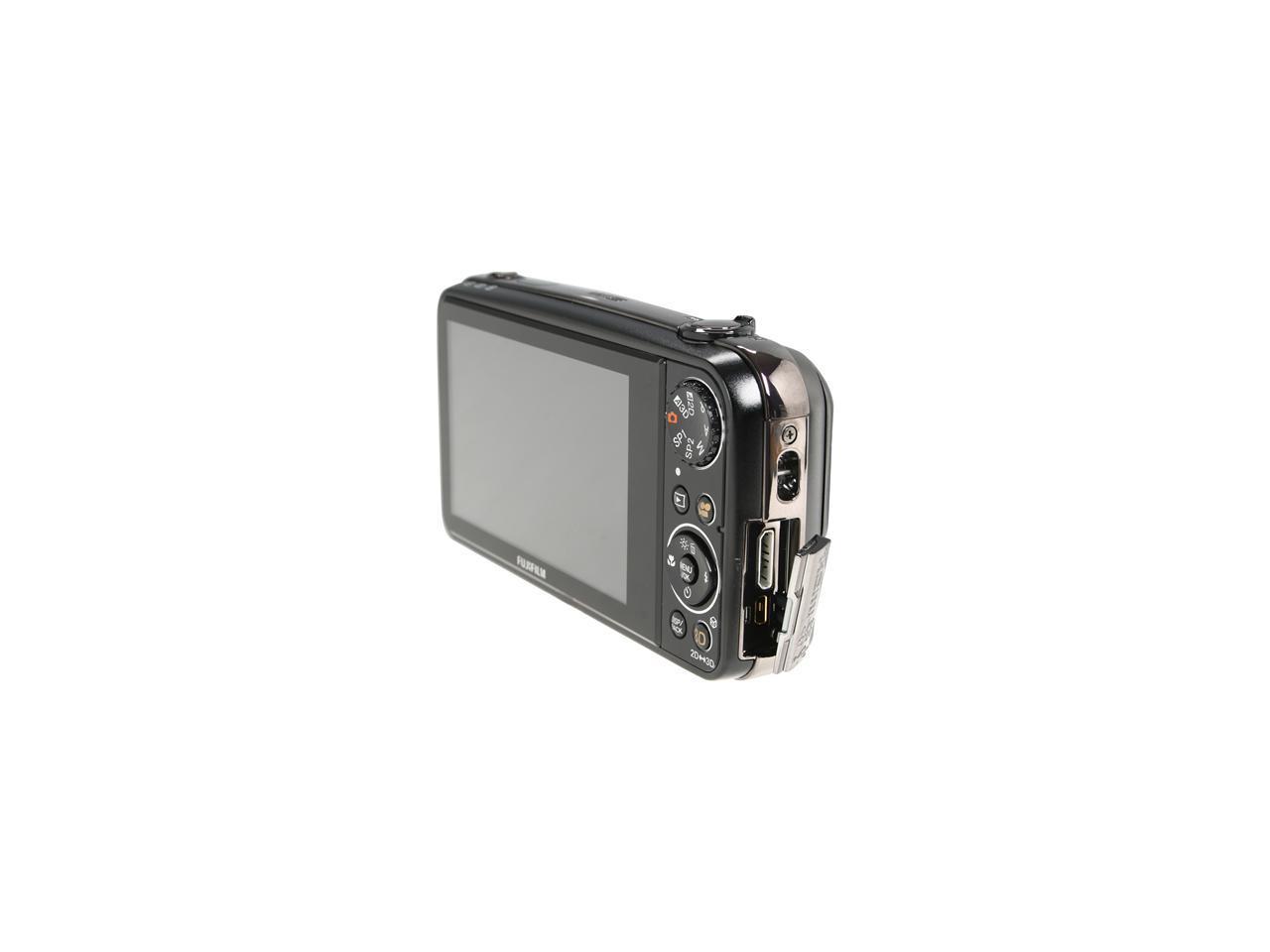 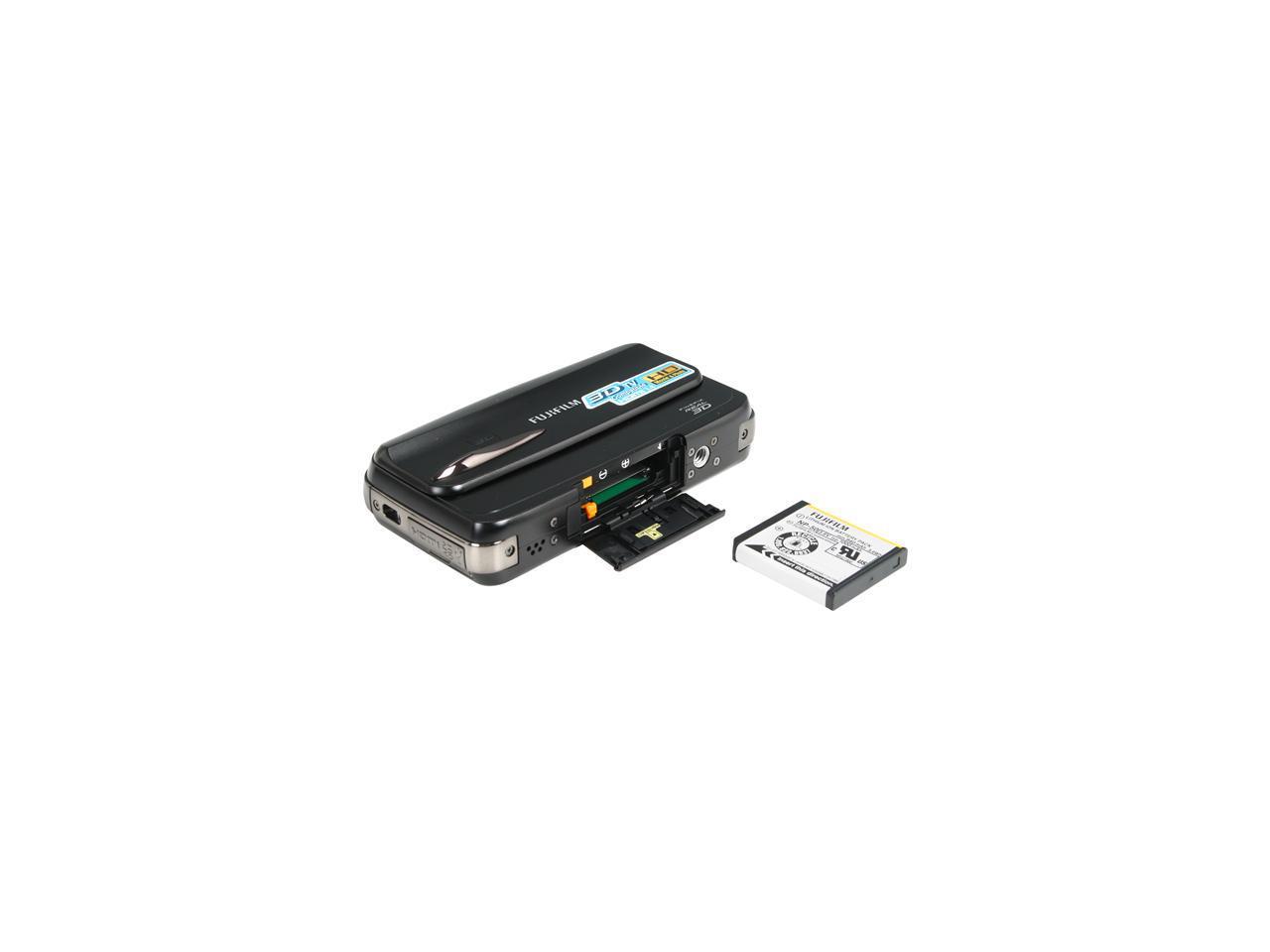 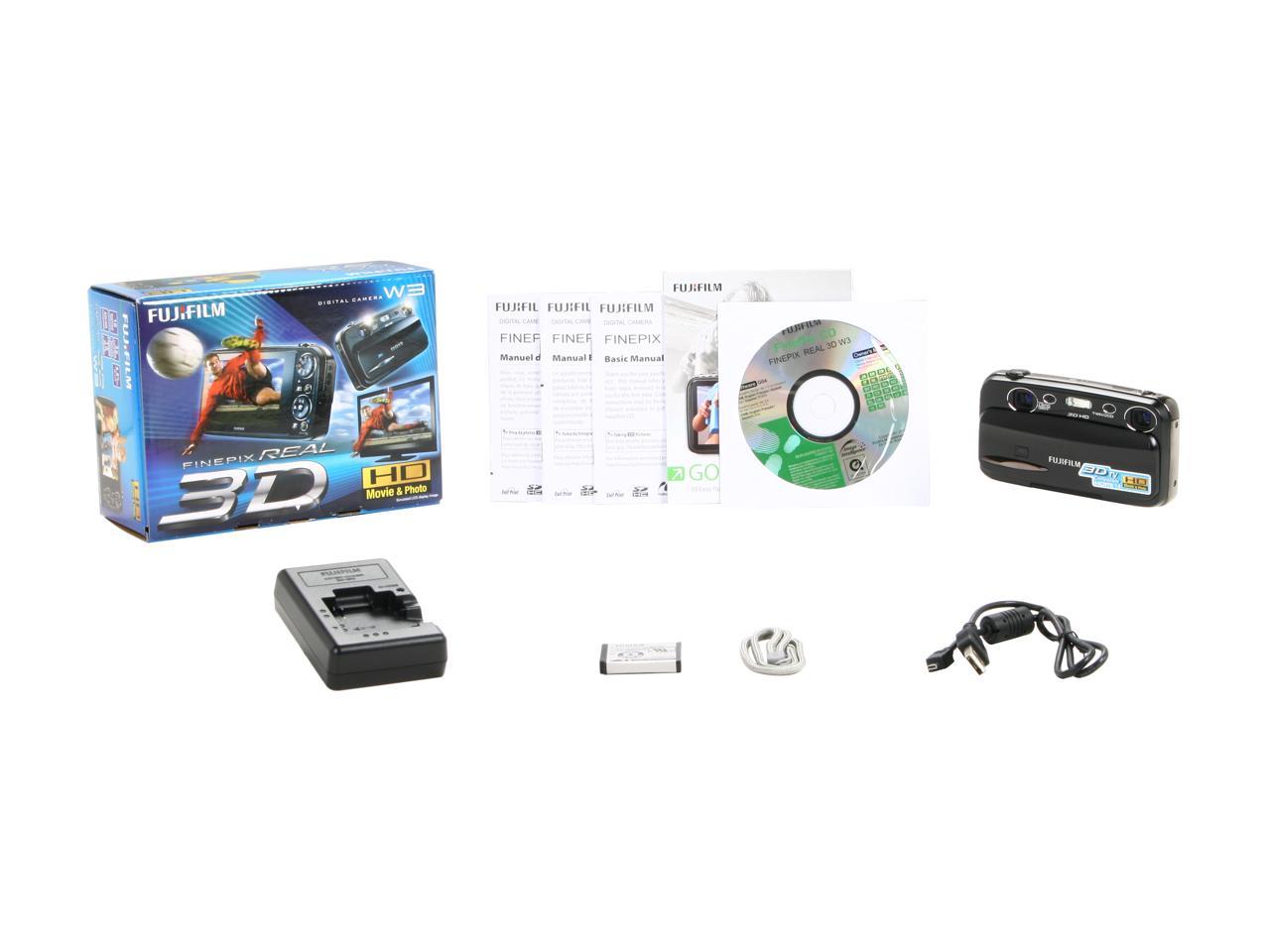 The new Fujifilm FinePix REAL 3D W3 digital camera puts 3D photography and movies right at your fingertips. Capture stunning 3D images and high-definition movies and play them back on your 3D TV via a simple HDMI 1.4 connection.

The W3 boasts Fujifilm's advanced dual-CCD, dual Fujinon lenses system to capture stereoscopic images and movies in high-definition 720P resolution with outstanding image quality and depth. The W3 also features a 3.5-inch high-resolution auto-stereoscopic widescreen display, allowing you to view your shots in 3D on the fly, with no glasses required.

Benefiting from its dual-CCD/dual-lens system, the W3 is also a very capable 2D camera which can yield two images at one press of the shutter button – capture the same scene in different colors, at different zoom lengths and at different sensitivities.

Pros: Unlike other cameras, this one can do 3D, so that's a big plus. It's relativly easy to use, and I really like the lense cover that functions as an on-off switch. It's pretty sturdy, and seems to be built with quality materials. The big bonus for this camera is the "fun" aspect of it. I brought it out at a party and it was very quickly the center of everyone's attention.

Overall Review: I think this is a fun product, and I still enjoy it, but I think the price needs to drop another $200 to make it worth it. There are a few settings that I haven't fully played around with yet, and once I master them, I can probably improve the photos a bit. The bottom line: This is a fun toy, over-priced, and not for professionals.

Pros: All metal case feels heavy and well constructed. Screen is nice for actually viewing photos you took in 3D. Its very decent for its size. Pictures look great on large screen 3D HDTV. 32 MB Built in Memory so you don't need to buy a memory card right away, but you should. On screen help when you change modes is helpful for the 1st time user.

Cons: Viewing 3D pictures on the camera itself isn't satisfying after the first few minutes and the novelty wears off. Only records 11 seconds of video on built in 32 MB. I'm not sure if a memory card will allow more video time or if 11 second bursts are all it can do. You definitely need a large memory card for video. 3D image adjustment is easy to do, but its hard to tell when you get it perfect. You know when its wrong because it hurts your eyes. Still priced about 25% too high.

Overall Review: The pictures on a 3D TV are great. I would not buy this camera before having a 3D TV. I returned mine because I don't have a 3D TV, but will buy the camera again when get one. Its worth getting a 3D TV just for this camera, even if you don't ever watch 3D TV or a movie!

Pros: The camera does what it's supposed to do. it takes 2 pictures from different perspectives using 2 cameras. The camera has a lot of very interesting features for 2d photography... and even some unique ones for 3d... such as taking a picture with no flash, and then another immediately after with the flash. for 3d pics... this is very nice. The auto parallax is also pretty good. The screen on the back is FANTASTIC. The 3d images look great. easy to see. Crisp screen... even in 3d. looking at pictures is a true enjoyment. This is one HUGE benefit of this camera. The fact that you have a means to look at the pictures, and show them to others. There aren't many options out there right now for viewing. This screen is fantastic, and I can't wait for them to really utilize this technology for larger screens. The price right now is actually pretty nice, since there are no other options out there... and it really does have everything you need to really enjoy 3d photography

Cons: camera quality isn't fantastic. Not horrible, but not the best in the world. guess I"m used to my Canon cameras. Video quality is a bit choppy. There aren't really any other complaints... the screen alone is an exciting thing to own.

Overall Review: The camera is really cool, and I enjoy using it. The only issue to me is that the parallax adjustment is DIGITAL. it's not analog. Basically, the cameras never move. they're fixed. Parallax changes simply slide the pictures across eachother. If you want the whole scene to be pushed back a bit because something is too close, it can do that, but it's not natural. The way the eyes work to adjust the parallax convergence is to move the point of focus closer or further away. if you look at something closer to your eyes "point" to it. if it's too close, you end up crossing your eyes. This also changes the angle of each eye. This camera can't do this. Built my own 3d camera using 2 cheap cameras and a special mount. I could tilt the cameras so the center of each screen was what I wanted to be the focal point. The pictures looked truly fantastic. This camera takes the best images at a very specific distance. Anything closer looks... not totally right. Even if you adjust the parallax.